Everyone remembers where they were that day.

I was in high school, and without time to dry my soaking wet hair after an early morning volleyball practice, I rushed down the darkened school hallways toward my English class. As I slid into my seat, it was quickly apparent that the quiet, sullen mood had nothing to do with my tardiness, and everything to do with the fact that the world had changed in an instant.

Fast forward nearly 13 years, and I found myself planning my first getaway to New York City. Along with the obvious landmarks like the Empire State Building and Times Square, I knew without a doubt that I would be making a trip to Ground Zero to see it with my own eyes. All of those horrific images etched in my memory over the past decade would soon become even more real. 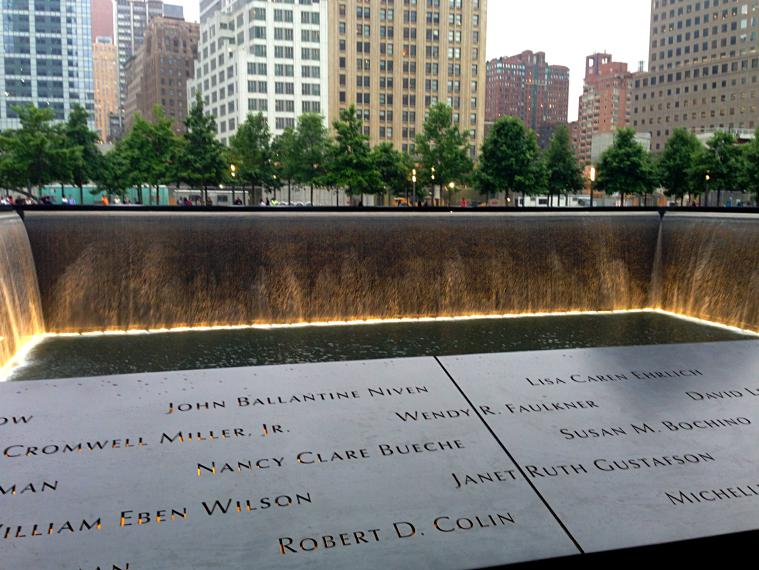 In the years since the tragedy of September 11, the site has transformed from an ugly pit of twisted metal to a gaping hole, then to a memorial. It would be rather peaceful were it not for the hub of activity as thousands of workers rush to transform the area that once housed those famous twin towers. The spots where the buildings once stood have since been fashioned into the 9/11 Memorial, which is made up of two huge pools, complete with 30-foot waterfalls cascading into the centre.

The names of the nearly 3,000 victims are etched on the sides, and it is common to find a single white rose wedged in, marking an important date like a birthday or anniversary that will never be celebrated again. 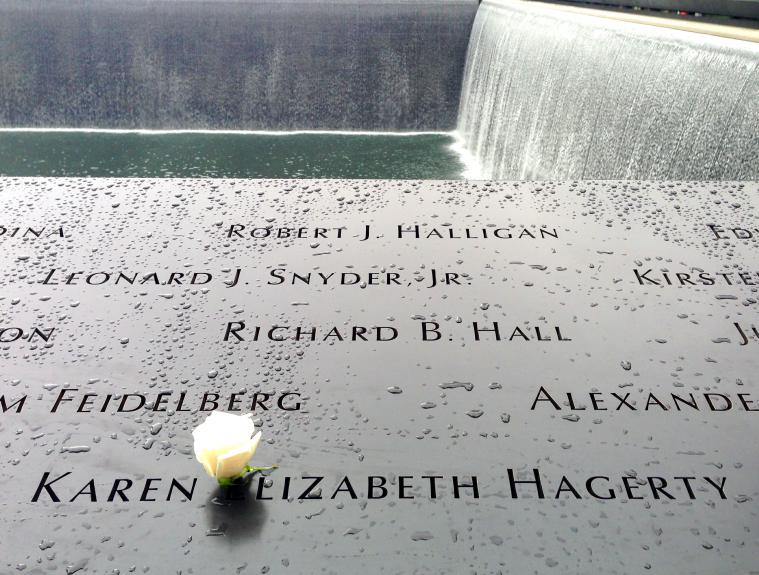 The Freedom Tower has also since been erected, along with a tribute centre. Then in May 2014, the much-anticipated 9/11 Memorial Museum finally opened its doors to the public.

After going through airport-like security, visitors head down an escalator past some of the original beams recovered from the towers before heading into the huge exhibition hall. 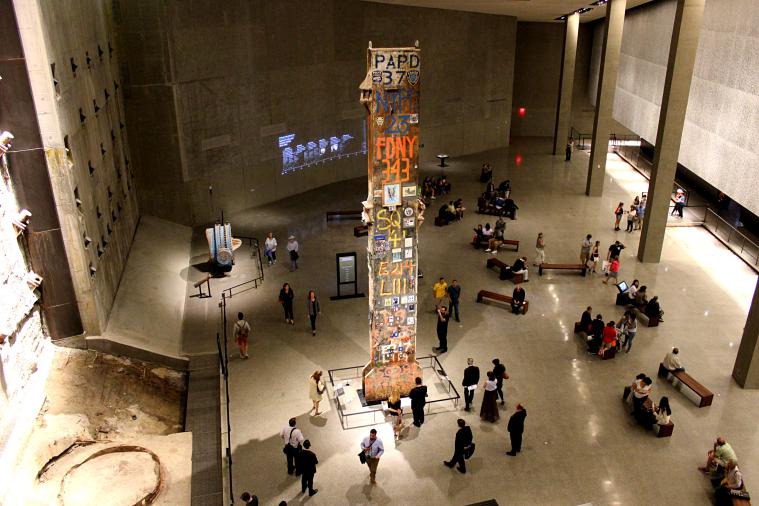 A beam that was part of the World Trade Center.

It starts off with images taken on September 11, showing witnesses reacting as the towers fell. An audio track also plays, with people sharing their memories from that devastating day. The museum itself is full of artifacts recovered from the scene, such as a burned out fire truck, the famous American flag that was hoisted up from the wreckage by rescue crews, and items like wallets or police badges found in the wreckage.

Incredibly, one of the original staircases that survived the towers’ collapse is still standing, and has been incorporated into the museum. 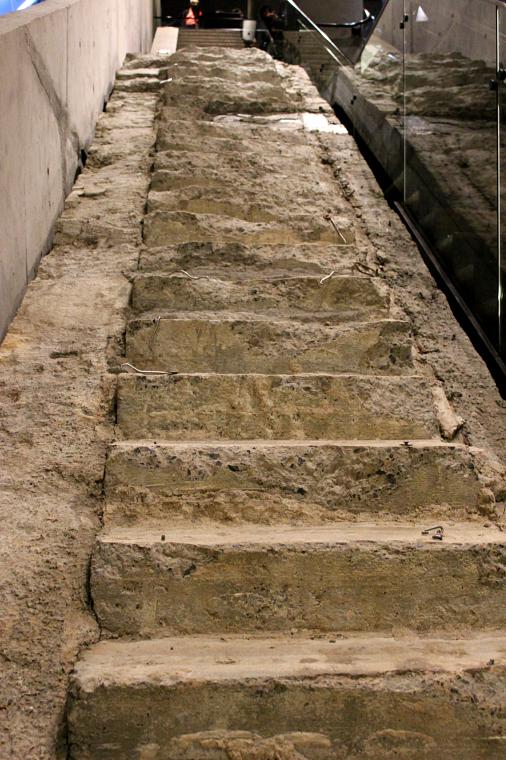 An original staircase from the World Trade Centre.

Visitors then pass through a hallway called the Tribute Walk, which is home to a massive quilt telling the story of 9/11 and has the faces of every single victim. There is also a very touching tribute to a fallen firefighter, who was working to restore an old motorcycle before his death. In the years after he passed, volunteers came together to restore the beloved bike and turn it into a bright red, shiny reminder of the life he lived. 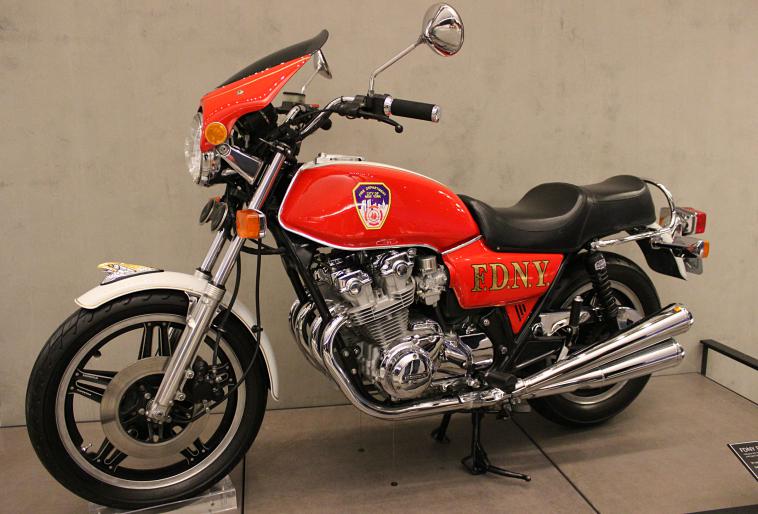 This motorcycle was restored in honour of a fallen firefighter.

I was absolutely stunned at what I saw next.

Turning the corner into the In Memoriam exhibition, there is an entire room covered with photos of the 2,977 people killed in the attacks on the World Trade Centre, Pentagon and in the four planes that went down. It is beyond shocking to see that many faces, and realize the enormous impact of how many lives were lost. There are also a number of computer terminals where users can scroll through all the photos, then click on them to learn more about the victims.

Afterwards, visitors continue through the museum where there is a three-part exhibit detailing the events of September 11. They include breaking news reports from when the first plane flew into the tower, cockpit recordings from during the hijackings, first-hand accounts, artifacts like the huge shards of glass that rained down on the street below, and a detailed timeline of exactly when everything happened. 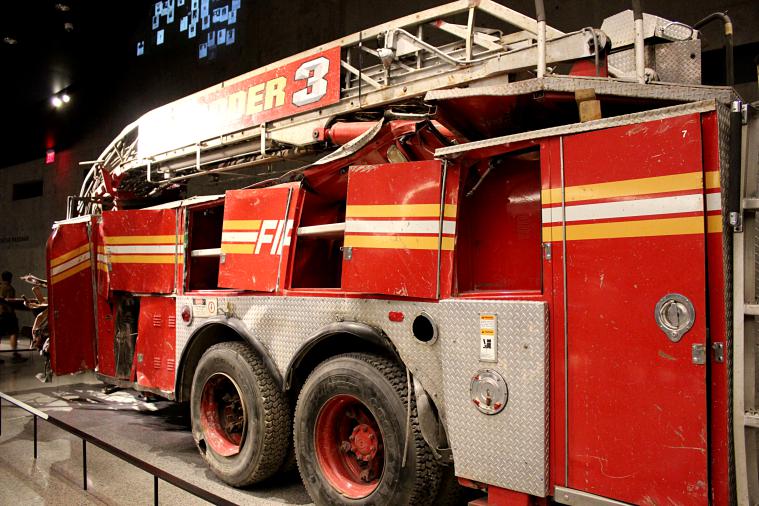 A fire truck that was destroyed during the towers’ collapse.

It is hard to hold back tears at some points, such as when you can pick up a phone and listen to an answering machine recording. On it, a man on one of the hijacked planes makes a final, heartbreaking call to his wife, saying how he “loves her like crazy” and to tell his family the same.

But perhaps the hardest part of the entire memorial for me was a section dedicated to those who decided to jump out of the sky-high towers, instead of waiting to be overcome by smoke and flames. Not only were there photos (which I completely avoided), but also quotes where people who witnessed such acts shared what they saw. I’ll never forget one man who said that he watched a woman stand on the ledge for what felt like minutes, then when she finally decided to leap she modestly held her skirt down. He was so taken to think that even in her final moments, human nature still took over. 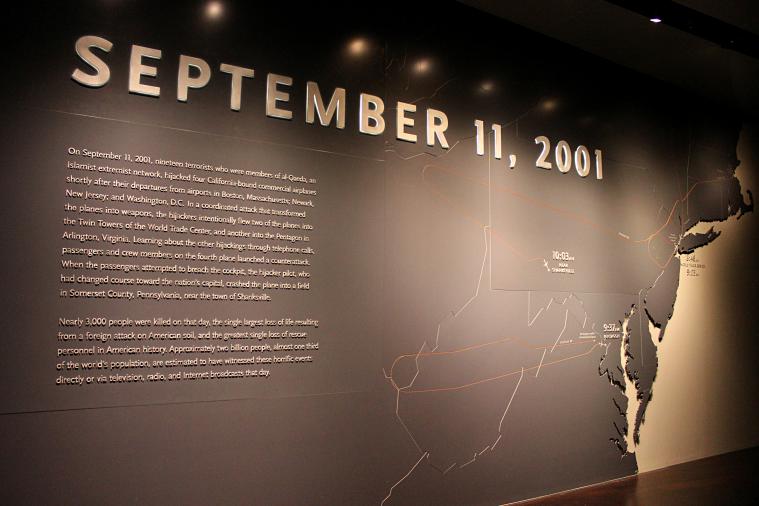 The entire exhibit ends with a series of reflections about 9/11, and how it has changed the world as we know it. Not only does it feature insights from politicians, journalists, survivors and family members of the victims, but visitors are also welcome to share their thoughts in one of the recording booths.

All in all, the 9/11 Memorial Museum is an incredible tribute to the events of September 11, and a huge reminder of all that was lost.

Tickets: Adult tickets are $24, or $15 for those aged 7-17. Admission is free for all visitors from 5 p.m. to 8 p.m. on Tuesdays (last entry is at 7 p.m.), and some tickets are available to reserve online two weeks in advance. Same day tickets can be picked up at the ticket window, starting at 4 p.m. There are also discounts available for members of the U.S. military and NYC emergency responders.

To save time, buy tickets online (service charge applies) so you can pick your entrance time, which are in half-hour waves. Otherwise, you’ll have to queue up to buy tickets, then will likely have to wait at least an hour until the next entrance time. While deals like the New York Pass

currently don’t work for the museum, they will get you in the nearby tribute centre. 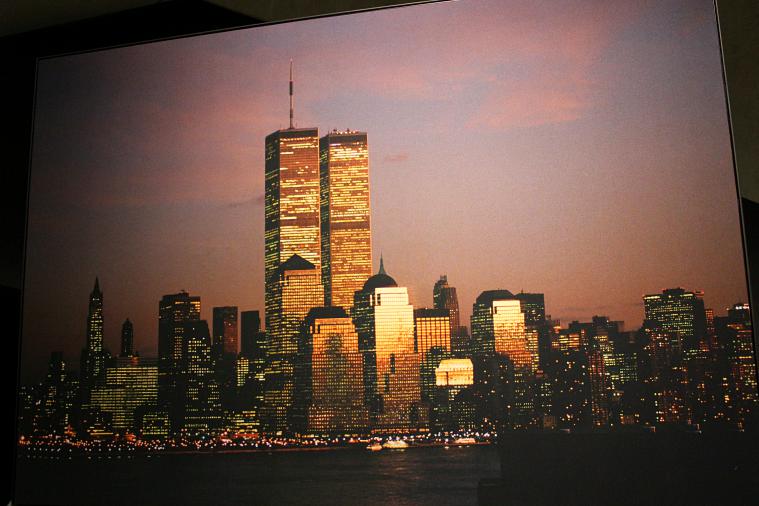