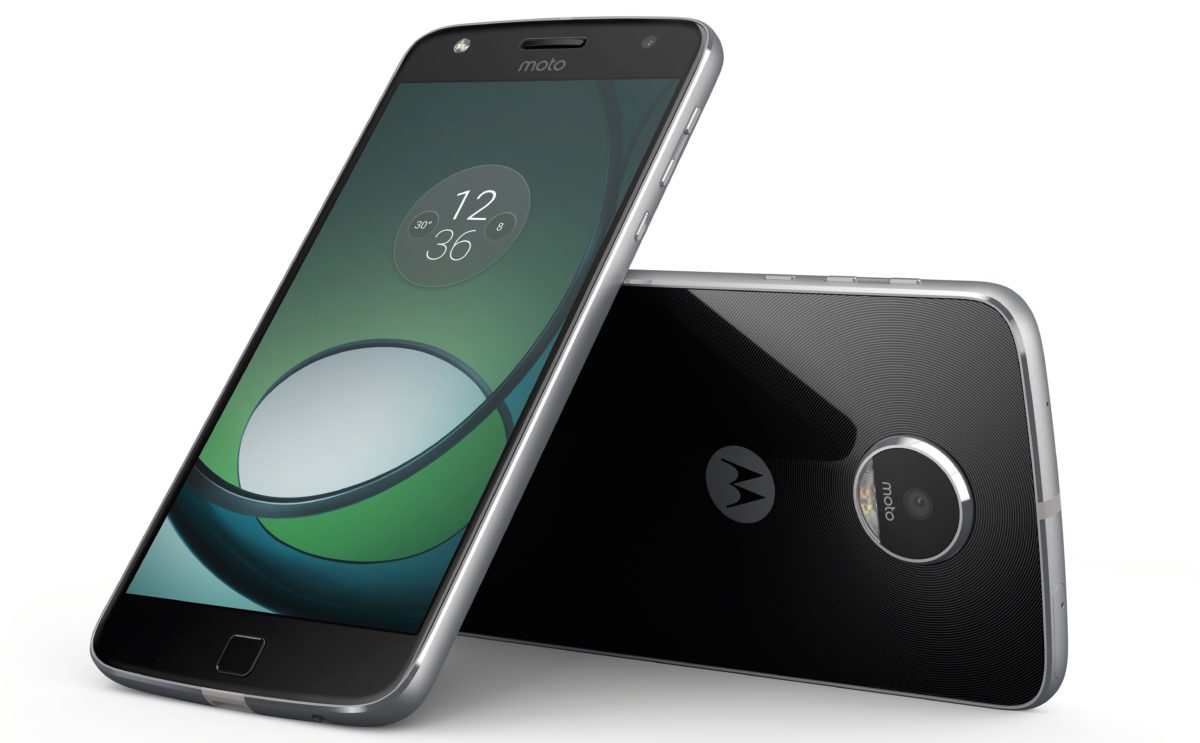 I was in a long-term relationship, and I cheated.

It’s not like I planned on it, but frankly I’d reached my breaking point and felt like I had no other choice. There were so many horrible let-downs recently, that I couldn’t even remember the good times when everything was new and fun. The lustre was gone, there was nothing left of our nearly decade together to salvage, and it was time to move on.

So, after 10 years together, I finally left my iPhone for another device.

The new object of my affection? A shiny Moto Z Play which is (gasp!) an Android. And everything that the iPhone isn’t, and couldn’t give me no matter how much I begged and pleaded during countless Sunday night visits to the Apple store.

So how did everything between me and the iPhone go so wrong, that I was easily seduced by this new gadget from Motorola? Here’s a glimpse into our love story.

For those of you who haven’t heard about this hot new stud, here’s the deal. The Moto Z Play ($650) is like your typical Android smartphone, but with one brilliant feature that puts it in a league of its own: the Mods. Mods are add-ons such as battery packs, zoom cameras, screen projectors and stereo-worthy speakers that seamlessly attach to the back of the phone using super powerful magnets. They’re a breeze to take on and off, so it’s easy to switch them out depending on what you want to use. That much power in a pocket is something my iPhone couldn’t give me. 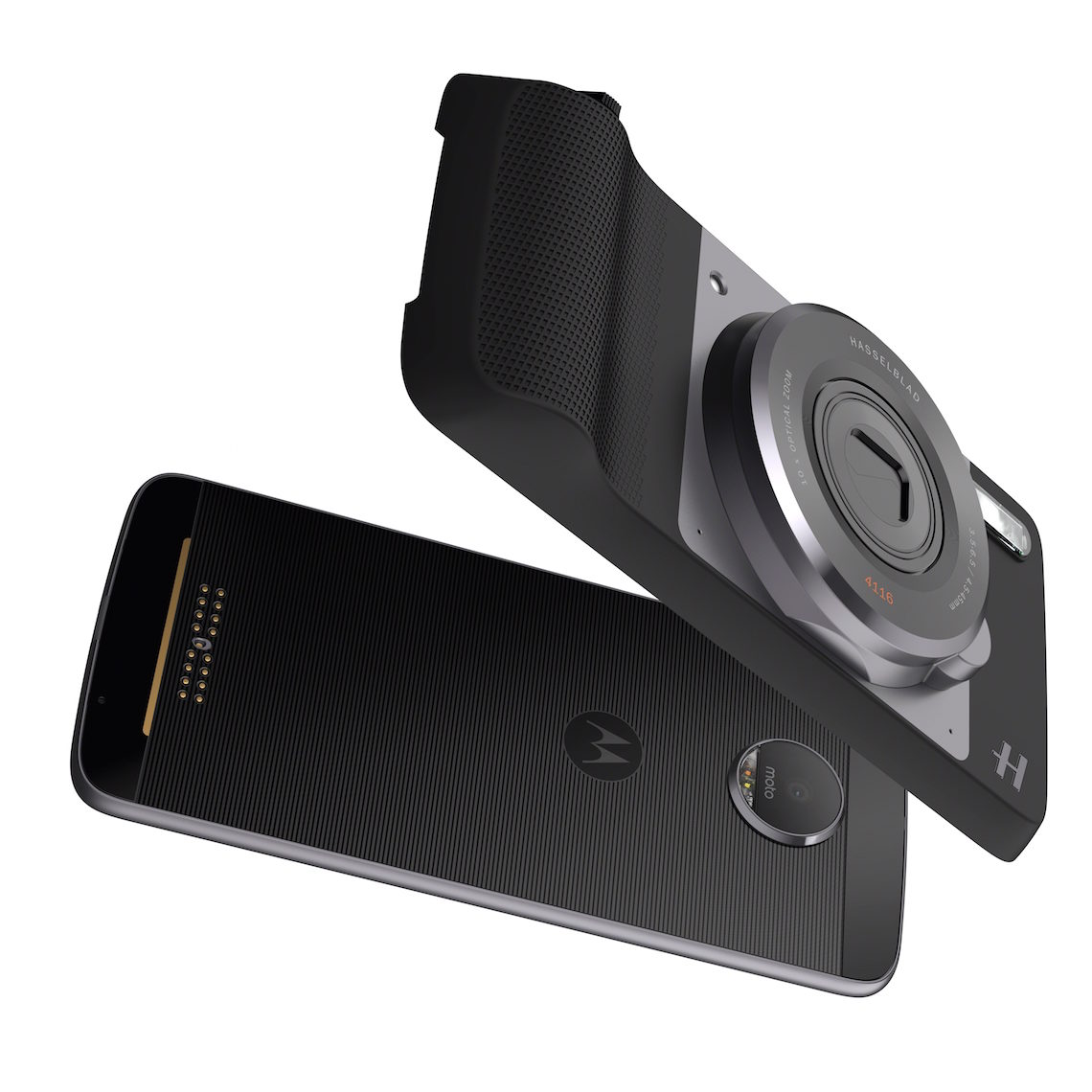 As someone whose livelihood revolves around content creation, the durability of my electronics is critically important. So you can imagine how stressful it’s been over the past year, since my new-ish iPhone 6S let itself go and couldn’t be there to support me.

I think some combination of a software update and excessive Instagram use were to blame (not like Apple took any responsibility for the tech issues, though), and as a result my phone hadn’t been able to hold a charge if its life depended on it. Every morning, I would roll over and greet my fully charged iPhone, then browse social media for about 20 minutes by which point it would be down to 80% battery life. By the time I was ready to leave for work it was down to 60%—and if it was cold outside (which is all the time, because Canada) it would die before I even got on the bus. Oh, and if I turned on the data? Let’s just say, it didn’t “rise to the occasion.” As such, I’d been reduced to travelling with two portable chargers at all times, just to keep it on life support. As if I didn’t already have enough in my purse. 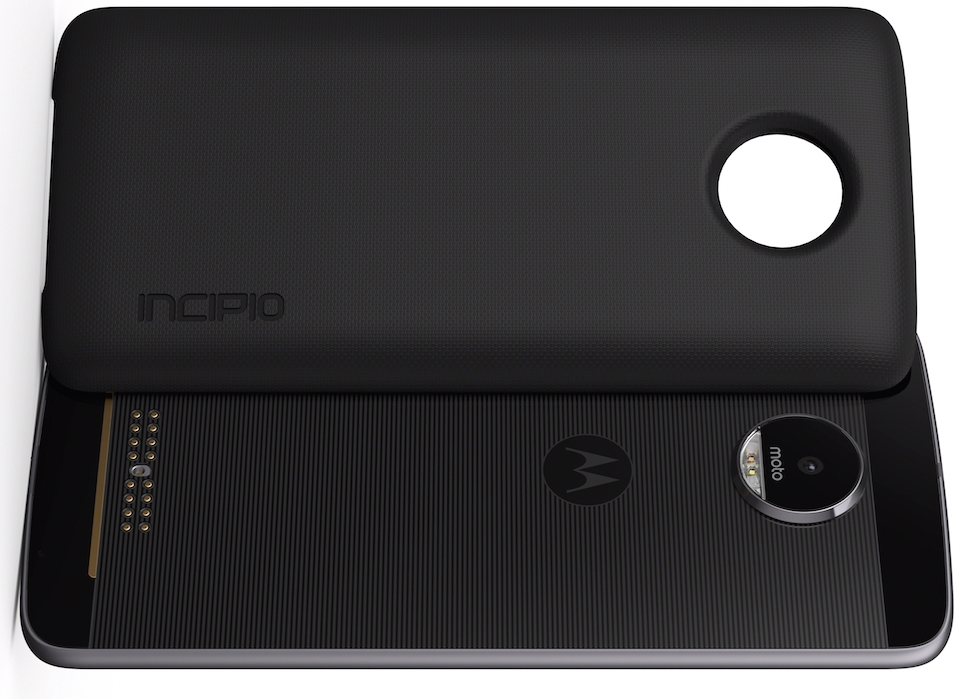 And that’s where my love affair with the Moto Z Play began. This beautiful specimen has a battery life that’s good for—wait for it—50 HOURS! That’s an entire weekend of Facebook Live videos, photo editing, booking spin classes, scanning pictures of my friends’ new babies then Googling the nearest wine bar. Did I mention its TurboPower capabilities, which gives users another nine hours of battery life with just 15 minute’s worth of charging? And that’s just in the base device—if you spring for the Incipio offGRID Power Pack Mod ($90), expect another 22 hours of battery life until you need to plug it in.

Now for the reason my Moto Z Play was love at first sight: the Hasselblad True Zoom mod ($349). This bad boy is a full on zoom, 16 MP camera that blows normal smartphone photos out of the water, meaning I don’t have to lug my clunky DSLR around all the time. 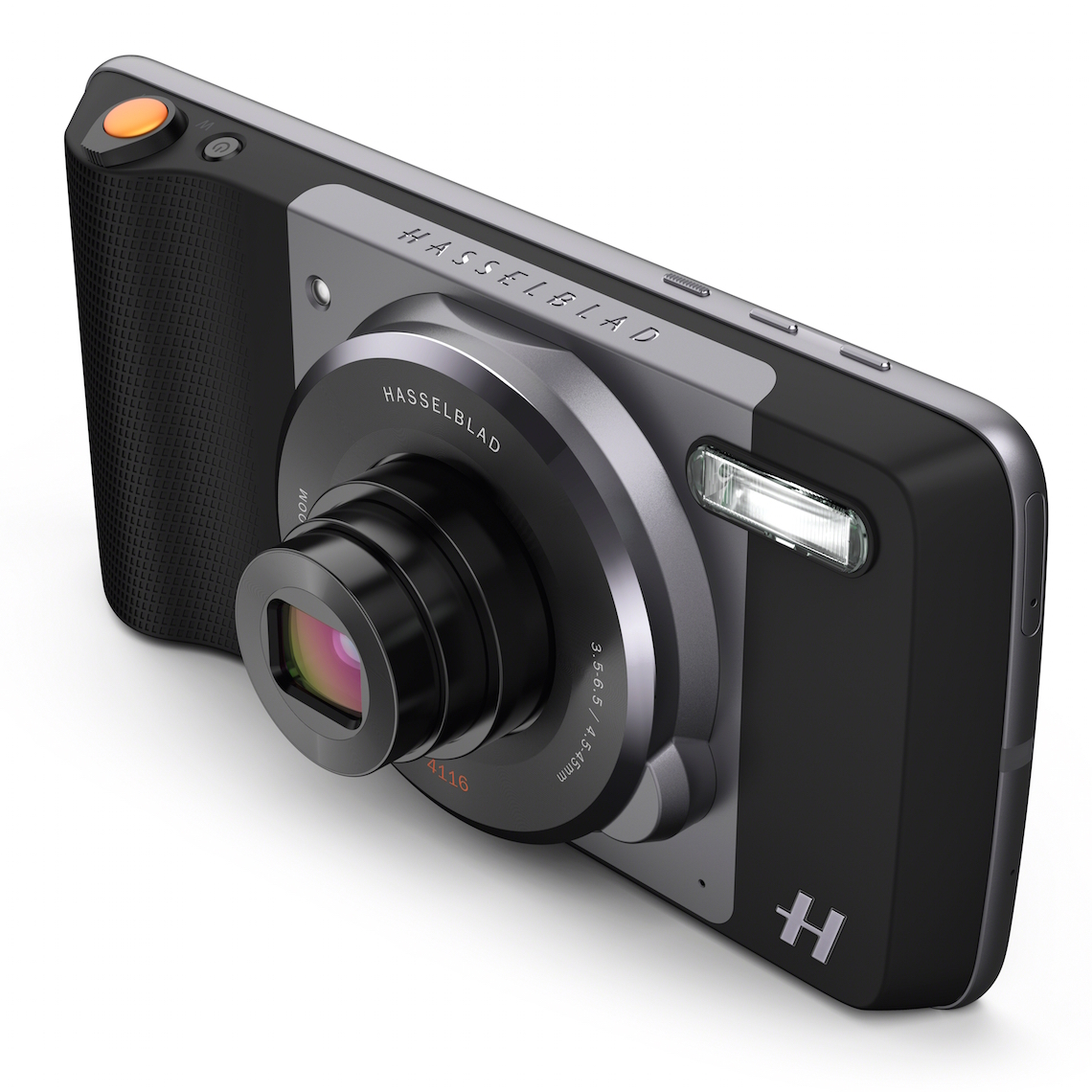 It’s got all the usual perks like selfie, panoramic and video modes, the functionality to edit instantly, as well as autofocus and flash. But what really sets it apart is how it behaves like a real camera. Shutterbugs will love the manual setting options (hello, waterfall photos!) and you can even save images in RAW format. 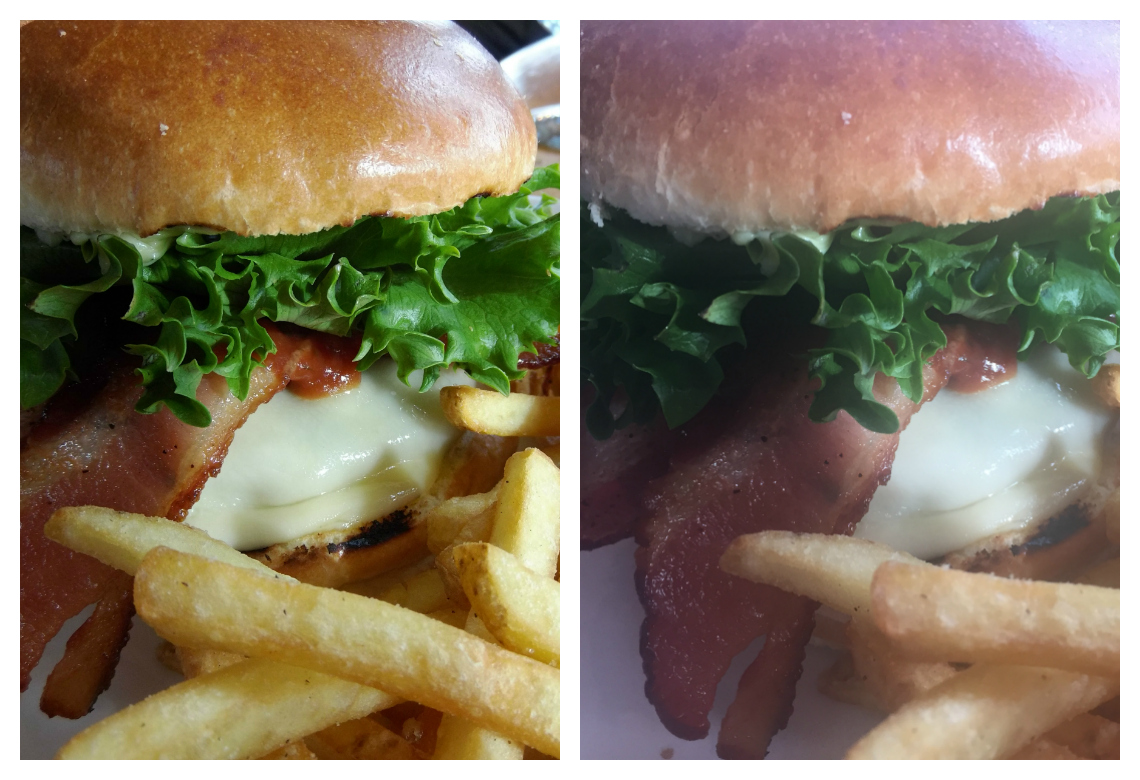 I photographed the exact same meal with my Moto Z Play (left) and my iPhone (right). Photos are not edited. We have a clear winner!

Considering I’d never used an Android before, I was blown away at how easy it was to get started with the Moto Z Play. It only prompted me to make a couple of settings choices before asking if I’d like to connect my Google and e-mail accounts, and in less than 10 minutes I was ready to go. It was a far cry from an iPhone, which always bugged me to enter an Apple ID that I could never remember, hand over my credit card information for the App Store that I never bought anything from, or automatically downloaded a U2 album that nobody wants.

Tip: Create strong passwords so that your data is not easily accessed, even if your phone is lost or stolen. Use separate passwords to protect apps which might use like banking, stock trading the and Casino Ontario app.

The iPhone has less than 12 GBs of storage space, most of which is stolen by software updates and apps. My new Moto Z Play has 32 GB, with the option to insert a microSD card for an additional 2 TB of storage space. Even Kim Kardashian doesn’t need that much. As someone who is content crazy, the ability to store an excessive amount of photos and videos on the Moto Z Play is a huge relief, and means that I don’t have to delete images on the go anymore. Bring on the selfies!

So, is my Moto Z Play everything I’ve been looking for in a smartphone?

Well like any relationship, there have been some hiccups as we get to know each other. For example, I’m pretty sure Air Drop is one of the best inventions of life, and I miss being able to share photos with friends on the spot or upload them to my MacBook Air with one click. And since I was attached at the hip to my iOS all these years, it’s been a bit of a learning curve navigating around an Android device. However, these are nothing compared to how happy I am in my new relationship. I mean, the camera is a game changer, the improved battery life has majorly reduced my stress levels on the road, and did I mention that the Moto Z Play has a normal headphone jack? Take that, iPhone 7.

Globe Guide received the Moto Z Play and mods at no cost to review. As always, partners have no editorial influence on articles and opinions are solely those of the writer. 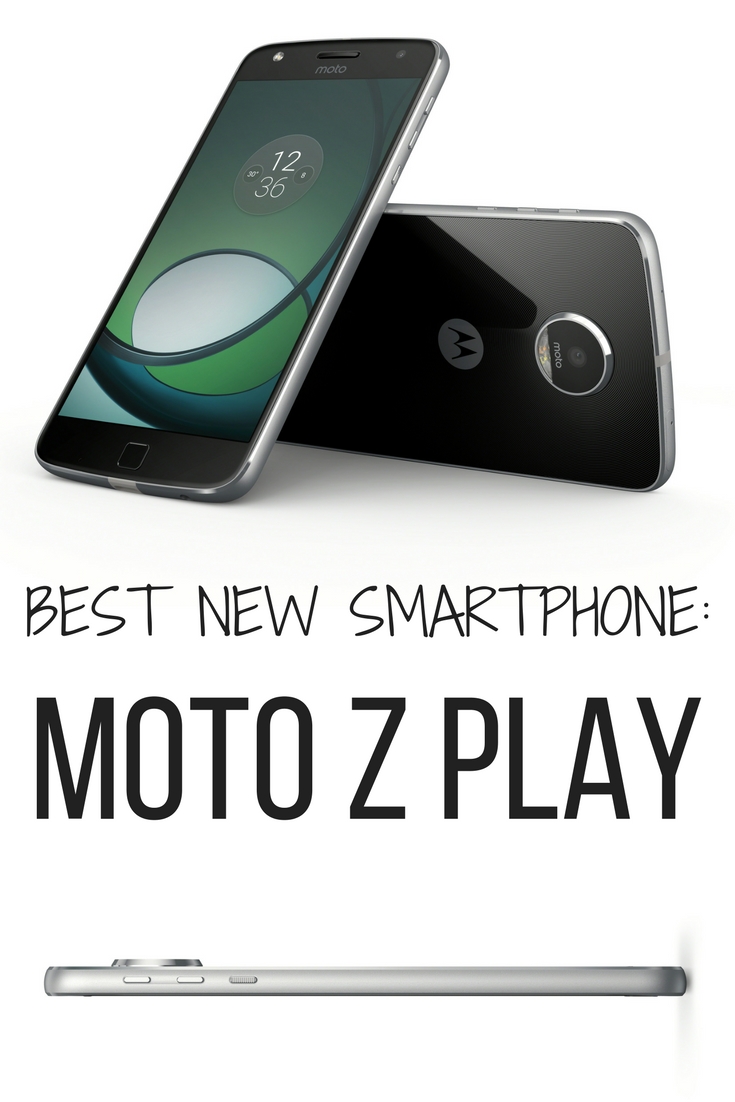