My European road trip—and how you can pick one of the destinations!

Hot off the heels of a fun girls getaway to New York City, I’m excited to fill everyone in on my next jaunt: a trip through Europe!

Europe is pretty much my favourite place of life, thanks to its gorgeous old buildings, fab scenery, delicious food and the fact that wine is cheaper than water. What’s not to like? This time, my sights are set on the central European countries, and will include some pretty bucket list-worthy adventures! On top of all that, we will be renting a car as we navigate through five countries—hopefully we’re still on speaking terms by the end of the trip!

After flying into Frankfurt, my husband and I will hop on a train to the city of Kassel. The city is famous for being the home of the Brothers Grimm (you know, the guys who wrote Cinderella and Rapunzel), and is also a stop along the famous Fairytale Route.

We’ll take a daytrip over to Hann Munden which is a small fishing village dating back to the 9th century, before the main event: an Indian wedding! Yes, our friends are getting married in incredible Bergpark Wilhelmshohe, which pretty much looks like something out of a movie. The days-long event will include the usual Sangeet and Mehendi ceremonies, as well as what’s sure to be a wild wedding reception. I’m so excited about this, as going to an Indian wedding is on my bucket list!

Now here’s where you come in…we’re torn about which spot to hit next, so we want you to choose!

Option number one is Rothernburg ob der Tauber, which is a huge hit with day-trippers on the Fairytale Route. It is made up of a medieval old town, and officials have taken great pains to ensure everything appears authentic—even the McDonald’s signs!

Alternatively, we could head to Nuremberg which is the second largest city in Bavaria. While it features beautiful old buildings, it has a sad history as being the place where a number of Jews were killed, and was also home to a number of Nazi rallies. The city then hosted the Nuremberg Trials, when those involved in the Holocaust were brought before a tribunal.

Vote on which one we should go to by commenting below, or tweet me!

First thing the next morning, we’ll drive a couple of hours south to Munich for…wait for it…OKTOBERFEST! This is the event my husband is most excited for, and I predict it will be a total gong show. Fortunately I’ve visited Munich before so I likely won’t need to duck away from the beer tents to try and take in the sights. In the mean time, I’m working on my stein-holding skills!

Hopefully we won’t have a terrible hangover (yeah, right) because the next day we will be driving into beautiful Switzerland. Our first pit stop will be the stunning city of Bern, which features orange-topped buildings bordered by the winding Aare river. Fun fact: there is also a pit full of BEARS right in the middle of the city!

If we have enough time, we’ll also check out what’s called the Emmental Cheese Route. After hopping on an electric bike, visitors cycle through the quaint countryside, making stops at local dairies to see how that famous Swiss cheese is produced. Sounds like the perfect way to spend an afternoon! 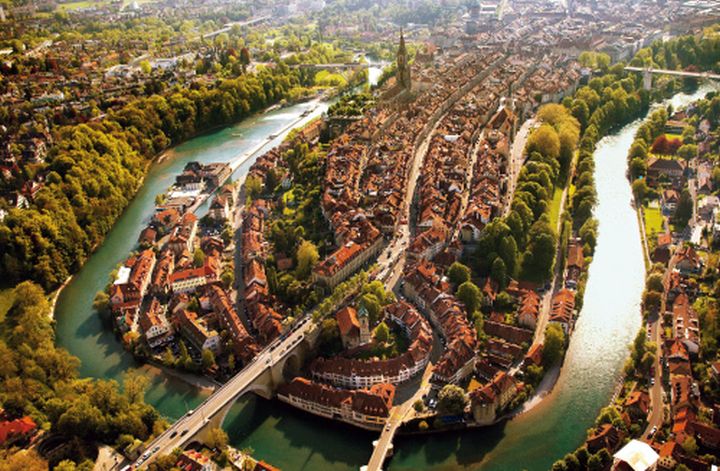 Since we’ll have a car at our disposal, we plan to make the one hour drive to Lucerne, which is described as one of the most picturesque places in the entire country. Tourists flock to take in its scenic mountain backdrop, bright blue lake, beautiful bridges and plazas and waterfront boardwalks. 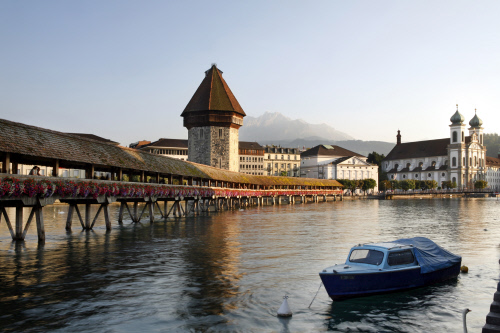 Liechtenstein just so happens to be one of the tiniest countries in the world, so that should make it pretty easy to check out in just a day. We’ll situate ourselves in the capital of Valduz and explore the top sights—and who knows, maybe we’ll even cross paths with someone from Liechtenstein’s royal family!

After our time in Liechtenstein, we’ll have one of our longest travel days: an approximate six hour drive to Slovenia. We plan to do the route through Austria so we may make a pit stop at the Swarovski headquarters or at some natural hot springs before pulling into country number five. I’m SO EXCITED to see Slovenia, as it looks like a fantastic mix of breathtaking mountain scenery, pristine lakes, cute, historical buildings and a great coastline.

Lake Bled is the most photographed spot in the whole country, thanks to that famous image of the church steeple on a tiny island in the middle of a piercing blue lake. Perfection.

Is it weird that I have a ridiculous time trying to spell Ljubljana? Anyway, after a couple of days in the Lake Bled area we’ll head down to the capital to wander around its gorgeous streets which are framed by the surrounding mountain ranges. Lonely Planet recently voted it one of the top places to visit in Europe this year—and those guys know what they’re talking about! Bonus: Slovenia is much, much cheaper than Switzerland.

Ljubljana. Courtesy of I Feel Slovenia.

This is where the journey ends for my husband who will be heading back to Canada to get back to work. At which point, I will fly to…

Yay! I’ve technically been to Amsterdam a few times before, but have never got to leave the airport. I’m excited to see this famous city and do super cliché things like a canal tour and ride around on bikes. I’ll be taking in the town with one of my besties who’s flying in from Australia, so it’s a safe bet there will also be lots of champagne involved in our excursions.

So that’s it…my European road trip! If you have any suggestions to add to the itinerary or tips for the places I’m heading, please let me know in the comments below!