5 things travellers love about Montevideo, Uruguay (and the best things to do) 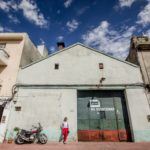 Despite being sandwiched between South American juggernauts Argentina and Brazil, the country of Uruguay has somehow stayed off the beaten path of travellers—much to the benefit of those who choose to make the trip to Montevideo.

Travellers who’ve explored the continent’s other major cities may find themselves surprised by how laid-back the capital is: instead of honking horns and traffic jams, Montevideo’s well-paved roadways are quiet and smooth, and the causeway into the city centre looks like a scene from the French Riviera thanks to its boardwalks lined with palm trees and beautiful historic buildings. 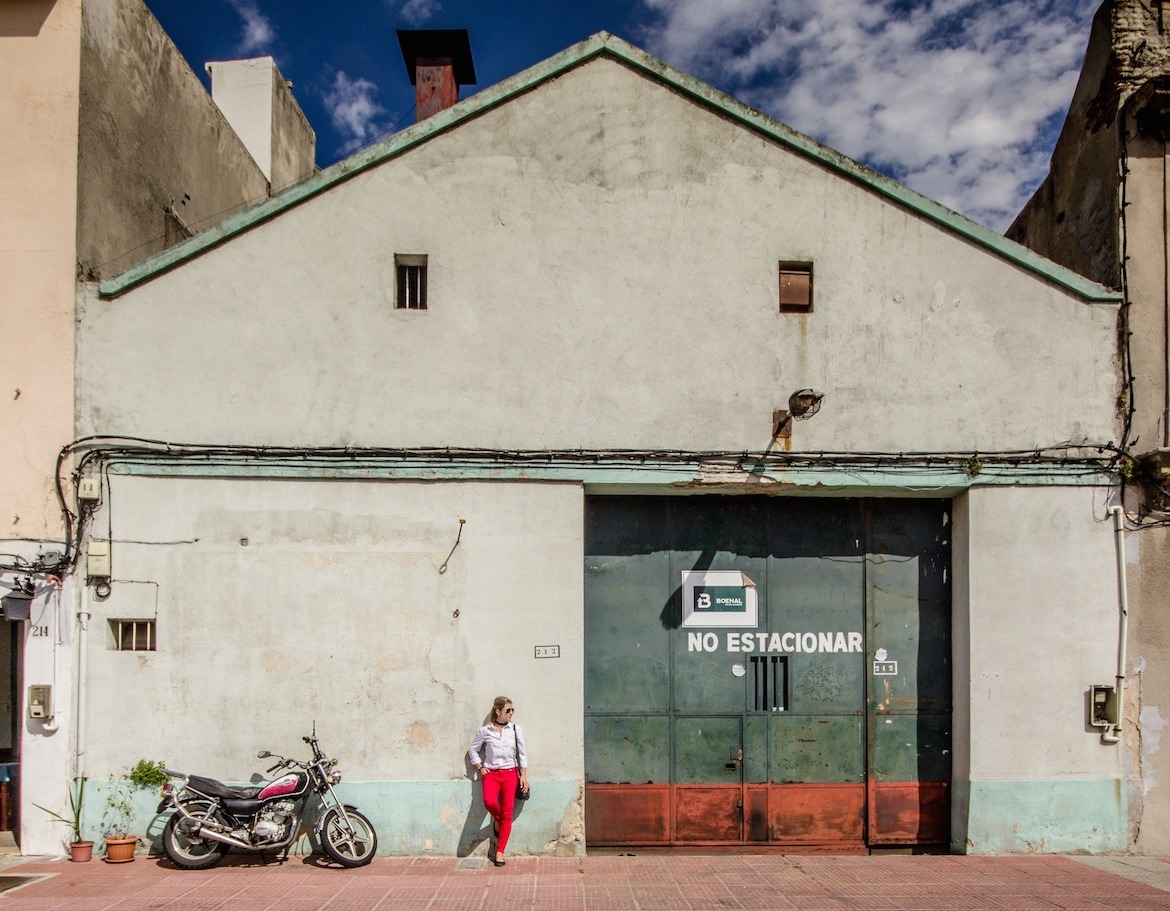 With under 1.4 million inhabitants it’s one of the smaller capitals, and considered to be one of the safest. Many travellers come to explore its well-preserved old town, or use the city as a jumping-off point to head to touristy spots like UNESCO-protected Colonia or the beach town of Punta del Este which is a favourite party spot for Argentinians.

Here are five things travellers love about exploring the city, and the best things to do in Montevideo, Uruguay. 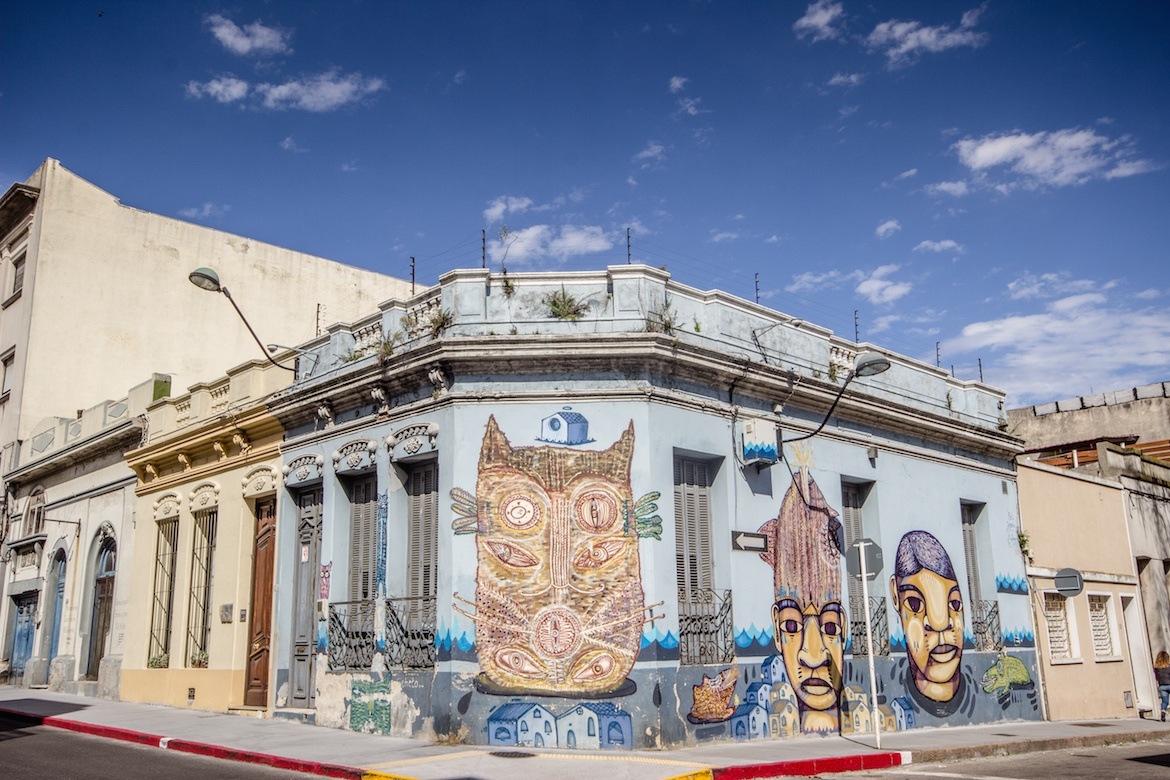 What to see in Montevideo: Ciudad Vieja

Ciudad Vieja is somewhat of a juxtaposition. While it’s home to the city’s most historic, preserved sites making for a tranquil place to stroll during the day, the old town is also where most of the fun nightlife is found which makes it a popular place for Montevideo sightseeing.

Visitors love exploring the pedestrian-only walkways which wind past boutiques, outdoor patios, cafes and markets, stopping to admire the sculptures and street art framed by palm trees jutting out of the pavement (read more about accessible tour options here). 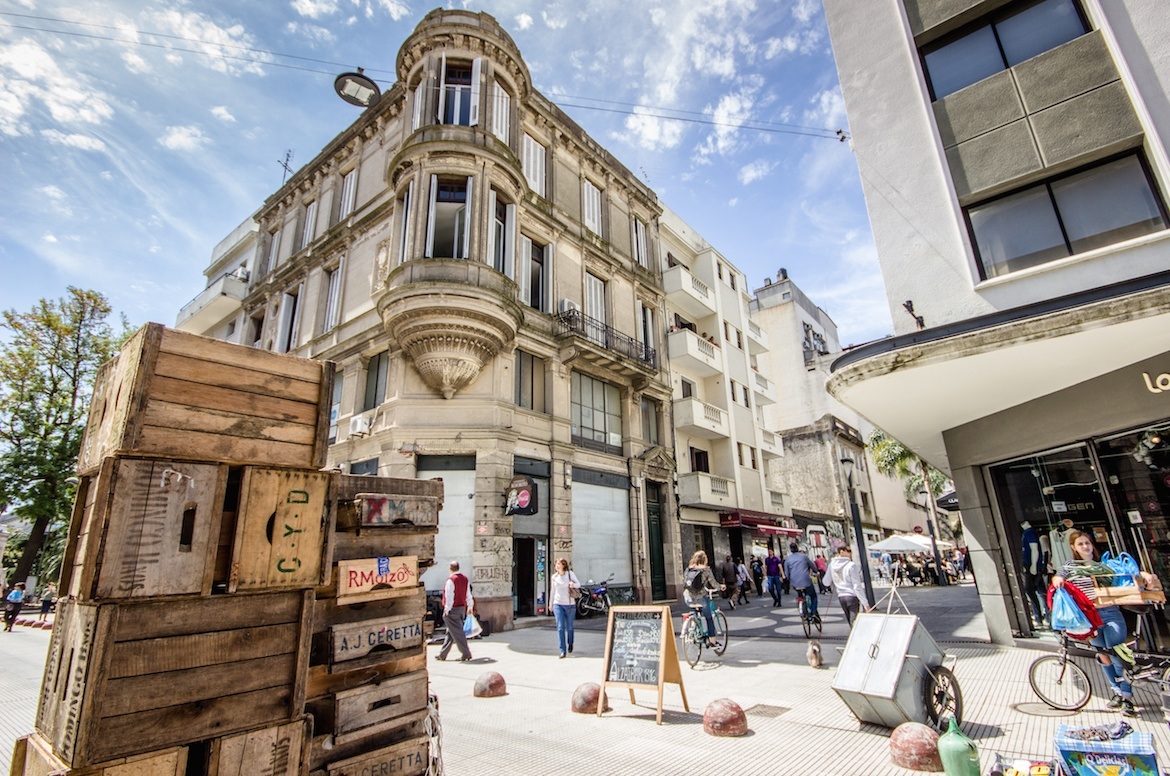 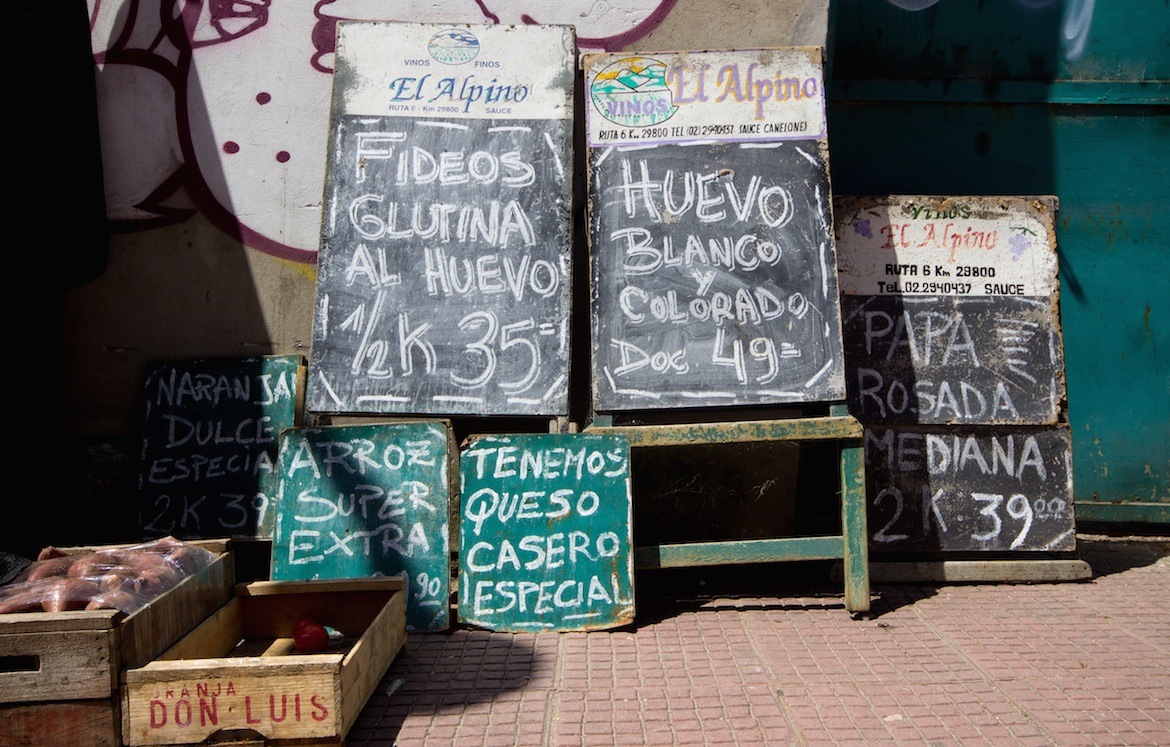 With building facades painted every colour under the rainbow, wrought-iron railings that look down on the streetscape and vines that hang from rooftops, Ciudad Vieja is a fun spot for photographers angling for great shots of the city. Those who time their visits well might come across tango dancing in the street, or happen across a violinist busking on a corner. 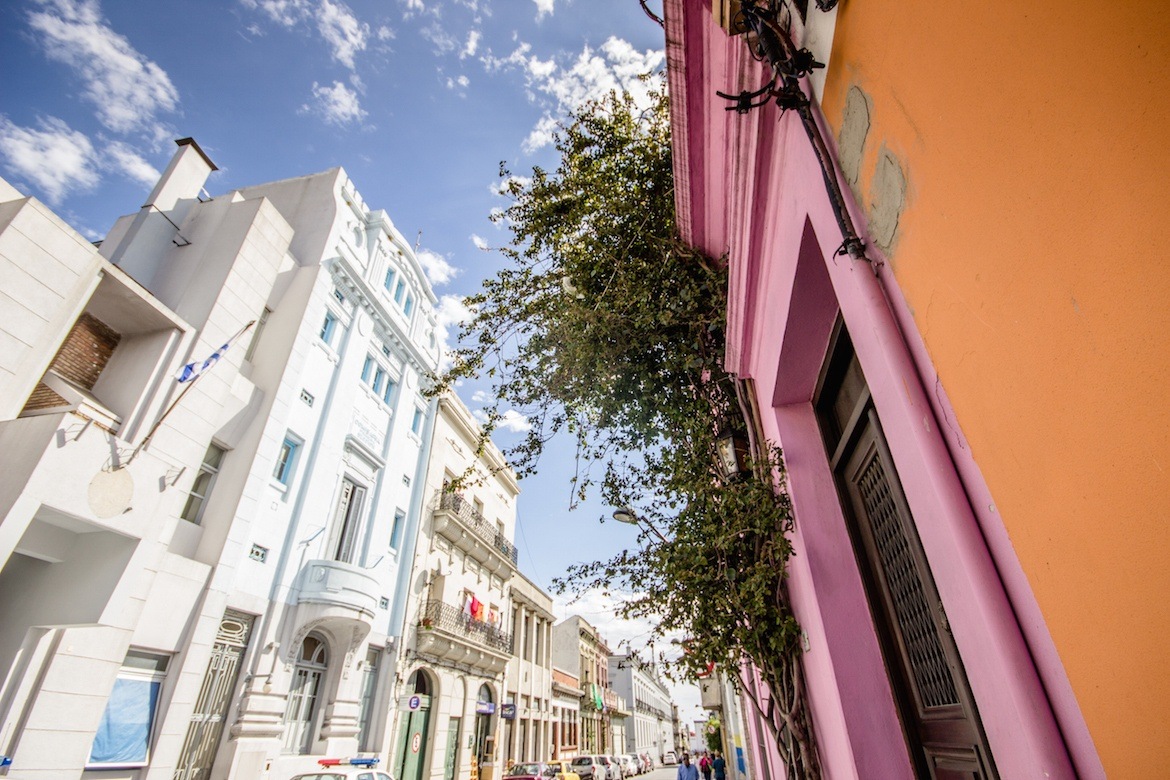 While not quite as charming as other parts of the old town, the grandiose Plaza Independencia is not to be missed as it’s home to important landmarks such as the Solis Theatre and serves as the divider between Ciudad Vieja and the more modern downtown area. 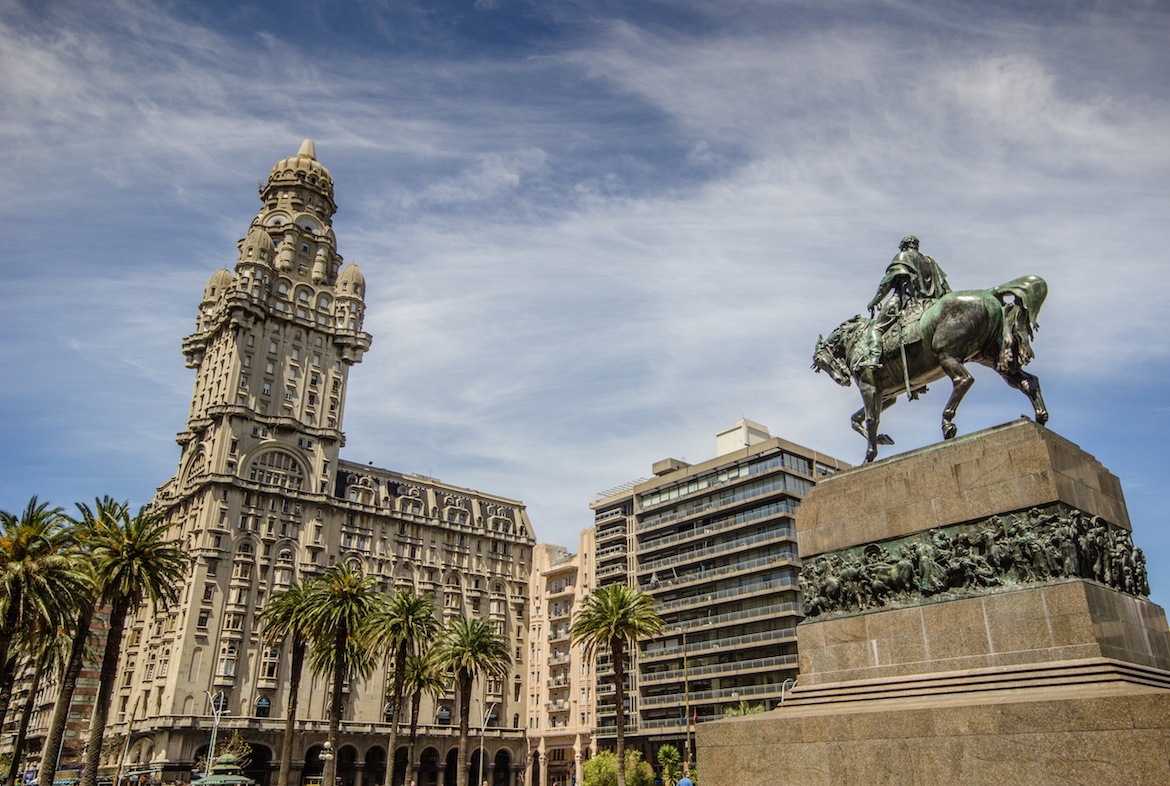 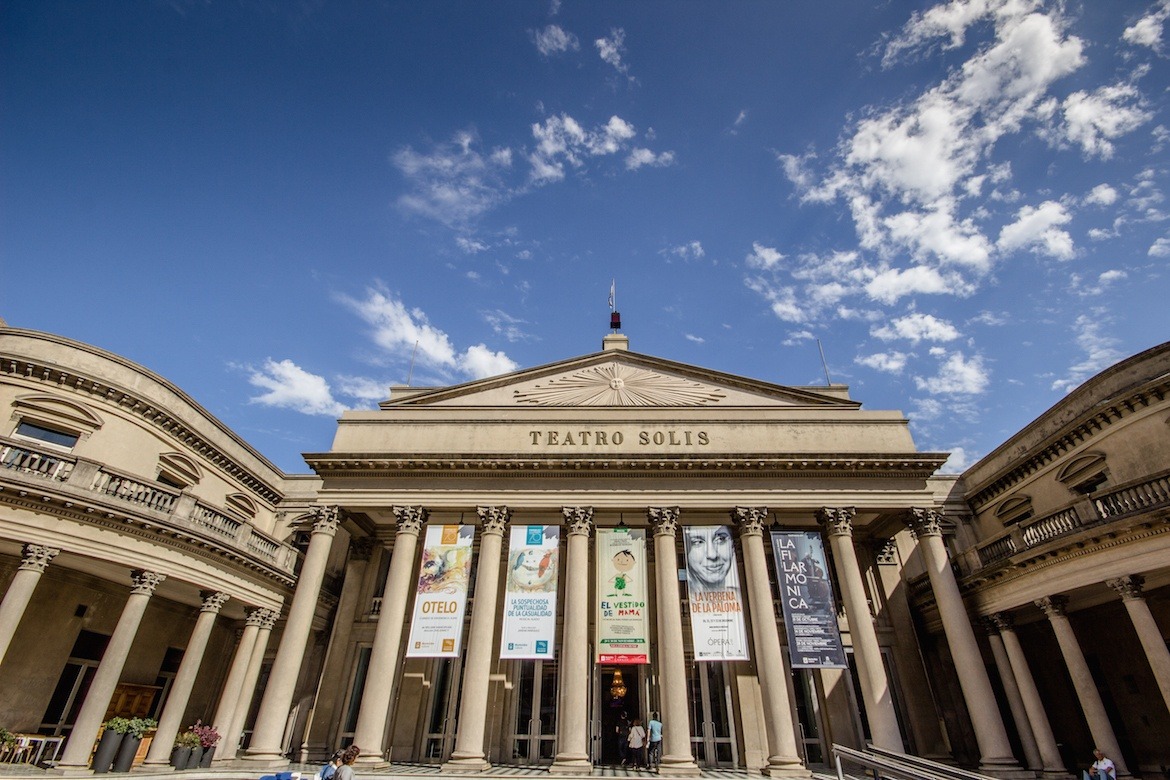 Montevideo was built to maximize waterfront real estate, with many homes, hotels and restaurants overlooking the Rio de Plata which is the confluence of the Uruguay and the Paraná rivers. Sunny days lure residents to the Montevideo beaches for kite surfing, beach volleyball, and cycling or walking along the Rambla of Montevideo, a promenade which traces the shoreline.

However, visitors thinking about walking the whole distance of the pathway should be warned; La Rambla happens to be the world’s longest continuous sidewalk, stretching nearly 14 miles. A good place to start for a more leisurely stroll is at the Montevideo sign near Avenidas Luis Alberto de Herrera to snap a token tourist shot, then head towards the old town. 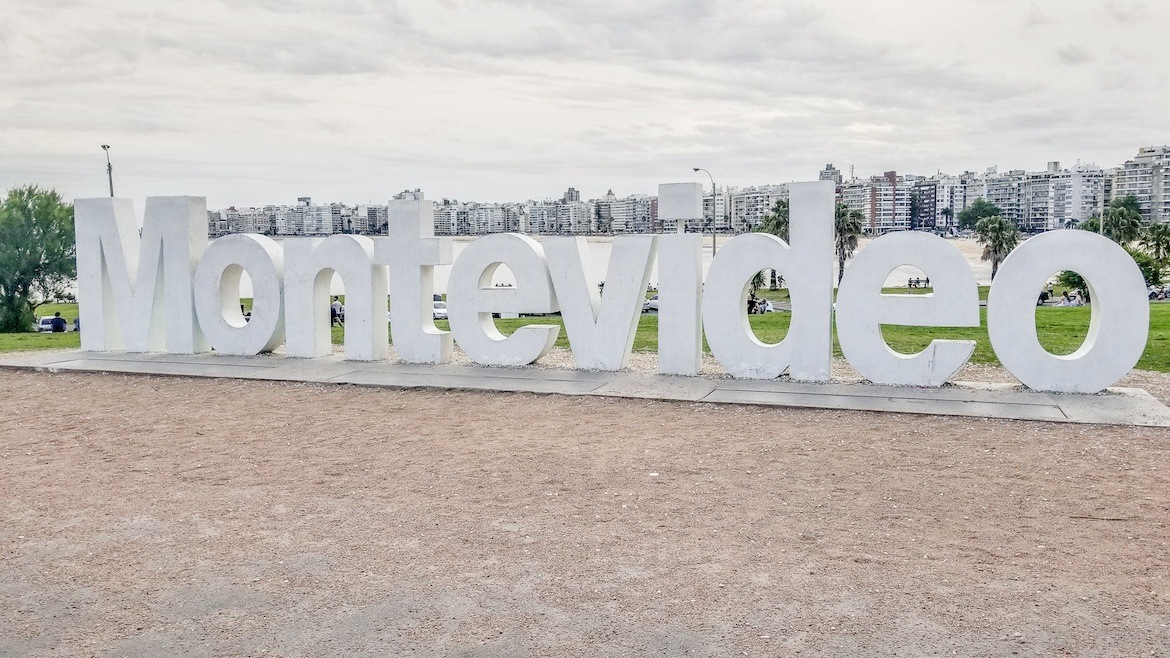 Montevideo’s laneways come to life thanks to the vibrant art installations found near spots like Parque Rodo, Cordon and Ciudad Vieja. From mythical creatures to raven-haired women looking out seductively from what would otherwise be just a wall bordering an anonymous plot of pavement, talented artists have turned the city into somewhat of a living canvas for visitors to admire. It turns out even plain-old graffiti can look chic in the right kind of setting. 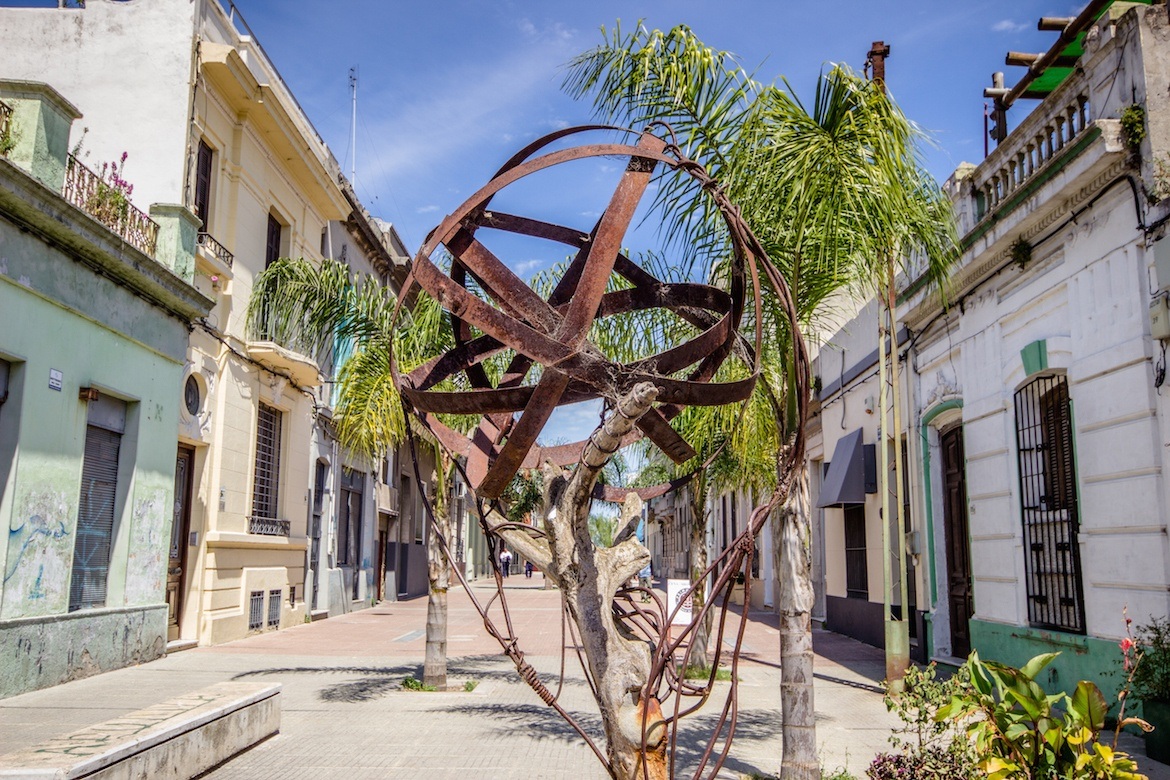 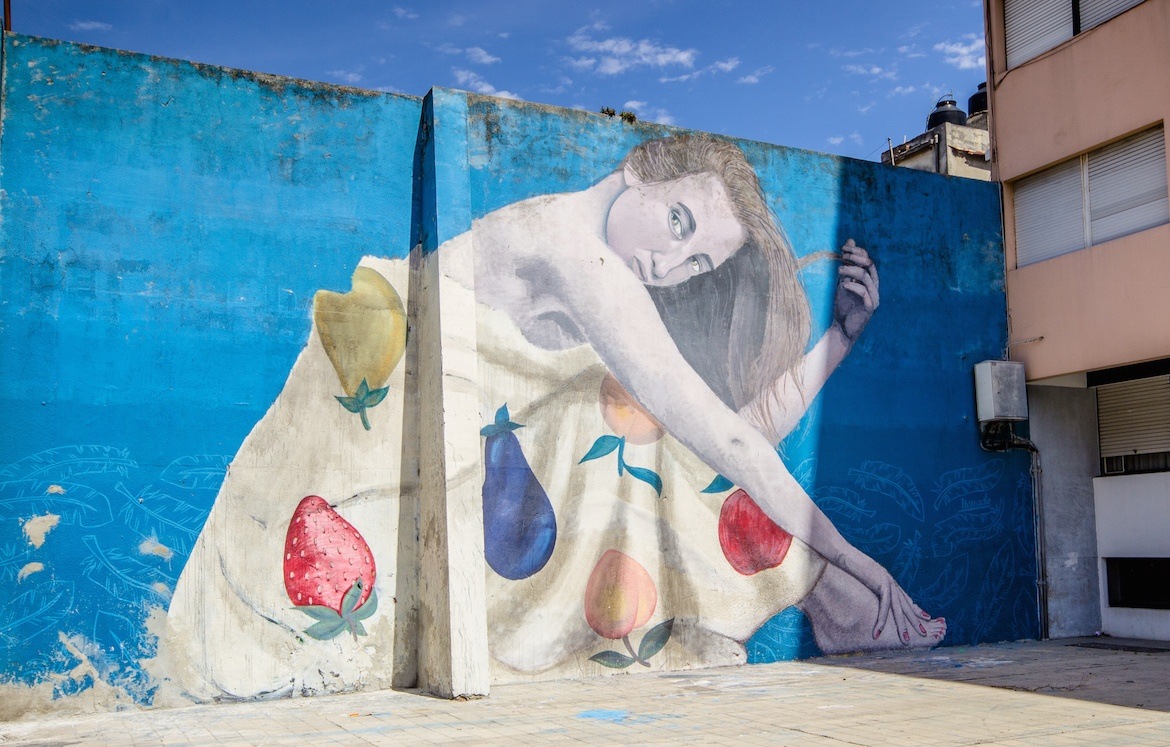 Meat lovers will be in heaven when dining out in Montevideo—particularly those who love steak. To sample some of the best, visitors head into the covered Port Market found between Ciudad Vieja and the port, which is one of the top Montevideo attractions.

Dating back to the 1800s, it doesn’t feel like much has changed about the building in the centuries since, thanks to the dark, arched timber ceilings and intricate iron pillars which make for an impressive backdrop. Artful culinary displays line the stalls below, where merchants entice hungry travellers with specialites like juicy steaks, matambres (stuffed meat rolls) and pamplonas (grilled and stuffed meat) as smoke rises up from the overworked grills. 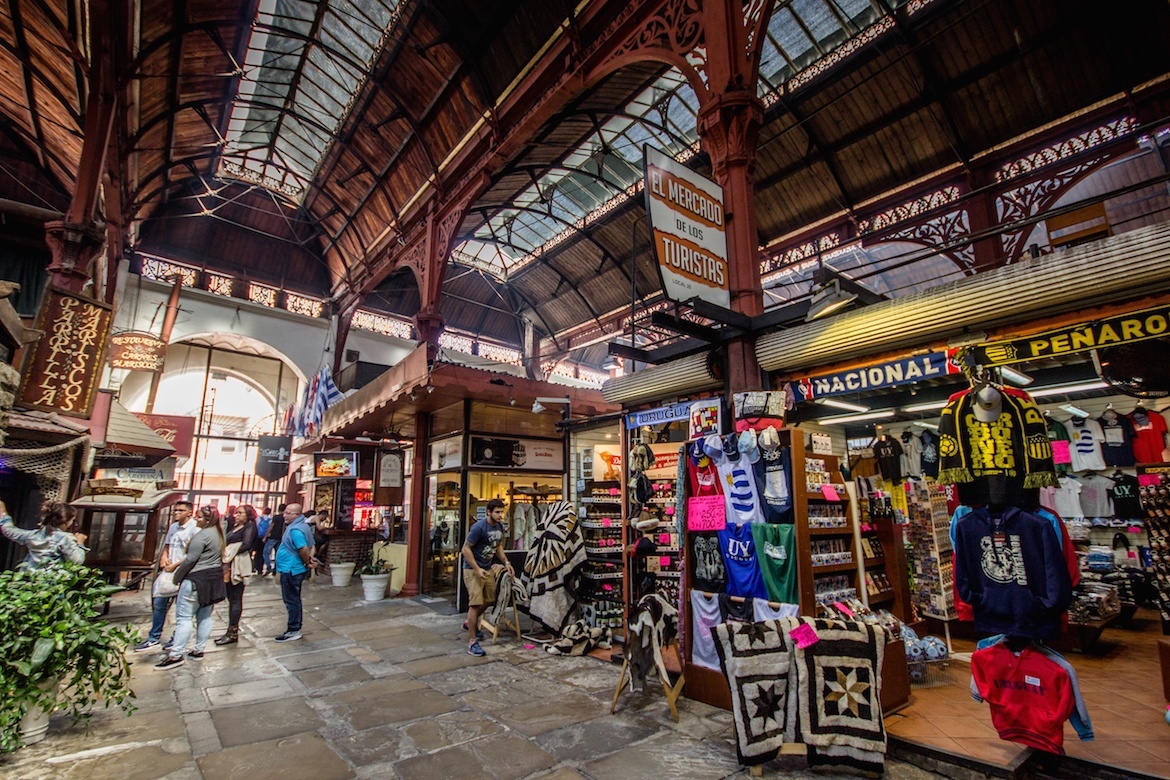 The perfect pairing for all that steak is wine made from the rare Tannat grape, which is Uruguay’s signature varietal and produces full-bodied reds. Traditionally paired with beef and lamb, it goes down smooth and is one of the country’s culinary treasures. 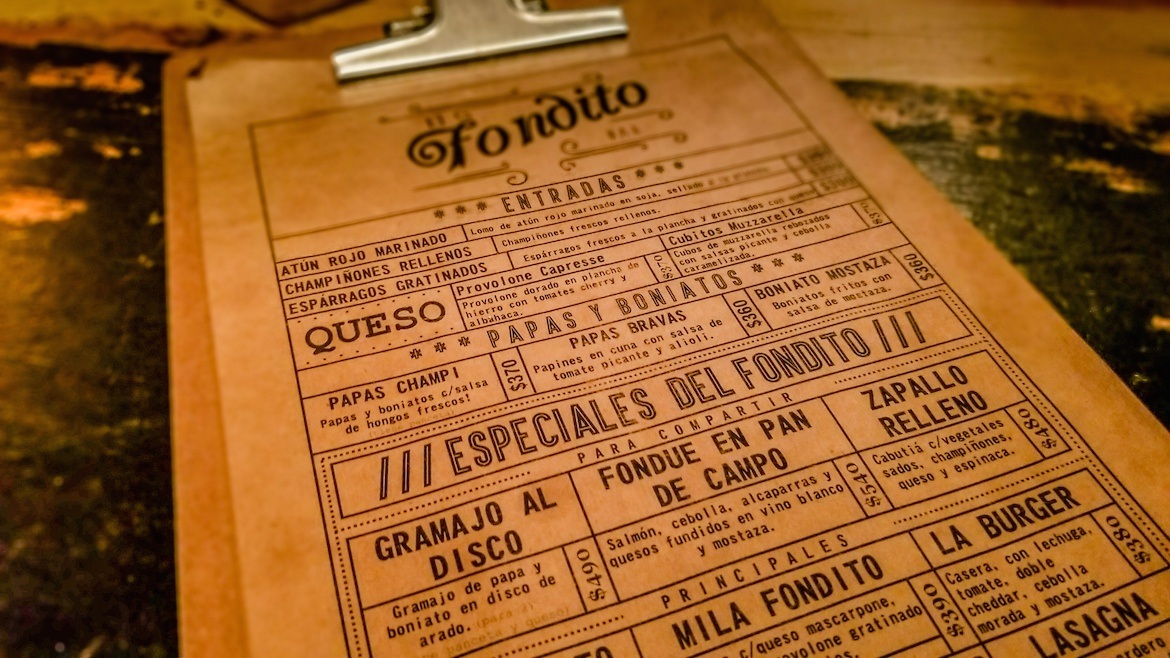 While things like food and wine set visitors back more than in other South American countries like Peru or Bolivia, there are still plenty of savings to be had. Buses are a budget-friendly, convenient and comfortable way to get to popular spots like Punta del Este or Colonia del Sacramento, and most nice hotels in the city centre cost well below $100 USD per night. And there’s another way to save money that comes as a pleasant surprise; car hires and hospitality services like restaurants and bars actually offer a discount to people who pay with foreign credit cards, to the tune of 22 per cent thanks to a government program designed to curtail tax evasion.

Tours and things to do in Montevideo, Uruguay

Where to stay in Montevideo

When deciding where to stay in Montevideo, most visitors situate themselves in the old town Ciudad Vieja, or along the waterfront. Some top picks include: 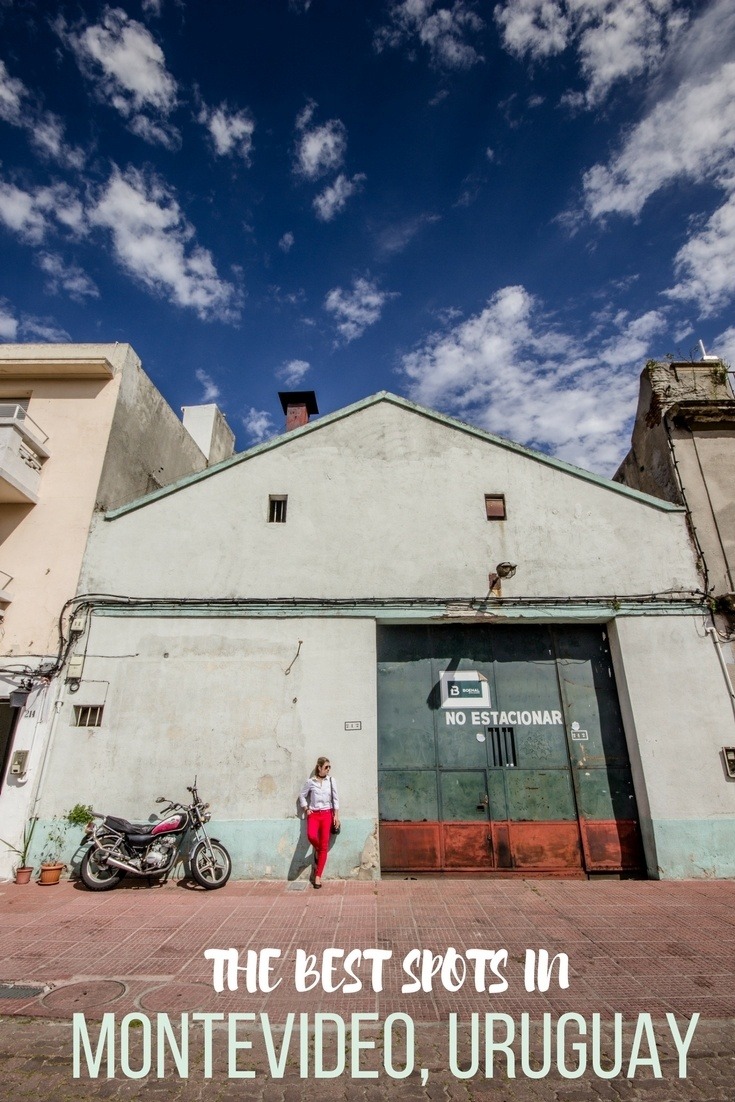