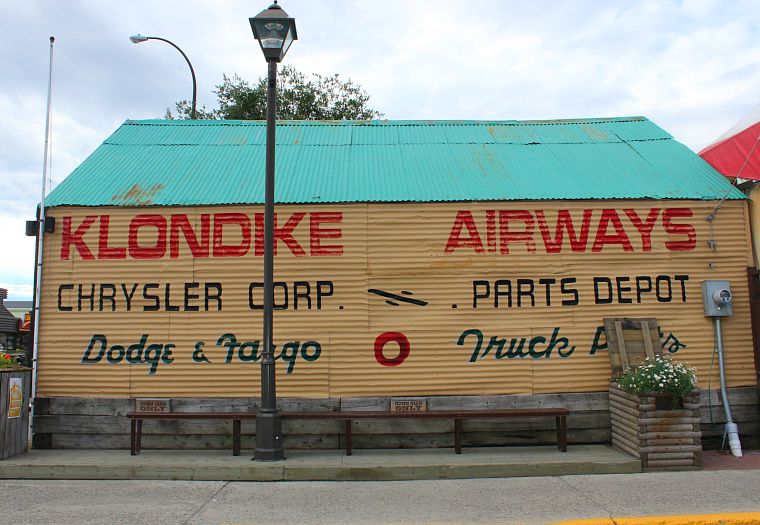 Few people ever take a trip to the Yukon without making a stop in the capital, Whitehorse, at some point. Not only is it the gateway to the territory with the only international airport, but it’s also home to about 23-thousand people making it the most populated area. (To give you some perspective, there are an estimated 40-thousand bears in the Yukon. You’ve been warned.)

The Yukon really shines when it comes to incredible natural surroundings, so most visitors don’t spend too much time in the city before heading off to stunning spots like Kluane Lake or Tombstone Territorial Park. However, that doesn’t mean there isn’t anything worth checking out while you’re there! Here are the must-see spots in Whitehorse, Yukon. 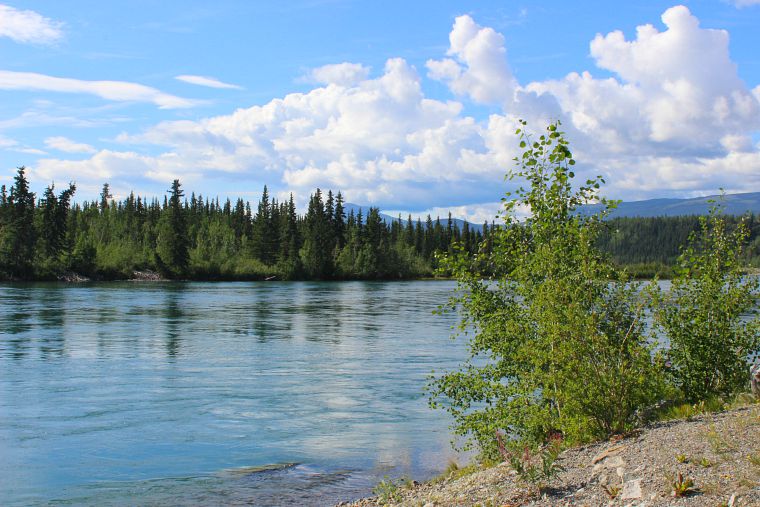 One of the best places for a stroll, the waterfront wharf bordering the mighty Yukon River is one of the city’s prettiest spots. The area just off Main Street underwent a multi-million dollar transformation back in 2011, which included new perfectly-manicured landscaping along with the restoration of heritage buildings such as the old firehouse and train station. 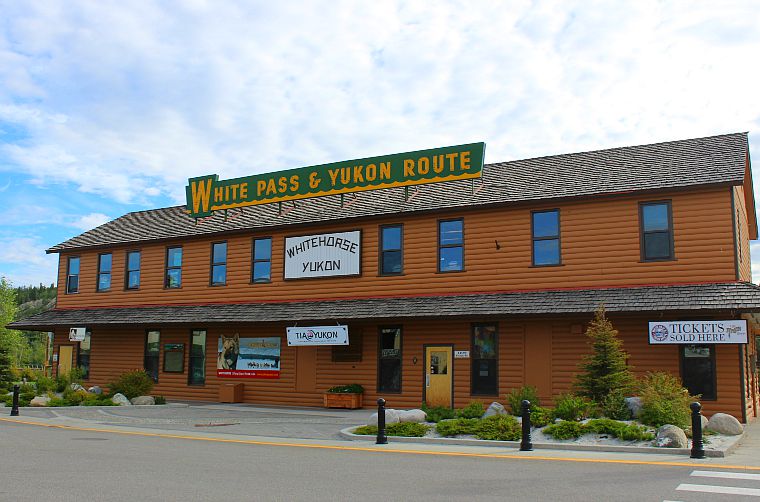 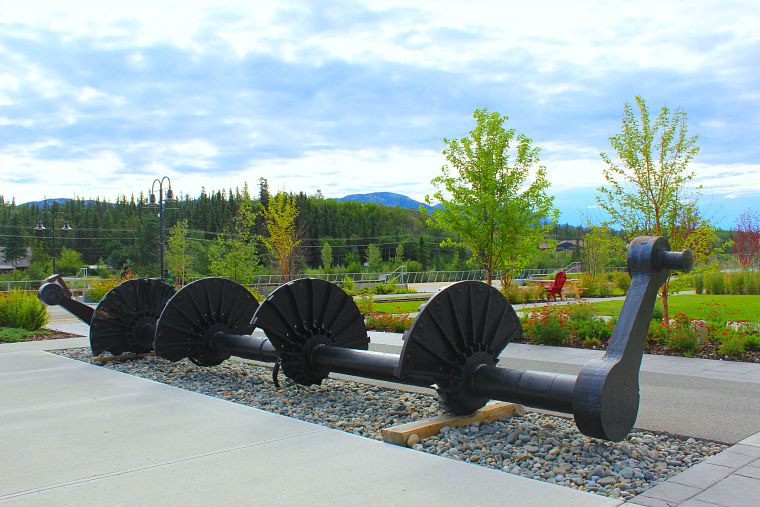 While the wharf itself is only about a block long, there’s a great pathway that follows the curves of the river a few blocks south to Rotary Park, which is home to a great playground for the kids. Keep an eye out for the totem poles and sculptures along the way, which pay tribute to the territory’s Indigenous people. 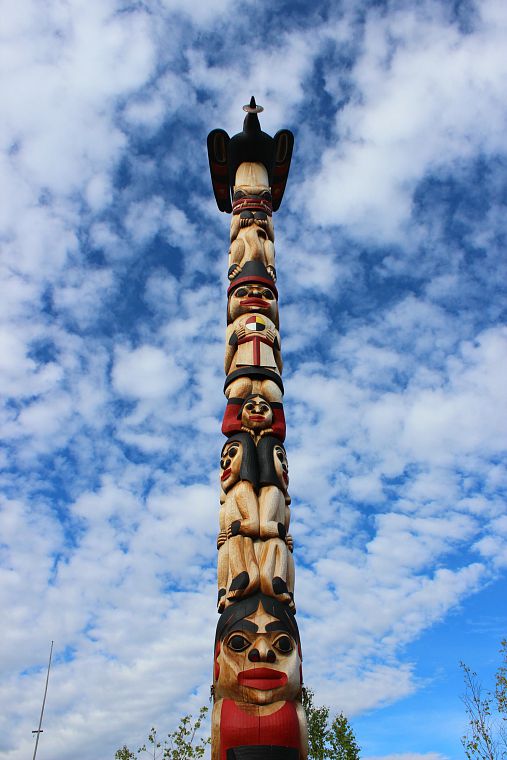 If you don’t feel like walking there’s another way to explore the route: onboard the Waterfront Trolley. The charming canary-yellow train dates back to 1925, and shuttles passengers along the shoreline with eight hop on/off stops.

The Waterfront Trolley is seasonally operated, and costs $5 round trip for adults. Children are free. 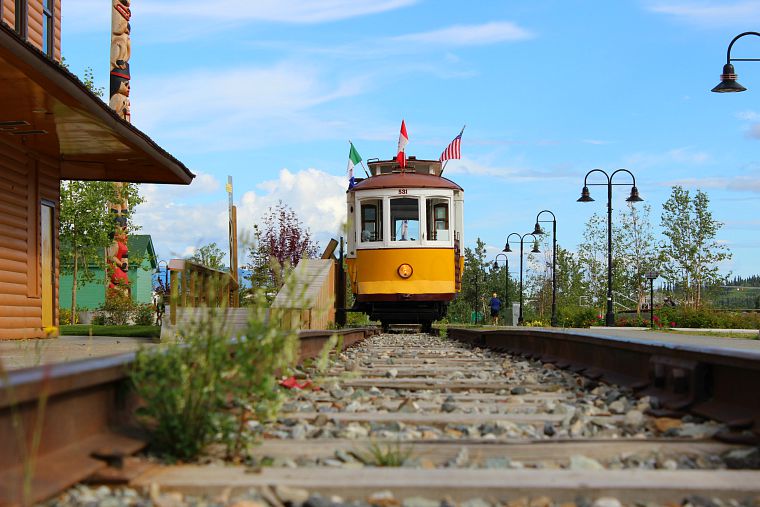 Just a bit farther along the pathway from Rotary Park you’ll find the S.S. Klondike. The massive steam wheeler which used to navigate the upper Yukon River between Whitehorse and Dawson City has since been hauled out of the water, and now serves as a historic site on the banks of the river.

Visitors are welcome to hop on board and explore for free (seasonal schedule applies) to learn all about the Klondike’s history of ferrying both people and supplies up and down the churning river. Guided tours are also available. 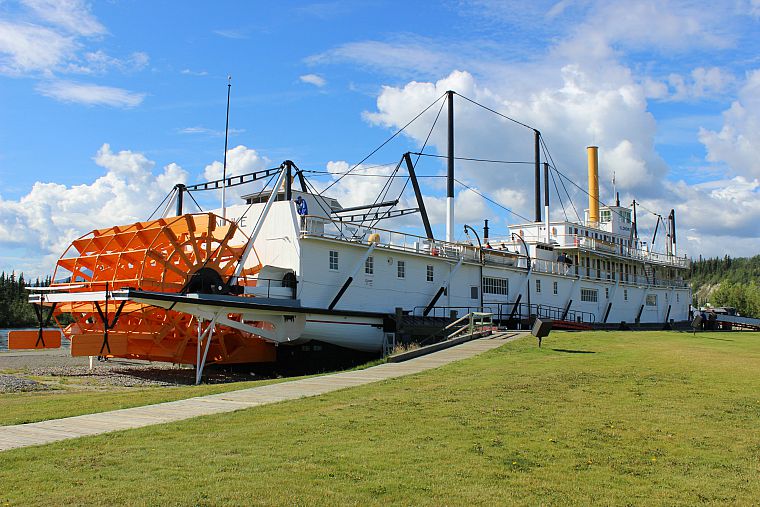 No trip to a city would be complete without exploring the downtown area, and fortunately in Whitehorse it doesn’t take too long. The city centre is compact, mostly comprised of about four blocks near the river made up of businesses, restaurants, shops and hotels. 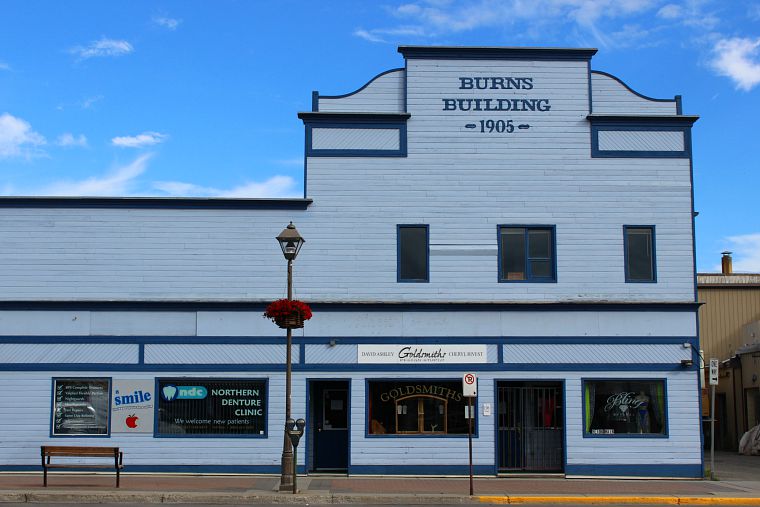 In a nod to the Klondike Days the area is famous for, many buildings have retained their heritage charm, complete with facades that look like something out of an old western movie. Even Starbucks doesn’t deviate! 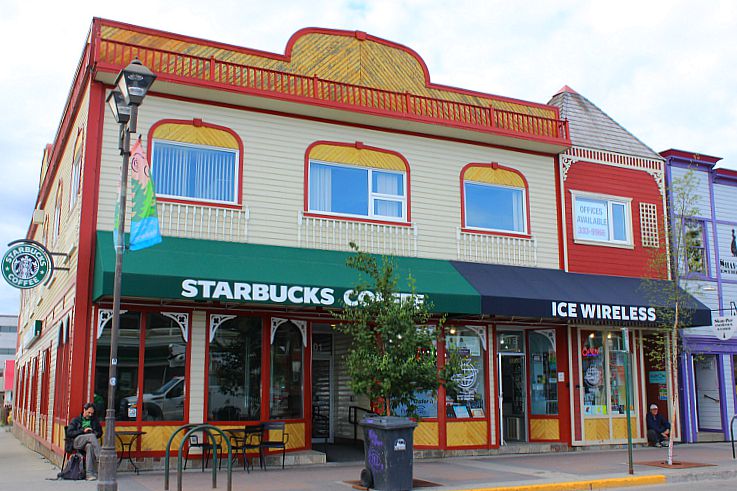 While strolling around downtown, visitors will quickly notice a common sight: the many colourful murals that adorn the sides of the city’s buildings. One notable illustration on the government administration building depicts the historical evolution of the Yukon. 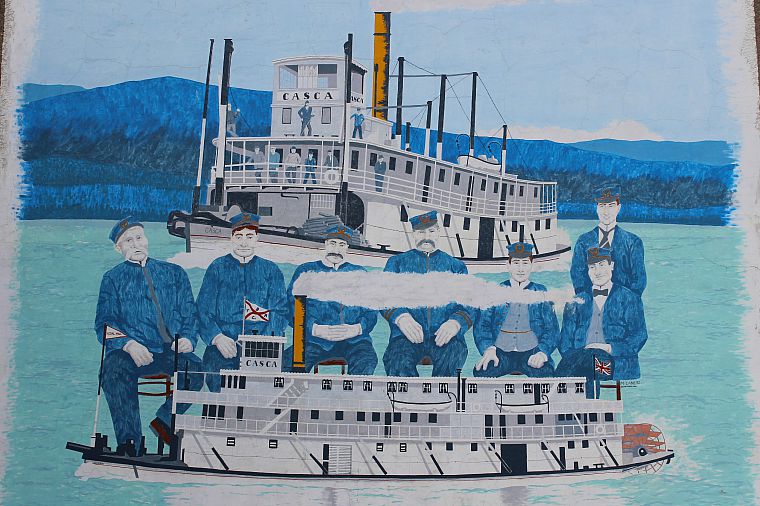 If there’s one thing the Yukon does well it’s history, and Whitehorse is no exception. The city is home to a number of museums including the Kwanlin Dun Cultural Centre which celebrates First Nations people, as well as the MacBride Museum of Yukon History. Permanent exhibits include a replica of a 1898 miner’s saloon, First Nations beadwork and a display about the area’s storied mining history.

No trip to the Yukon would be complete without learning about Sam McGee, the man documented by poet Robert Service, who wrote the famous prose “There are strange things done in the midnight sun.” The MacBride Museum is home to the real Sam McGee’s cabin, where visitors can learn more about the man who inspired the legendary verse.

How to get there: Whitehorse Airport is connected to numerous Canadian cities via Air Canada, WestJet and Air North (AKA the best airline ever thanks to the friendly service and warm, fresh-baked chocolate chip cookies they hand out on board). Condor also flies direct from Frankfurt, Germany.

Whitehorse is the perfect base for day trips. Stunning Kluane National Park is a two drive away, the scenic Tatshenshini River is about two and a half hours, and Skagway, Alaska can be reached in three.

When to go: They don’t call it the Great White North for nothing. The territory can be downright chilly in the winter, but that’s also when visitors can enjoy activities such as dog mushing and see those famous Northern Lights. Those visiting in the summer will experience warm temperatures and the phenomenon of 24-hours of light. The end of August is one of the best times, as one can experience summer activities, the brightly-hued pink fireweed will still be blooming, and it gets dark enough that the Aurora Borealis may make an appearance. For optimal Northern Lights viewing, visit between mid-August and mid-April.

Where to stay: Those used to five star hotels will be in for a bit of a shock in Whitehorse as there isn’t a Fairmont or Hyatt in sight. Many tourists stay at the Westmark Hotel, which is also where those on a Holland America cruise will likely end up at some point. The Westmark is home to the Frantic Follies, a turn-of-the-century variety show which includes performances by the “Gold Nugget dancing girls.” 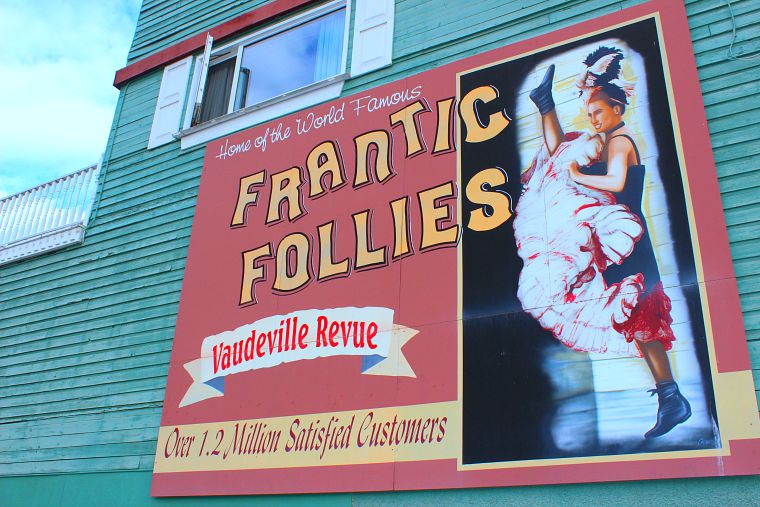 Where to eat: Baked is a cute cafe near the waterfront with some of the best coffee in town, while those looking for cocktails may want to head to Earls. For a nice dinner on a sun-soaked patio, head to the Wheelhouse. 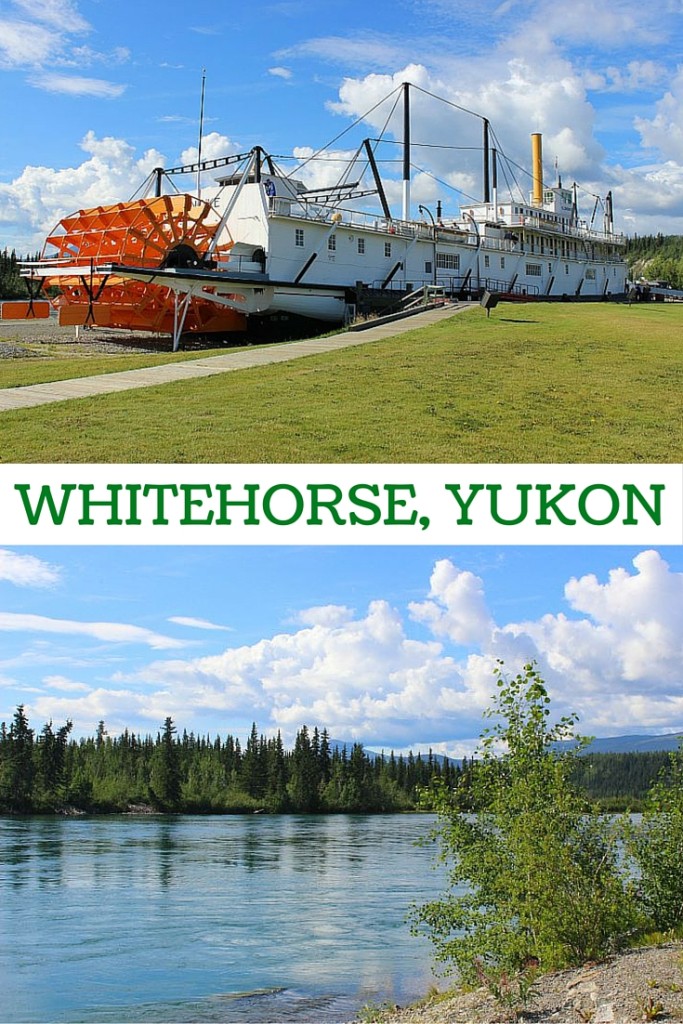