Anyone who has travelled, whether on a weekend getaway or around the world, has likely had at least one trip that didn’t exactly go as planned. I, my friends, have had five—so far. Fortunately they were not major catastrophes and were more of a minor inconvenience than anything, but that being said I have learned from them, and hopefully you can too!

Being locked out of a hostel

I am a Type-A when it comes to travelling, and have planning down to a science. I usually have every hotel, plane or train ticket booked months before heading out, along with a detailed list of excursions. Which is why it’s ironic that the one time I tried to do something on-the-fly it totally backfired.

We travelled to Italy one summer, and were heading from Venice to Florence on the train. I was told you can just show up at the station to buy tickets, which is true, but the tipster didn’t mention that doesn’t guarantee you’ll actually get on the next train out. Sure enough, we got our tickets, but weren’t able to depart for about two hours—not great news when you’re in the middle of a big city with all of your luggage. As a result we didn’t arrive in Florence until about 4 p.m., instead of the noon arrival I’d mentioned when booking our B&B. 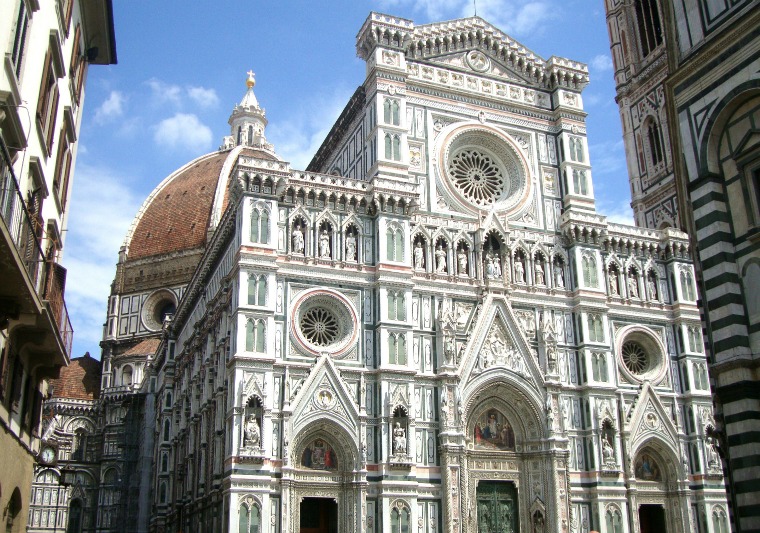 Imagine our surprise when we got to the building, and no one answered the doorbell.

We rang and rang and rang, and finally someone happened to come out so we were able to sneak inside. We took the rickety elevator to the fourth floor, where we discovered all of the lights were out, and the only people around were a family of guests who didn’t speak any English. We managed to coax a cell phone out of them to call the contact number for the B&B, at which point I was reamed out by the lady who picked up, saying we were late for our arrival and now she had to come all the way back from across the city and we were lucky she was even letting us stay there. What?!?! That whole debacle set us back hours, and as a result we weren’t able to visit the museums that day as we’d planned, and when we finally ventured out it started pouring rain and we had to seek refuge at McDonalds for dinner.

Not a great way to spend your first day in a world-famous city, now is it?

Moral of the story: Double-check desk hours at any accommodation you plan on staying at, and let them know ahead of time if you think there’s a chance you might arrive later than planned.

Spending all of my money

I’m a big fan of depending on a credit card while travelling, but of course it’s important to have cash on hand as well. My finances were in great order throughout my seven-week jaunt through Europe, and I’d worked it out so I would have just enough cash to get through Belgium, the last leg of my trip. Unfortunately when I arrived at my hostel one rainy evening, the front-desk informed me that since I was only staying for a couple of nights I’d have to pay in cash, not credit. Problem is, I didn’t have enough cash on me OR in the bank to cover it (I was 19, enough said!). 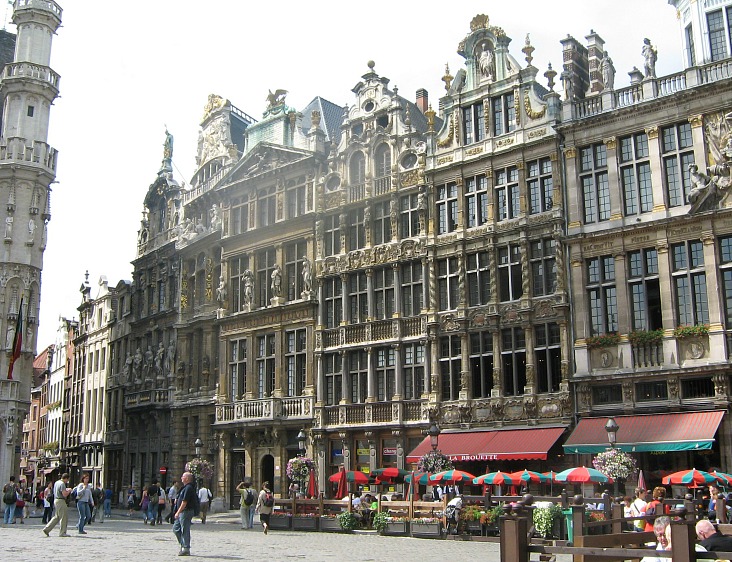 After some negotiating I gave them all of my money minus about 10€ and promised I’d have the rest for them the next day. I hopped on MSN Messenger (yup, I’m old) and luckily my friend was online and I explained my predicament to her in a panic. She ended up getting her mom to call my mom, who then rushed to a bank to deposit money for me. Of course it wouldn’t be accessible until the next day, so I only had 10€ to get through the night. Luckily it was 2 for 1 drink night so I managed to get something to eat AND a couple of bevys—although I had a long walk back to the hostel late at night since I didn’t have money left over for a cab.

Moral of the story: Who cares if you’ll lose money on exchange rates? It’s better to have more money than you think you’ll need, than to be caught short.

OK so losing a pair of runners doesn’t sound like a big deal…you just buy a new pair, right? WRONG if you are in southeast Asia and have size 10 feet, like yours truly. What happened is, my shoes had gotten wet so I strapped them to the outside of my bag while on the train between Tokyo and Kyoto. After checking into my hotel, I realized the shoes hadn’t made it, and had since likely disappeared into the Japanese countryside.

My husband and I kept an eye out for some replacements, but decided to wait until getting to Singapore because we heard the shopping was better there. Once we arrived we hit the malls, and the first stop was a Puma store.

When I asked the associate to grab me a size ‘9 or 10’ she giggled and said “we no have any that big!!” Like it was the craziest-ass request she’d ever gotten.

After that failed we continued our search for a couple of days, before coming across an athletic store. Again…no dice in the running shoe department. Finally we spotted some Crocs. Yes, Crocs. I know what you’re thinking. Not only are those not running shoes, but they are also a fashion crime. Well, desperate times call for desperate measures, so off I went with my pair of aqua green Crocs. The best part? Hubby and I were now matching, as he’d brought along a brown pair. Hey, no one said travelling was glamorous. 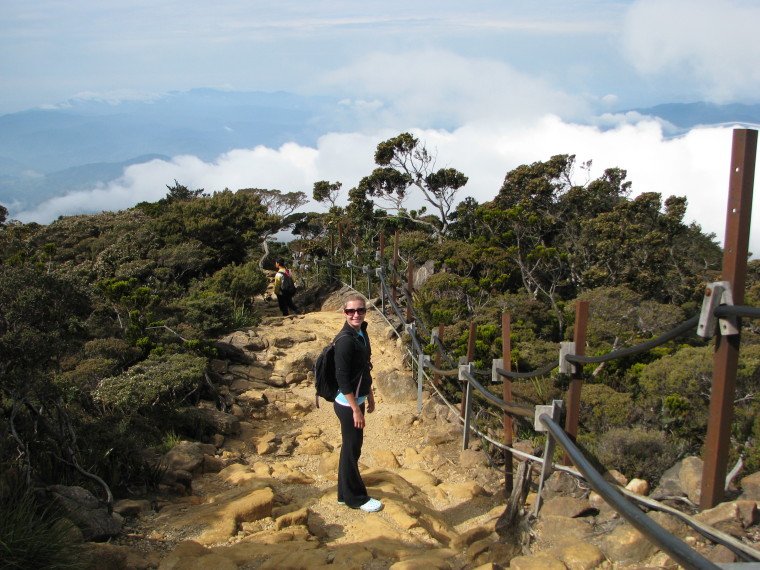 Where this really turned into a problem though, was when we arrived in Malaysia to climb up Mount Kinabaulu, which is 4,000 metres high and takes a long two days to climb. Both of us strapped on our sandals for the long hike up, trying not to notice the incredulous looks from the more prepared outdoorsman who had on actual hiking boots. We made it all the way up and down with minimal sliding around—but my knee was destroyed for months afterwards.

Moral of the story: If you are a Bigfoot travelling in Asia, make sure you hold on to your shoes.

The lost wallet and border problems

During college, one of my friends planned to move to Texas and was looking for someone brave enough to do the 28 hour road trip with her across Canada and the United States. Happy to oblige, I skipped a couple of classes and off we went.

The plan was to take three days to drive south, and I’d spend a few days in Dallas before flying back home. We made an early start of it on day one, hoping to avoid trouble at the border by arriving before all the traffic. Well, it turns out that since it was so early the border guards had nothing to do, and thought it would be fun to interrogate two young girls with a trunk full of shoes.

They proceeded to seize the car for a search, then split us up into separate rooms, grilling us about how we planned to spend our time in the U.S.

Despite proof of my plane ticket home they weren’t too convinced I didn’t plan on moving there myself, and even phoned my friend’s dad back in Canada to get the 411. Even though I had nothing to hide, I don’t think I’ve ever been so nervous in my life! After about two hours (so much for waking up early to save time) they let us proceed across the border, but not without putting a ‘red flag’ on my friend’s vehicle and our passports. Sure enough, I’ve been subject to extra questioning at a few American airports when my name pops up in their system ever since.

After making it through the Spanish Inquisition relatively unscathed, we made it to Montana and stopped at a gas station to fuel up. We chatted with the friendly cashier before heading back on to the open road, and about half an hour later my friend’s cell phone rang. It was her dad, frantically telling us to turn around, because she’d left her wallet at the gas station—with all of her money and documents inside! It turns out she’d left it on the counter when paying, and the cashier hadn’t noticed until a few minutes later. The kind gentleman found her Alberta drivers license, called directory assistance and somehow managed to track down her home phone number and relayed the information to her dad.

Of course we had to turn around, which led to a 1 ½ hour detour total. Just within the first few hours of our epic road trip, the 28 hour drive turned into a 32 hour debacle.

Moral of the story: Don’t even think about pulling a fast one on U.S. Border Patrol, and pick your travelling companions wisely!

Getting stuck in a shower

This last anecdote is less of a story to do with travelling, and more of one to do with being an idiot.

I was all by my lonesome in a hostel in Madrid one afternoon, when I decided to take a shower in the microscopic bathroom which had one of those really tall but really small glass showers. When I was all cleaned up I pulled at the door to get out—and nothing happened. I pulled and pulled and twisted and pushed up and pushed down—and NOTHING would move the sliding door! Not only was I starting to get cold but I was also getting claustrophobic, and knew there was no way I could climb out as the glass was so high up.

The ridiculousness of my dilemma began to dawn on me with horrifying clarity—to get out of here, I would have to scream at the top of my lungs and pray that one of the men working at the front would hear my screams for help. And then he would come in to the bathroom…where I would be standing naked.

Just as I started to come to terms with the inevitable embarrassment, a miracle happened: the door opened! To this day I still don’t know what I was doing wrong or what finally clicked. 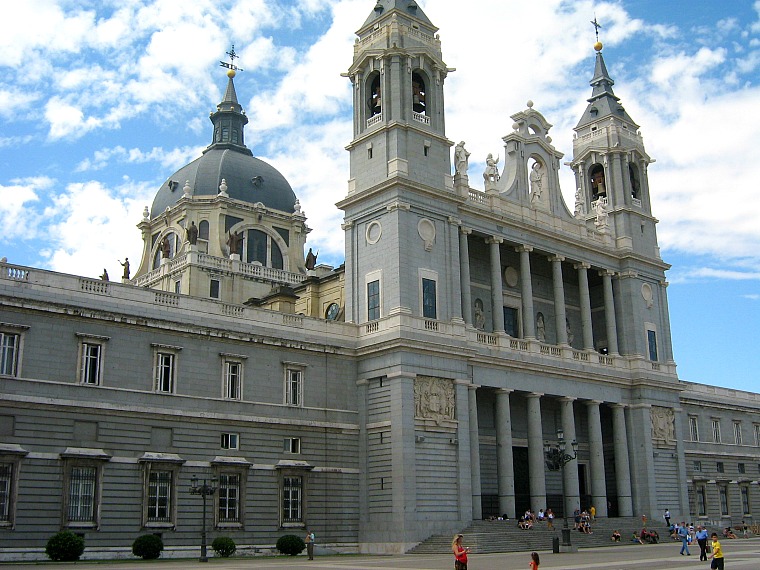 On a related note, my husband once flooded our entire hotel room in Rome by not closing the shower door properly, soaking his luggage in the process. It didn’t help that the staff already hated us for asking for a crazy early wakeup call.

Moral of the story: Educate yourself on the ways of European showers BEFORE getting in.

Top 10 tips for travelling in Asia