A taste of Hollywood life in Los Angeles, California

I didn’t walk a red carpet, ride in a limo or get my hair did. But I did get a fleeting taste of the celebrity life a couple of times in Los Angeles—at least as close as you can get without actually being able to drop names or $1,000 bills.

It all started when three other girls and I headed to the City of Angels to celebrate a birthday. During our first day staying in a hotel in the heart of Beverly Hills, we wandered through the neighbourhood wondering if the homes were the same ones featured on that classic TV show Beverly Hills 90210. Probably not. 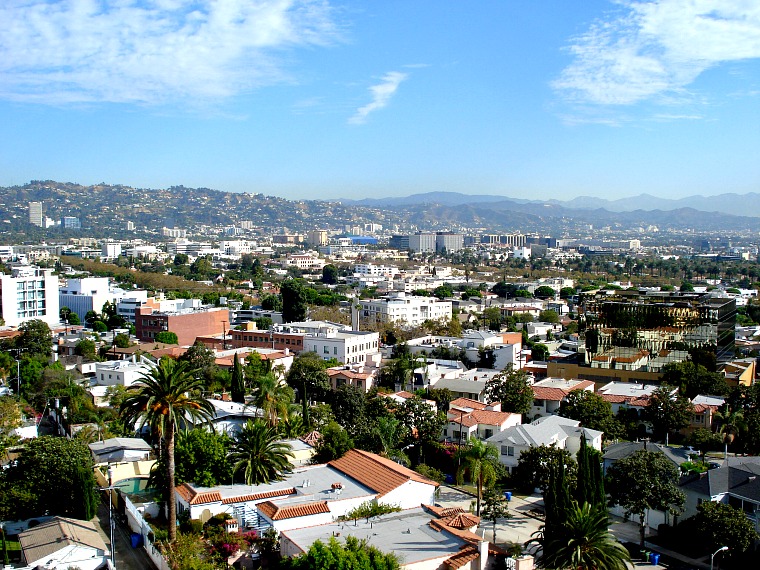 Keeping an eye out for famous faces, we decided to head to Santa Monica which is a gorgeous area right on the ocean. There is an expansive beach (complete with those lifeguard stands made famous in shows like Baywatch), an amusement park, hip boutique hotels overlooking the water and ridiculously good looking people. Seriously, you would be amazed at how many fitness fanatics we saw rollerblading, jogging and cycling down the boardwalk—enough that I was suddenly feeling not-so-confident in my bikini.

While we still didn’t catch a glimpse of any celebs, our luck was about to change thanks to the most foolproof method ever: getting tickets to a talk show, which is one of the fun things to do in California. A few weeks before flying down to L.A., we secured free tickets to Conan O’Brien’s late night show by applying online. This is how you can get in to most shows filmed in New York and L.A., though some will also pack their audience full of people they pluck right off the street. 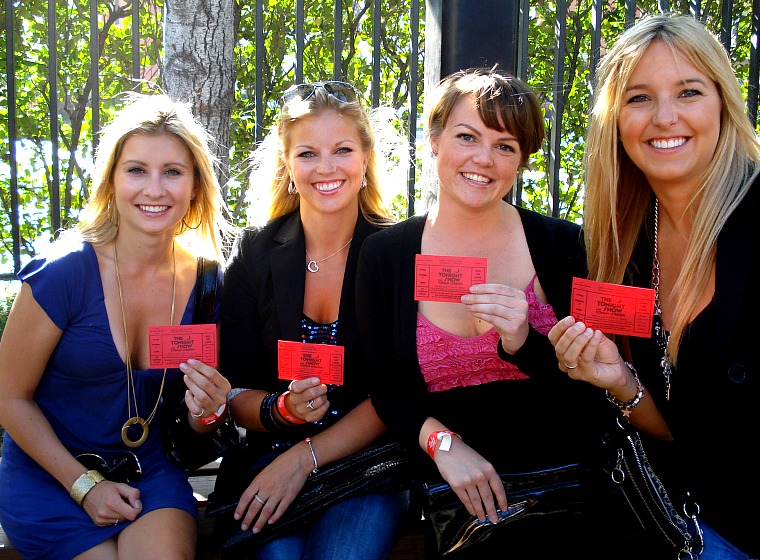 Getting ready to see Conan!

The set was on the NBC lot in Burbank, so it was neat to get a bit of a ‘behind-the-scenes’ glimpse of where TV actors go to work every day. We were asked to arrive around 1 p.m. for the 3 o’clock taping, so we spent a while waiting to go through ticket and security checks before finally being escorted to our seats. It felt strange to sit in a dark studio knowing it was a bright, sunny day outside, and that the show would actually be airing around 11 p.m. at night!

My first impression of Conan when he finally took centre stage was, ‘wow, he’s tall!’ He delivered the usual funny monologue before bringing on the day’s guests: actor Drew Carey and sports broadcaster Joe Buck. Not going to lie, I was hoping for someone more along the lines of Jennifer Aniston or Julia Roberts, but hey, you take what you can get. 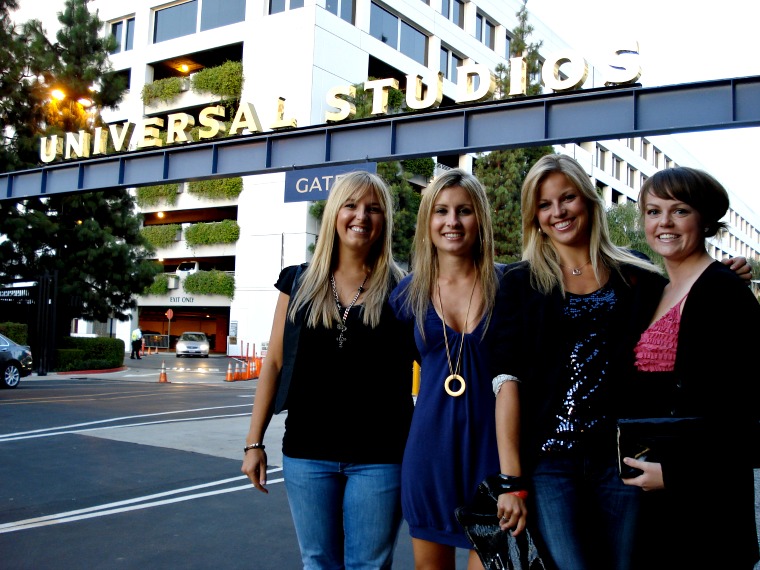 The whole thing wrapped up in less than an hour, and we soon found ourselves back in the California sunshine. In keeping with the Hollywood theme, we decided to hit what is arguably the most visited destination and one of the top things to do in all of Los Angeles: Hollywood Boulevard.

RELATED: Fun things to do in Southern California 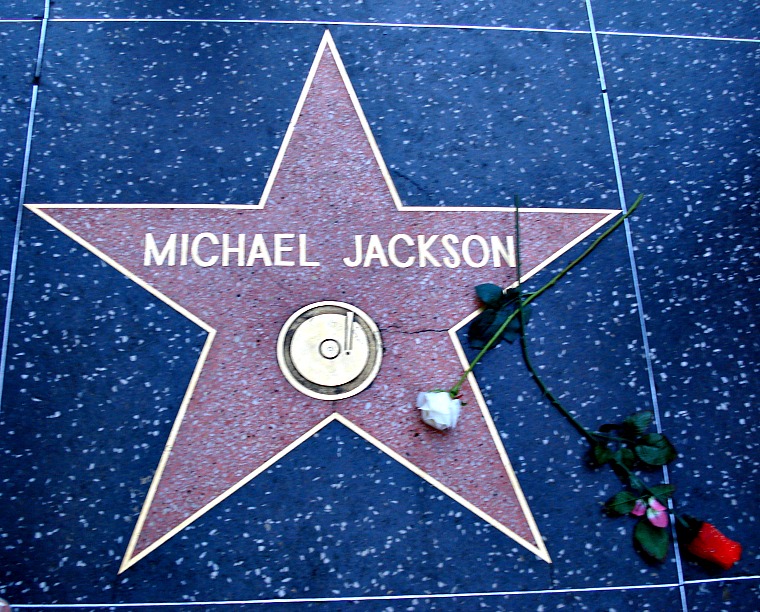 My first impression was that the strip was a little seedy. Those famous celebrity-hands-in-concrete are actually spread out over several blocks along the Sunset Strip, which is home to little more than rundown, faceless buildings. That being said, you do get to see the Hollywood Walk of Fame, and eventually end up in front of famous TCL Chinese Theatre (previously named Mann’s and Grauman’s Chinese Theatre). 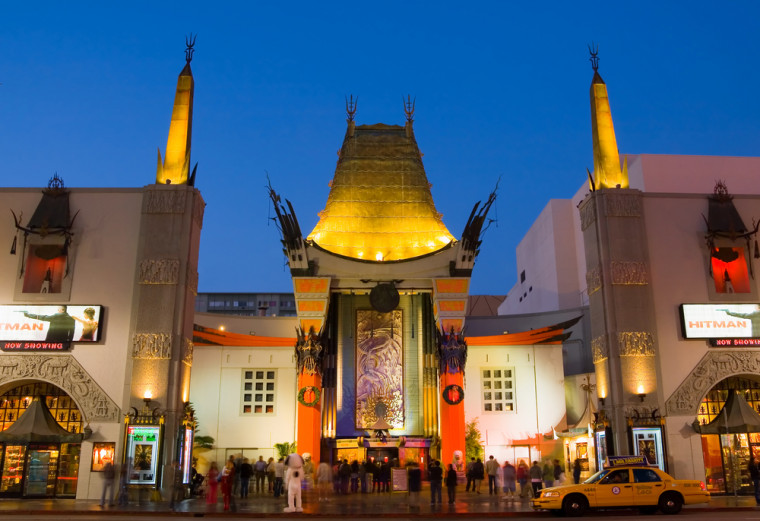 The scene out front reminded me of the chaos of New York’s Times Square, full of wide-eyed tourists and entertainers trying to make a buck by imitating icons like Michael Jackson and Marilyn Monroe. We also walked by Madame Tussauds wax museum and the famed Kodak Theatre, which has hosted numerous award shows. 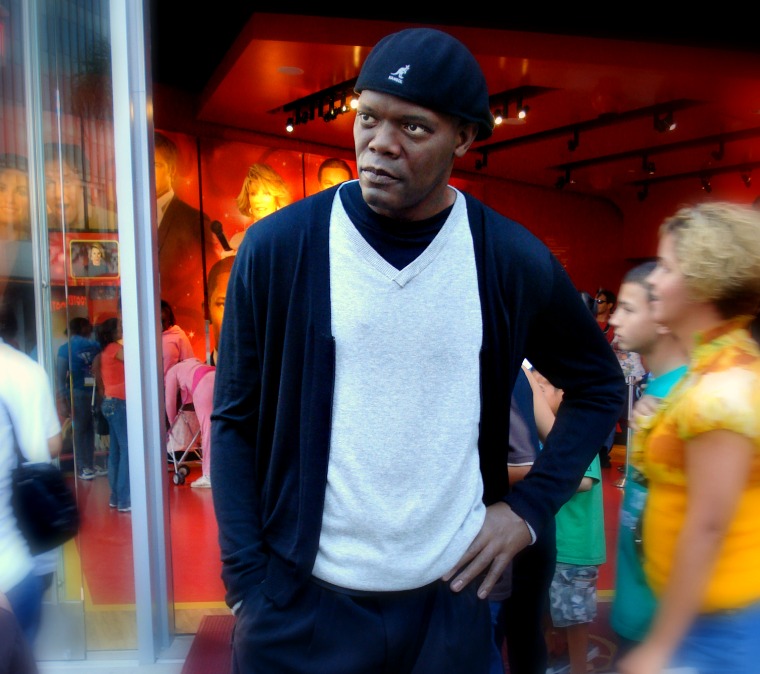 Not quite Samuel L. Jackson.

Finally, we caught a glimpse of that famous Hollywood sign! Although, it was rather far away…so there are definitely better vantage points in the city. 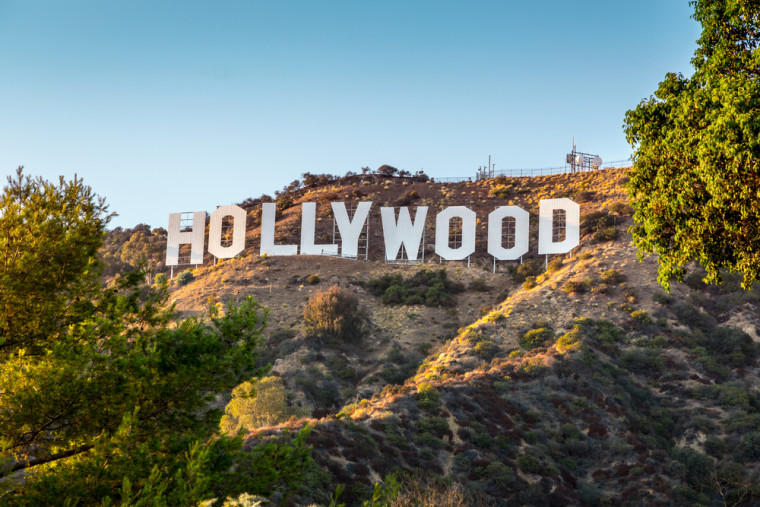 The real fun began that night, when we got all dolled up and went to what is now one of my favourite restaurants on the planet: Beso Hollywood. Founded by startlet Eva Longoria (who is known to make appearances, along with her celebrity friends), Beso is absolutely gorgeous. Featuring impressive high ceilings and glittering chandeliers, we couldn’t stop staring at the luxe surroundings. After ordering the greatest Sangria ever (jammed with so much fresh garnishes it reminded me of a fruit salad), we quickly struck up a conversation with a charming group of guys. 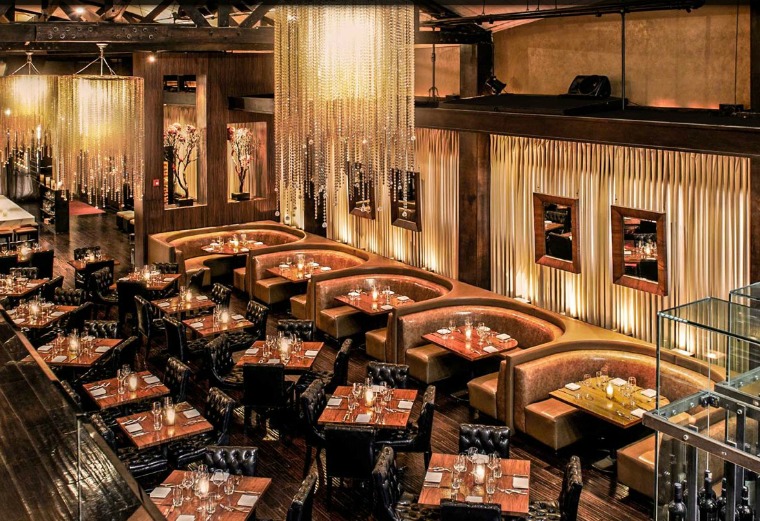 Here’s a hint for meeting people in L.A.: don’t be a biatch! I honestly think the guys ended up chatting with us as opposed to the gorgeous, stick-thin girls at a nearby table because, frankly, we are way more fun. While the model-like ladies spent their evening staring at their phones and looking rather grouchy (who can blame them, they probably hadn’t eaten in a couple of days), we were having a blast! It just so turned out these guys had that Hollywood connection we were seeking, as one of them was part of Miley Cyrus’ management team—and besties with Wilmer Valderrama. As a result, we soon found ourselves partying in a special VIP room upstairs, and let’s just say the champagne was freely flowing into the early morning hours! 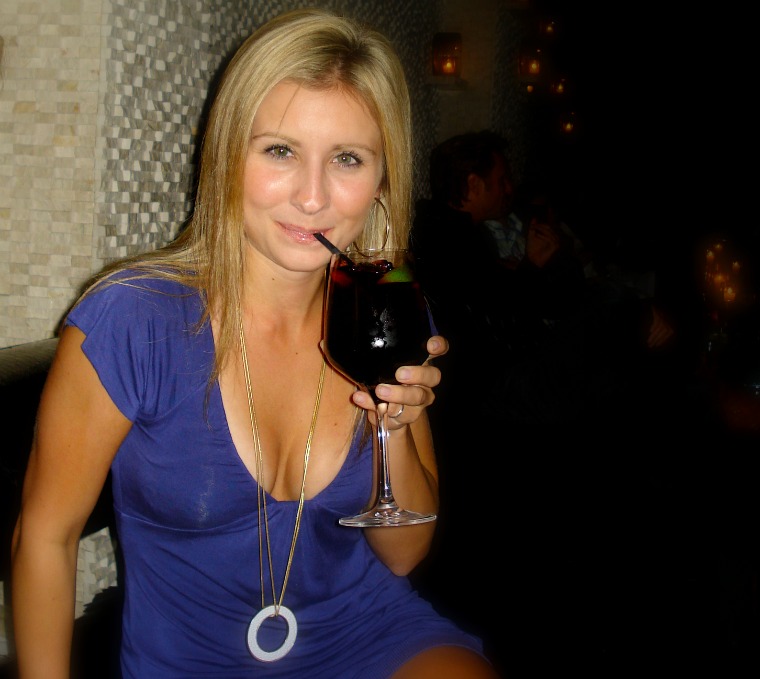 Enjoying a fabulous Sangria at Beso.

The next night we had our final celebrity encounter outside of a new nightclub. We were waiting to head in, when up walked…Christopher Mintz-Plasse. OK so that name may not ring a bell, but you may remember him as the famous McLovin from the movie Superbad. Needless to say that wasn’t terribly exciting, but the fact that the guy behind us in line happened to be a DEAD RINGER for Matthew McConaughey more than made up for it. I’m pretty sure his name was also Matthew…

Our last stop on that L.A. trip was a shopping excursion on famously ritzy Rodeo Drive. Obviously we didn’t buy anything because we are not millionaires, but it was still fun to pop into the high-end boutiques and pretend to admire ridiculous things like a $5,000 fluorescent pink fur coat. 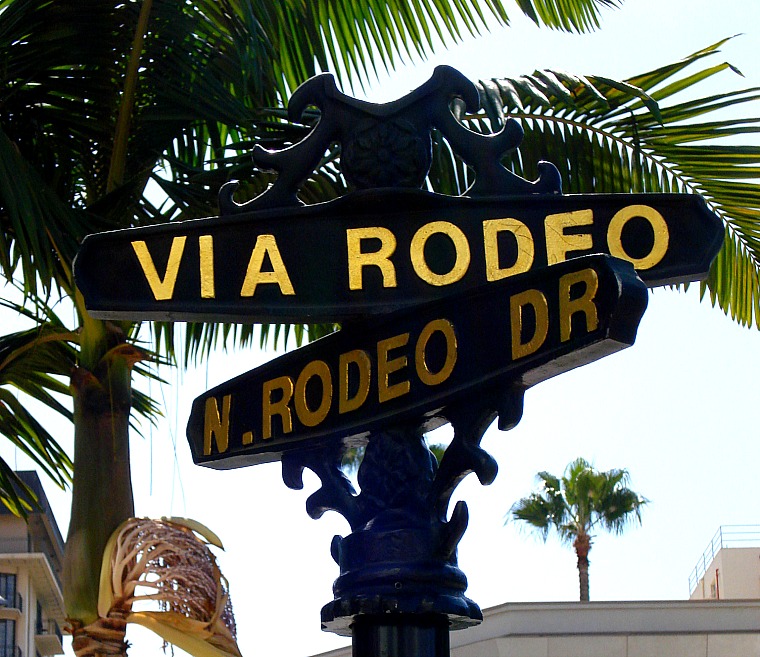 While that brought an end to my first foray into Los Angeles, I found myself back there just a few months later to report on Michael Jackson’s star-studded memorial service. But that, my friends, is a story for another day!

What’s your best celebrity encounter? Share your story in the comments below!