Best food in Belgium: 3 things you need to try 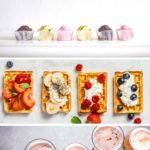 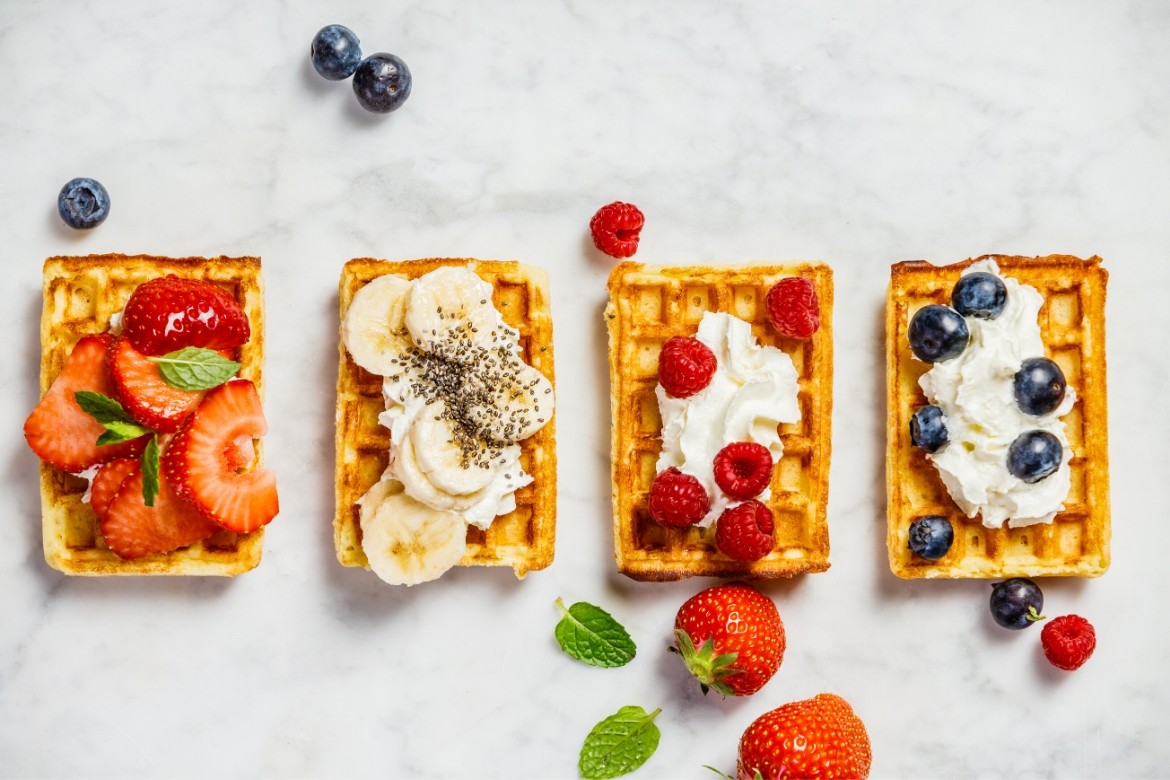 Those Belgians sure know how to treat themselves. Instead of a hearty rice-based, meat or pasta dish that other countries around the world would usually count as their national dish, traditional Belgium food is all about the sweets.

We all know how incredible Belgian chocolate is, and Belgian waffles are next level. Wash it all down with a crisp, cold beer, and it’s easy to see why people tend to put on a couple of extra pounds during a visit here. With that in mind, here’s a roundup of the best food in Belgium that you need to try.

Thanks to centuries of perfecting their craft, Belgium’s brew masters sure pack a punch when it comes to beer.

Being only 20-years-old when I first visited the country, I was more preferential to drinks like fruity shooters and white wine, but was lured to the draft taps after learning about Belgium’s flavoured beers. Even a non-beer drinker like me could appreciate Kreik, the cherry-flavoured variety, and Framboise, a delicious brew which tastes suspiciously like raspberry juice. 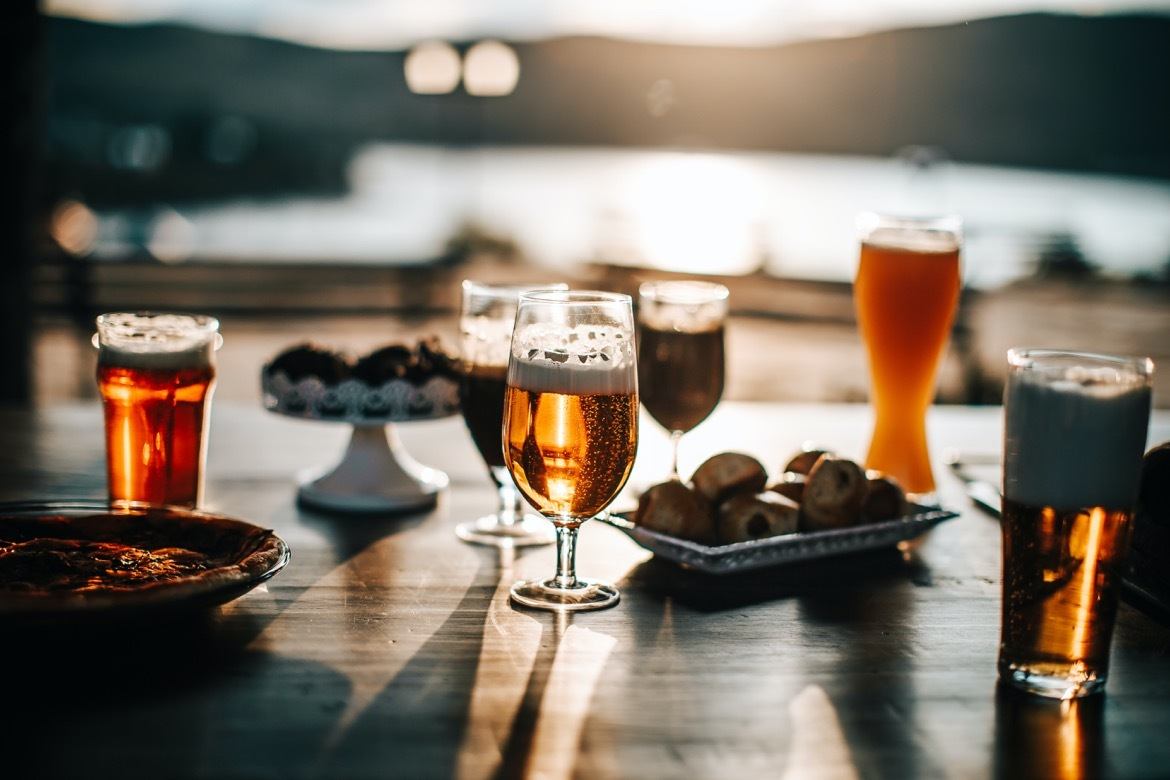 Of course, there’s no shortage of choices for the more manly bunch, and hundreds of different labels are pumped out by over 100 breweries including amber, blonde or brown ales, Flemish Red, stout and wheat beer.

Book a beer and food pairing tour to sample different ales at under-the-radar haunts, which are expertly paired with Belgian dishes. Click to book 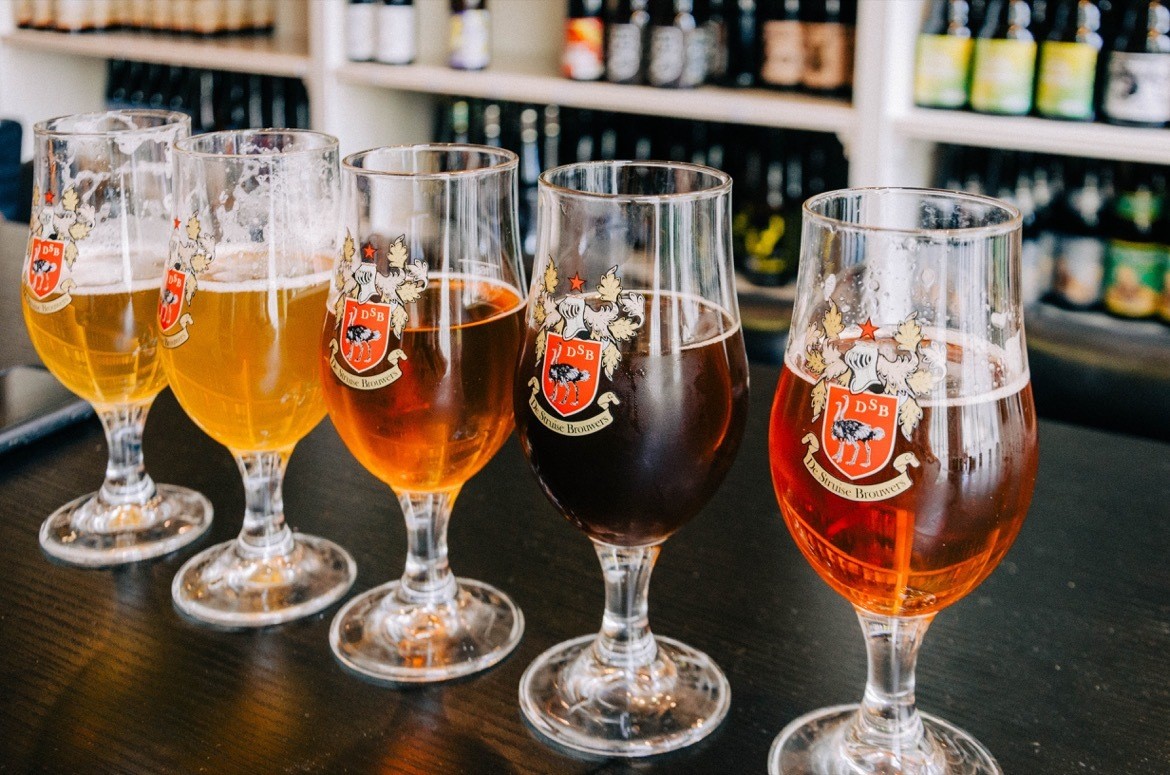 You can’t visit Belgium without picking up some decadent chocolate, and Belgian chocolate is world famous with the tiny country producing more than 172,000 tons of the stuff every year. 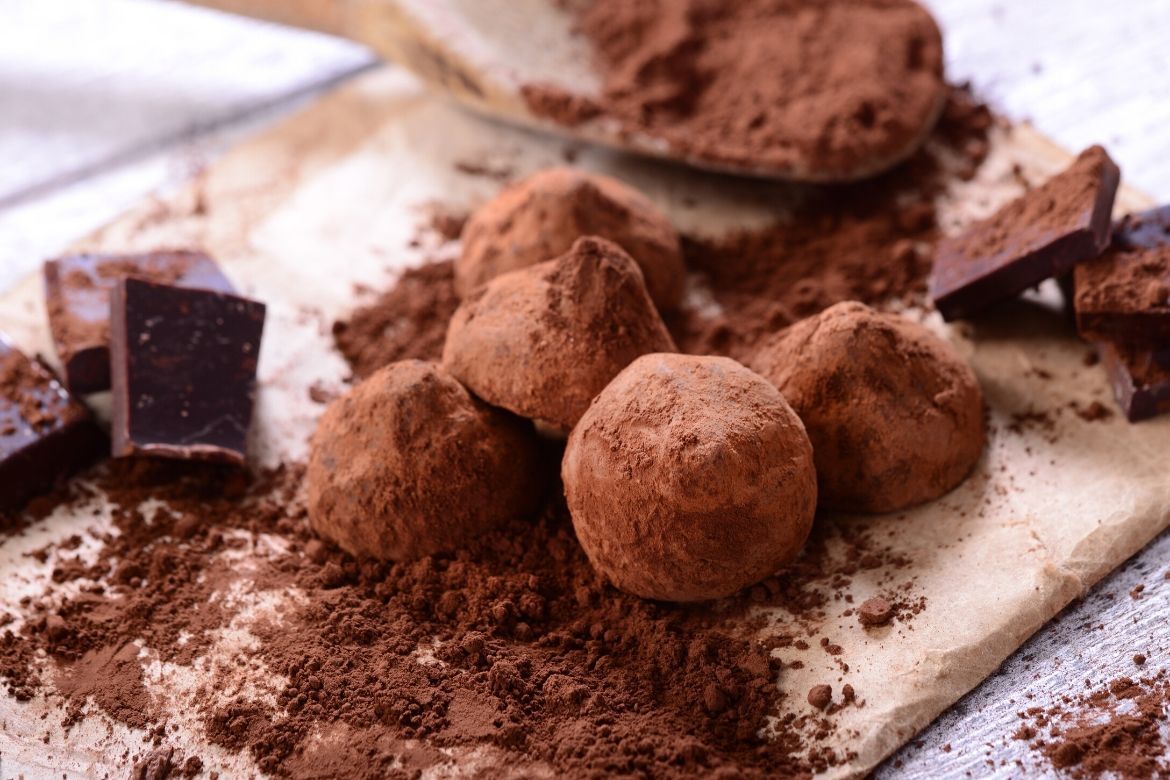 It’s also one of the most popular things to buy in Belgium to bring home as a souvenir, which isn’t a hard task considering there are more than 2,000 chocolate shops across the nation. The capital of Brussels also has a number of museums dedicated to cocoa, including the Museum of Cocoa and Chocolate where you can watch artisans at work and sample their tasty creations. 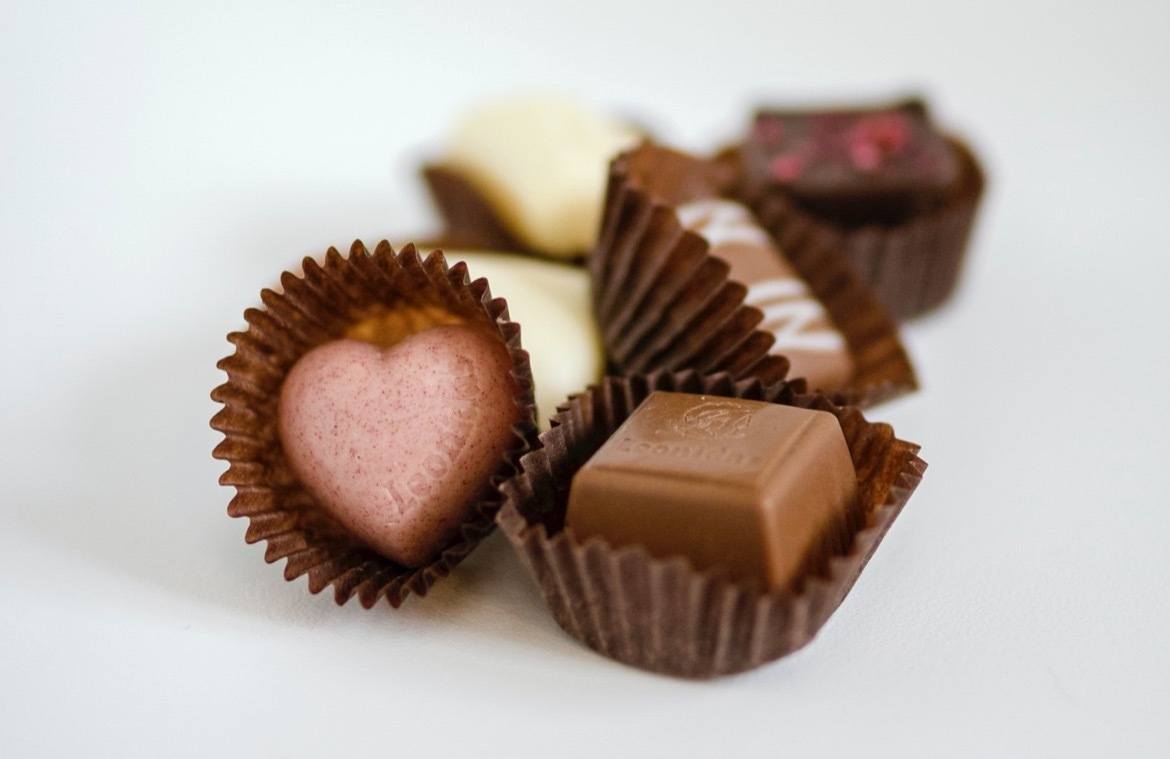 Hopefully your sweet tooth still needs satisfying, because it’s time for a beloved staple: the Belgian waffle, which is undoubtedly the most popular Belgium food. 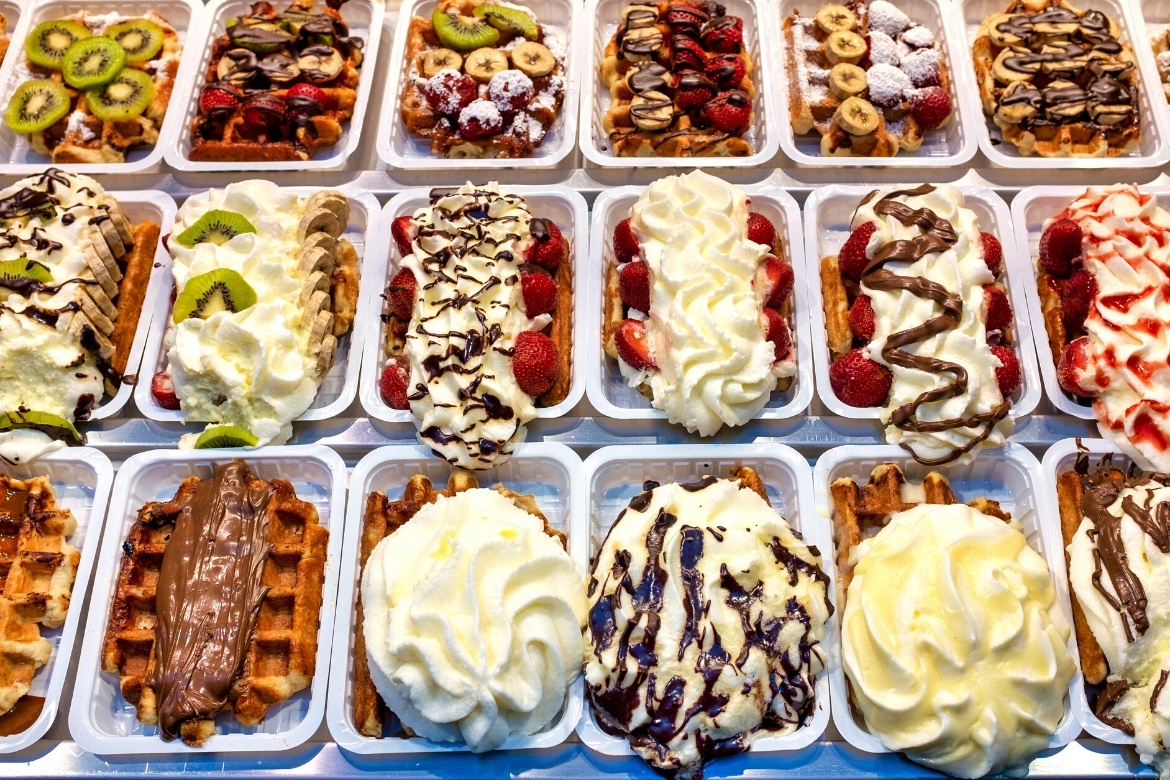 An authentic waffle (called a Liege waffle) is about as big as your face, and you can top it with everything but the kitchen sink. Think kiwis, whipped cream, icing sugar, raspberries, ice cream, bananas, Nutella…the list goes on and on, and yes, it ends up being an entire meal!

Strangely enough, it’s usually served with the tiniest plastic fork you’ve ever seen, so prepare to get your hands dirty. Hopefully you don’t have dinner plans!

To get a taste for what the locals like, join a guided tour to sample popular food in Belgium. Some include visits to both chocolateries and breweries, while others are more of a bar-hopping style where you’ll sip on suds around the city. Here are a few options: 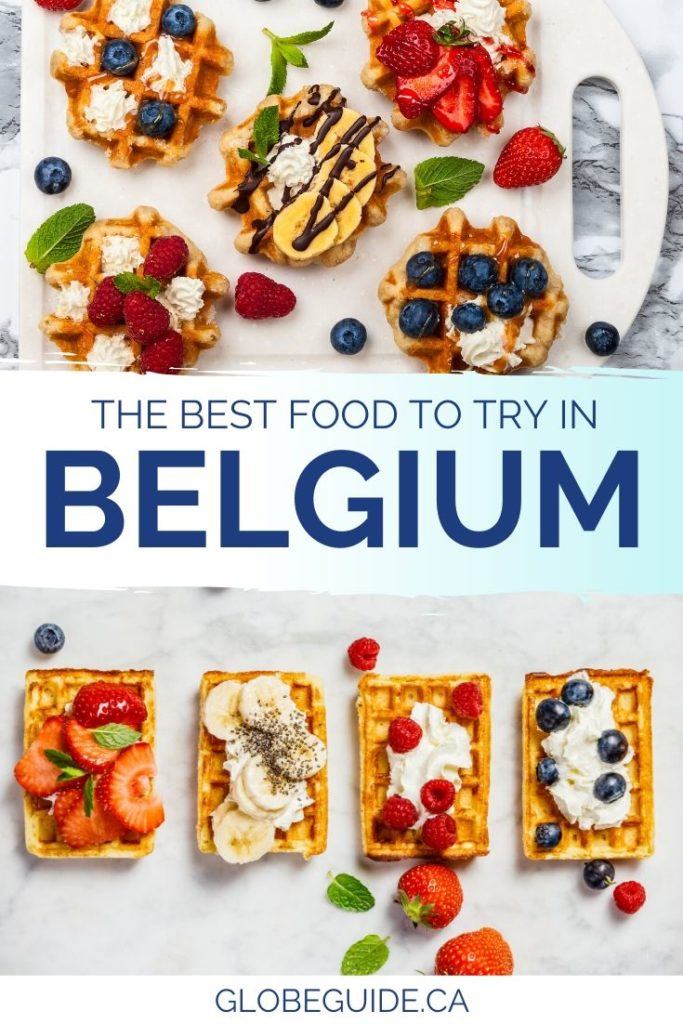 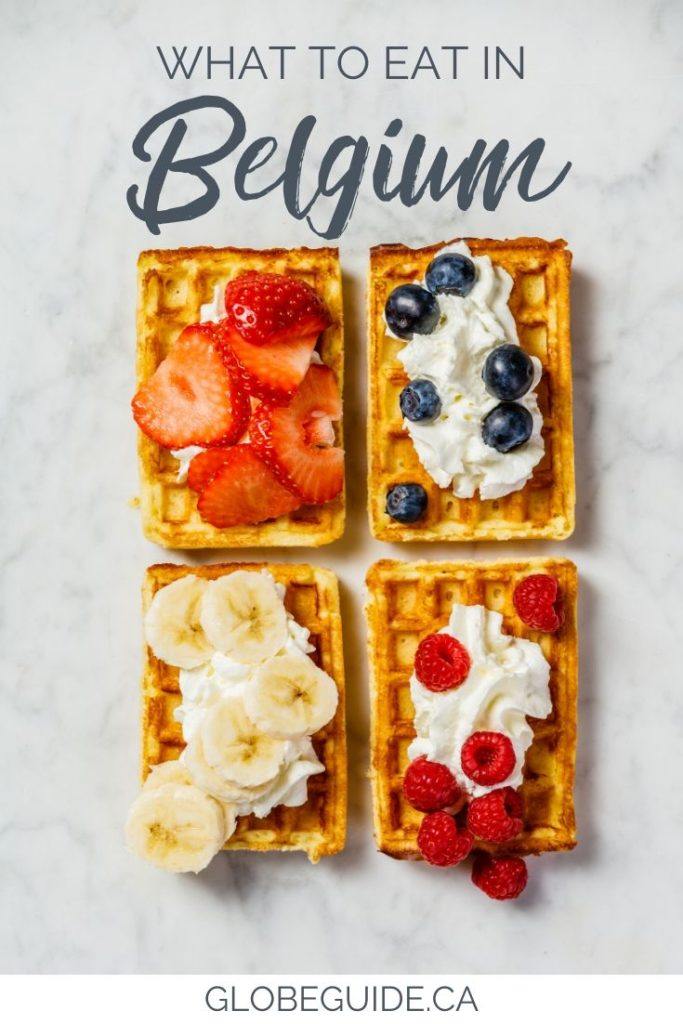 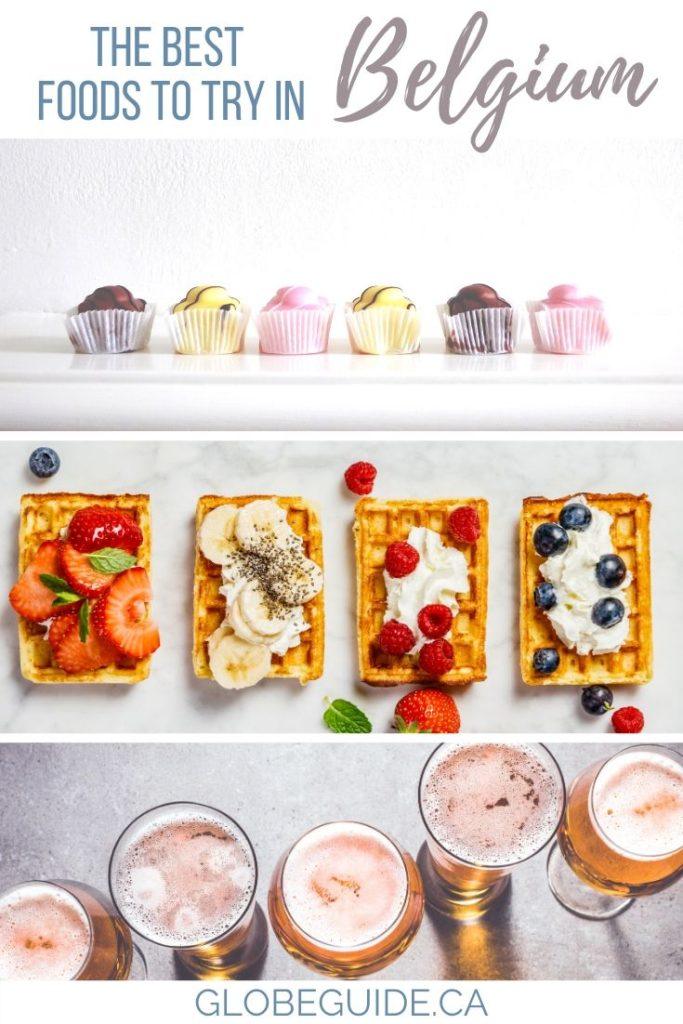