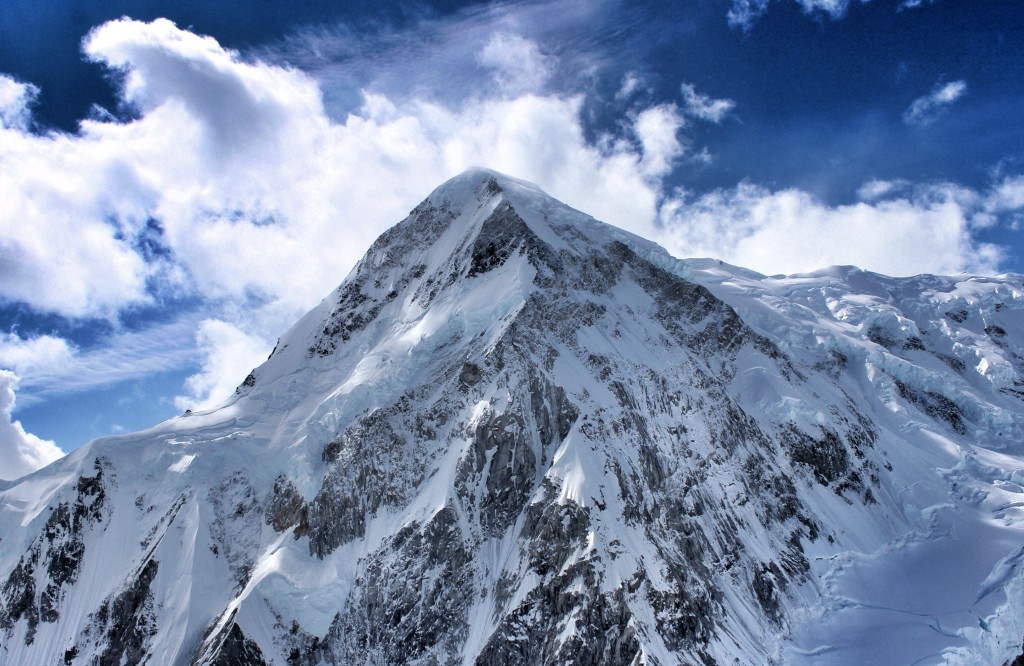 As the nose of our tiny plane tipped up toward the expansive blue sky, my heart skipped a beat. It wasn’t that I was nervous to be heading over craggy mountains and glaciers with nothing separating us from them but the frame of our five-seat Cessna 207—no, I actually found that prospect rather exciting. Rather, it was the anticipation of taking in the raw, untouched Yukon wilderness that few ever get the chance to see, much less from the spectacular vantage point afforded by a flightseeing tour. 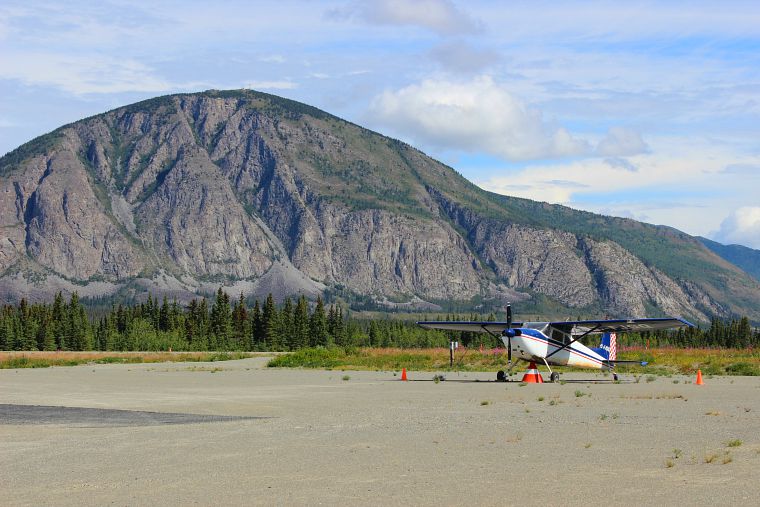 Just minutes before, our group of four had pulled up to the Kluane Glacier Tours base near Haines Junction and met our friendly pilot Alex. After a quick safety briefing we piled into the plane and pulled on the huge headphones that would not only drown out the roar of the engine, but allow us to hear Alex’s excellent commentary as he chartered us through the area. 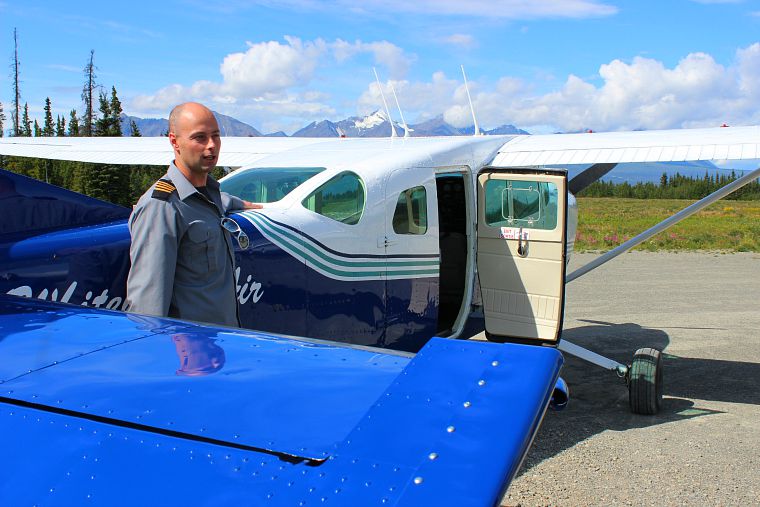 Our destination that day was Kluane National Park (pronounced Clue-Ah-Knee), which is not only home to turquoise lakes and vast mountain ranges dotted with bright foliage, but also the world’s largest non-polar ice fields. Designated a UNESCO World Heritage Site, a clear day means one might be able to see as far as Alaska and even the Pacific Ocean. 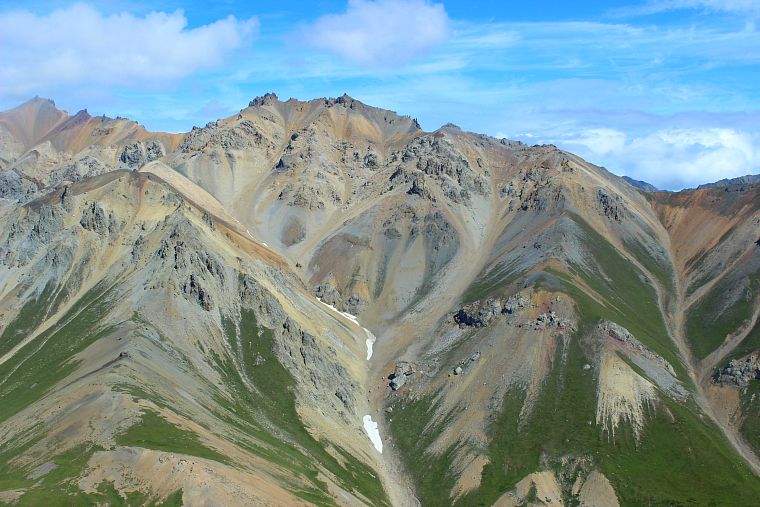 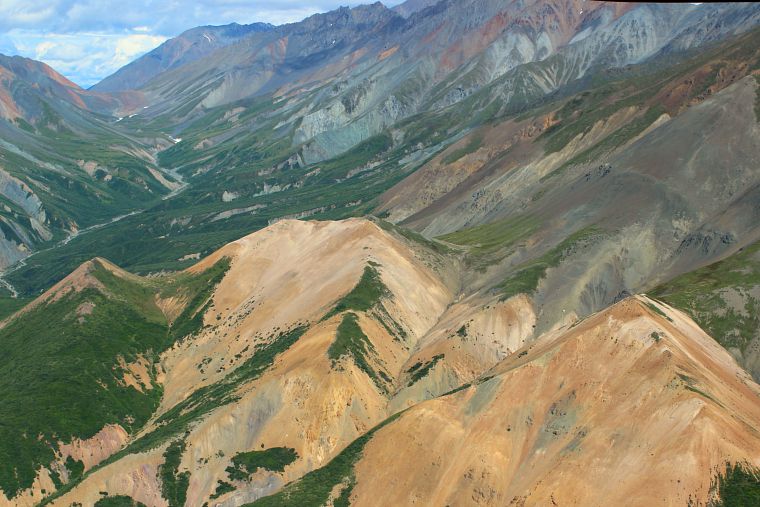 The first part of our journey had us soaring between Mt. Martha Black and Mt. Archibald. Their sandstone coloured peaks were speckled with hearty green forests, and vibrant turquoise pools weaved along the base. At one point the Kaskawulsh, Dusty and Dezadeash rivers converged, becoming the mighty Alsek River. 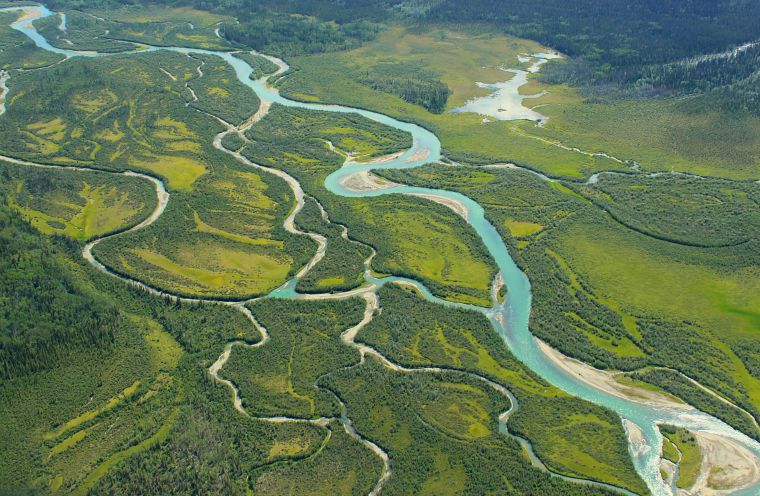 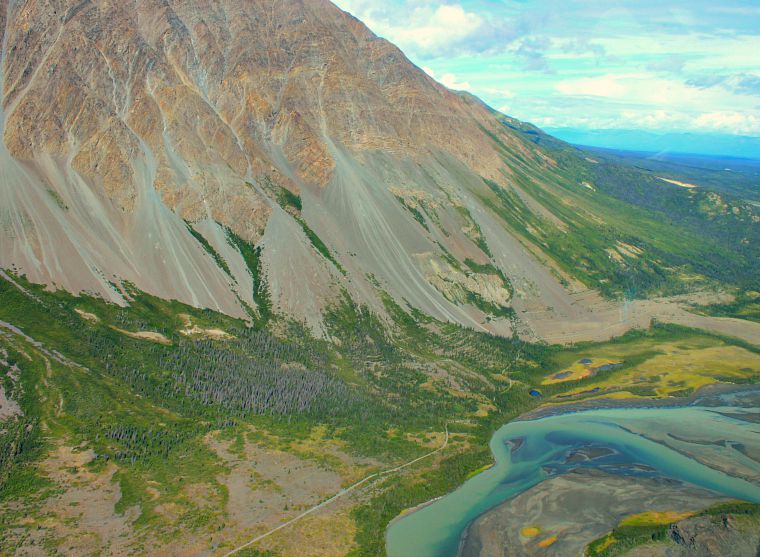 Alex pointed out herds of Dall sheep as we passed overhead, noting that sightings of grizzly bears, moose and mountain goats are also possible. We sat in silent wonder, craning our necks to get one last look at each spectacular peak as we passed by, only to be greeted by another incredible vista at every turn. 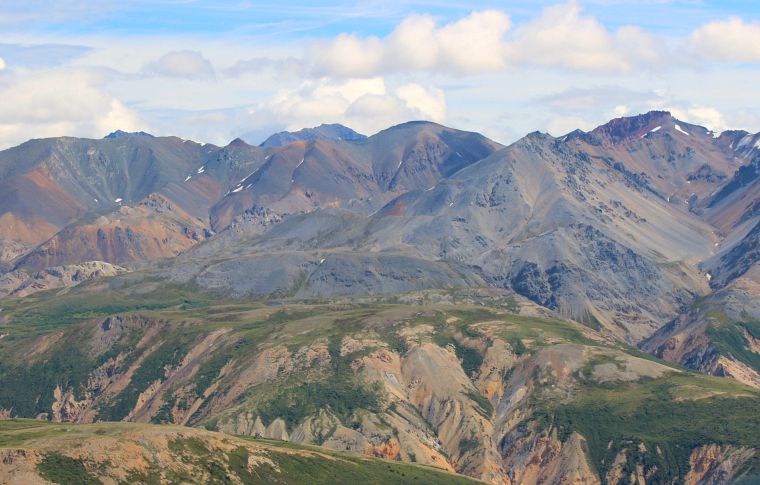 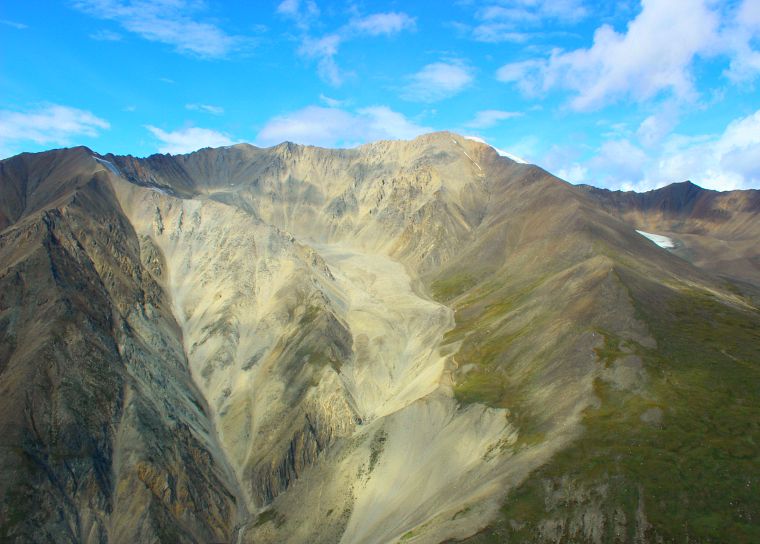 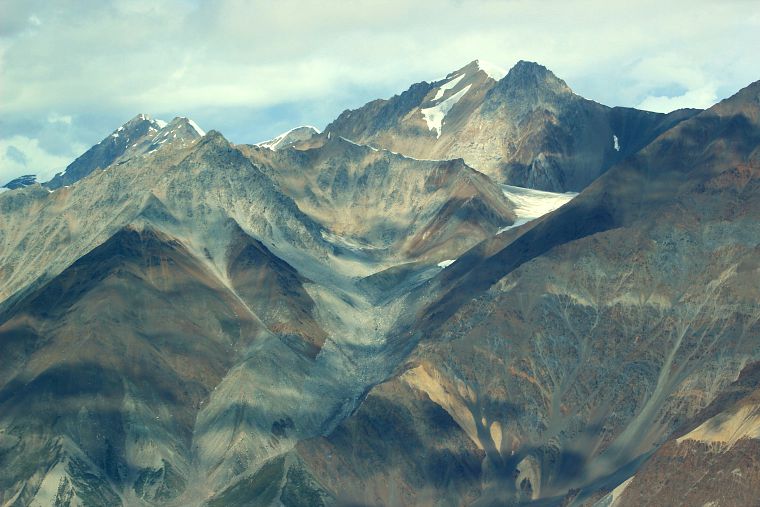 Suddenly as we came over a crest the landscape changed, and instead of swooping incredibly close to jagged, rocky peaks we were now gliding over a winter wonderland. Miles and miles of pure white snow and glistening ice stretched out below us, framed by looming glaciers accented by puffy white clouds and a striking clear blue sky. 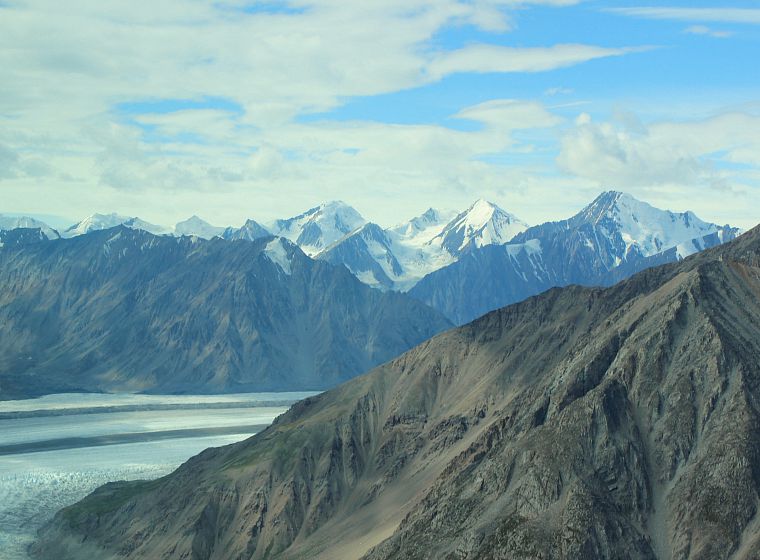 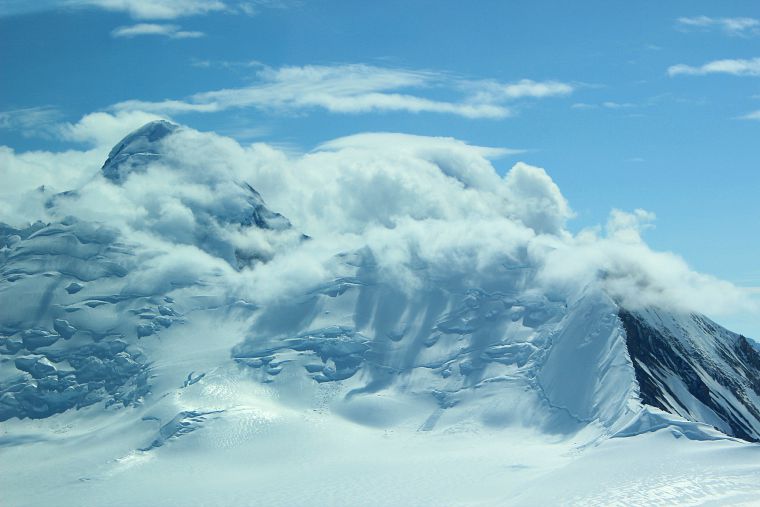 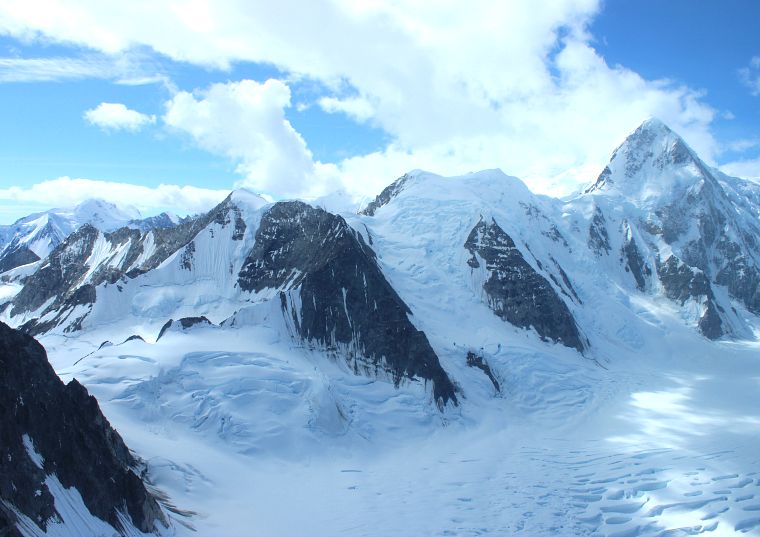 Reaching heights of over 10,000 feet, our little plane passed by the Kaskawulsh glacier, tracing the path of the St. Elias Mountain range. We soon found ourselves looking down on one of the most famous features in the park: the icefields.

Thanks to a phenomenon known as lateral and medial moraines (yay science!) we saw what looked like perfectly paved roadways sweeping through the icy valley. They’re actually formed by glaciers meeting, then the resulting rock debris is swooped up over the newly enlarged glacier, creating a simply spectacular scene. 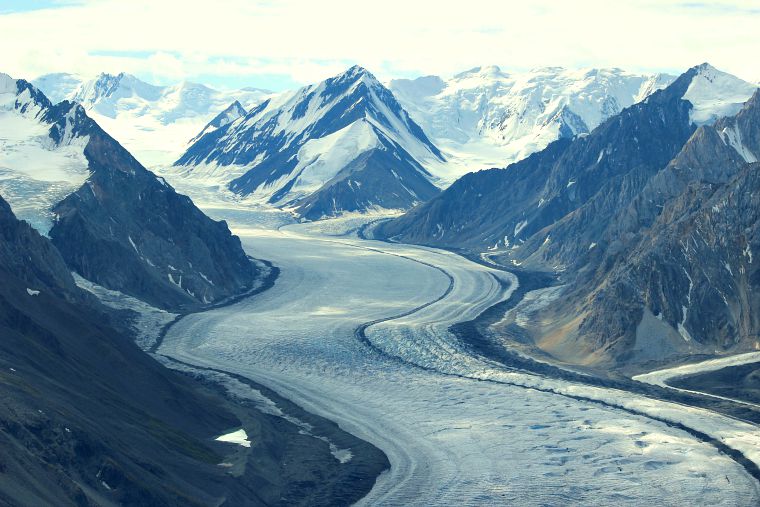 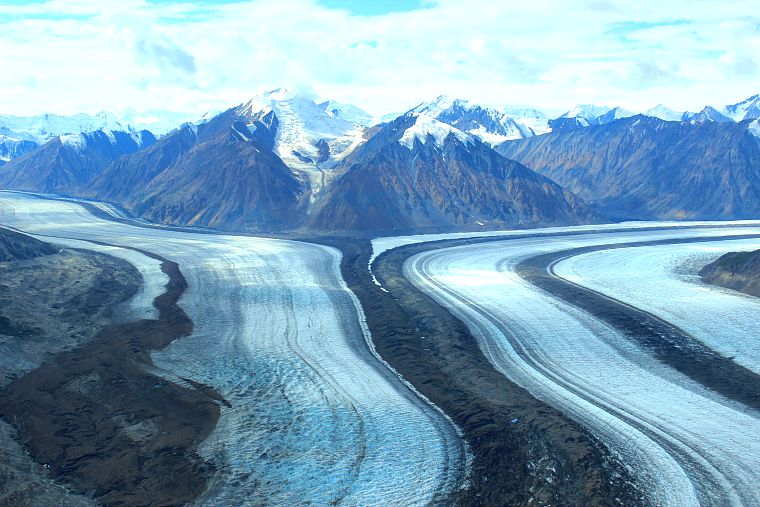 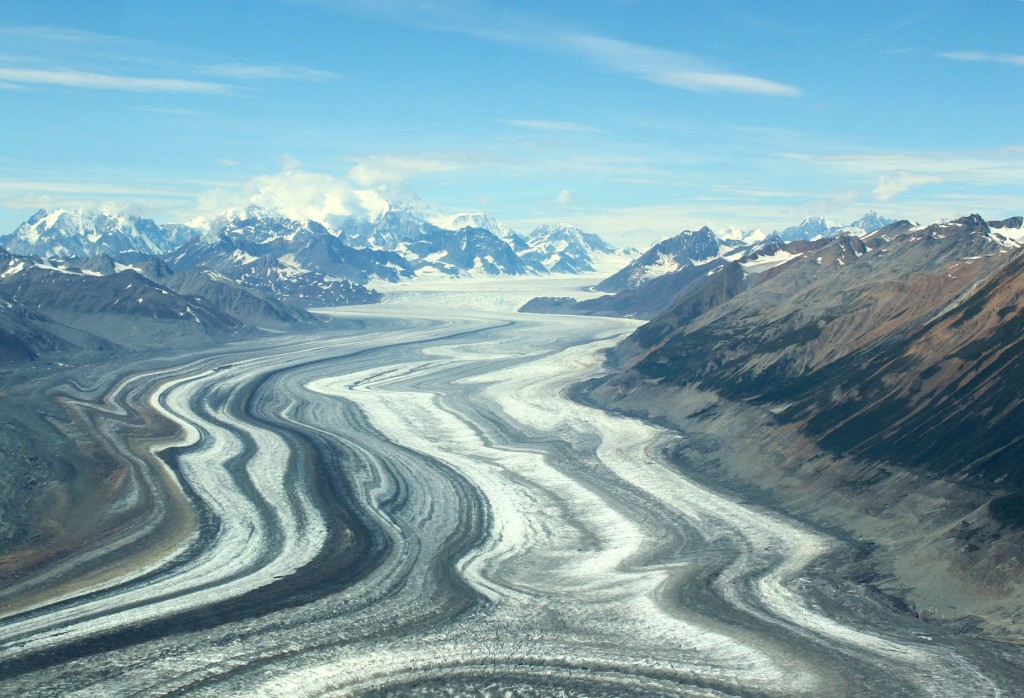 Encouraged by the visibility of a day he called “a nine out of 10,” Alex pushed farther west, taking us in the direction of Kluane’s crown jewel: Mount Logan. Holding the title of Canada’s tallest peak, Logan stands about six-thousand metres tall—nearly 20-thousand feet above sea level. While most tours don’t include a flyover near the mountain, it’s still incredible to be so close to a virtually inaccessible region.

The final leg of our journey saw us soaring back across the dazzling white ice, which would be pristine were it not for the pops of turquoise glacier pools bursting through, like toothpaste had been squeezed onto the snow. 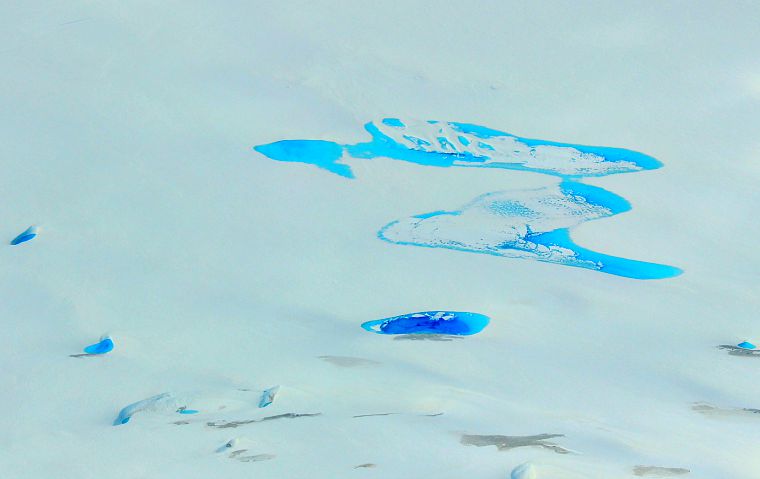 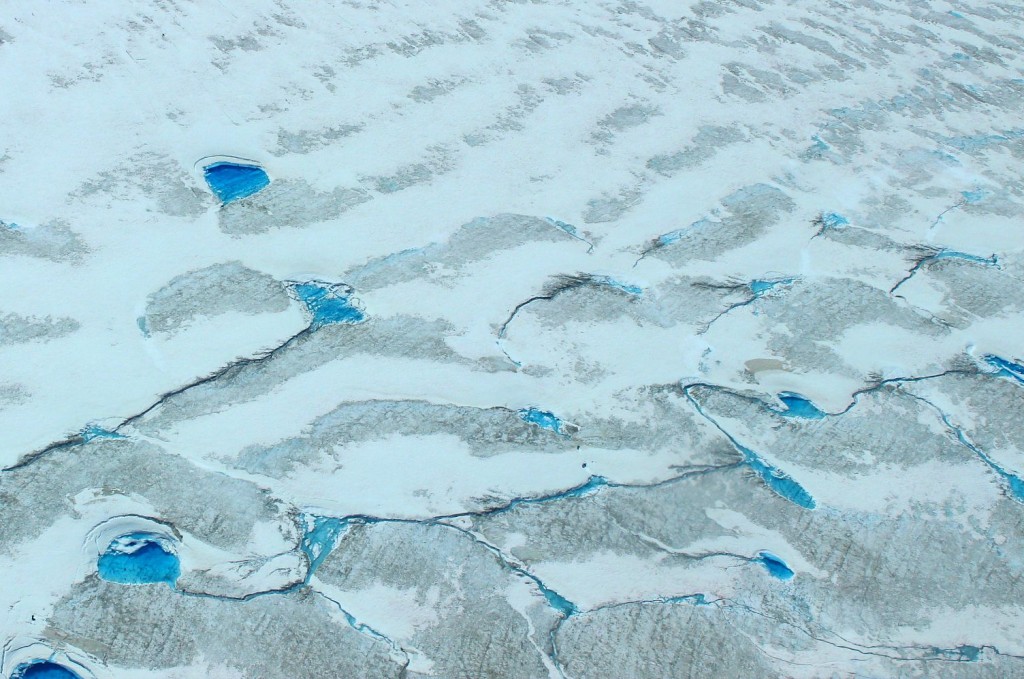 By now we’d lost count of how many vibrant shades of water we’d seen, but one more surprise awaited us. As we made our descent we passed over the Lowell Glacier and lake, where chunks of icebergs bobbed around an aquamarine pool, surrounded by those famous moraines. 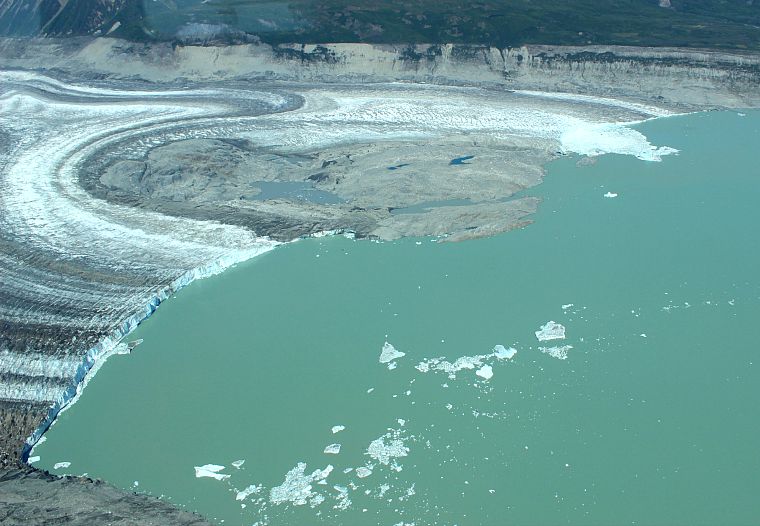 Moments later, the plane touched down on the tarmac back in Haines Junction, where we sat in stunned silence trying to commit those unforgettable landscapes to memory. It was abundantly clear that chasing glaciers through Kluane National Park is not only the perfect way to see one of the Yukon’s most untouched, stunning landscapes—it’s also one for the bucket list. 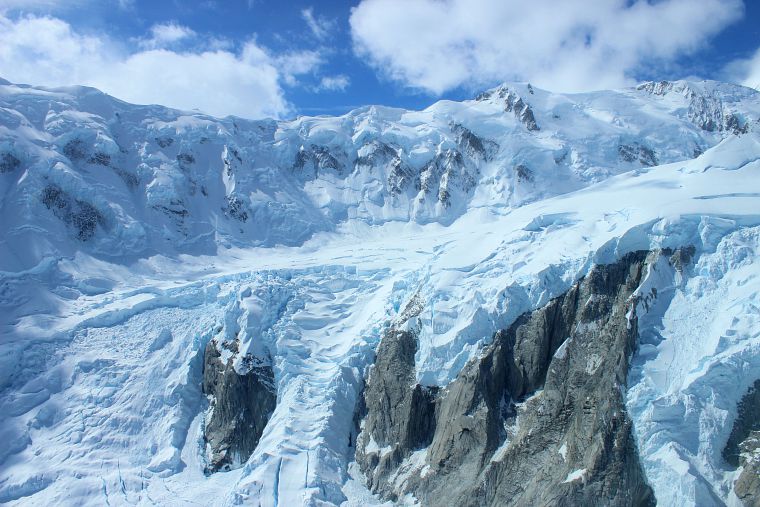 Packages: Kluane Glacier Tours offers four different packages, ranging from around 60 minutes to about two hours, with pricing between $250 and $480 per person.

Top tip: Try to snag the seat at the back of the plane, where you can take photos out of an open window for the best pictures. 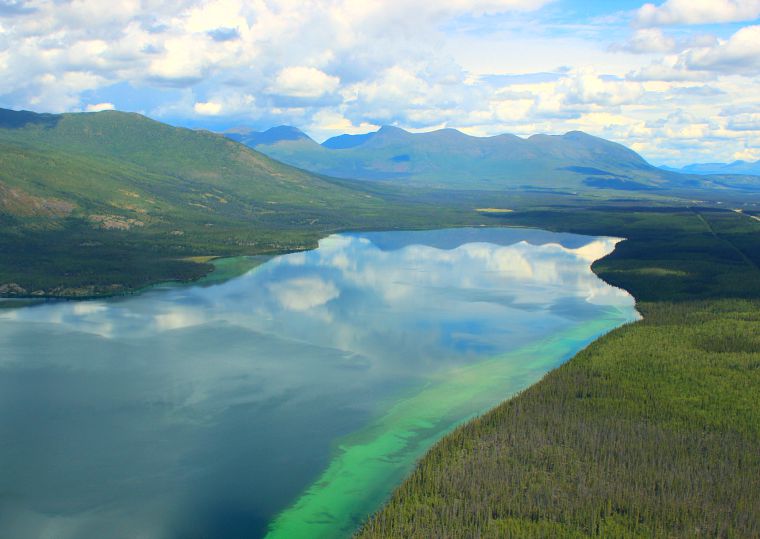 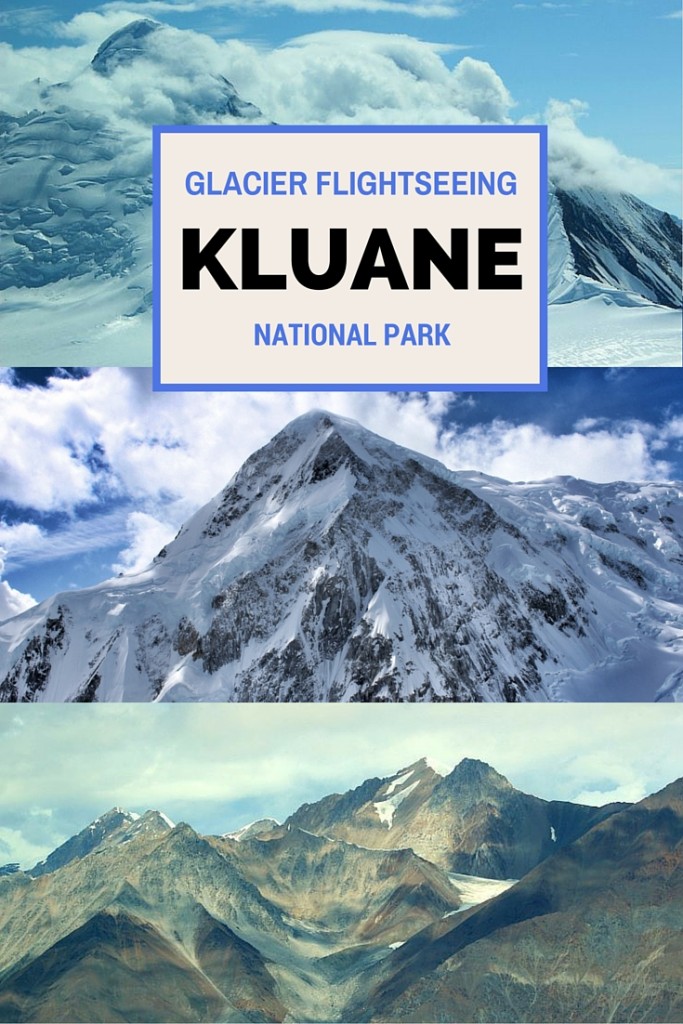 Globe Guide experienced Kluane National Park as a guest of Tourism Yukon and Kluane Glacier Tours. As always, hosts have no editorial influence on articles.