As soon as my girlfriends and I booked flights to New York City for a weekend getaway, the next big question was “what do we want to do?” Aside from the obvious sights like the Statue of Liberty and Central Park, it was unanimous—a Sex and the City tour!

This prospect was not only exciting to me as a huge SATC fan, but also because it was something I knew my hubby would NEVER go for were I visiting NYC with him. So, win win! The tour is hosted by On Location Tours, which also does Gossip Girls, Sopranos and TMZ jaunts that entertainment fanatics will appreciate. The Sex and the City tour is without question one of their most popular trips, thanks to the incredible success of the show despite it going off the air in 2004 (where does the time go?).

Our large, comfortable bus was equipped with a washroom, air-conditioning and TVs, and was full by the time we set off. To the surprise of no one, our group was mostly made up of women, but there were a few brave gentlemen who got dragged along by their girlfriends—what champs!

RELATED: A taste of the Hollywood life in Los Angeles, California

The tour started off near the famous Plaza Hotel which was featured in the show a few times, most famously as the site of Mr. Big’s engagement brunch when he was marrying Natasha—aka the “idiot stick figure with no soul.” We then wound through downtown Manhattan as our chipper guide pointed out other landmarks from the series, such as ABC Carpet and Home where Charlotte fought about bed skirts with her mother-in-law.

One of the first stops was in Greenwich Village, which is home to the Pleasure Chest where Charlotte bought her ‘rabbit.’ You’re welcome to browse in the store for about 15 minutes—or do what I did and head to the AMAZING pizza place just down the street. Two Boots was featured in the scene where Carrie and Miranda grab pizza after a torturous raw food dinner at the restaurant Smith Jared worked at, and just so happens to have some of the best pizza I’ve ever had. I highly recommend it! 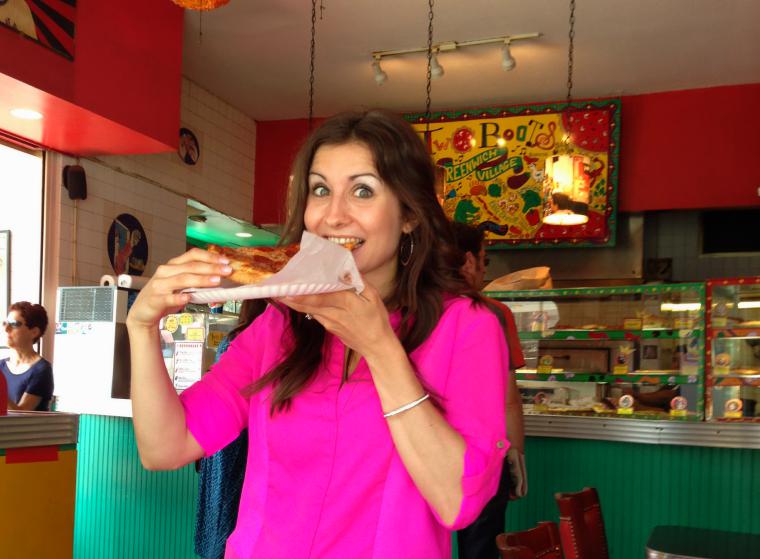 Stuffing my face with amazing pizza.

Next up was Buddakan, the stunning restaurant featured in the first SATC movie as the site of Carrie and Big’s rehearsal dinner. Who doesn’t remember that incredible shot of the chandeliers? Anyway, you’ll get a chance to take some photos, and are invited to come back when it’s open for a free drink with an appy purchase. Not a shabby deal!

Of course being a Sex and the City tour, a little bit of shopping needs to be worked in. So we headed over to gorgeous Bleecker Street which is not only home to some charming boutiques, but is also a stunning neighbourhood. We only got about 20 minutes to poke our heads into some shops, but foodies may want to make time to stop at the famous Magnolia Bakery. Mmm, cupcakes! 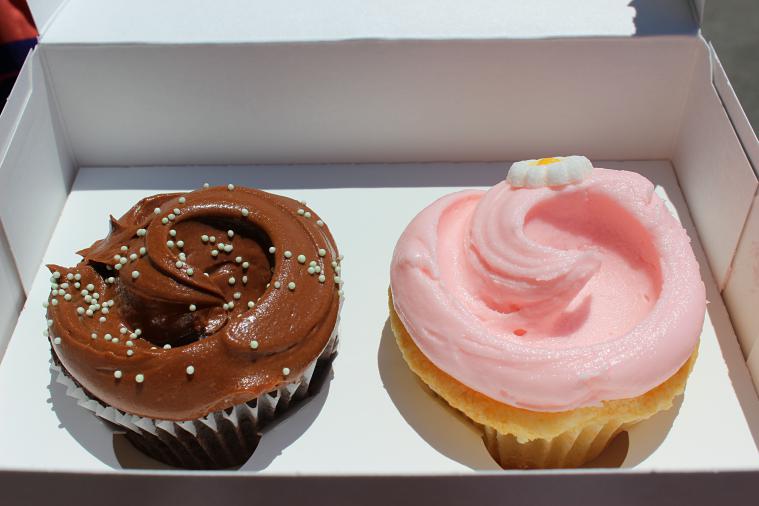 We continued our jaunt around the city scoping out spots like the Meatpacking District where Samantha lived and the alley where Carrie got mugged for her Manolos, before ending up in SoHo at Aidan’s bar. Fun fact: it’s totally not called Scout in real life. It’s actually O’Nieals, but the bartenders were more than happy to whip up dozens of Cosmos for $9 a pop.

RELATED: This is what a $25,000 New York City hotel room looks like 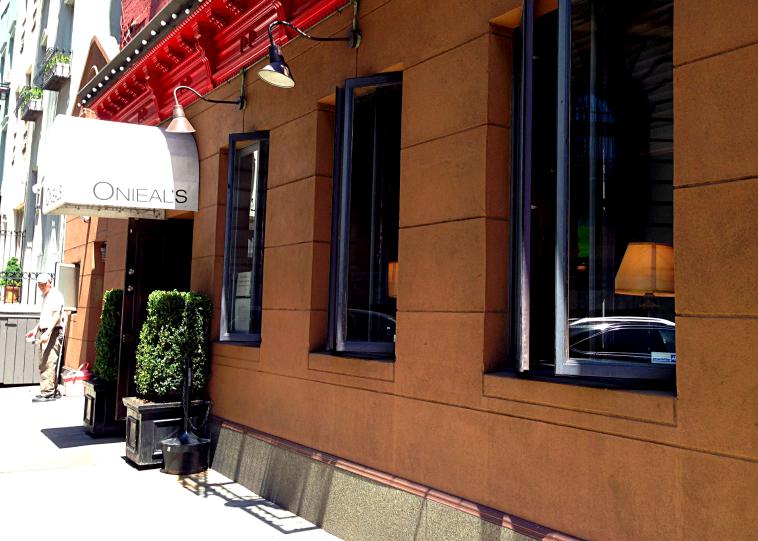 Fittingly, the tour wrapped up just a couple of blocks from the site of one of the most poignant scenes in SATC history: the New York Public Library. Yes, the place where Mr. Big left Carrie at the altar. 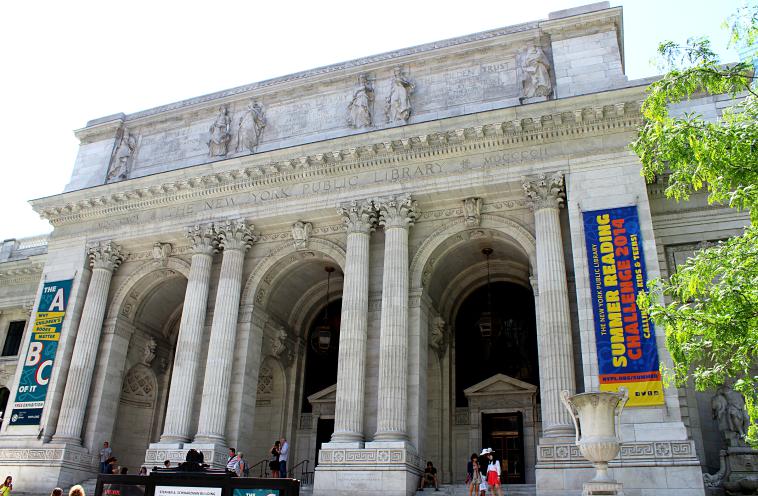 The only things I wish were done differently was that we could have seen Ms. Bradshaw’s apartment (maybe it was just a set?) and that we got more opportunities to walk around the sites instead of just drive-by. All in all, the tour was a neat way to see the city, and I would definitely recommend it be one of the first things you do in New York City since you’ll get a glimpse of the hip neighbourhoods you’ll want to return to. The tour is a good way to make the most of a rainy day, since you’ll be on the bus most of the time.

My final tip? Binge watch Sex and the City episodes before you go!

Cost: $49 per person, or free if using a New York Explorer Pass. 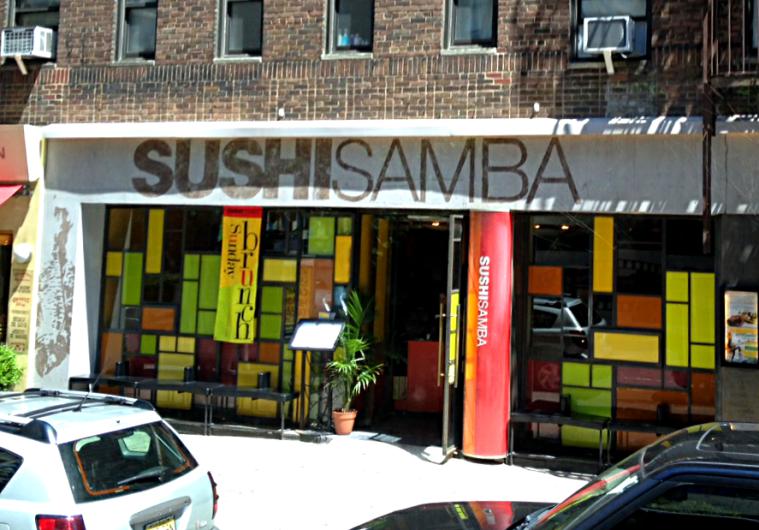 The restaurant where Samantha threw a martini on Richard- it sure looked bigger on TV!