How to see Vaduz, Liechtenstein in one hour 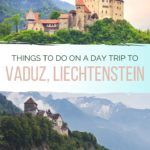 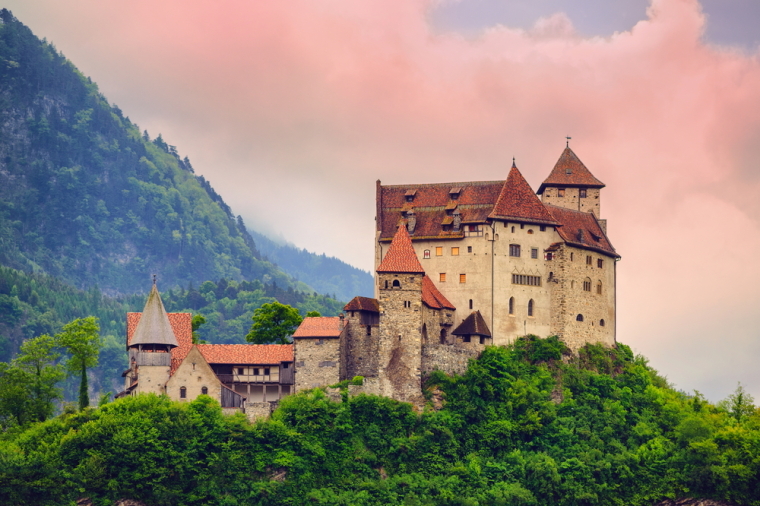 Let’s face it. Sometimes in an attempt to explore this great big world, we have to make tough choices about what’s a ‘must see’ and what’s a ‘nice to see.’ As a result, the tiny country of Liechtenstein is often skipped by those traveling through central Europe, despite sharing borders with Switzerland and Austria. Fortunately, even those simply passing through can get an idea of what the country has to offer in just an hour—and get their passport stamped to prove they were there! Here’s how to do it. 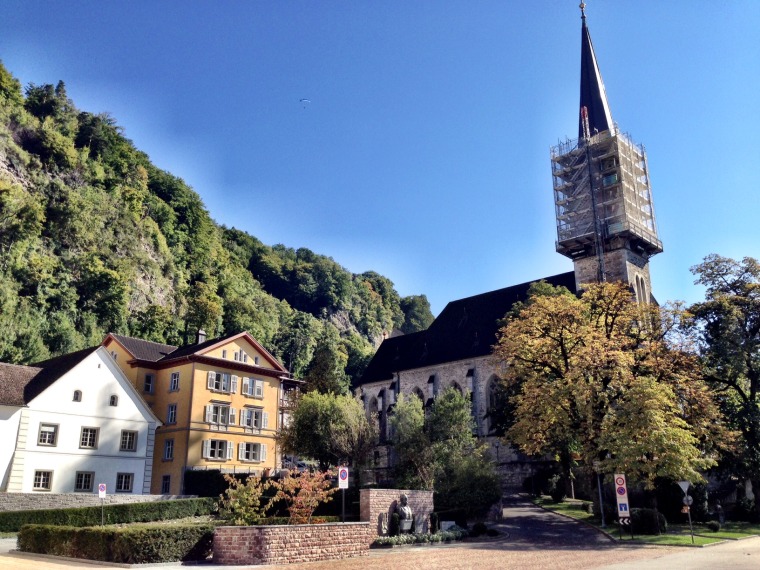 Liechtenstein’s capital Vaduz is where all the ‘action’ is—though truth be told the city lends itself more to the chill cafe crowd than those looking for Vegas-worthy nightlife. But if there’s one thing Vaduz can brag about, it’s the epic views: the sight of towering mountains surrounding the city accented by a bright blue sky are simply breathtaking. It’s no wonder Liechtenstein is a paradise for outdoor enthusiasts, offering spectacular hiking trails and activities such as mountain biking and paragliding. 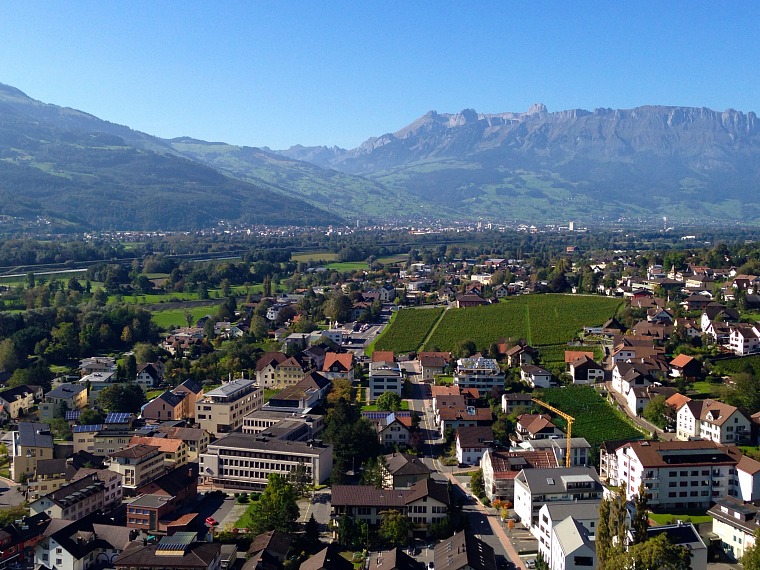 Fortunately, Vaduz is the one place most visitors find themselves, whether their tour bus is stopping for a quick break or they need a place to hunker down for the night. The main street of Städtle—which fittingly means ‘small town’—is the obvious place to start, and there is lots of parking available for road-trippers. Head toward the town centre on foot, and be sure to stop in at the tourist information office, which is where you can get those coveted passport stamps. Each one costs about €3 at the main desk. 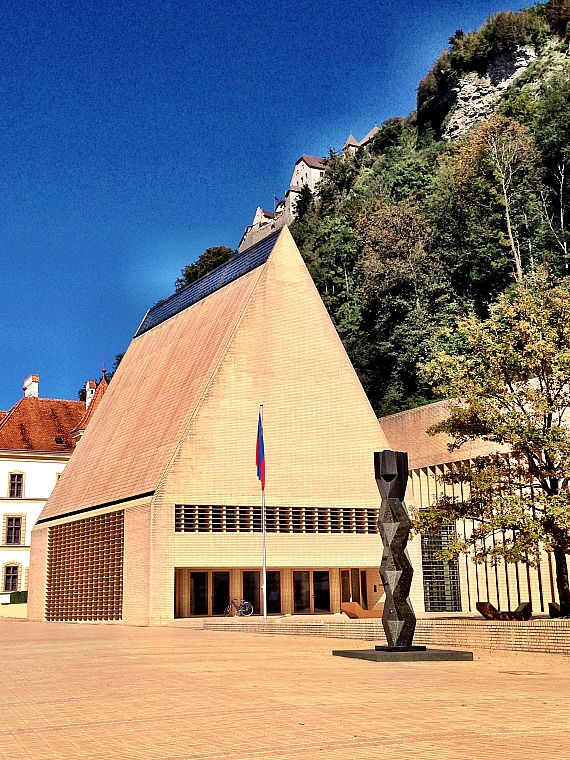 The town hall, cute cafes, souvenir shops and postage museum that take up the next few blocks can easily be navigated on foot, especially as it’s a pedestrian-only area. Not only is it a prime spot for people watching and soaking up the sun, but there are some neat sculptures worth taking a look at. 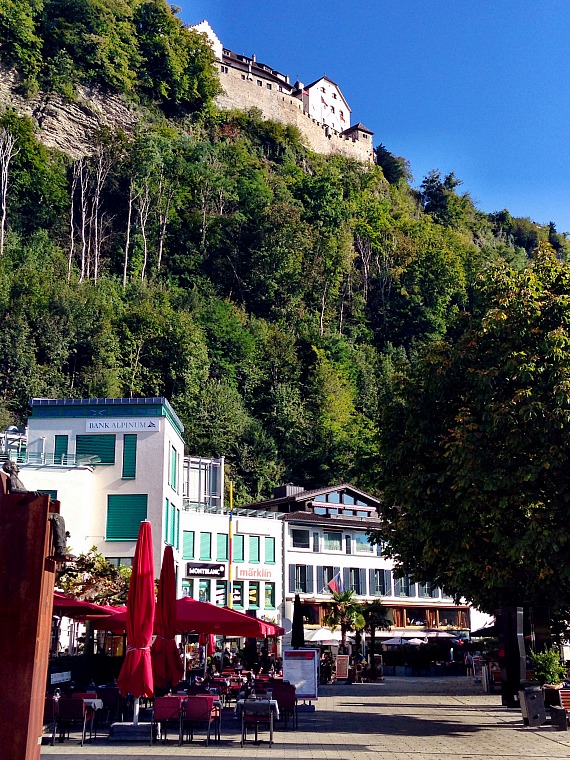 Those who want to explore more but don’t feel like hoofing it around can hop on the Citytrain, which takes visitors through the old town, past the vineyards and through the surrounding countryside before returning to Vaduz. If you have time to spare, do the hour-long Citytrain Wine Tour which takes an hour and includes a stop at the prince’s own winery and a tasting.

Now for the best part: Vaduz Castle. The official residence of the Prince of Liechtenstein (yes, there is a royal family, and yes, they actually live there), this is by far the most popular spot in the entire country—even though visitors can’t actually go in. 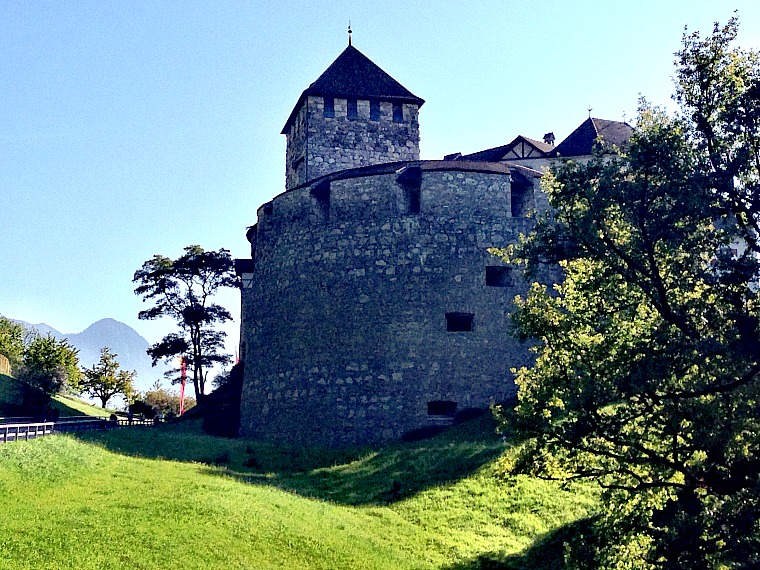 First mentioned in documents in 1322, the castle has been perched on a strategic viewpoint overlooking Vaduz for centuries. Not only has it hosted royalty for hundreds of years, but it’s also undergone numerous additions, hosted army barracks, a prison and even a tavern at one point. 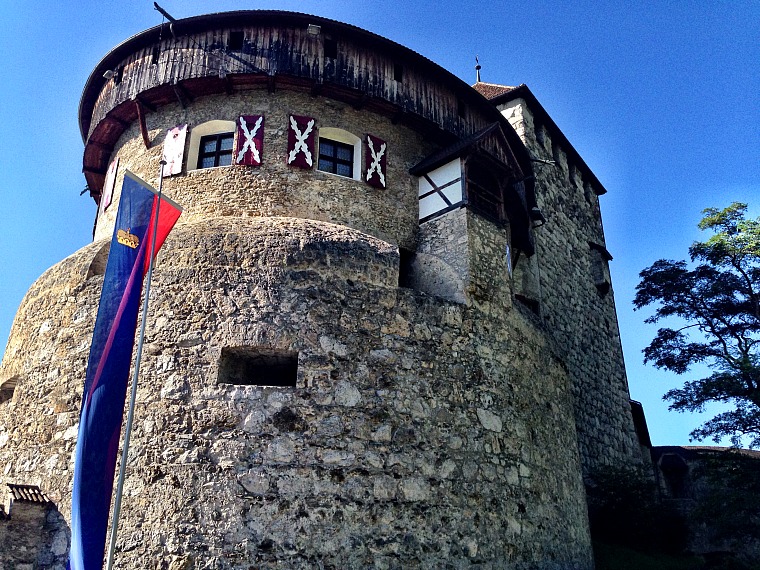 Those who have a vehicle at their disposal can drive to the top, otherwise it’s about a 25 minute walk up a steep hill. However, there are some stunning viewpoints along the path that overlook the entire city as well as trail markers which outline Vaduz’s history, so it’s worth the walk if you’re up for it. 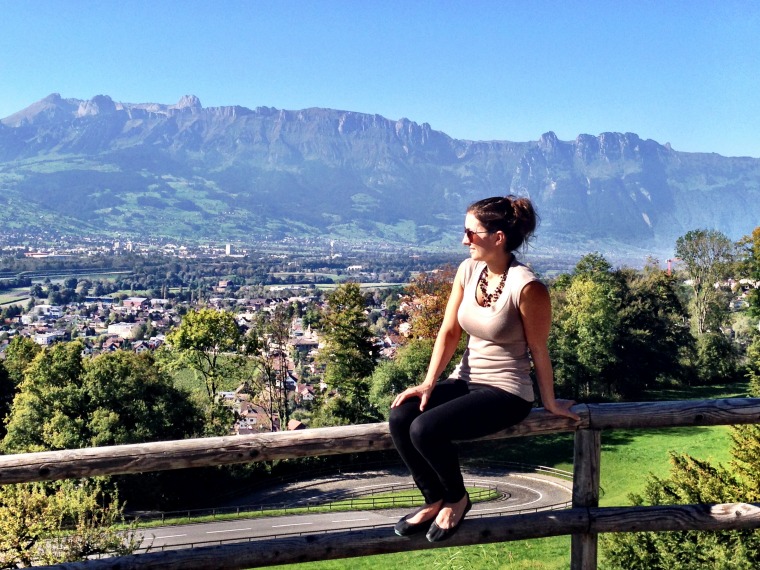 Once you breathlessly arrive at the castle, try and sneak a peek of the royal family who are likely in one of the 130(!) rooms. It’s harder than it might seem—there are surprisingly few windows!

Estimated duration: 30 minutes (at a brisk pace up the hill)

And there you have it…Vaduz in in an hour! 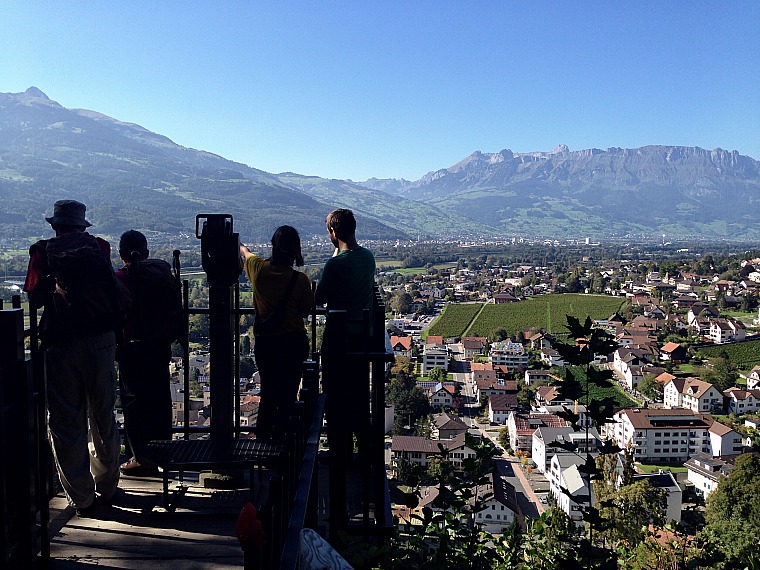 A lookout point near the castle.

Currency: The Swiss Franc, but Euros are also commonly accepted.

Language: The official language is German, but most people also speak English.

Add-ons: If you’re one of the lucky ones who has more than an hour to spend exploring Vaduz, head for the hills. The three-hour Prince’s Way hike is one of the most popular routes, featuring a vertical of 700 metres and exposed sections that require the use of fixed wire ropes. Those visiting Liechtenstein in the winter can enjoy activities such as husky rides, skiing, snowboarding and snowshoeing.

The best of Bern, Switzerland—including that bear pit!

The rolling hills of Austria and a guide to Salzburg 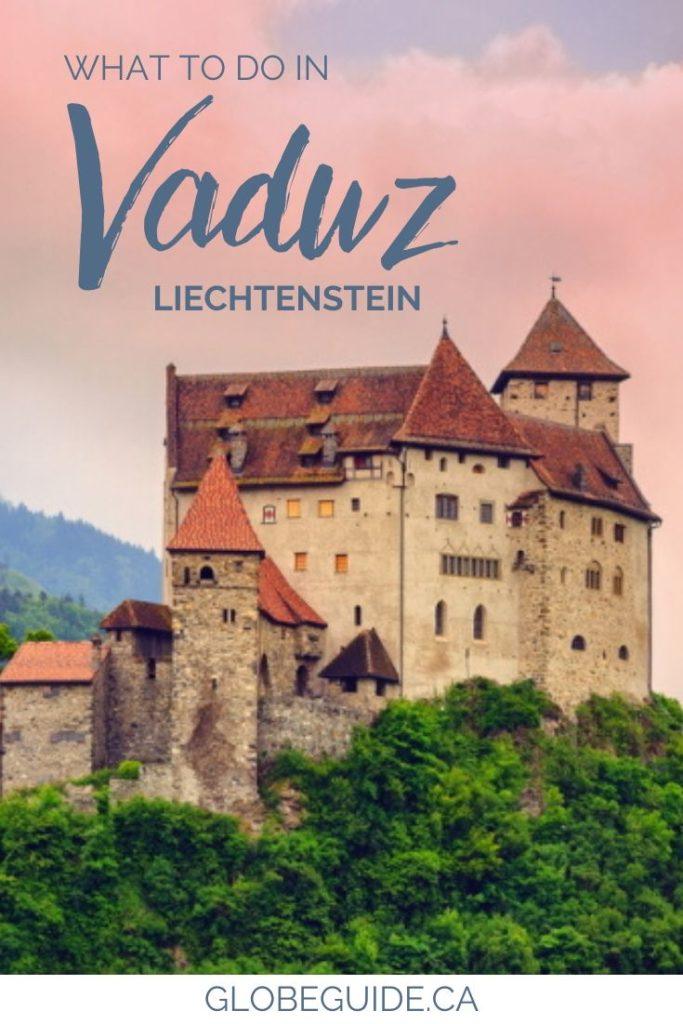 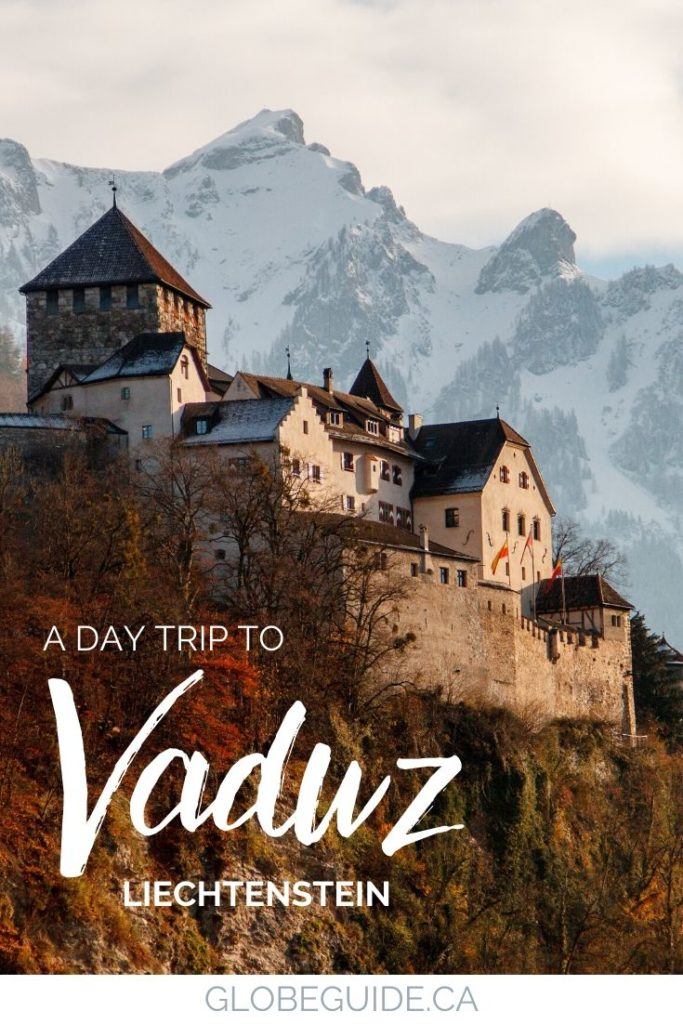 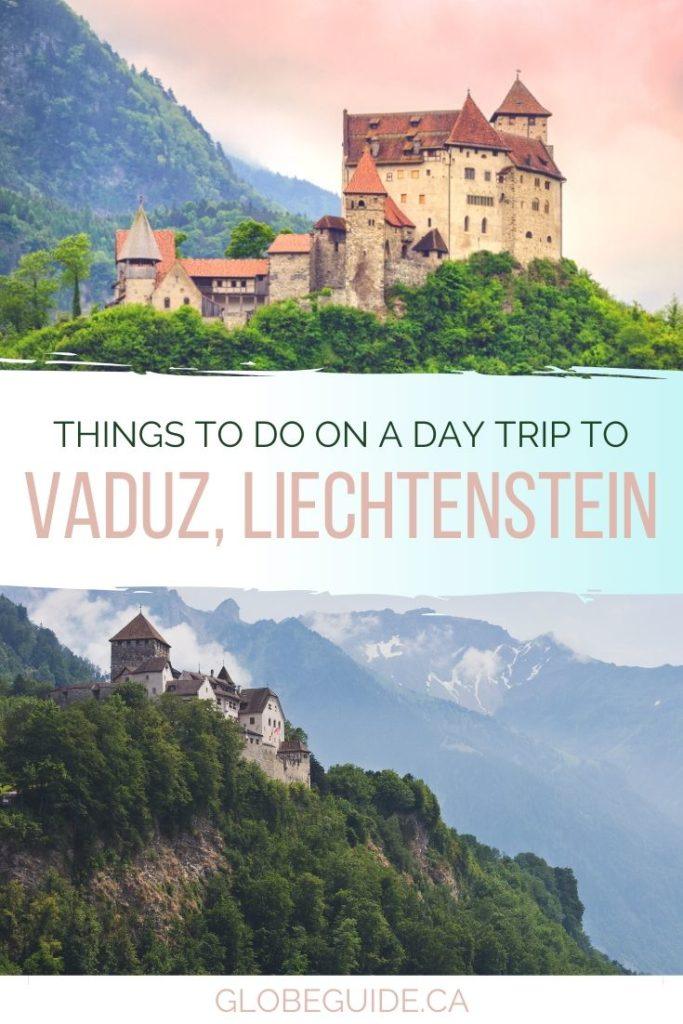