A guide to Pisa—including that leaning tower

I have to say, I love tourist traps. I know that all the hoity-toity, hardcore travelers out there are too good for such attractions, but hey, isn’t seeing world-famous landmarks kind of the point of leaving home?

The Leaning Tower of Pisa is perhaps one of the most notorious, considering it’s in a small city in the Tuscan countryside that doesn’t have much else to offer. But hey, if you’ve made it to Florence you might as well go that much further on the train to get that cliché photo. 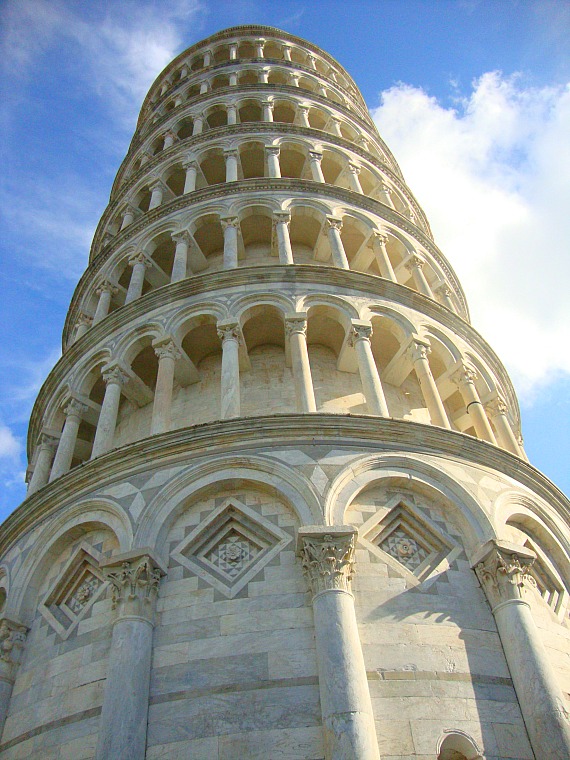 Getting to Pisa is surprisingly easy, thanks to the fact that it’s only about an hour away from popular Florence, on the west coast of Italy. Not only does the main train station—Pisa Centrale—connect with much of the country, but Pisa also has an airport. 17 airlines fly into PSA, including major players like Air France and Lufthansa, and budget options such as Ryan Air and EasyJet.

If you arrive by train, you’ll pull up into the centre of town and it’s easy to get around from there, whether you walk, bus it or decide to drive.  Other than the Tower, one of the city’s main attractions is the River Arno which winds through the city, and is lined with the colourful facades of historic homes and buildings. There are also a number of churches including the gothic Santa Maria della Spina, located near the bridge. You could spend an evening wandering through downtown, but truth be told there isn’t much to do other than grab a chilled glass Prosecco at an outdoor café, or feast on the incredible Italian food. 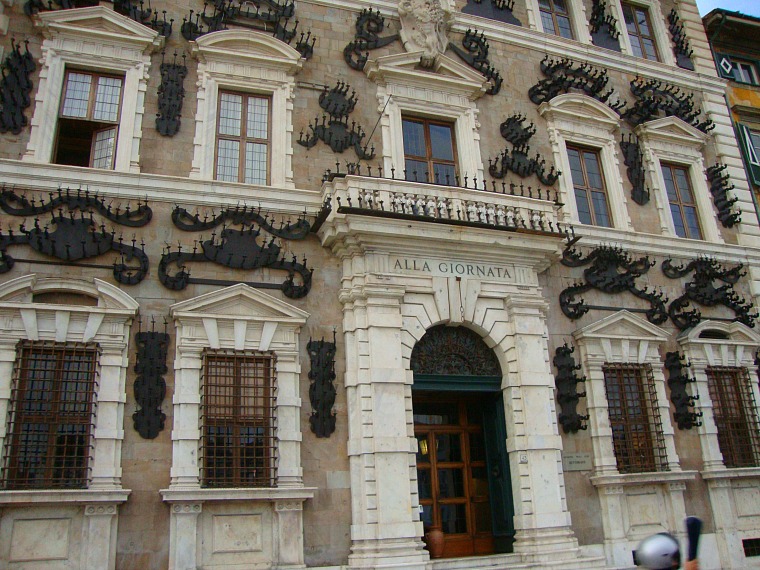 Alright, to the tower. It’s actually not a terribly long walk to get there by foot, only about 25 minutes from the main train station, and closer if you’re already near the river. Alternatively, hop on a bus or cab it. The Leaning Tower of Pisa is part of a massive complex called Piazza del Duomo, surrounded by a bright green lawn which serves as the backdrop for a number of UNESCO monuments including the tower, The Baptistery and a Cathedral. The pathway up is lined with souvenir stalls—the perfect place to pick up a Pisa shot glass…aka a leaning one (probably not great for actually drinking out of!). 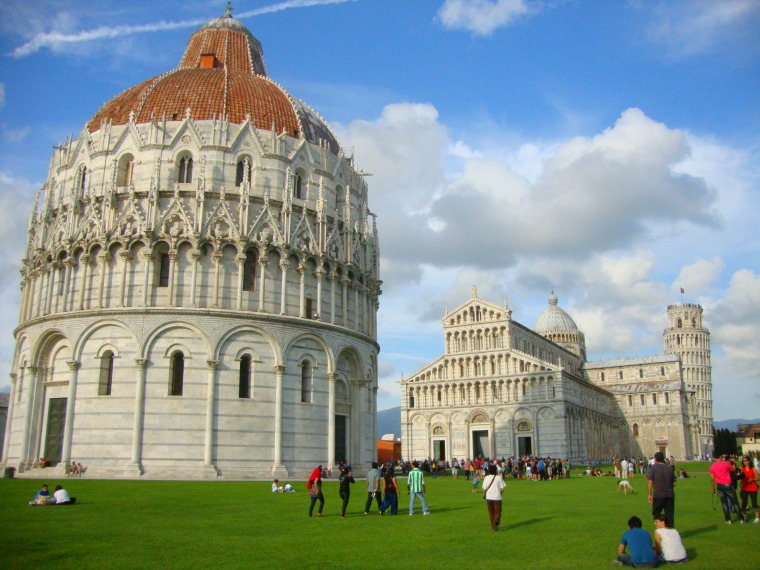 In case you’re wondering, the reason the tower tilts is because the foundation was placed on ground that was too soft on one side. The building began to tilt over a number of decades, until it was stabilized later in the 20th Century.

After taking in the view of the bright white, leaning tower (which is surprisingly not actually that tall: eight storeys to be exact), the second thing you’ll notice is the hordes of tourists taking ridiculous photos. Guilty as charged. How can you NOT take the photo of yourself ‘holding up the tower?’ The beauty of this is that everyone is doing it, so it’s really not that embarrassing at the time. 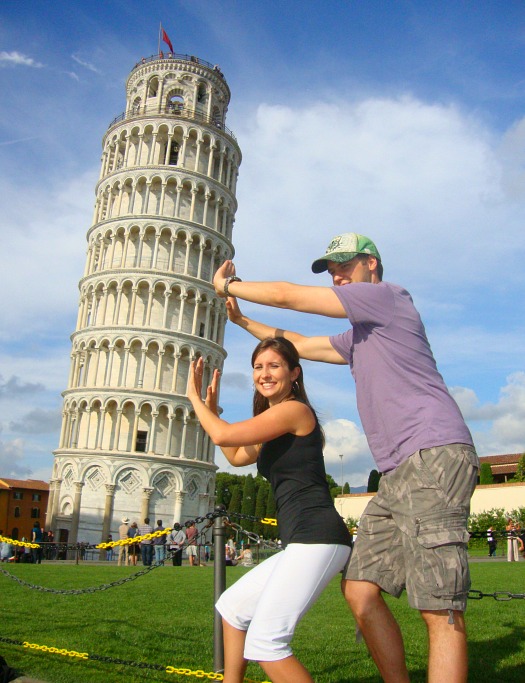 Visitors are also allowed to take a trip up to the top of the tower, which will set you back 18€. You can purchase them online up to 12 days before your visit, or at the ticket office on site. Admission also includes entrance to the Cathedral.

You only need to budget a couple of hours to see the entire site, making Pisa a great option for day-trippers from Florence.

Must try: Umm, everything. Is it just me, or is Italian food the best thing ever?

Travel tip: Only stay in Pisa for one day. There is not tons to see, and your time is much better spent exploring other areas in stunning Tuscany. 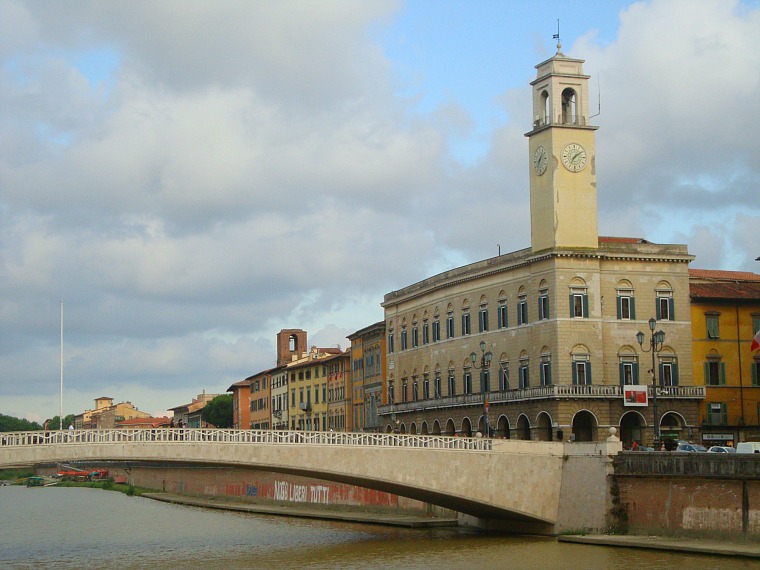 Venice, Italy: Top 3 things to do

When in Rome: How to make the most of your visit

Why you should skip Venice and stay in Lido

Top 5 tips for visiting the Vatican in Rome, Italy 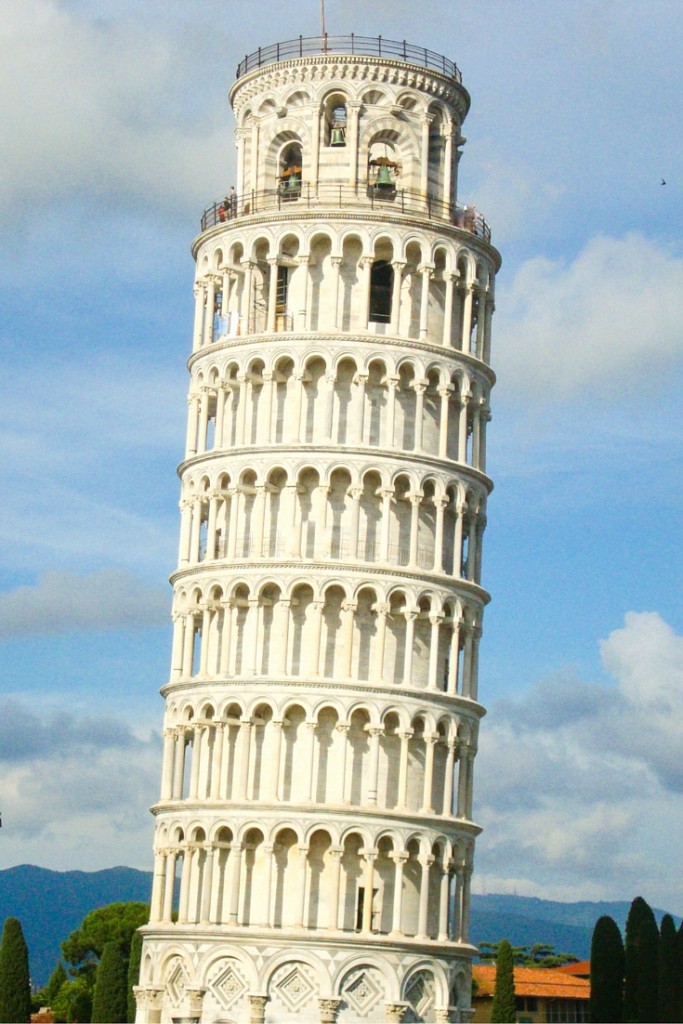