Best places to visit in Delhi for photography 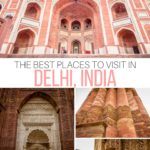 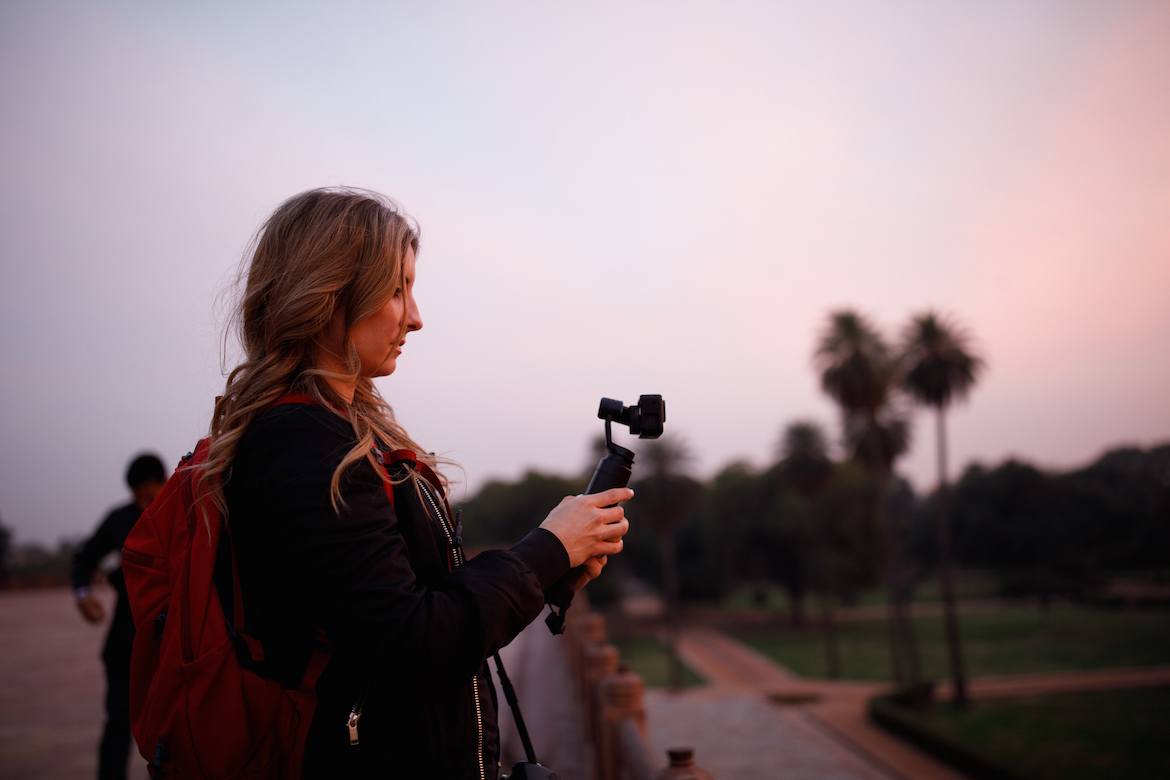 India’s capital Delhi (also known as New Delhi, depending on exactly where in the city you are) is a feast for the senses.

Home to more than 18 million people, it can at times seem overwhelming when you find yourself stuck in one of its infamous traffic jams, being woken up by loud drumming from a lively wedding procession, or bartering in the chaotic, colourful Janpath Market. However, there are plenty of peaceful spots around town to seek respite, which also happen to be easy on the eyes.

Here are some of the best places to visit in Delhi for sightseeing and photography. 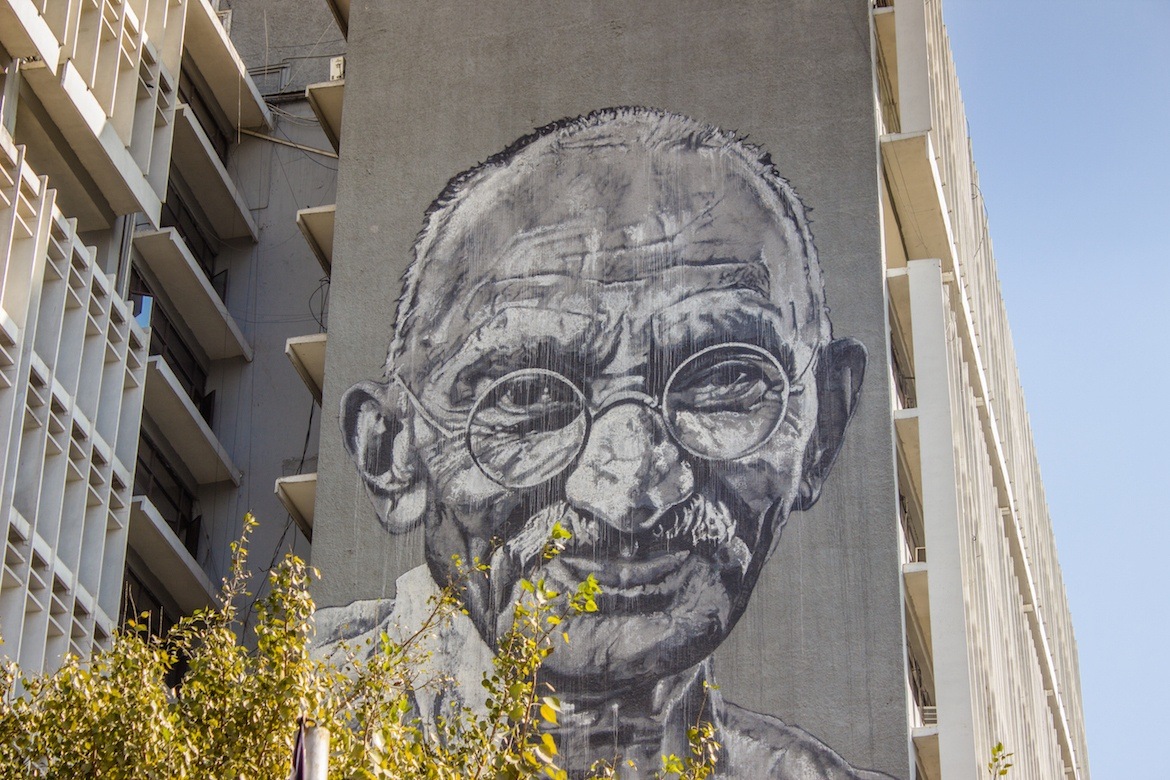 Though striking on its own, Humayan’s Tomb is perhaps best known as the pre-cursor to the famous Taj Mahal. The tomb was commissioned by Bega Begam as a tribute to her husband, and it’s thought that elements of Humayan’s Tomb were used and refined in the design of the Taj Mahal nearly a century later. 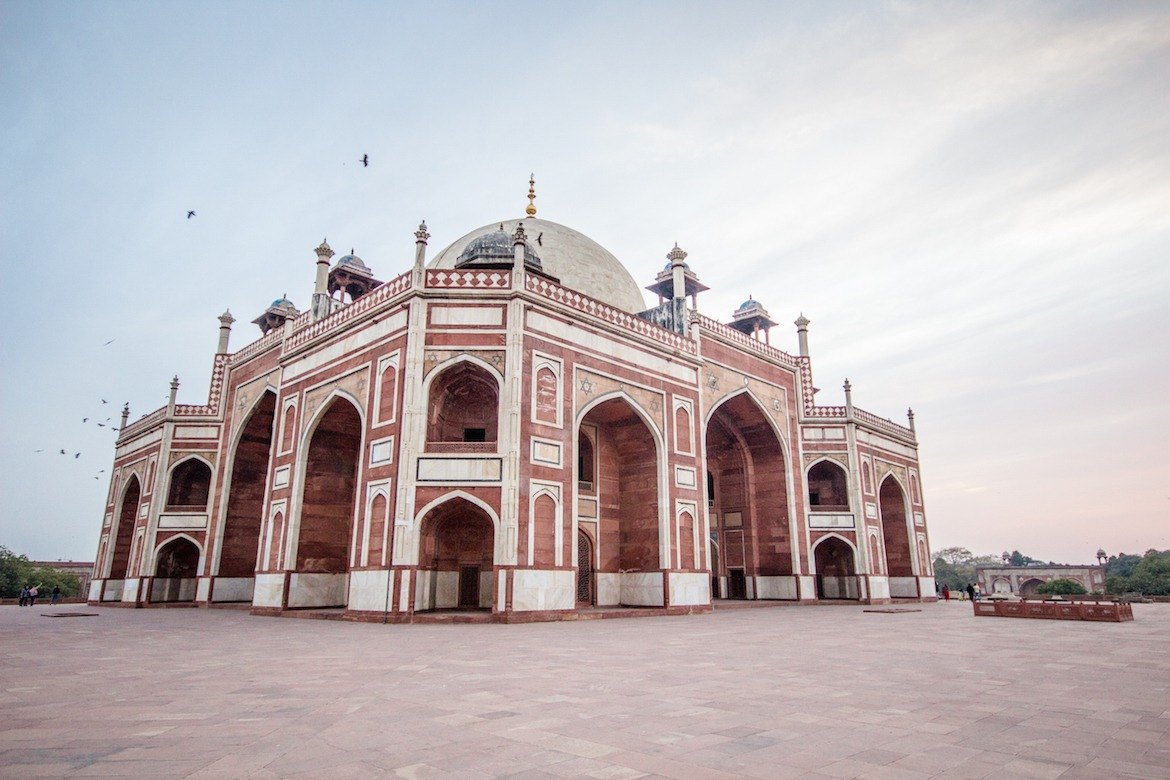 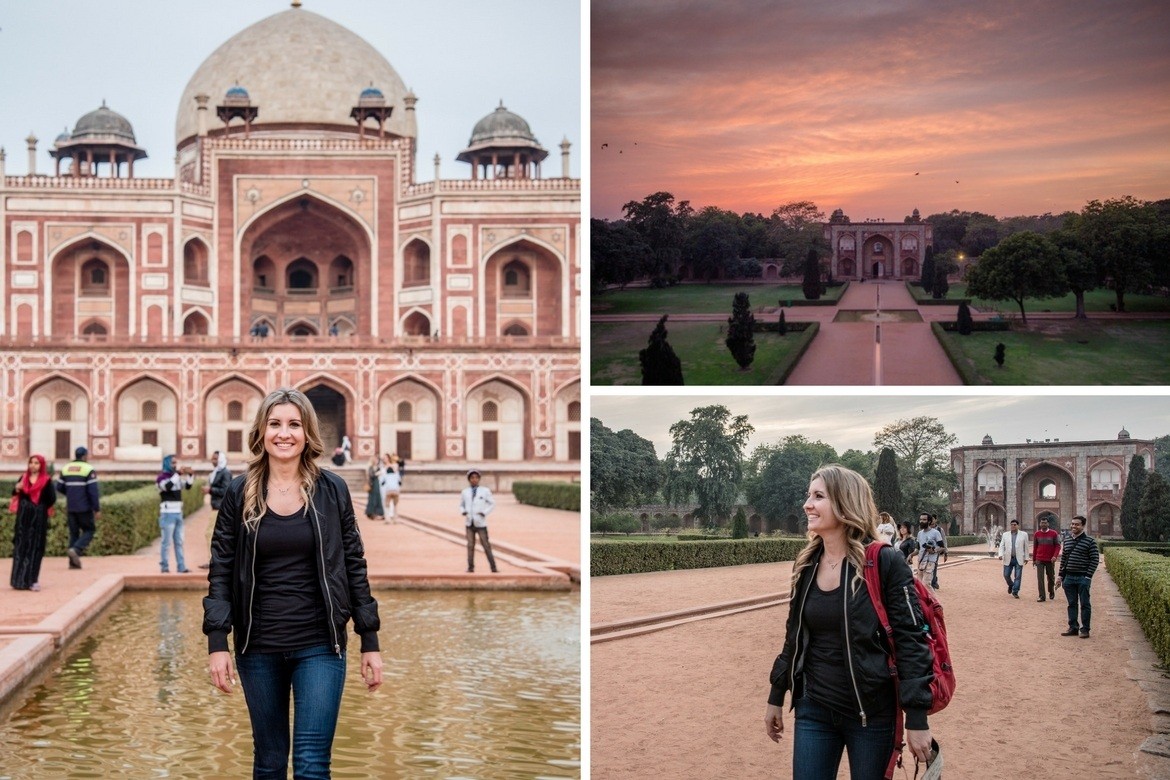 As one of the most historical places in Delhi, standout spots for photography include the pink-hued tomb, which overlooks the entire complex and is an epic spot to enjoy the sunset, as well as the pathway leading up to it which is lined with fountains. Be sure to head inside the tomb, where the detailed marble lattice screens make for a striking backdrop. 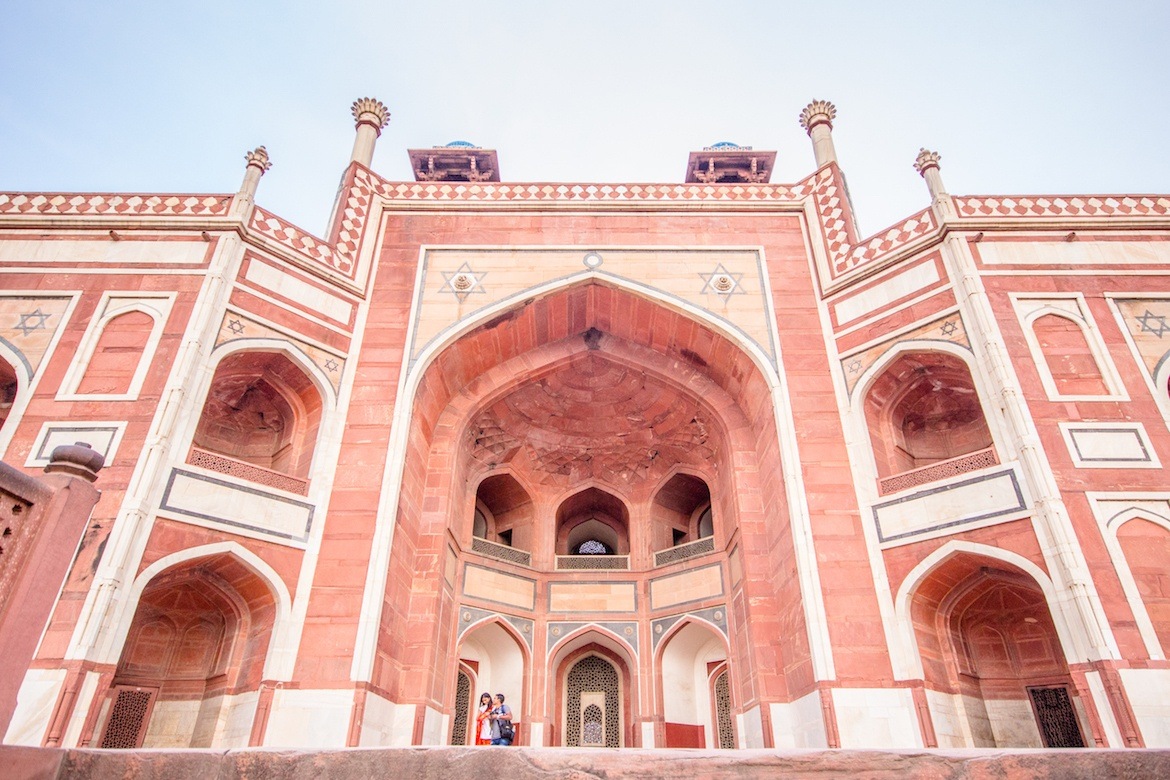 Qutub Minar is one of Delhi’s UNESCO World Heritage Sites, dating back to the 12th century. The 73-metre high tower was built as a sign of victory, to signify the defeat of Delhi’s last Hindu kingdom. The five-storey wonder is fashioned out of marble and red sandstone, with intricate carvings all along the facade. 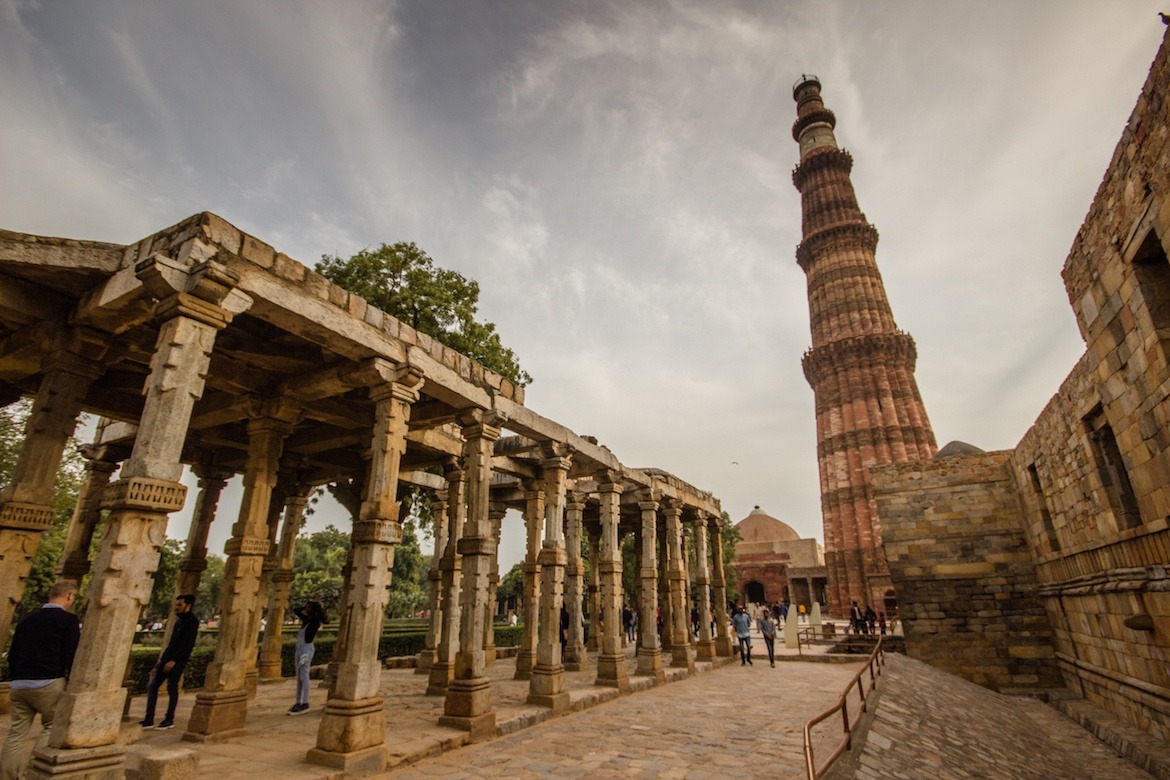 While the tower itself is impressive, the real highlights are the ruins around the site: think crumbling archways, detailed doors and plenty of unique vantage points, making it one of the most famous places in Delhi. 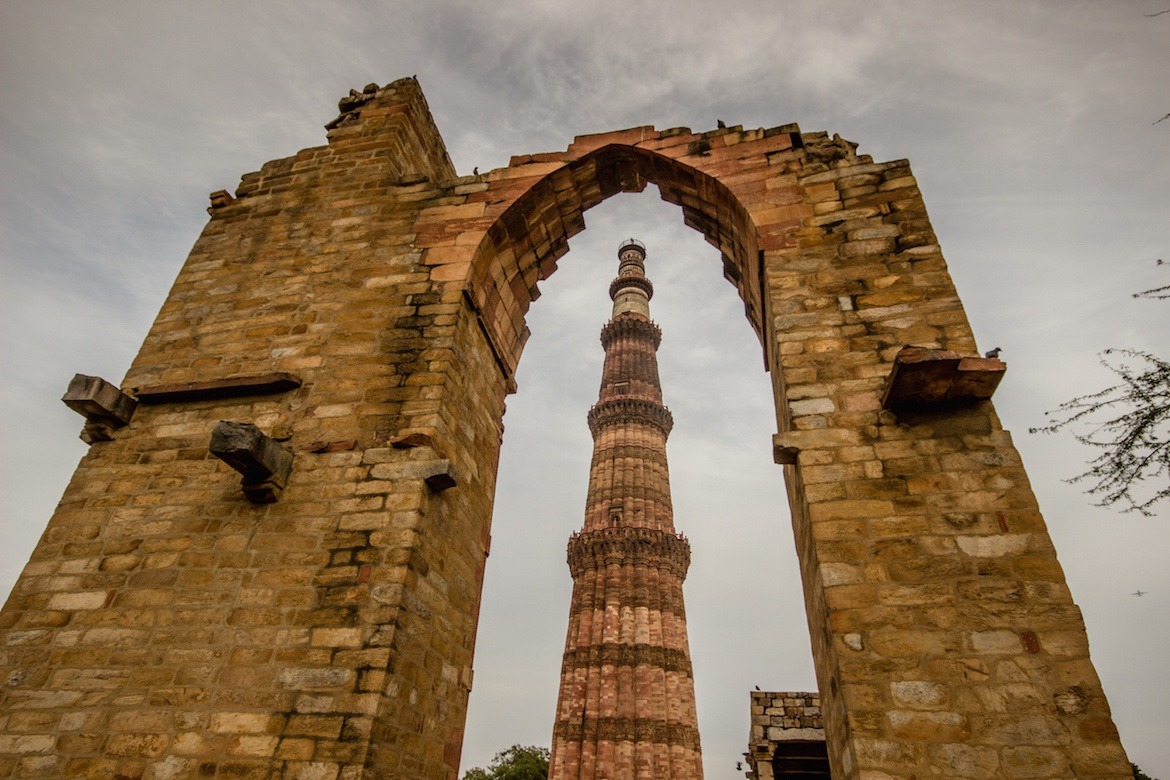 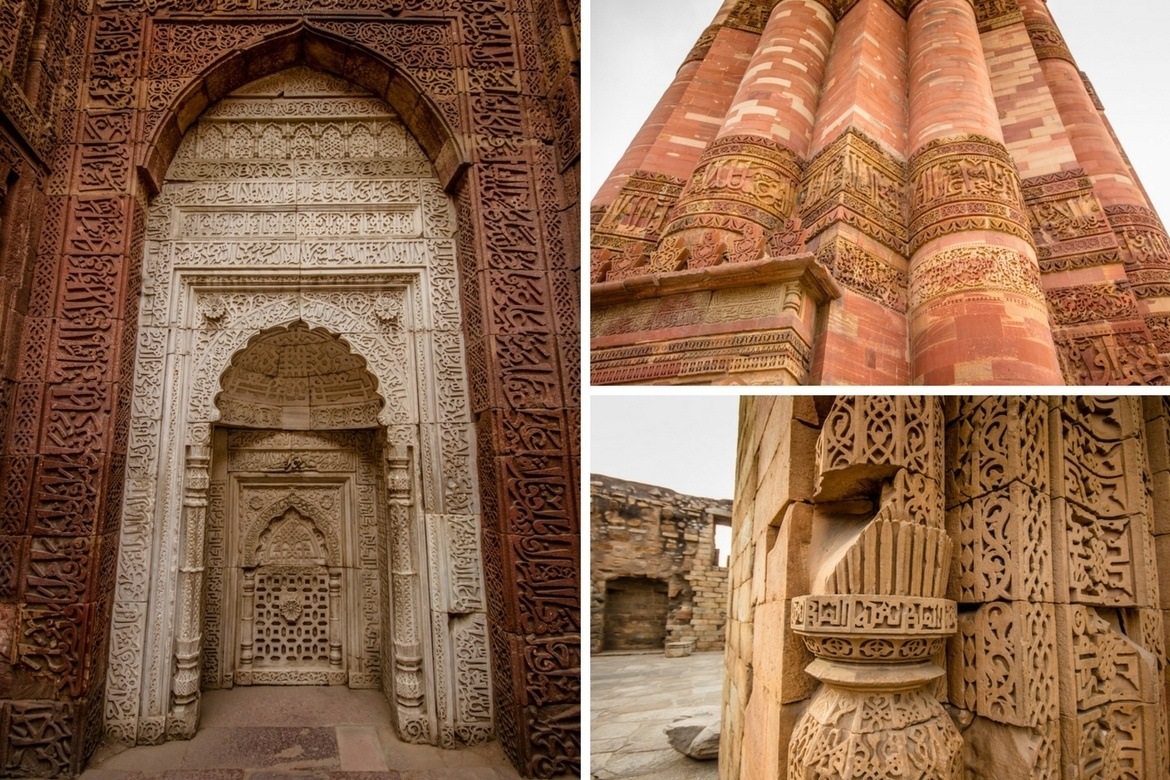 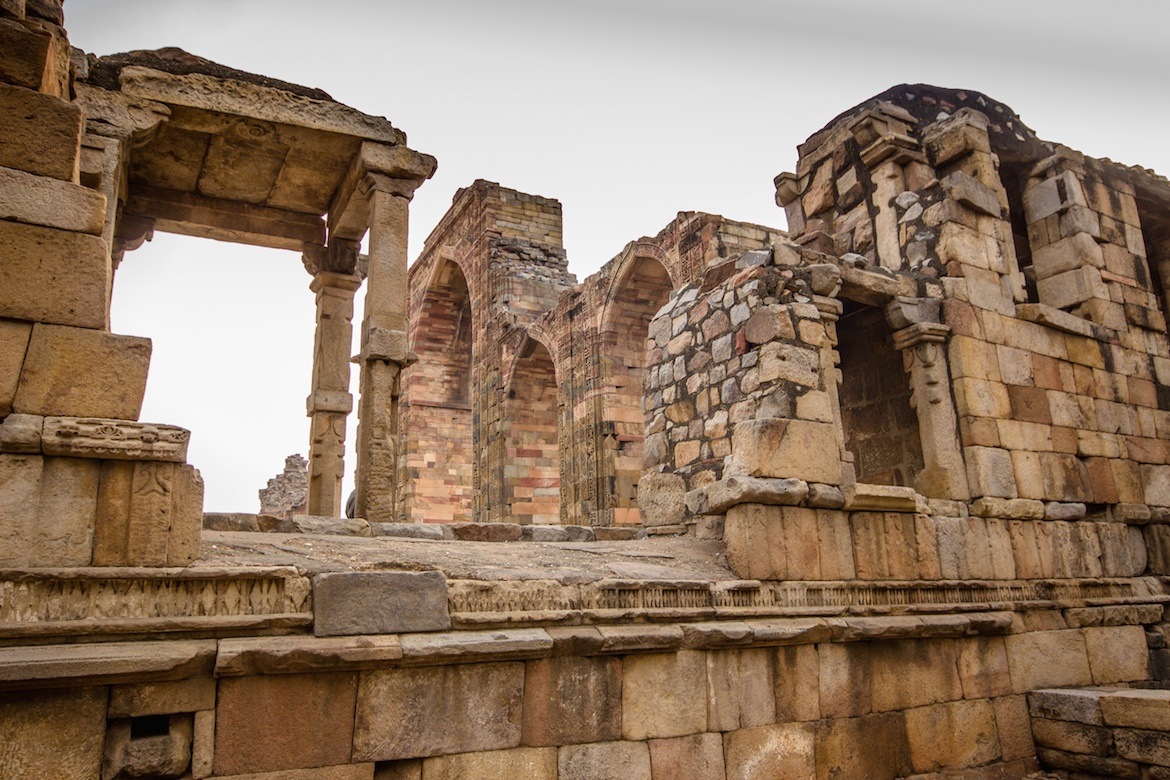 Found on the Kalkaji Hill, this geometric architectural marvel is one of the newest Delhi attractions, commonly called the “Lotus Temple” due to its flower-like design. Made from pure white marble, it’s meant to signify the purity and simplicity of the Bahá’í faith.

For those interested in touring the interior, it’s worth noting the Bahai’s House of Worship is closed on Mondays, and admission is free.

Rashtrapati Bahavan is home to India’s president, and is every bit as magnificent as you’d expect—particularly inside. Spread out over 330 acres, the estate has more than 300 rooms and 190 acres of meticulously-kept gardens, and best of all the public is allowed to tour through it. Click here for details.

Travel tip: Bring your passport, as there are extensive security measures in place 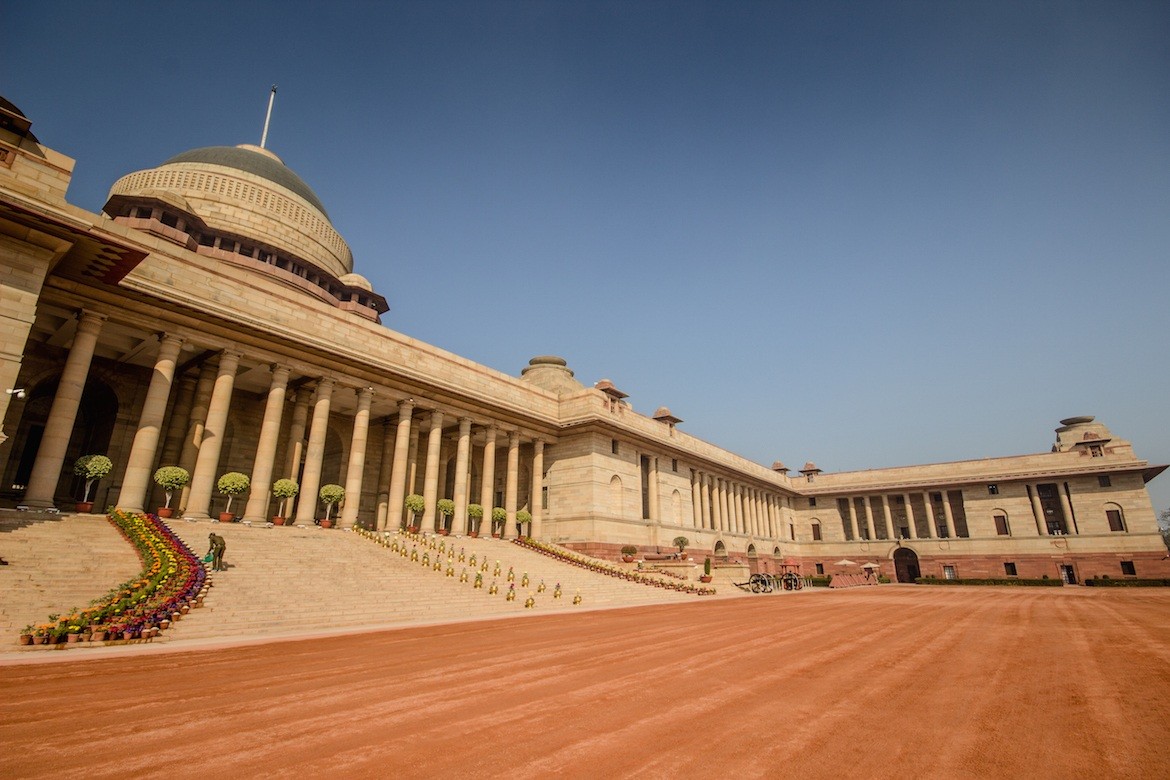 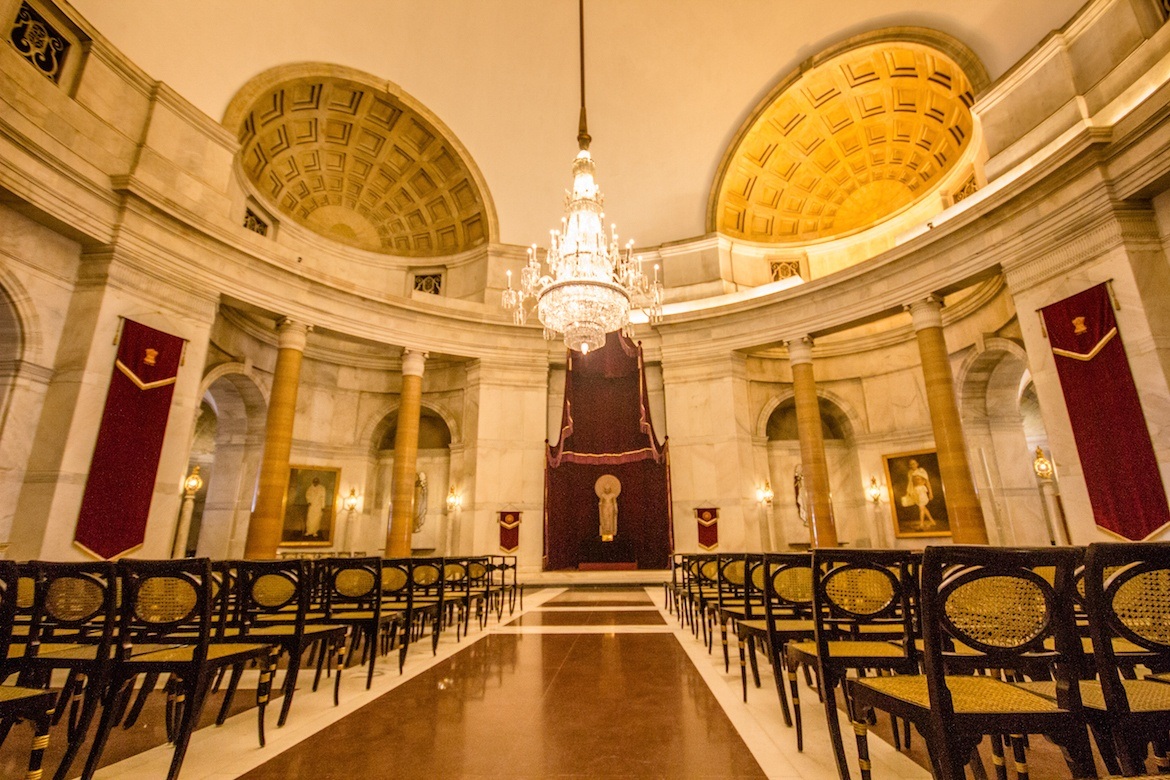 Highlights of the interior include the grand foyer accented with the Lord Buddha statue, the massive banquet hall used for state dinners, regal Durbar Hall, and the exquisite Ashok Hall which drips with ornate chandeliers. 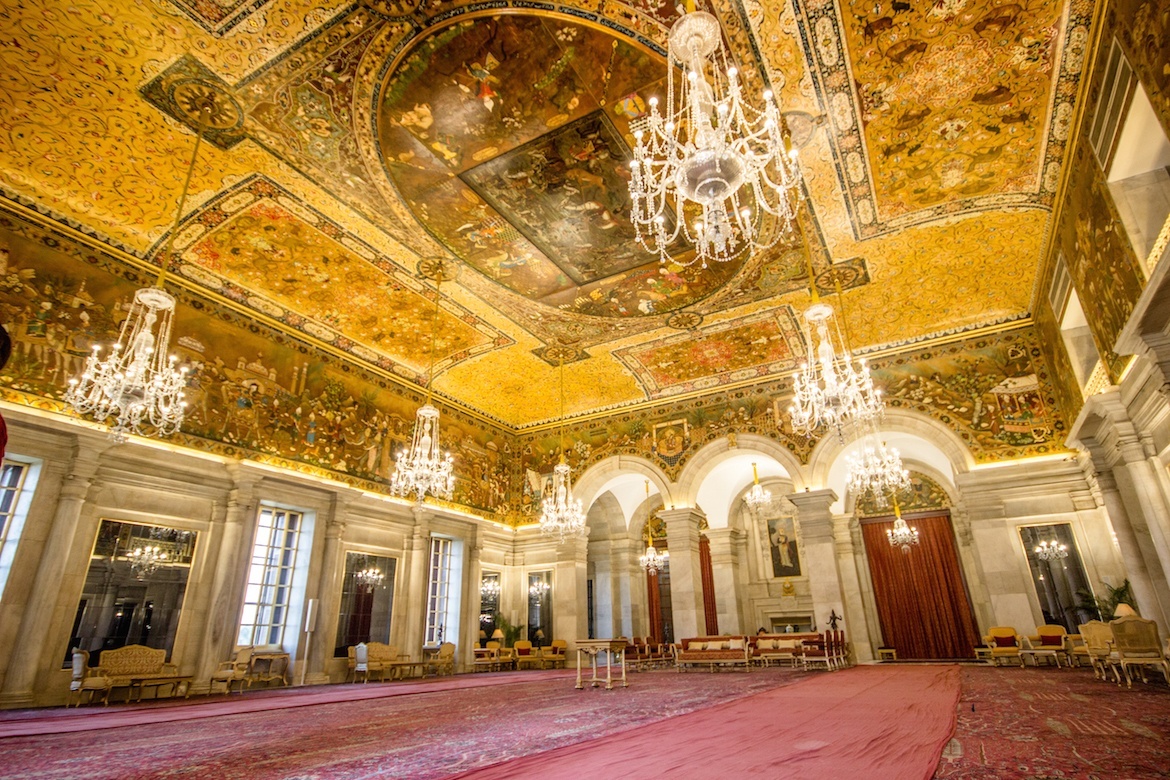 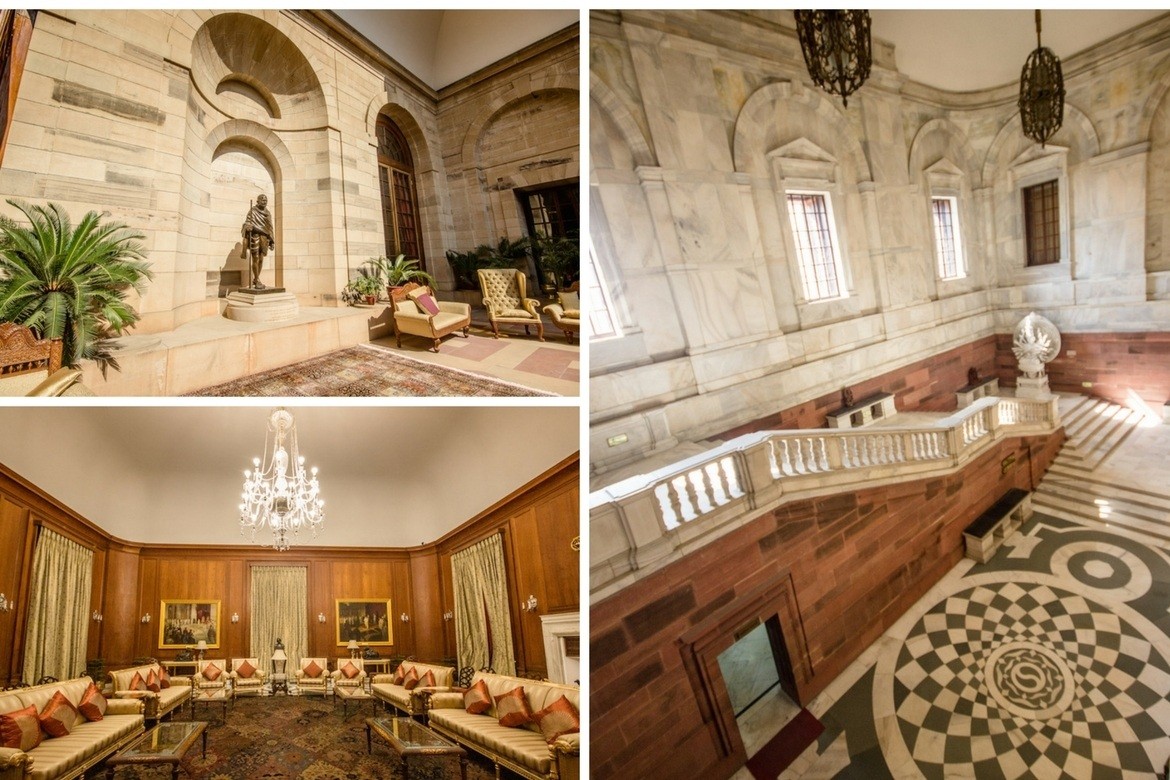 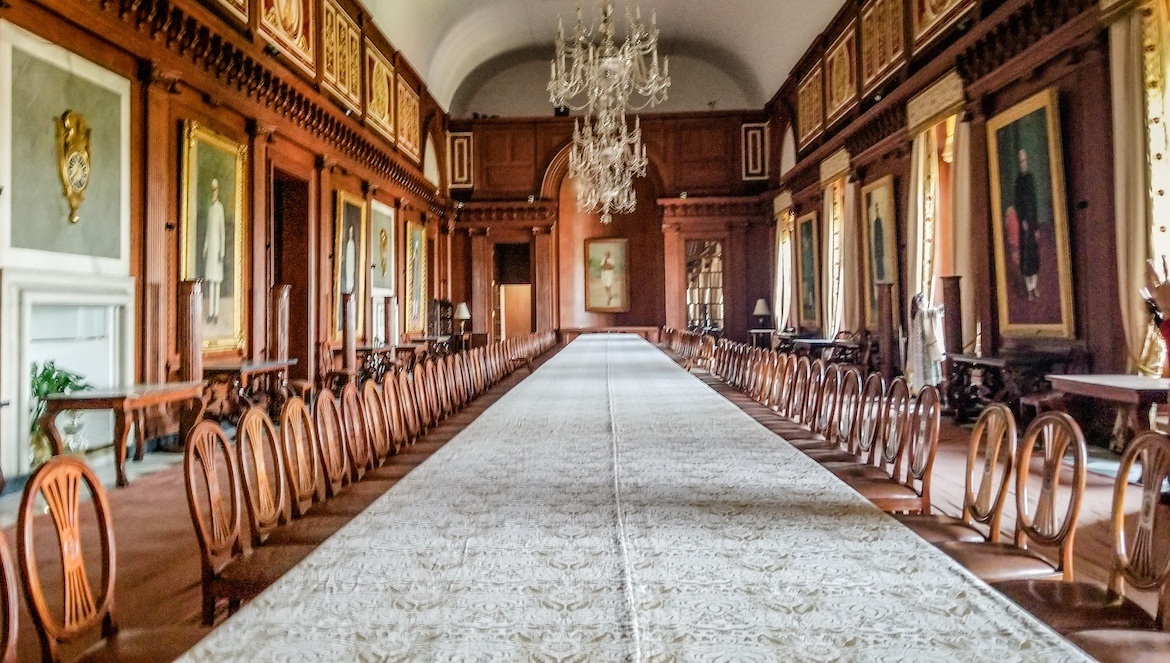 If you happen to visit Delhi during the months of August through March, you’ll definitely want to head out to the Mughal Gardens for gorgeous photo-ops. The sprawling gardens have overflowing beds of daffodils, tulips, roses, lilies and other seasonal flowers, framed by manicured topiaries and fountains. 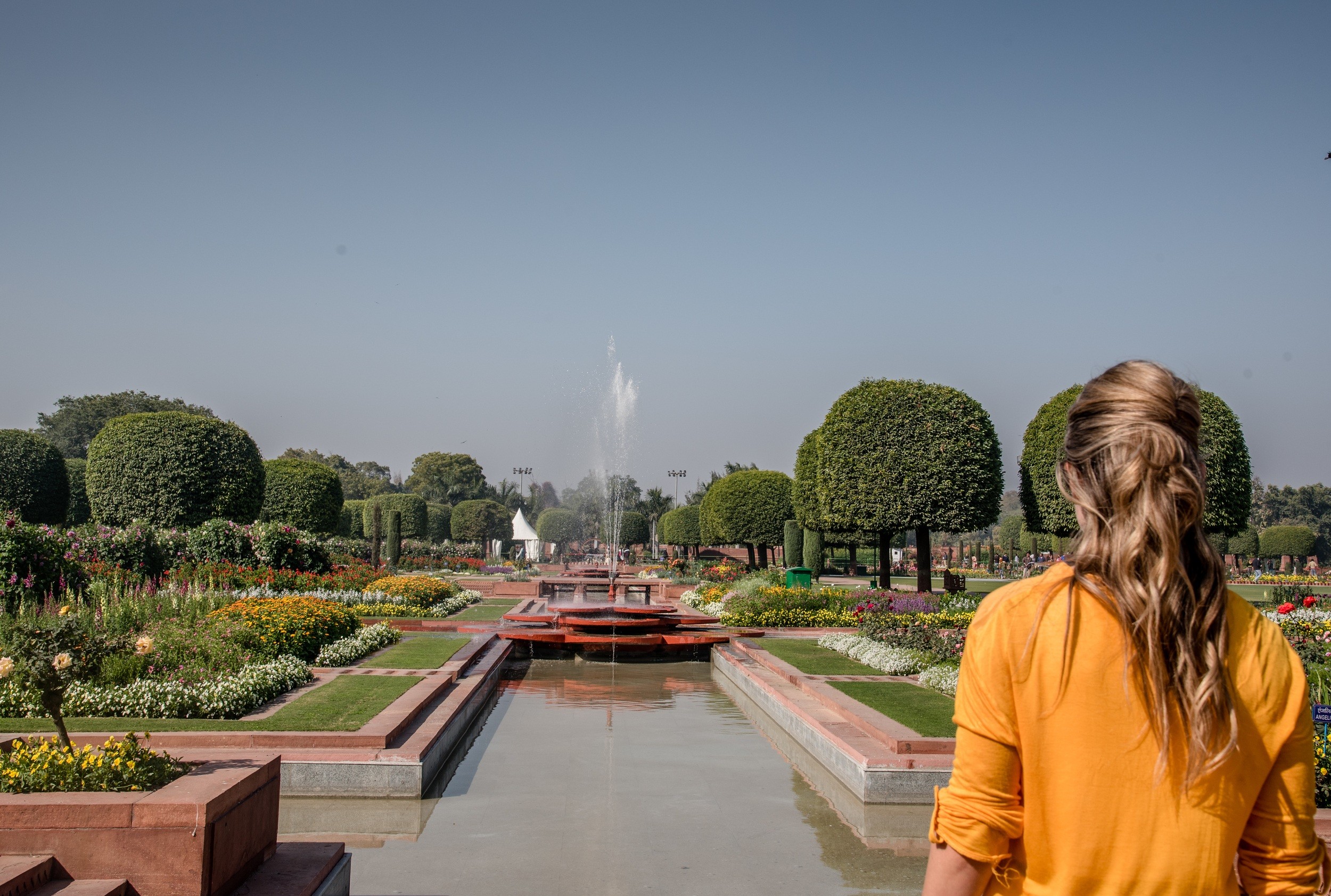 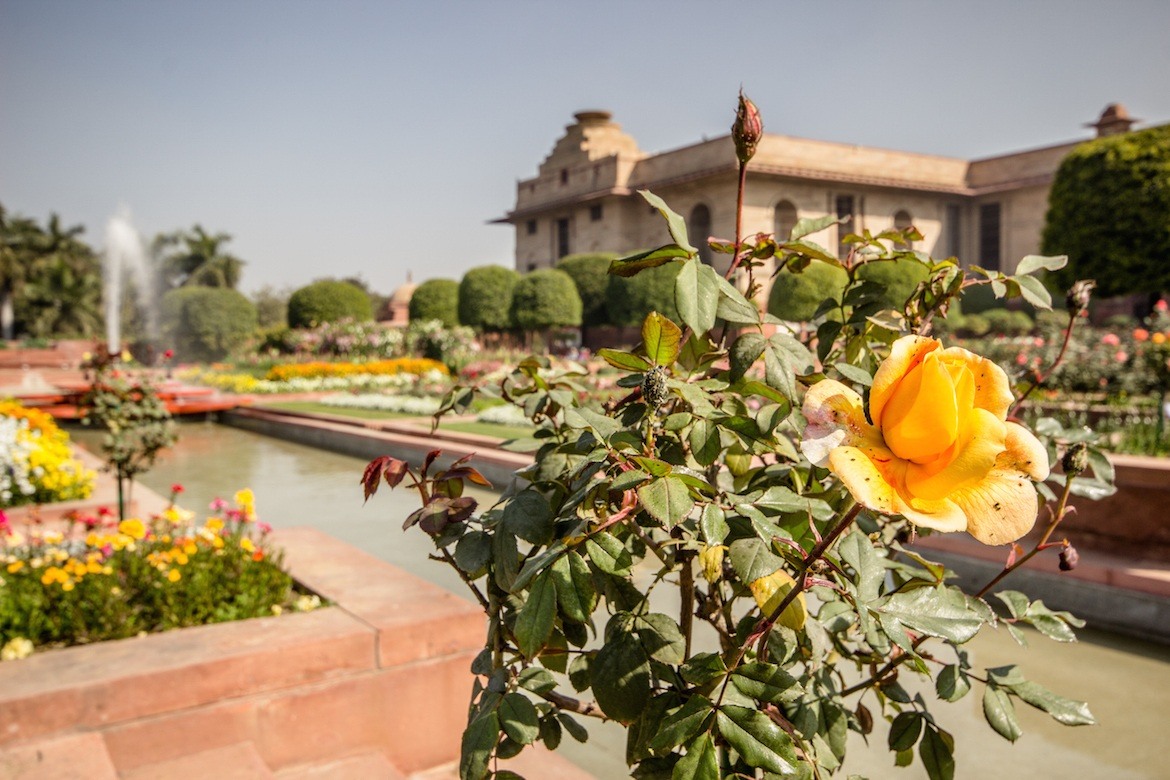 This towering war memorial archway pays tribute to the 70-thousand Indian soldiers who died in World War I fighting for the British army, and is a standard stop on every Delhi sightseeing tour. Originally called the All India War Memorial, it soars 40 metres high and is particularly striking at sunset when the light casts a soft glow over it. 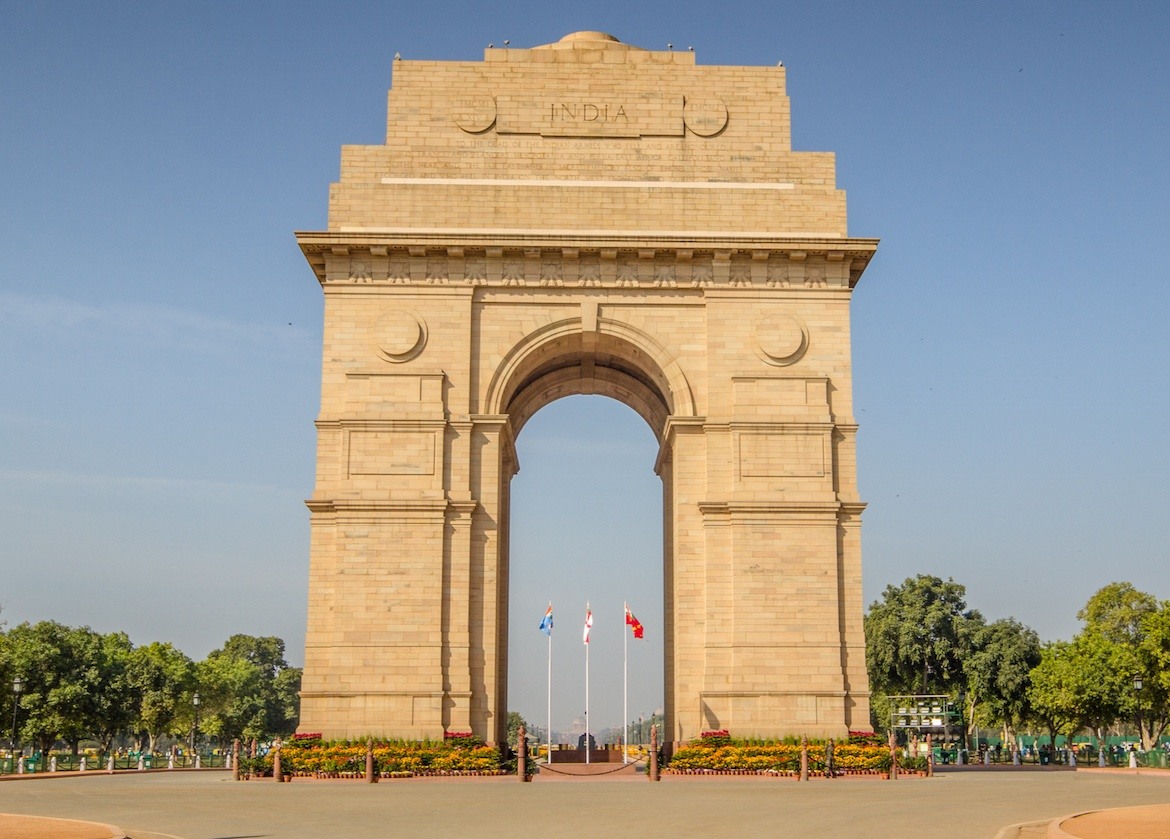 Looking for a place to stay in Delhi? Check out these top hotels in New Delhi.

When it comes to places to visit in Delhi, don’t skip this hidden gem which combines a couple of photographer favourites: great architecture and street art.

Agrasen Ki Baoli is a historically-protected, three-storey step well with plenty of archways and a long staircase perfect for fashion shoots. It’s a favoured hangout spot, and has even been featured in a few Bollywood films.

The laneway that leads up to it is also worth exploring, as it has some vibrant street art and cute wall cutouts. 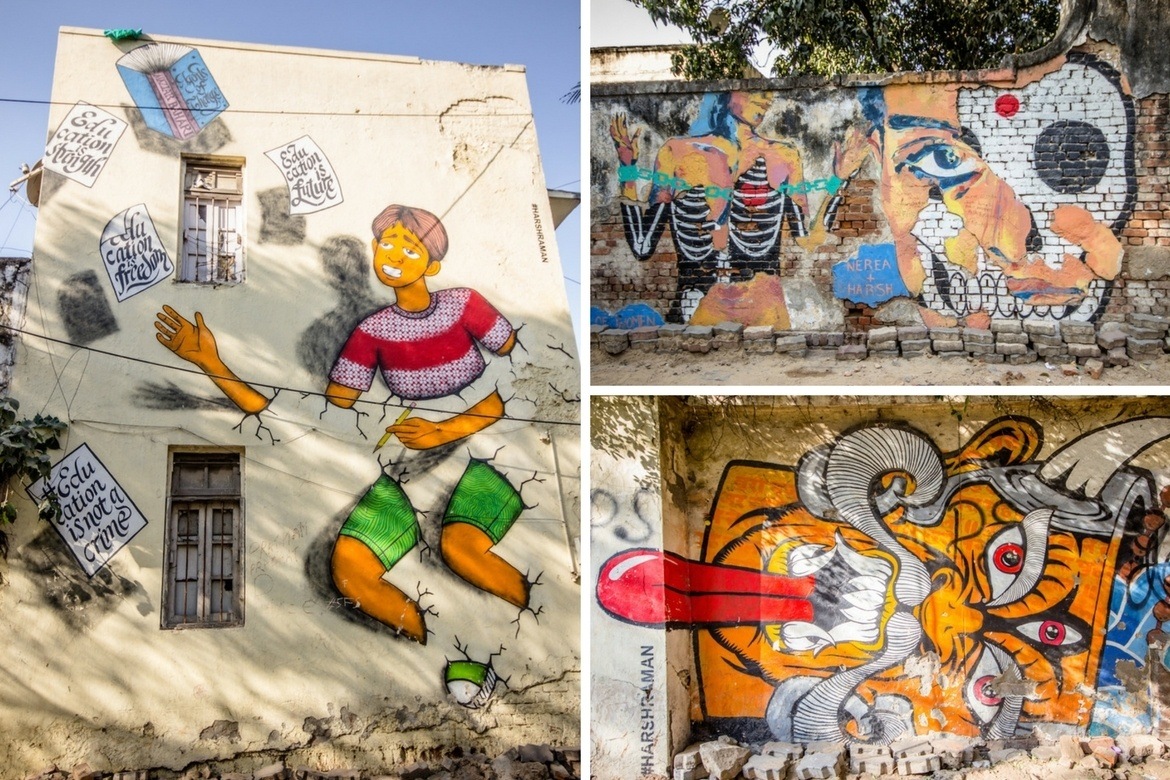 Looking for even more of the best places to visit in Delhi for photography? Try: 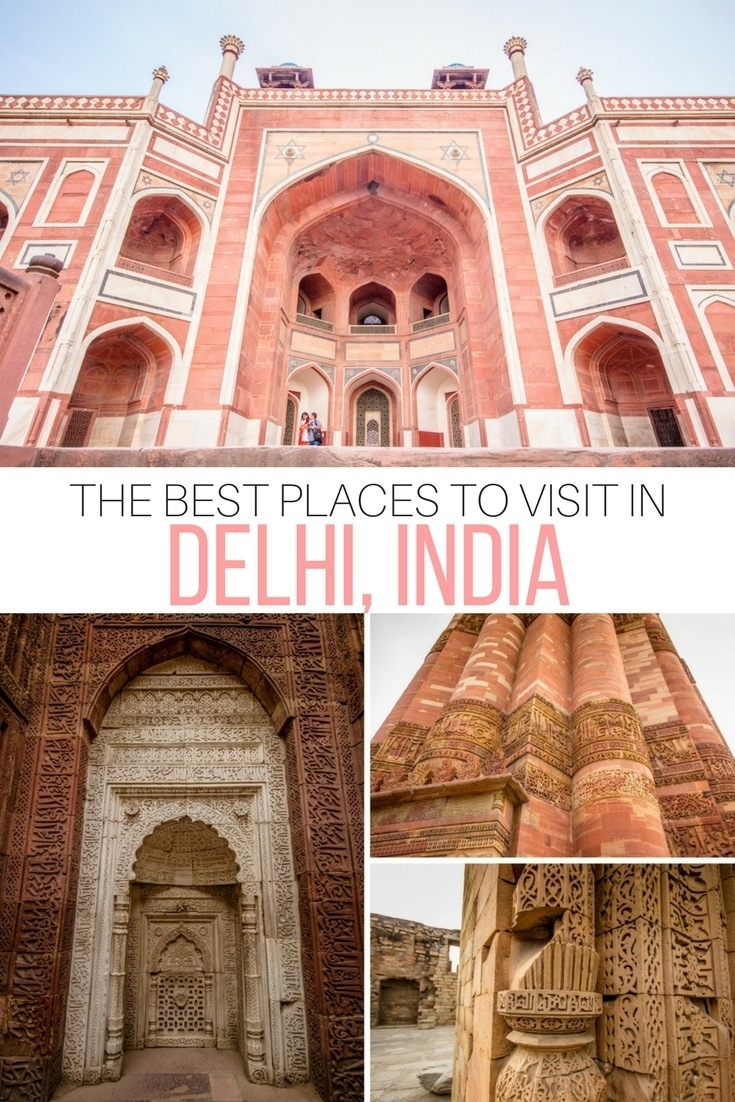 The magic of those peaceful mornings by the water.

Sunrise at Crater Lake is magical 💫

It’s CRAZY to me that it seemed like every time