During a summer trip to eastern Canada, my now-husband and I spent a few days walking around hot, humid Toronto before heading to Ottawa. Similar conditions awaited us there as we walked around Parliament Hill, then over to the Canadian Mint and crossed the river into Gatineau, Quebec. That’s when we got the idea: let’s buy roller blades to get around faster! I eventually nixed the idea since despite being great at rollerblading, I have the small problem of not being able to stop. So imagine how pleasantly surprised we were when we made our way to Montreal and discovered the BIXI bike system. 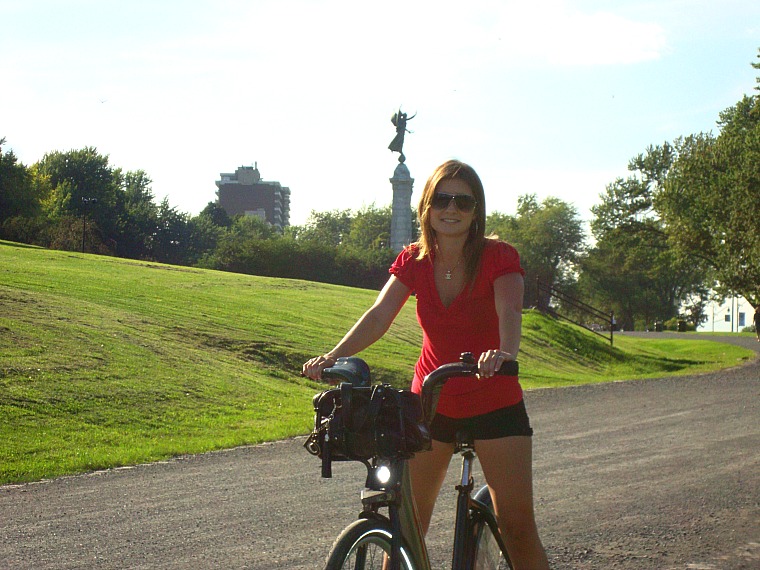 Enjoying the BIXI bike in Montreal.

Here’s how it works: Those 18 years and older buy a 24-hour, 72-hour or yearly pass, then can take out a bike as many times as they want during that period. There are hundreds of docking stations set up all around the city, and all you have to do is make sure to dock your bike before the 30 minute mark to avoid incurring extra charges. You can of course grab another bike from the same station and keep going on your merry way, if you’re still not done with it. Prices start at $5 per day or $12 for three days.

We spent the next couple of days zipping around Montreal getting a good workout biking up to Mount Royal Park, leisurely cycling through Old Montreal, and parking our bikes when we wanted to pop inside the shops.

The city is set up well for this system, offering a plethora of bike lanes that won’t have you battling vehicles for space. 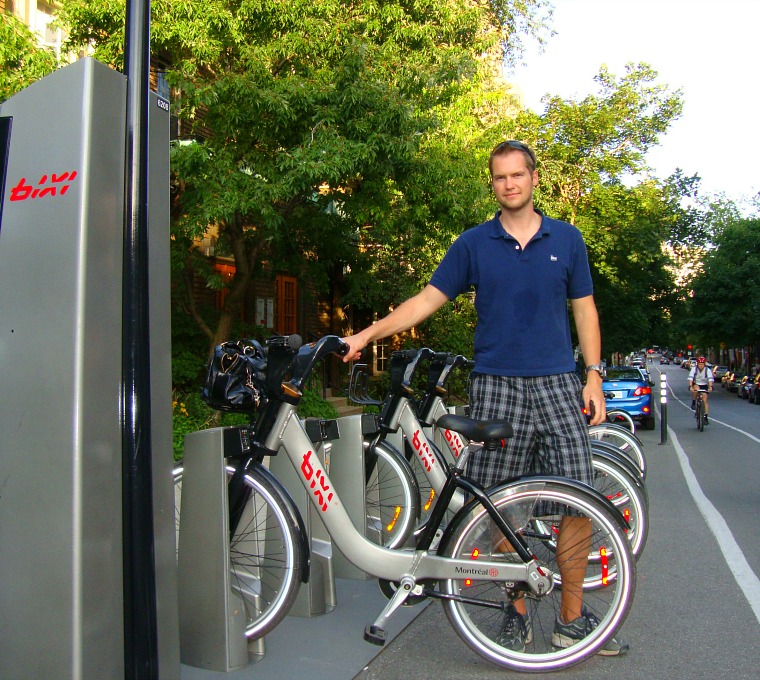 While it may be a different story during the cold Canadian winters when there are four feet of snow on the ground, BIXI is a godsend during warmer seasons.

Since our trip, the BIXI system has expanded to other cities including the aforementioned Toronto and Ottawa/Gatineau. It was even brought to London during the 2010 Summer Olympics, and similar programs are now available in cities like Paris, which offers one called Velib.

How do you prefer to get around a new city? Walking, public transportation, cycling or by taxi? Comment below or tweet me.