Why Espanola island is the jewel of the Galapagos Islands 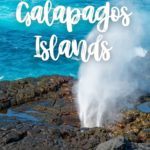 It’s easy to see why Espanola island is called the ‘Jewel of the Galapagos.’ 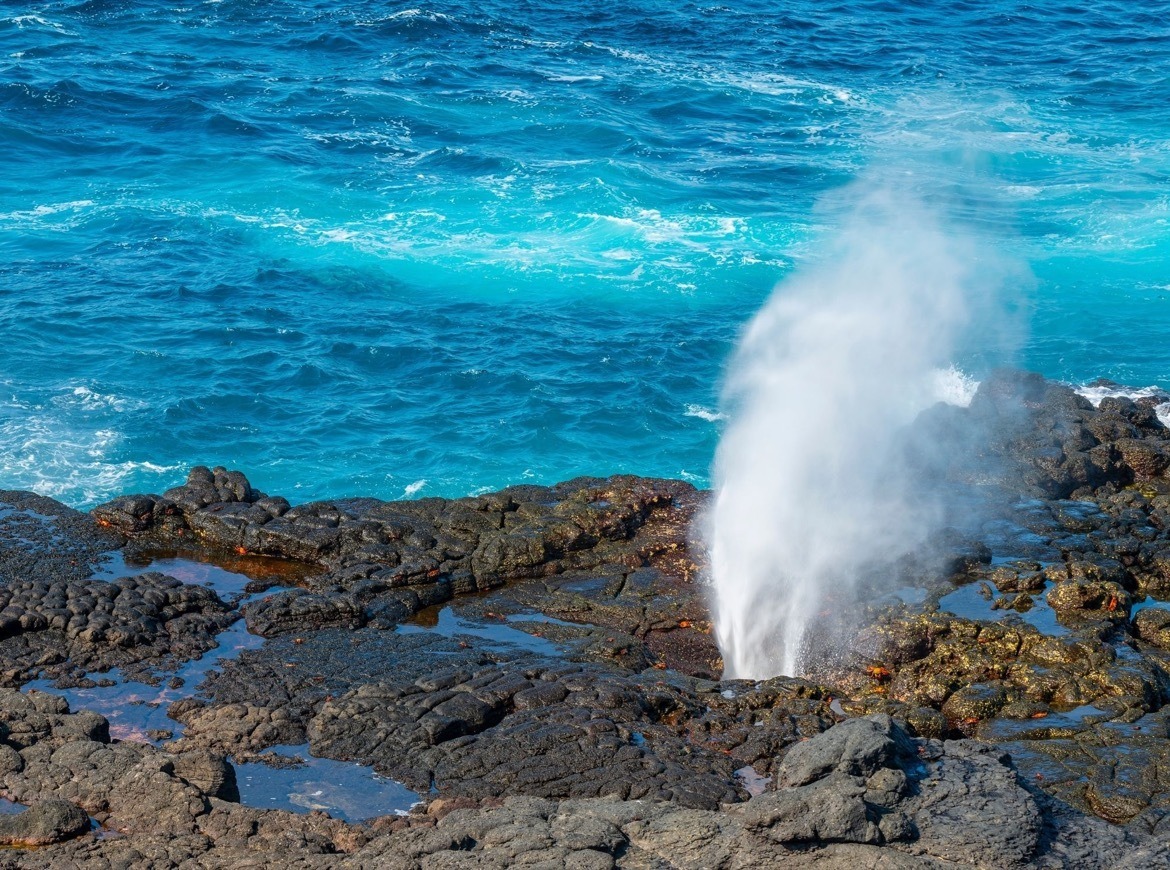 As our Galapagos Islands cruise group docked at the visitor site Punta Suarez, we were greeted by colonies of sea lions lazing around on the golden beach. Just steps away were the aptly-named Christmas iguanas, which stood out against the black rocks thanks to their neon green and red colouring, and Sally Light-Foot crabs clung on as waves crashed into the shoreline.

Overhead, huge birds swooped by showing off their impressive wingspans, before perching themselves on the bright yellow lighthouse that marks the entrance to the island. 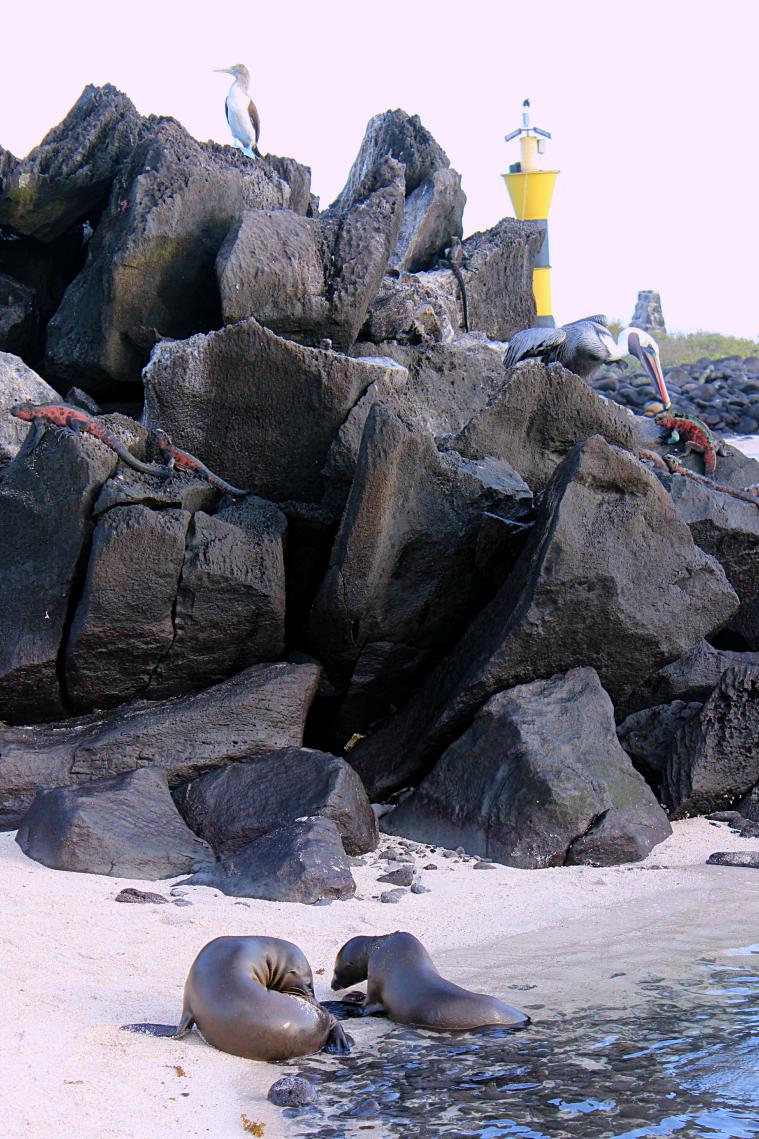 Espanola is home to the highest concentration of endemic species in the entire Galapagos, which was apparent as we made our way up the pathway to get deeper inland. At one point we came over the edge of a hill, and were delighted to suddenly see hundreds of boobies gathered the large boulders. 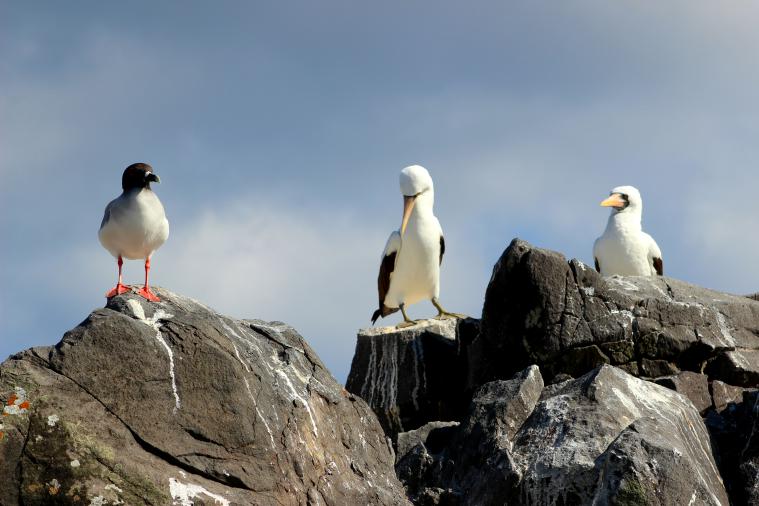 The beautiful Nazca boobies were nesting with their little ones which look like tiny white fur balls, while the energetic blue-footed boobies danced from side-to-side as part of their fascinating mating ritual. 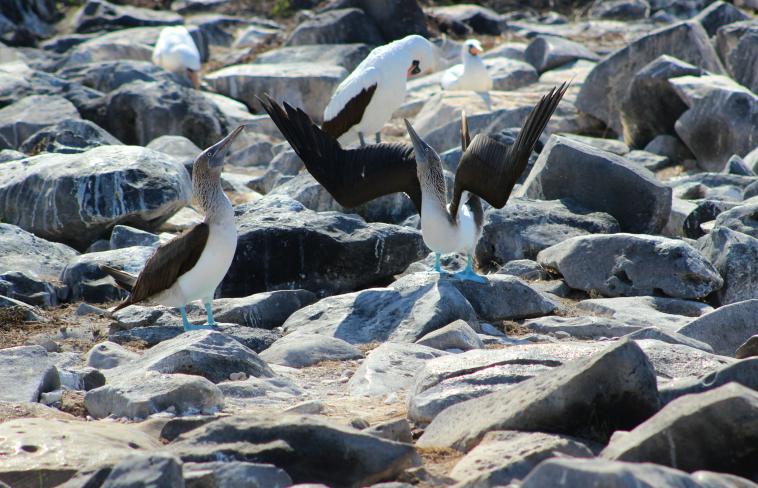 But perhaps the most incredible part of the island is just a little farther up the path, where we ended up at the edge of a steep cliff side. Below us were brilliant blue waves crashing into the rock face, and in the distance giant geysers burst up. The result was a gorgeous rainbow, which we all silently gazed at in awe. 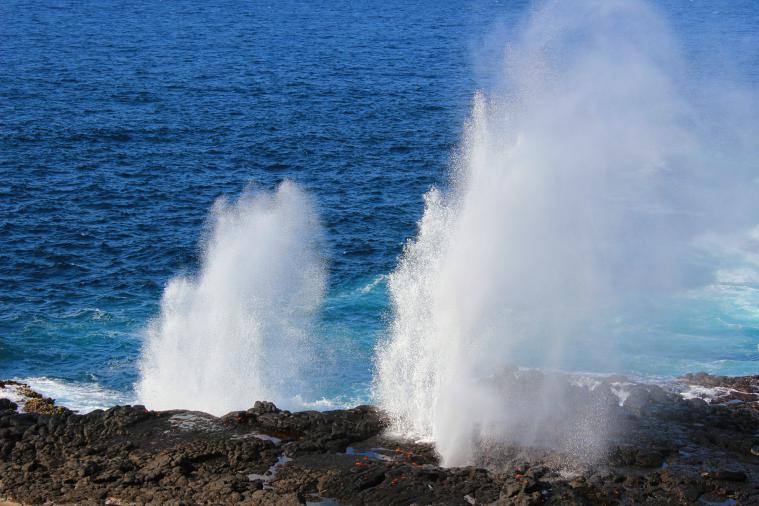 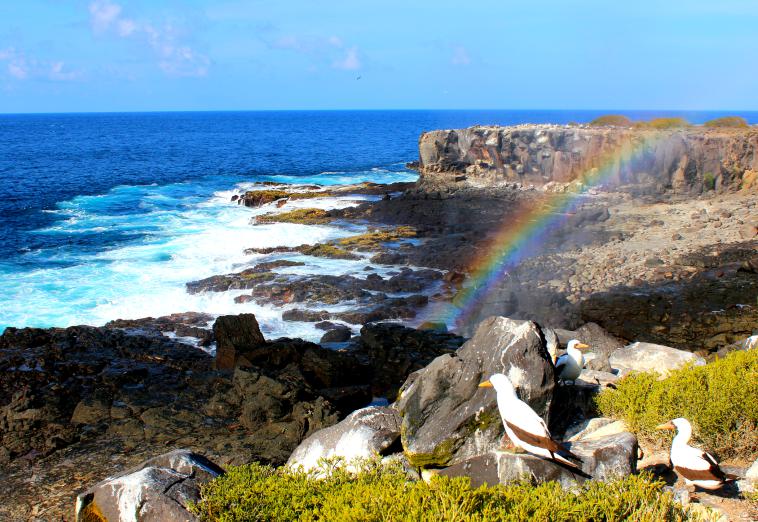 We finally managed to tear ourselves away from the spectacular sight of the rugged coastline, and soon found ourselves surrounded by vibrant foliage—another sign of just how diverse the islands are. Through some long grass we spotted a majestic Galapagos Hawk, who seemed undisturbed by us human visitors but kept his large brown eyes fixed on us. 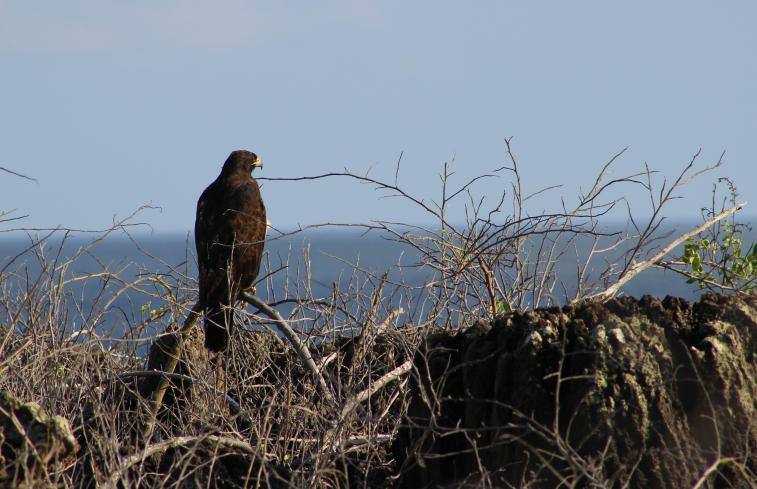 After a quick lunch back on the boat, we returned to Espanola to explore a different part of the island: Gardner Bay. The big joke in the Galapagos Islands is how excited tourists get the first time they see a sea lion up close—then by about day three they could care less about them simply because of how many there are!

Fortunately we arrived in Espanola on the third day of our Galapagos cruise, so we were still like giddy school children when we saw dozens of them sunbathing along the bright white shoreline. 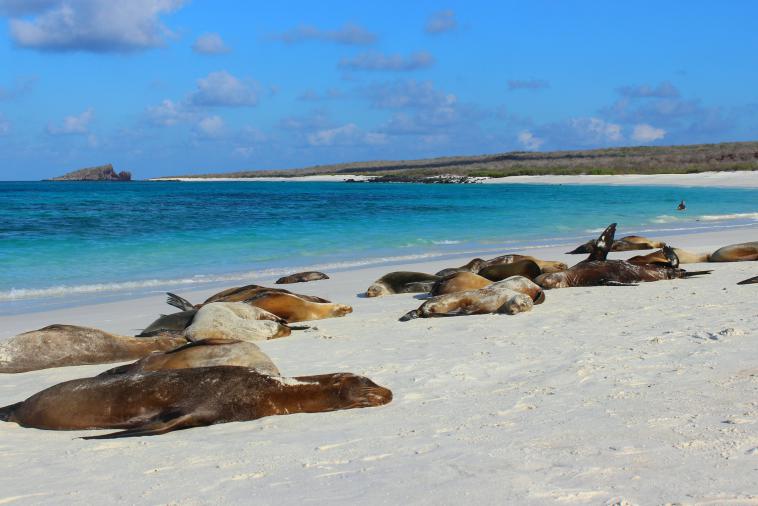 While visitors are warned not to get too close to the sea lions as they’re quite protective of their babies (and personal space), there were so many of them that it was nearly unavoidable. I planted myself in the sparkling white sand, and was soon surrounded by the creatures who lazily sunbathed themselves without a care in the world. 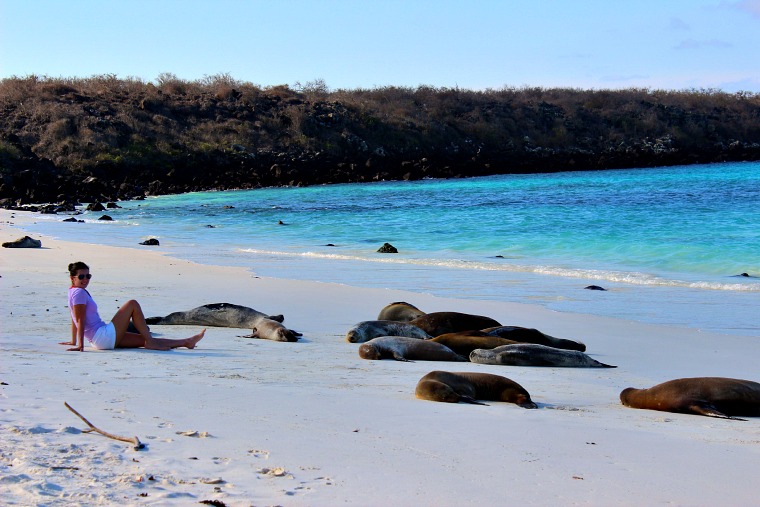 The tranquil sounds of the chirping birds and rolling waves were soon shattered by a high-pitched yelp. We turned our attention to the shoreline, and watched in amusement as a sea lion pup frantically traversed across the beach. We imagined his barks were something to the effect of ‘are you my mommy?’ as he went back and forth between the indifferent sea lions, searching for his own mum. The poor little guy never did seem to find her—perhaps she was enjoying happy hour on a different stretch of sand?

Our day on Espanola wrapped up with a quick dip in the clear water near Tortuga Rock. The shallow water in the islet made for perfect snorkelling conditions, and along with the bright tropical fish and odd turtle we even spotted a tiny penguin zipping around!

The exciting sighting was the perfect ending to a perfect day on Espanola, which will forever be my favourite island in the Galapagos. 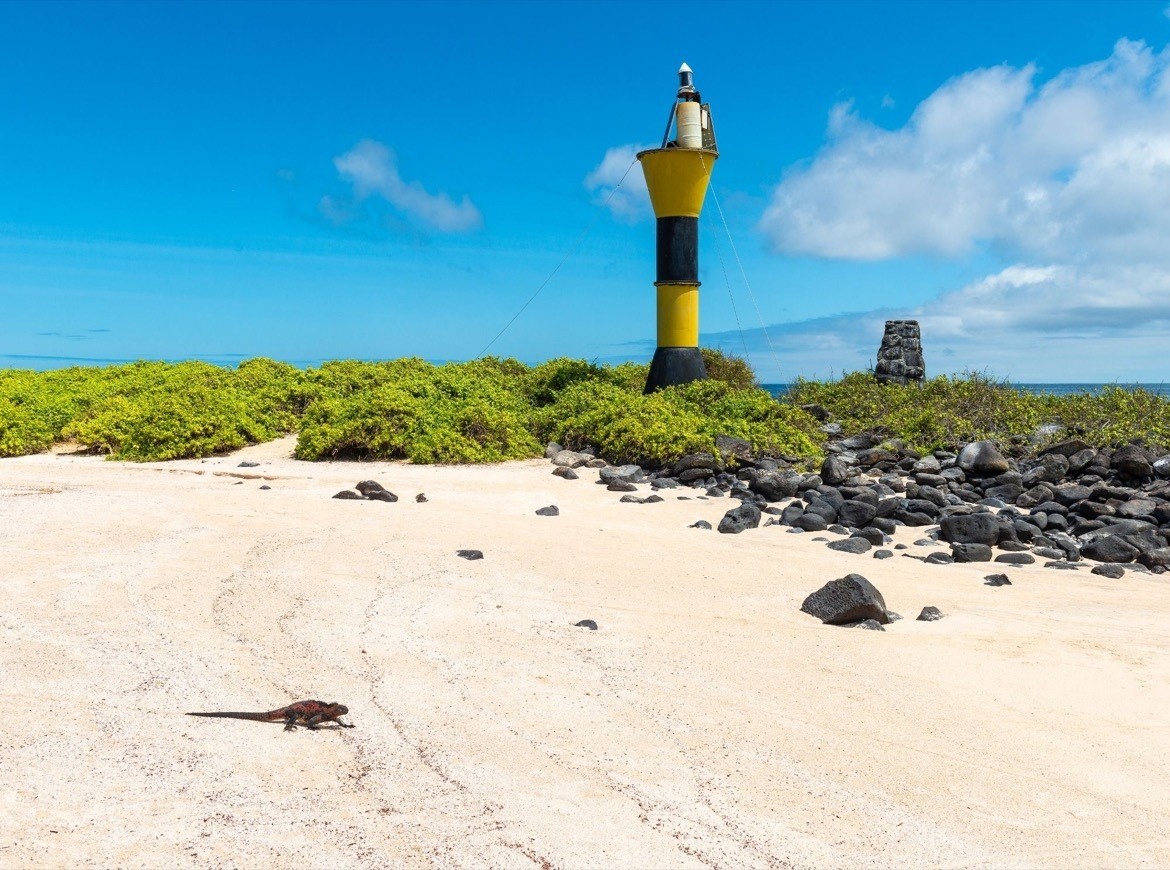 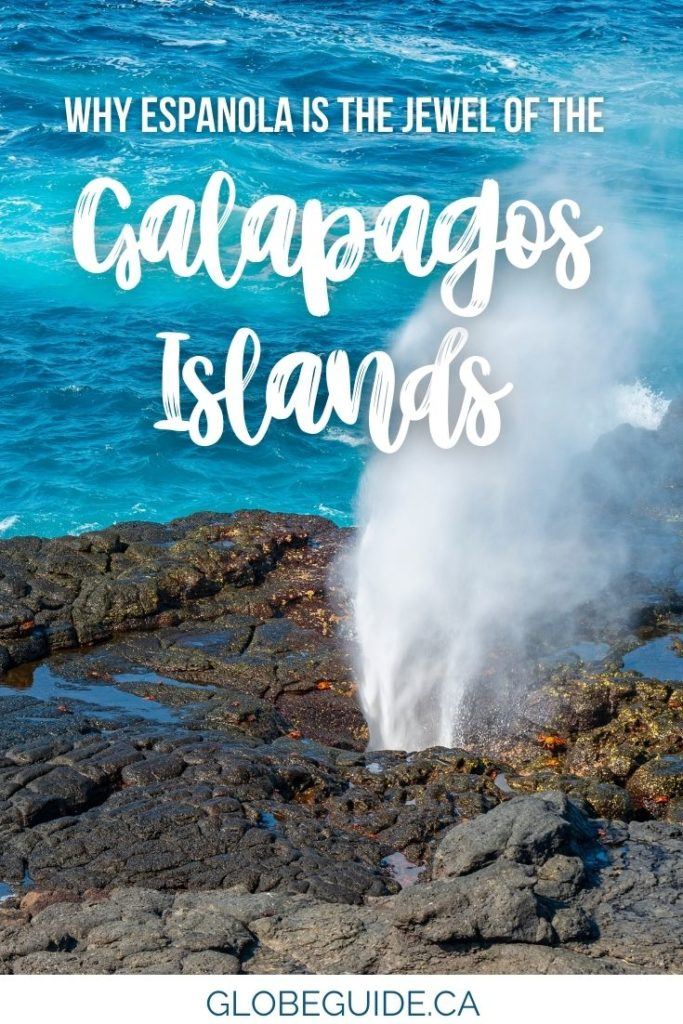 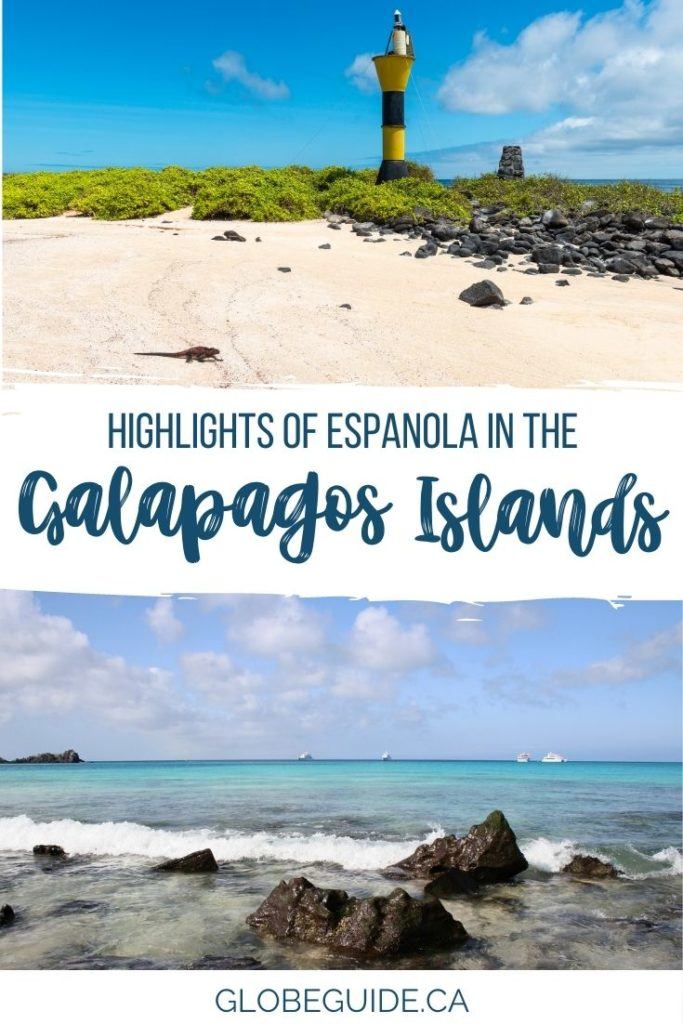 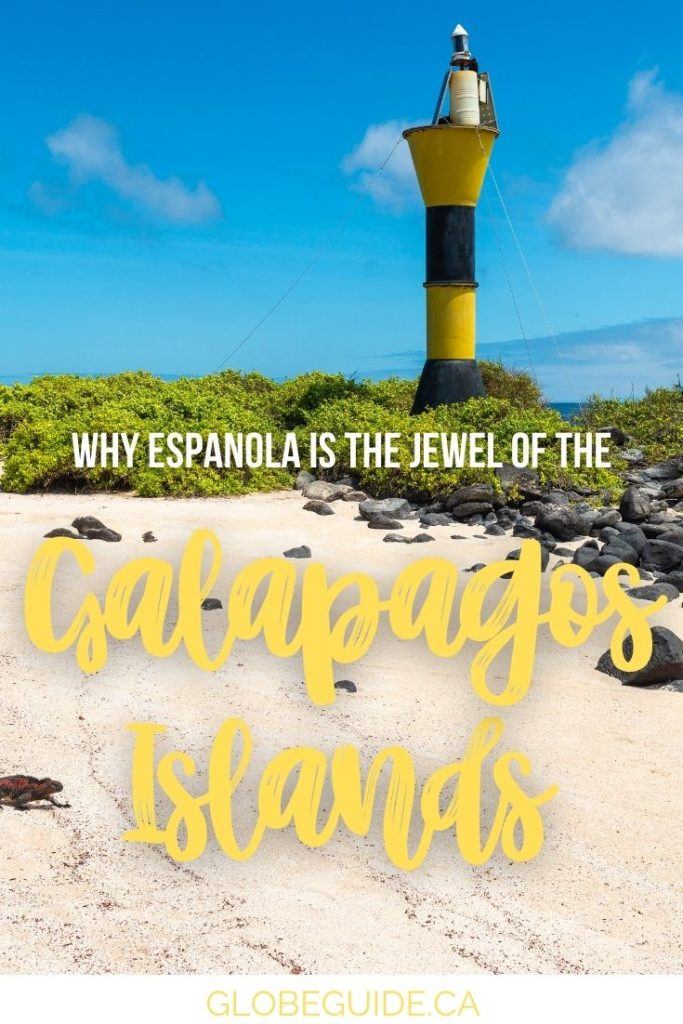