7 fun things to do in Utah in winter 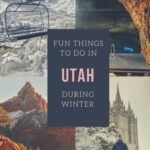 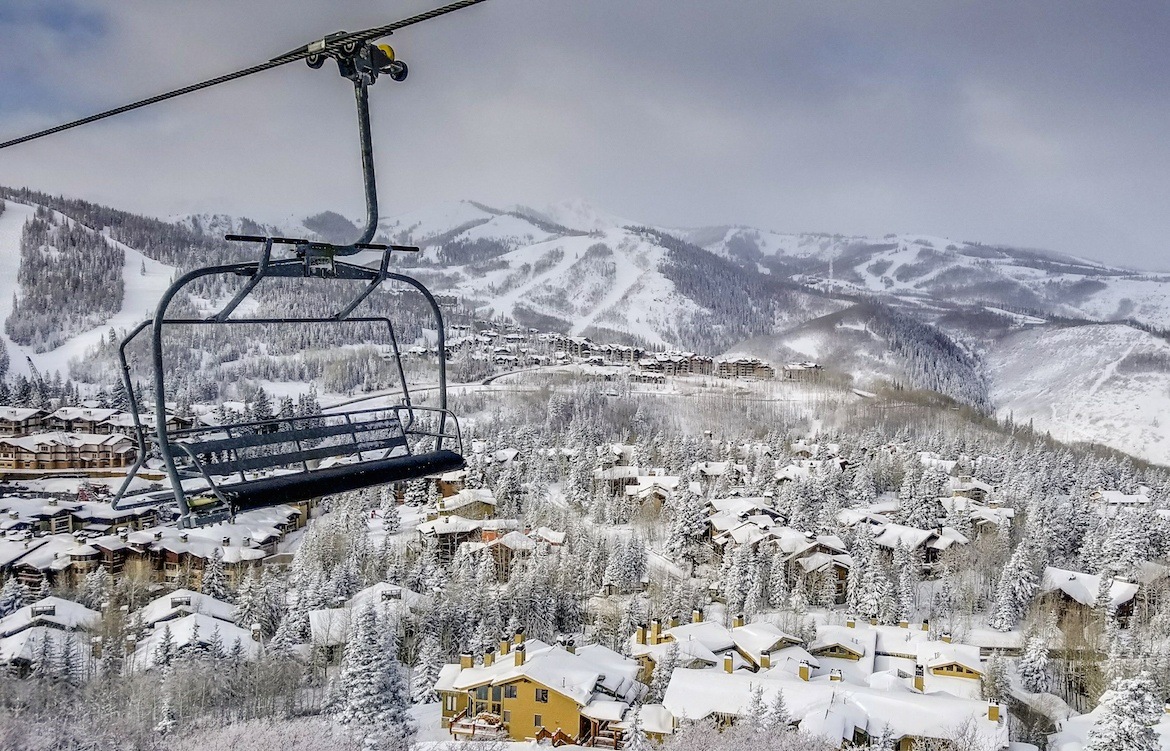 Celebrity spotting. Exploring frozen ice castles. Watching the world’s best basketball players in action, and zipping down the sparkling slopes at world-class ski resorts. Yup, Utah sure knows how to do winter right. The state may be best known for its photogenic red rock deserts and being a mecca for outdoor adventurers, but that doesn’t mean it slows down once the snow falls. Here are just some of the fun things to do in Utah during winter.

If you dream of brushing shoulders with A-listers but haven’t managed to talk your way onto a red carpet, then the Sundance Film Festival is for you. Held in Park City every January, the annual event is a Hollywood favourite thanks to its unpretentious nature and the fact that celebs get to shed their tight gowns in favour of channeling their inner ski bunny. 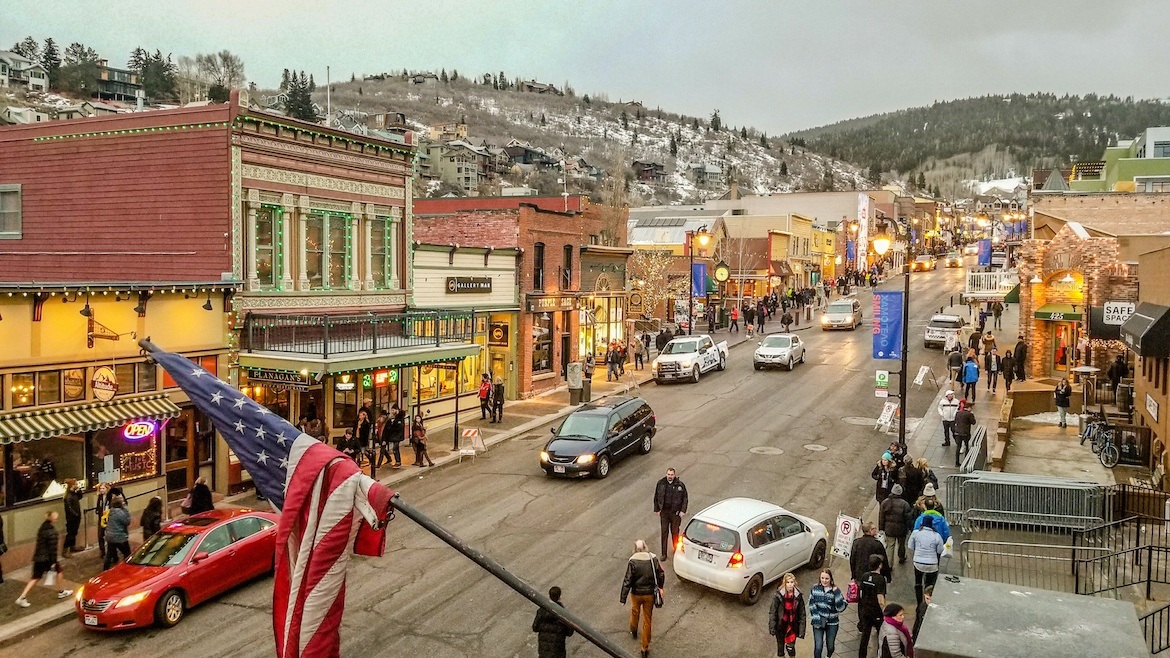 About 200 films premiere at the festival each year, and the cast is present at many of the screenings and usually do a Q&A with the audience after which makes for an incredible viewing experience. Really, when else do people actually watch the credits after a movie finishes?! Showings are in theatres scattered around the state, including in Park City, at Robert Redford’s Sundance Resort and as far as Salt Lake City, so you never know where you might run into a star. Besides actually attending a screening, your best bet for successful celeb-spotting is to hunker down on an outdoor patio in Park City for prime people-watching, or sneak onto the guest list of one of the many parties being hosted around town all week long. 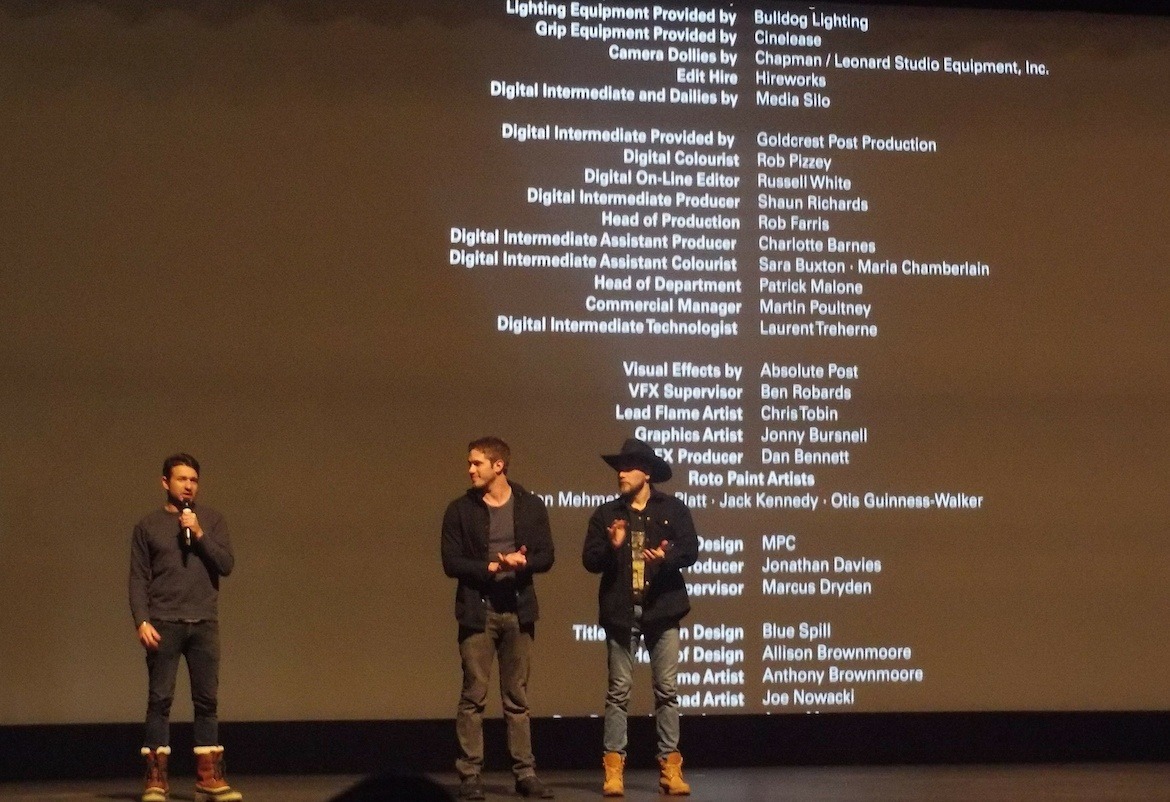 The cast of American Animals 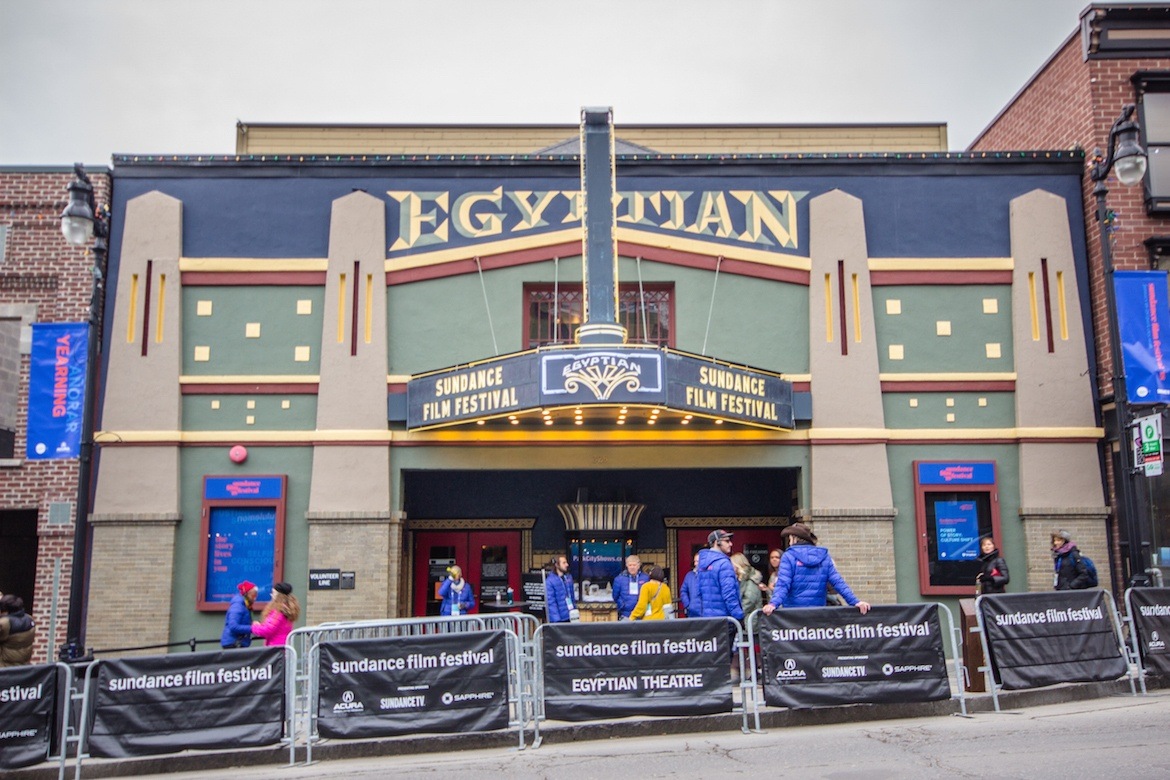 Insider tip: Left out in the cold when it comes to getting your hand on movie tickets? Head to the Sundance Resort and put your name on the waitlist. Despite being where the festival was founded it’s not as busy as Park City, so you’ll likely have better luck securing seats. 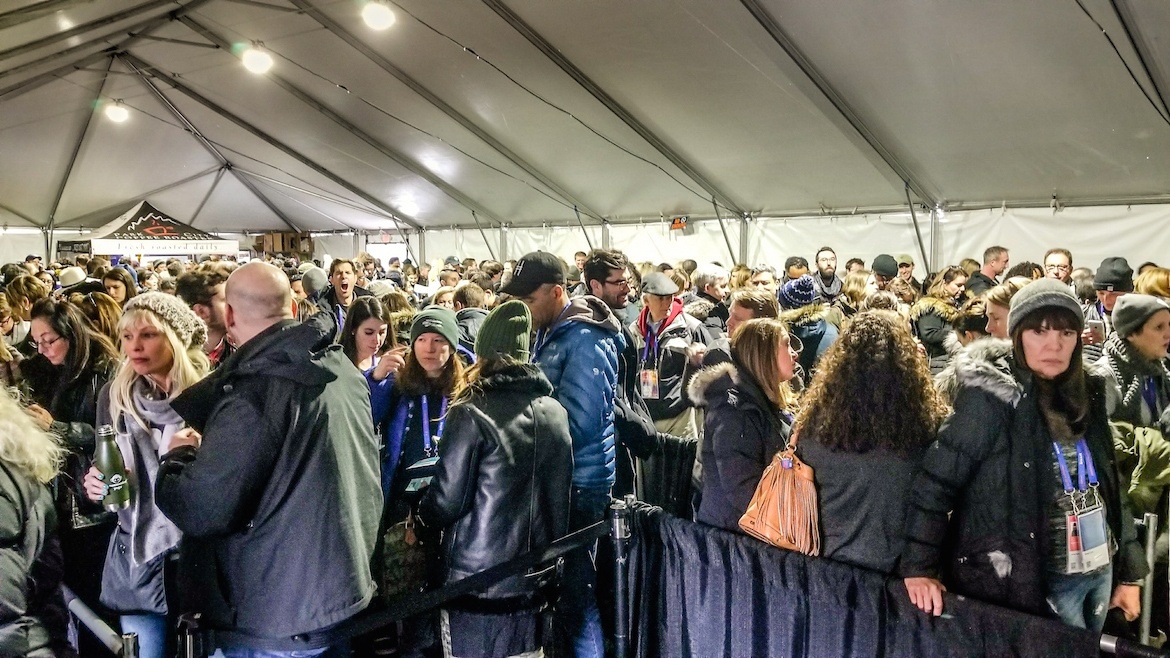 Queue up early to get into the theatre, even if you have tickets!

Admire the ice castles in Midway

Like a frozen Narnia, the ice castles in Midway are absolutely magical, particularly when illuminated at night. Every year, sculptors expertly craft a winter wonderland layer by layer, turning an acre of land in Midway, Utah into a shimmering spectacle. 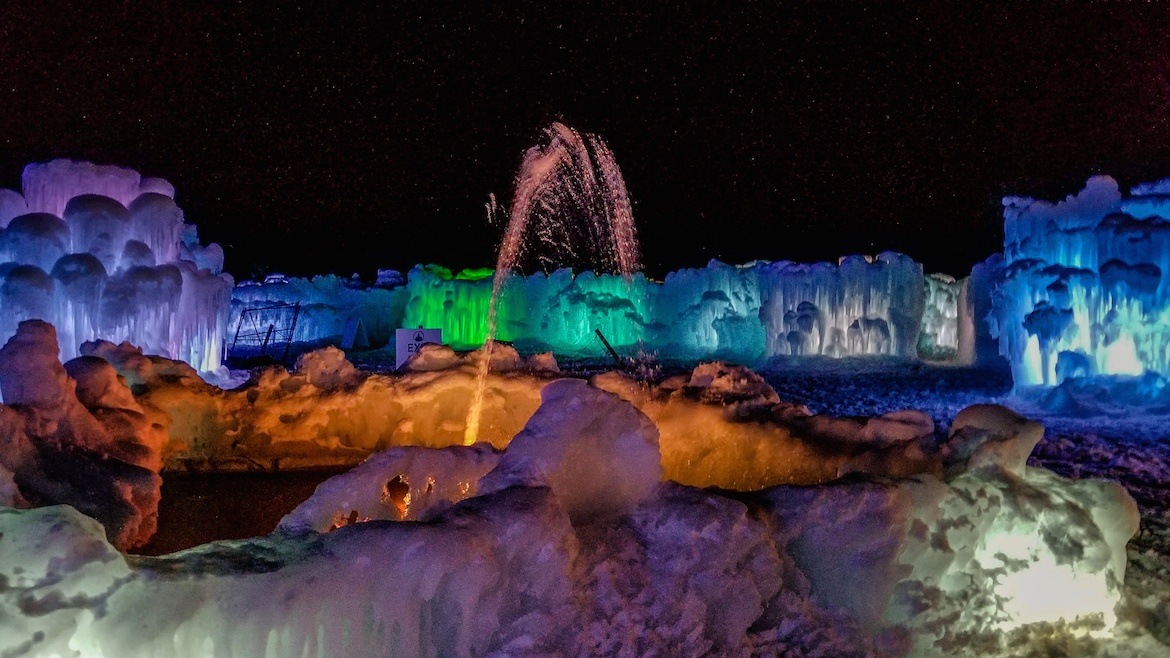 Visitors can wander through the numerous rooms which include the likes of thrones and fountains, or race each other down one of the ice slides. At the end of the evening, gather around one of the roaring fire pits and sip a hot cup of cocoa, while breaking out into a chorus of ‘Let it Go’ from the movie Frozen. Trust me, it’s inevitable. 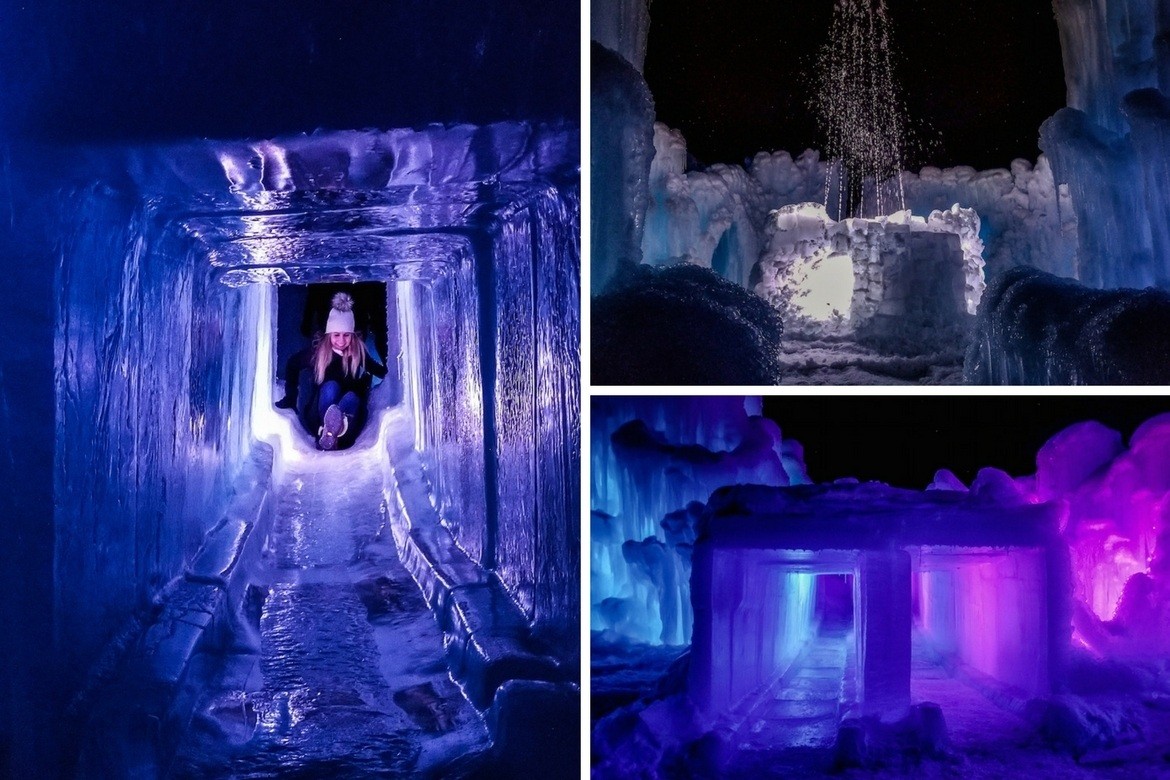 Utah’s legendary powder lures skiers to its slopes all winter long, with most hills found in and around Park City. Incredibly, advanced skiers can ski up to six of them in one day with the Ski Utah Interconnect Adventure Tour, as the hills are connected through the backcountry. Snowboarders will want to note that two of the area’s resorts—Deer Valley and Alta—only allow skiers.

READ MORE: Ski Utah 3 ways: The best resorts for every type of skier 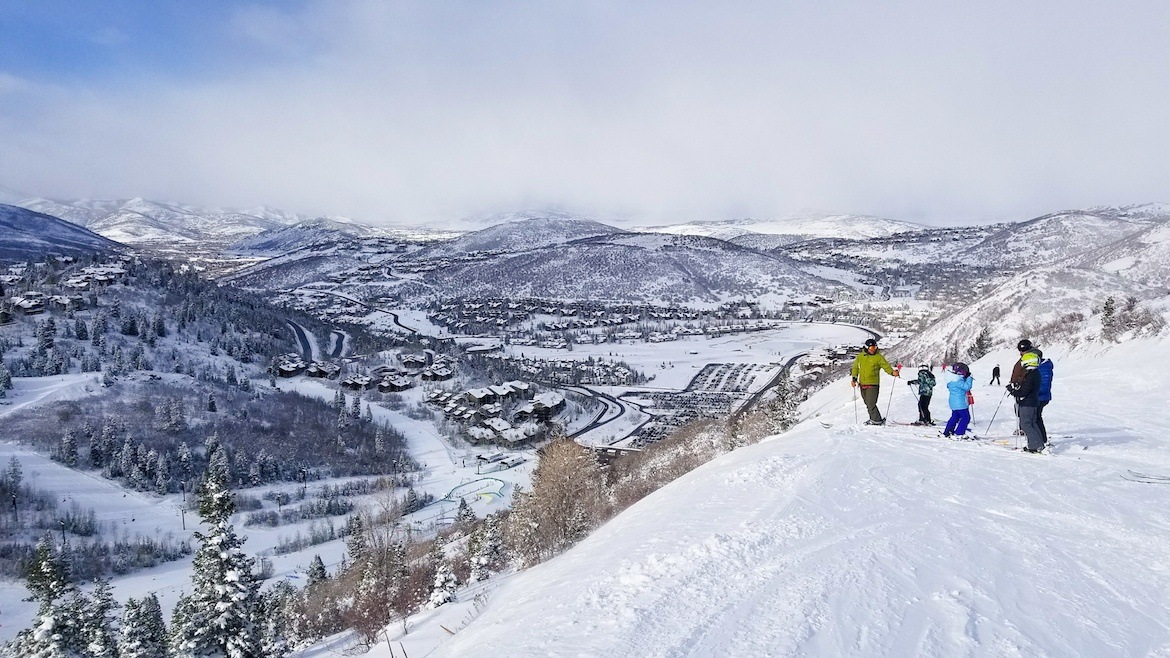 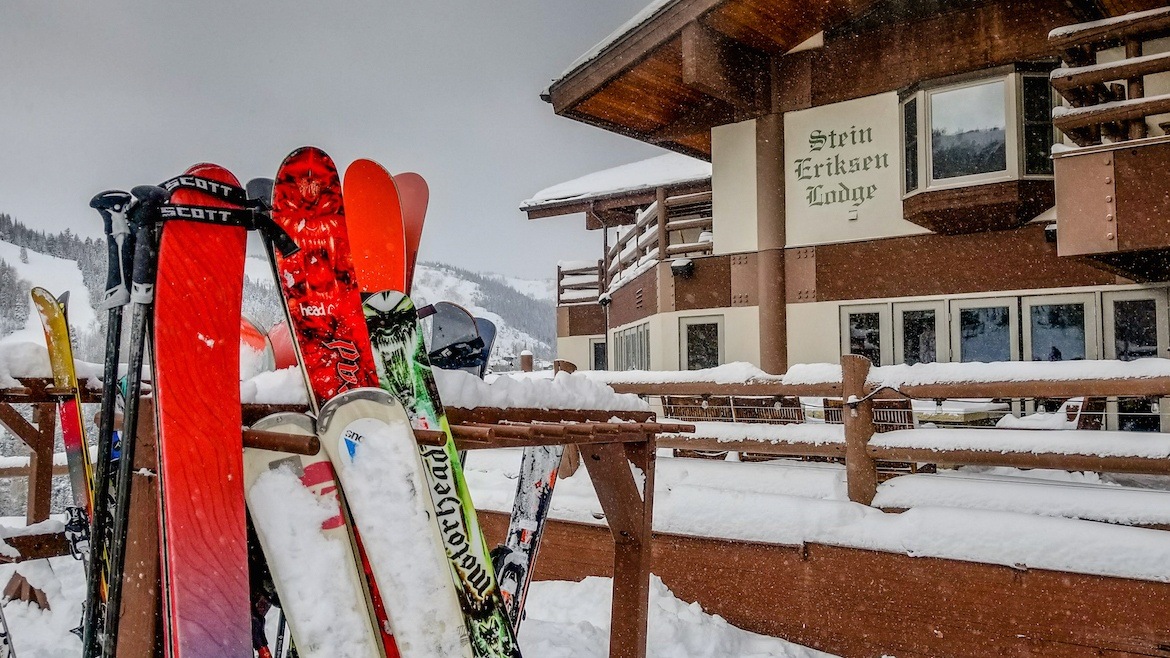 To get a glimpse of the luxe life, hit the hills at Deer Valley which is a prime spot for celeb spotting (or at the very least, the gorgeous homes they vacation in). The resort is like the country club of ski hills, with impeccable service starting from the moment you pull up to the charming lodge, to the gourmet dining options (hello truffle fries with chardonnay cream sauce) and the fact that they limit crowds to 8500 skiers per day to ensure a top-notch experience. 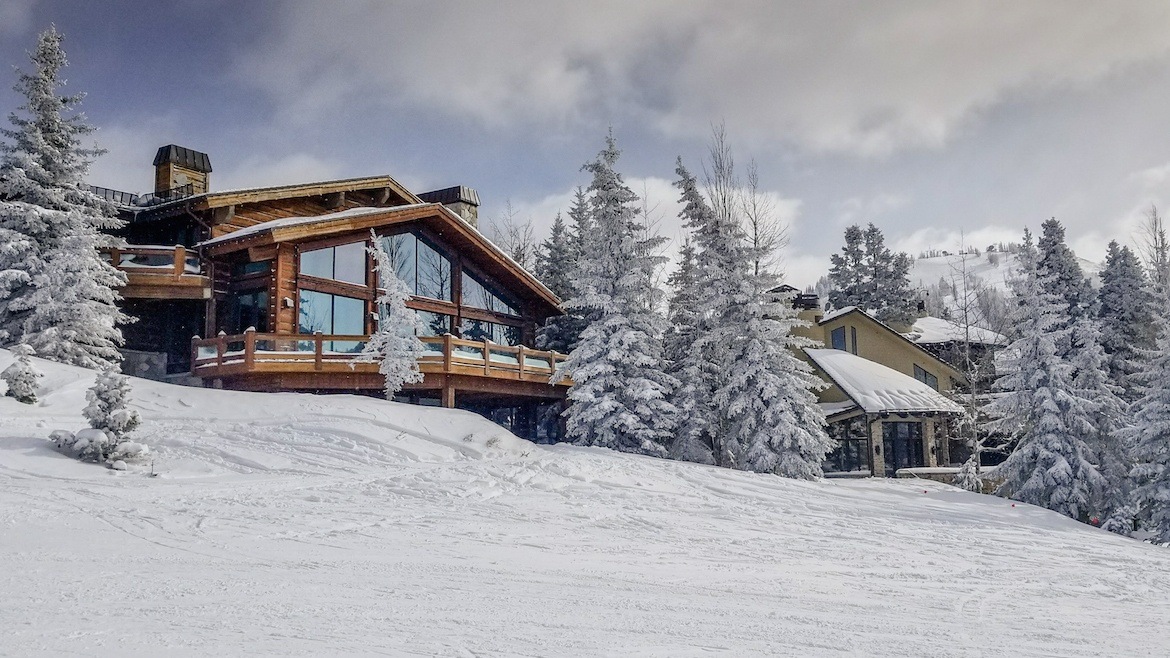 Park City Mountain is another popular spot, holding bragging rights as America’s largest ski resort with 7,300 skiable acres. It’s actually like two mountains in one, with a duo of villages: Park City Mountain Village which has lodges, restaurants, ski rental shops and boutiques, and Canyons Village where you’ll find fun amenities like foosball tables, an outdoor fire pit and plenty of shops. 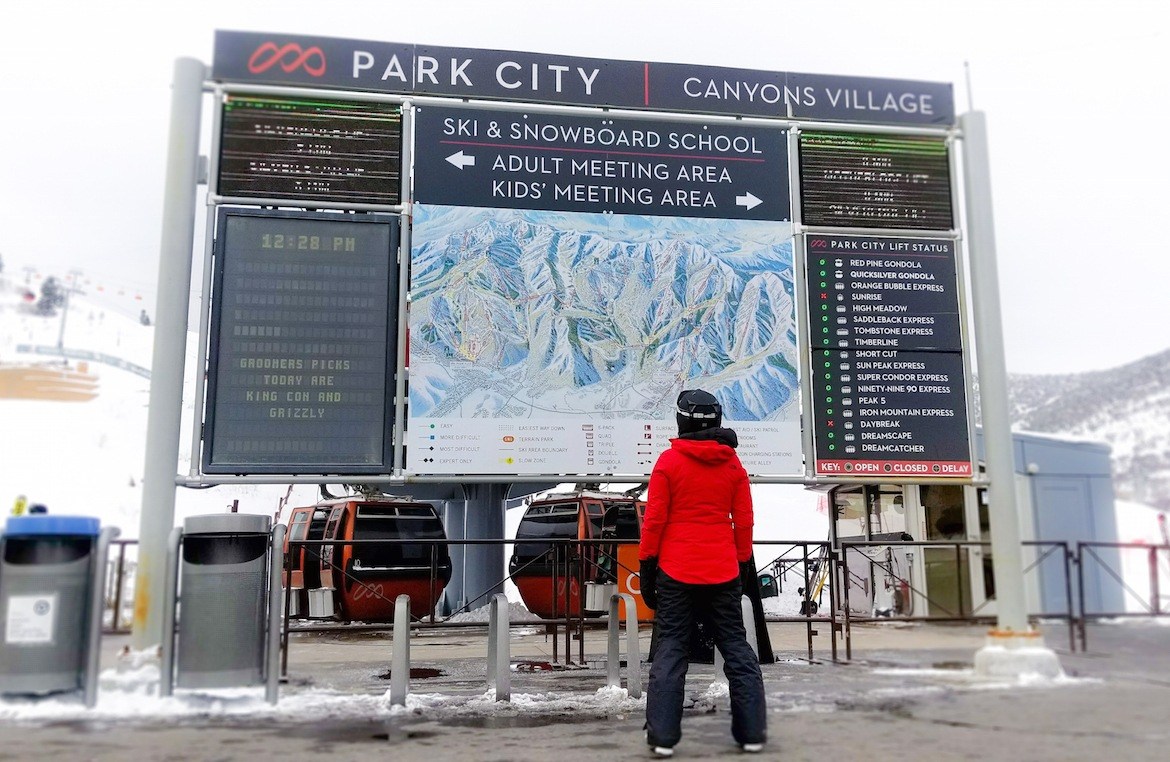 Insider tip: One of the best times to go skiing in Utah is during the Sundance Film Festival. Some hills are practically deserted that week since everyone is partying in Park City, so you’ll get the virgin powder all to yourself. 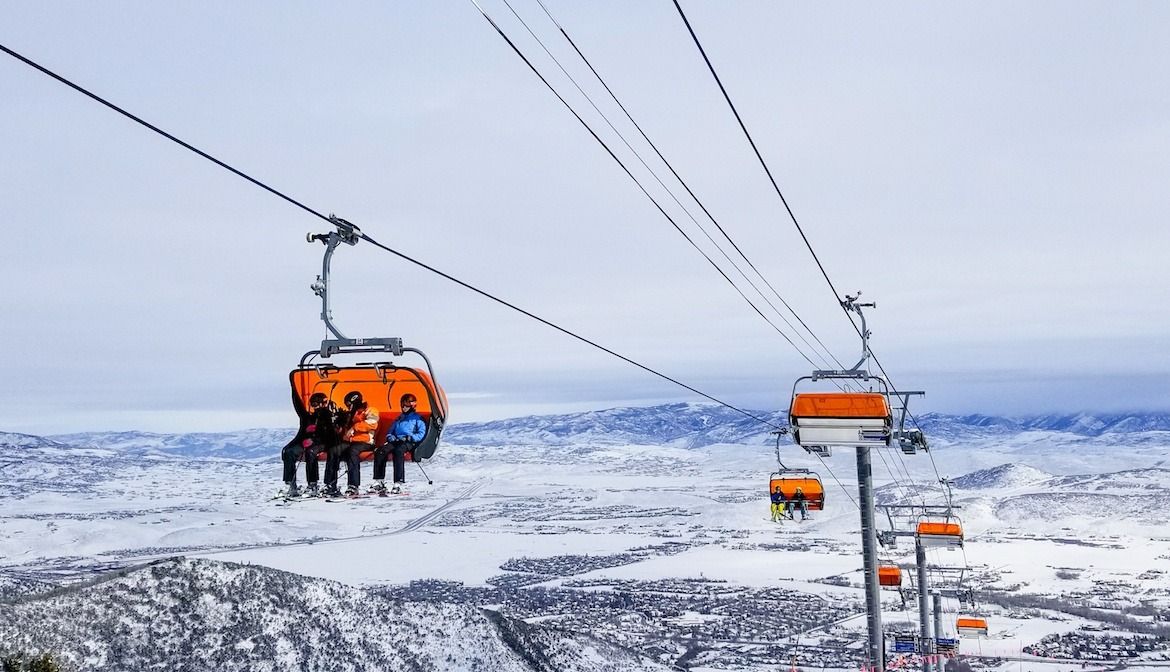 Swim in a crater

Ward off winter’s chill and soak those sore ski muscles in a geothermal spring, hidden in a limestone rock at the Homestead Resort. The natural dome was formed more than 10,000 years ago by melting snow from the surrounding Wasatch Mountains, and there’s a hole at the top that allows the sunlight to stream through while the mineral water inside stays heated at about 96 degrees Fahrenheit.

Slip on your swimsuit, then head through the cave-like tunnel into the brilliant blue mineral water for a relaxing float. To up the fun-factor, visitors can also go snorkelling, scuba diving or test their balance during a paddleboard yoga class. 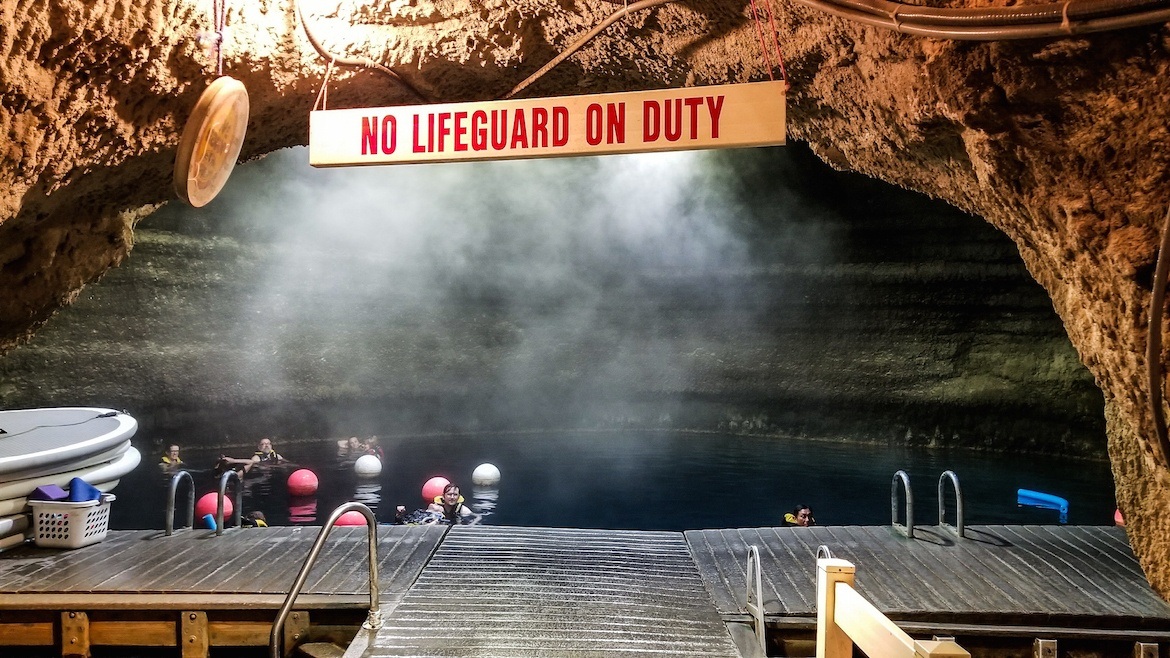 Go to a NBA game

Even if you’ve never watched a basketball game in your life, you won’t want to miss this experience. The Utah Jazz play in Salt Lake City all winter long, and their contests are non-stop entertainment no matter what the scoreboard says. From cheerleaders to confetti streamers and dunk contests to dance-offs, the entire evening is guaranteed to be a good time even if you don’t know what a ‘three-pointer’ is. 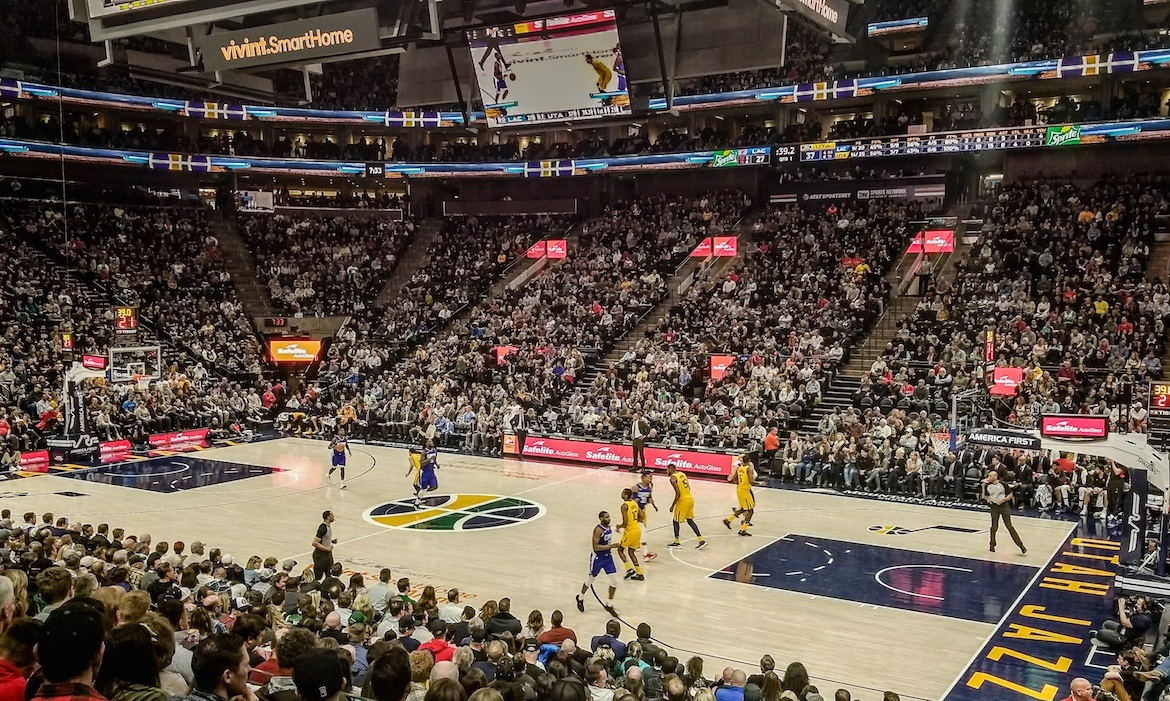 Utah is known for being home to The Church of Jesus Christ of Latter-Day Saints, so no visit to the state is complete without seeing Temple Square, regardless of the season. Found in the heart of Salt Lake City, it hosts a number of impressive structures including the gargantuan Salt Lake Temple, which only mormons are allowed to step inside and is commonly used for wedding ceremonies. However, those who aren’t of the LDS faith can still admire its exterior, and will want to head to the neighbouring Joseph Smith Memorial Building for a birds-eye view of the whole square sprawled out below. Don’t miss the acoustically-pleasing, dome-shaped auditorium which is home to the Mormon Tabernacle Choir, and has an organ constructed out of more than 11-thousand pipes. 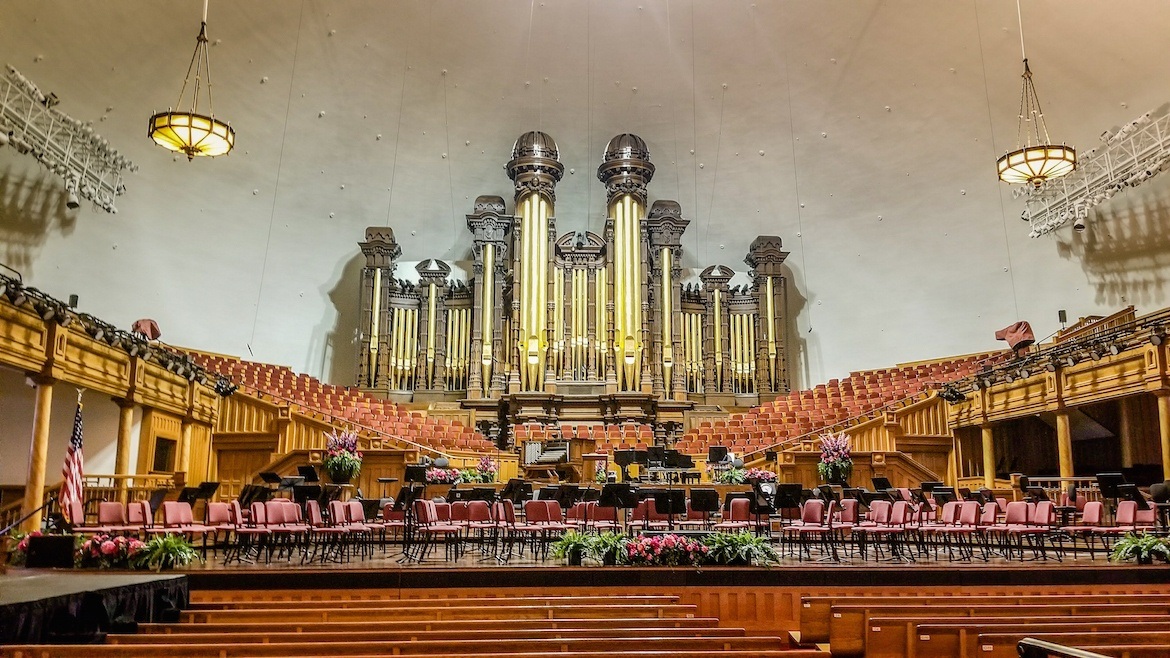 Despite how hardcore it sounds, winter hiking is actually quite popular in Utah and you don’t need to be an extreme adventurer to do it. Best of all, you’ll avoid the swarm of summer crowds and get the parks to yourself, which is always a nice perk for photographers or for those tackling busier routes like Angels Landing. Zion National Park is a top pick as the weather is fair year-round and rarely sees snow, as is Bryce Canyon where you can cross-country ski or snowshoe. 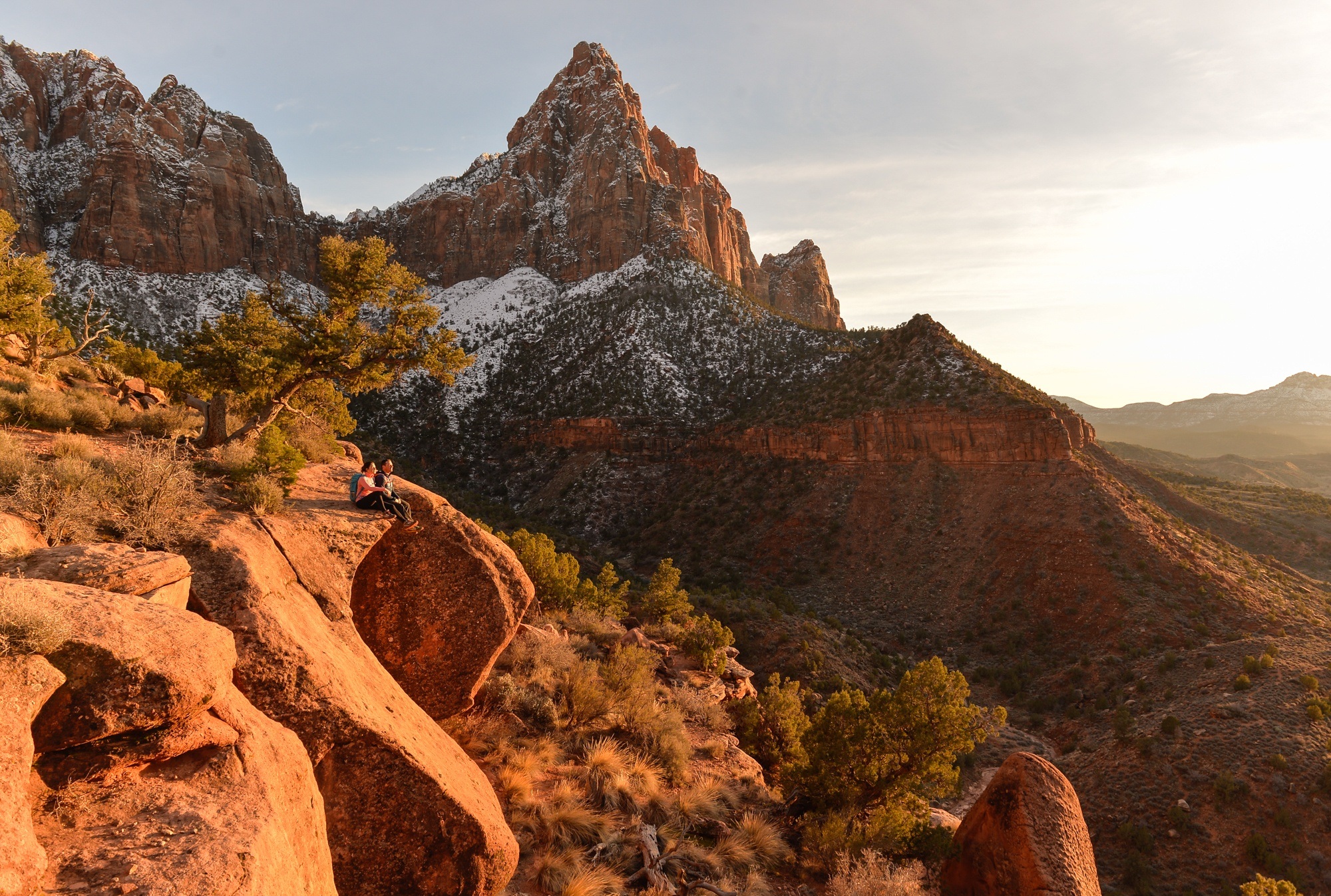 Zermatt Utah- This spot is the next best thing to being in Switzerland, as the property is located in Midway which was settled by Swiss immigrants. The European influences are apparent throughout the area nestled in the Heber Valley, particularly at the resort which was designed to look like a lodge straight out of the Alps. 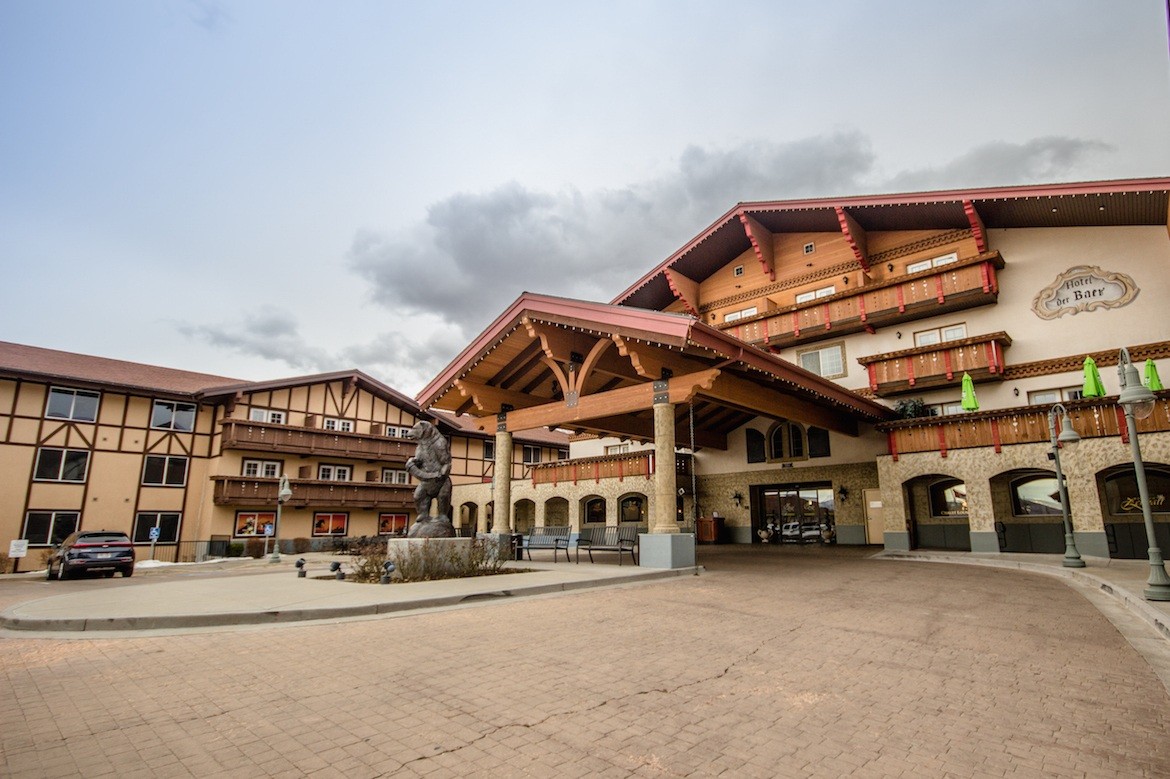 Boasting more than 300 rooms, amenities include a spa, fitness centre, indoor/outdoor pools, tennis courts, and a fabulous bakery that also serves Starbucks coffee. Geothermal mineral pools are scattered around the property, and Zermatt Utah is just steps away from the ice castles and the crater. The resort offers complimentary shuttles to Park City and the ski hills during the Sundance Film Festival which makes it the perfect place for festival-goers to stay—notably because rooms at Zermatt are a fraction of the price of those in Park City.

Click here to book a room at Zermatt Utah.

Little America Hotel- Those looking to base themselves in Salt Lake City will want to book in at the Little America Hotel, the sister property to the towering Grand America Hotel which is just across the street. The 4 Diamond hotel has a prime location right downtown, which makes for great views of the city skyline and mountains. 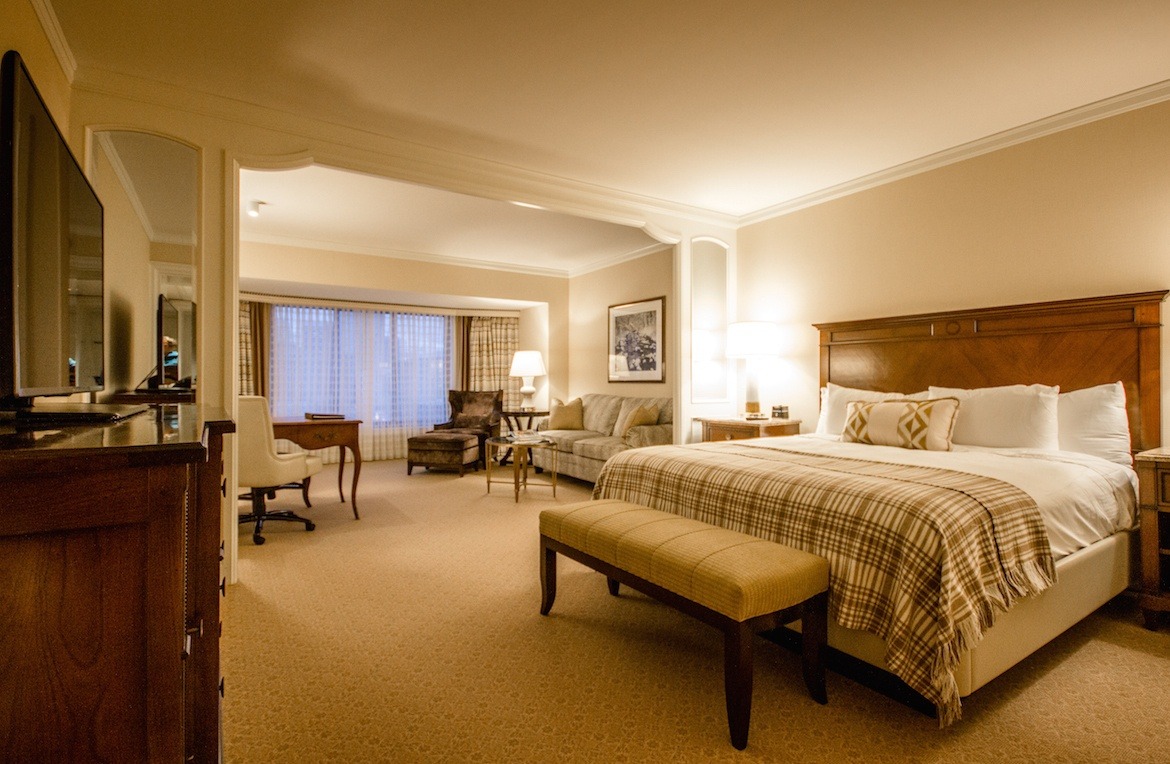 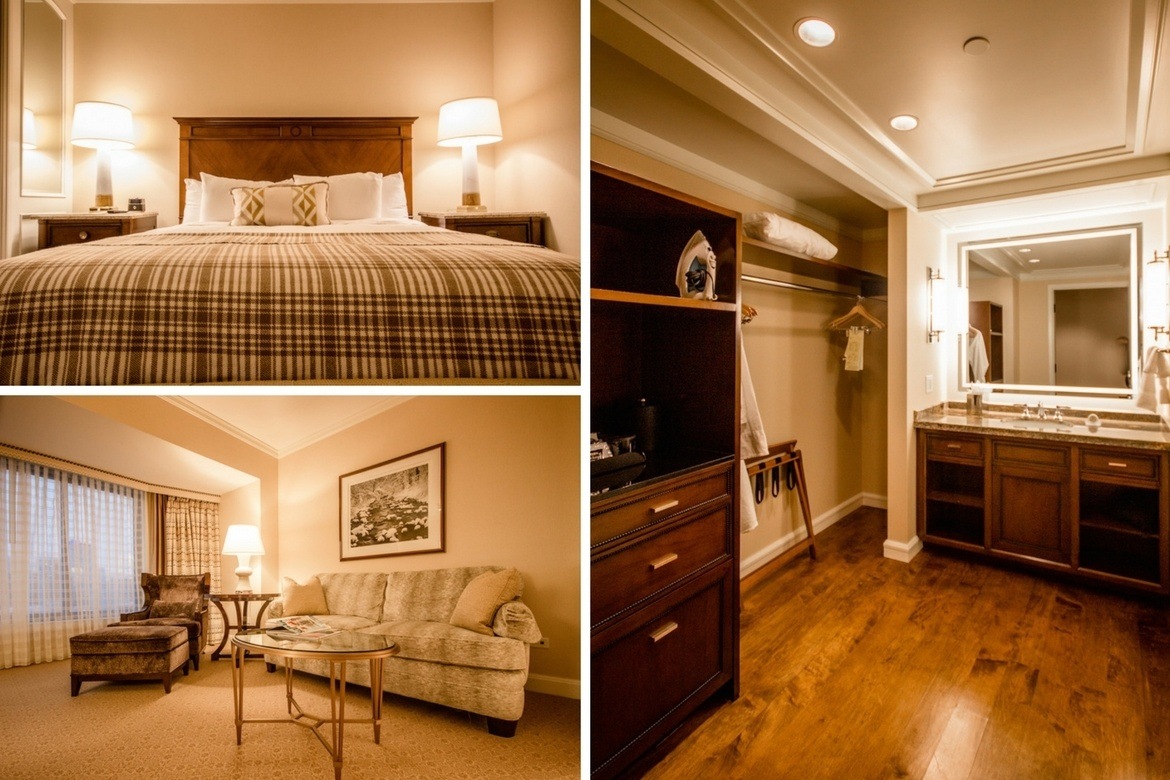 Rooms are incredibly spacious and elegantly decorated, and their Tower King suites even have a walk through closet and sitting room. Parking is a cinch, and on-site amenities include numerous restaurants and a fitness centre with indoor/outdoor pool. 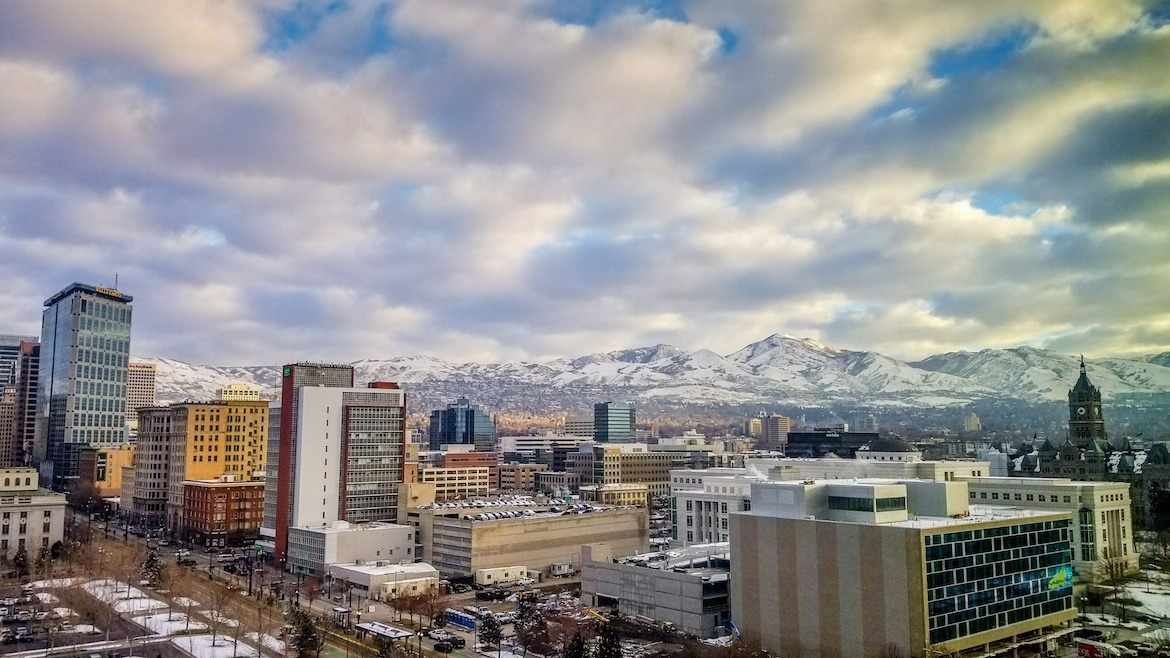 The view from the Little America Hotel

Globe Guide explored Utah as a guest of Visit Utah. As always, hosts have no editorial influence on articles.

Unique and unexpected things to do in Phoenix, Arizona

Viva Las Vegas! A guide to the city with something for everyone 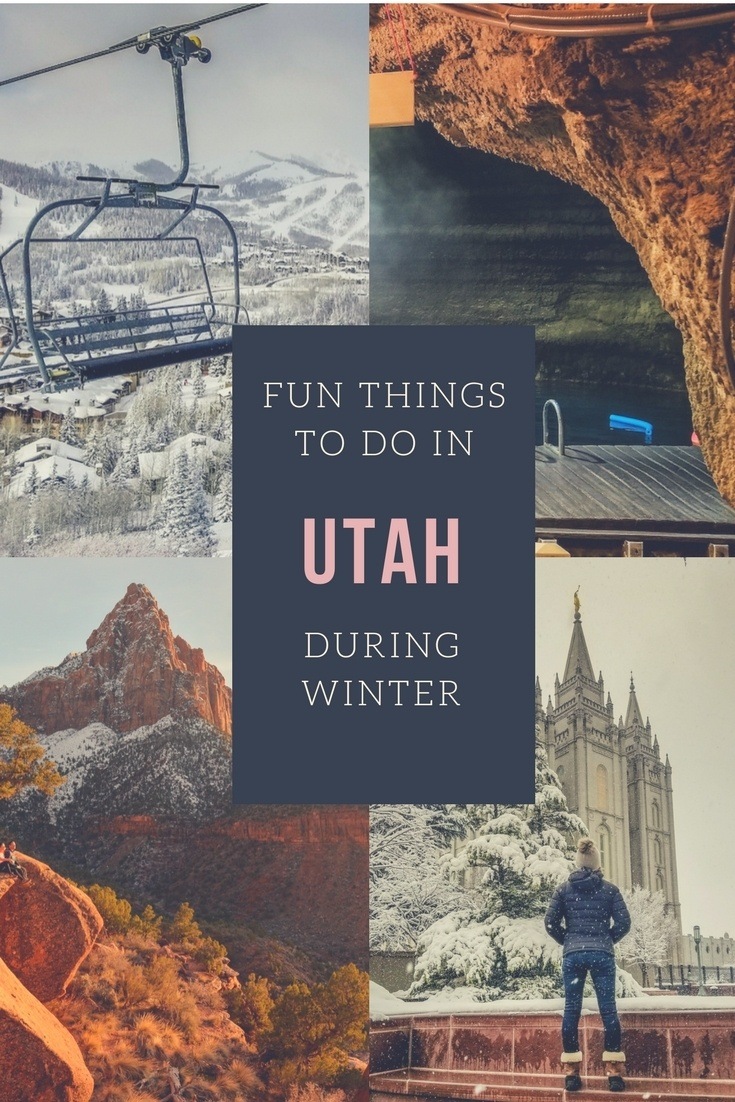