I tried goat yoga, I kid you not. (#SeeWhatIDidThere)

If you’re like 99 per cent of the population you’ve likely never heard of such a thing and are probably thinking, “Uhh, goat yoga? Like, doing a yoga practice with goats?” Why yes my friends, it’s exactly what it sounds like—barnyard meets downward dog.

I also had no idea goat yoga existed until I was invited to a session in Gilbert, Arizona which is one of the only places in North America offering it. Never one to shy away from memorable experiences I was excited to try it, despite being slightly apprehensive about the thought of a full-grown billie trying to get frisky while I found myself curled back in cobra position. I mean, can you blame a gal? Fortunately, it turned out I had nothing to worry about. 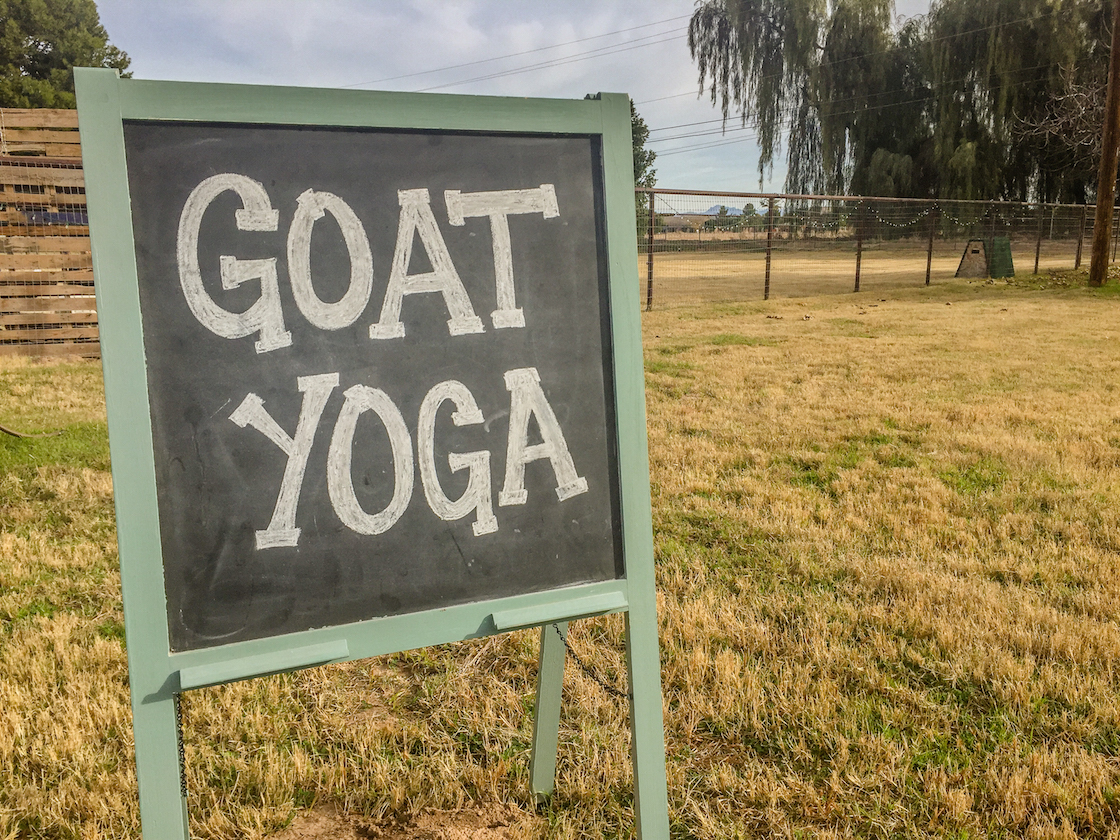 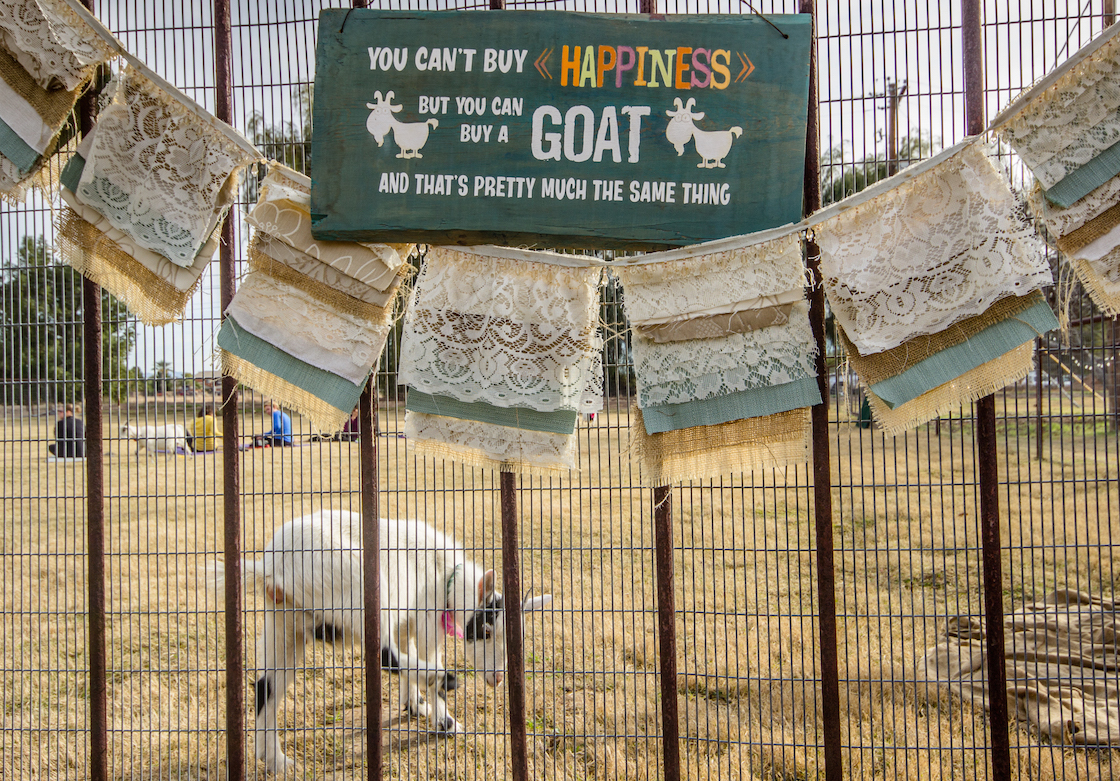 On a sunny afternoon, our crew arrived at a farm home in an otherwise unassuming neighbourhood, the house bordered by a large yard and wire fence. We were met at the gate by yoga teacher Sarah Williams, who runs Arizona Goat Yoga alongside her pal April Gould who some might know as the “Goat Whisperer” featured on the summer TV show American Ninja Warrior. That’s right, April is the one who came up with the idea of using her family’s herd of goats as training partners, eventually partnering up with Sarah to take the idea of goat gym mainstream. The idea has taken off since launching in October 2016, and the pair now hold classes multiple times per week, sometimes with as many as 70 camera-wielding yogis taking part. 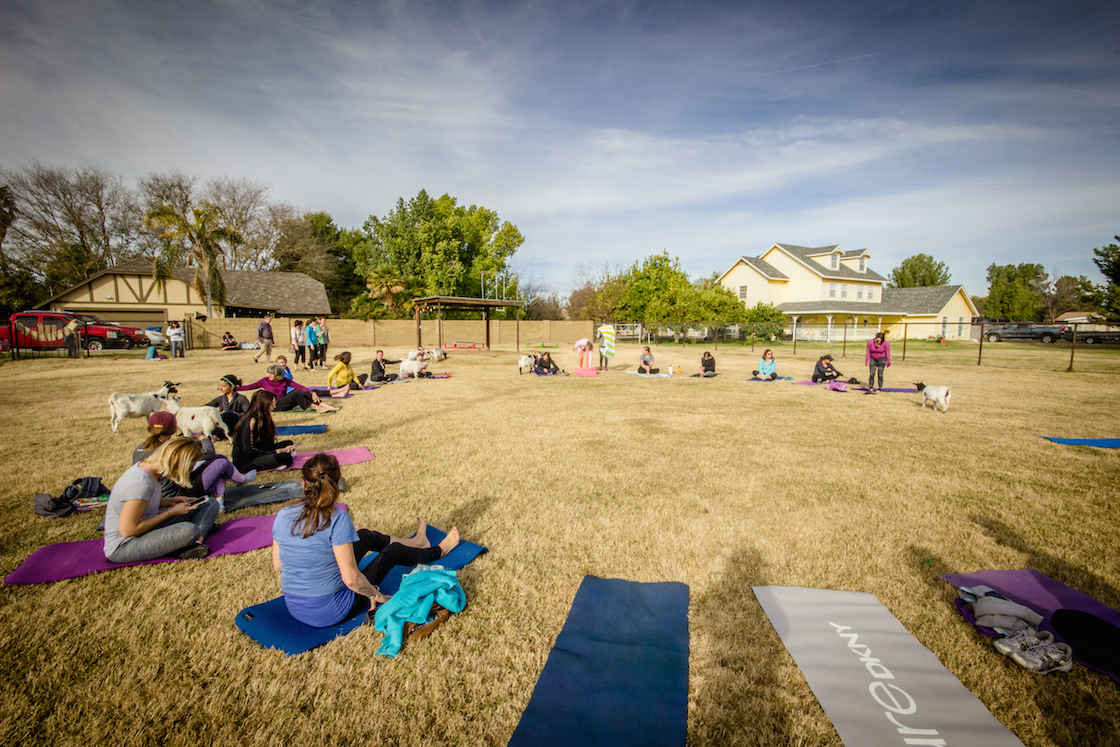 We headed into the yard and arranged our mats in a wide circle, and it quickly became apparent that there would be less zen and more zany when it came to this yoga sesh. Shrieks of excitement rippled around the yard as Lululemon-clad ladies came face to face with the lively animals, which strutted up to our mats and shamelessly stuck their noses inside purses looking for treats. Did I mention yet that they were all dressed up in princess outfits?

RELATED: Unique and unexpected things to do in Phoenix, Arizona 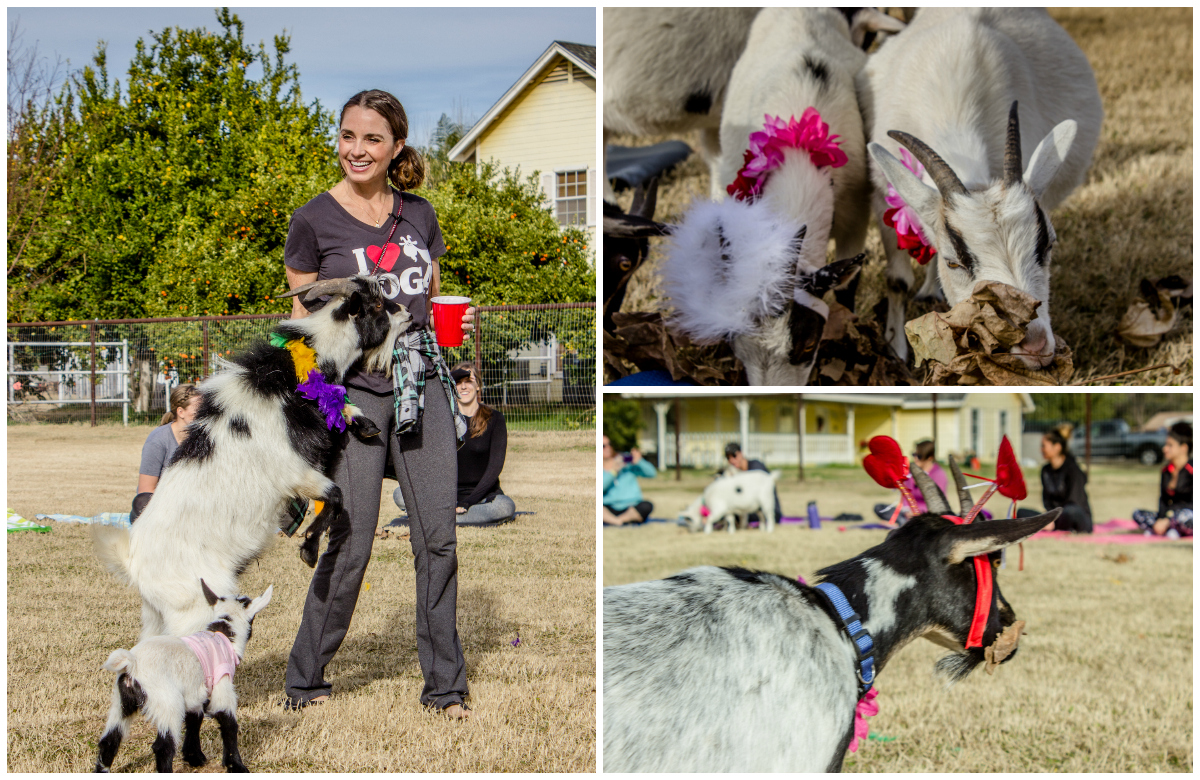 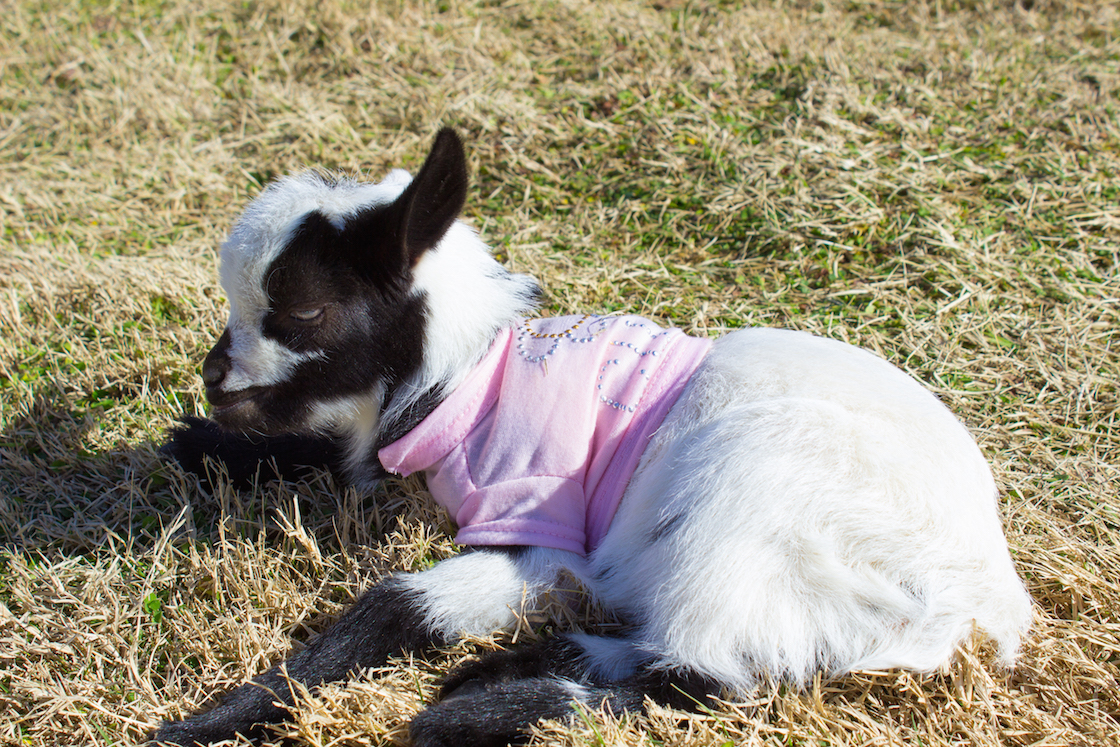 As Sarah began to lead the practice, April stood in the middle flanked by a feisty goat named Schmoo who gave tree pose the college try by perching on his hind legs and leaning into her, eager to get the class started. In her arms, April cradled a kid named Czech who was clad in a tiny blush-pink sweatshirt, the sight immediately sparking another round of high-pitched squeals from us googly-eyed yogis. 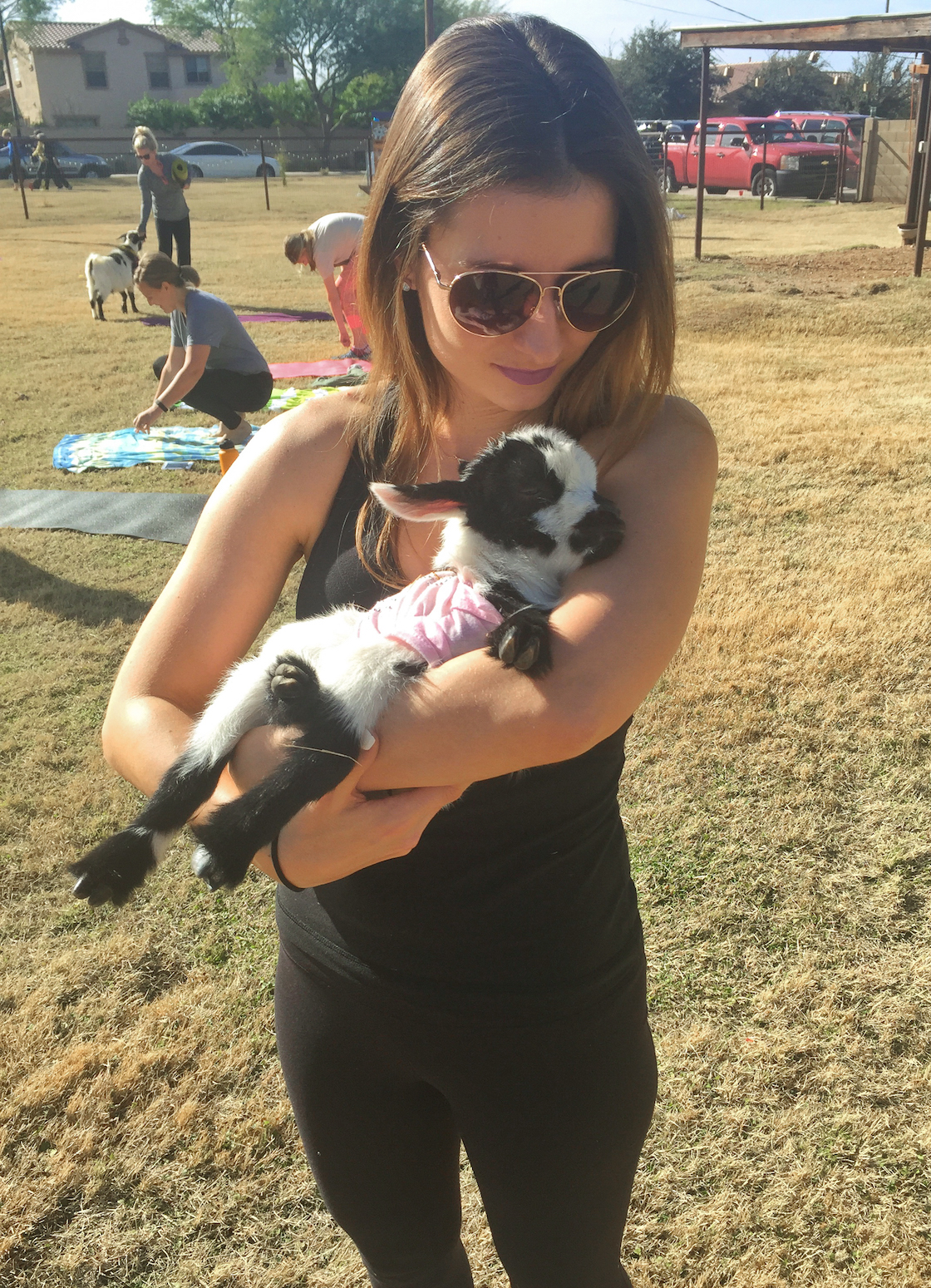 I got to cuddle Czech!

It turns out there are a lot more goats than yoga when it comes to goat yoga. While Sarah heroically tried to lead us through different poses, no one seemed particularly interested in getting their stretch on. Because cute baby animals. And selfies. The hour mostly consisted of April leading the goats around the circle, encouraging them to hop up on our backs when we found ourselves in cat/cow or downward dog, their hooves digging into our shoulder blades or scalps depending on where they ended up (tip: wear a sweatshirt). Occasionally the pets would hop up on an unsuspecting yogi, causing howls of laughter as the person tried to maintain their form while being acutely aware of how strange it is to pay to be mounted by a barnyard animal. 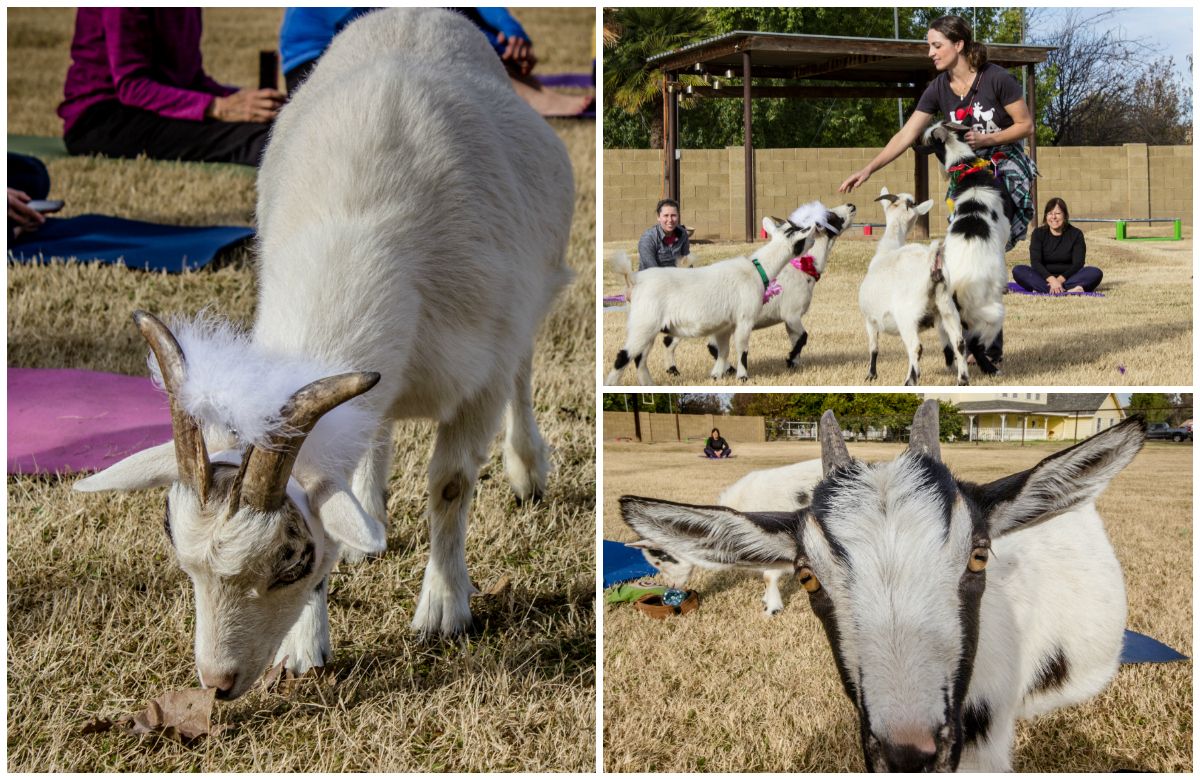 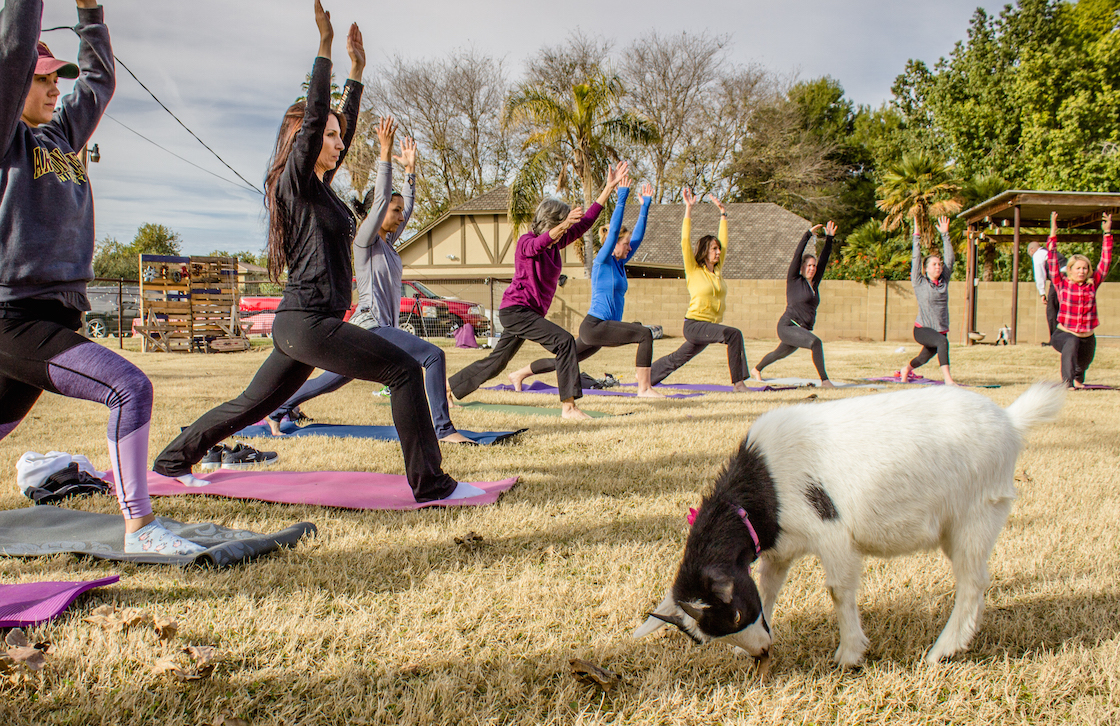 By the time the yoga session came to a close, it essentially consisted of girls taking goat selfies while April and Sarah strategically arranged both humans and animals into photo-worthy poses. Sure we may not have focused as much on deep breathing or Savasana as one would during a typical yoga class, but it’s safe to say that a fit of laughter is just as good for the soul. 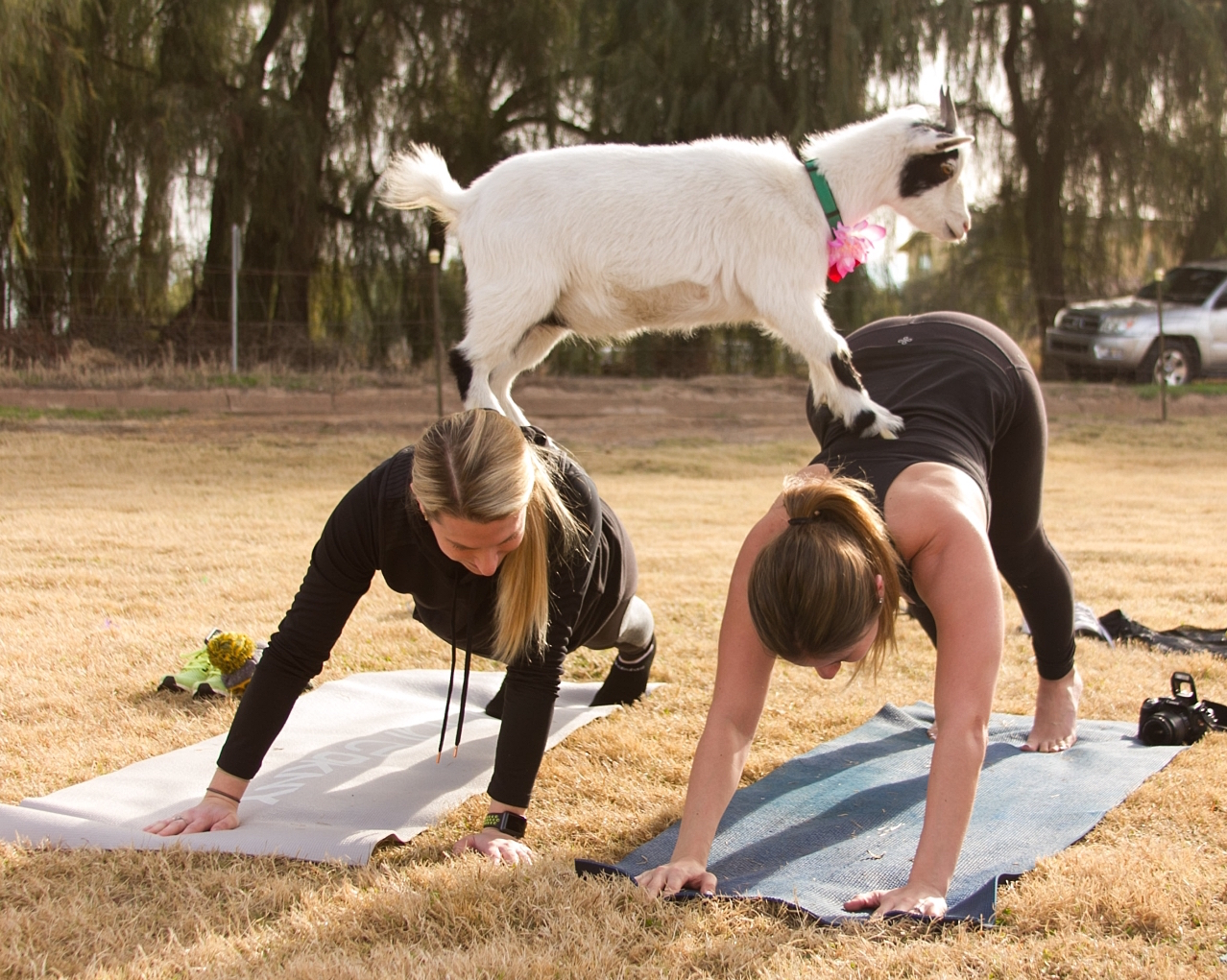 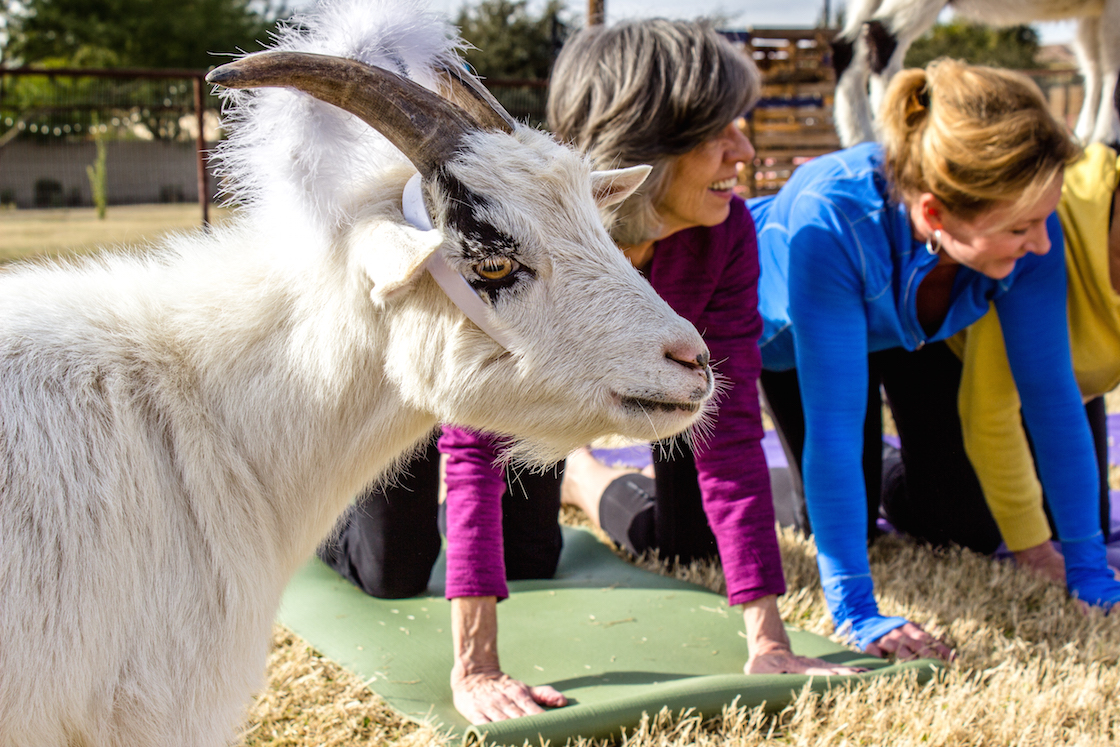 Airstream glamping in Arizona: A charming stay at The Cozy Peach

5 reasons you need to stay at The Phoenician in Arizona 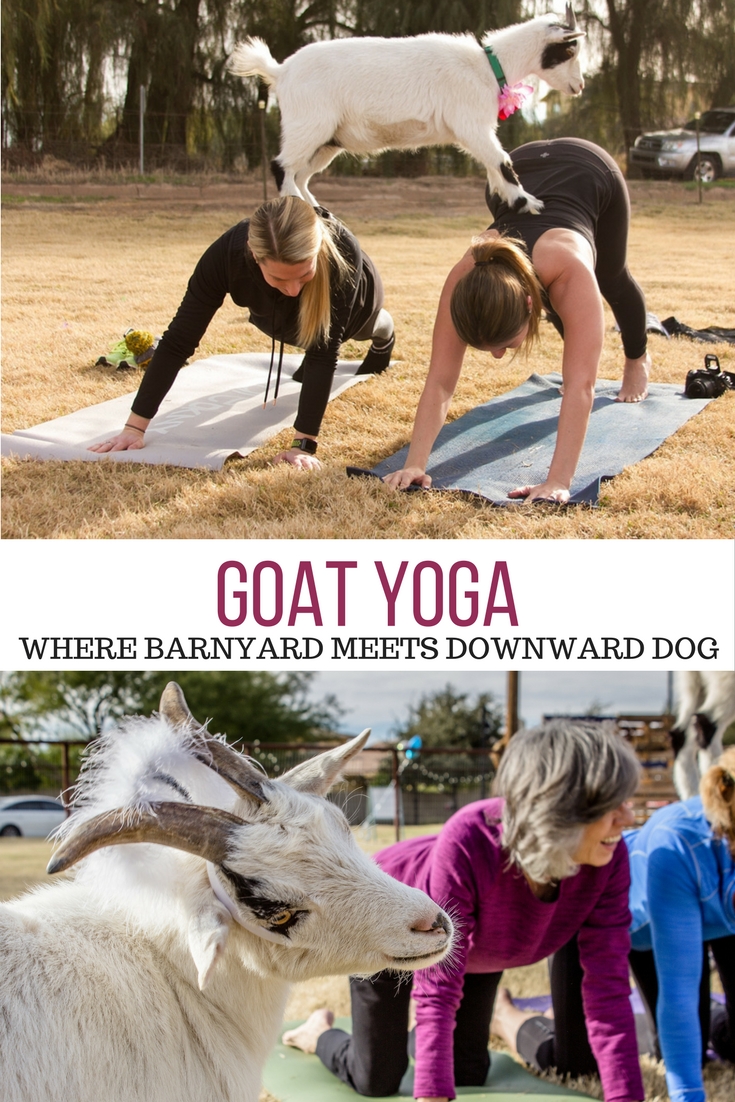