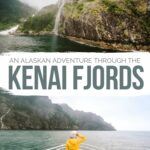 The air around us was silent and still, save for the waves gently lapping at the side of the boat. Every passenger on board gripped the railings and stared out at the horizon, waiting with breathless anticipation for what we hoped was about to happen.

A couple of minutes went by, and just when it felt like it might be time to give up and head back inside to sail back towards the harbour, it happened.

The whale’s huge, glistening back emerged out of the water, his gigantic tail flipping behind him for good measure as he disappeared back below the surface as quickly as he’d appeared. 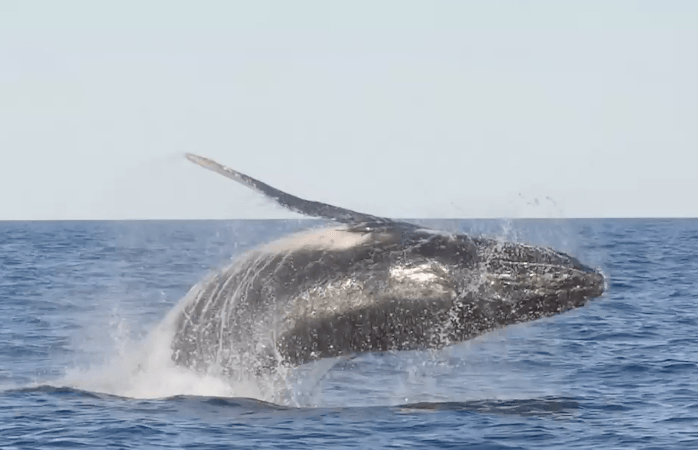 We gasped and cheered, marveling at the spectacle that felt like a small miracle. The kind of magical wildlife encounter one finds in Alaska, and we were lucky enough to experience ourselves that day with Kenai Fjords Tours. 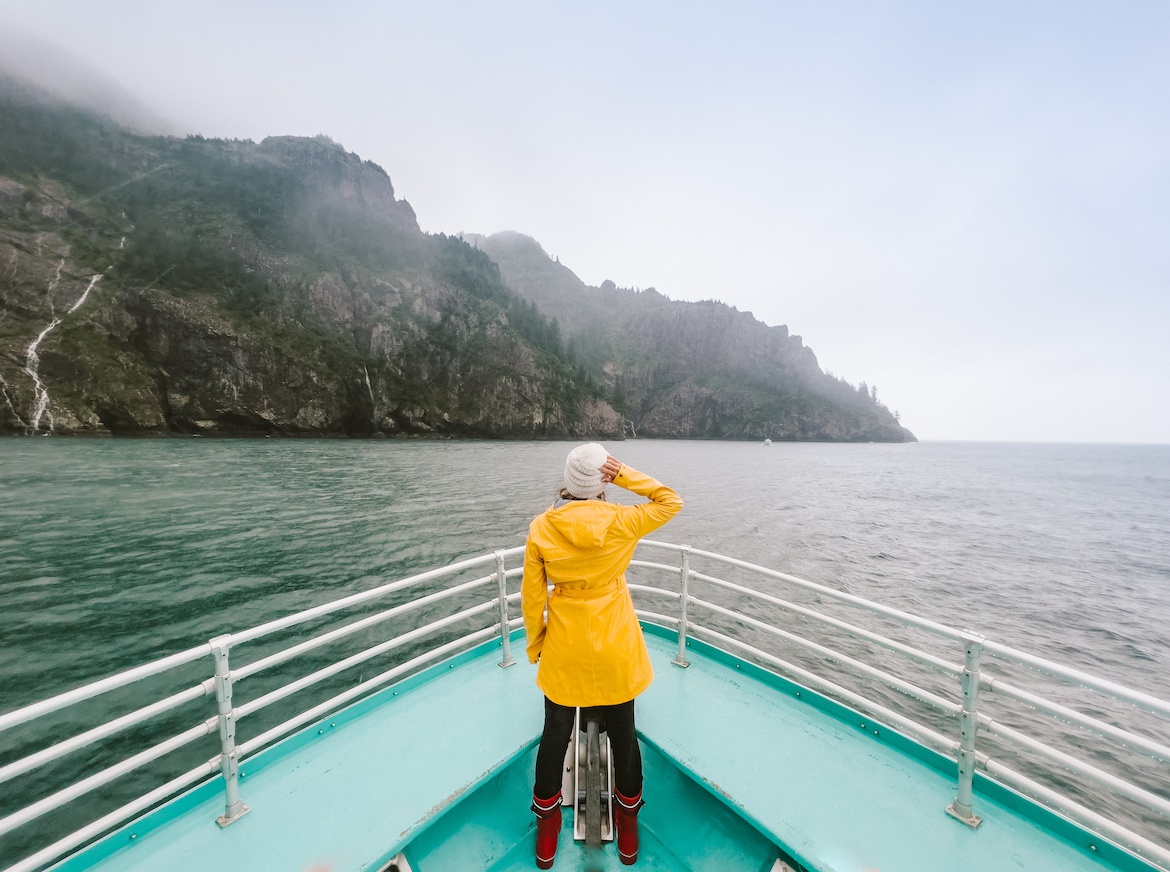 Kenai Fjords Tours has been leading these incredible excursions since 1974, operating out of Small Boat Harbor in the port city of Seward, Alaska.

Offering six different day cruises that range from four to nearly nine hours long, the trips head through areas like Resurrection Bay, Aialik Bay, Kenai Fjords National Park and over to Fox Island for dinner at the remote lodge. 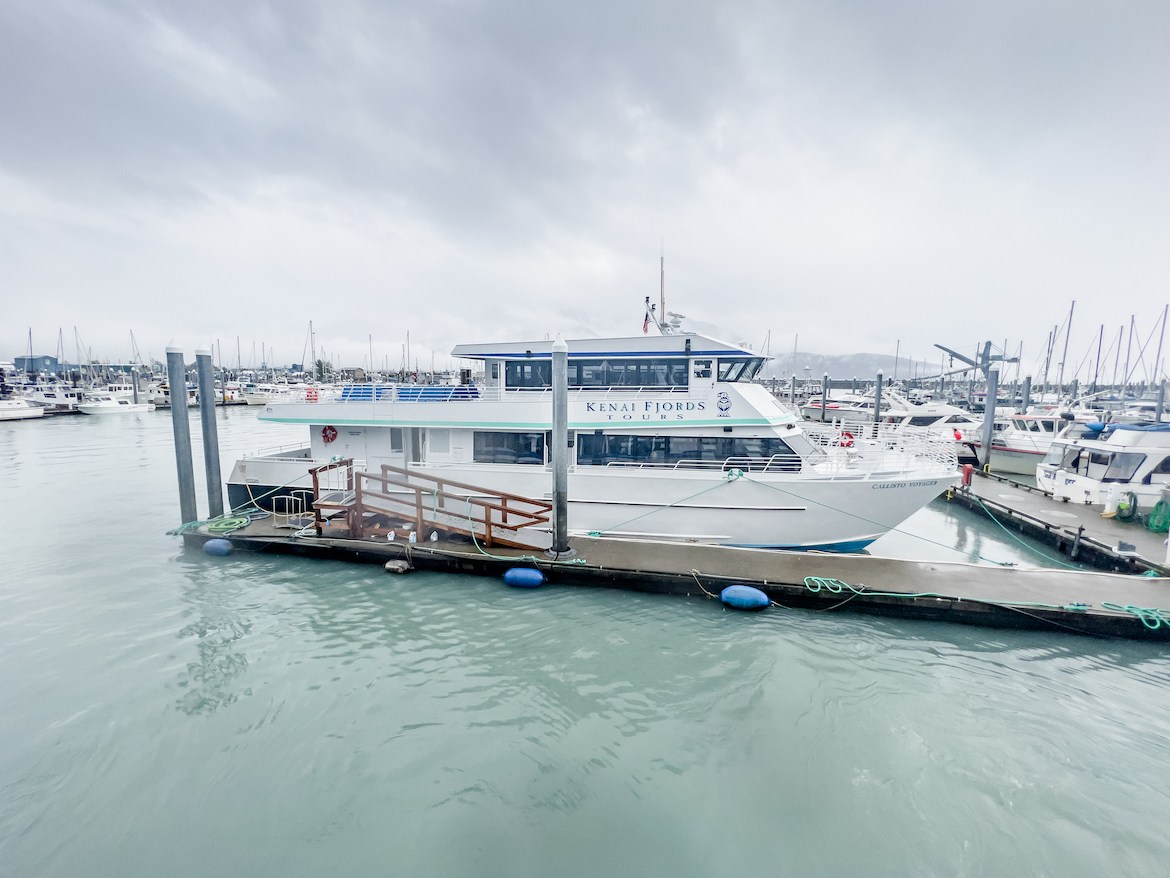 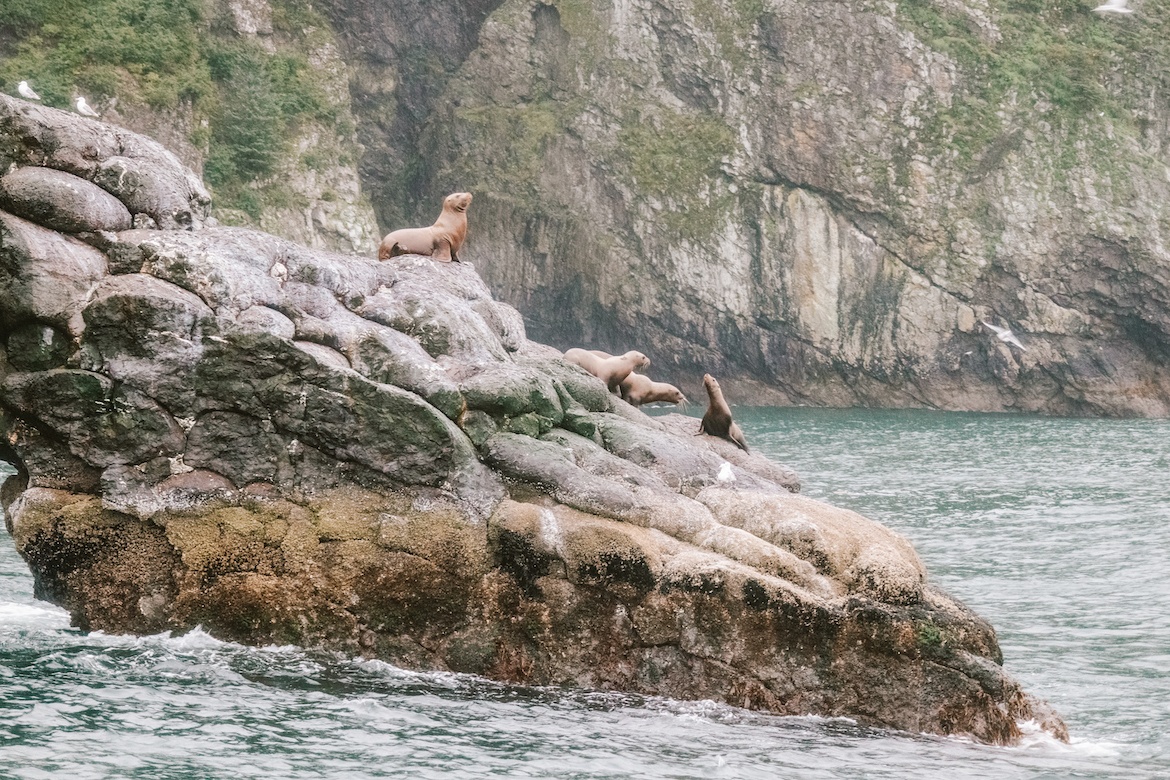 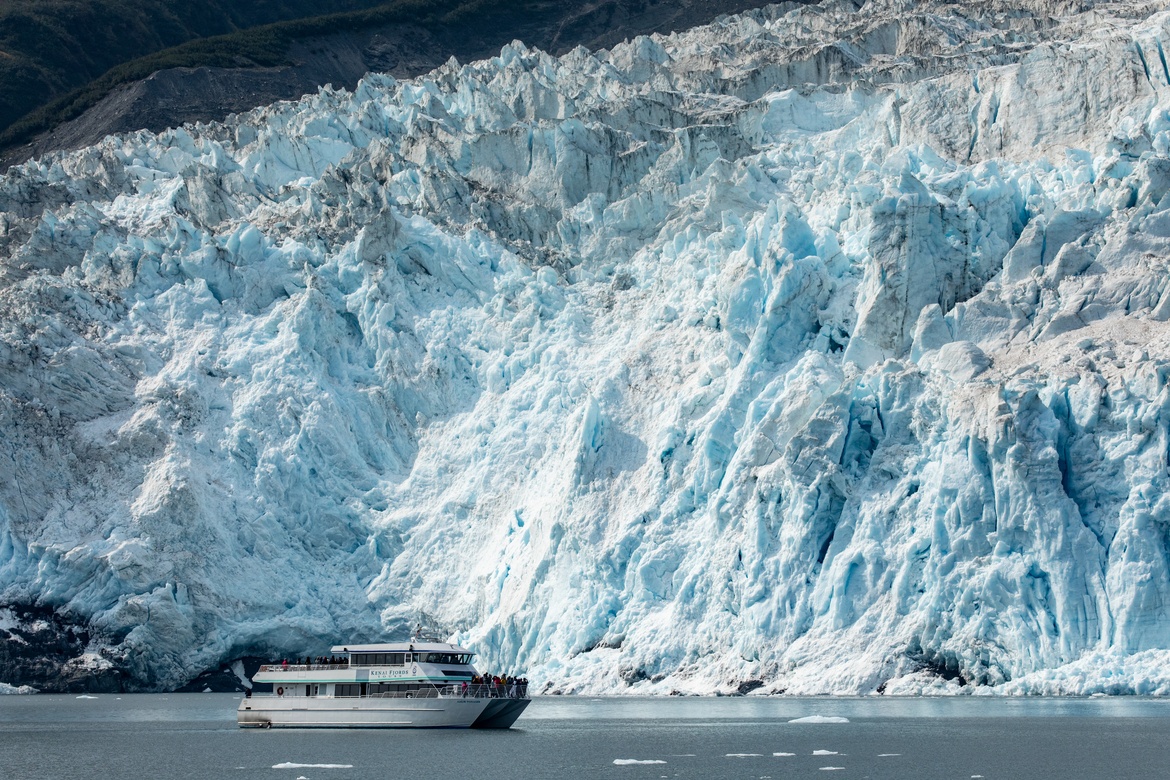 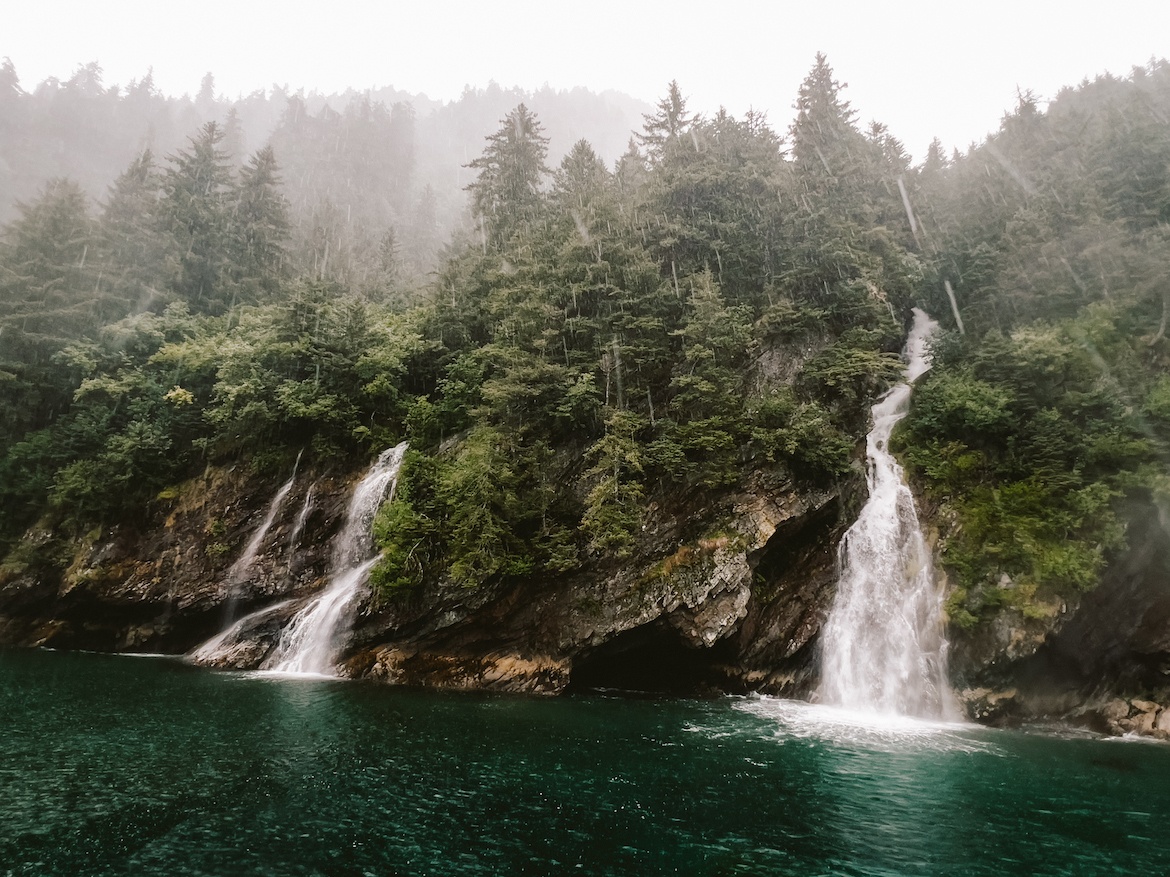 What to expect on a Kenai Fjords cruise

In some spots like where we spotted the North Pacific humpback whale the water was calm; however, on wild weather days the waves are so intense it can feel like a roller coaster ride. There’s never a dull moment on an Alaskan adventure. 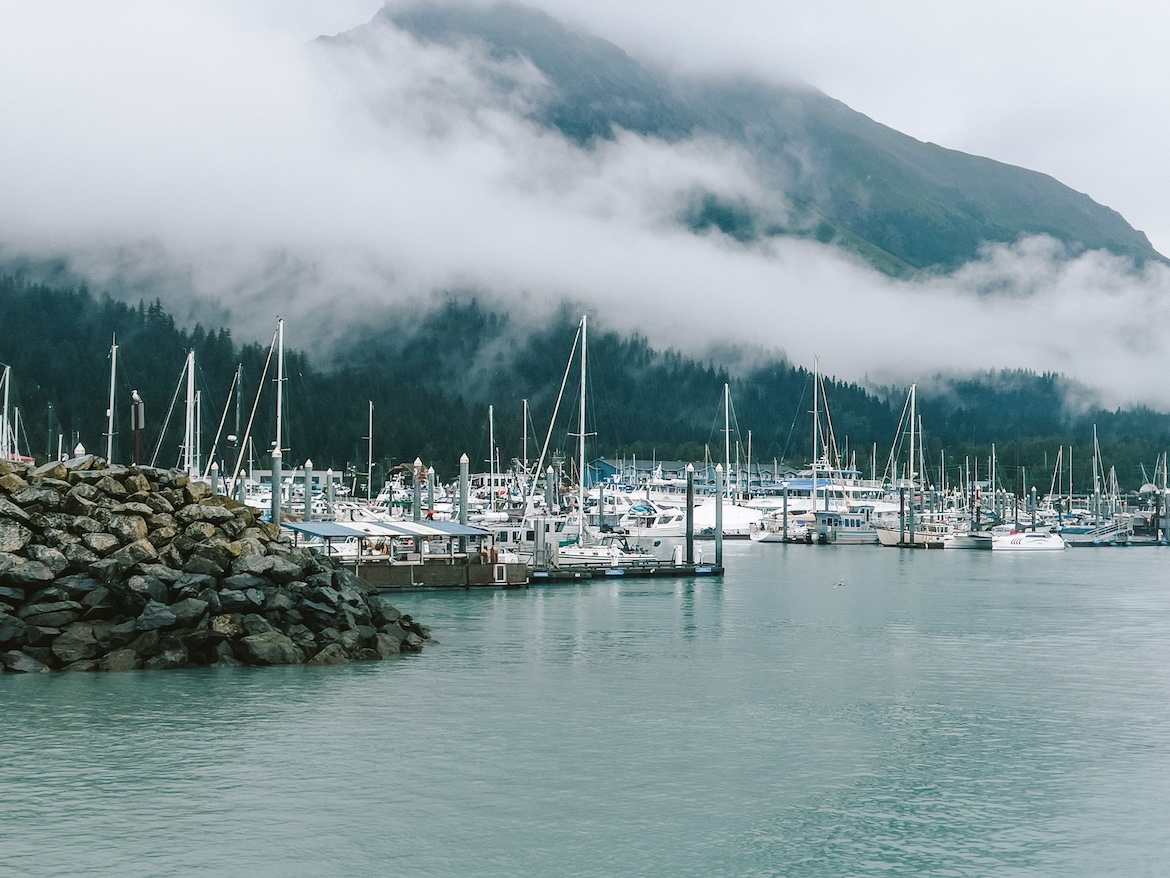 The harbour in Seward 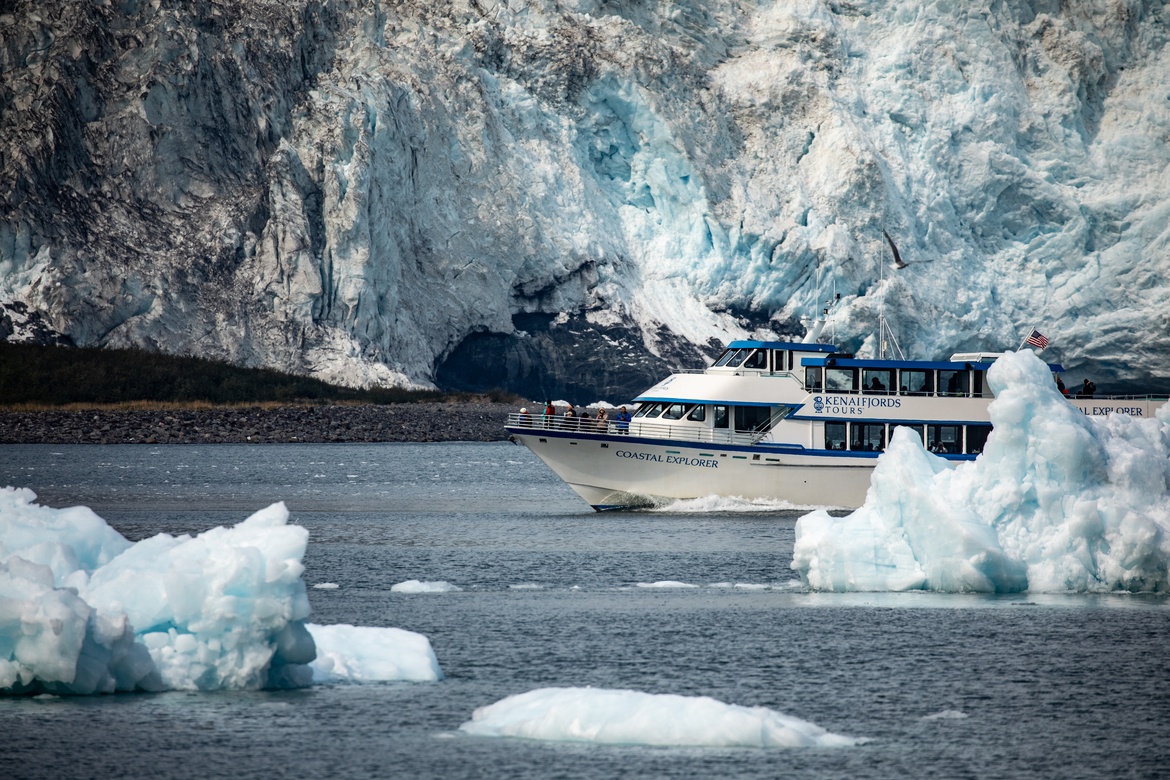 We headed out on a drizzly August morning, the rain creating an ethereal mood as fog clung to the surrounding mountains. The excitement started immediately, with a mighty bald eagle greeting us as the boat sailed out of the harbour into Resurrection Bay. 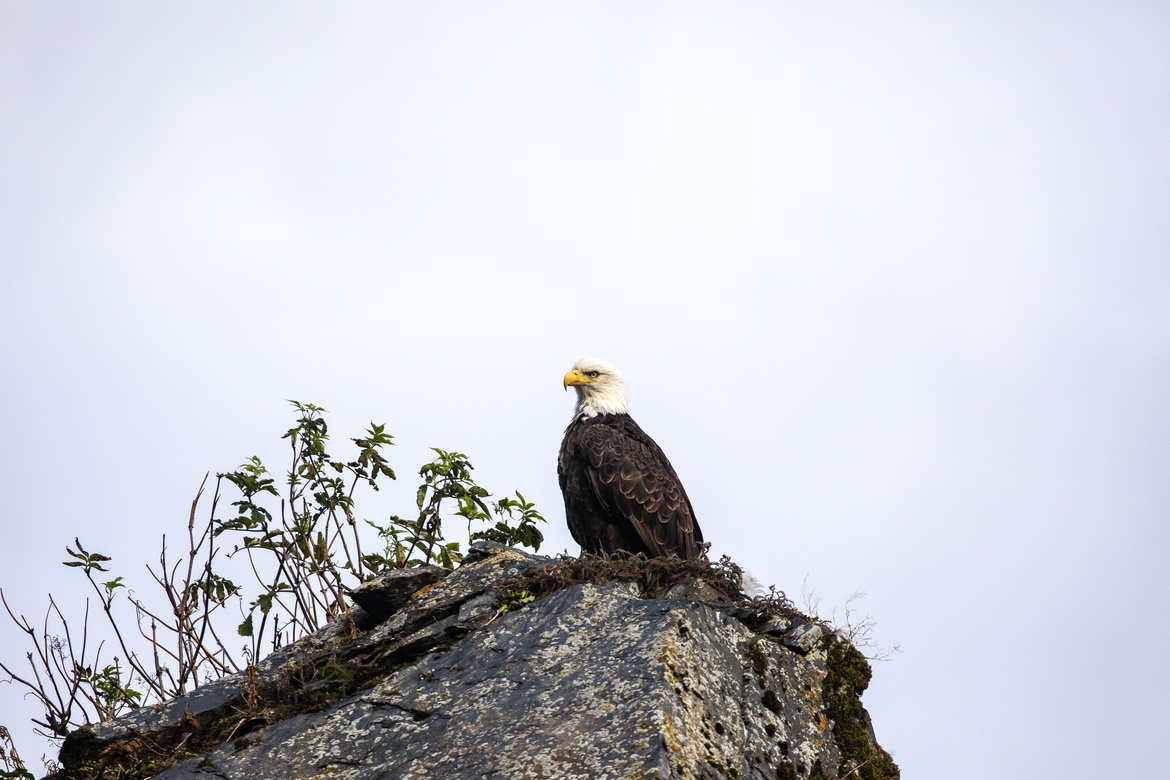 Making our way south through the peninsula toward Rugged and Hive Island, soaring coastal cliffs soon came into view. Our captain expertly tucked the large boat into a sheltered cove, giving everyone a glimpse of dozens of cormorants tucked into the rocks. 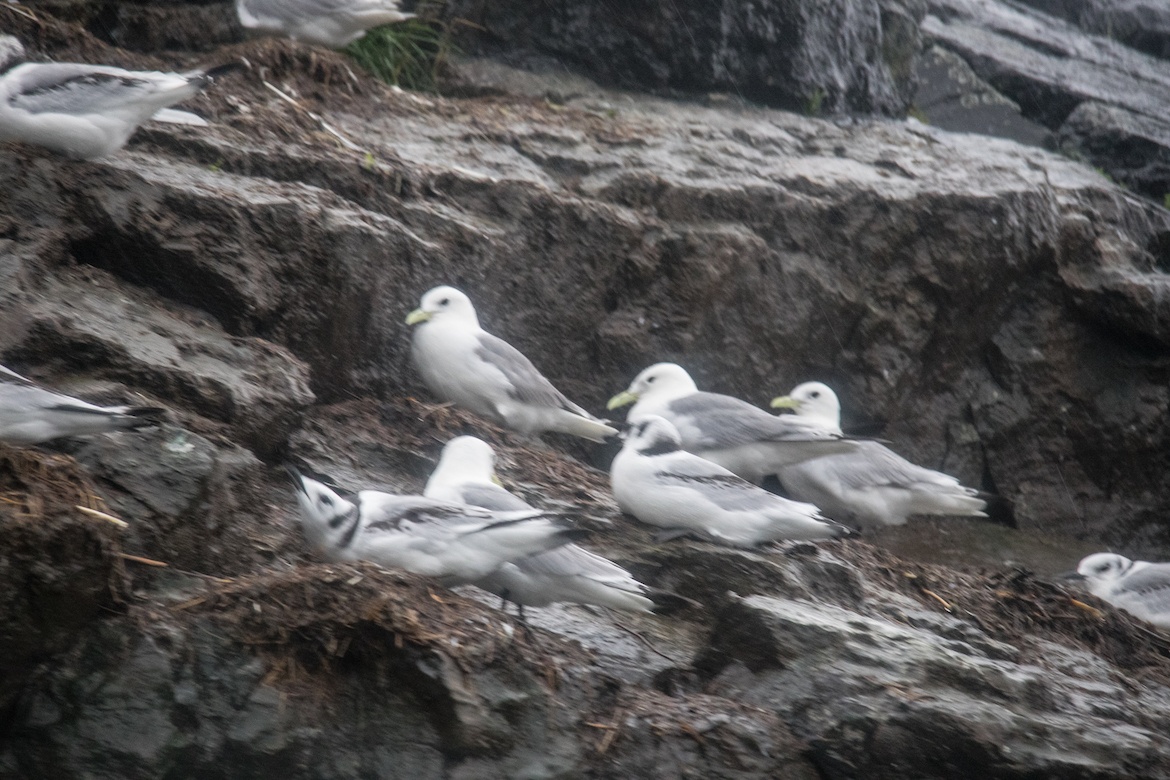 The mist lingering overhead added to the drama of the cascading waterfalls, where the 1000-foot wonders pummeled out of the rock faces into the water below. The spectacular scene goes on for multiple miles in these parts, making for an epic backdrop. 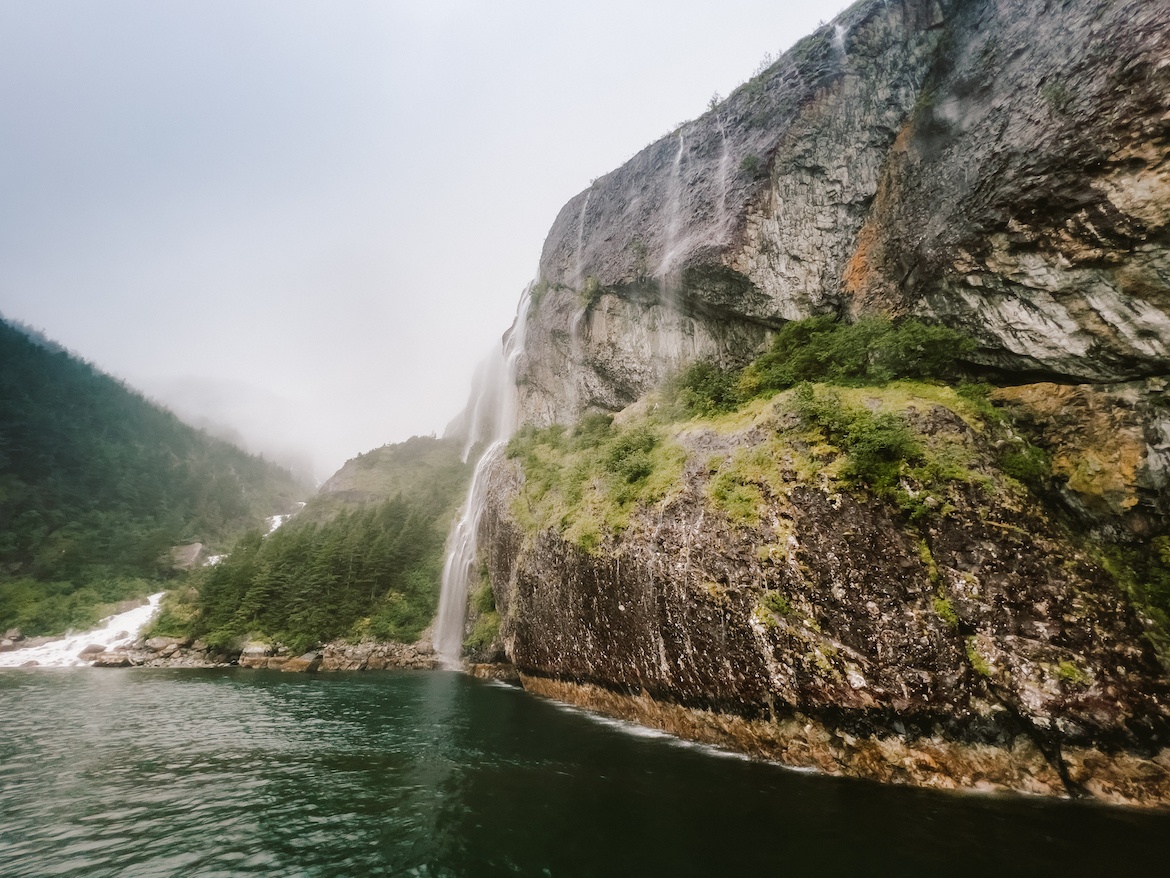 After a quick stop over at Fox Island to drop off a few guests who were lucky enough to be staying at the lodge overnight, we continued towards the Gulf of Alaska. Seals swam near the shoreline, adorable puffins floated in the waves, and Steller sea lions sprawled on the rocky outcrops. 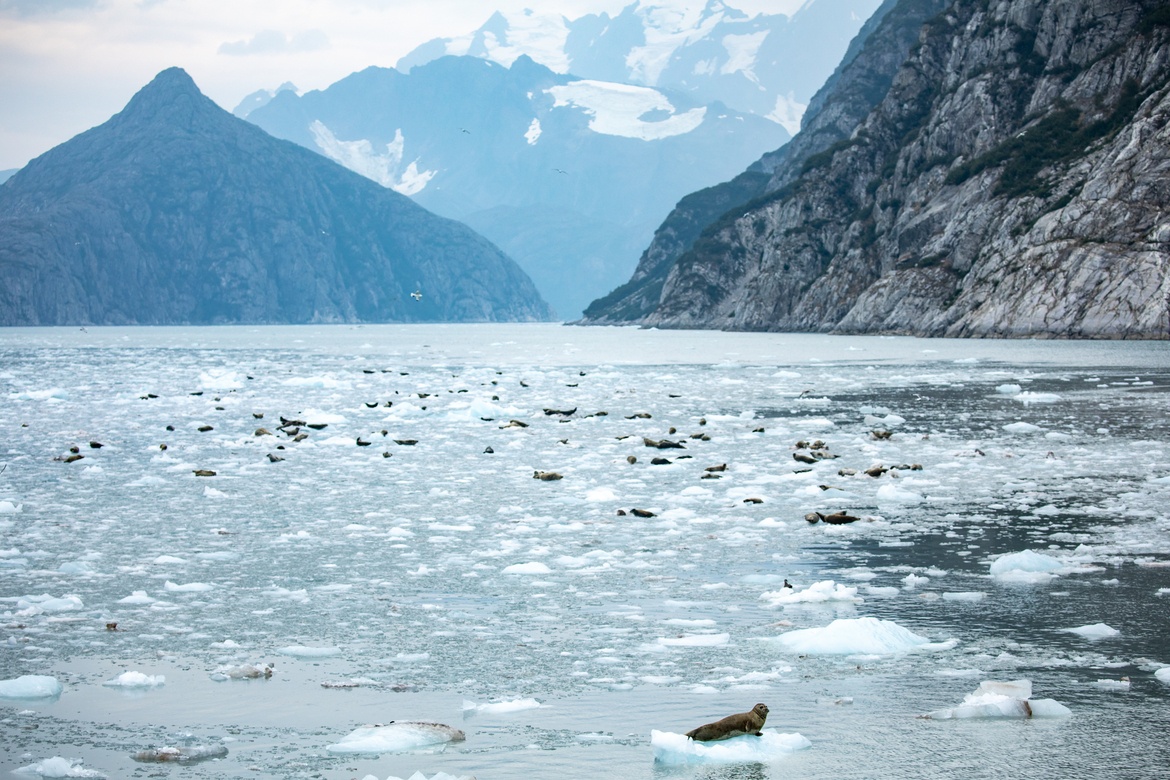 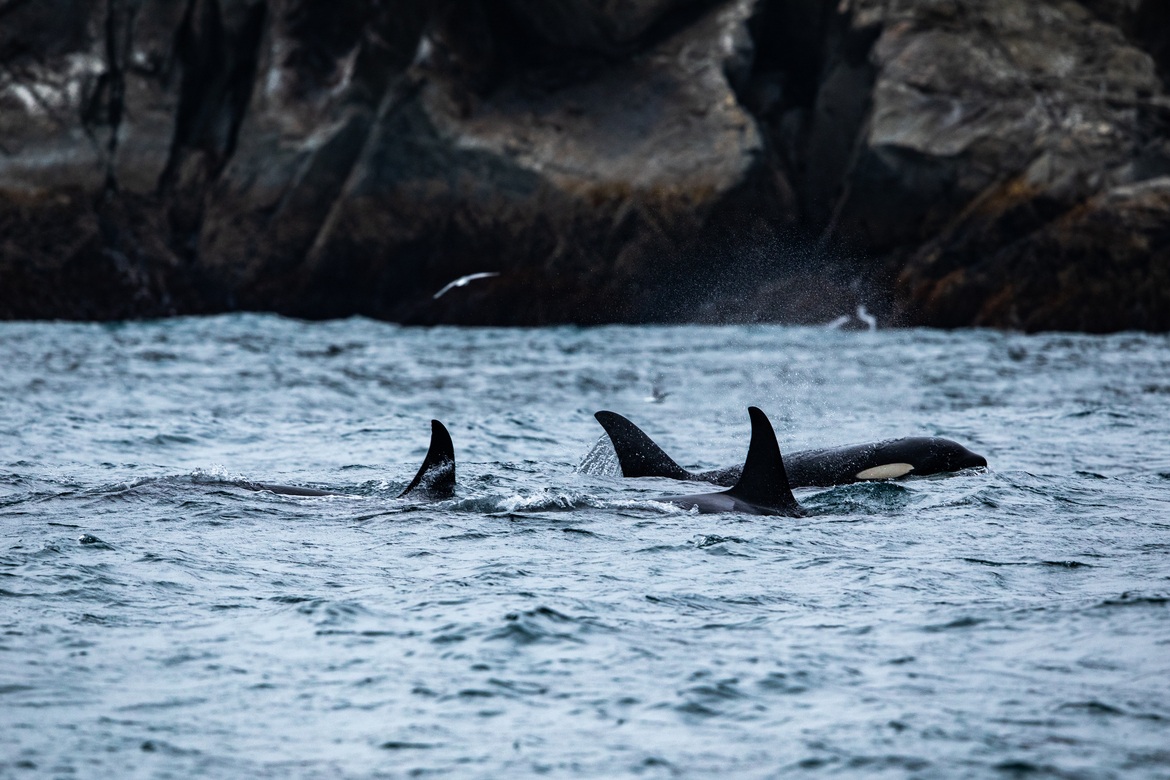 Orcas can be spotted in the national park. Courtesy of Pursuit

Despite the captain’s best efforts to get us through Mary’s Bay and over to the Northwestern Fjord, Mother Nature was not on our side that day and the massive waves proved to be too risky. With safety in mind, he turned us around and headed back along the Aialik Peninsula; little did we know, the best part was just beginning. 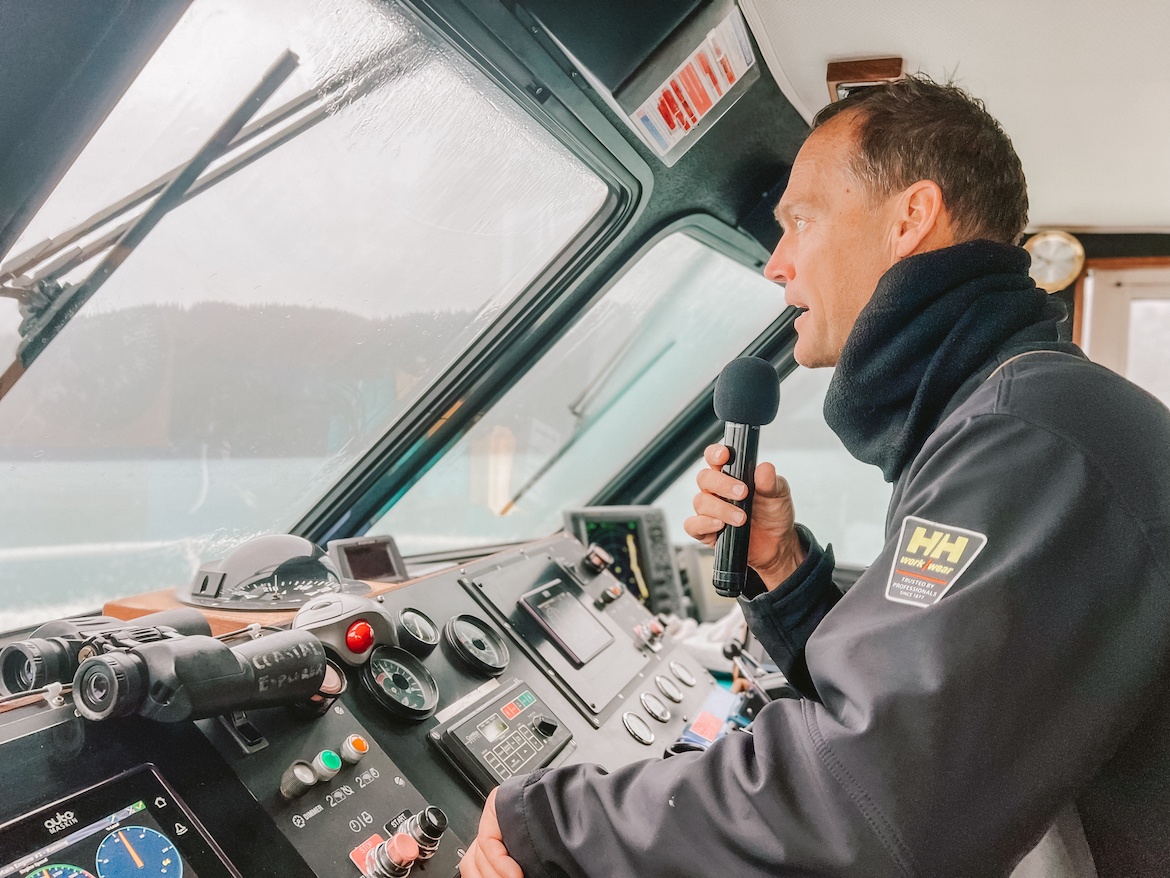 As we passed the Barrier Islands which help protect Seward during storms, the water beneath us turned glassy and the captain announced over the intercom that there was chatter over the radio about a whale spotting. I left the shelter of the boat and headed out onto the deck just in time to see the most incredible sight: a humpback whale bursting out of the ocean.

The scene repeated itself a few more times as the day drew to a close, and was the perfect way to end our Kenai Fjords tour which is undoubtedly one of the best things to do in Seward, Alaska. 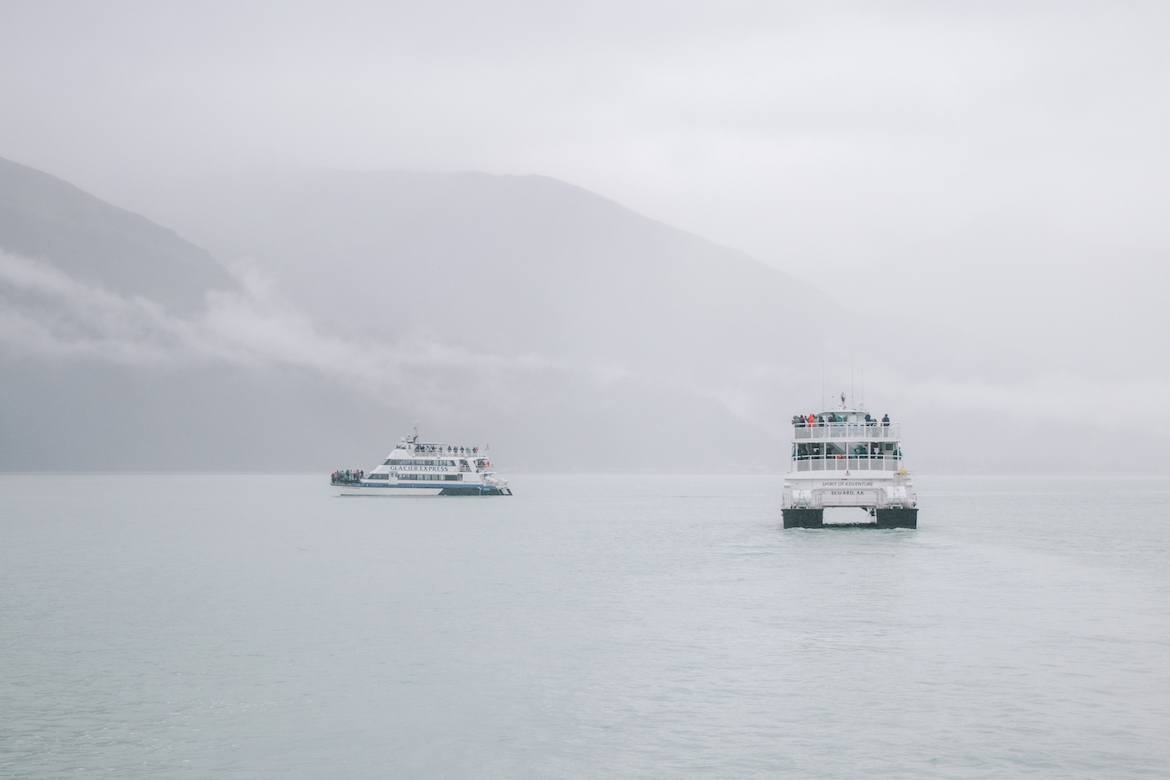 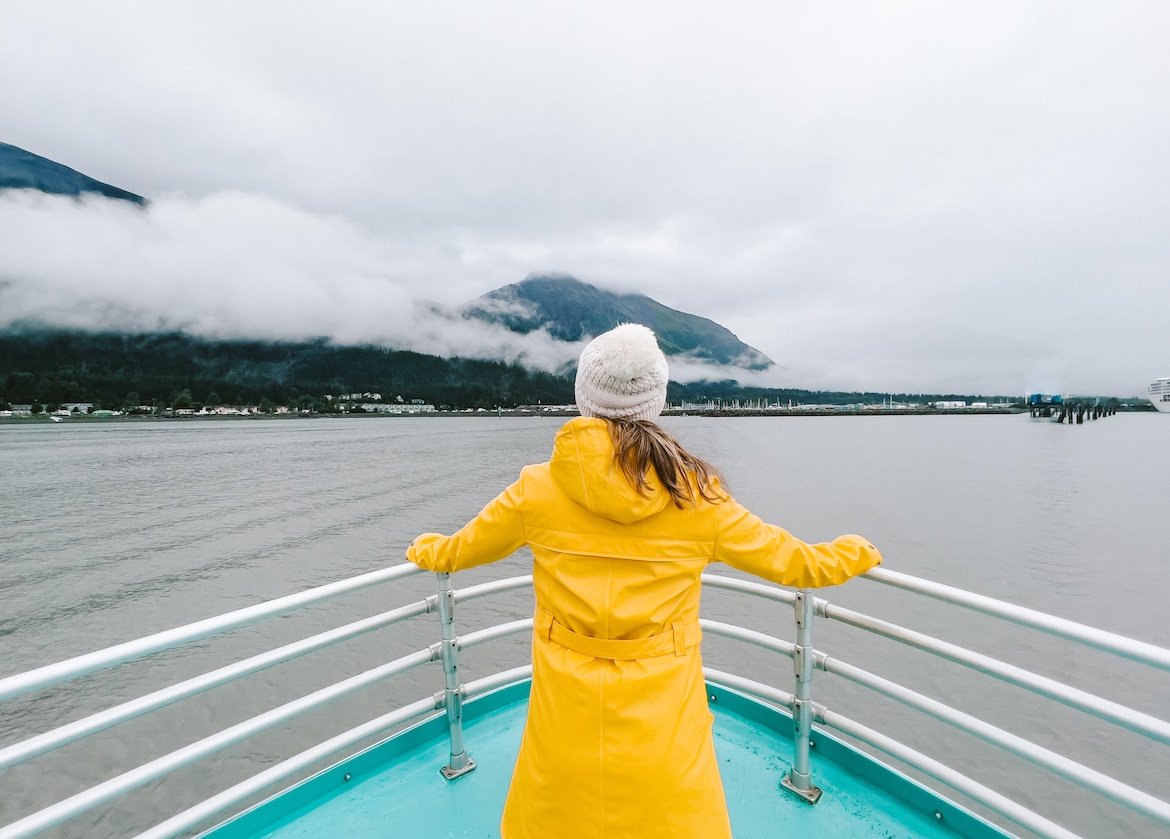 Kenai Fjords Tours operates from May to September, and tours include lunch and/or dinner. Package rates are also available through Pursuit that include the excursion, transfers and a room at Windsong Lodge.

READ MORE: Why Windsong Lodge is one of the best Seward Alaska lodges 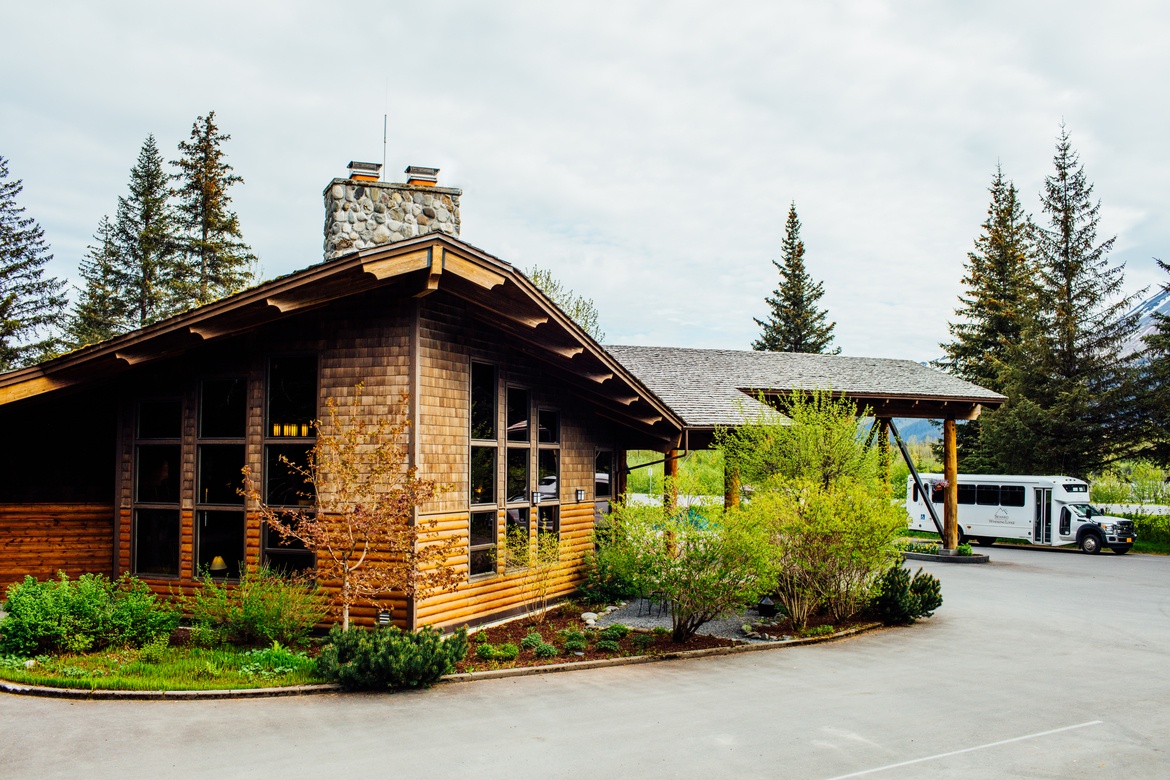 The National Park Tour & Fox Island package is the most popular full-day adventure as it includes highlights like breathtaking glaciers, towering waterfalls and dinner on Fox Island.

The Northwestern Fjord Tour goes the farthest which means a chance to see both tidewater and alpine glaciers, and those who find themselves in Seward from March to May can book the Gray Whale Watch tour to witness the annual migration. 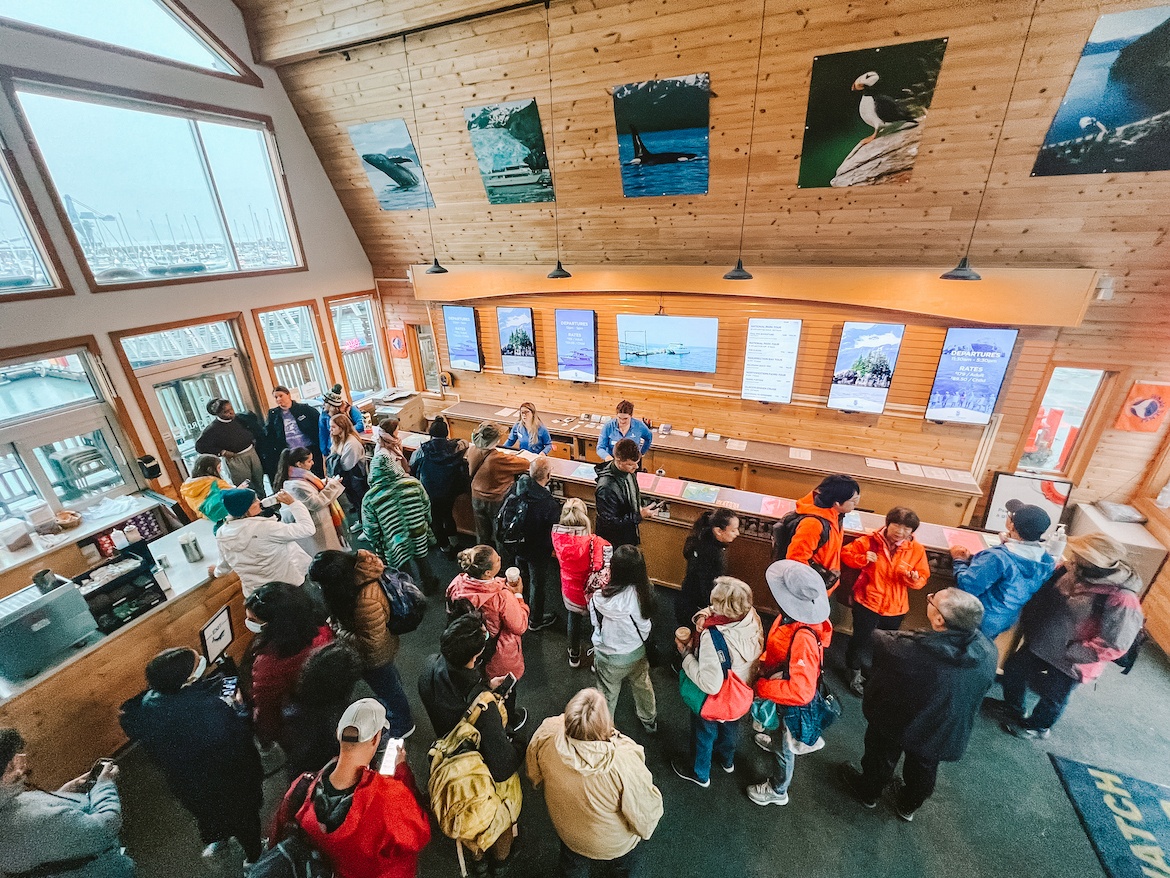 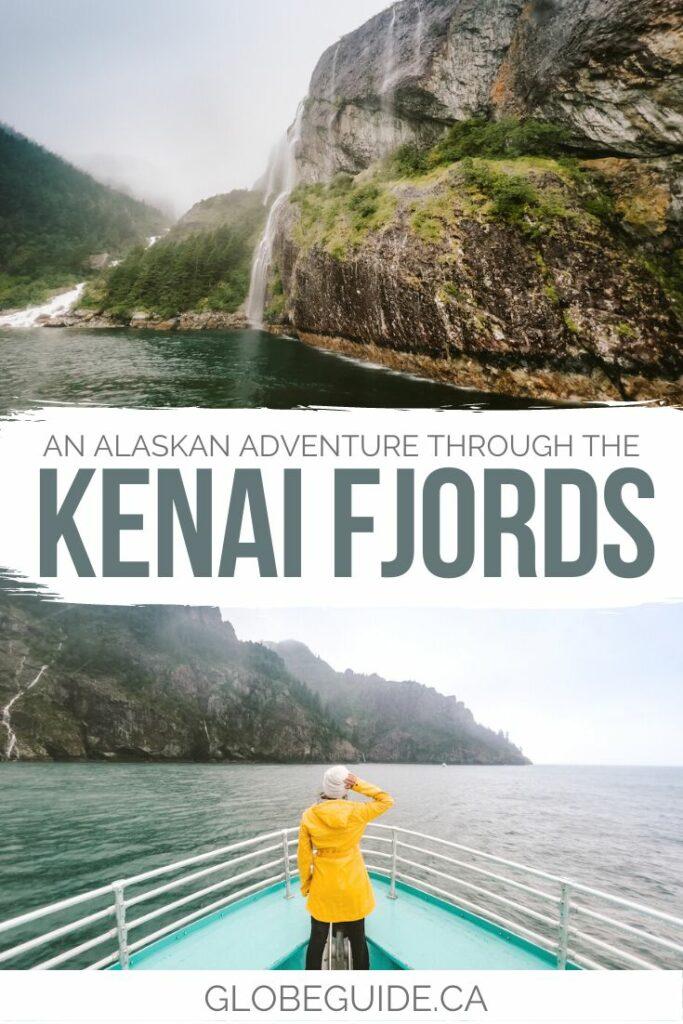 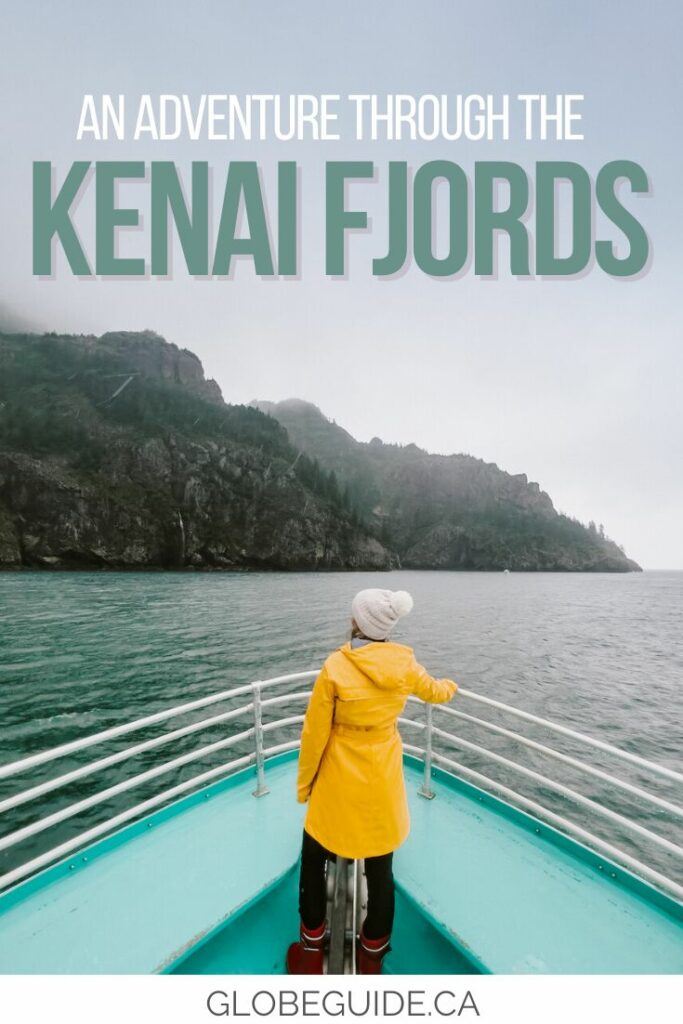 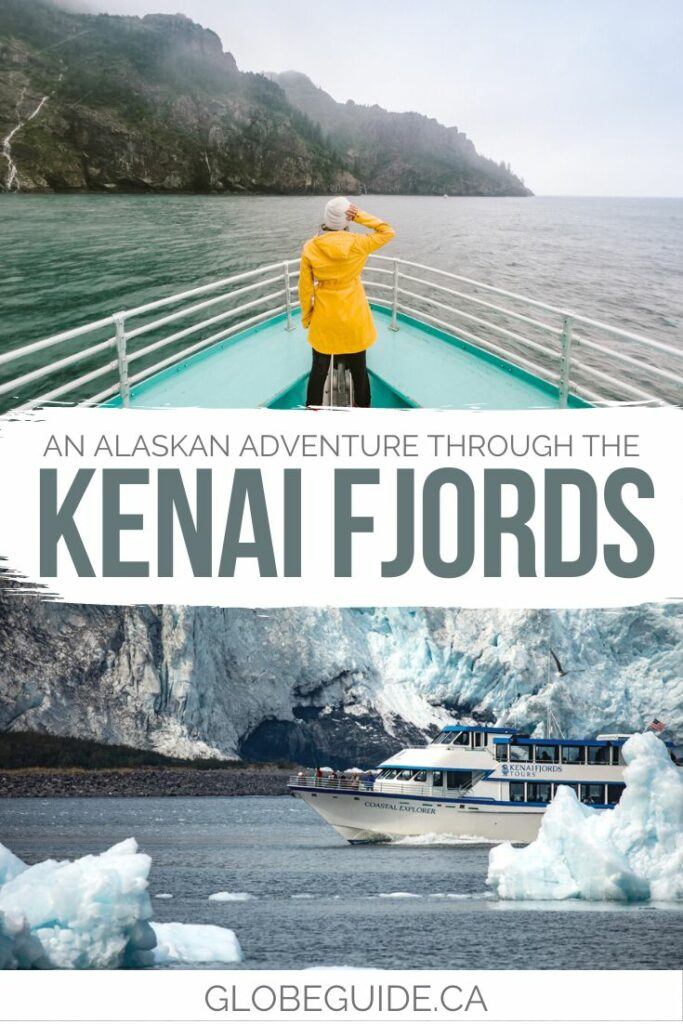