Finding Frigatebirds on North Seymour Island in the Galapagos 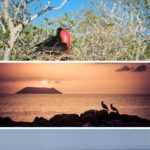 He was a perfect contrast to the stark landscape. As we quietly navigated a twisting dirt path through barren North Seymour Island in the Galapagos, we saw a bright flash of red peeking out through the otherwise brown, twiggy trees. Then suddenly, there he was there in full form: the Magnificent Frigatebird. 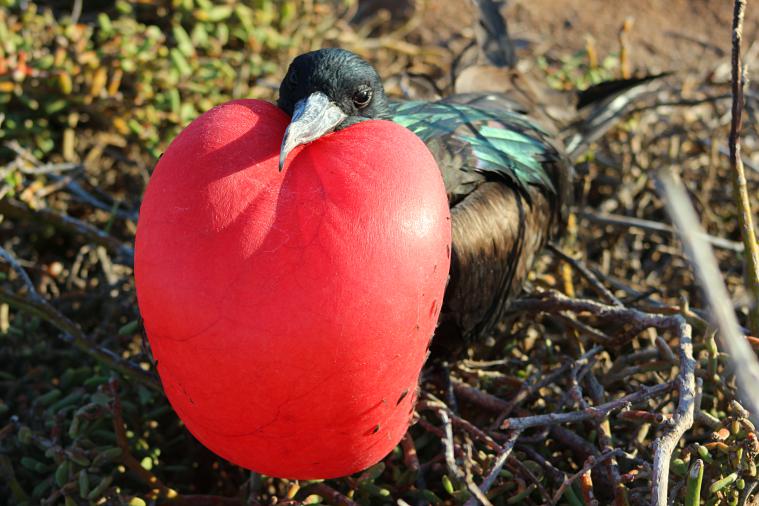 An endemic subspecies of the Galapagos Islands, the Magnificent Frigatebird is famous for its unique mating ritual. To attract females, the male birds puff out their vibrant red throat pouch, a phenomenon which looks similar to blowing up a balloon.

If the female is interested she’ll land next to the male, who then spreads his huge wings around her. It’s also easy to tell once a male has partnered up, as his pouch deflates and looks exactly like a deflated balloon. 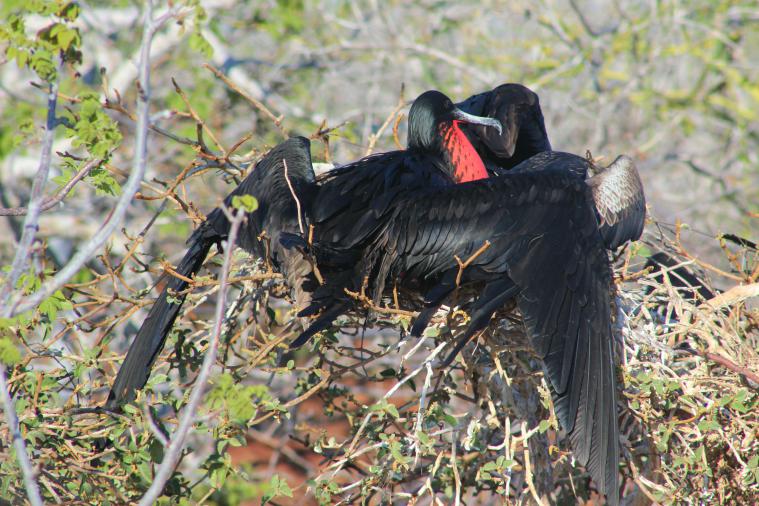 Most of our time on peaceful North Seymour was spent staring in awe at the Frigatebirds. However, we did get distracted when a tiny short-eared owl was spotted under a shaded bush, quietly keeping an eye on us intruders.

Despite his size, he was a mean little guy: as we continued along the footpaths we spotted numerous dead birds, and our naturalist told us the hungry owl and his sharp talons were to blame. 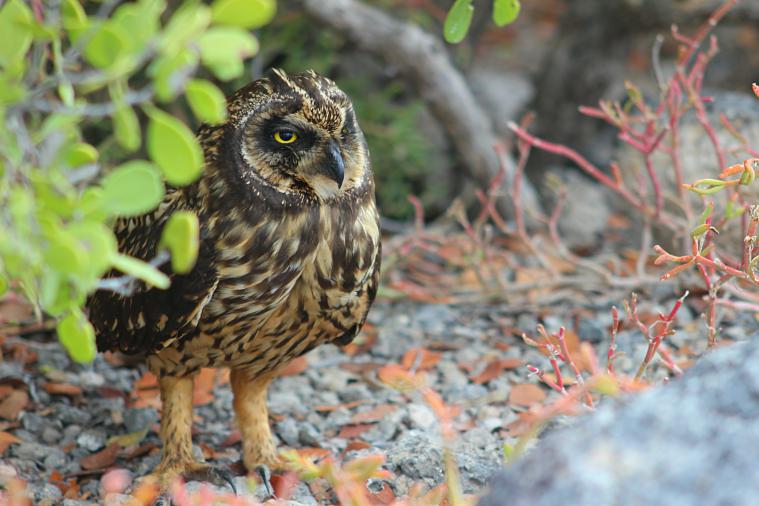 Continuing along the pathway lined with bright red, yellow and green foliage, we came to a sudden stop when we noticed another scene you’ll only find in the Galapagos: the blue-footed boobies doing their mating dance. We parked ourselves on some rocks and watched, spellbound, as two male boobies tried to woo a female booby—lucky gal!

Eventually tearing ourselves away (we never did see who she picked) we ended up back near a sandy beach and were treated to a spectacular sight: huge, crashing, rolling waves offset by a stunning sunset. 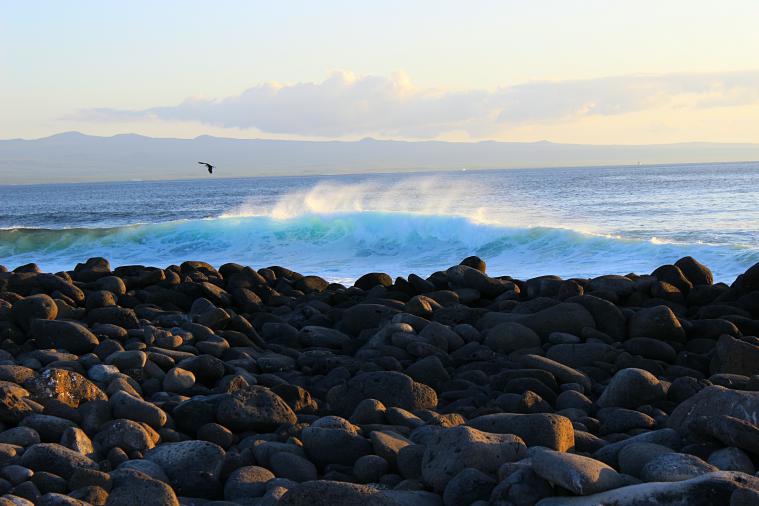 The sounds of the playful, body-surfing sea lions guided us back to our boat, but before boarding we took advantage of the perfect light to snap some last-minute shots. 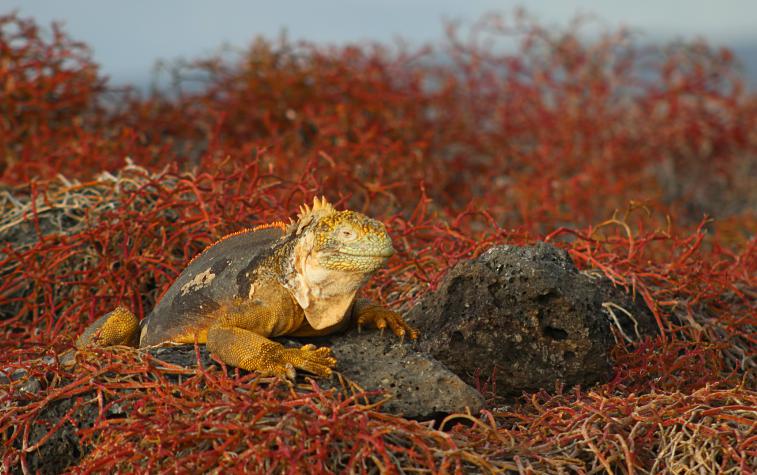 The golden glow from the setting sun highlighted the land iguanas lazily sprawled out on the rocks, and the landscape was dotted with huge prickly pear cacti. Our foray onto serene, untouched North Seymour island was the perfect place to enjoy our last night in the unforgettable Galapagos Islands. 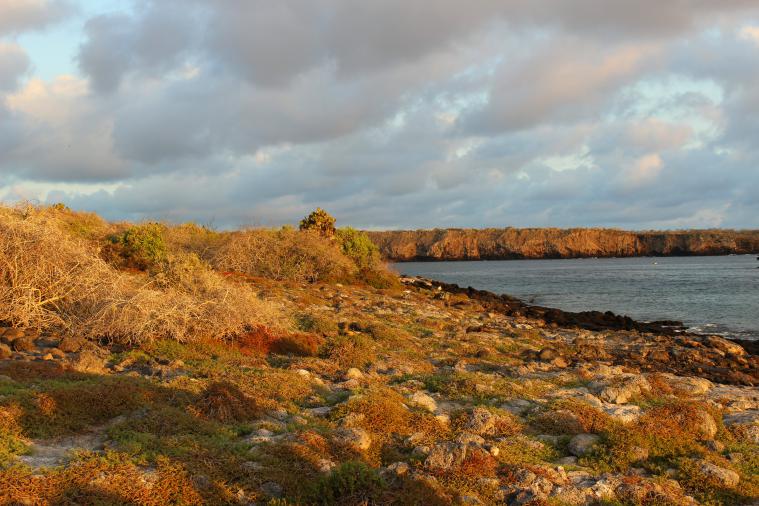 To see the Frigatebirds during mating season, visit between March and June. The best way to do it is on a Galapagos Islands cruise like this one, which includes stops at multiple islands over the course of a week. It’s also possible to book a North Seymour Island day tour from Santa Cruz, which typically includes a snorkel stop and time to relax on Las Bachas beach. Click here to book 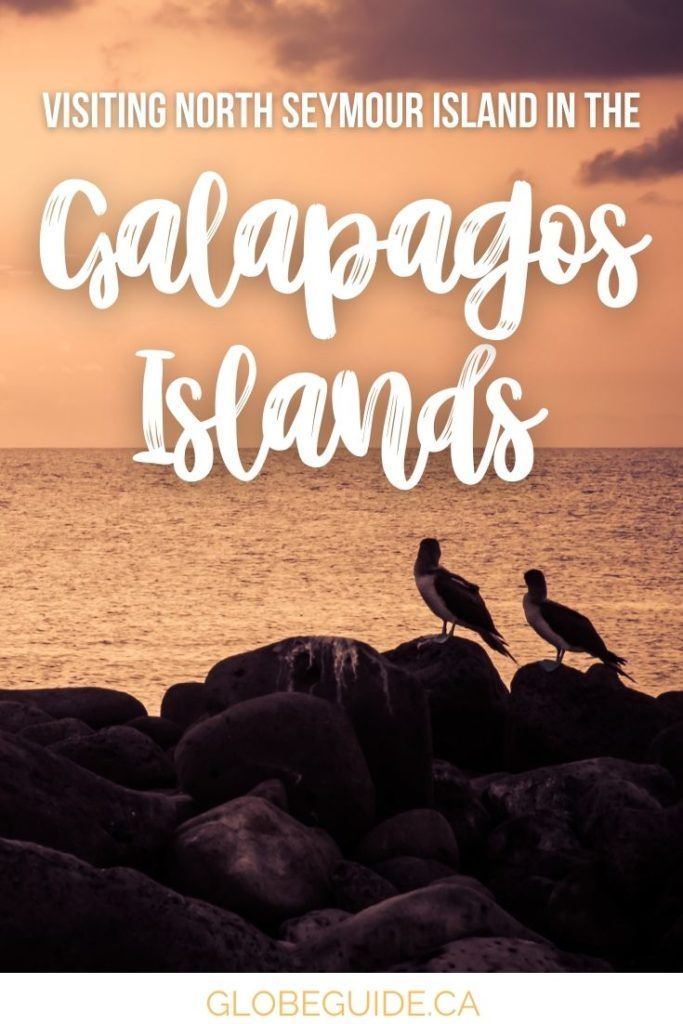 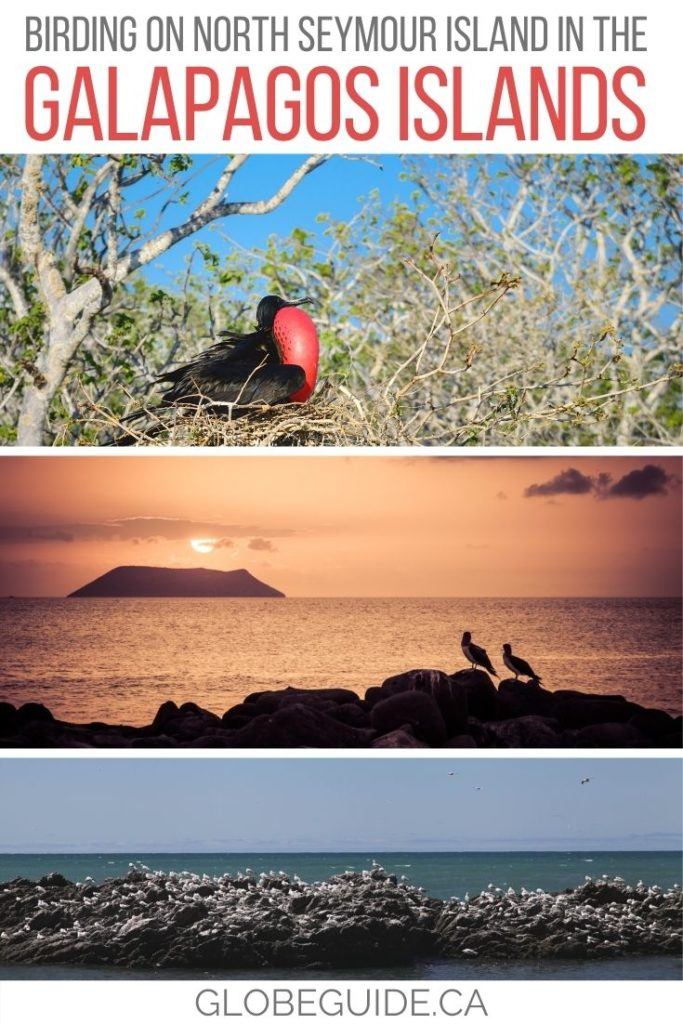 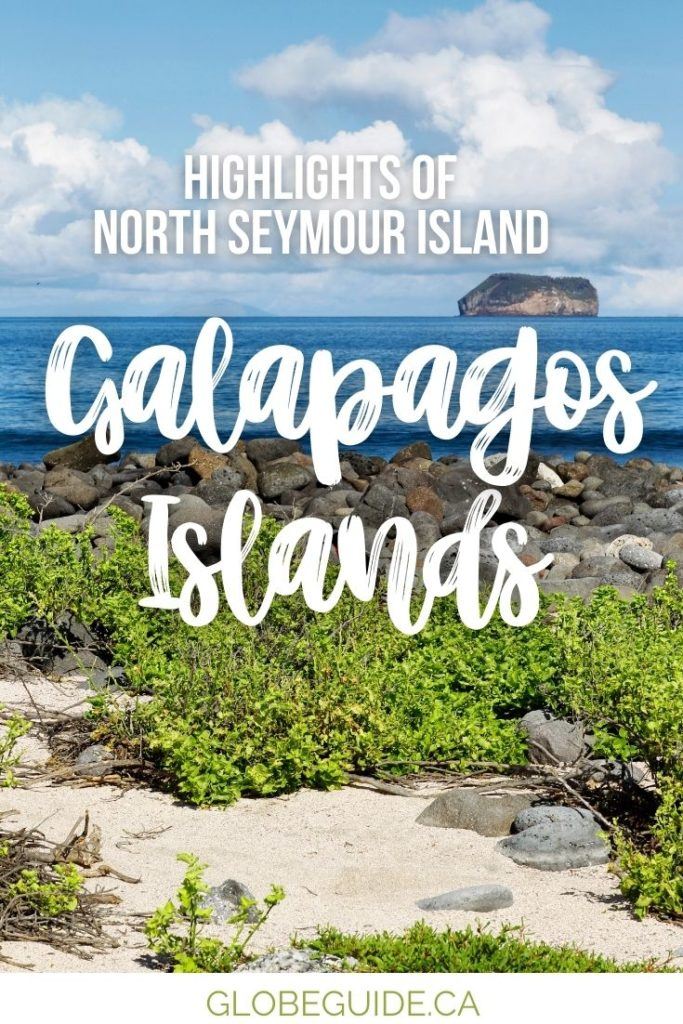