One day in Dubrovnik: The perfect itinerary to make the most of your visit 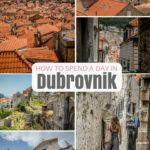 It may be Mecca for Game of Thrones fans, but Dubrovnik, Croatia has plenty more to offer visitors than its towering city walls. 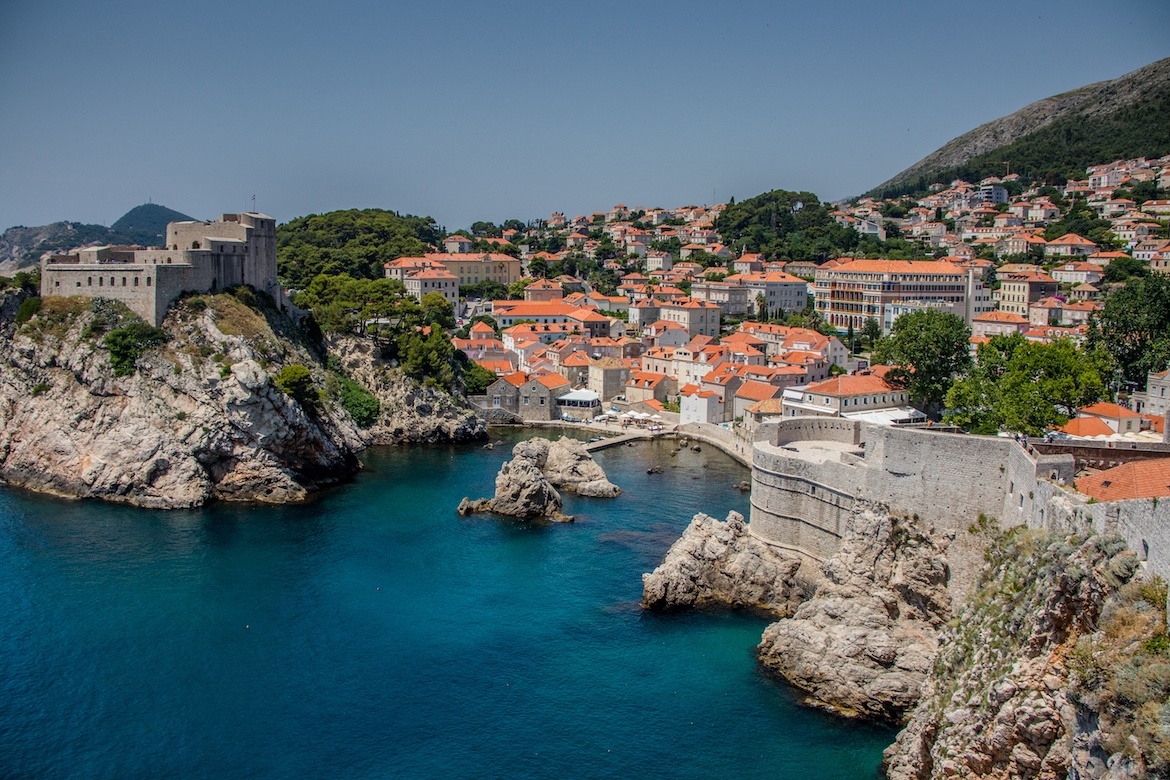 With a pretty perch on the Dalmatian Coast along the sparkling Adriatic Sea, hidden laneways that wind through the top of the old town and ridiculously scenic viewpoints at seemingly every turn, it’s no wonder the historic city is the country’s most-visited spot and particularly popular with the day-tripping cruise crowd.

Here’s how to spend a day in Dubrovnik, which is a must-do on every Croatia itinerary. 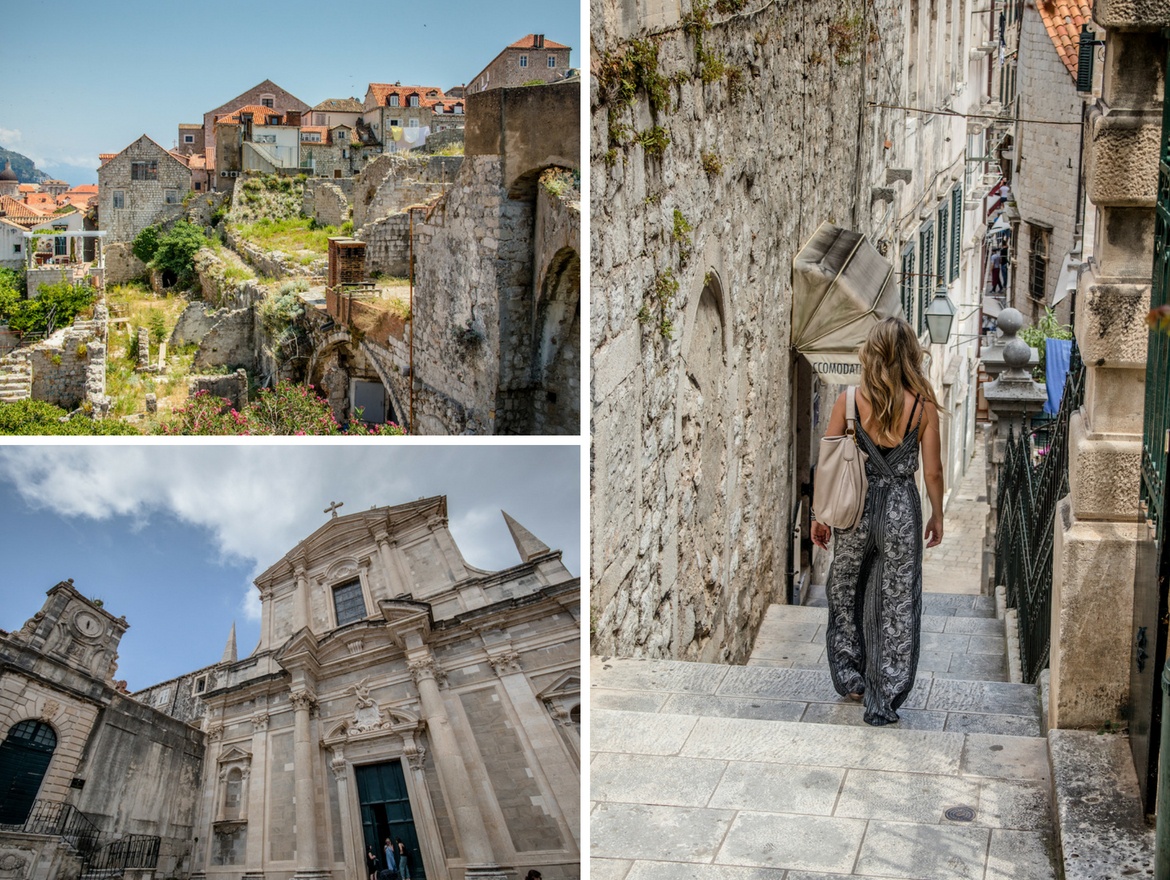 This Dubrovnik itinerary starts bright and early by exploring the walls of Dubrovnik first thing in the morning. Getting a head start to the day means beating the crowds, as well as avoiding the searing heat of the afternoon sun—there isn’t much shade along the exposed walls, after all.

Depending on the season the walls open at 8 or 9 a.m., and tickets can be purchased at the main entrance which is near the Pile Gate (also the busiest spot), and there are also access points from the Maritime Museum and Ploče Gate. 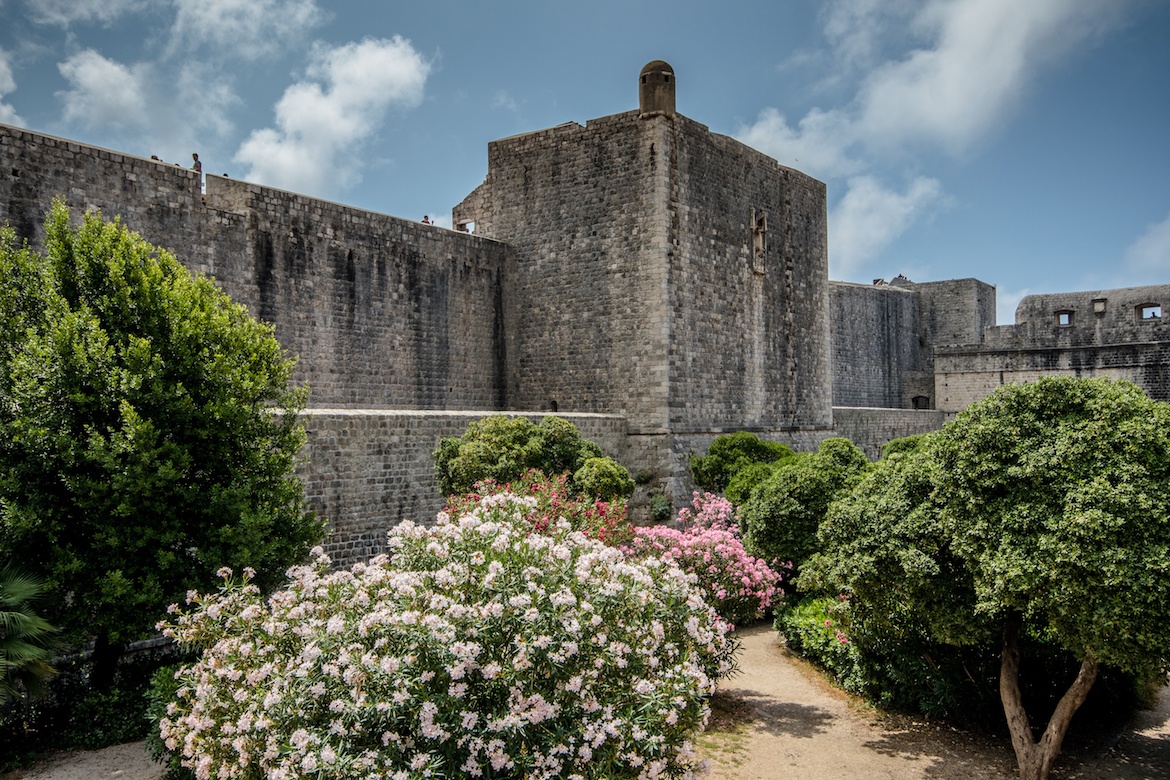 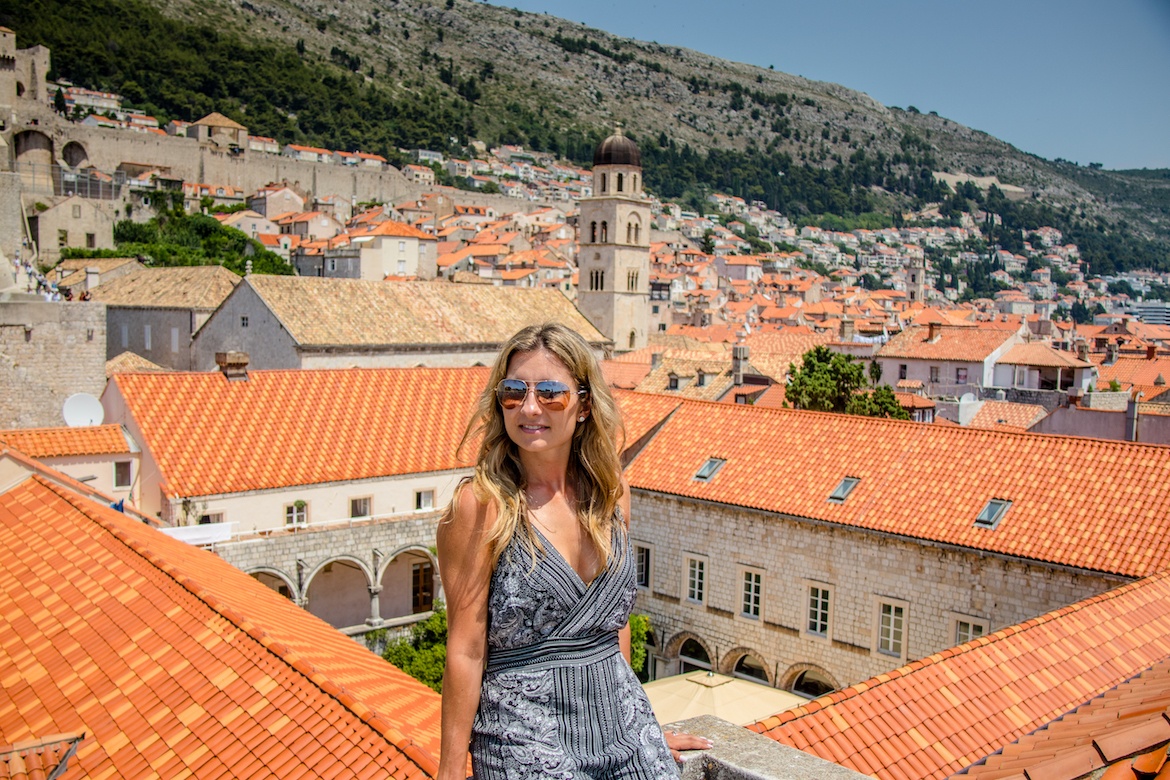 The walls have fortified Dubrovnik since going up in the 9th century, and over the years additional forts were added to ward off potential threats. It takes about two hours to walk the entirety of the walls which are about two kilometres long, and with some soaring up to 25 metres high the vantage points are sublime.

Visitors will marvel at towering King’s Landing which clings to the coastline, the sea of orange terracotta rooftops (many of which had to be replaced after being badly damaged by shelling during the war in the 90s), and cheer as thrill-seekers plunge off the rocky cliff sides to cool off in the water below. Some people underestimate just how challenging the walk around the walls is (particularly in scorching summer heat) so it’s important to pace yourself and allow for time to stop at one of the cafes perched along the route to refuel with an espresso or sweet gelato. 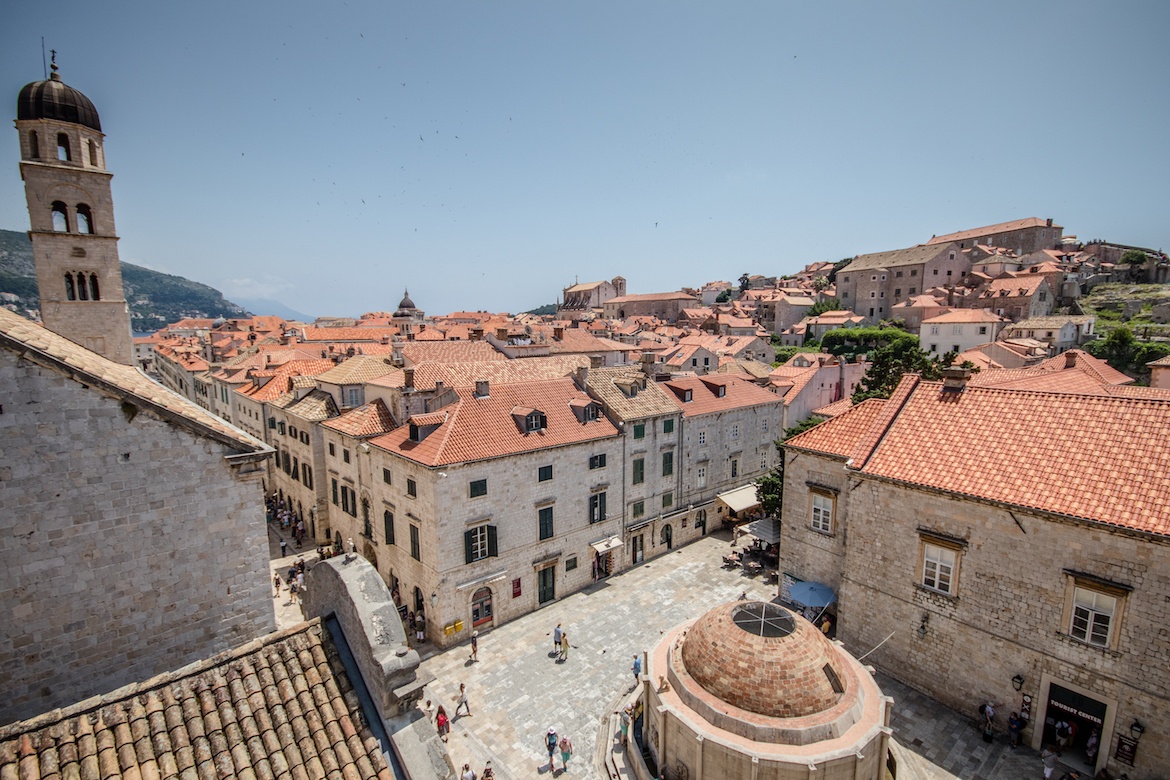 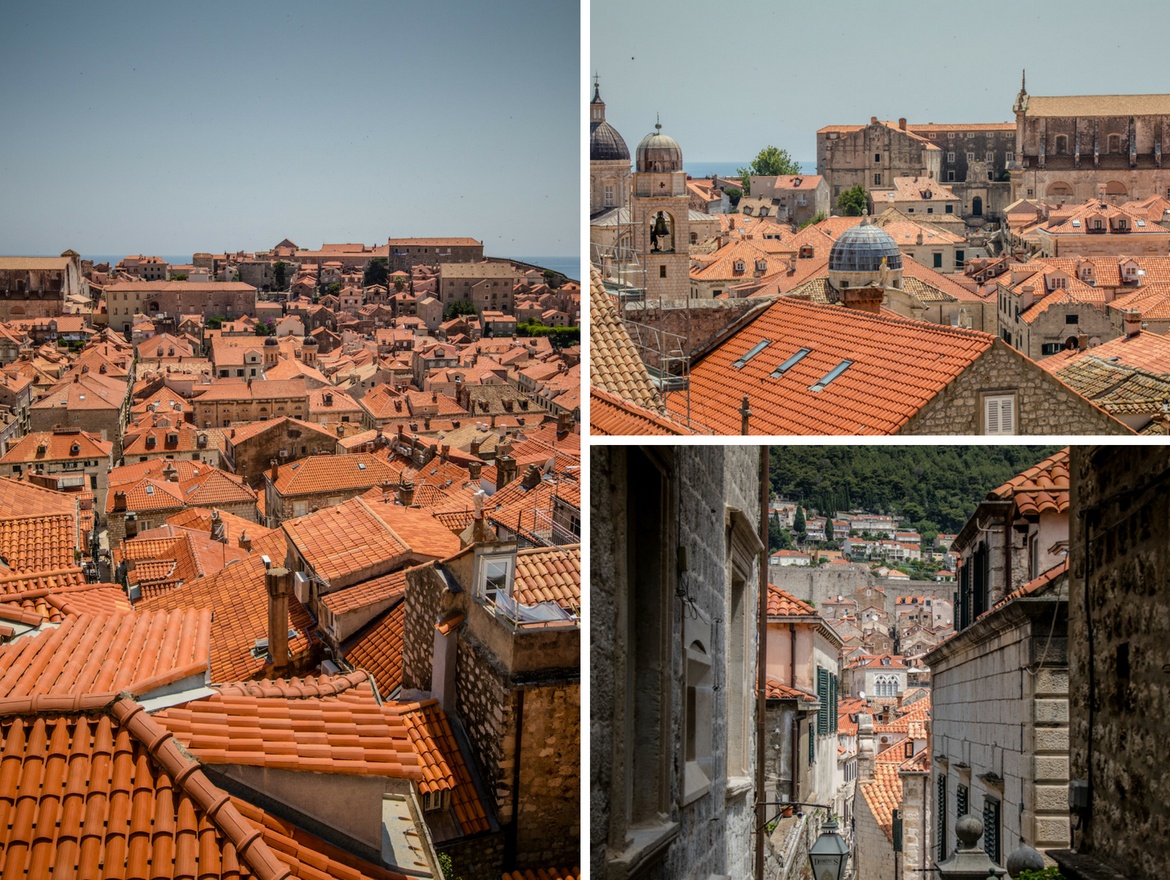 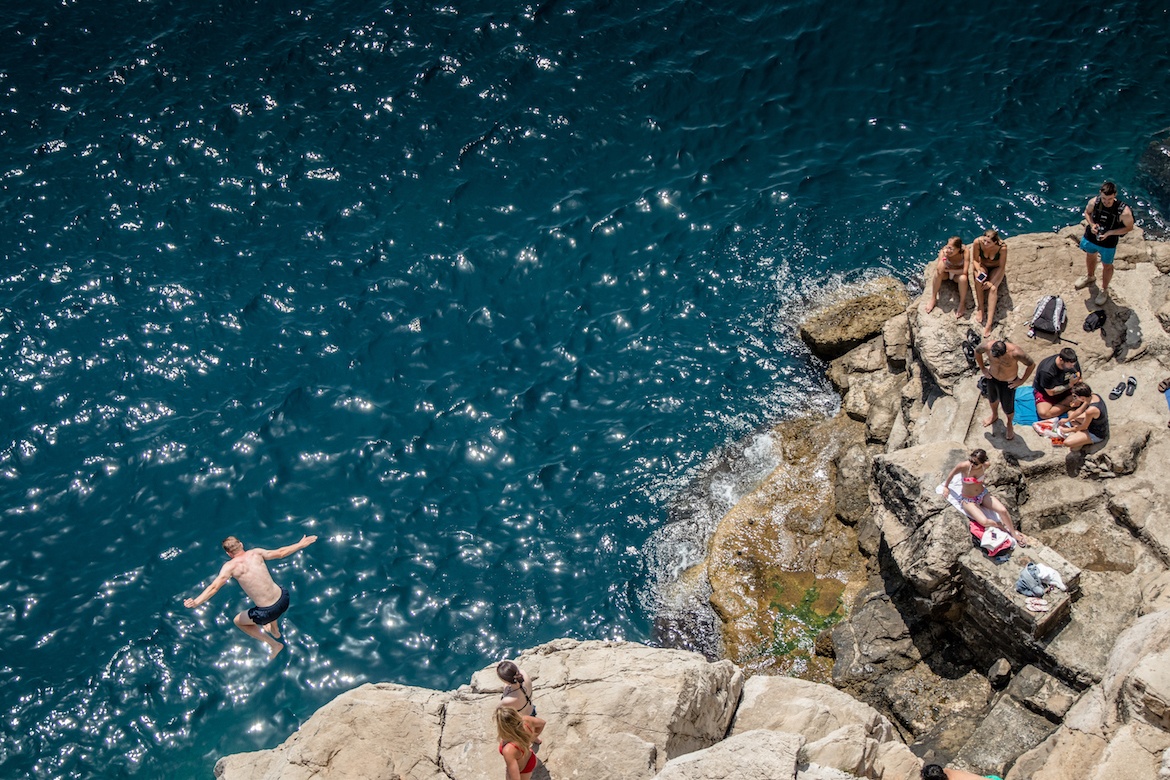 Cooling off in Dubrovnik

Fans of the popular Game of Thrones series will want to book a guided tour of locations where the show was filmed, such as Pile Gate where King Joffrey faced a citizens’ riot, and the Lovrijenac Fortress where the unsuccessful Battle of Blackwater took place. Traversing parts of the old city, tours take about two hours and are sometimes even led by people who worked as extras or stand-ins during filming. 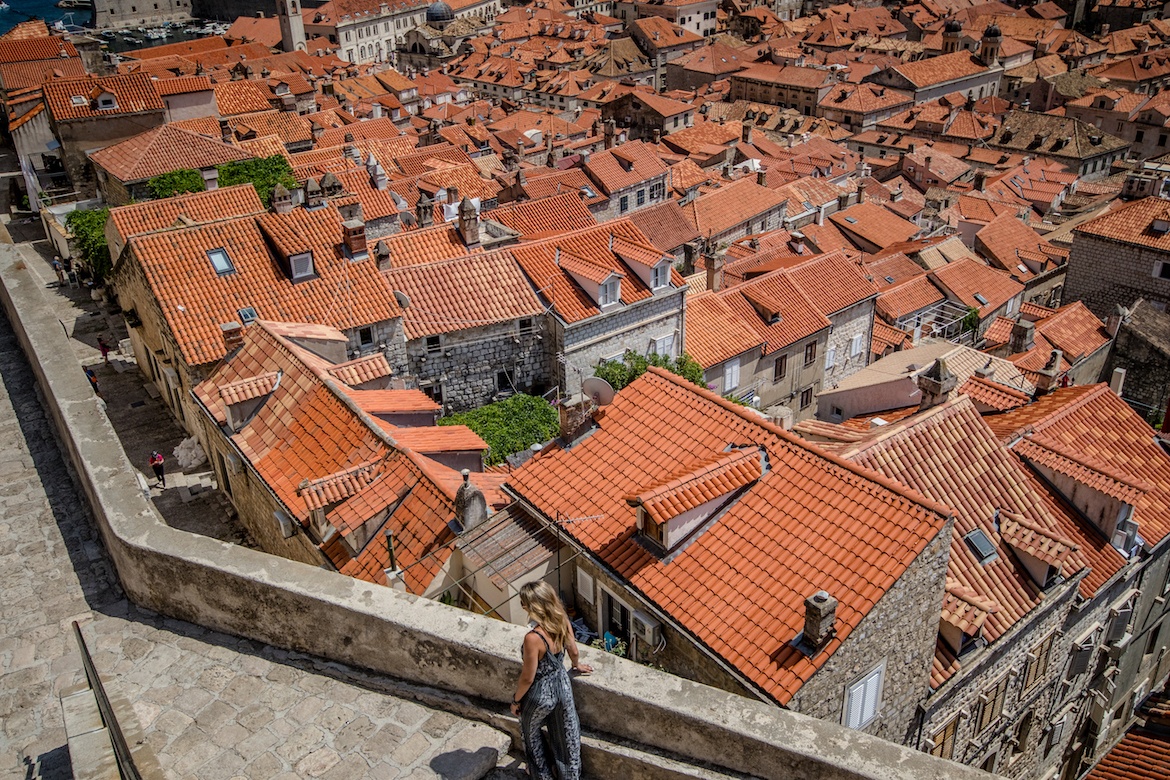 Those looking for a more active excursion should head to the shore near Pile Gate and hit the water for a Dubrovnik sea kayaking adventure. These three-hour tours include a chance to kayak around the medieval city to see it from a different perspective, paddle over to lush Lokrum Island, and explore hidden caves. There’s also time to cool off by snorkeling in the Adriatic’s azure water or soak up the sun on a quiet beach, making it easy to see why kayaking is considered one of the best Dubrovnik tours. 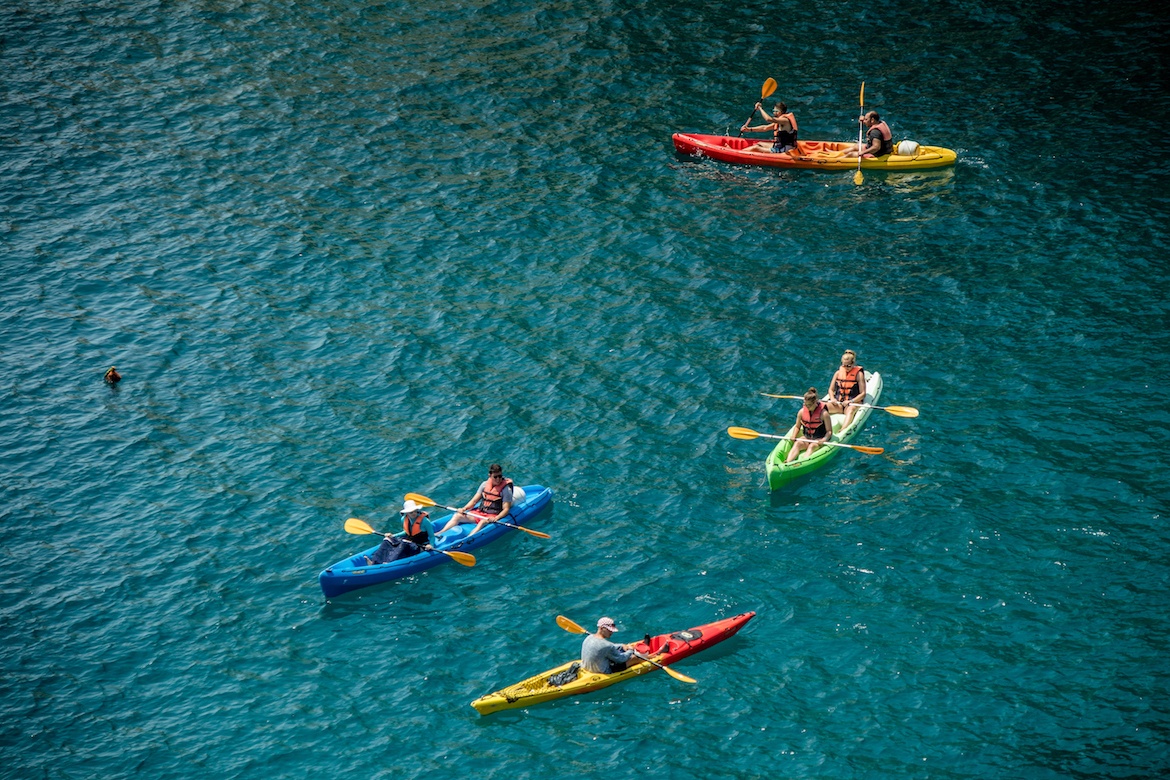 After grabbing lunch in the old town, escape the hustle and bustle of the city by heading to Lokrum Island. Despite being just a 10 minute boat ride from the harbour, it feels a world away from Dubrovnik thanks to its secluded coves, groves of olive trees, and quiet, shaded walking paths frequented by the likes of cute bunnies and majestic peacocks. 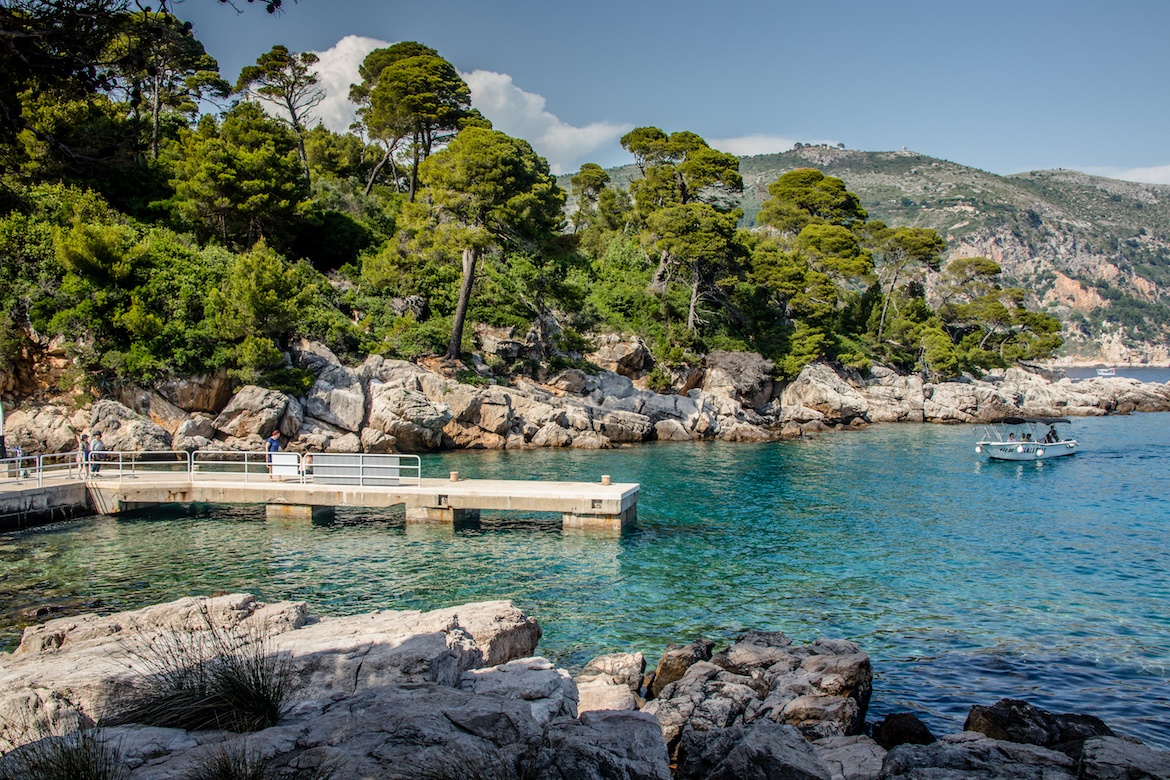 Visitors can walk around the entire island in a couple hours, or slip on a swimsuit and plant themselves in the dazzling Bay of Portoč for what’s guaranteed to be a relaxing afternoon. Other highlights of Lokrum Island include the lush botanical gardens, floating in the so-called ‘Dead Sea’ or exploring the aptly-named ‘Rocks’ where huge boulders serve as a makeshift beach. 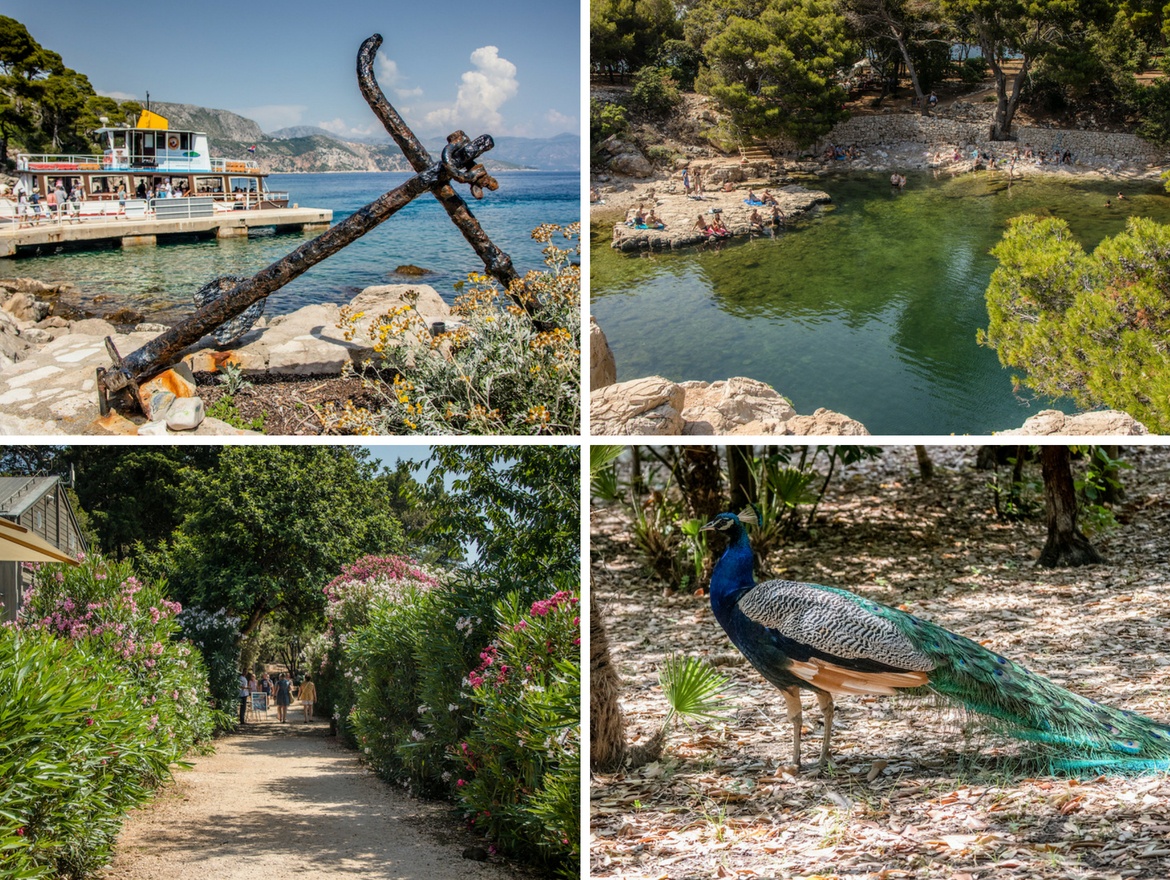 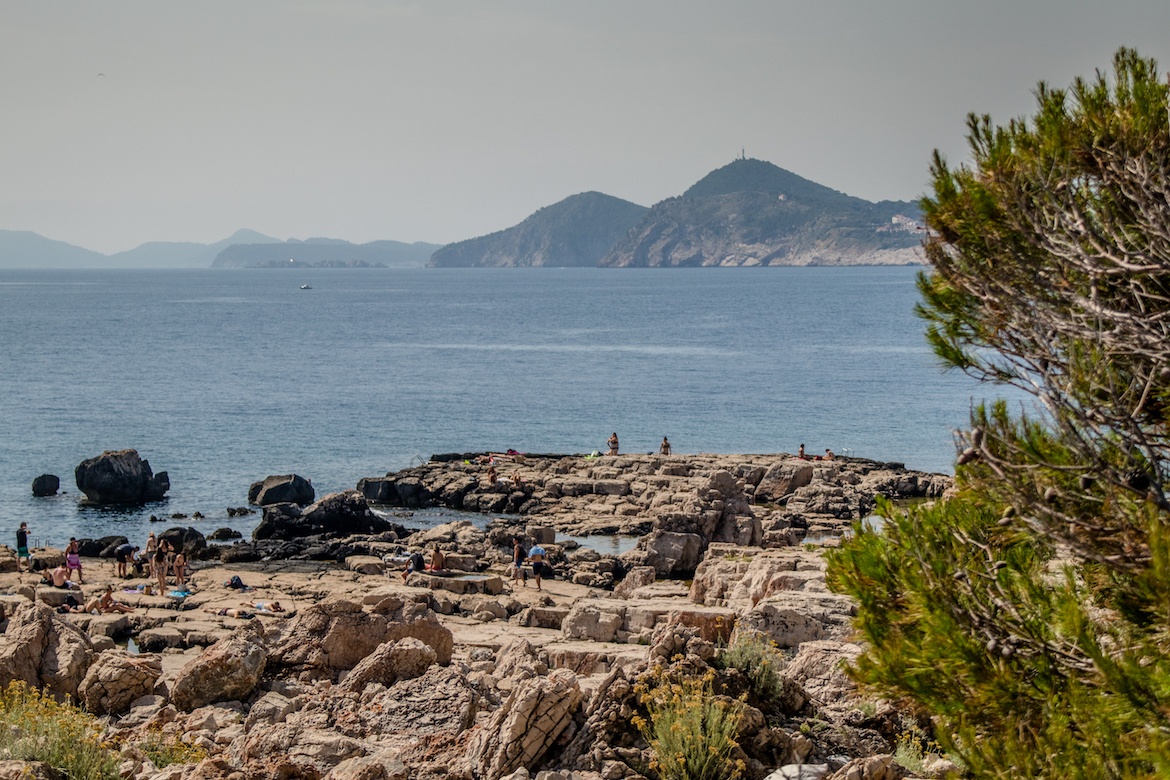 The views from the old walls are spectacular, but they still can’t match the breathtaking vistas enjoyed from the top of Srd Hill, which looks down over the city. While it’s possible to walk up to the top, a much easier option is to take the Dubrovnik cable car. It only takes a few minutes to ride up to the top, where guests are dropped off on a panoramic viewing platform for a birds-eye view that stretches for miles.

Timing a visit with sunset means glorious photo-ops of the city bathed in a rose-hued or golden glow, and is the perfect way to end a fun-filled day in Dubrovnik. 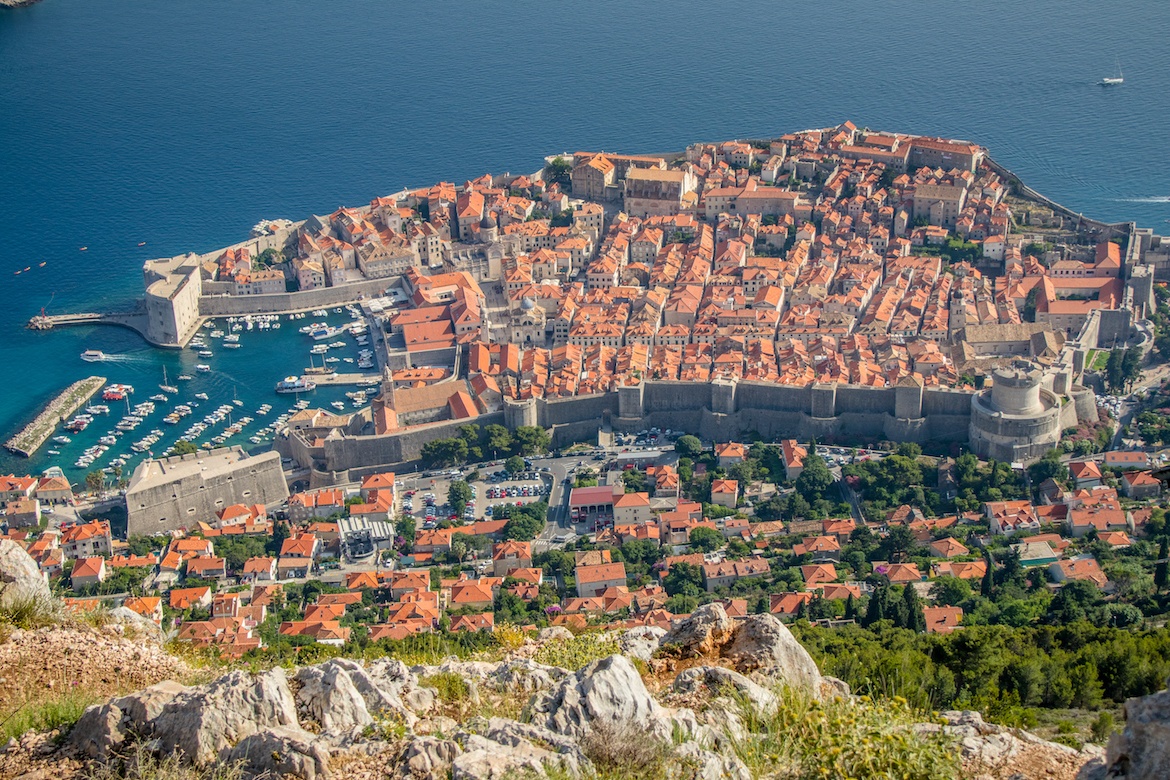 The view from the Dubrovnik cable car

Have more time to spare? Dubrovnik is a great base for exploring other spots along the Dalmatian coast including the beach town of Cavtat, the island of Mljet, or even crossing the border into Montenegro to explore historic Kotor and charming Budva.

The Dubrovnik to Mostar day trip is also popular, with visits to some of Bosnia’s most popular spots including the gorgeous Kravice waterfalls, the ancient town of Počitelj and Mostar’s iconic bridge, Stari Most. Click here to book

Location is key when deciding where to stay in Dubrovnik, since there are pros and cons to different areas. For example, staying in the old town can be a memorable experience, but the cobblestones, stairs and winding laneways can make it challenging to find your accommodation, not to mention the area is packed with tourists.

While farther away from the action, areas like Lapad and Gruz are popular since they’re just a quick bus ride away from the centre but much quieter. Some top picks include: 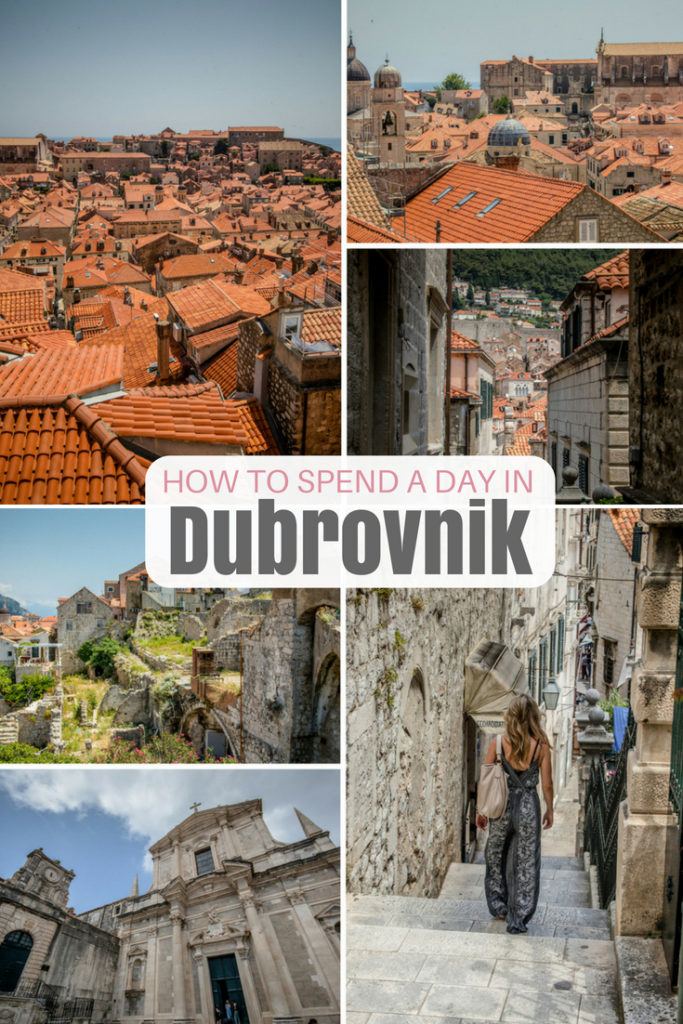 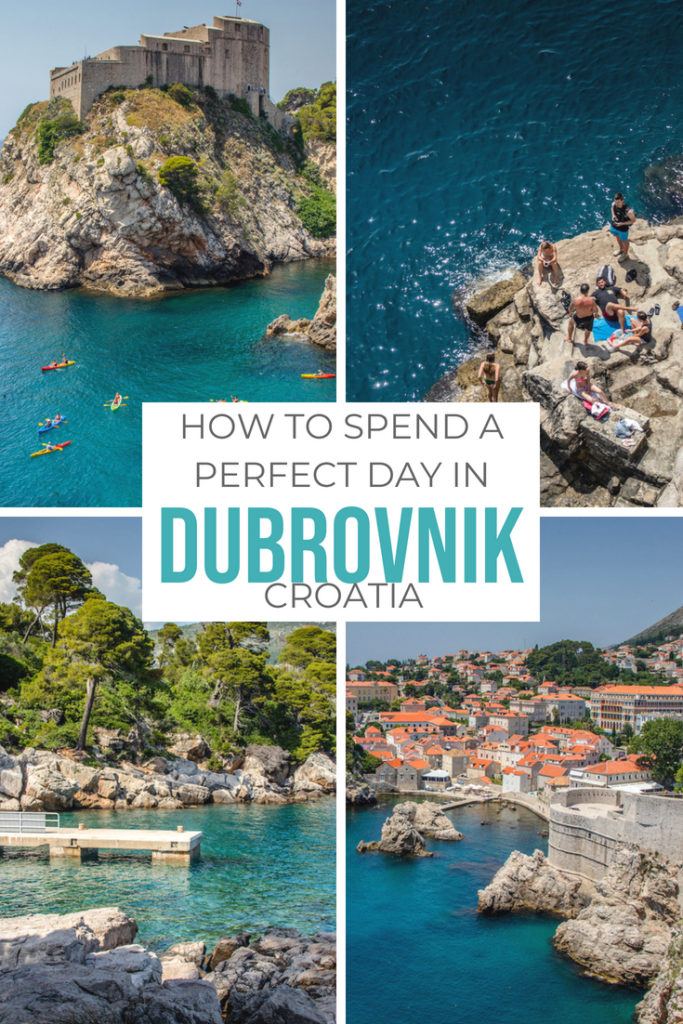 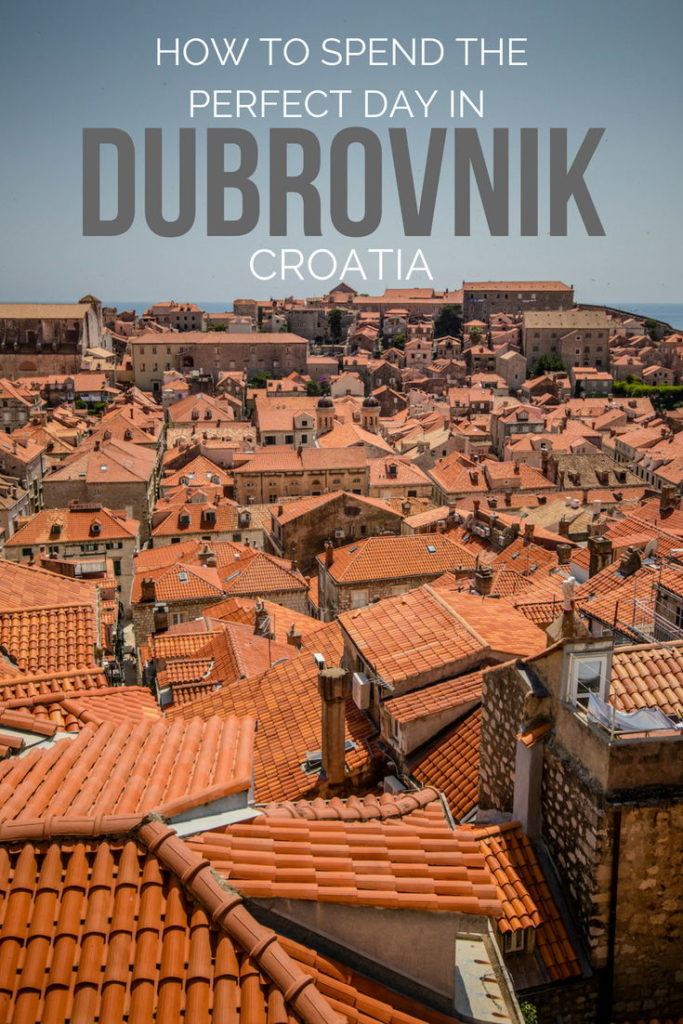