Exploring the Pululahua volcano and a hotel perched on a crater 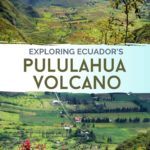 Part of Ecuador’s draw is its stunning, diverse landscapes, especially the ethereal cloud forests and volcanoes found near places like the Pululahua volcano. 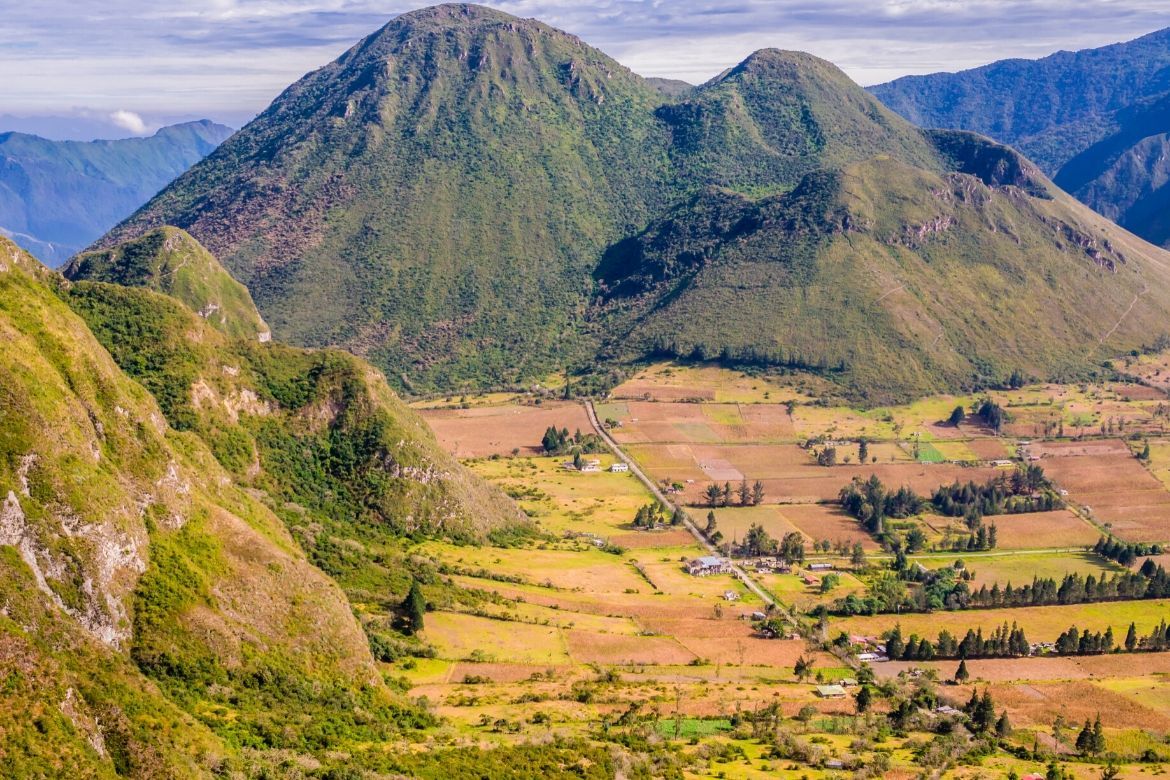 Located just half an hour from the capital Quito, this geobotanical reserve is home to the world’s only inhabited crater, and also holds the dormant Pululahua volcano which is nearly 3,000 metres above sea level and five kilometres in diameter. It is recognized by some as a powerful energy centre, which draws those seeking a spiritual awakening. 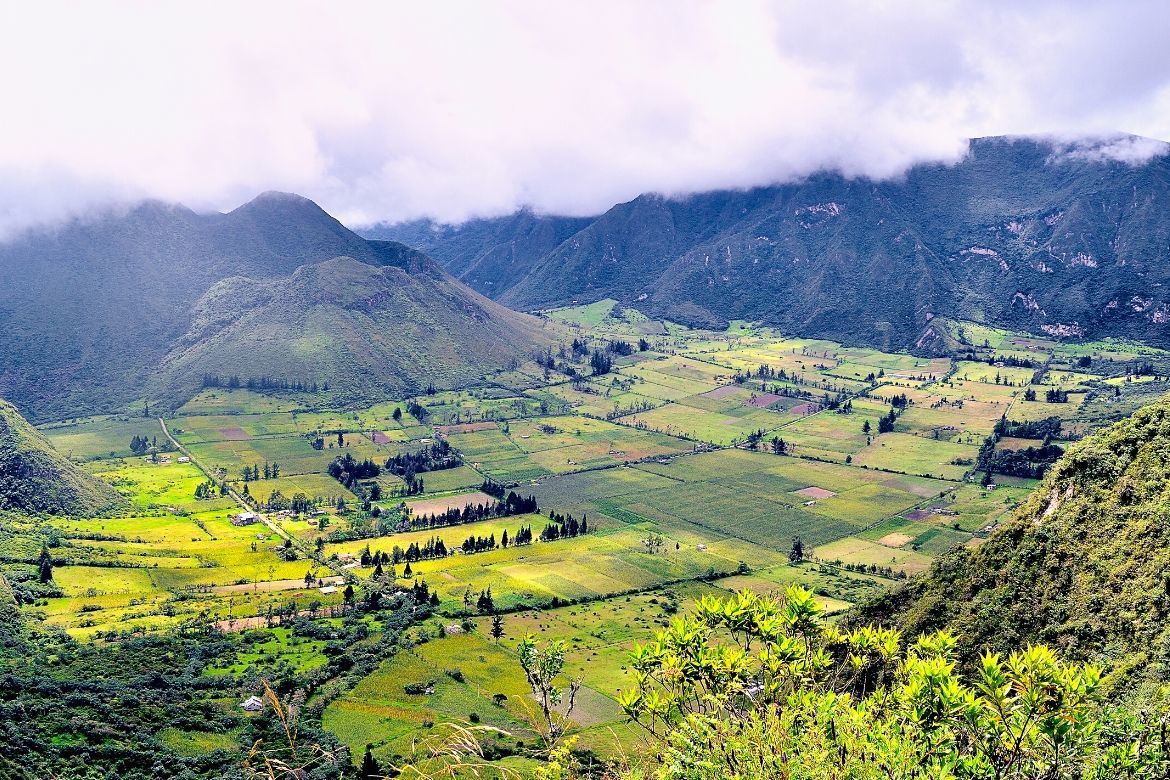 Pululahua—which appropriately means ‘cloud of water’—is a phenomenal place to explore those famous cloud forests, which feature a dense cover of fog that hangs over the lush vegetation. The result is a rather mystical scene, which is best explored by walking into the crater, riding down on horseback or simply enjoying the view from the top. 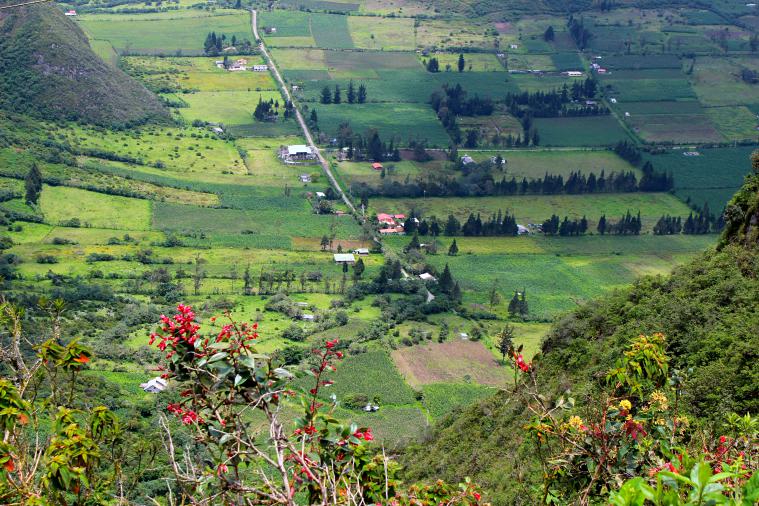 How to see the Pululahua crater

The Pululahua crater hike down into the valley from the lookout point is not for the faint of heart. The steep trail is covered in dirt and loose rocks, and has countless hairpin turns. And remember, if you make it all the way down it just means you have to hike back up!

An alternative for those who aren’t up to the cardio challenge is to horseback ride into the valley. There’s a little stable (with some rather tiny horses) near the lookout entrance where you can book a trail ride, for anywhere from one to three hours. We paid $45 for two of us to ride for two hours—but be sure to negotiate. 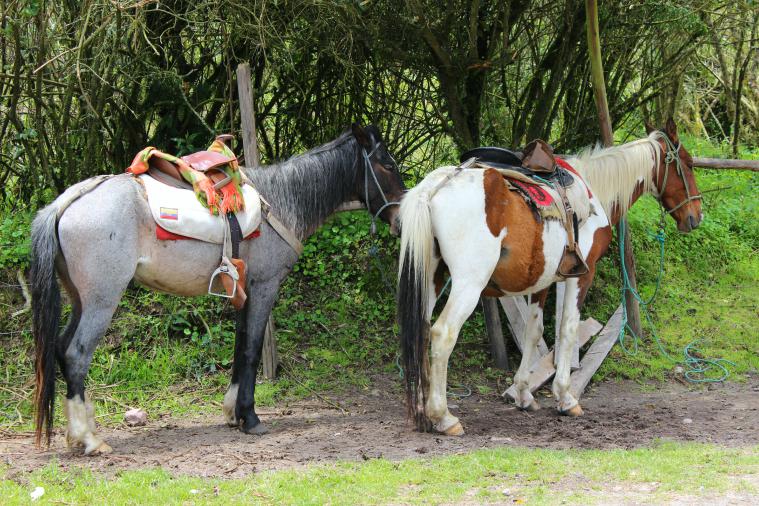 Those travelling down into the expansive valley are greeted by views of the lush green grass and foliage against a backdrop of rounded hills and volcanoes, all covered in a cloudy mist. There are even a few restaurants and hostels along the way in this so-called volcano village, alongside tiny farmhouses which all seem to have a rather excitable greeting committee of dogs out front!

After spending a few hours exploring the crater below, visitors can head to the nearby Mitad del Mundo Monument and Museo Templo del Sol which borders the equator. Visitors can stand with one foot in each half of the world at the 30 metre monument, and walk along the painted line.

The museum is a recreation of an ancient temple, and houses recovered ruins like old clay pots. A rather photogenic spot, it resembles a castle and has huge sculptures scattered around the site. 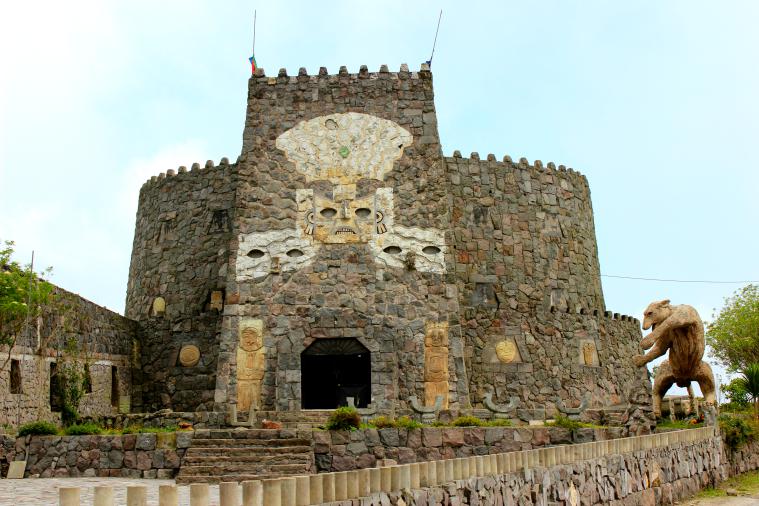 Museo Temple del Sol is also home to renowned Ecuadorian artist Cristobal Ortega Maila, whose works are displayed on the two upper levels of the building, along with his studio. Entrance is $3 per person, and includes a guide.

Where to stay: El Crater Hotel

El Crater Hotel and Restaurant just so happens to be perched right along the rim of the crater, affording absolutely stunning views of the surrounding landscape and valley below. With only a dozen rooms, this property is a picturesque, quiet retreat from busy city life, and just so happens to have a resident llama. It’s also a popular stop for tour groups, so you don’t necessarily need to book a room to check out the premises. 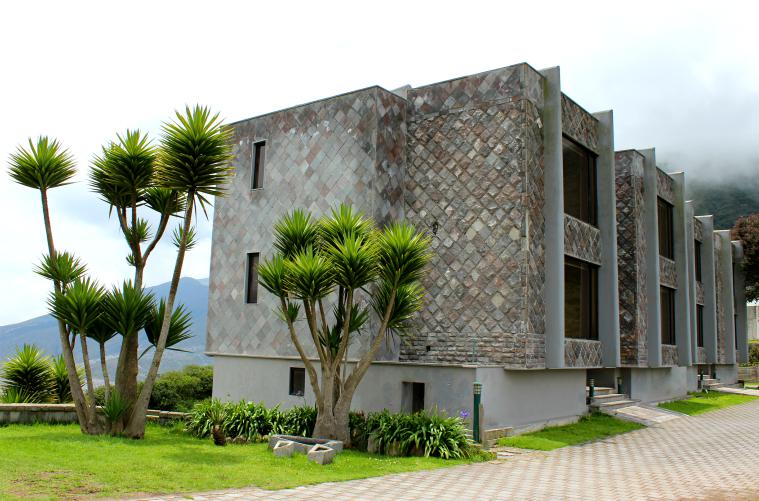 Rooms are well-appointed, including a large king size bed, private bathroom and a sitting room complete with couch and TV. However, there’s no question the best part is the view, as there are two huge windows on either side of each room. 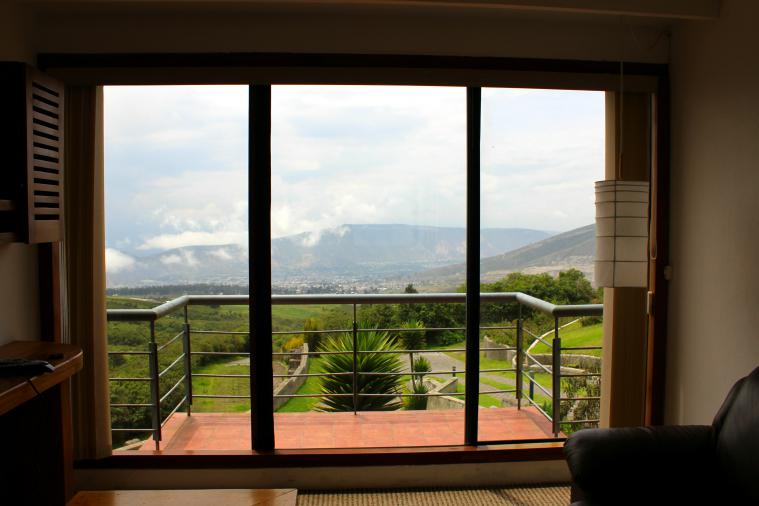 One looks out of the front of the hotel where you can see the winding hills leading back to the city, while the other stares directly into the crater. Click here to book

How to get to the Pululahua crater

The drive out from Quito costs about $25-$30 in a taxi and takes about 30 minutes, or you can take the Mitad del Mundo bus from Quito. There are also a number of guided tours, including some that combine a visit with a sightseeing tour of the capital: 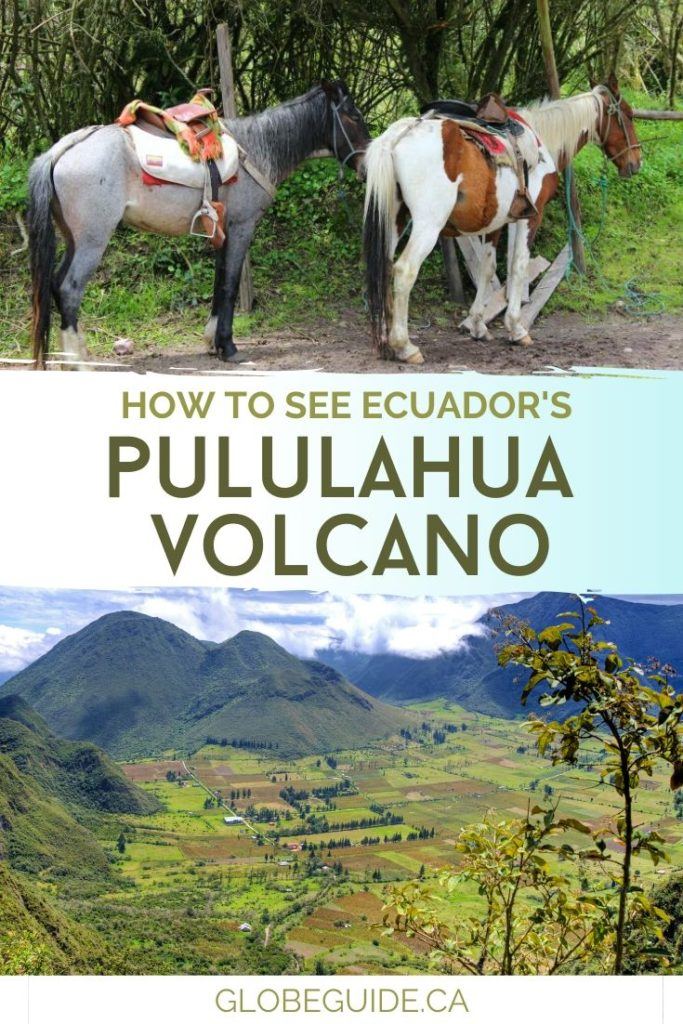 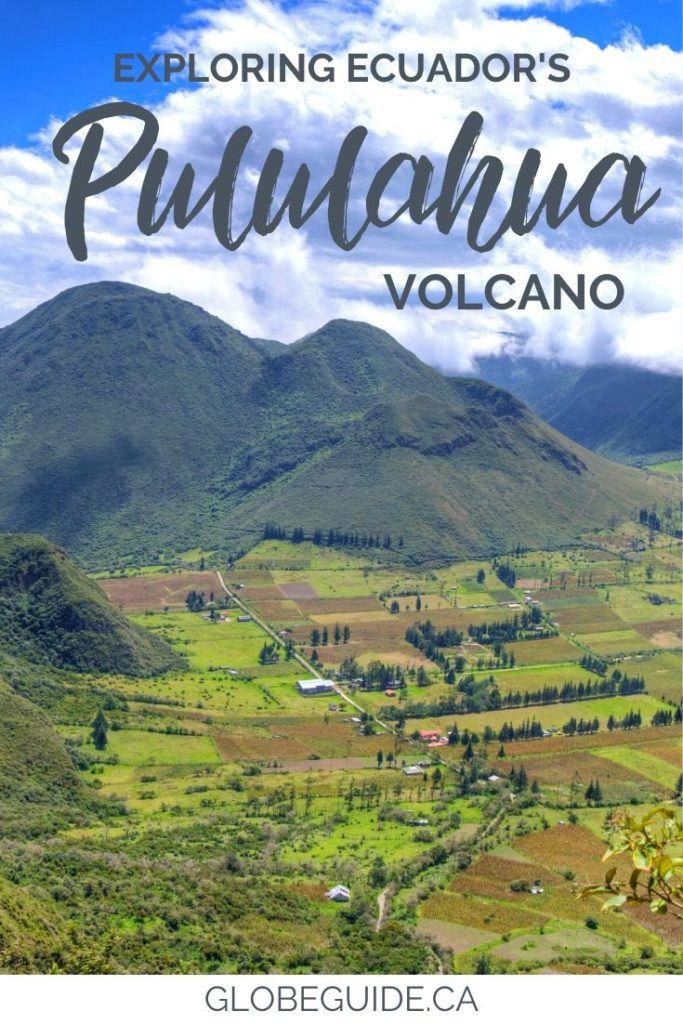 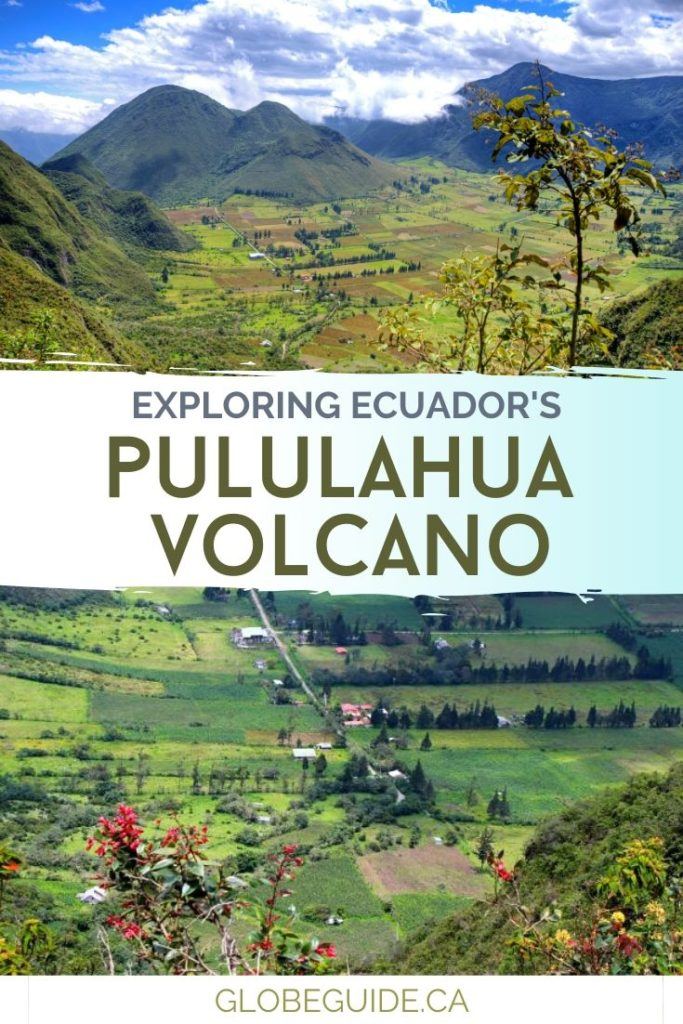