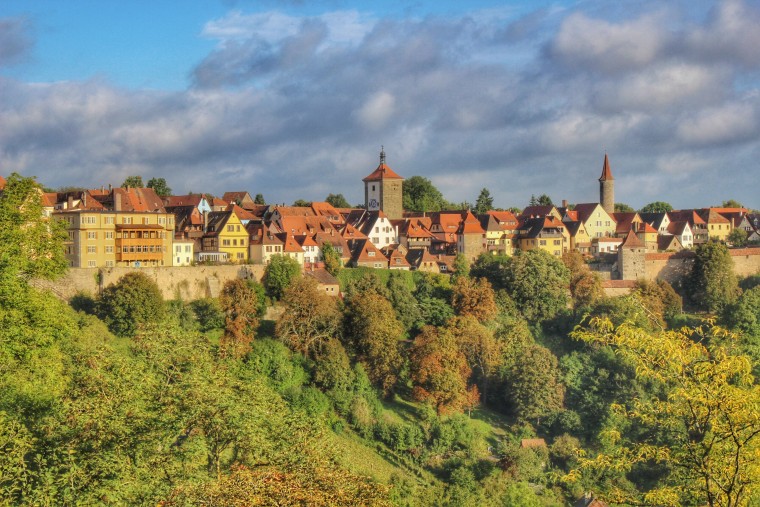 There are few places in the world that can boast about having centuries-old fortifications, a storybook-like town centre, impressive vistas and a real night watchman. But Rothenburg ob der Tauber delivers on all fronts, making this tiny German town worthy of a stop on any European itinerary.

There’s just something special about Rothenburg. Perhaps it’s the fact that it is one of the few places on the continent that somehow escaped wars mostly unscathed, meaning its buildings that have stood since around the 1100s remain virtually undisturbed. Maybe it’s the sight of the high walls that have protected the town for so long, surrounded by the lush, green Tauber Valley.

Or maybe, it’s that the entire place feels like a secret you happened to stumble upon and are loathe to share with anyone else for fear it becomes completely overrun by day-trippers. 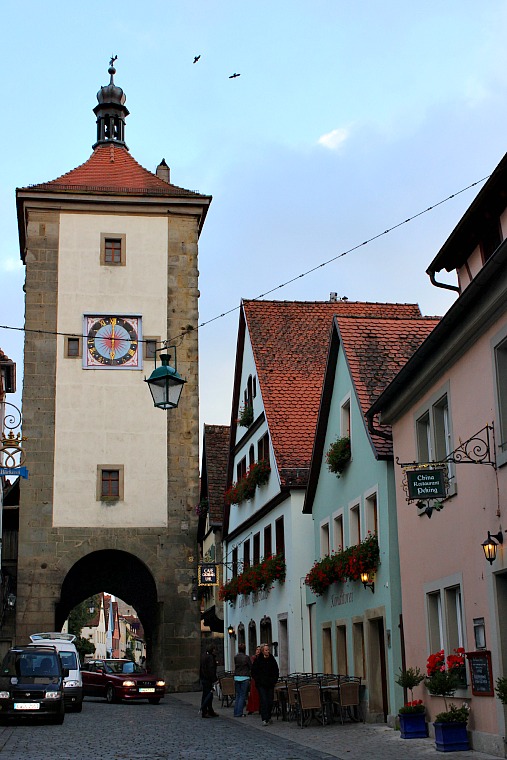 Located along the famous Romantic Road, Rothenburg is frequented by tour groups who pop in to check out its cobblestone streets and medieval architecture before rushing off to the next stop. It’s a shame, because the town’s charm is no more apparent than when the sun is setting, casting a beautiful golden glow on the flat-faced buildings surrounding the main square.

The narrow lanes that wind over the stone bridges and between the historical homes are all but deserted, allowing ample space for those left behind to explore the nooks and crannies. 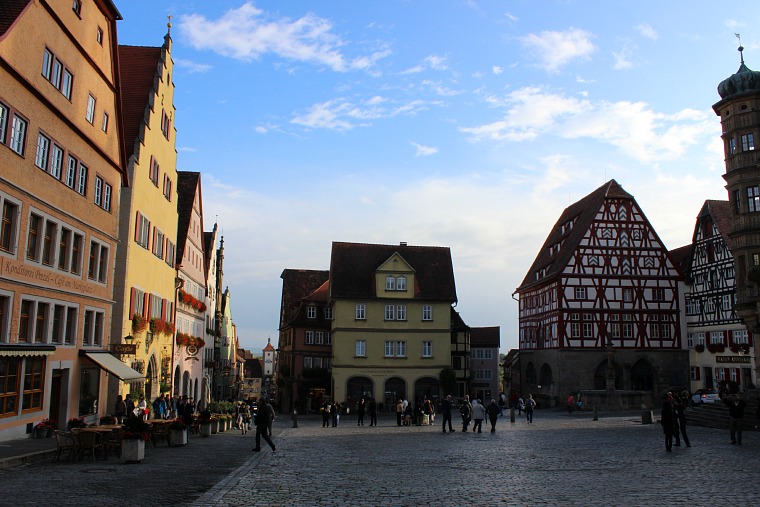 For such a small place, Rothenburg ob der Tauber has a fair bit worth seeing. The easiest way is to simply follow the roads through the centre and along the town walls, being sure to pass through the other side of the statuesque western town gate (Rodertor).

Not only can yisitors enjoy the sight of the entrance accented by tourrets and a tower, but a quick walk down the grassy slope leads to one of the most panoramic, charming views of the entire town. 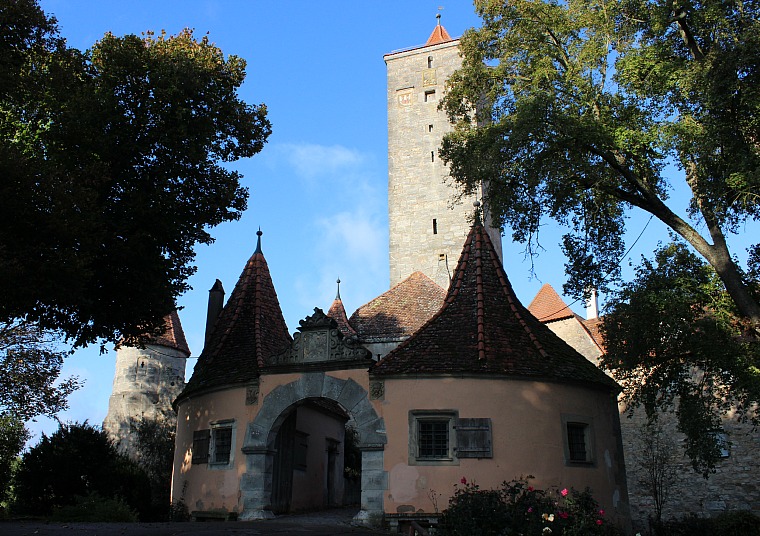 Heading back inside the walls, visitors find themselves at the Medieval Crime Museum, which may sound a little strange but is actually quite fascinating. After all, it’s not often one finds a guillotine at the entrance to a museum! 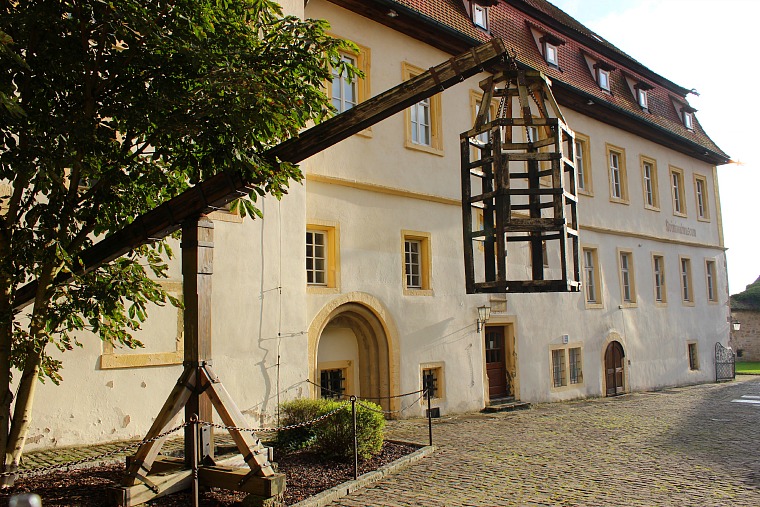 The laneways throughout Rothenburg ob der Tauber are a highlight on their own, as they’re lined with quaint hotels, restaurants, shops and homes draped with vines, accented by window boxes bursting with colourful flowers.

The most famous of the Rothenburg’s timber-framed houses is found near the Sieber-Tower, which also serves as an entrance into the old town. ‘Plönlein’ means plain, but the crooked house is anything but thanks to its bright, picturesque facade. 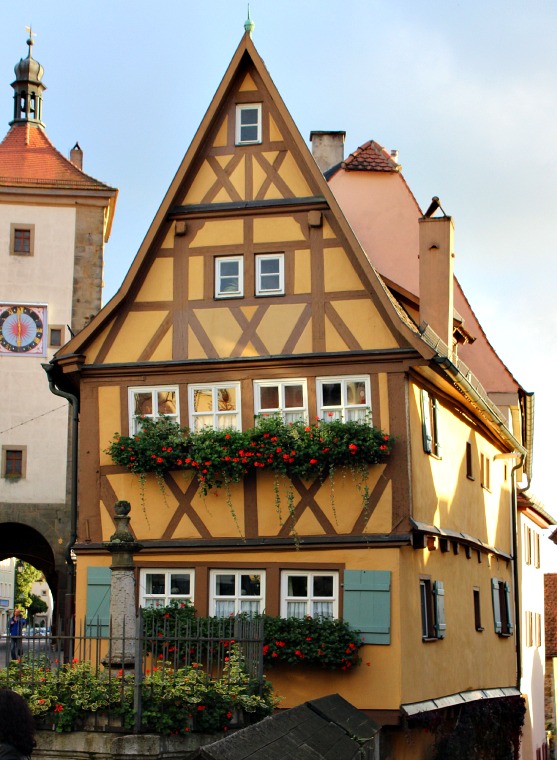 Just a short walk away is Market Square, the main plaza which houses town hall, the tourist information centre and the Glockenspiel. Not only is it the hub of activity, but it also hosts one of Rothenburg ob der Tauber’s most memorable attractions: the Night Watchman’s Tour. 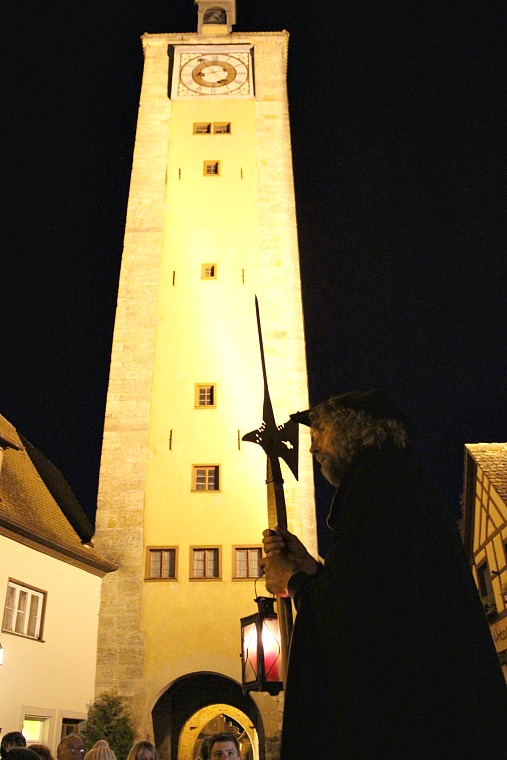 A can’t-miss activity, the one-hour tour happens nightly just as the sky turns dark, the air gets colder and the town grows quiet. After the bells clang marking the passing of another hour, the night watchman appears under the faint light of a lantern, immediately captivating the crowd. Leading the way through Rothenburg’s deserted streets, he explains the town’s past in a way few others can: through tales full of fascinating anecdotes, wit and dry humour.

Even those who typically don’t enjoy guided tours or history lessons won’t want to miss it. The tour costs 7€ per adult, and can be paid directly to the night watchman afterwards. 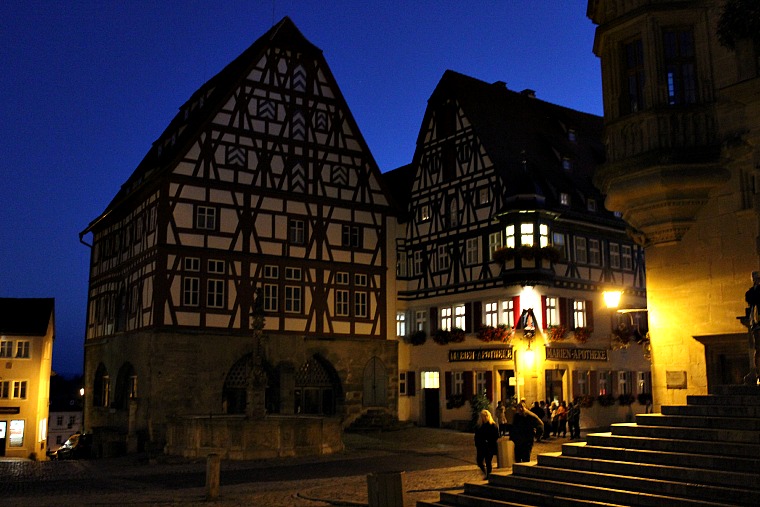 As if the attractive homes, medieval fortresses and spectacular views that make Rothenburg ob der Tauber so memorable weren’t enough, there is one final thing worth visiting for: the Christmas markets. At the end of November, the streets are transformed into a winter wonderland, with the Reiterlesmarkt hosting artisans, advent festivities and food stalls that offer mulled wine, gingerbread and roasted chestnuts.

Incredibly, it doesn’t even have to be December to enjoy the seasonal festivities in Rothenburg, as there are shops selling gifts such as Christmas villages and snow globes year-round. 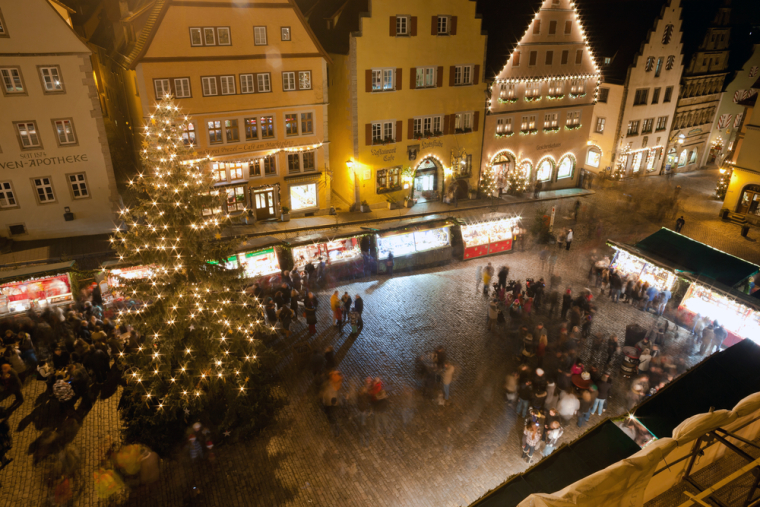 All in all, those who find themselves anywhere near Rothenburg ob der Tauber will want to make at least a quick stop to explore the walled town. But if time permits, it’s well worth an overnight stay to allow time to enjoy the delightful charms of the town that seems simply frozen in time. 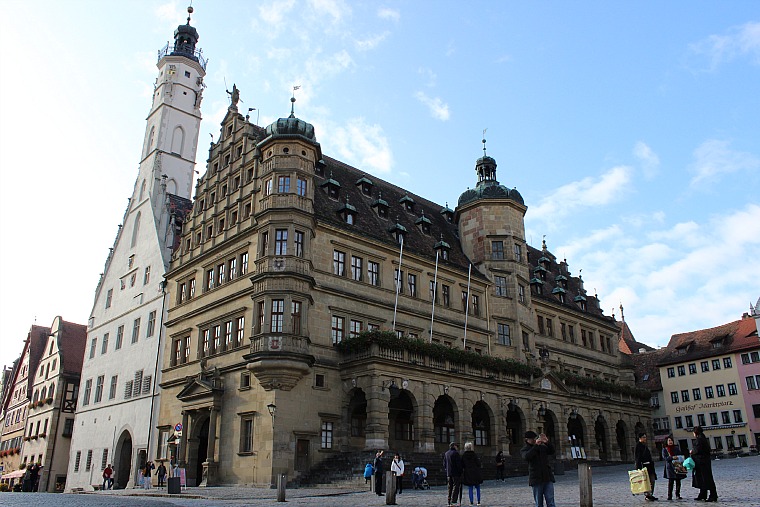