Not far from Bogota, Colombia there’s a rather quirky attraction that’s well worth the day trip: an entire underground church dug out of salt, called the Salt Cathedral of Zipaquirá. 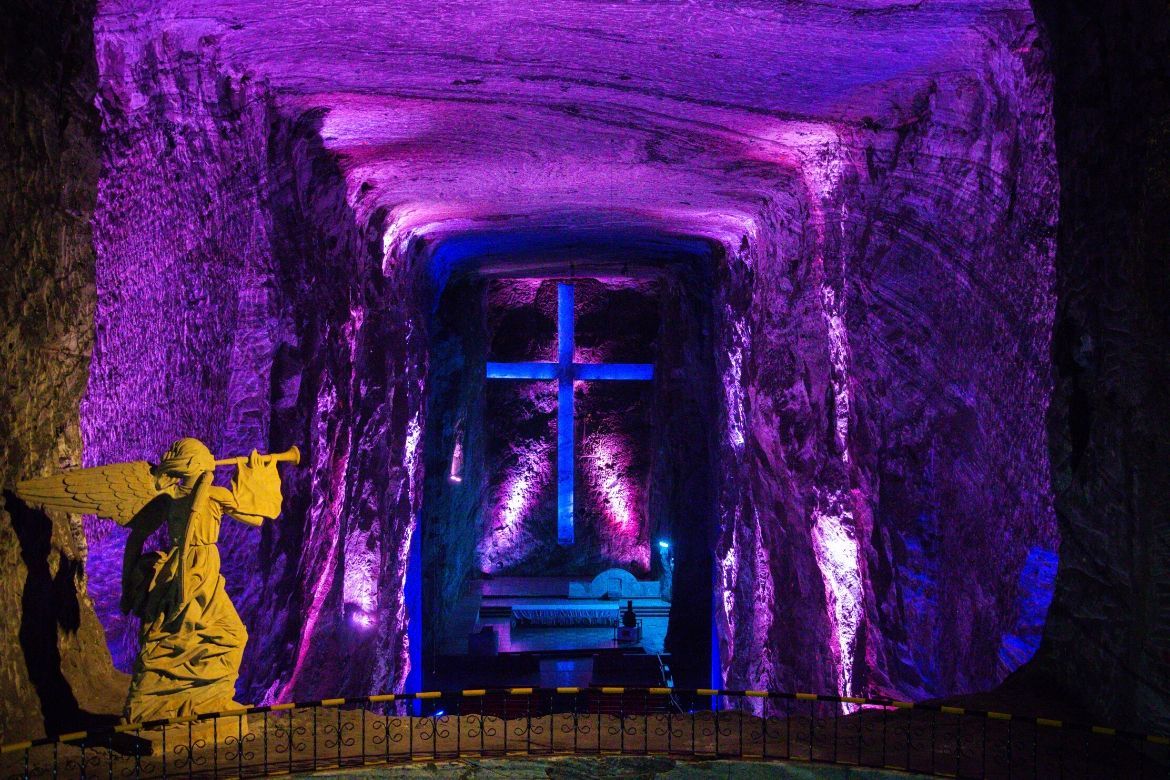 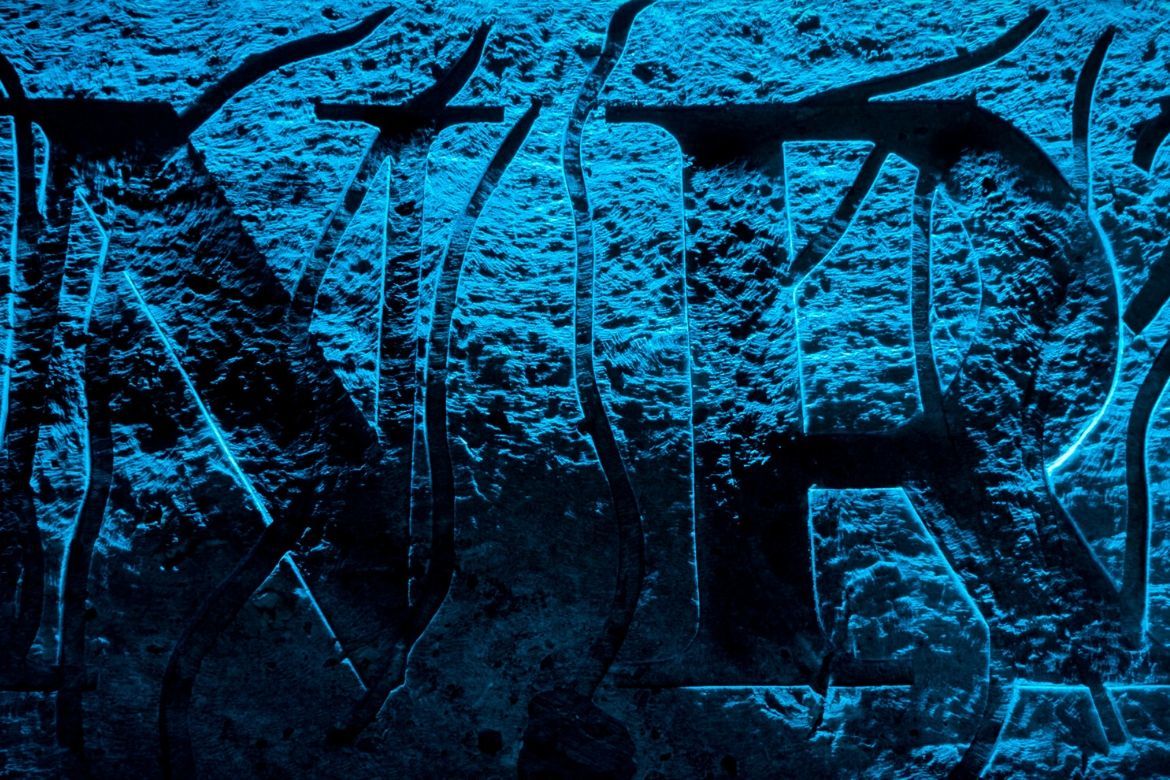 The Salt Cathedral is about half an hour outside the capital in a charming little town called Zipaquira. If you have time, try and at least take a walk around its main plaza and enjoy a refreshing gelato cone while exploring the market. 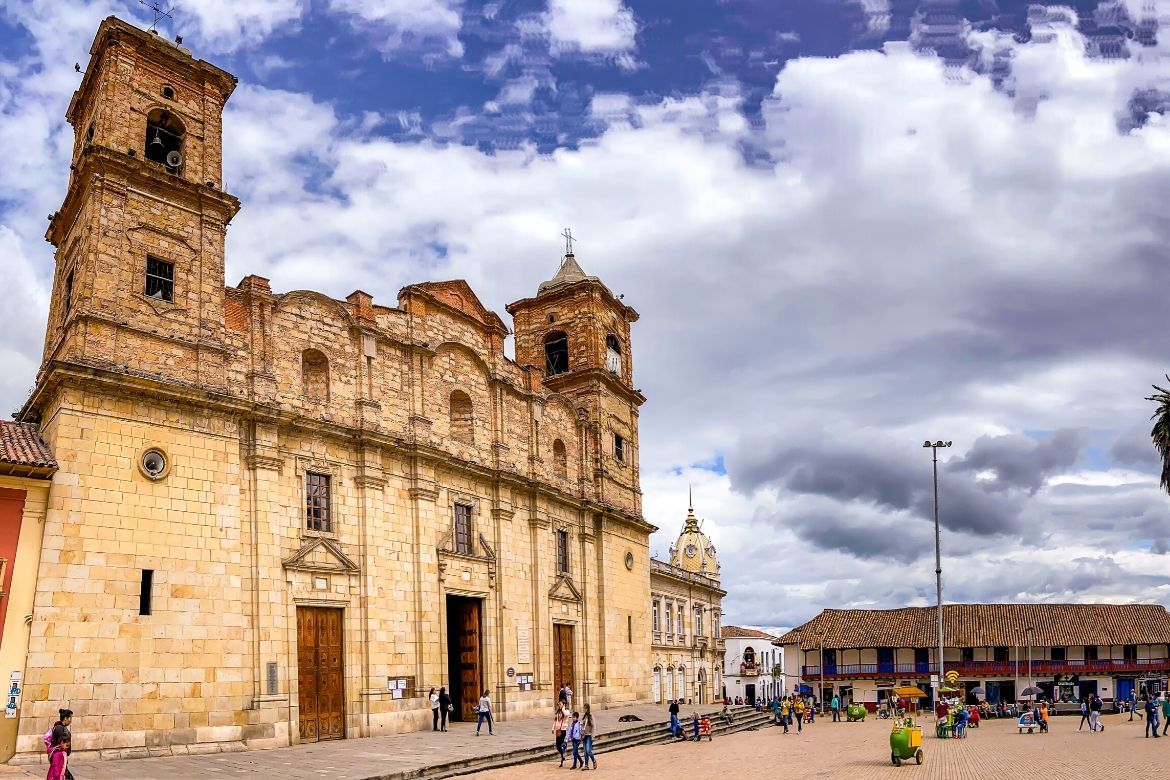 The town’s main attraction is obviously the cathedral, which was fashioned out of the tunnels in a salt mine 200 metres underground in the side of a mountain.

Miners initially created a sanctuary for themselves to pray in, and in the 1950s it was expanded to host a massive cathedral and walkways. Updated again in the 90s, it can hold about 3,000 people during Sunday services. 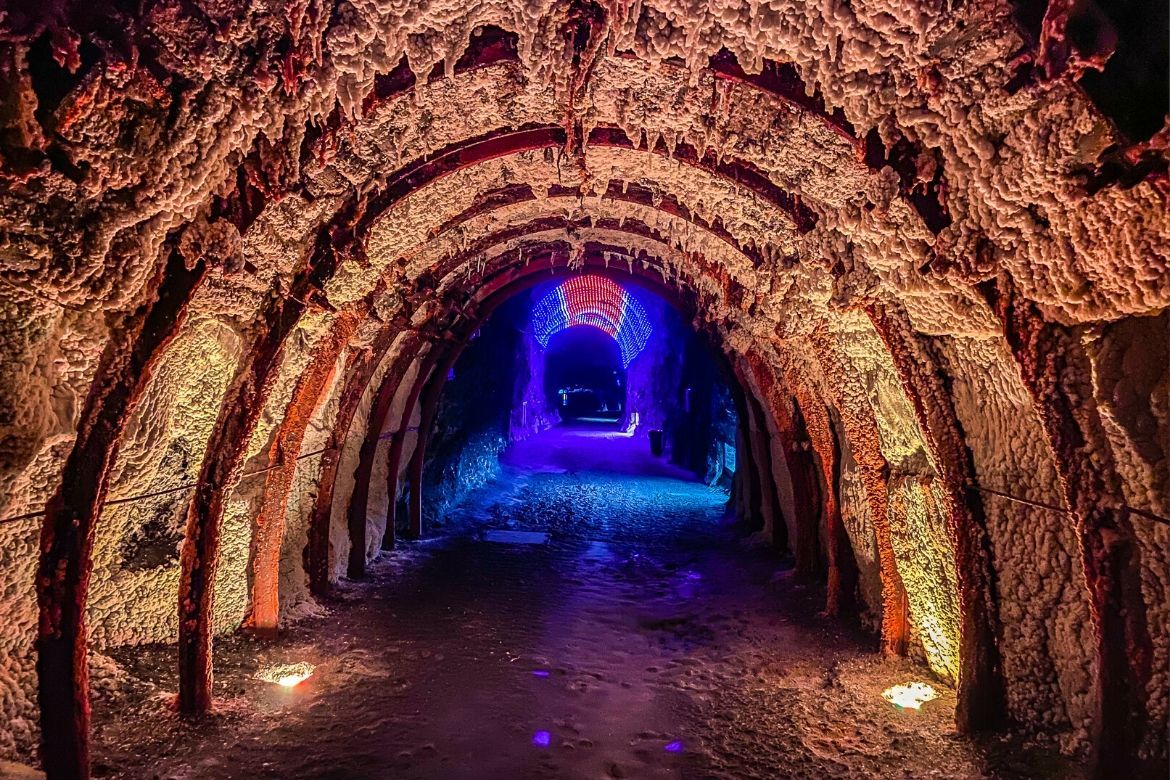 Getting around the Salt Cathedral of Zipaquira

The site itself is absolutely breathtaking, and was the First Wonder of Colombia due to its impressive architecture. Visitors wander through the dark pathways which are accented by neon lighting, making it a rather eerie spectacle.

A neat feature is the Stations of the Cross lining the pathway toward the main cathedral, which are sculptural representations detailing Jesus carrying the cross to his crucifixion. There are also numerous spots to step off the pathway and onto the stone pews. 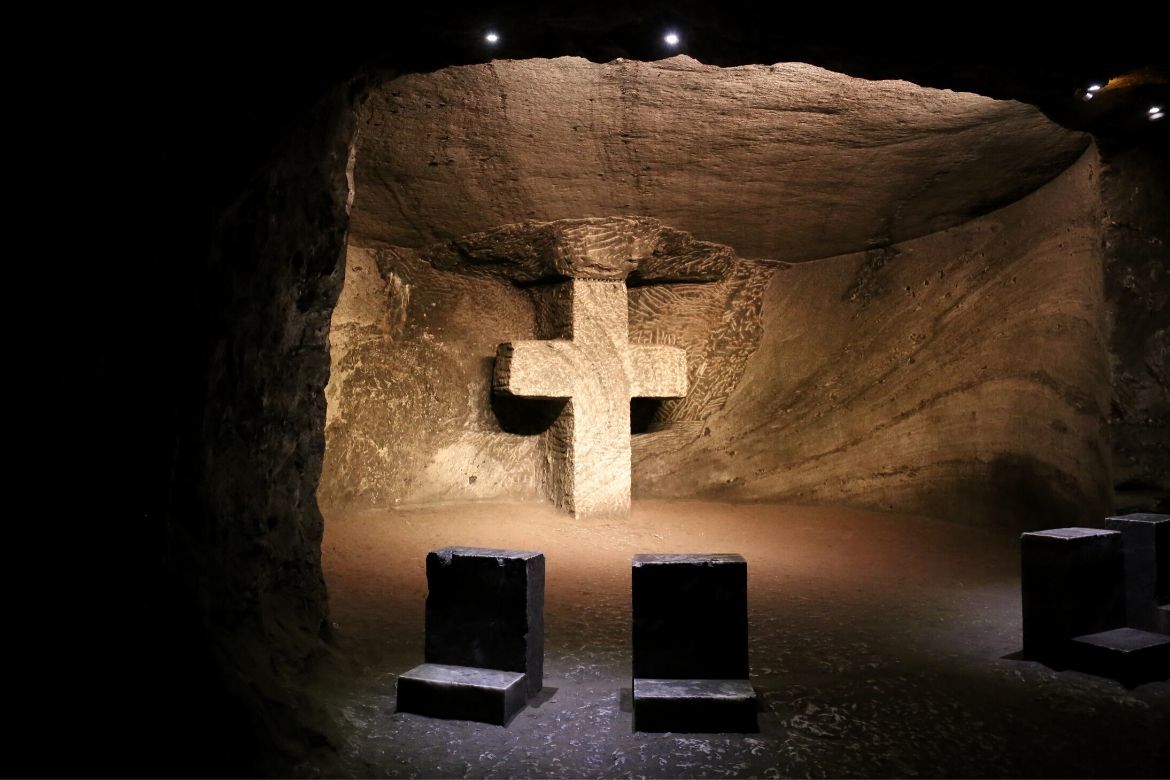 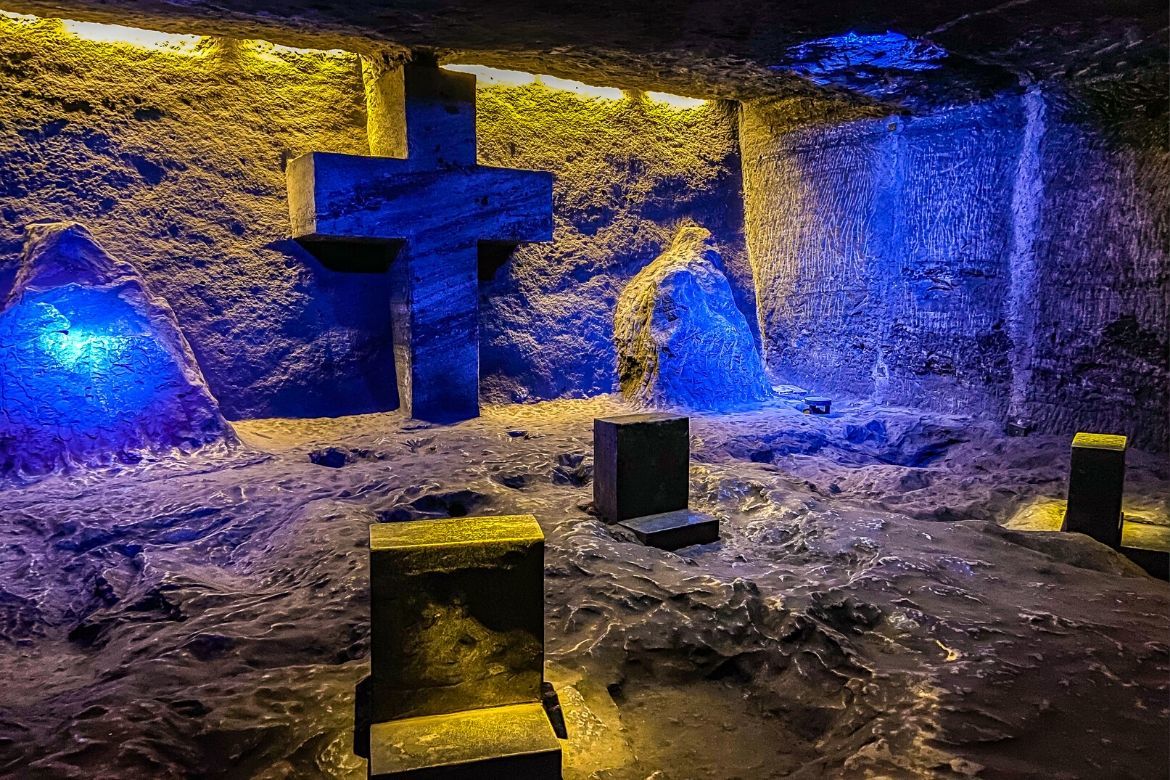 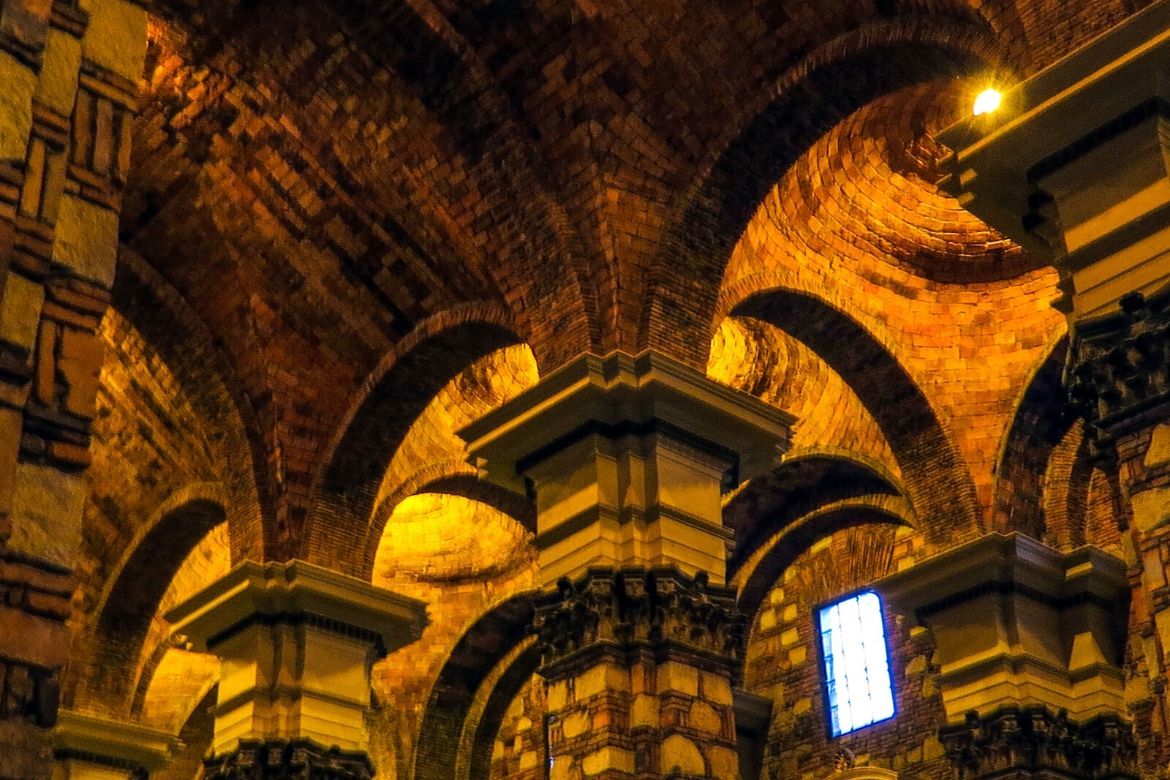 Without a doubt, the main highlight is the massive domed cathedral, which is tricked out with ever-changing lights focused on a huge cross. There’s also a sculpture that draws inspiration from Michelangelo’s Creation of Adam painting, which is found in the Sistine Chapel. 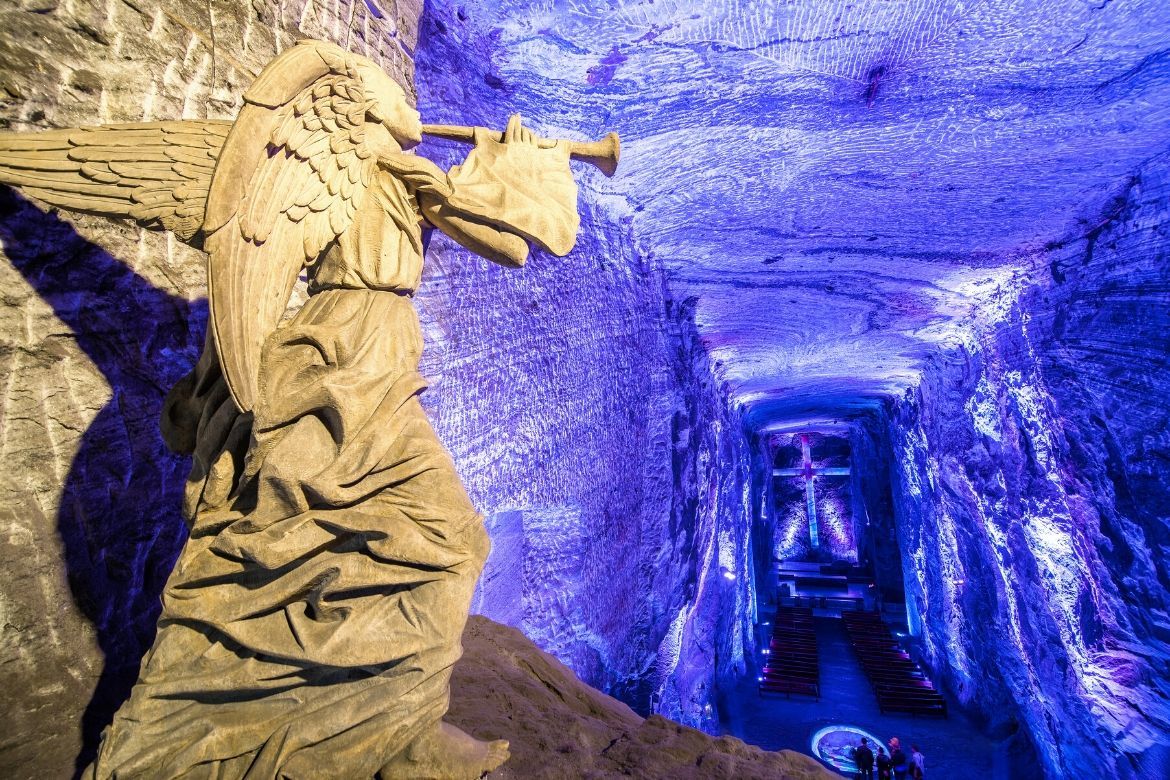 Other can’t-miss spots in the Zipaquira salt cathedral include a beautiful nativity scene called the Holy Family sculpture (note that baby Jesus has a six-pack!) and what’s called the Water Mirror. It looks like nothing more than a hole in the ground, but don’t be fooled—it’s actually a completely still lake! Throw a little pebble into it, and watch as the water ripples away. 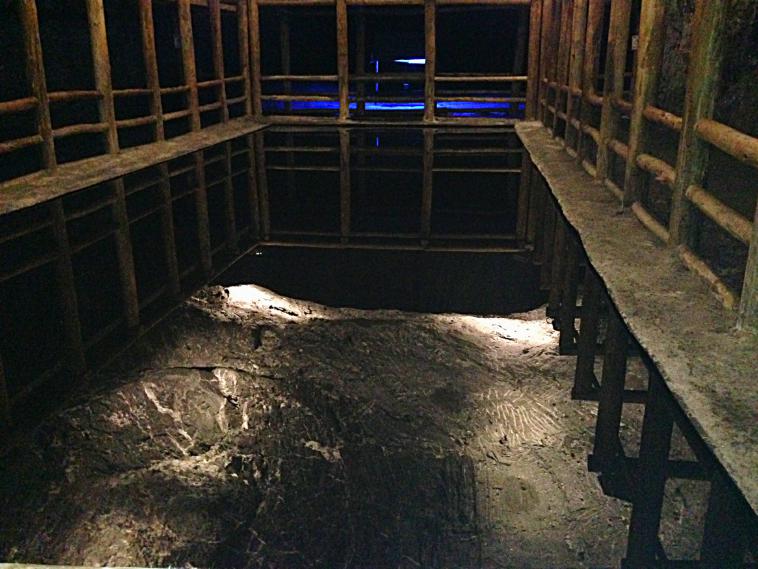 This is not a hole- it’s a pool of still, reflective water!

Once visitors have taken in the religious parts of the church, they can watch a 3D movie that details the history of the salt dome and explains how the cathedral was built. There are also a few gift shops and spots to buy food.

Another popular option is to take a guided tour of the mining route, which includes mandatory hard hats. If you happen to be looking to tie the knot with that special someone, the cathedral also hosts weddings! 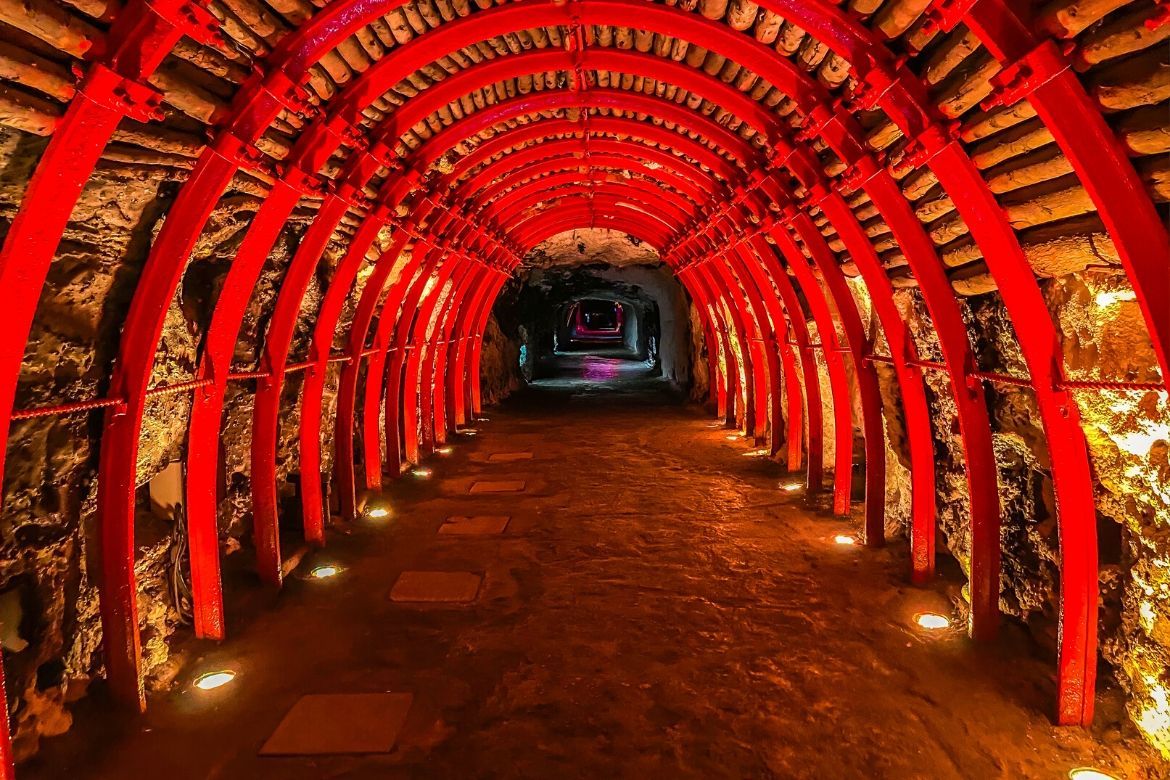 If you’re travelling with kids, there are plenty of attractions outside to keep them entertained including food stalls, a playground, climbing wall and a maze. Visitors can also hop on a little train that takes them on a tour from the cathedral down into Zipaquira. 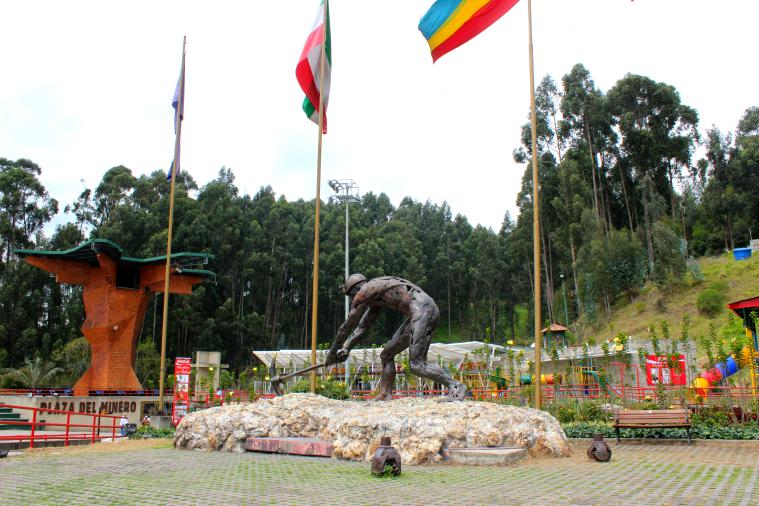 Ticket prices start around $15 per adult which includes admission to the cathedral and a ticket to watch the movie. Guided audio tours are also available, which explain the mining process and how salt is formed. Click here to book

Buses travel between Zipaquira and Bogota, though it’s easier to drive or book a transfer or guided tour. Here are some options, including day trips that include nearby Jaime Duque Park, Villa de Leyva and the Guatavita Lagoon: 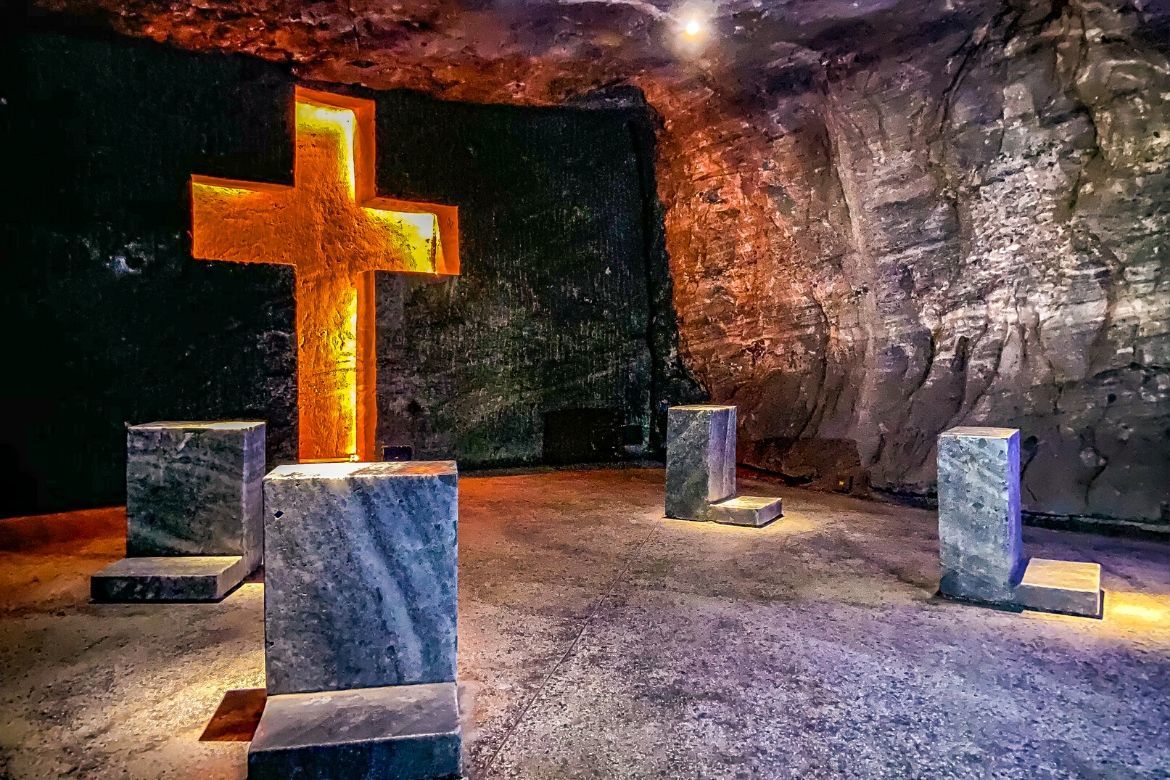