Highlights of San Cristobal island and Kicker Rock in the Galapagos 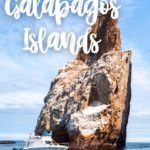 Talk about a quick introduction to the magic of a Galapagos Islands tour.

We hadn’t even arrived at the dock to board the small yacht that would be chartering us through the islands yet, and we’d already run into a colony of barking sea lions. They were sprawled lazily along the beach in the tiny town of Puerto Baquerizo Moreno, seeing us off as we hopped into zodiacs to head out to the waiting boat. 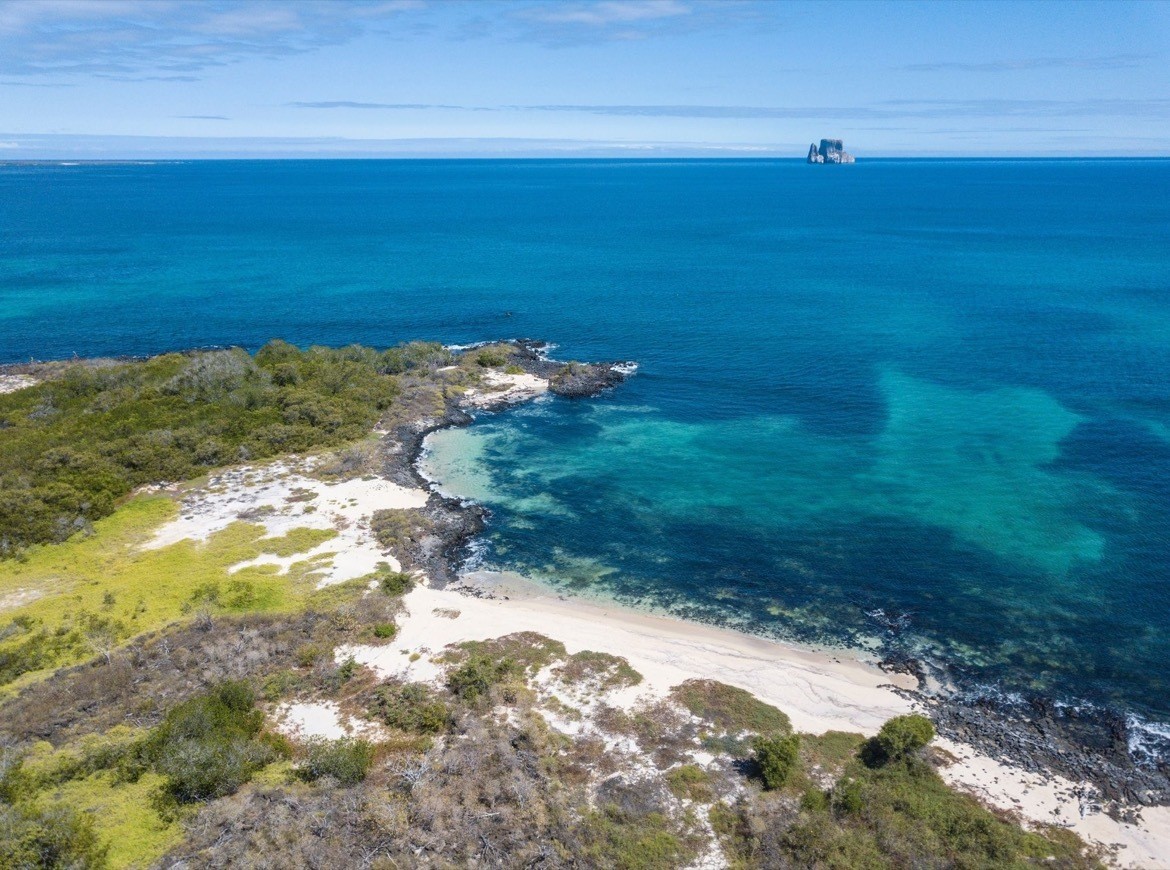 We tried to pull our cameras out to snap a few shots of them, at which point our guides laughed and said, “there’ll be plenty more where we’re heading.” Boy, were they ever right. 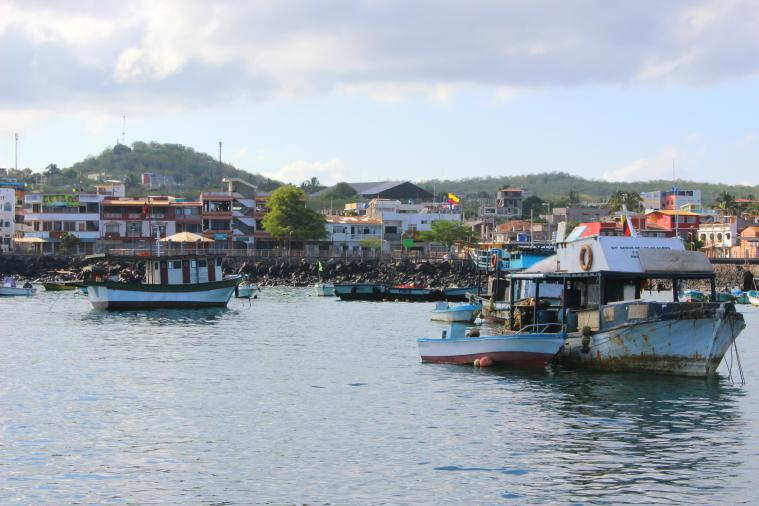 The first stop on that day’s adventure–the first of our week-long Galapagos Islands cruise–was Punta Pitt, on the northeast tip of San Cristobal island. The knee-high waves meant it was time to master the art of the wet landing which would be a staple of our trip, and our small group fearlessly jumped in and waded up to shore. 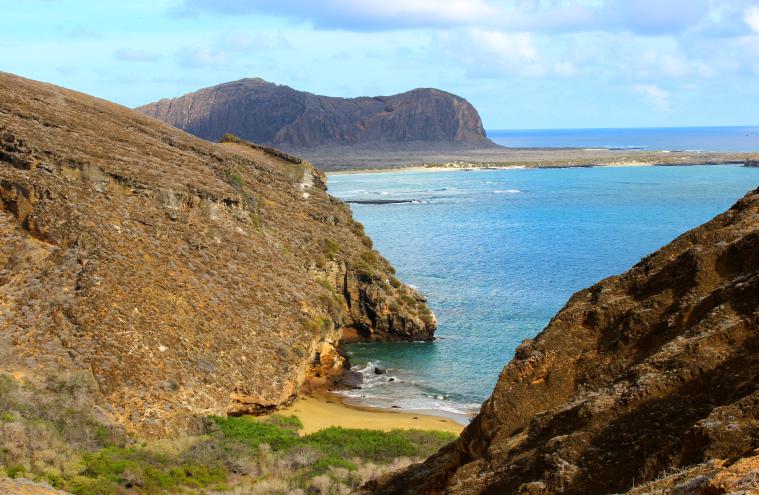 Our efforts were well worth it, as a secluded golden beach awaited us, offset by turquoise water, lush green foliage and huge hills that rose up around it. Sure enough, a colony of sea lions once again served as the greeting committee. This time, we were able to get much closer to them, oohing and ahhing over how adorable the pups were. 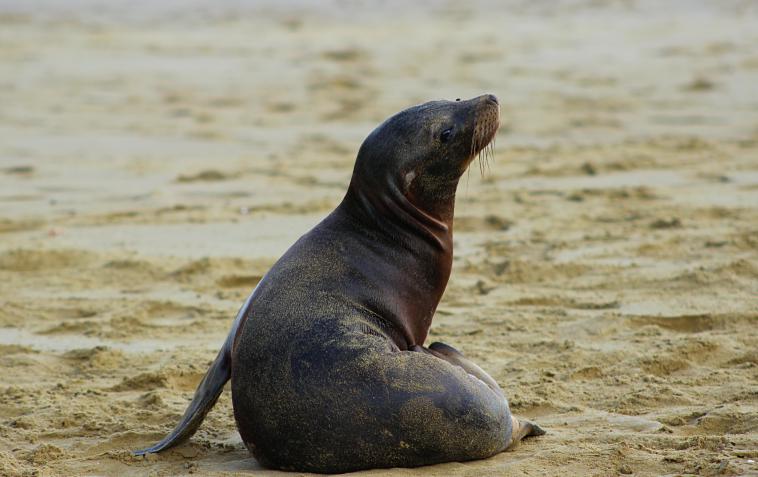 Punta Pitt is unique in that it’s the only place in all of the Galapagos Islands in Ecuador where you can find all three types of boobies: blue-footed, red-footed and Nazca. We pulled on our walking shoes and headed up the hill in search of them, navigating a dusty pathway that wound through the volcanic rock.

The landscape was similar to that found in the Arizona desert, and had unbelievable views of the surf pounding the sparkling beach below. 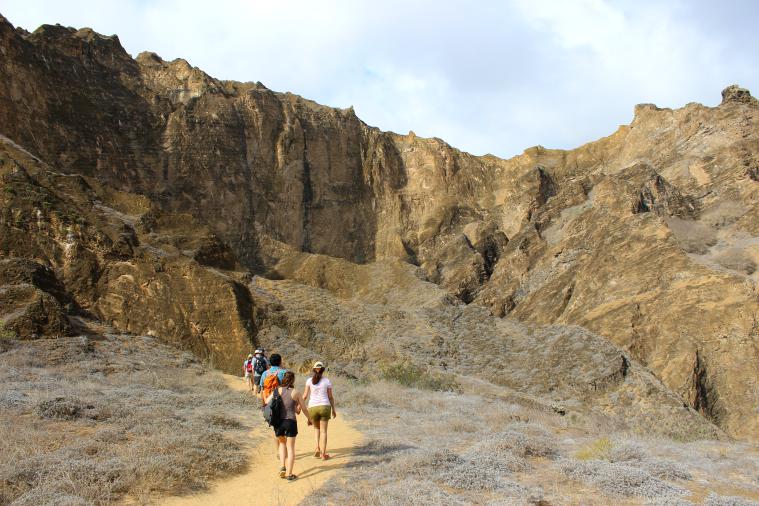 The hot sun at the top of the hill was enough to make us head back down to seek refuge on the beach. As we turned our attention back to those lazing sea lions, some dive-bombing birds tried to steal the show. They’d circle high above the water, looking for fish foolishly swimming near the surface, then suddenly drop all the way down in the blink of an eye and snap up their unsuspecting prey. 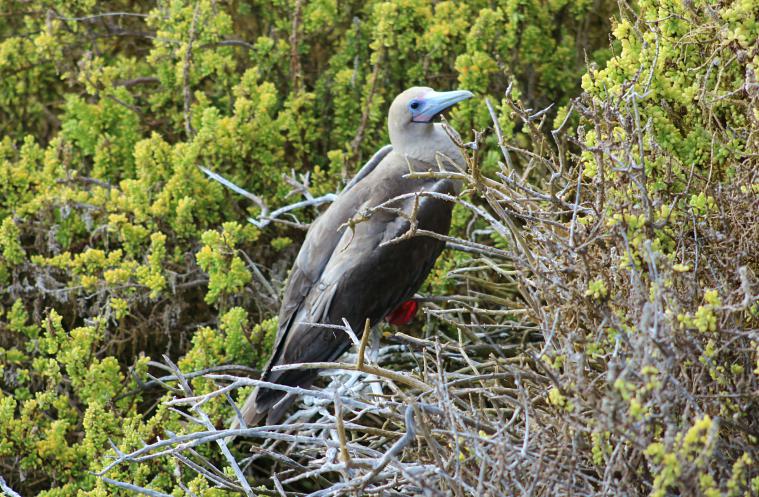 Another famous stop just off of San Cristobal is Leon Dormido, which was named after its resemblance to a sleeping lion. Better known as Kicker Rock, two giant tuff cone formations burst out of the ocean, stretching nearly 500 feet into the sky. If your captain is able to sail close, you’ll be able to see birds nesting into the cliff side or circling overhead. 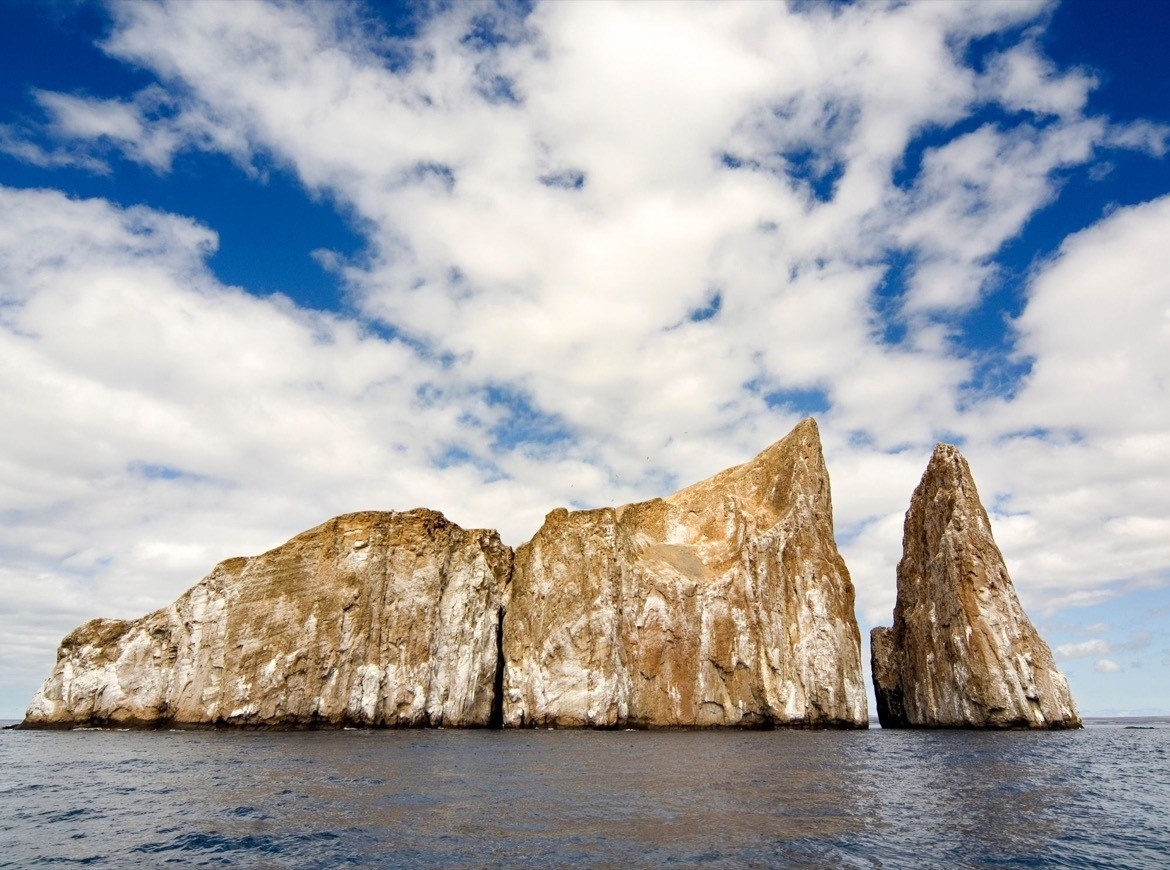 It’s possible to swim and snorkel around Kicker Rock, keeping an eye out for birds, sea lions, sea turtles, tropical fish and even sharks. Be sure to stick around for sunset, as the sight of the golden sun peeking out between the rocks is one of the most famous scenes in the Galapagos. 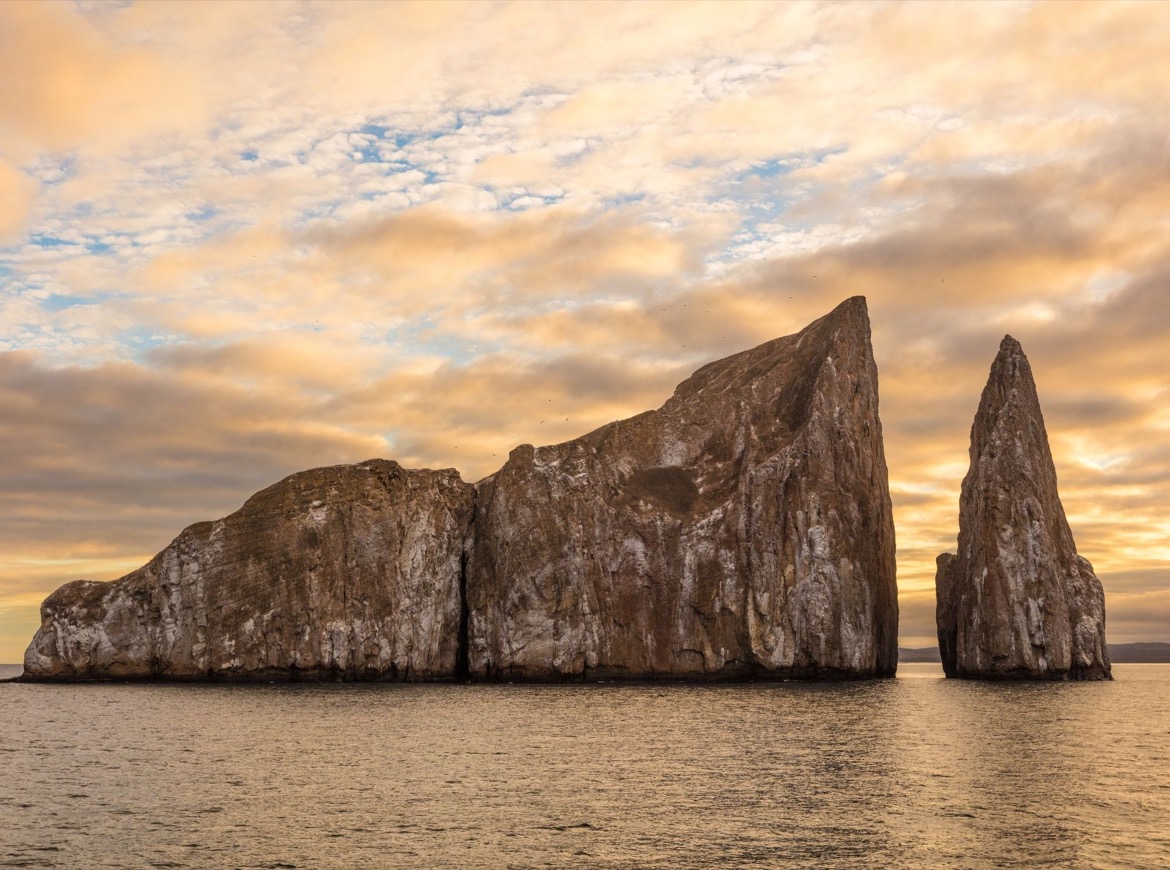 To get to Kicker Rock, book a day trip with an operators in Puerto Baquerizo Moreno, or visit as part of a multi-day Galapagos Islands trip like this one:

More things to do on San Cristobal island

Days later, we found ourselves back on San Cristobal at the end of our cruise, grudgingly preparing to leave for the airport. Fortunately we had free time to explore more of the mainland, and started off at the Galapagos National Park Interpretation Centre. The facility has extensive information about the Galapagos Islands, including its history, the challenges it faces, and of course some bits about local hero Charles Darwin.

From there it’s a short walk back into Puerto Baquerizo Moreno, which is home to over five thousand people—the second highest population in the Galapagos after Santa Cruz. There are a number of restaurants, cafés, travel agencies and hotels, which makes it a popular place for tourists who aren’t exploring the islands by boat to situate themselves. It’s also emerged as a popular surf spot. 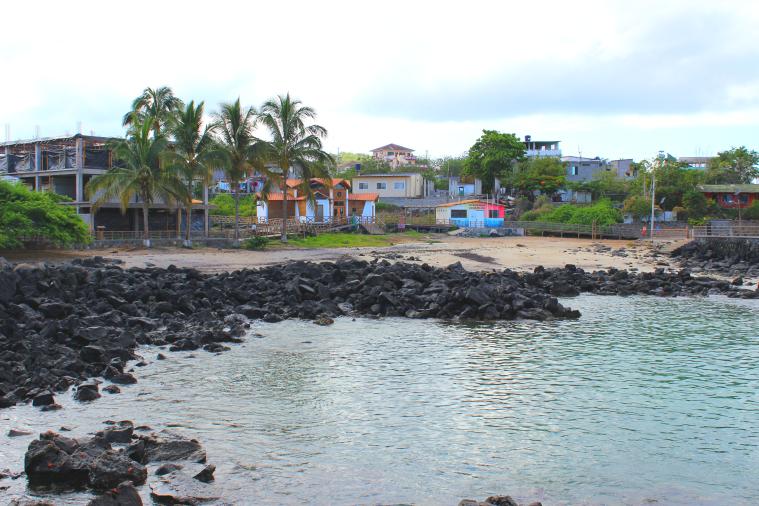 After taking one last chance to souvenir shop along the waterfront, we parked ourselves on a bench in front of a playground equipped with slides right along the beach. Much to our delight, we realized the playground wasn’t built for children—it was a sea lion playground! Watching the animals frolic in front of us was a fitting end to our unforgettable, bucket list worthy Galapagos Islands adventure. 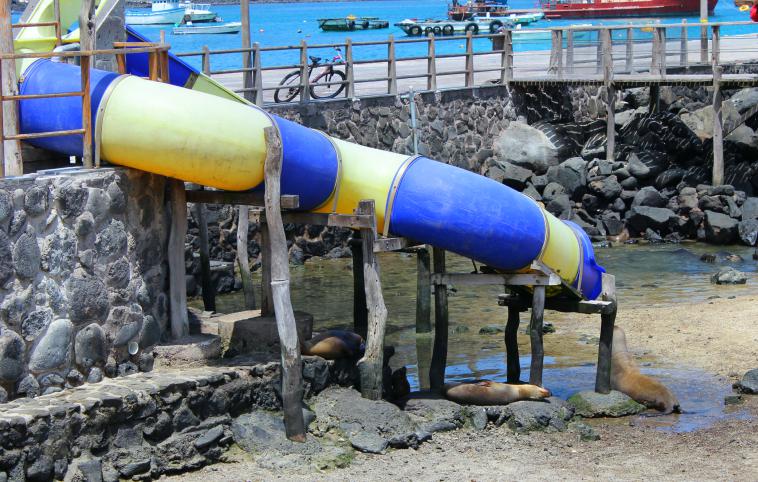 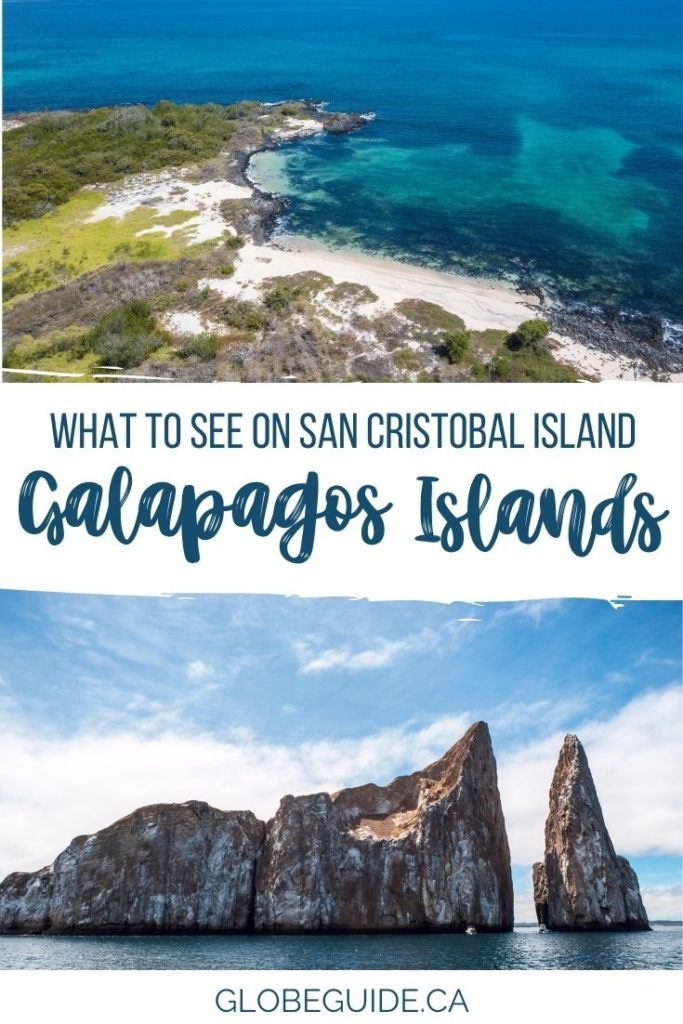 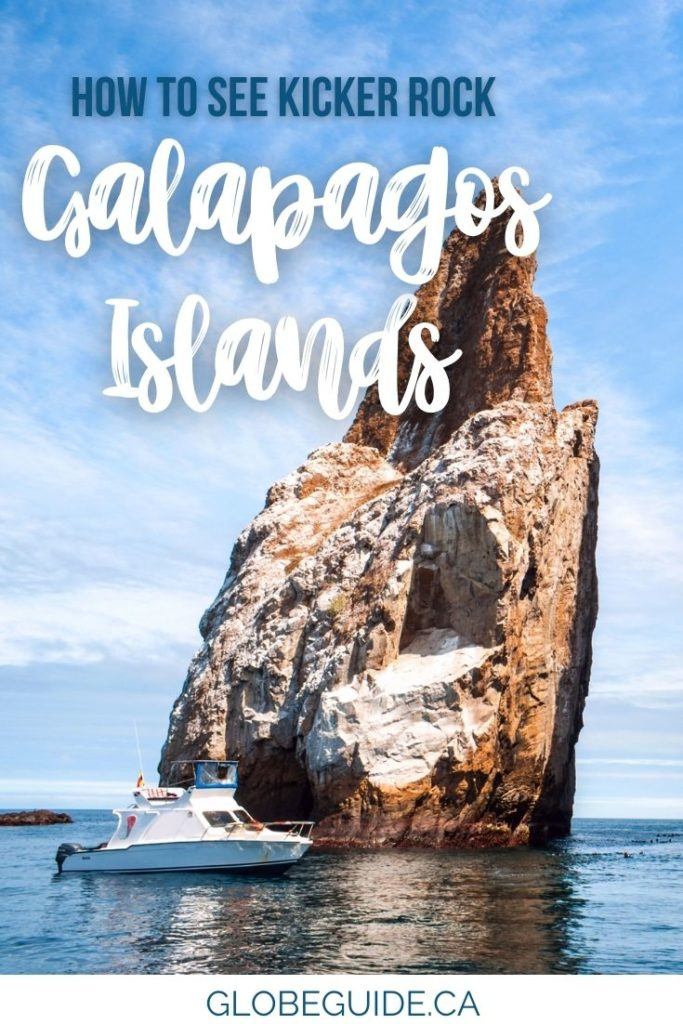 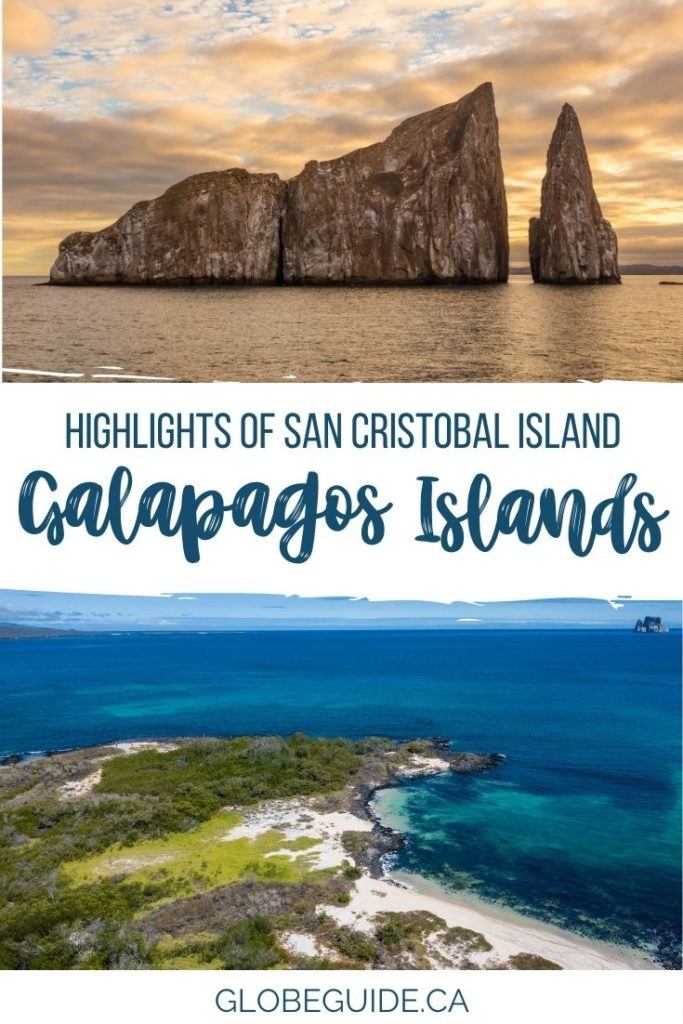