The best things to do in Olympic National Park, Washington 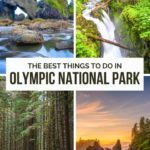 Sprawled out over an astounding one million acres of land and home to the likes of towering mountain ranges, rainforests, waterfalls and sun-kissed beaches, the options for things to do in Olympic National Park are endless. 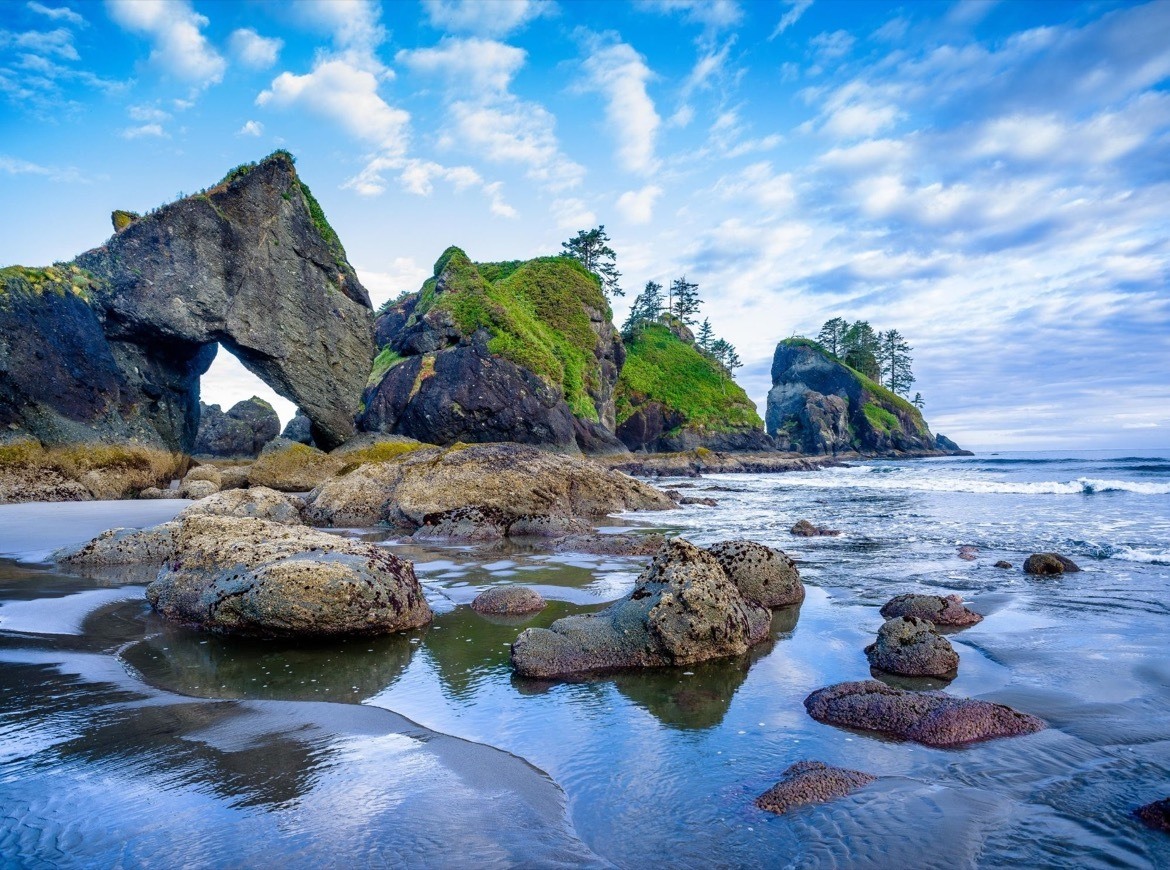 Nestled in the northwestern tip of Washington state, the UNESCO World Heritage Site has mesmerizing views of the Salish Sea, Pacific Ocean and even across the water to Vancouver Island in Canada.

Mount Olympus is the highest point at nearly 8,000 feet, and is surrounded by the dramatic Olympic Mountains which shelter hundreds of miles of trails, glistening lakes, tranquil falls and even archaeological sites. 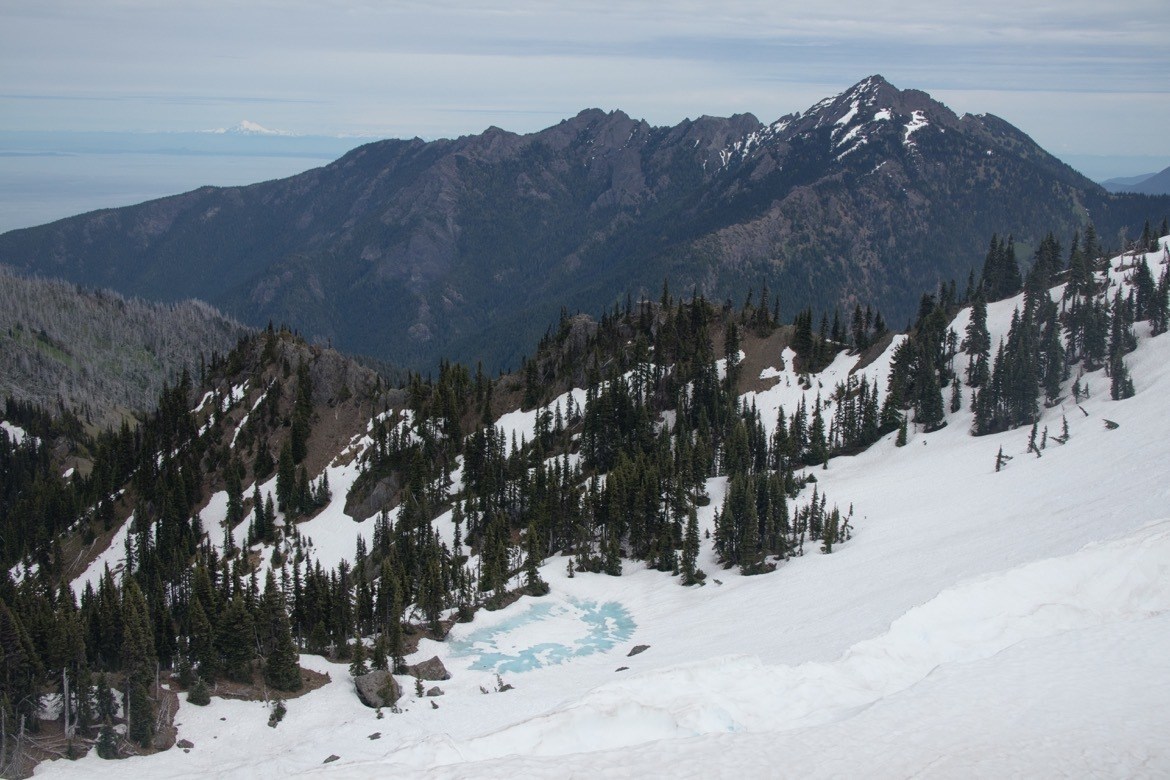 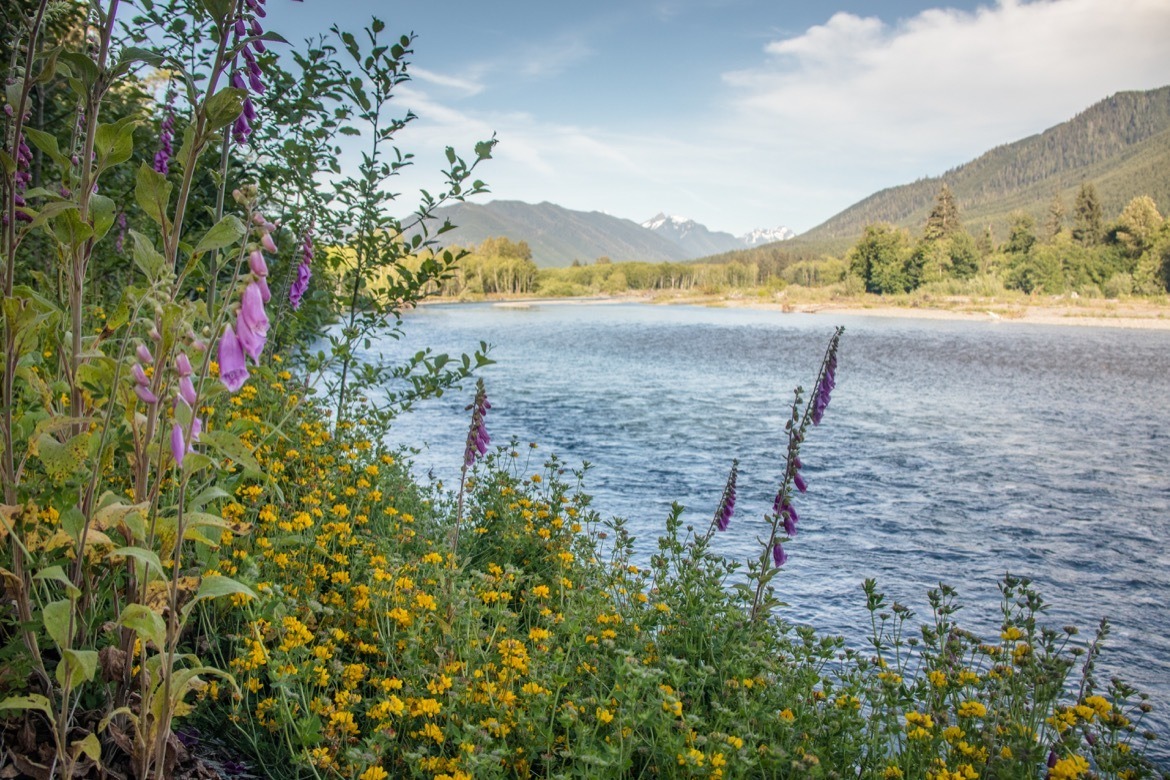 There are few places on the planet where you can see such diversity in a single day, which is just one of the things that makes the Olympics so special. The ultimate road trip destination, most visitors hop on the Olympic Peninsula Loop and drive along Highway 101 which circles the park, hopping out along the way to check out attractions like scenic viewpoints, hikes through an old growth forest and beachcombing.

From the top trails to soaking in natural hot springs, here are some of the best things to do in Olympic National Park.

Tackle one of the best hikes in Olympic National Park

When it comes to hiking Olympic National Park, there’s no shortage of spectacular trails. From ocean walks to mossy forests to mountain summits, there’s a huge variety of scenery and options to suit all skill levels and interests. 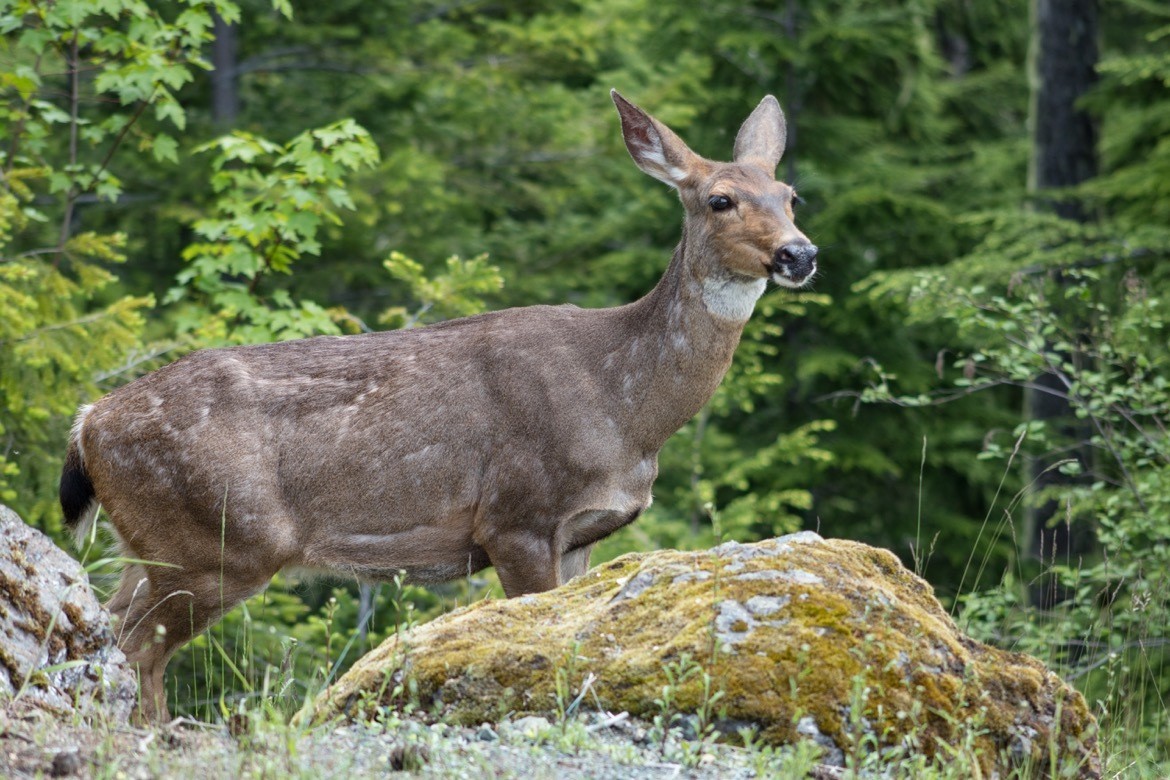 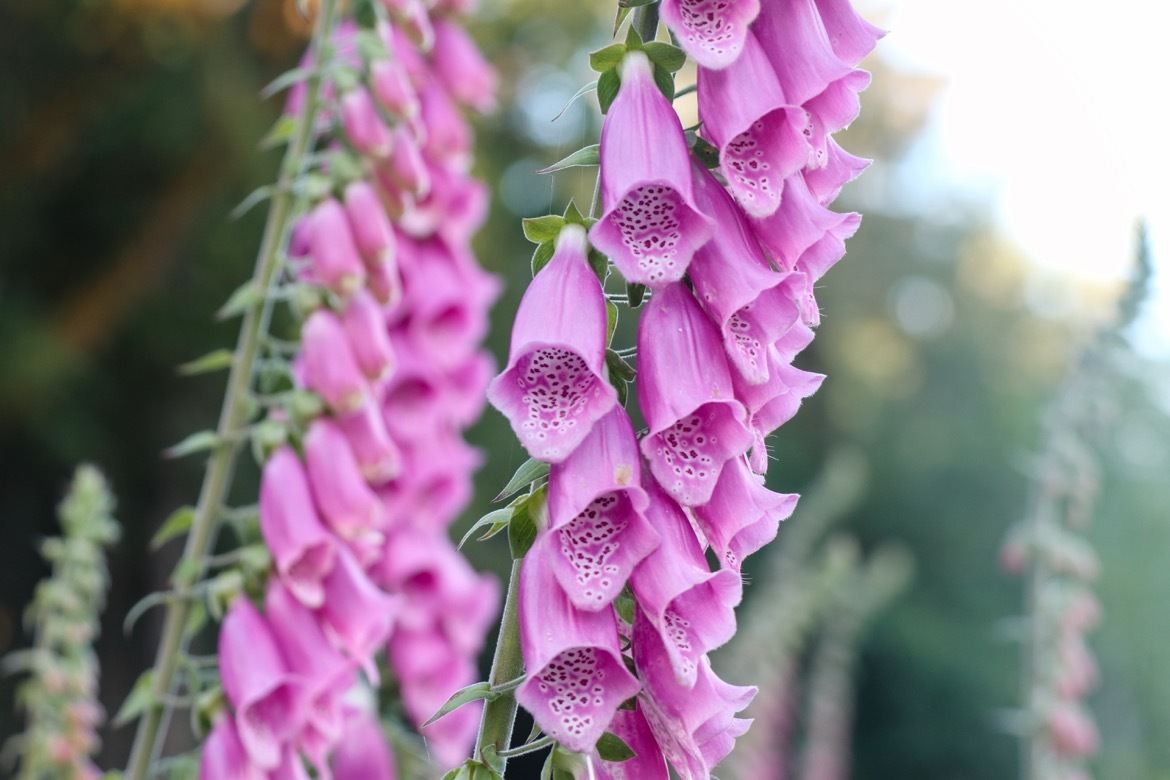 Hurricane Hill is considered to be one of the best hikes in Olympic National Park, thanks to its spectacular views from the top.

Starting from the Hurricane Ridge area near Port Angeles, it takes just under an hour of walking along a wide trail with a moderate incline to reach the summit, which sits at 5,757 feet. There, you’ll find panoramic views of the surrounding mountain ranges, be able to look across the water to Canada, and see snow even in the middle of summer. 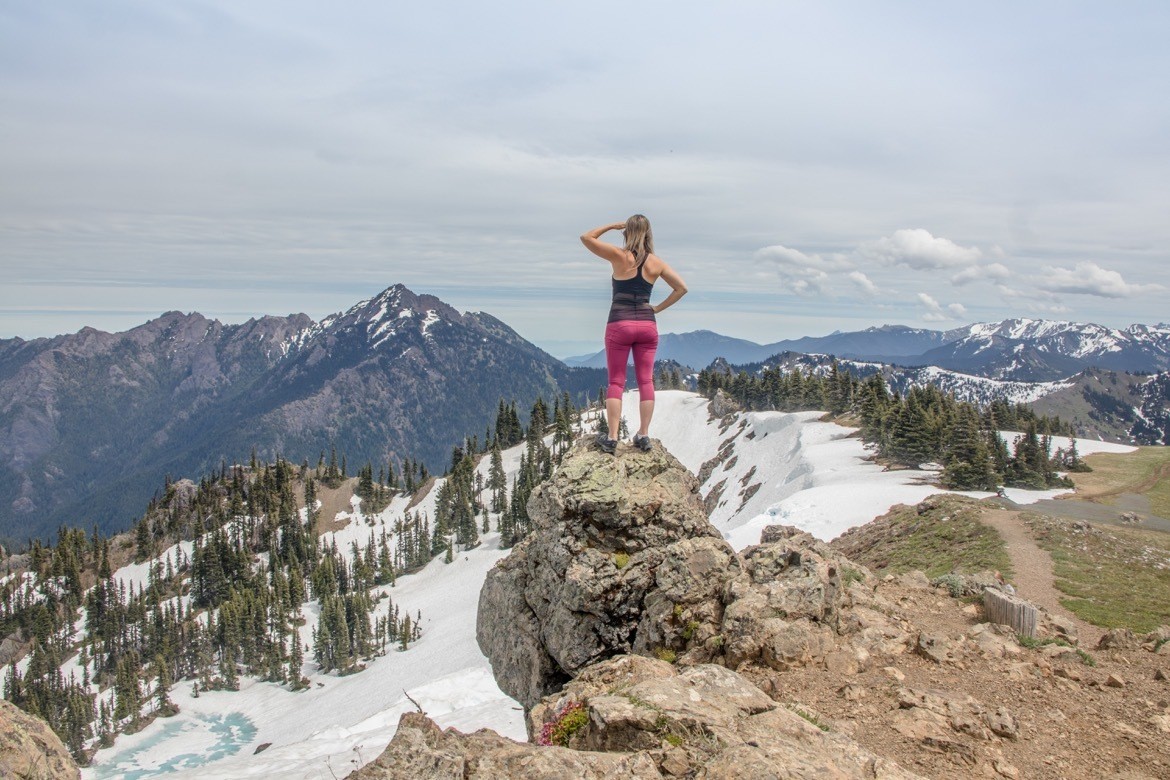 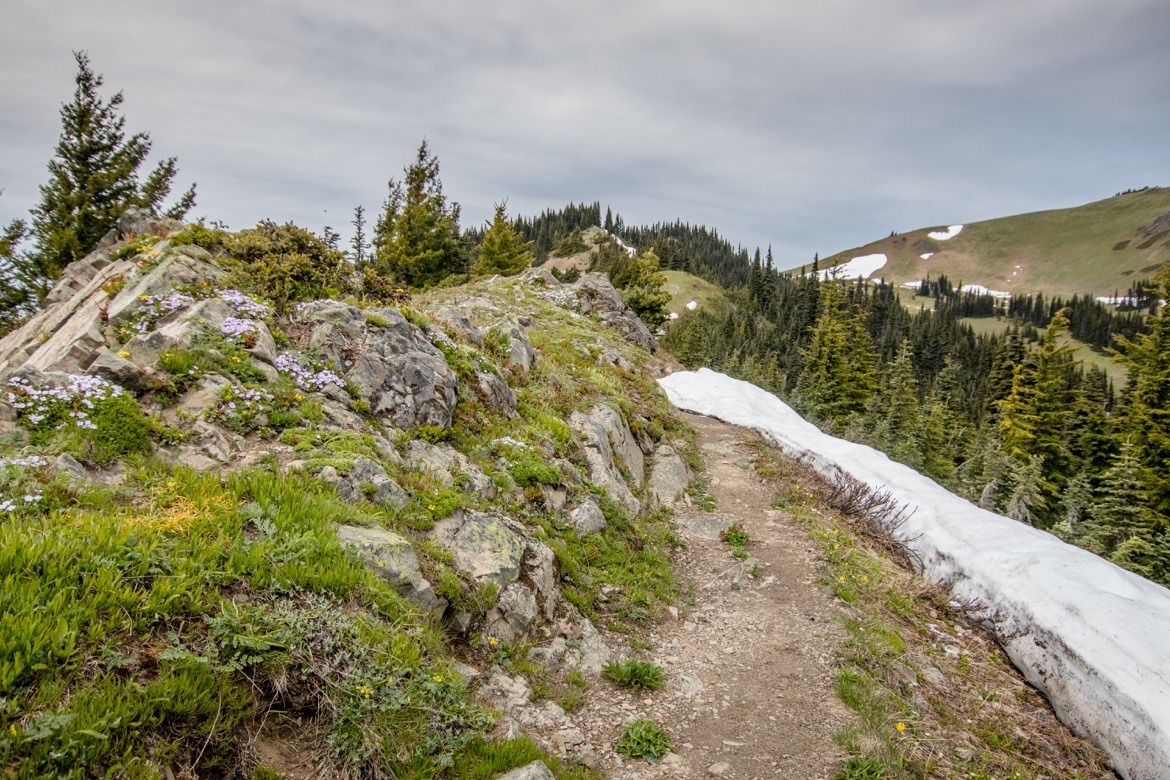 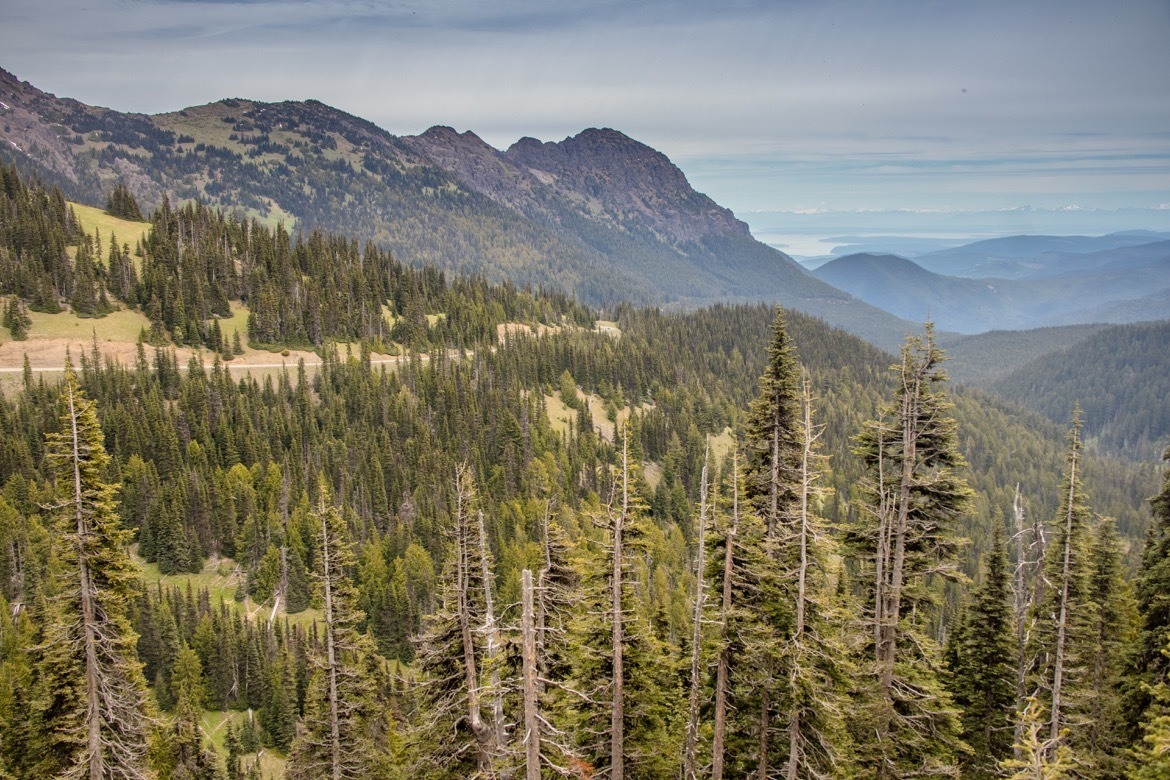 Other great hikes in Olympic National Park include: 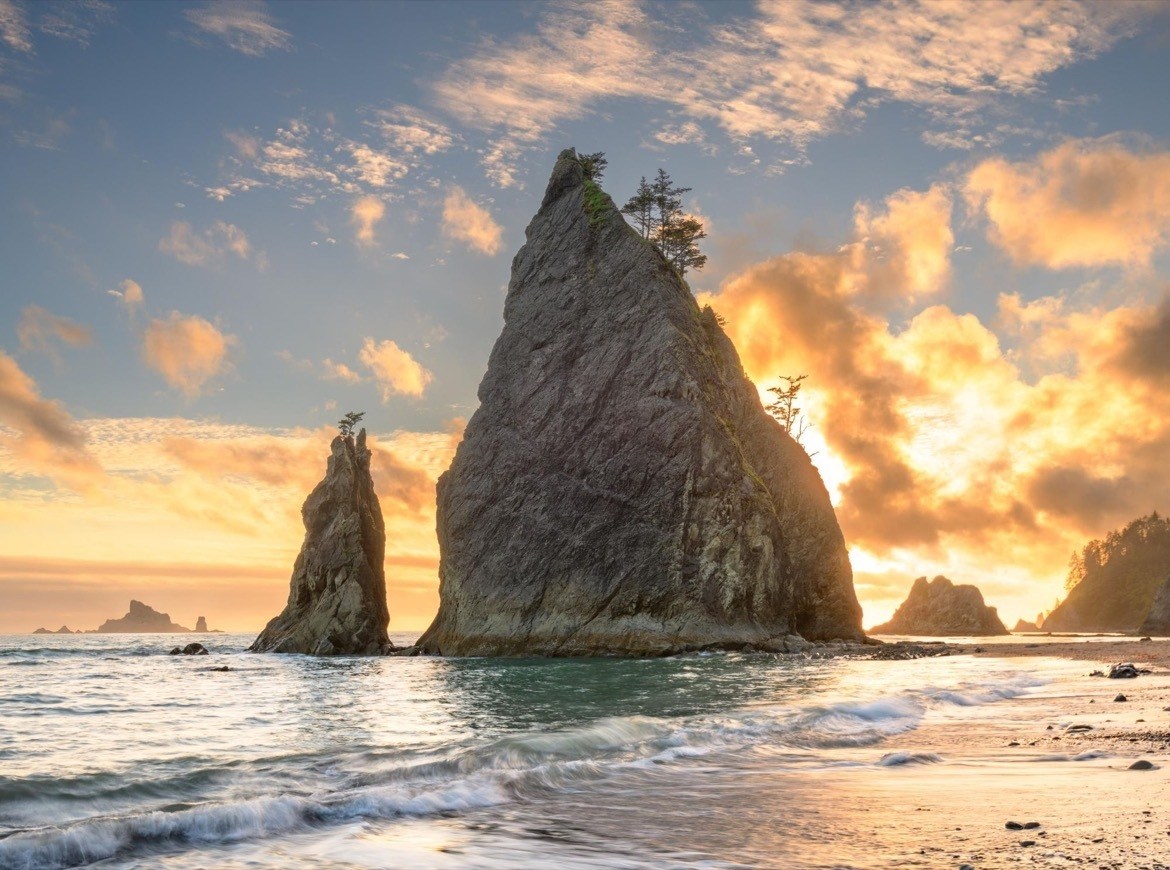 Play in the waves at Ruby Beach

Towering rock formations, tide pools and massive driftwood structures make Ruby Beach one of the best beaches in Olympic National Park. It takes about five minutes to walk down the wide, dirt pathway from the parking lot, and there are a couple of fantastic viewpoints en route.

Pack a picnic and admire the sea stacks as you enjoy lunch at what some people say is the prettiest beach in all of Washington State. 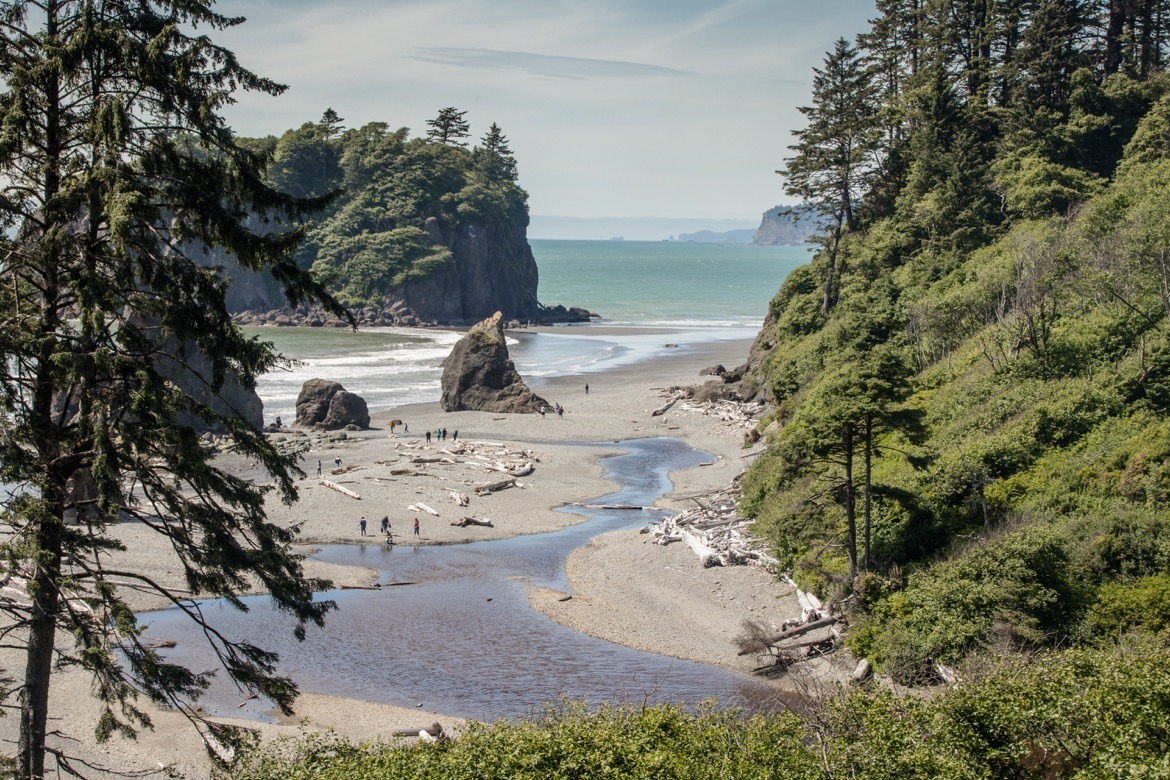 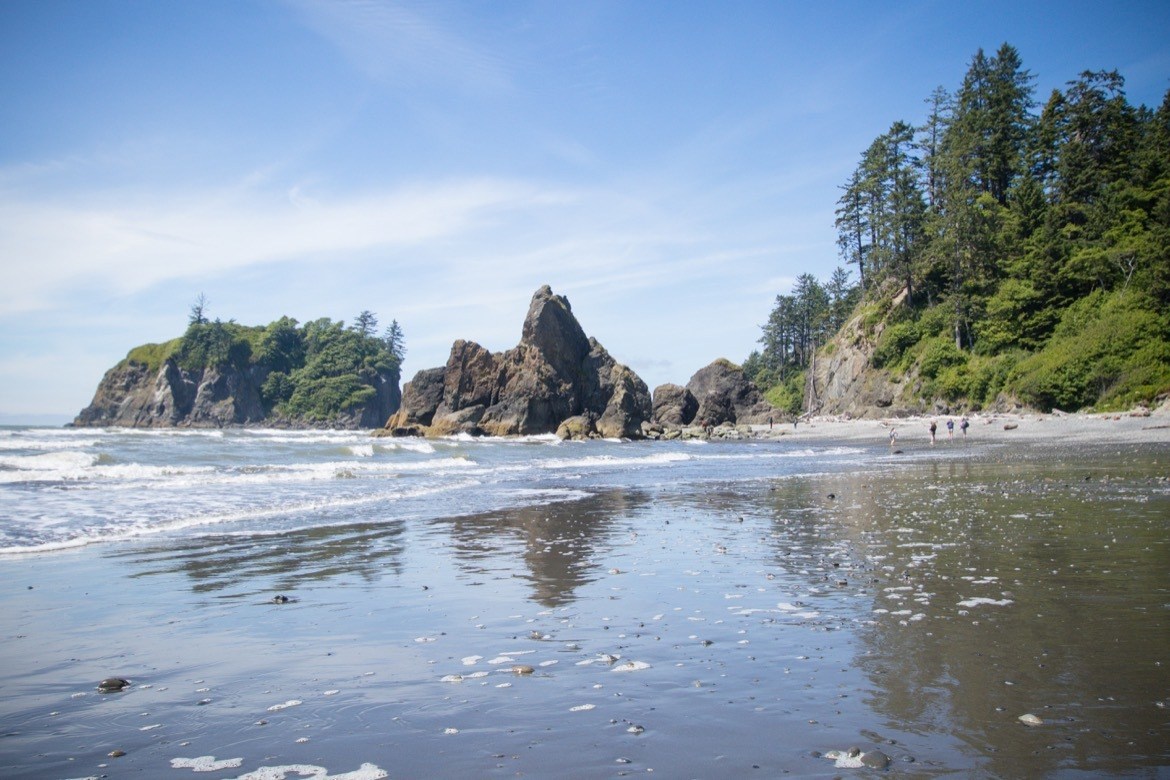 Rejuvenate at the Sol Duc Hot Springs resort, which has three mineral soaking pools and a freshwater pool, fed by rain and melting snow in the park. It then seeps through sedimentary rocks and mixes with gas from volcanic rocks, creating mineralized spring waters that heat up to as much as 40C.

Don’t miss nearby Sol Duc Falls, one of the prettiest waterfalls in Olympic National Park that cascades nearly 50 feet down into a rocky canyon. The trailhead for the 1.6 mile, family-friendly loop starts behind Sol Duc resort. 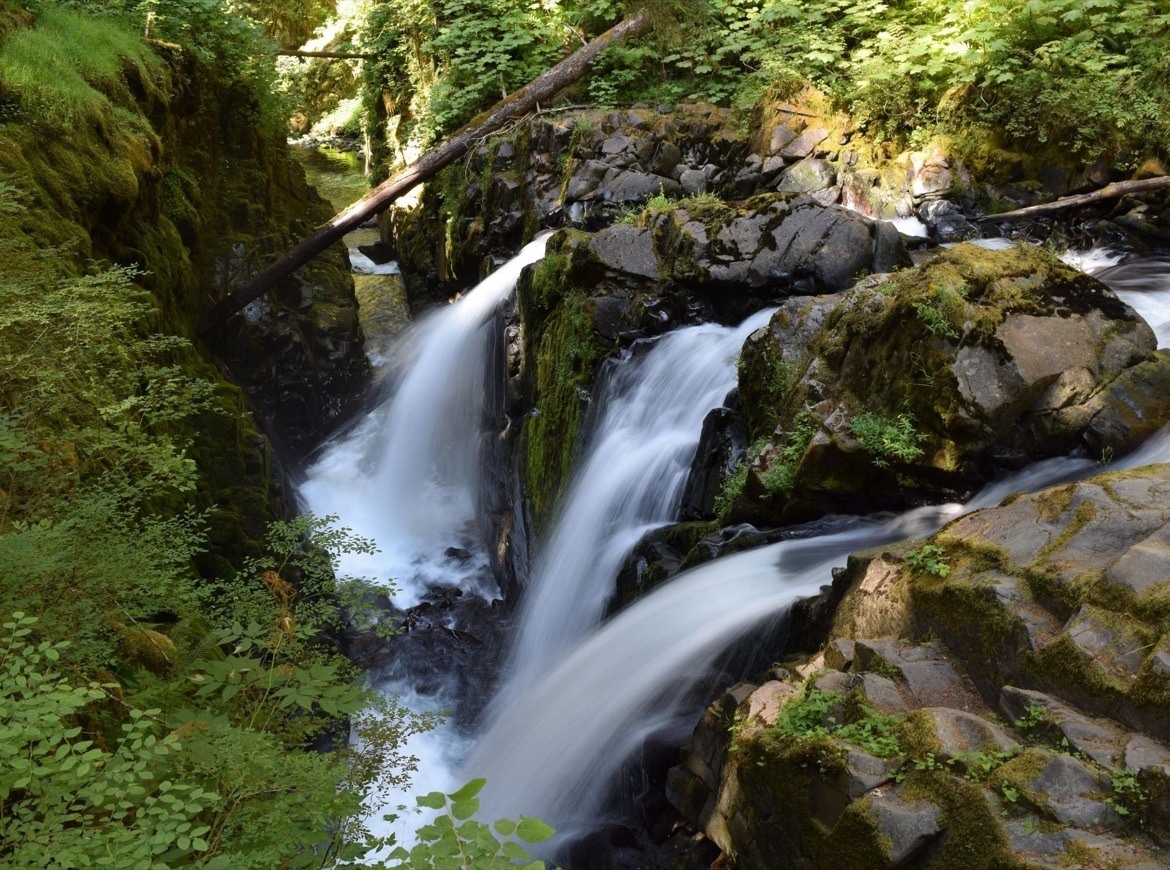 Where to stay: Rent a cabin or pitch a tent at the Sol Duc Hot Springs Resort, and enjoy the springs at your doorstep. Wake up in one of the camp sites surrounded by towering evergreens, the Sol Duc River and beautiful valley.

The otherworldly Hoh Rain Forest is a must see in Olympic National Park, where a thick canopy of rich green ferns and moss envelop the forest. Found on the west side of the peninsula, the area sees an average of 140 inches of rain a year, making it one of the best examples of a temperate rainforest in the USA. 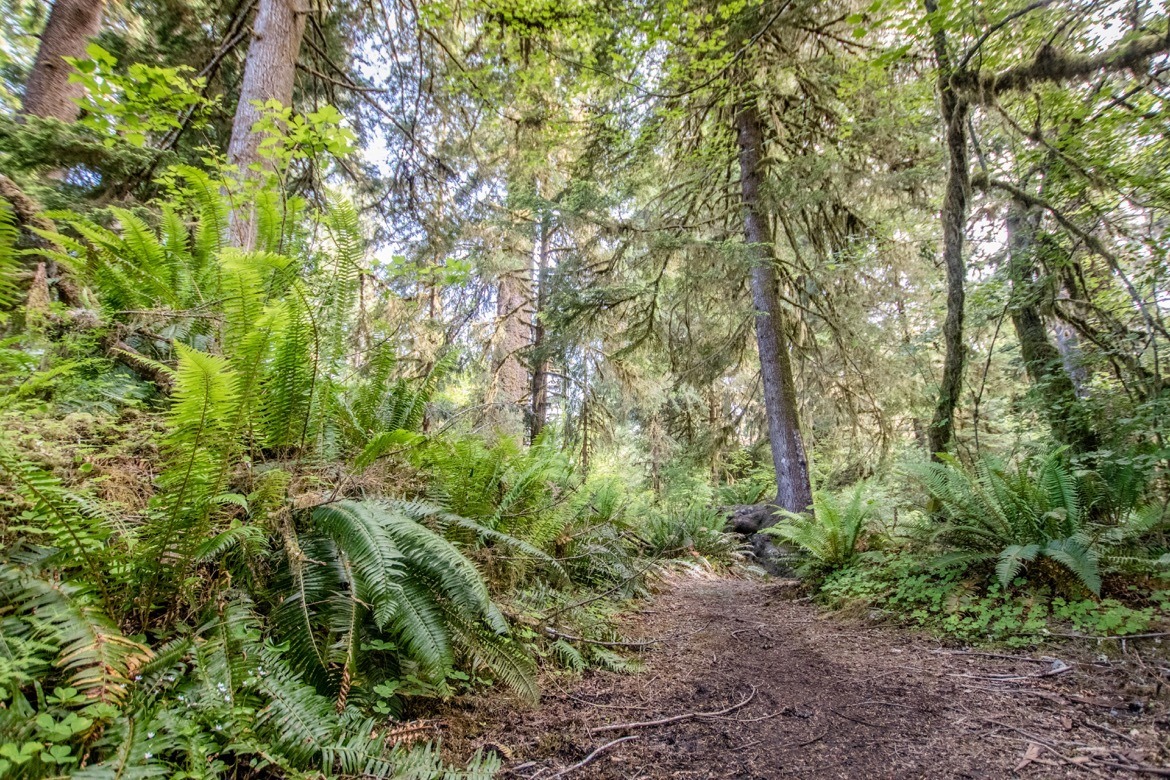 The Hall of Mosses

There are two short interpretive trails that loop through the park near the Visitor Centre: the 1.2 mile Spruce Nature Trail, and the popular .8 mile Hall of Mosses which leisurely winds through the rainforest and leads to a gorgeous overlook of the Hoh River. For more of a trek, take the 17.3 mile Hoh River Trail to Glacier Meadows on Mount Olympus. 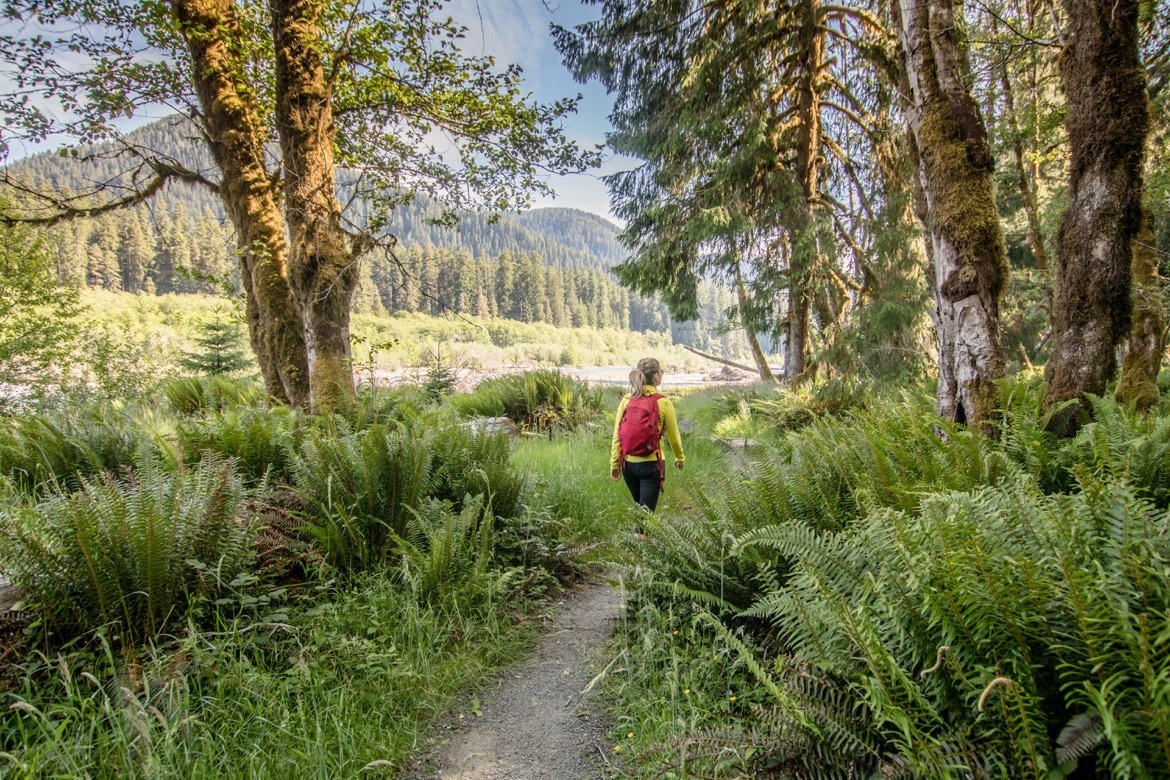 The Hall of Mosses 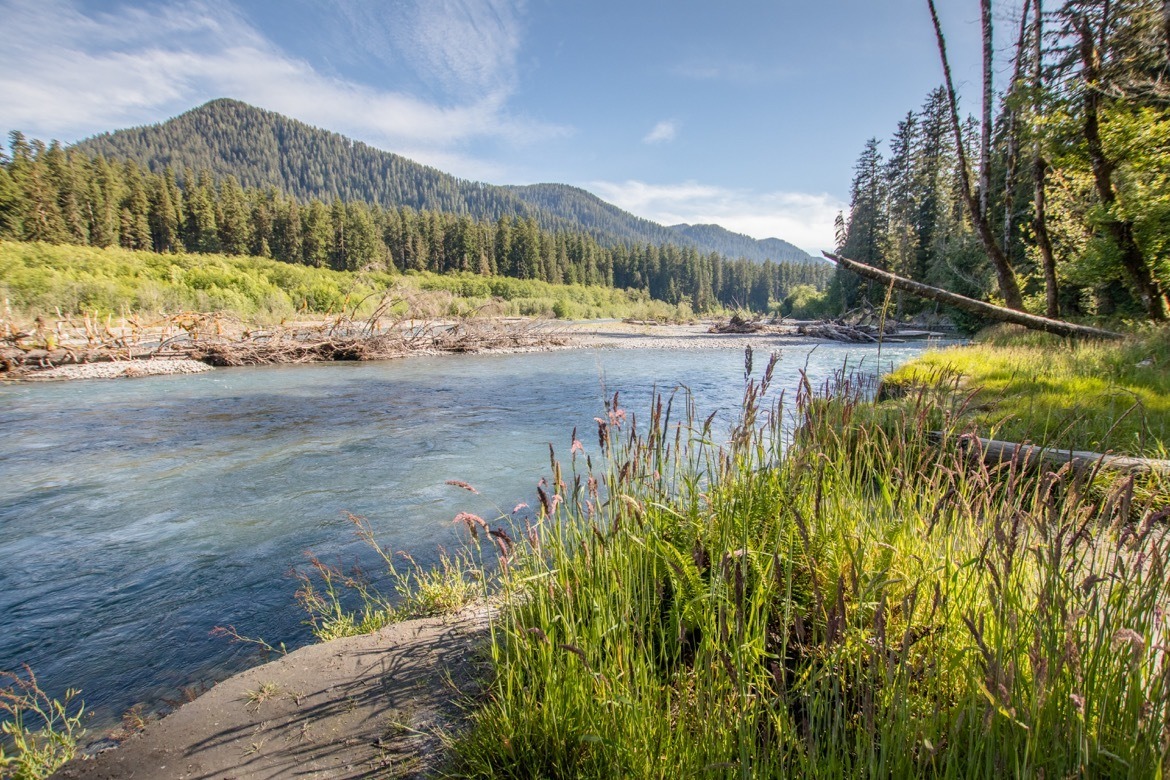 Lake Quinault is a great place to kick off your Olympic National Park itinerary if you’re starting the loop on the western side. The relaxing lake is nestled in a rainforest, and a great way to explore is by doing the 30 mile Quinault Rain Forest Loop drive which winds through the Quinault Valley.

Keep an eye out for wildlife like elk, deer, bald eagles and even bobcats, go for a waterfall hike or cool off in the water. 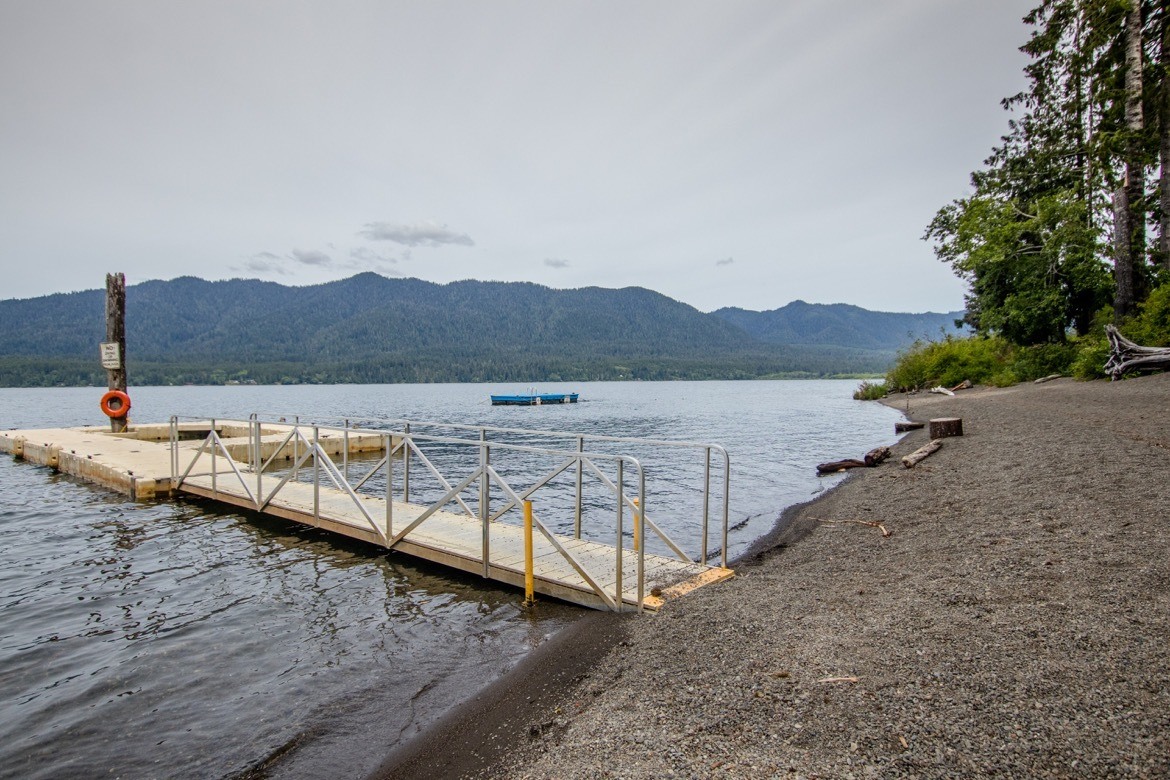 Don’t skip a stop at the world’s largest Sitka Spruce tree, found a few minute’s drive past the Rain Forest Resort Village. Enjoy the quick walk down a shaded pathway, and marvel at the tree which towers 191’ tall and is estimated to be more than 1,000 years old. 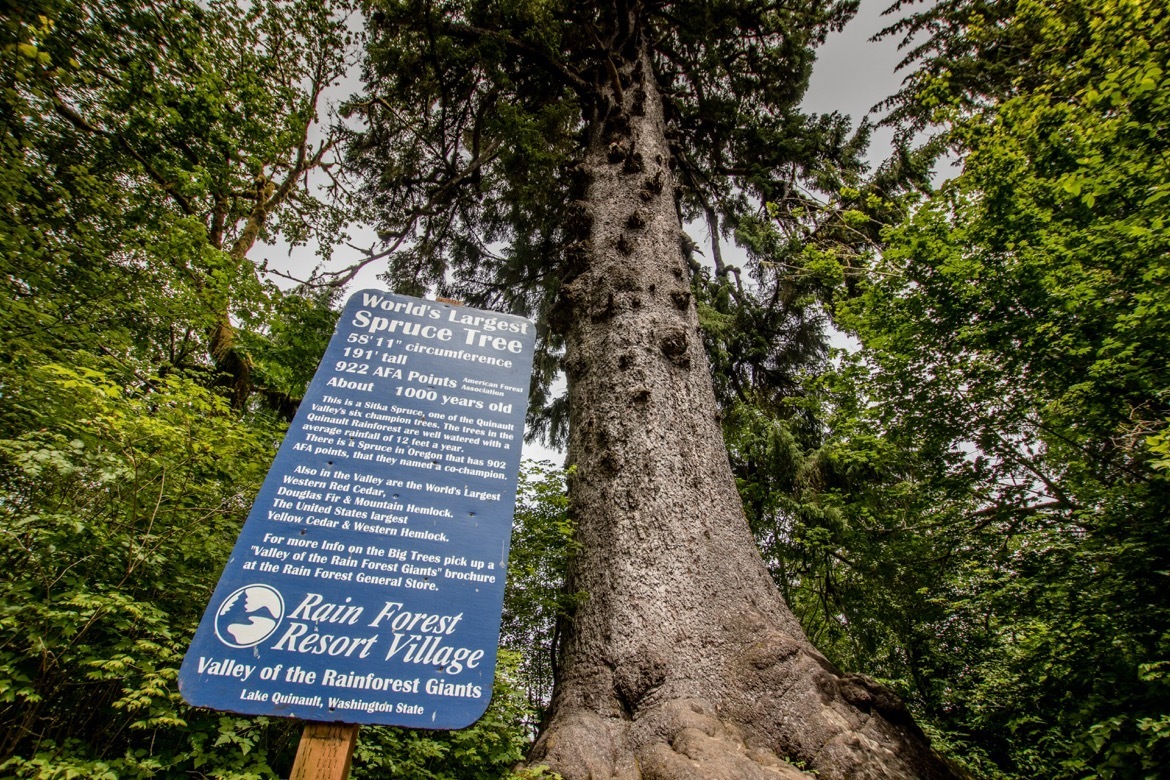 Where to stay: The grand, historic Lake Quinault Lodge dates back to 1926, and has a prized position right on the shores of the lake. Guests love the easy access to trails, indoor heated pool and saunas. The Rain Forest Resort Village is next door, overlooks the lake, and has a variety of rooms, cabins and RV hookups to suit all needs. 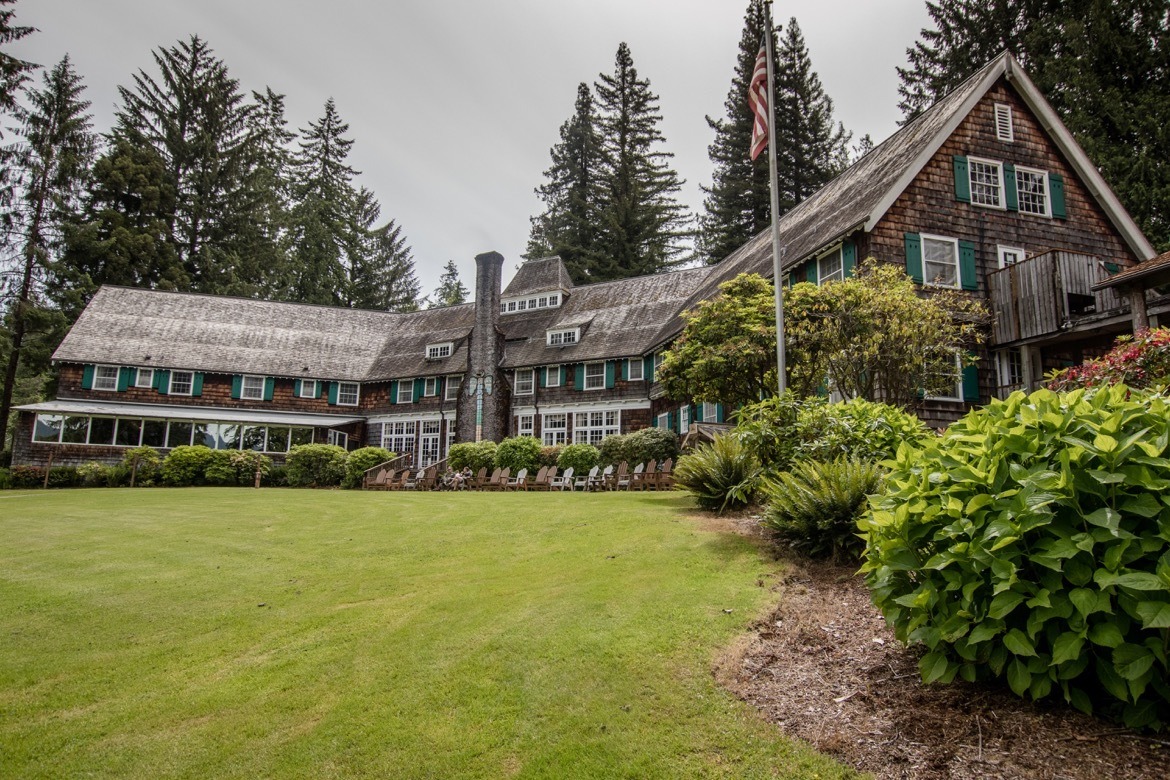 Get wet at Lake Crescent and Marymere Falls

One of the biggest lakes in Olympic National Park is Lake Crescent, located near Port Angeles in the northern foothills of the Olympic Mountains. The deep, glacial lake can be smooth as glass, making it a great spot for fishing, sailing and kayaking.

A few tranquil trails wind around it, including the 1.7 mile out and back hike to Marymere Falls which is a picturesque 90-foot waterfall. 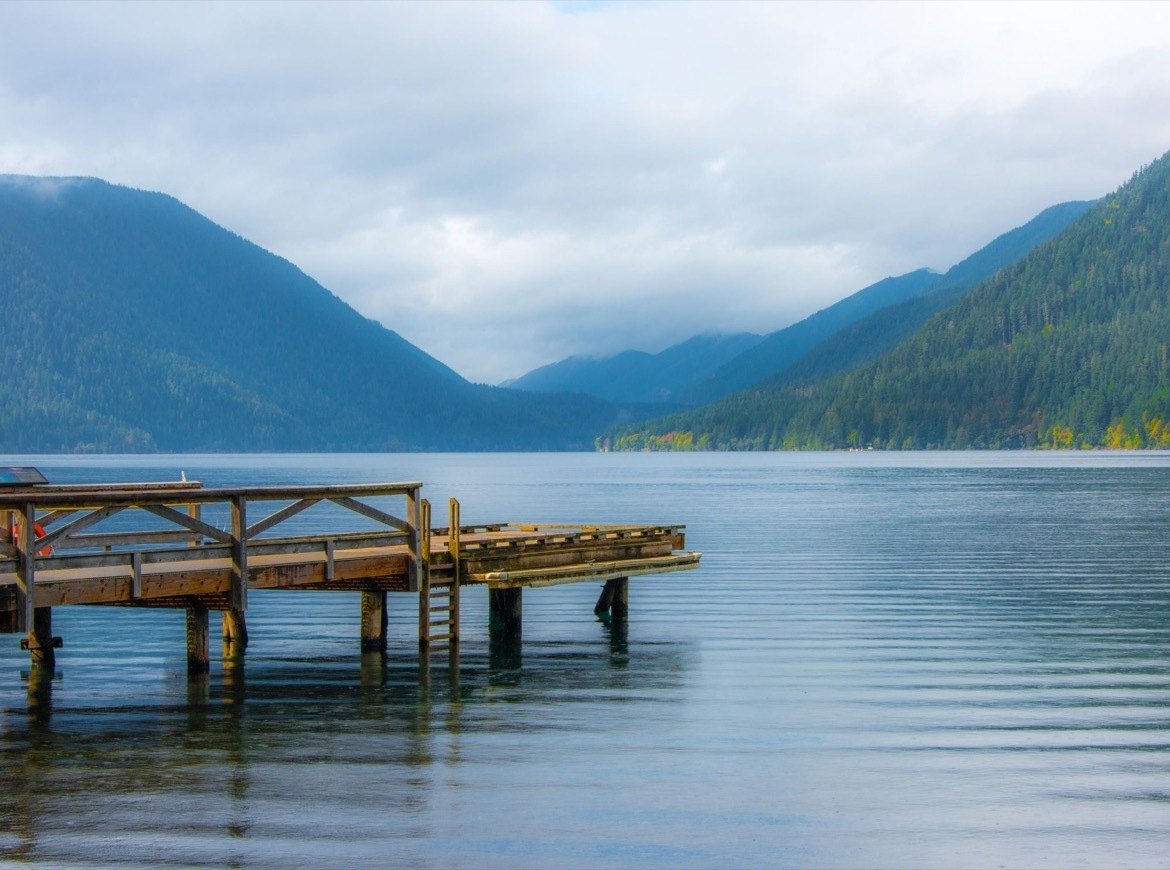 Where to stay: The historic Lake Crescent Lodge was built in 1915, and has cozy cabins with stone fireplaces, guest rooms and cottages free from technology like TVs so you can truly unwind. Fairholme campground is another option, with 87 campsites on the west end of the lake. 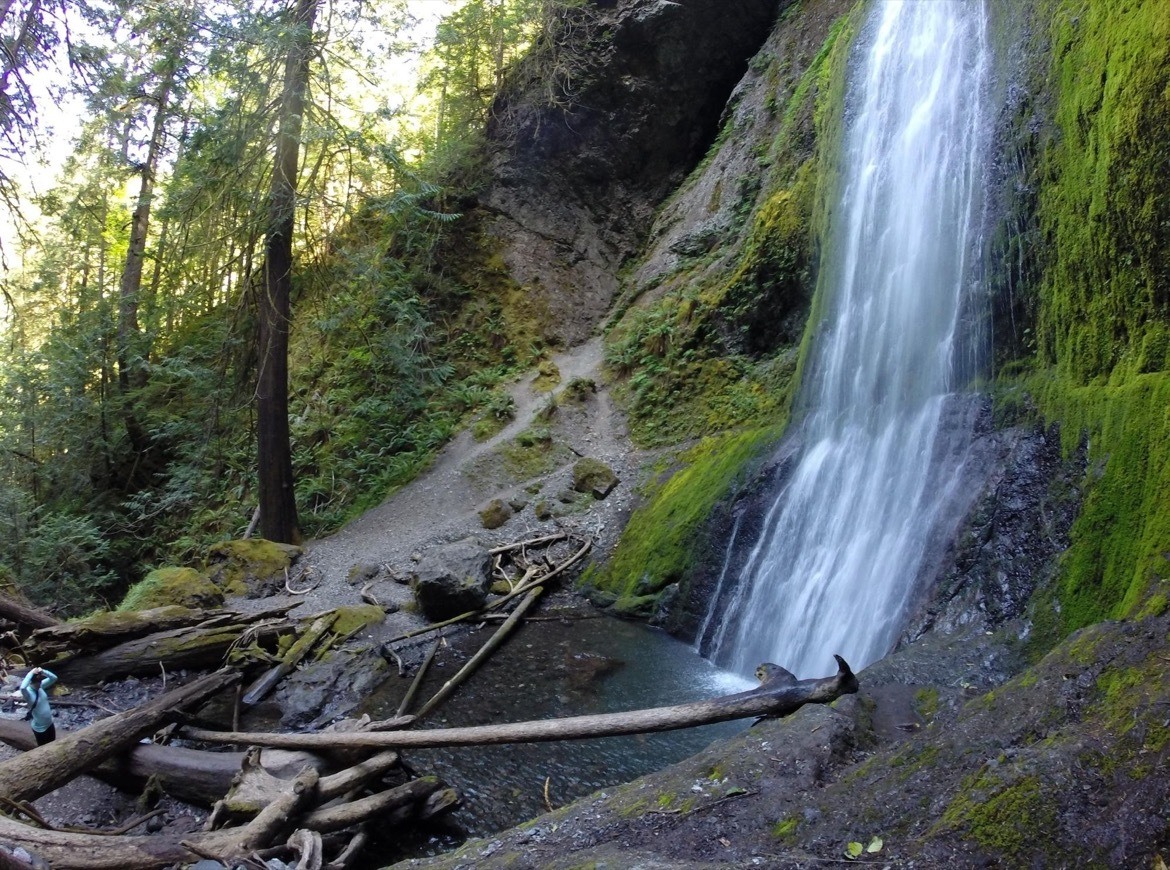 Enjoy the view from the Mt Walker Viewpoint

One of the most panoramic vistas in Olympic National Park is from the Mt Walker viewpoint. The four mile drive up this narrow, winding road (open from May through October) is bumpy, but well worth it for the mind-blowing views. On a clear day you can see Mt Rainier, Puget Sound and even downtown Seattle from the south lookout point. 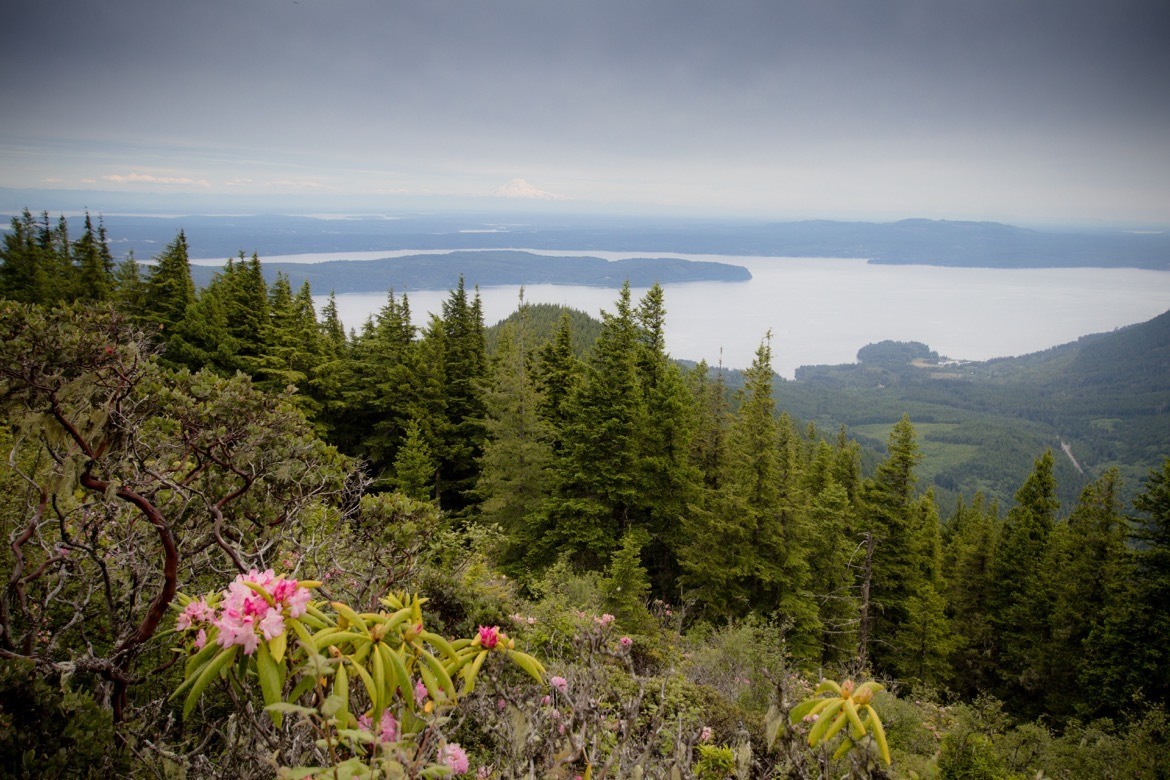 The view looking towards Seattle 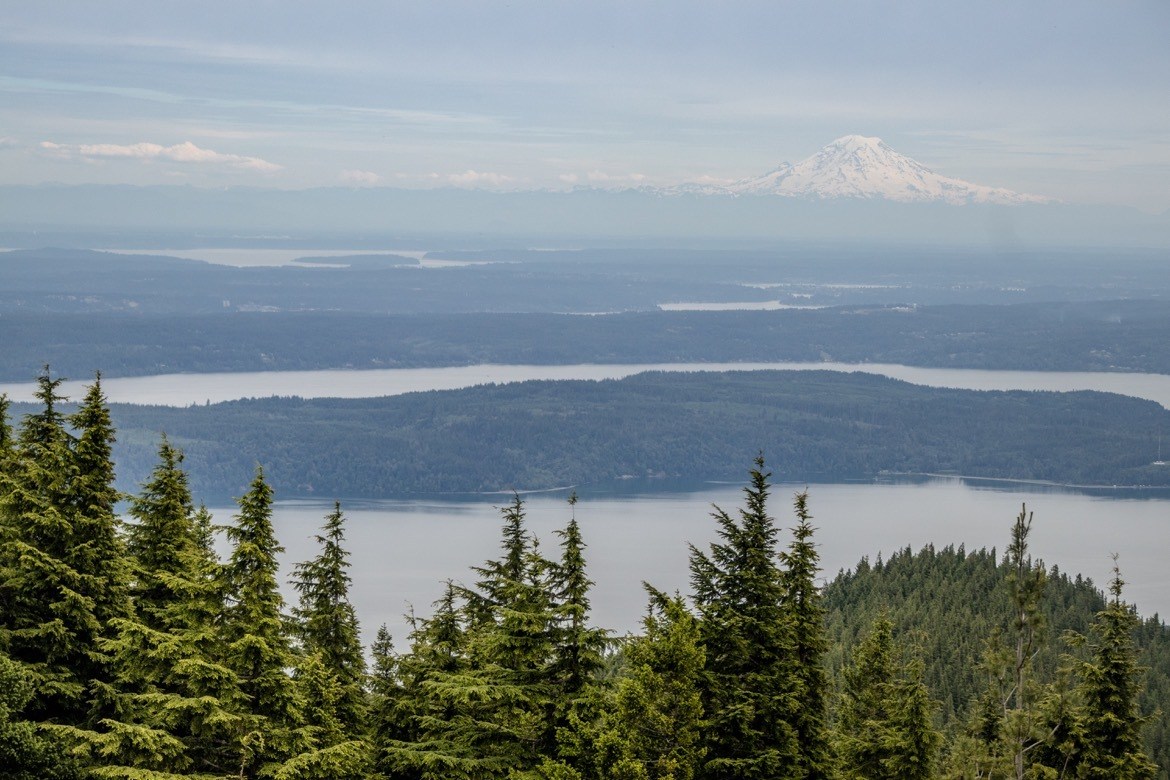 Where is Olympic National Park: There are many different entrances into the park, with most people driving in from the Seattle area which is only 60 miles away. Most enter through either the Elwha or Sol Duc Entrances up north, the Hoh Rain Forest Entrance on the west side of the peninsula, or the Mora Entrance along the coast. The city of Port Angeles has a ferry service linking it to Vancouver Island, which is how most visitors arrive from Canada. The park is also a great addition to a west coast USA road trip.

Best time to visit Olympic National Park: There are plenty of attractions here all year round, so when you visit will determine the options for what to do in Olympic National Park. July and August are the most popular times thanks to the warm weather, which also means that accommodation is at a premium and the trails and parking lots are busier. Some people prefer to visit in the shoulder seasons of spring or fall instead, when there are still beautiful colours, mild conditions and less people around. In winter there can be heavy amounts of snow, which opens up the park for fun activities like skiing.

Weather in Olympic National Park: The weather is typically unpredictable in the Pacific Northwest, and also varies within different areas of the park depending if you’re down near the beach or high up on a mountain. You can typically expect it to be rainy, windy or blazing hot in the summer months, so be sure to pack plenty of layers and waterproof gear, as well as sunscreen, a hat and lots of water. During winter areas like Hurricane Ridge see up to 35 feet of snow, so be sure to check road conditions before heading out. 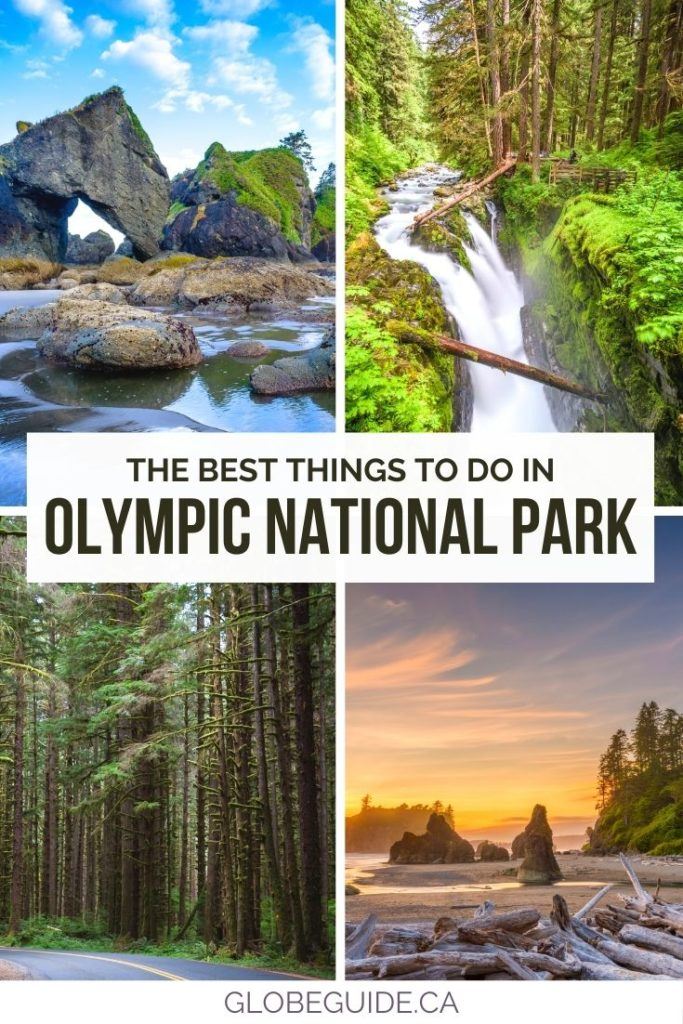 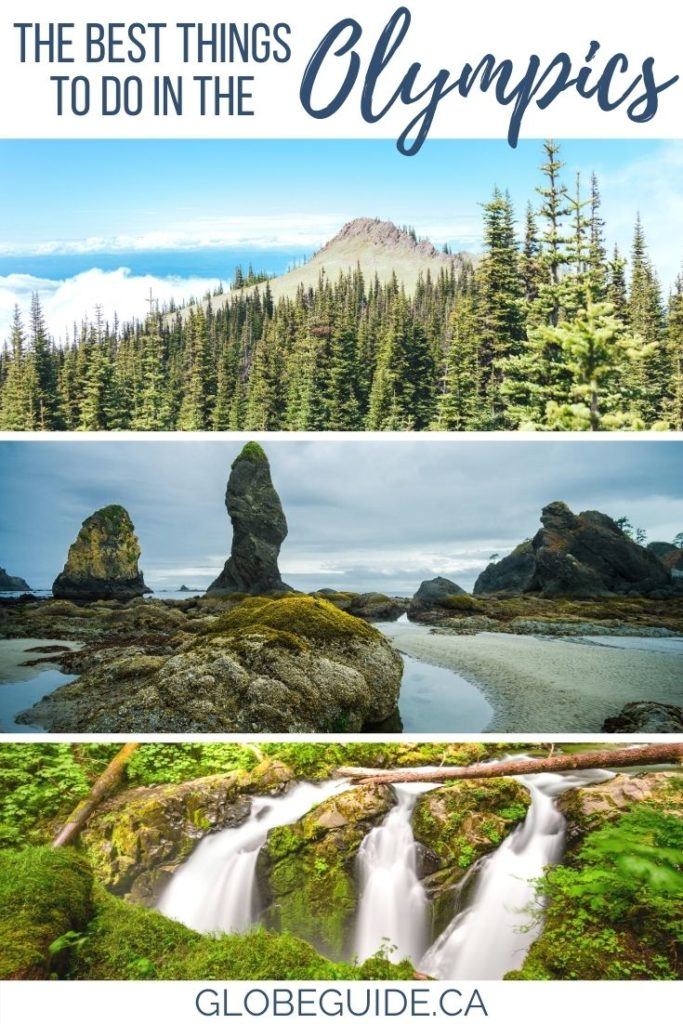 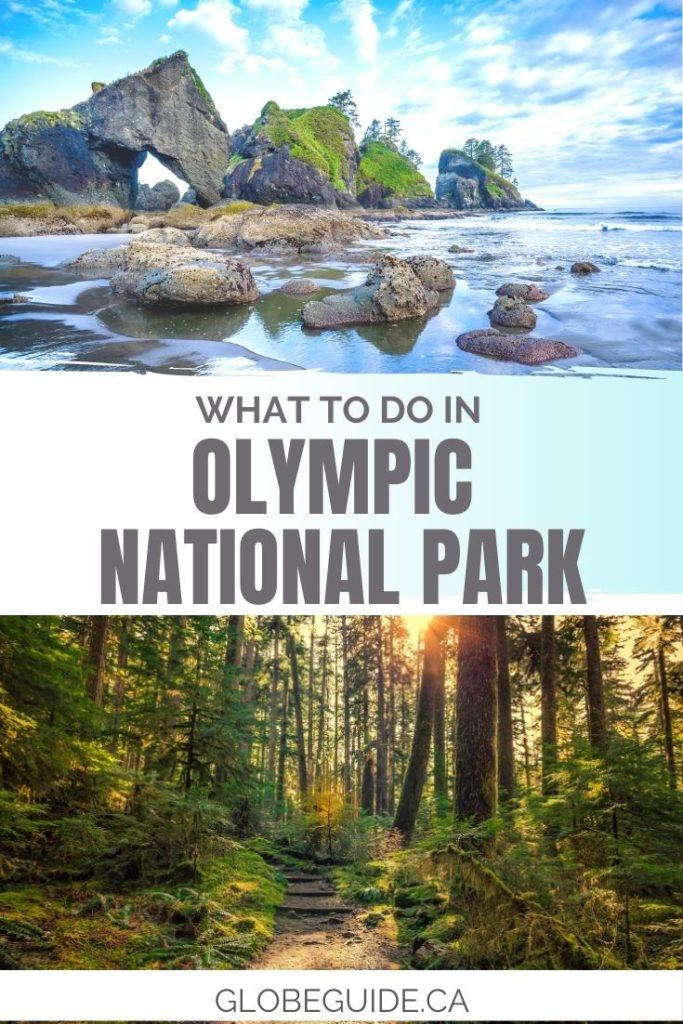