The ultimate guide to the top sights in Helsinki, Finland 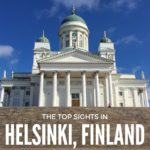 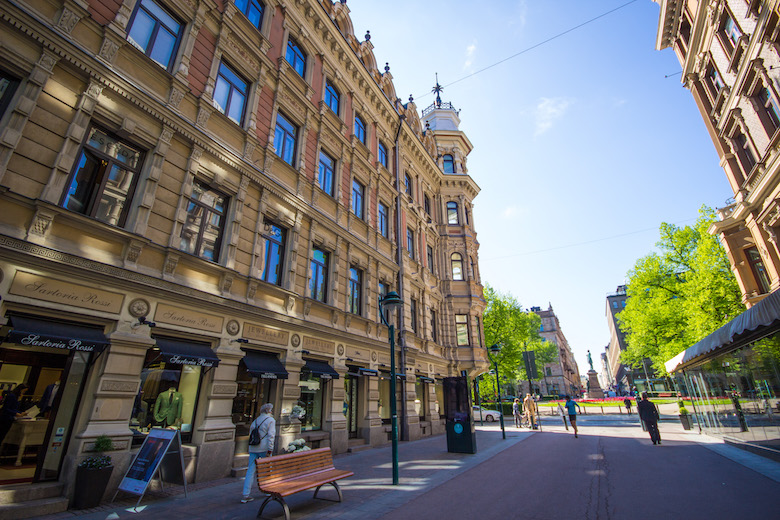 This post was originally published in September 2016, and updated in April 2018.

Whether a stop in Helsinki is part of a tour through Finland or a quick day trip from cities like Tallinn or St. Petersburg, the Finnish capital is a popular stop on any Scandinavian itinerary. Situated on the shores of the Gulf of Finland with easy maritime links to other countries scattered around the Baltic Sea, Helsinki is surprisingly laid-back compared to other major European cities—which one can only assume has something to do with its famous sauna culture.

The cosmopolitan city is a great place to get a taste of Scandinavia without breaking the bank, as prices are slightly lower than those found in neighbouring Sweden and Norway. Even better, its main landmarks can be seen in just one day, making it the perfect spot for a city break. With that in mind, here’s the ultimate guide to best sights and things to do in Helsinki, Finland. 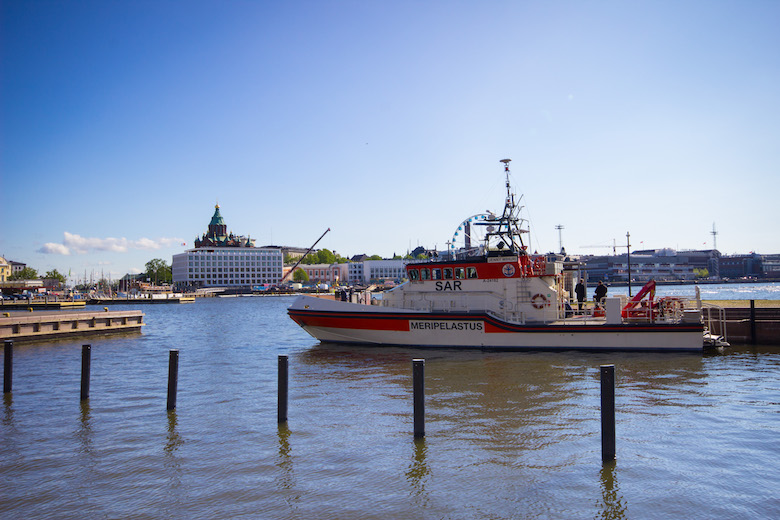 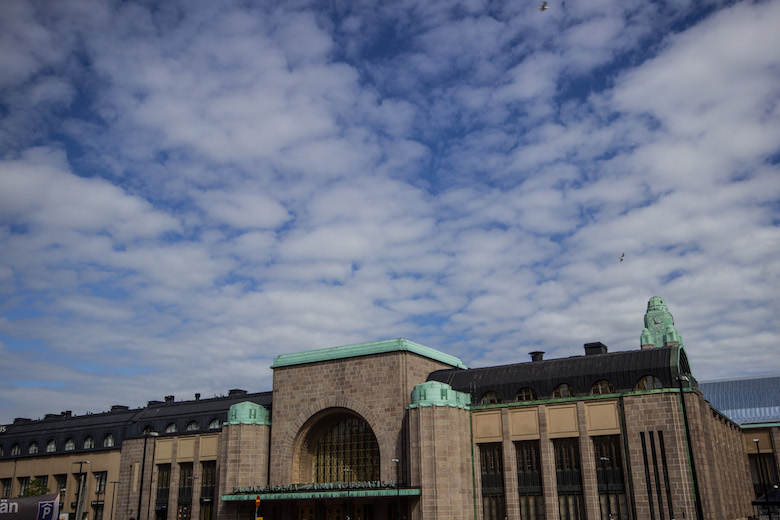 The main train station in Helsinki

What to do in Helsinki: Helsinki Cathedral and Senate Square

Undoubtedly the most famous building in the entire country, the blindingly-white Helsinki Cathedral is perched over expansive Senate Square, making for the perfect photo-op. Consecrated in 1852, the Lutheran church’s onion domes draw inspiration from neighbouring Russia, while statues of the twelve apostles adorn the rooftop which soars more than 80 metres high. The cathedral is visited by half a million people every year making it one of the top Helsinki attractions, and visitors are welcome to explore the inside free of charge. 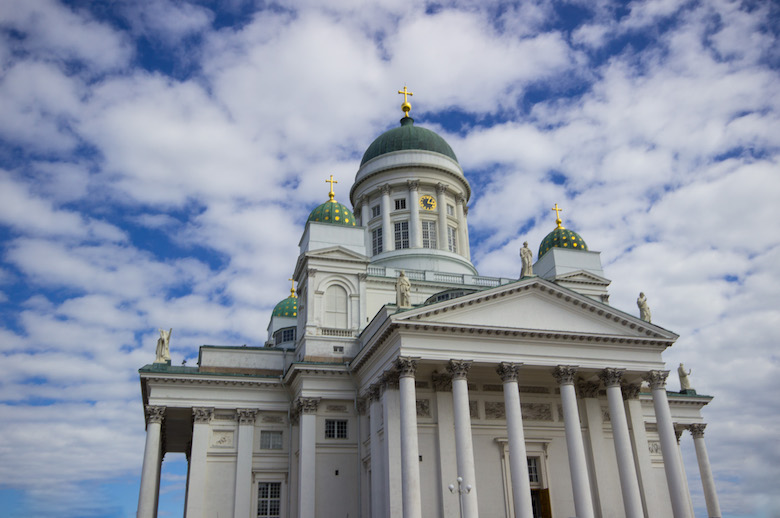 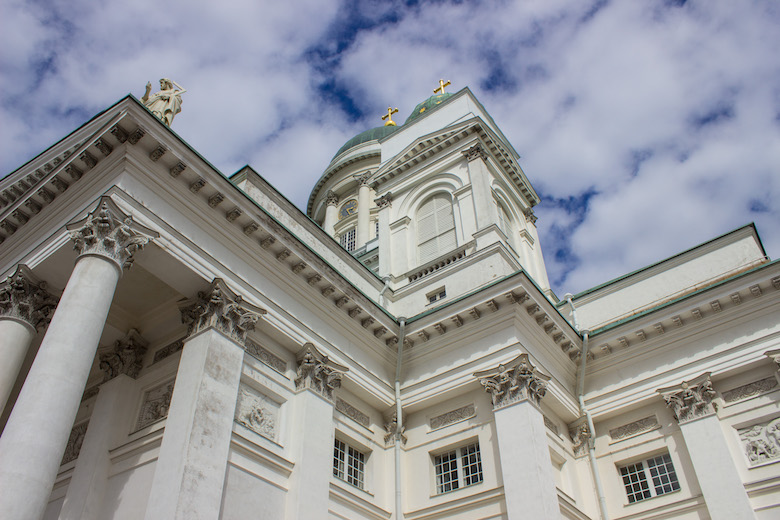 Senate Square is framed not only by Helsinki Cathedral but also the Government Palace, University of Helsinki and the National Library of Finland, which are all examples of Neoclassical architecture.  It can also be a hub of activity—particularly in the afternoon—as many of the city sightseeing buses begin and end their tours here. 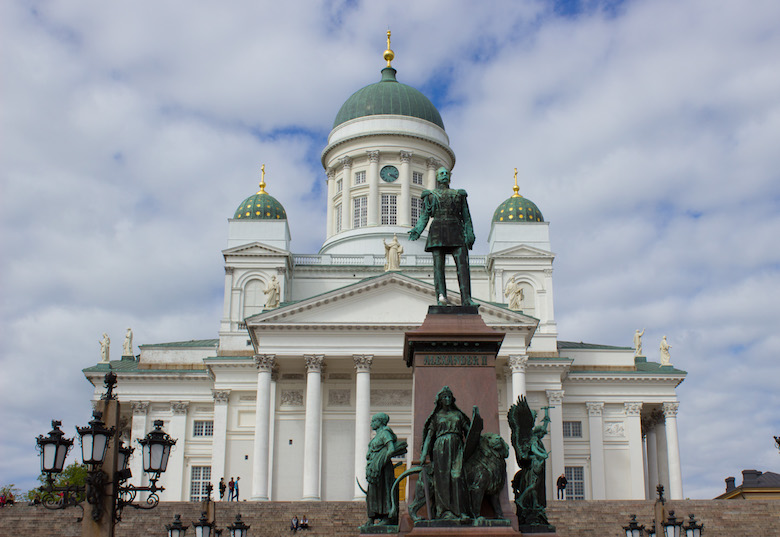 A statue in Senate Square

The Sibelius Monument is another one of the top things to see in Helsinki, yet few visitors actually make it to this iconic landmark as it’s located outside the city centre. However, it’s well worth the four kilometre trip out to see it, particularly when combined with a visit to the Rock Church nearby (more on that later). 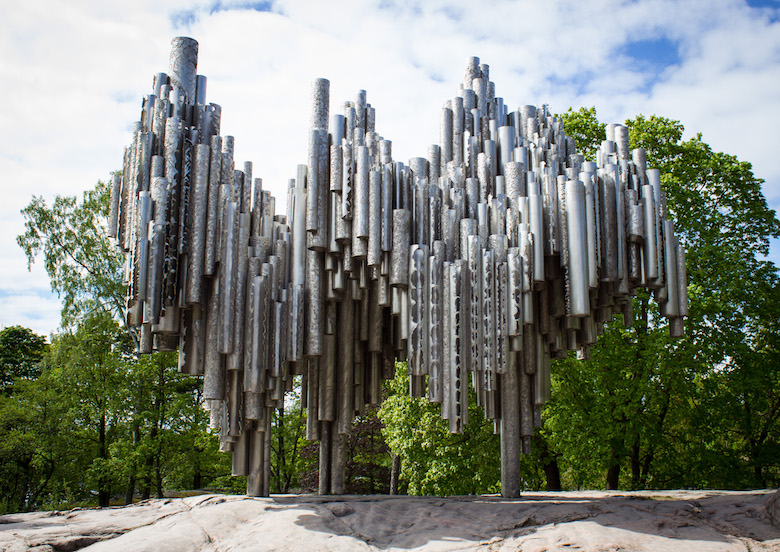 The aluminum monument was constructed out of three pieces of welded steel, and made to resemble organ pipes in honour of the famed composer Jean Sibelius. It stretches nearly nine metres high and over 10 metres wide, has more than 600 pipes, and is surrounded by a beautiful park that leads to the waterfront. For those who can beat the tour groups and have the place to themselves, the Sibelius Monument is a fantastic spot to enjoy a picnic in the park.

Have more than a day to spend in Helsinki? Here are some ideas for how to spend your extra time. 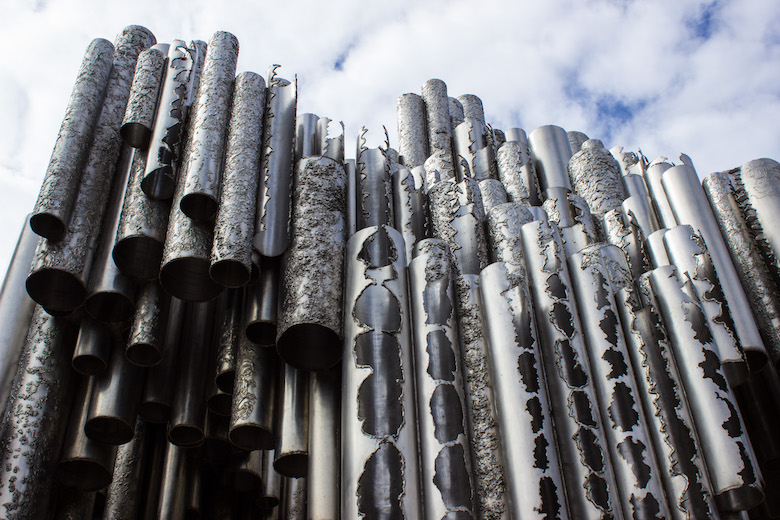 While Helsinki has the trappings of a classic European city with its towering churches and historic parliament building, it’s the city’s modern edge that catches visitors by surprise. There’s no better example of this than Kamppi Chapel. 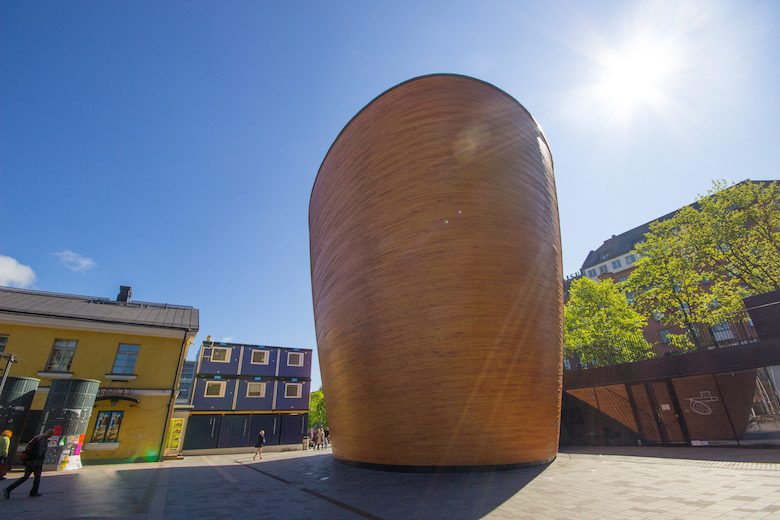 Standing just under 12 metres tall in the centre of Helsinki, it looks similar to the hull of a ship and is made of three different types of wood: spruce, alder and ash. Kamppi Chapel eschews the traditional way most European churches operate, and does not have a Sunday service. Instead, it’s staffed by health care experts offering assistance to those who may show up at the doors needing help, and is designed to offer solitude and prayer regardless of religion. 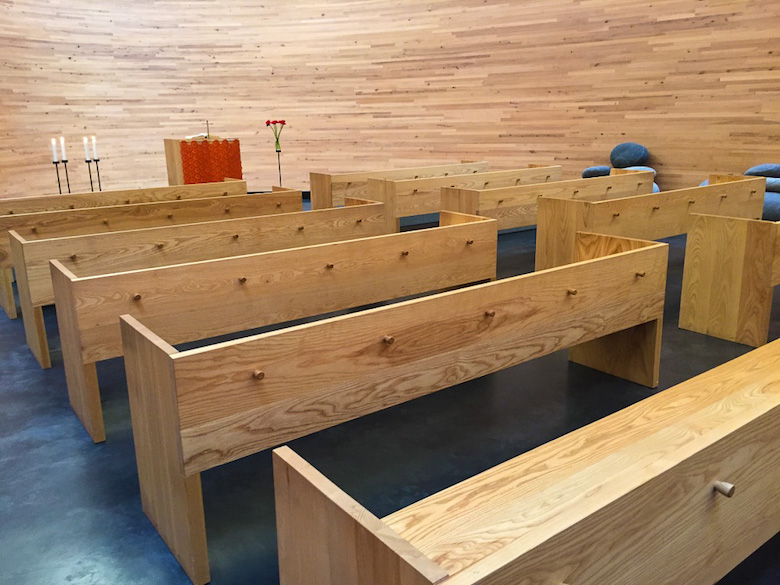 As if Kamppi Chapel weren’t memorable enough, there’s another unique prayer space in town: the aforementioned Rock Church. Found in Helsinki’s Töölö neighbourhood, the Lutheran church was commissioned back in the early 1900s, but there was one problem: area residents didn’t want a tall building ruining their view. So, a pair of architect brothers used dynamite to blow out a cave and built the church inside, much to the delight of the 500-thousand people who now visit the site each year. 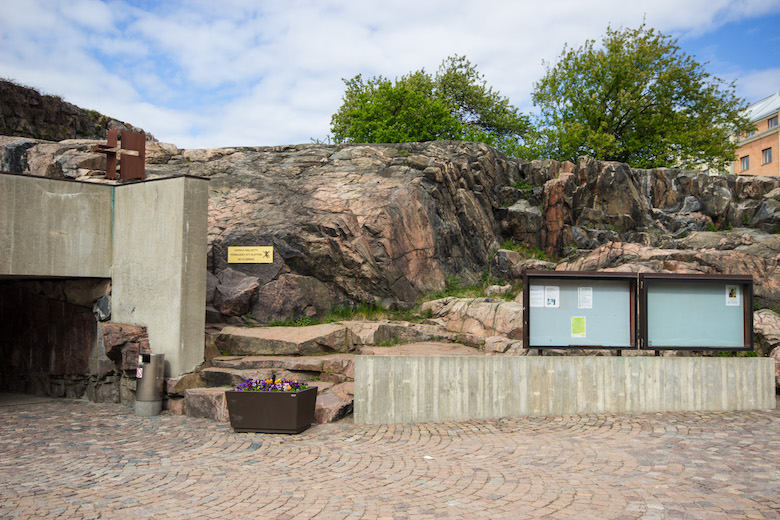 Outside of the Rock Church 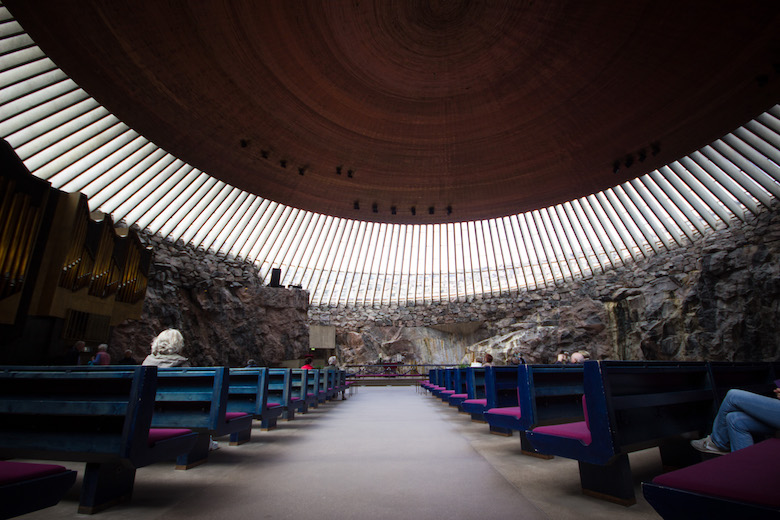 The Rock Church can hold nearly 800 people, and its purple pews are a stark contrast to the grey, granite walls. The spherical roof features 22 kilometres of copper wire, and the space is frequently used for concerts as the untouched walls produce remarkable acoustics, which anyone who has heard the church organ can attest to. It may be a bit out of the way from the city centre, but Temppeliaukio Kirkko is definitely worth the trip and considered one of the top places to visit in Helsinki. 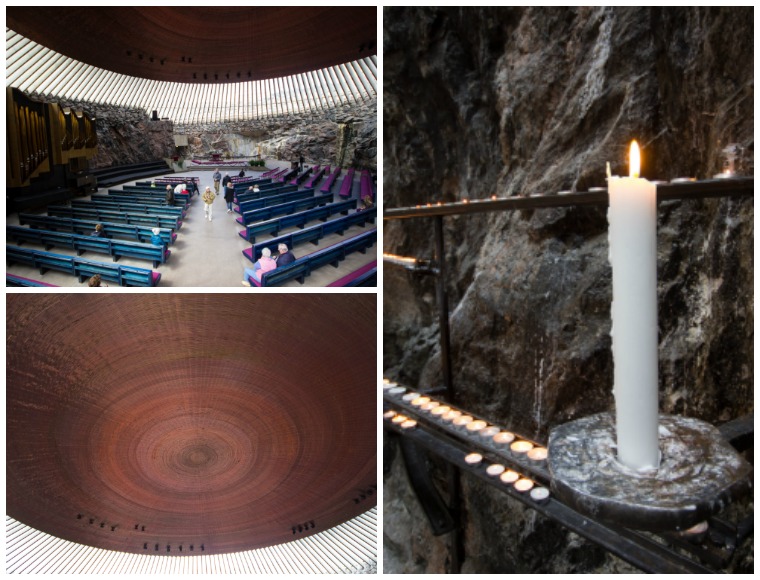 One of the prettiest parks in the city (which says a lot considering green areas make up one-third of Helsinki), Esplanade Park is located right in the centre and borders one of the ritziest shopping streets which is also home to fancy hotels. In other words, it’s the perfect spot for people watching. 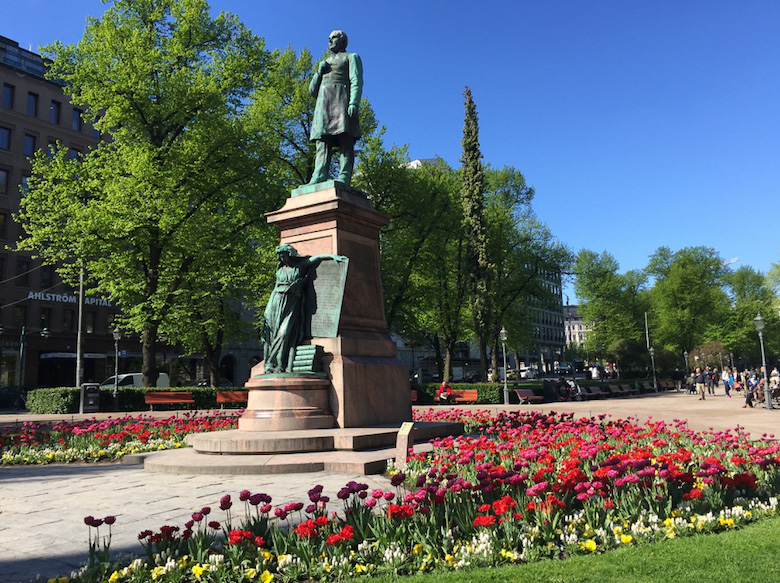 There are a couple of nice restaurants located on the edge of the park as well as the Havis Amanda statue, and from there visitors can wander down the shaded pathway, relax on one of the many benches, admire its statues, and even take in a fashion show or concert if they time their visit right. 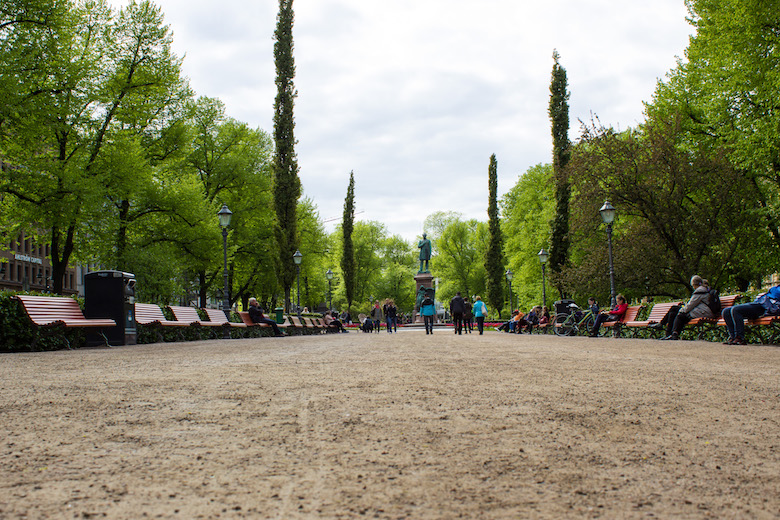 Hankering for some Finnish fare? The stalls inside beautiful Old Market Hall have been serving up the likes of fresh-baked treats, cheese, and traditional dishes including seafood soup since 1889. The market is a fantastic, inexpensive spot to stop for lunch and mix with the locals, or take a well-deserved time out from all that sightseeing and grab a coffee at one of its cafes. 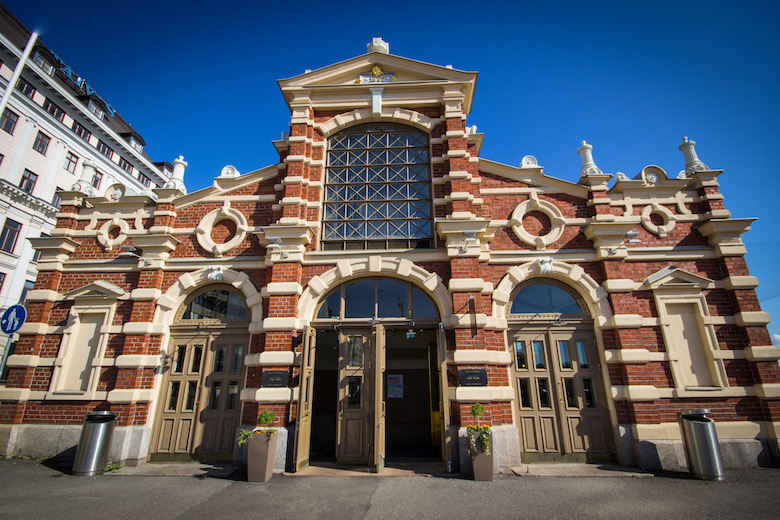 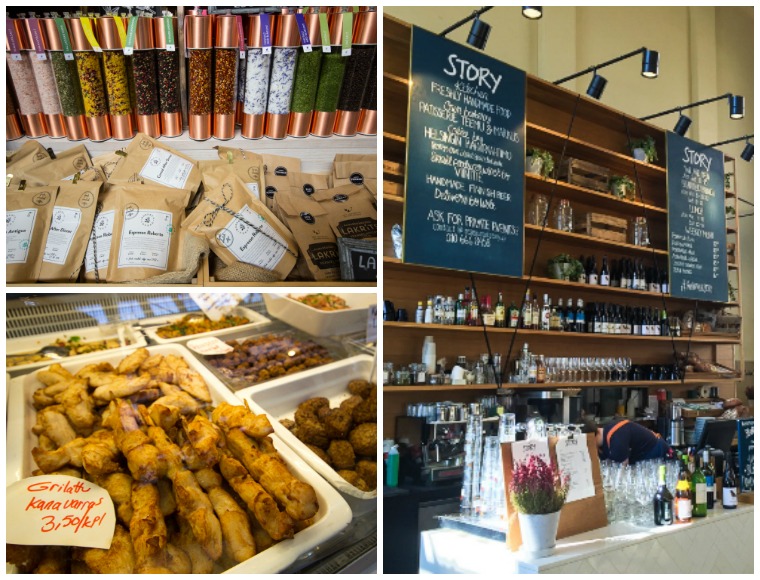 Inside the Market Hall

Just across from Market Hall along the waterfront, visitors will also find the open air Market Square which is a fabulous spot for picking up Finnish souvenirs. (Insider tip: For those looking to bring home a reindeer fur as a memento of their Scandinavian trip, they’re cheaper in Finland than in neighbouring Norway). Summer sees fresh flowers, colourful fruit baskets and outdoor cafes fill the plaza which borders Esplanade Park, while heated tents serving hot drinks are set up during winter. 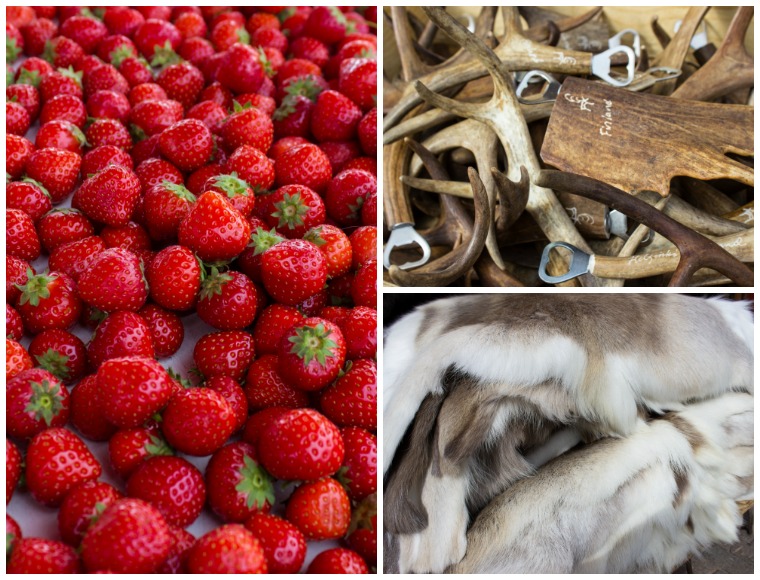 Just across from Market Square is the Presidential Palace, which is one of the official homes of Finland’s president. Built back in 1845, it was used as a military hospital and headquarters around the time of the first World War, before being converted back to an official residence. As it is used for events and occasionally hosting foreign dignitaries, there are no public tours and the palace can only be viewed from the outside. 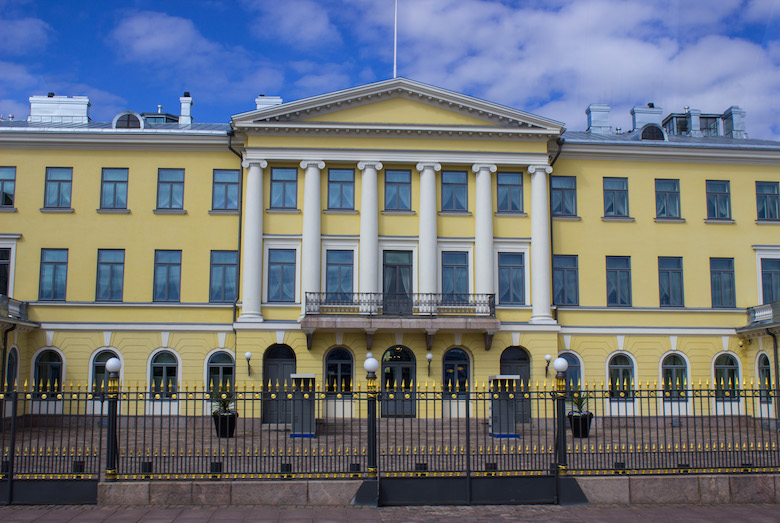 Those wondering about Russia’s influence on Finland need not look further than the Uspenski Cathedral, a gorgeous orthodox church with gleaming golden cupolas. The largest orthodox church in western Europe, it has 13 onion domes meant to represent Jesus Christ and the twelve apostles. Located in the Katajanokka district, the cathedral is only a 10 minute walk from Market Square, and the public is welcome inside. 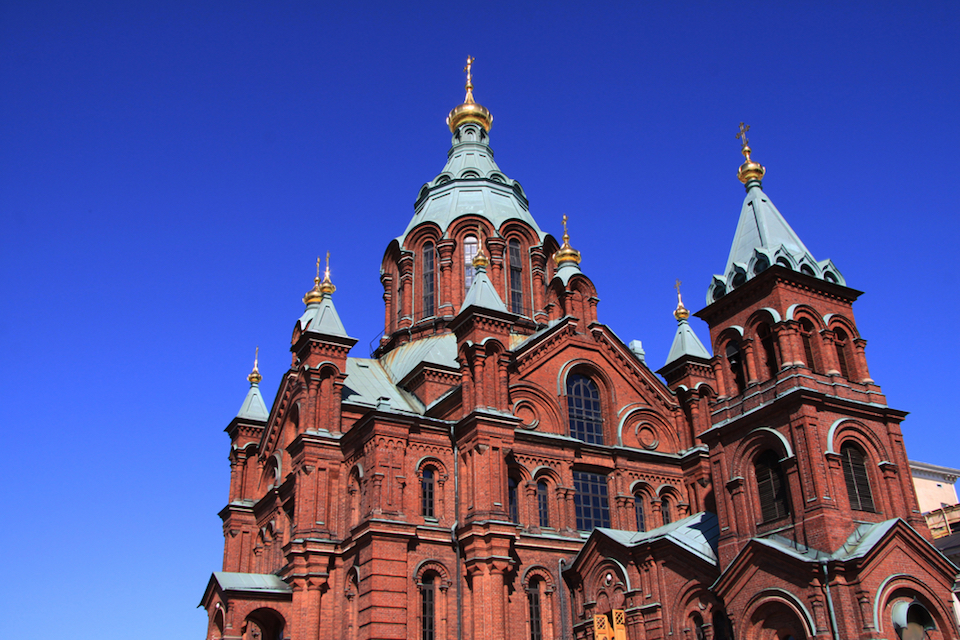 It may sound like something out of a movie, but the Suomenlinna Sea Fortress is very real. Built off the coast of Helsinki back in the 1700s to protect the Finns from Russia, it was declared a UNESCO World Heritage Site in 1991. Today, visitors can get to the fortress with a quick ferry ride, and wander the grounds which are now home to a museum, visitor centre, restaurants and cafes. 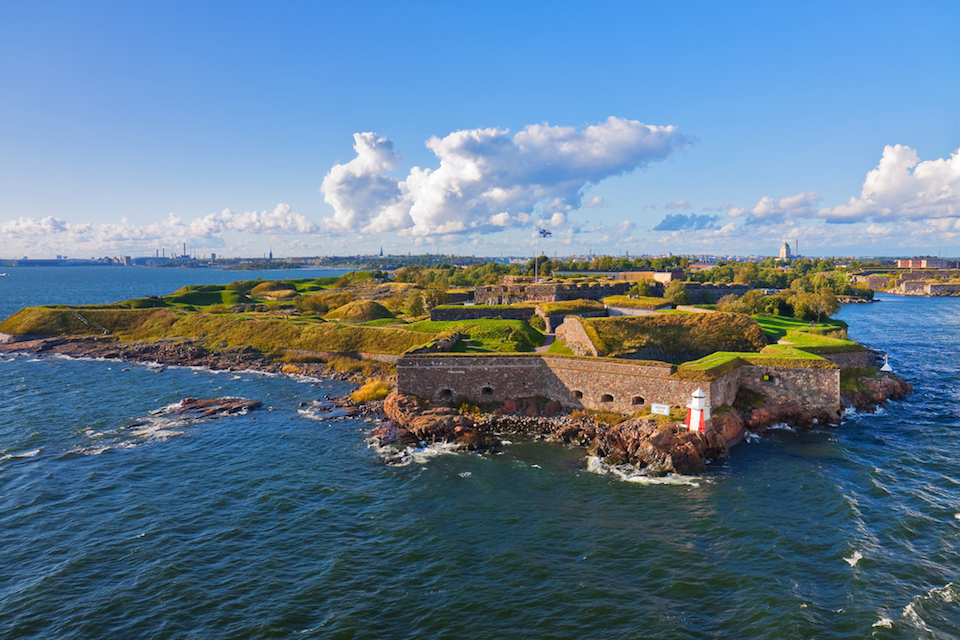 Where to stay in Helsinki:

There are accommodation offerings in the city to fit all budgets. Some of the best hotels in Helsinki are:

If you’re visiting Finland in winter, here are some great activities you can enjoy outside of Helsinki.

A tour through Russia’s opulent Peterhof Palace and Gardens

Fun ways to make the most of your Tallinn Card in Tallinn, Estonia

Do you need a visa to travel to Russia during a cruise?

10 quirky, fun things to do in Stockholm, Sweden 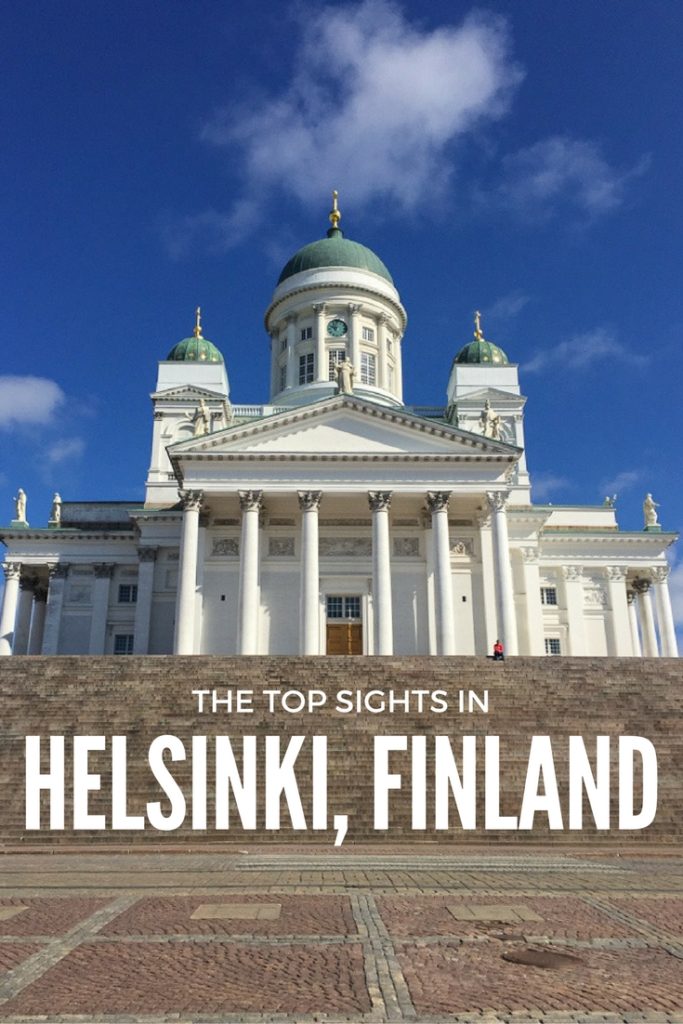 Globe Guide explored Helsinki in collaboration with Viking Cruises. As always, hosts have no editorial influence on articles