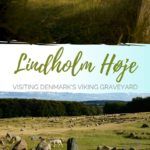 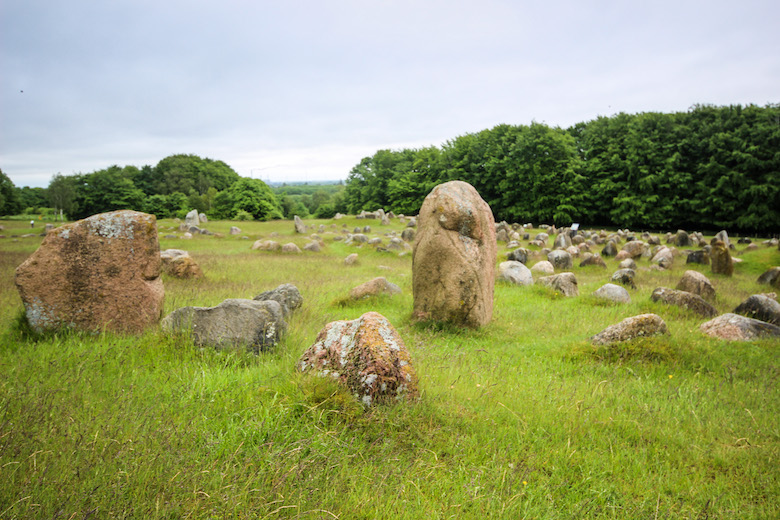 If you didn’t realize there was such thing as a Viking graveyard, well, you’re not alone. And, *spoiler alert*…this place is pretty dead.

Things to do in Aalborg, Denmark

I ended up at the Aalborg Viking museum during a cruise through Scandinavia, which included a stop in the cute Danish coastal city which was once an important harbour during the Middle Ages thanks to its strategic perch in the at the narrowest point on the Limfjord. Also known as Ålborg, Denmark’s fourth-largest city has plenty of cute spots to explore, like half-timbered homes and the brightly-coloured shops scattered around the town centre.

But today, we were here for the Vikings.

After dropping about $40 on a taxi just to get to the site which is about a 15 minute drive from Aalborg’s waterfront (nobody ever said Denmark was cheap), we arrived at the foot of a forest covered in moss so green it seemed to reflect its hue onto everything, even the solid tree trunks. I was immediately enchanted…despite feeling slightly unsettled by the sound of a constant barrage of shots ringing out from a nearby gun range. 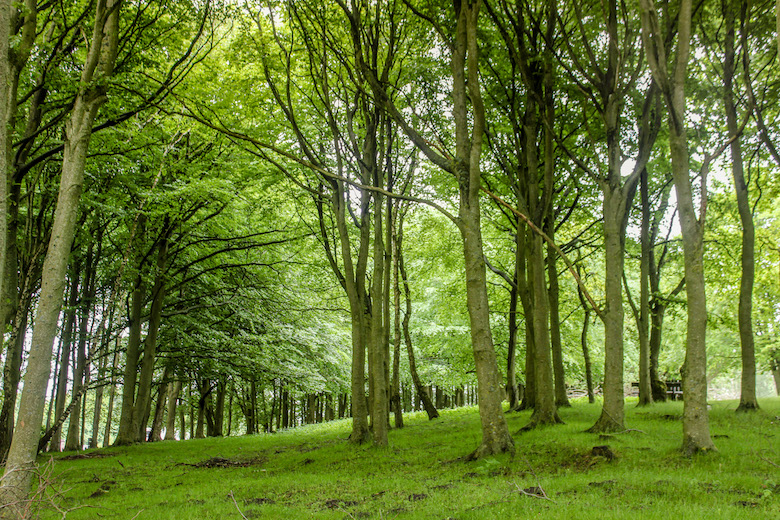 As rain drizzled overhead, we made our way through the grove and emerged to find a gorgeous sight: a lush, grassy hilltop dotted with large stones, home to the Aalborg viking graveyard. Dating back to the Iron Age, the sprawling site has 682 cremation graves marked by rocks, and is considered to be Scandinavia’s largest viking burial ground.

It was used by villagers from approximately 400 to 1000 AD, and preserved by shifting sands up to four metres thick that covered the hills. The phenomenon also sheltered a village which was excavated in the 1950s, unveiling artifacts including a Viking long house, farming equipment like ploughs, and even a sword. 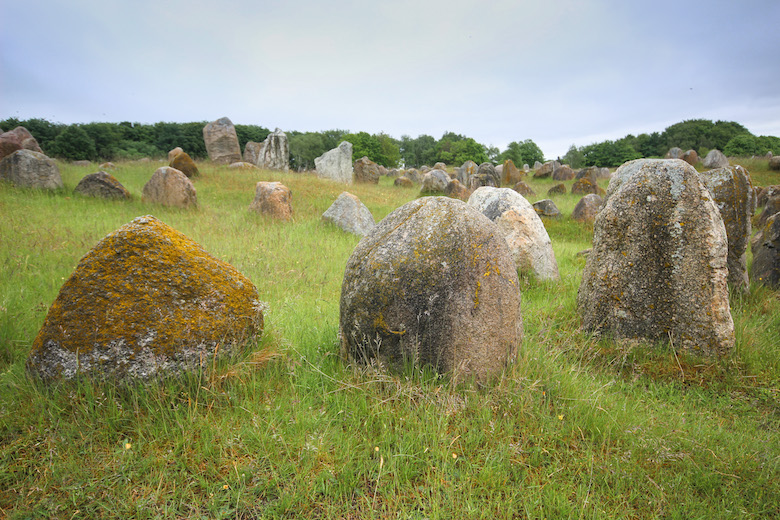 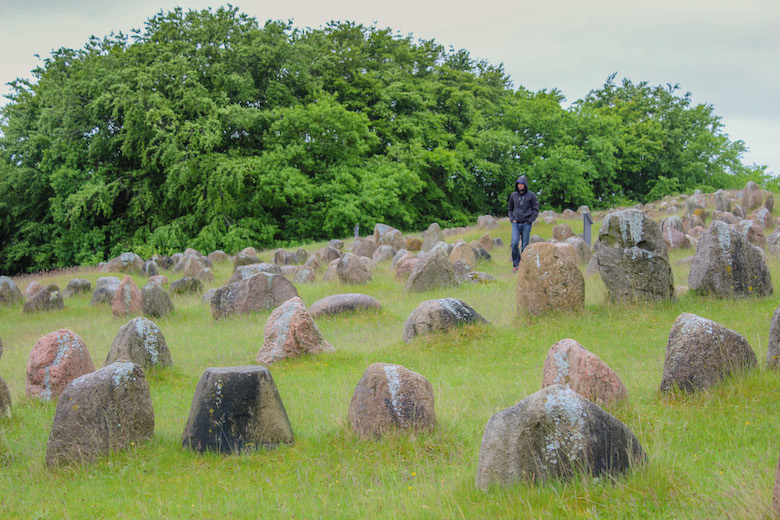 We wandered through the field trying to take it all in, finding ourselves all alone other than a group of sheep and their baby lambs lazing grazing nearby. Once we made our way through the thick, tranquil forest, our next stop was the adjoining Lindholm Høje Museum, which is ground zero for all things Viking. 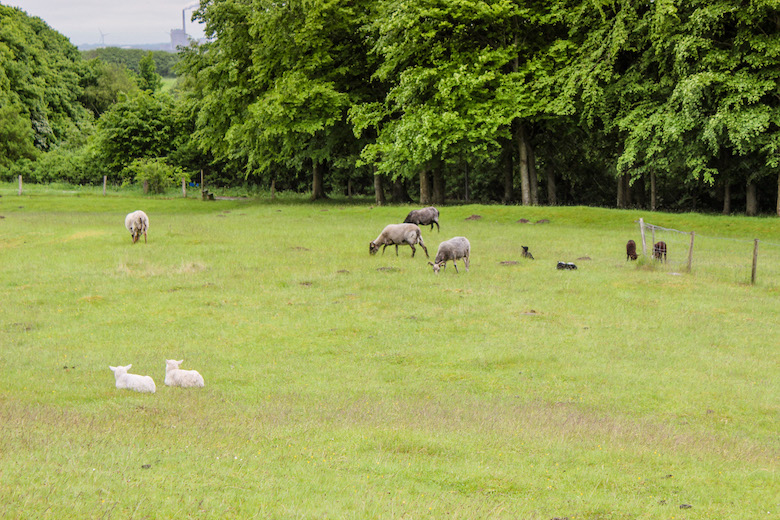 Covering two levels, the Lindholm Høje Museet has two distinct themes. The first floor details what life was like in the village, showing off a typical home and equipment such as wagons. There are also stone pots, brooches and combs on display, which were recovered during the site’s excavation. 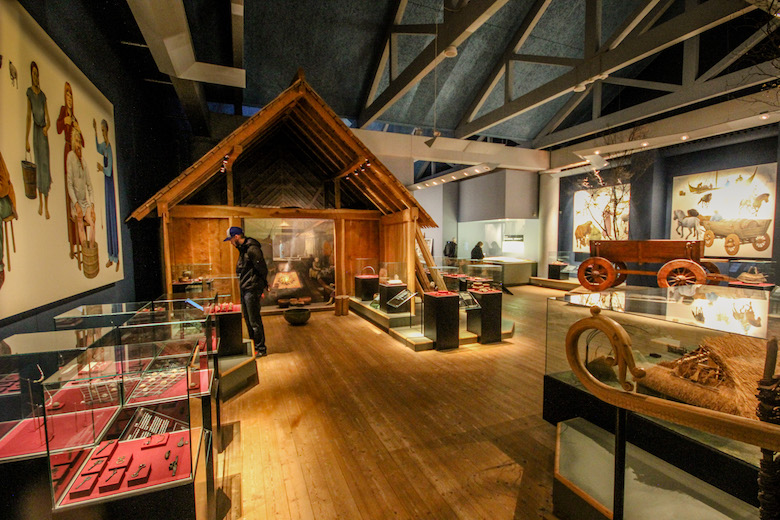 Inside the Lindholm Høje Museet in Aalborg, Denmark 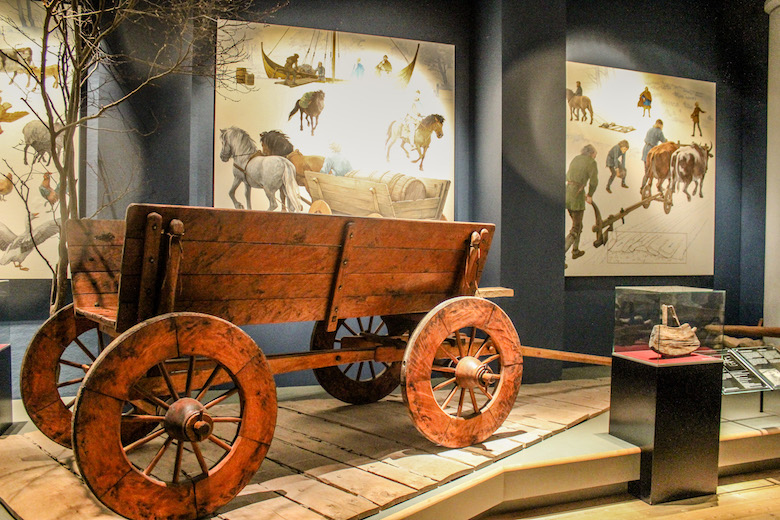 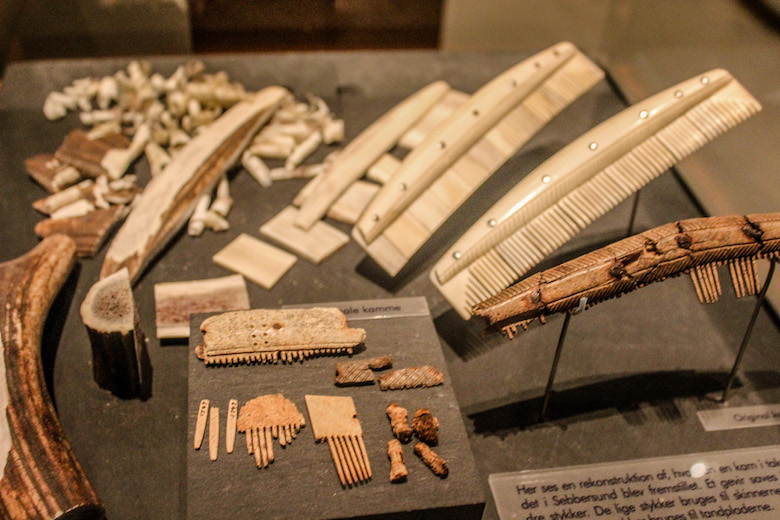 The floor below houses an exhibition about ancient times in the surrounding Limfjorden area, with displays including daggers, arrows, axes and flint extracted from nearby mines—because if there’s one thing we all know about Vikings, it’s that they were always ready for battle. 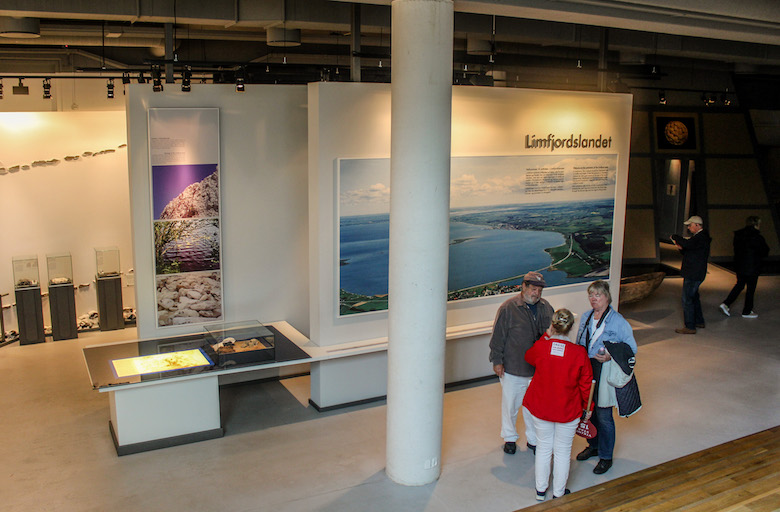 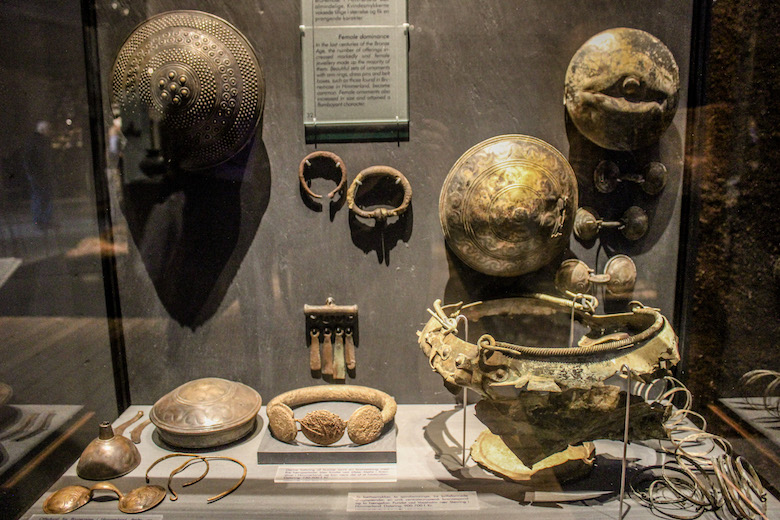 The museum doesn’t take too long to get through, so just as we were wrapping up our self-guided tour ready to head back to the ship, we came across one final exhibit that just might have been the most fascinating of them all: real skeletons.

What else would you expect when touring a Viking graveyard?! 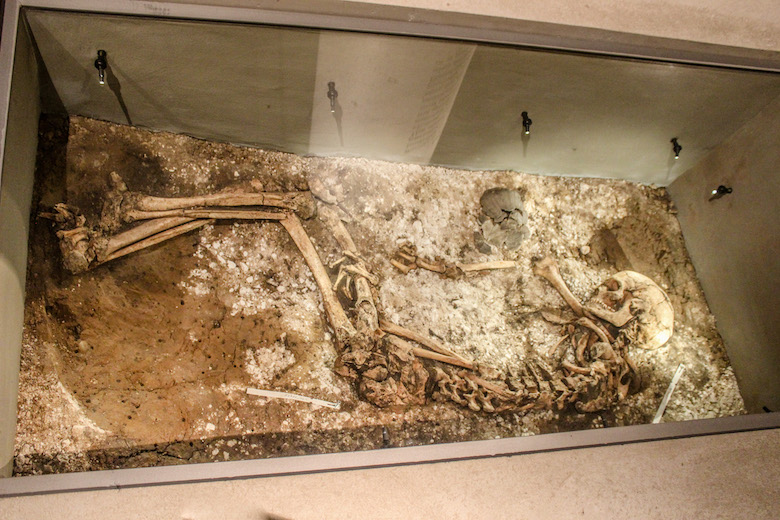 How to get there: A taxi ride to Lindholm Høje Museet takes about 15 minutes from Aalborg’s city centre. Alternatively, hop on the #2 bus.

Hours of operation and admission: The Lindholm Høje viking cemetery is free for visitors to explore, and open from dawn until dusk. Click here for admission fees for the museum and hours of operation. 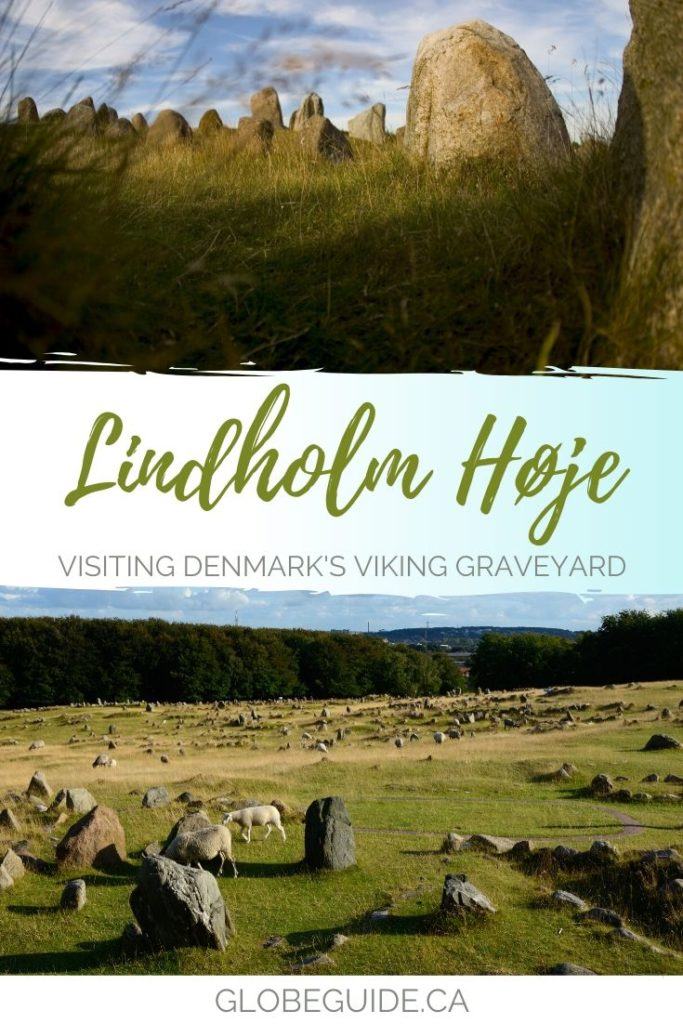 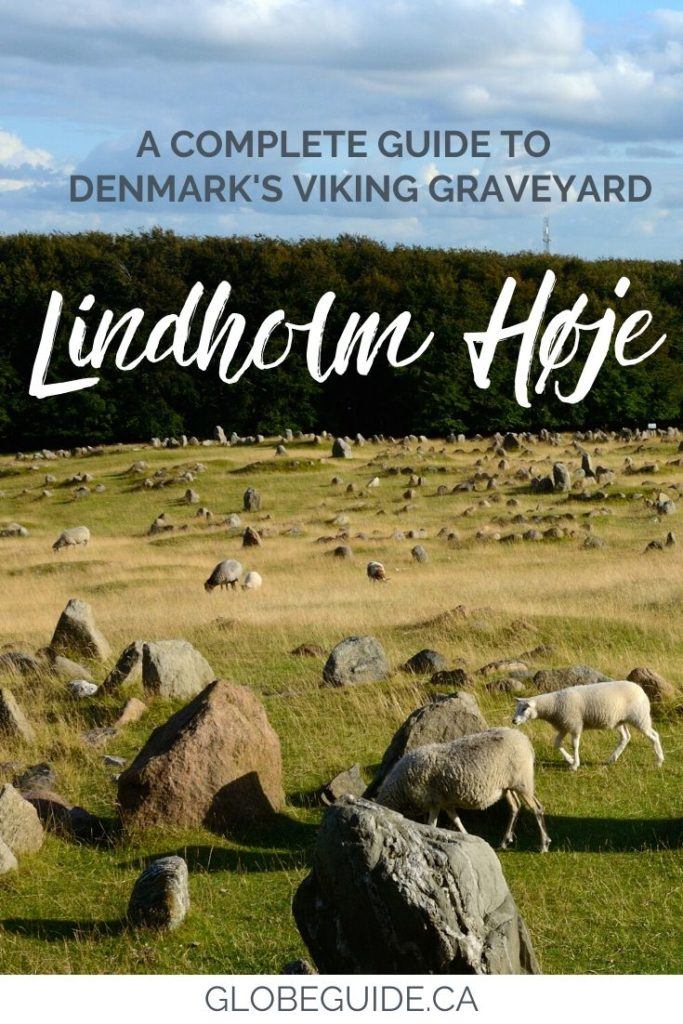