What to do in Brunei: A travel guide to Bandar Seri Begawan 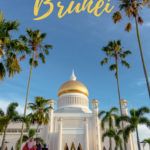 Despite Brunei being a country of riches thanks to oil, very few people have even heard of it, much less have plans to visit Brunei. The tiny nation is located on the north coast of Borneo, and its close proximity to Malaysia makes it an easy spot to add on to an Asia itinerary and get another passport stamp in the process. 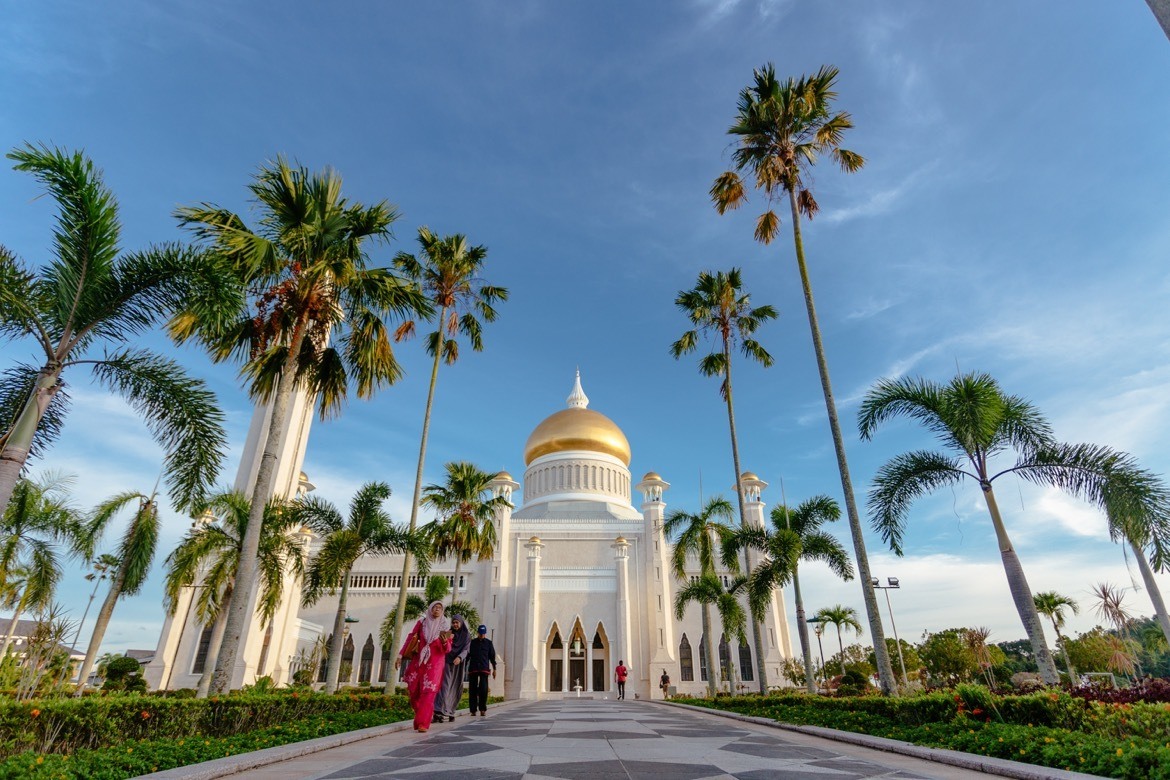 Most Brunei tours are centered around the capital Bandar Seri Begawan, which is far from a bustling metropolis despite being the main city. Expect to wander through the streets undisturbed, and there’s usually no need to make dinner reservations.

From opulent palaces to kid-friendly amusement parks, here are the best things to do in Brunei. 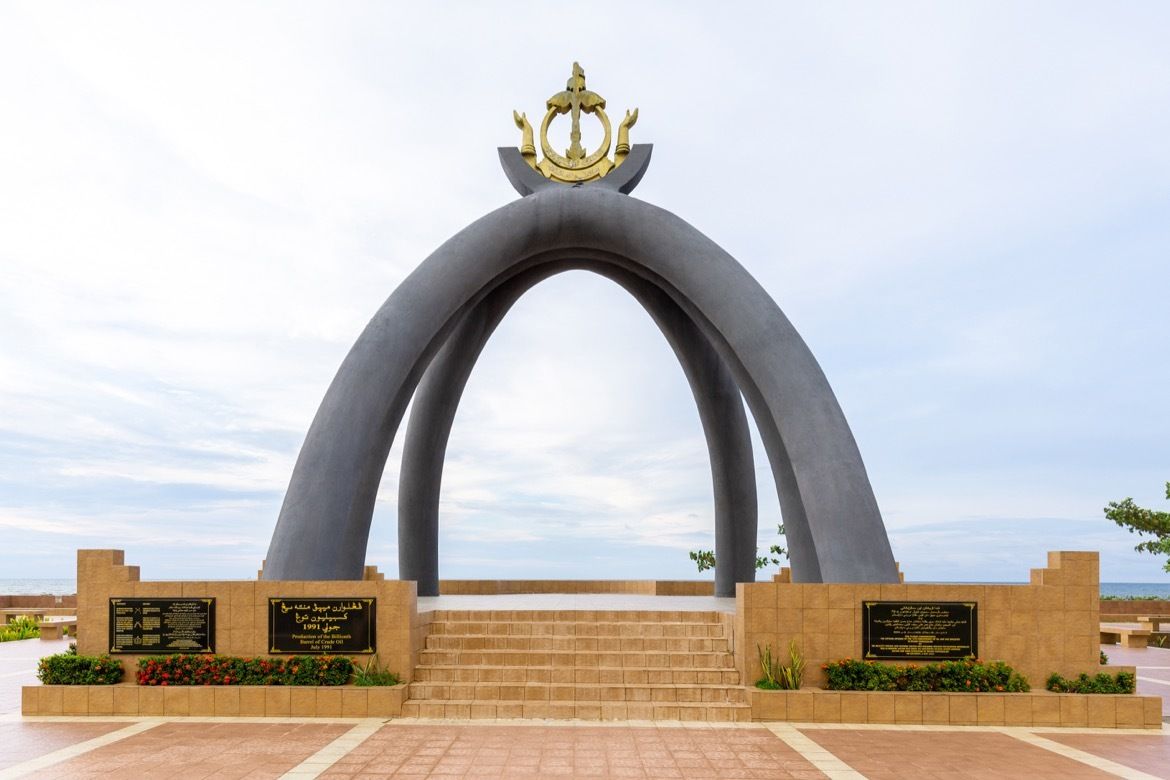 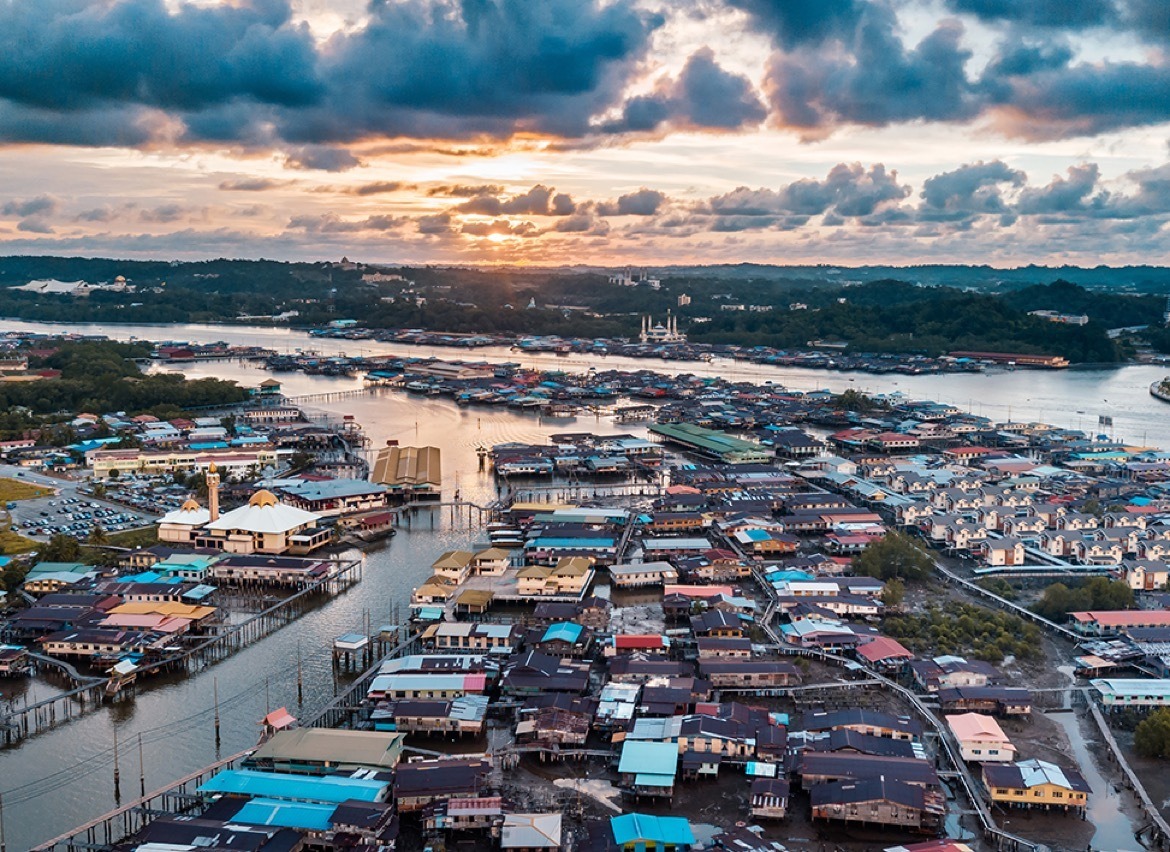 Where to stay in Brunei

There are only a few hotels in the entire country, and most visitors choose to stay in Bandar Seri Begawan. From the affordable Brunei Hotel you can easily walk to most landmarks, including the waterfront. But if you’re up for a splurge, book a room at the stunning Empire Hotel & Country Club.

It’s a little ways out, but the hotel is absolutely five star, featuring beautiful rooms, a spa, golf course, indoor and outdoor pools and access to one of the best beaches in Brunei.Click here to book 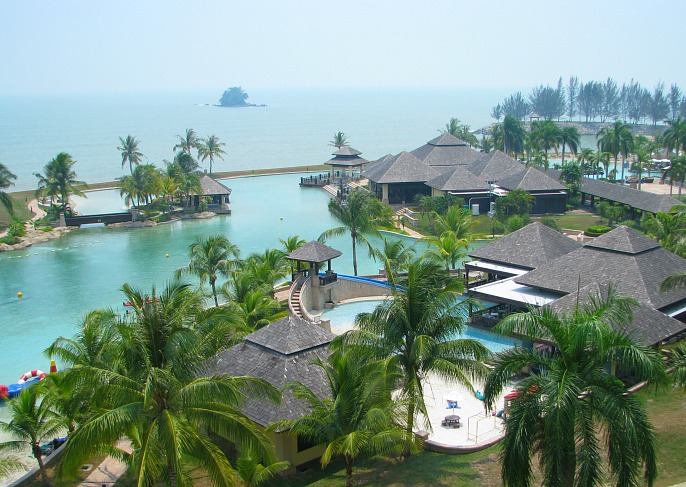 A view of the pool at The Empire Hotel & Country Club.

Start your Brunei tour with a visit to the Royal Regalia Exhibition Hall, which is a fascinating museum full of a collection of items from the royal family. The display includes the colourful royal chariot, sultan’s crowns and gifts given to the family from countries all around the world.

There’s also a collection of memorabilia related to the history of Brunei, and best of all admission is free. 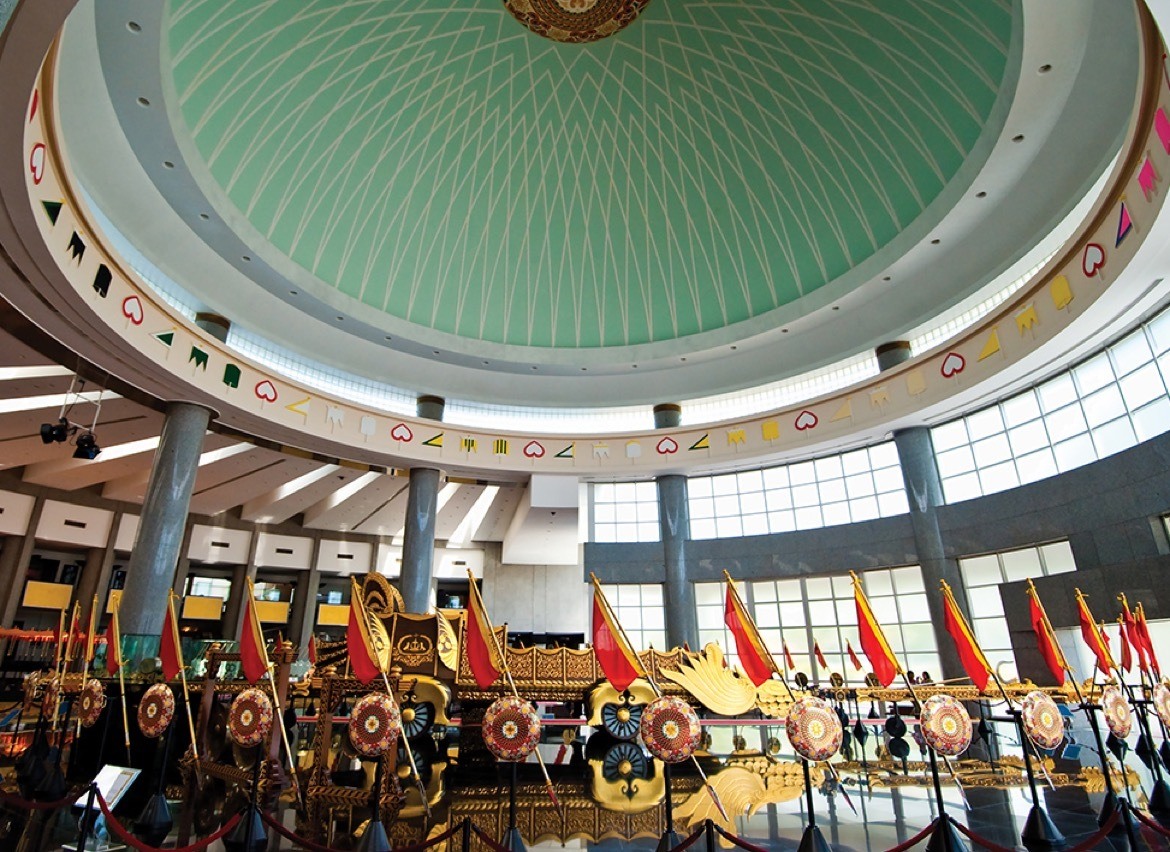 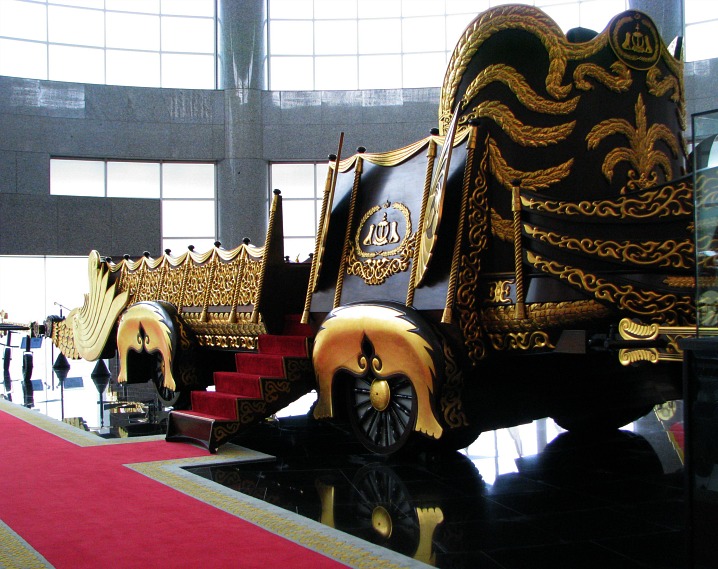 Continue your jaunt with a quick walk over to the Sultan Omar Ali Saifuddien Mosque, a beautiful landmark that makes for some incredible photos—both during the day and at night, when it reflects off the water in the manmade lake surrounding it. 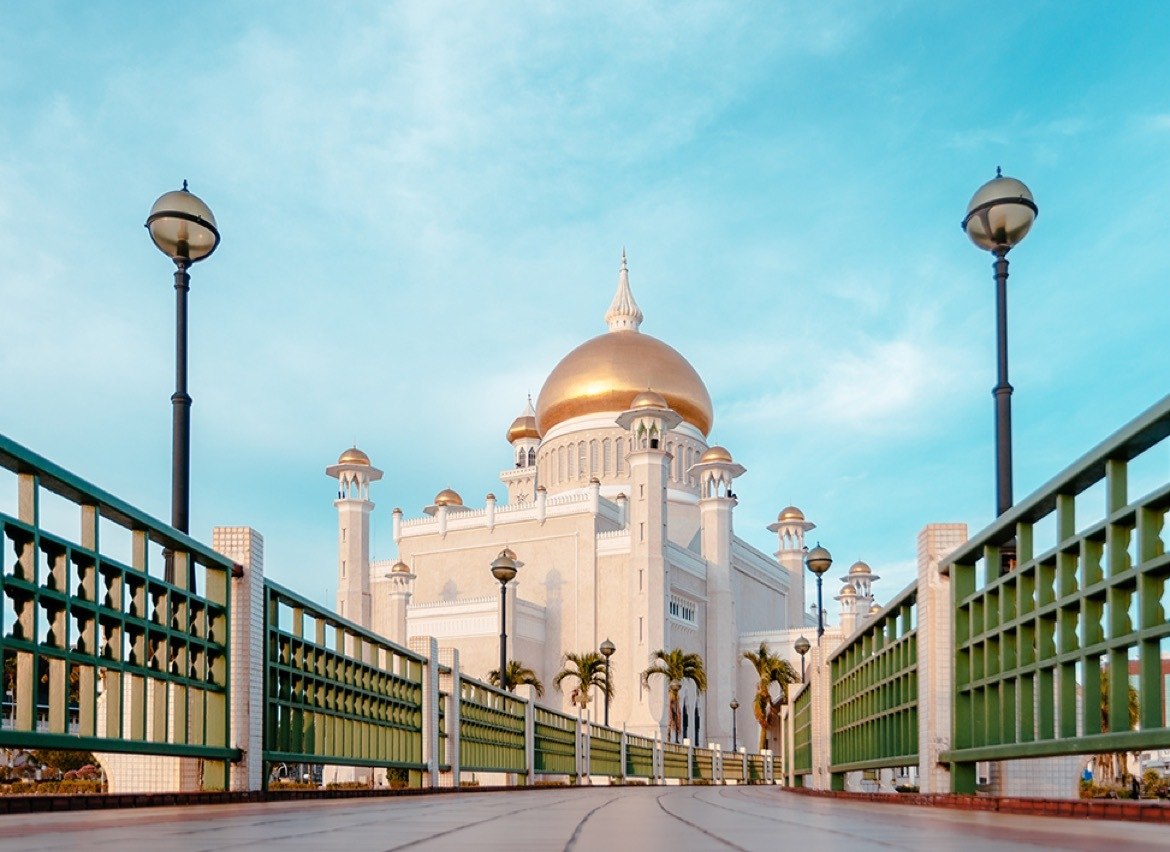 The grand building is painted a bright white, and features a brilliant golden dome that can be seen from kilometers away. Visitors are allowed inside during select days and hours, and women are asked to cover their head and shoulders. 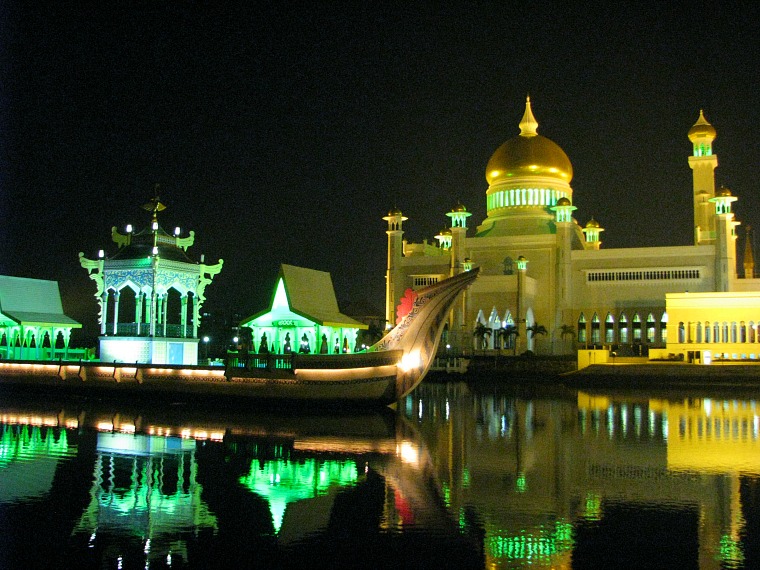 One of the most interesting places in Brunei is Kampong Ayer, which means ‘water village’ and is exactly what you can expect to see. It costs about BND1 per person to catch a boat there from the main waterfront (be careful as you board, as the stairs leading down can be slippery), and more to do a full tour. 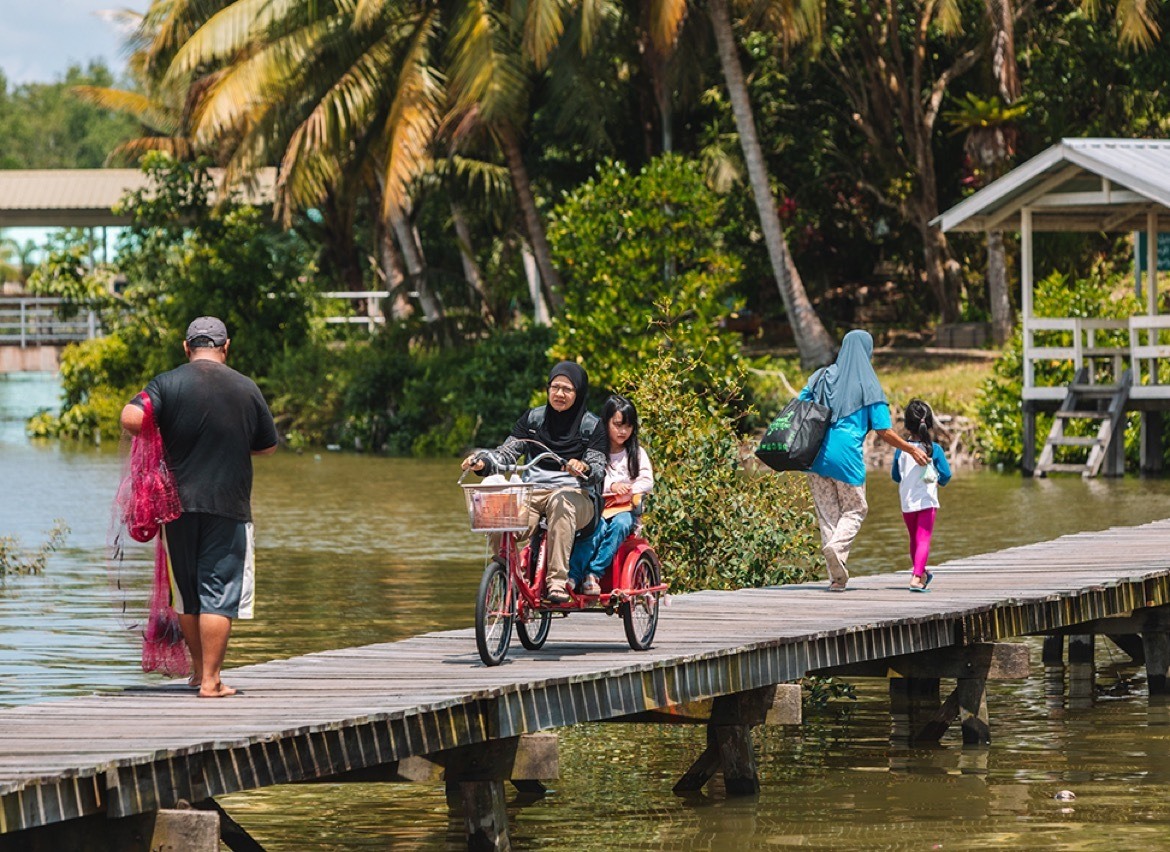 Hundreds of shanty-type homes joined by rickety bridges are perched on stilts, making it the biggest settlement ever built on stilts. While it may look like a slum, homes actually have plumbing, electricity, air conditioning, even internet access. After touring Kampong Ayer, have your guide take you further down the river, and keep an eye out for monkeys in the trees. This is also a great way to enjoy the sunset. 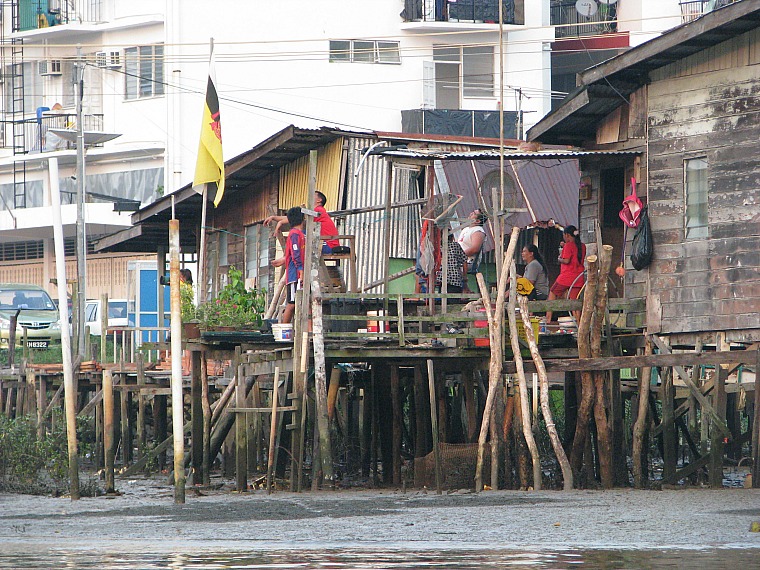 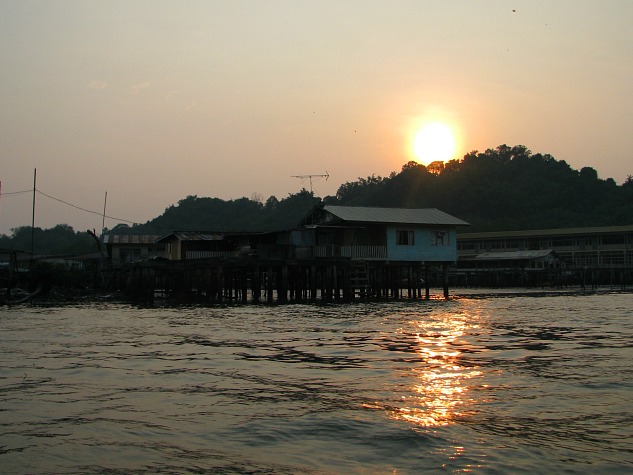 One of the top things to do in Bandar Seri Begawan is admiring the spectacle that is the largest residential palace in the world: Istana Nurul Iman. The official residence of the Sultan of Brunei, the palace has nearly 1,800 rooms, including 257 bathrooms, a 110 car garage and five pools. 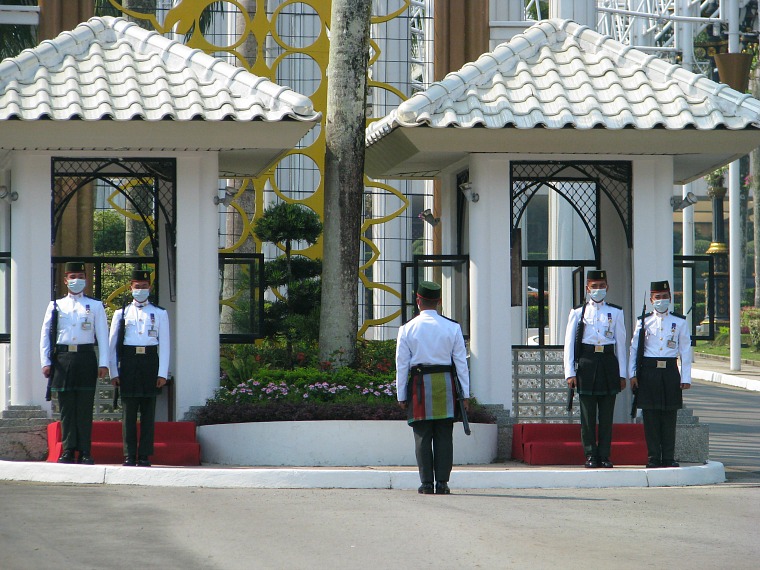 The only caveat for visitors is that the palace is only open to the public during the three-day celebration of Hari Raya Aidilfitri, or during the 10 days of Ramadan to perform prayers. Those who aren’t in Brunei during that time will have to make do by peeking through the front gates.

Jerudong Park has bragging rights as the largest amusement park in Borneo, featuring a musical fountain, food court with dozens of restaurants, and 34 attractions in the Jerudong park playground. Perfect for all ages, adults love wandering through the beautifully landscaped grounds, while kids might enjoy cooling off in the waterpark. 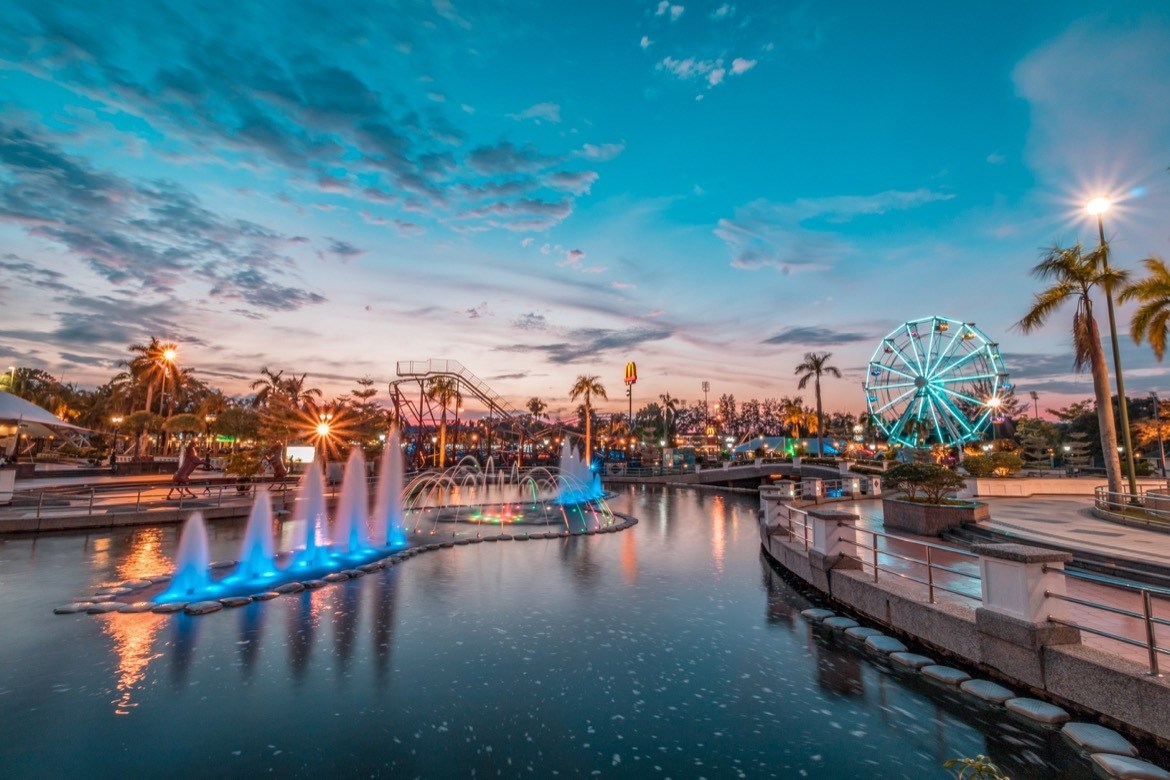 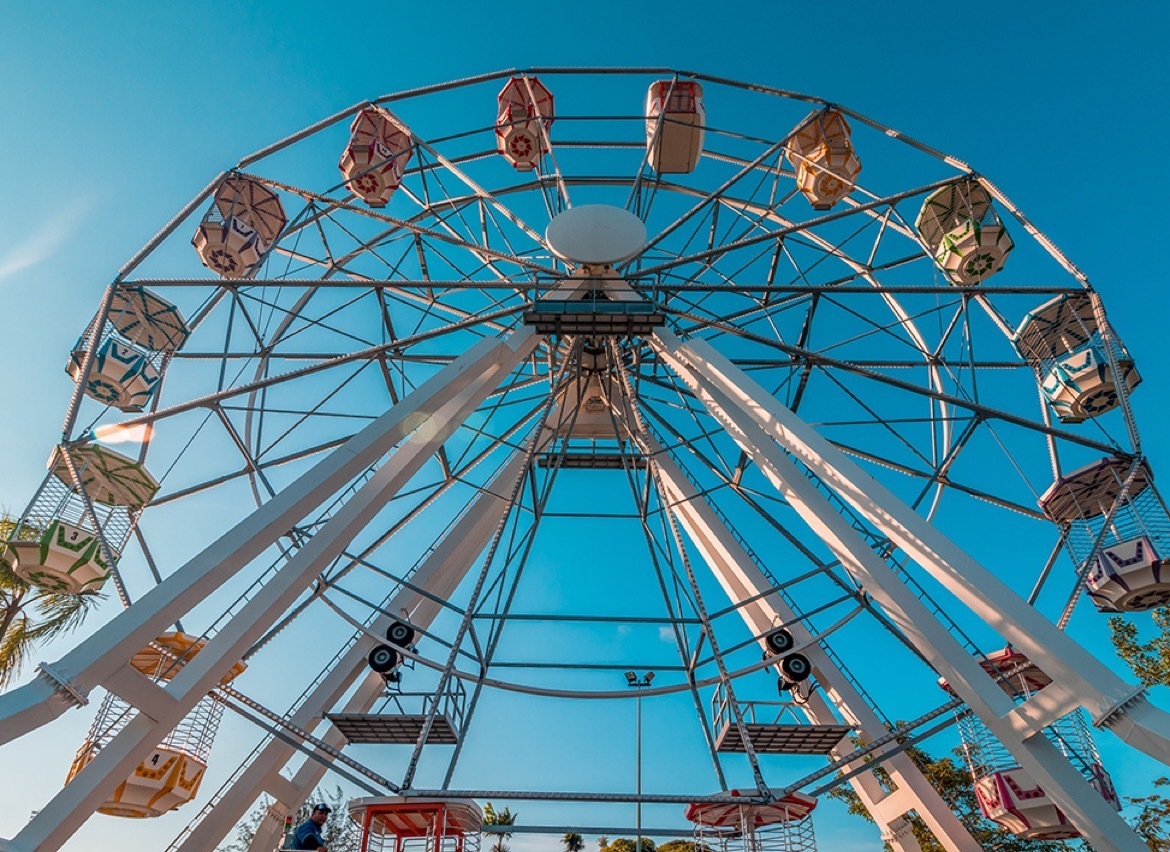 Found about a one hour drive from Bandar Seri Begawan, Tasek Merimbun is the largest natural lake in Brunei, making it a popular spot for day-trippers. Sometimes referred to as the black lake, the tannins from nearby leaves have darkened the water, giving it a great contrast from the vibrant palms surrounding it.

The natural surroundings are overflowing with flora and fauna, and there’s some nature spotting to be had including a butterfly sanctuary. 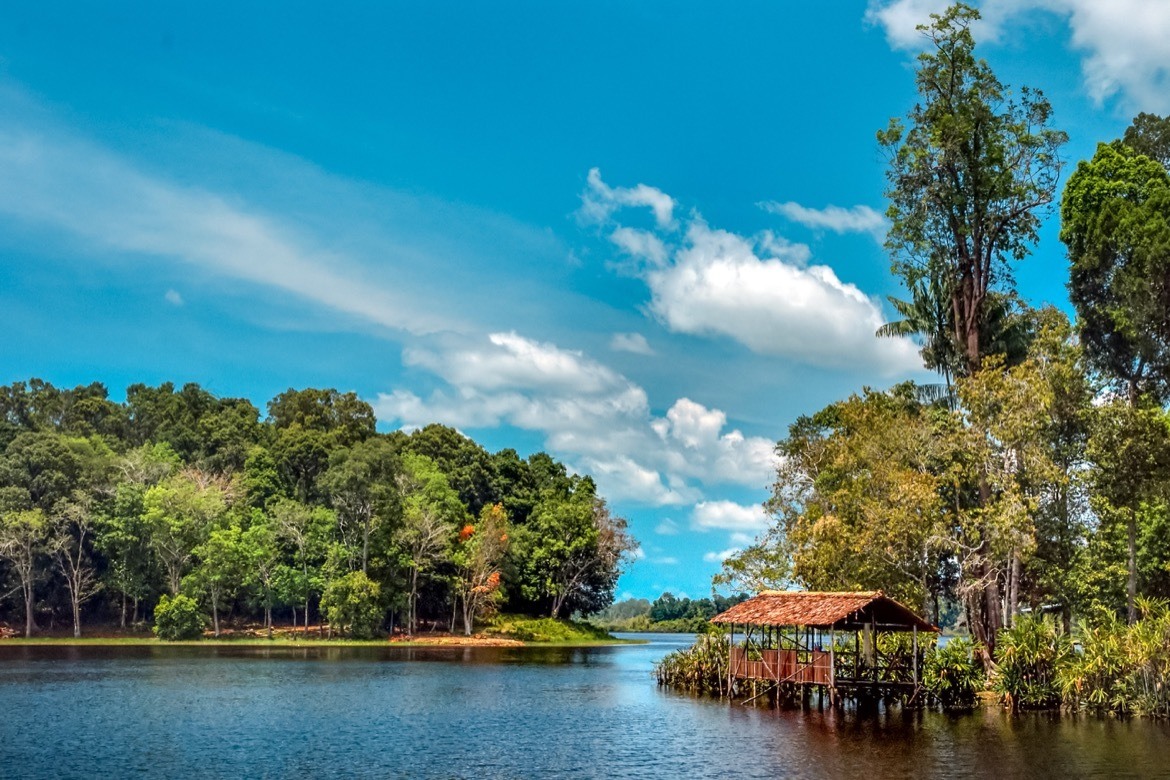 Alcohol in Brunei: Being a strict Muslim country, there is absolutely no alcohol in Brunei, so teetotalers will be out of luck and have to make do with virgin cocktails. However, non-Muslim visitors can import up to two litres of alcohol provided they claim it at customs.

Brunei transportation: Don’t bother with buses, since Brunei is small enough that you won’t be charged an arm and a leg by taxi drivers, and the public transportation system is kind of a joke. We ended up sitting at the airport stop for over an hour waiting for a scheduled bus, until a kind airport worker took pity on us and drove us to our hotel himself. The time we did manage to catch a bus at the depot, it was crammed full of people and we idled for over 20 minutes in the sticky heat before it got moving again.

Brunei tours: A full-day, guided excursion is a great way to see some of the top landmarks without having to worry about transportation, and gives a great overview of the best sites. Click here to book 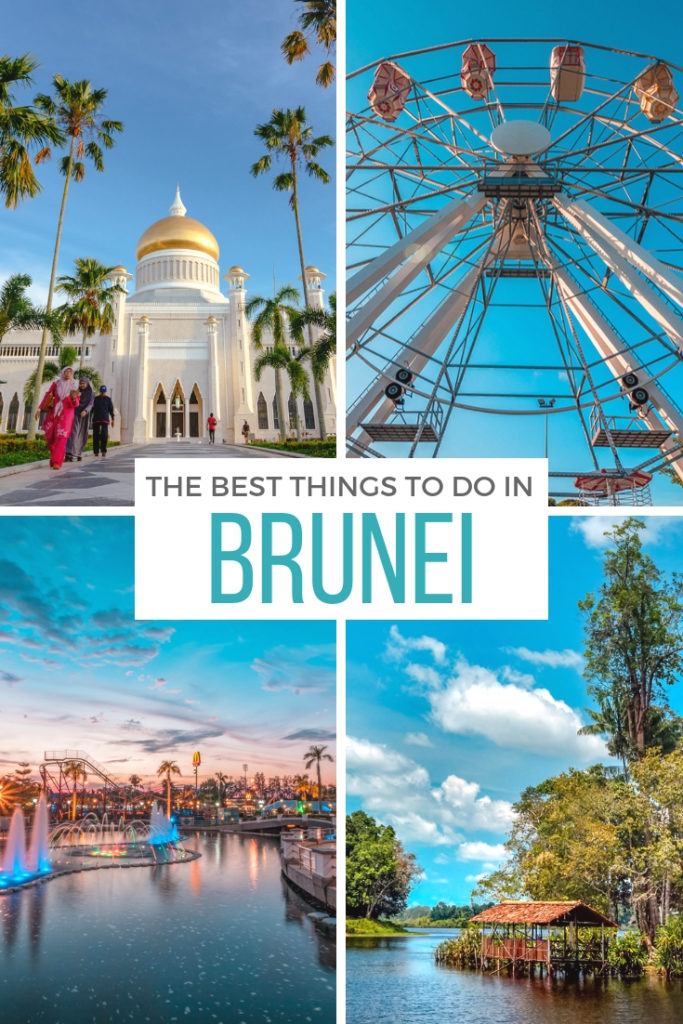 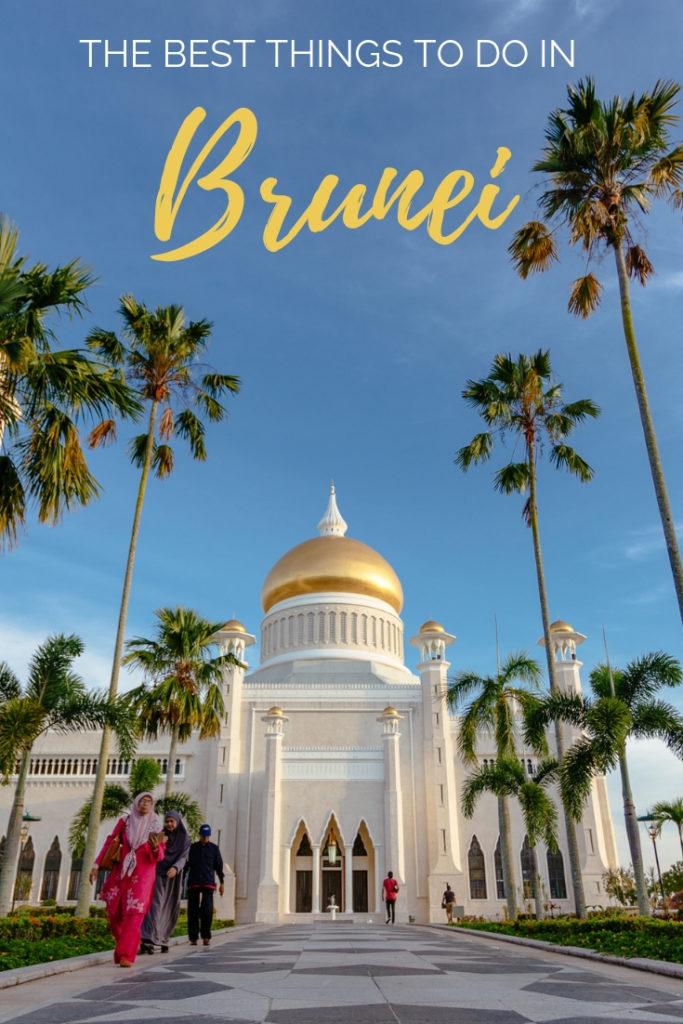 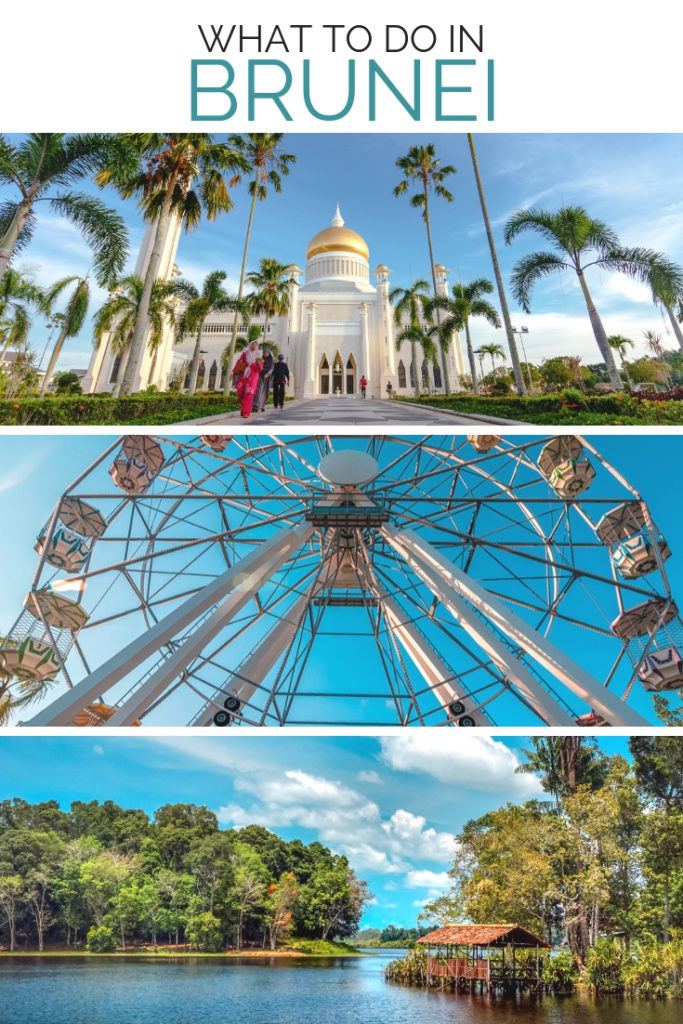