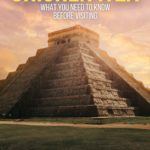 Holding the title as one of the new seven wonders of the world, it’s no surprise the Chichén Itzá ruins are one of Mexico’s top attractions. It’s believed the former Maya city dates back to as early as 550 AD, and once operated as the ceremonial centre of the ancient civilization.

As the towering El Castillo (also known as the Temple of Kukulcan) gets most of the attention, some travellers are surprised to find the site has much more to offer: think sacred cenotes, sprawling temples adorned with intricate stone carvings, and forests leading to crumbling ruins.

Here are nine tips you need to know before visiting Chichén Itzá, Mexico. 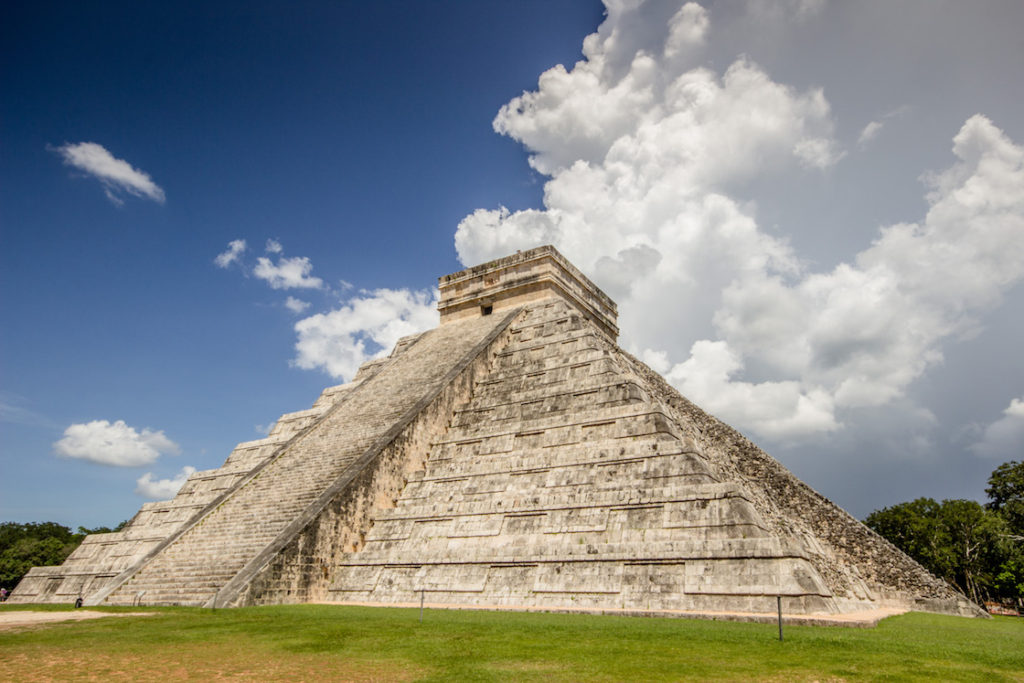 1) Parking at Chichen Itza is easy

Unless you’re visiting as part of a guided Chichén Itzá tour from Cancun or Playa del Carmen, chances are you’ll travel by car. Some tourists choose to park for free along the side of the road just before entering the site, but keep in mind your vehicle could be at greater risk of dents and dings since the road is narrow.

To minimize the chance of damaging the rental car, pay to access the shaded lot right in front of the entrance which is only 30 pesos (about $2 USD)—a small price to pay for peace of mind.

RELATED: 5 tips for renting a car and driving in Mexico 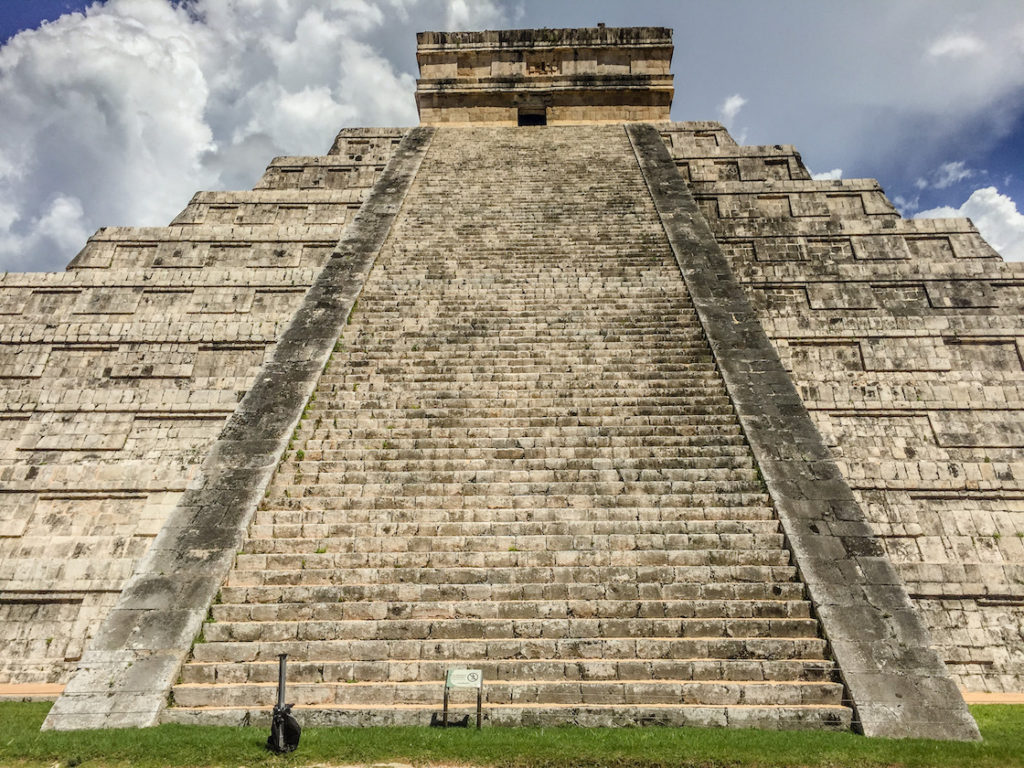 2) Time your trip to Chichen Itza

Timing is everything, particularly when it comes to seeing of the world’s most popular tourist attractions. With millions of people visiting Chichén Itzá each year, to say it can get busy is an understatement—particularly when the tour groups arrive.

The best time to go to Chichén Itzá is first thing in the morning when the gates open, or around 3 p.m. when sunlight bathes the pyramid’s main staircase and the crowds usually start to clear out. It typically takes about two to three hours to tour the complex. Click here to book 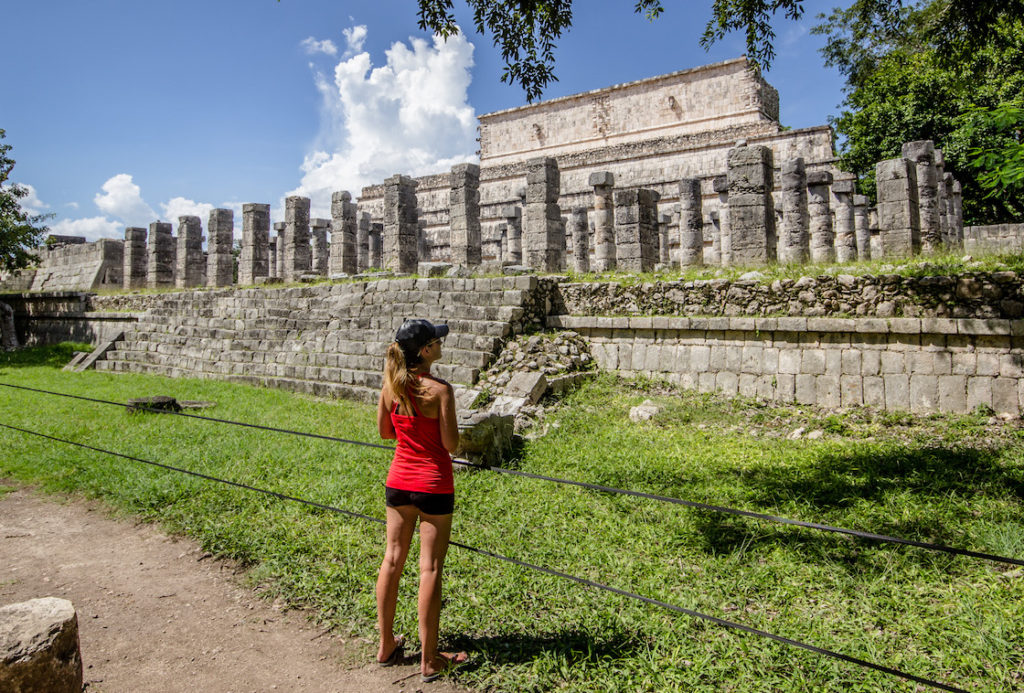 Enjoying the sites to myself late in the day

The Chichén Itzá entrance fee is 232 pesos for adults (about $13 USD), and in true Mexican fashion there’s a good chance the credit card machine won’t be working…oh, and they only accept pesos. Ensure you have some of the currency handy, or seek out one of the vendors stationed near the entrance who can convert your USD to pesos—for a small fee, of course. There’s also an ATM on site. 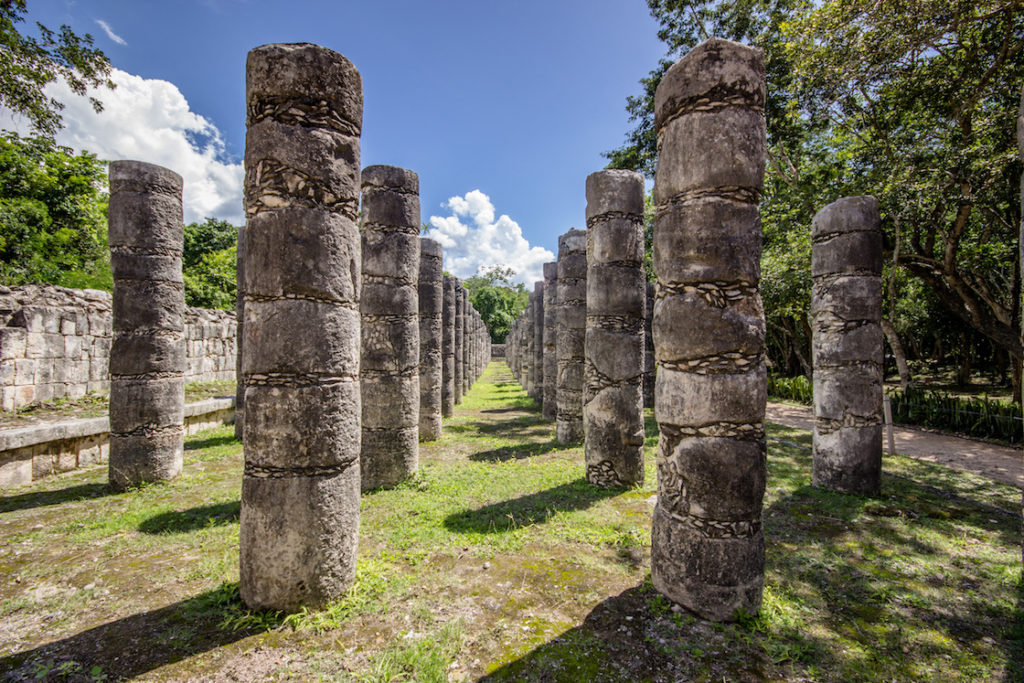 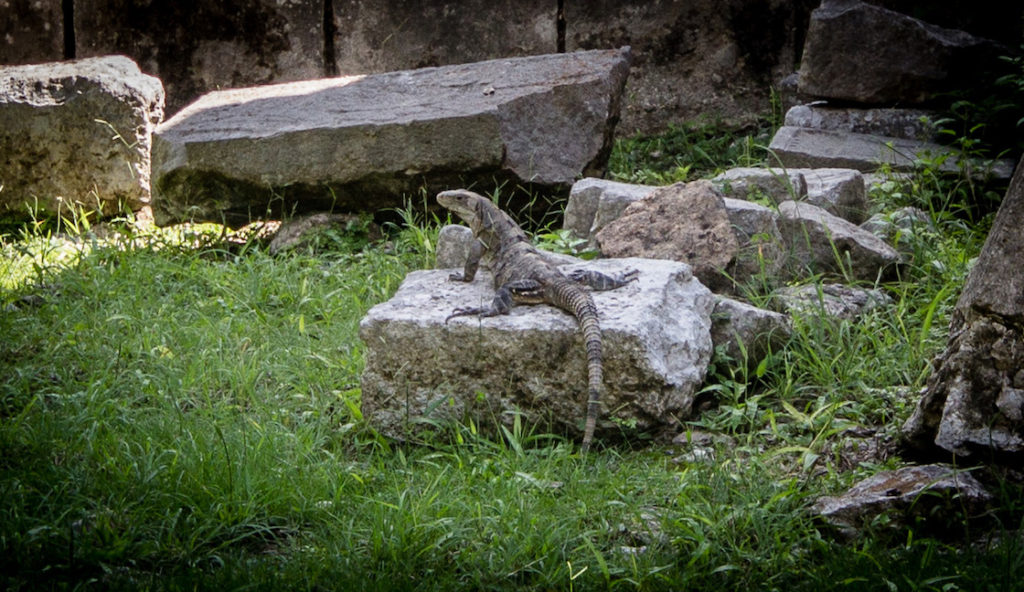 4) Get a guide to explore the Chichen Itza mayan ruins

That entrance fee won’t get you anything more than the privilege of walking through the site, so if you’re hoping to have any semblance of an idea about what you’re looking at you’ll want to hire a Chichén Itzá guide.

While it’s possible to go it alone as there are plaques in front of some of the points of interest, there’s very little information is available about the actual history or significance of the sites. Your guide will be able to explain the astronomical theories behind the design of El Castillo, and why you’ll want to clap when standing under it (hint: listen for the echo). Tours can be booked at the entrance. 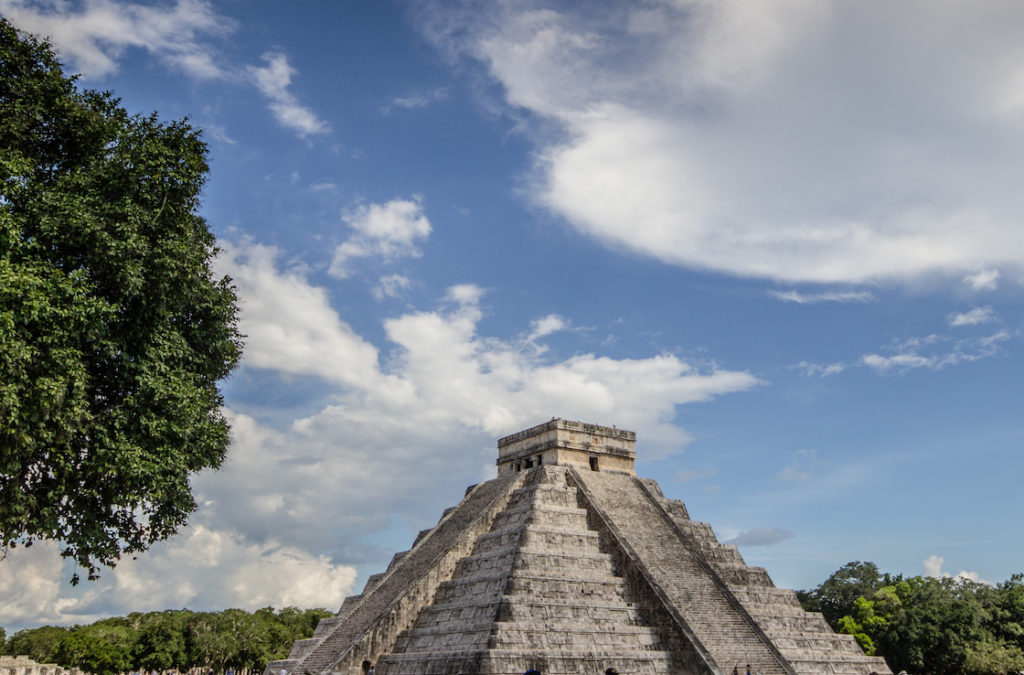 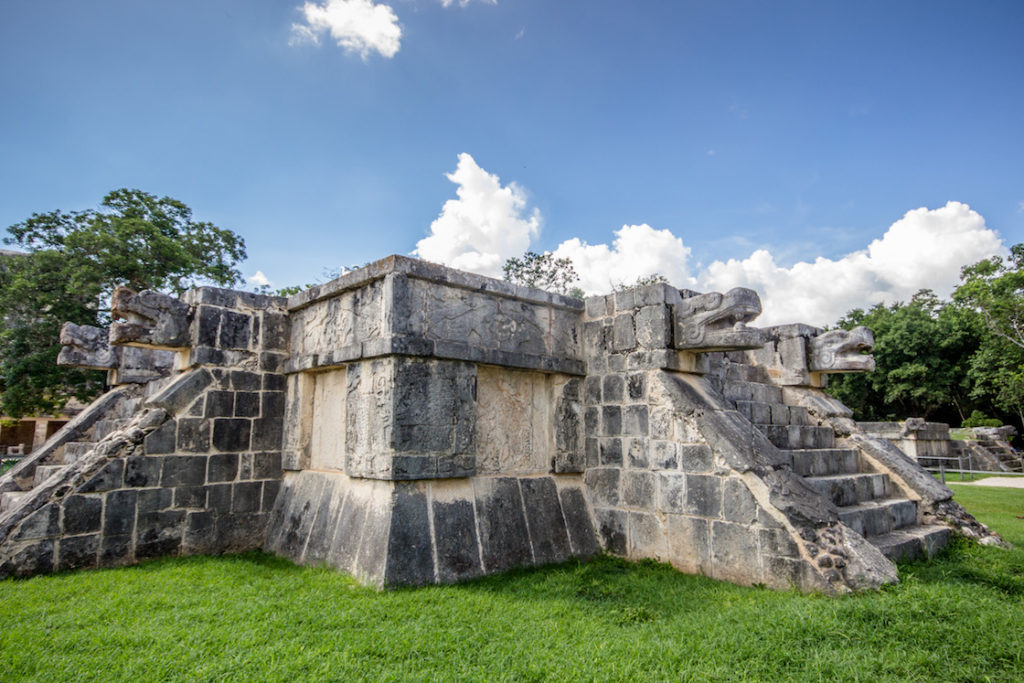 5) It’s more than a pyramid

One thing most travellers don’t realize is how huge Chichén Itzá is. Sure, you could simply snap a selfie in front of El Castillo and call it a day, but then you’d be missing spots like the enormous Great Ballcourt where Mayan sportsmen used to compete. Or the intricate Temple of the Warriors. Or The Observatory. The list goes on and on. Ensure you give yourself enough time to properly explore the complex—it is a wonder of the world, after all! 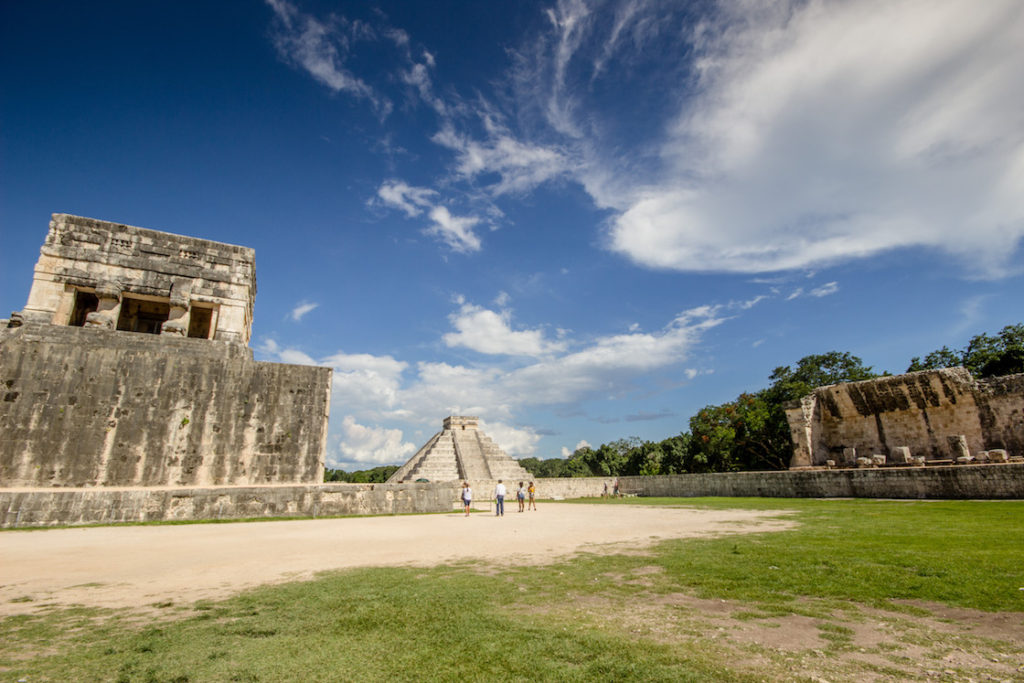 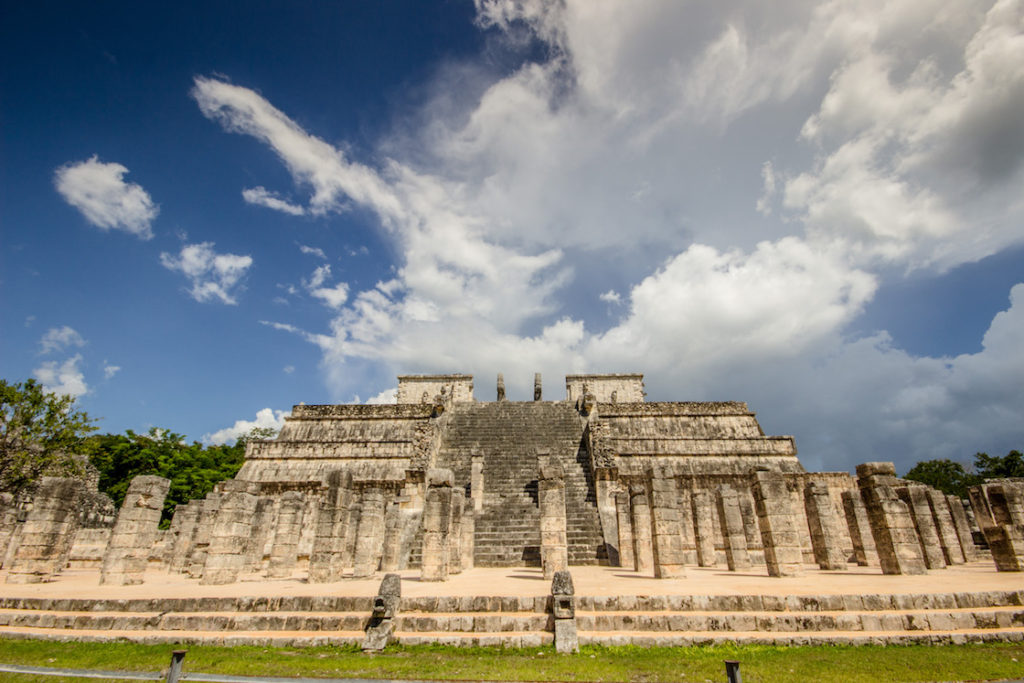 6) Dress for success at the Chichen Itza ruins

Keeping in mind how sprawling Chichén Itzá is, proper footwear is crucial (read: no flip flops). The uneven pathways aren’t paved, and you’ll have to keep an eye out for errant rocks and sticks.

It can also be extremely hot, especially around El Castillo and the Great Ballcourt where there isn’t any shade. Be sure to have lots of water on hand, along with a hat, sunscreen and maybe even an umbrella to protect yourself from harmful UV rays. 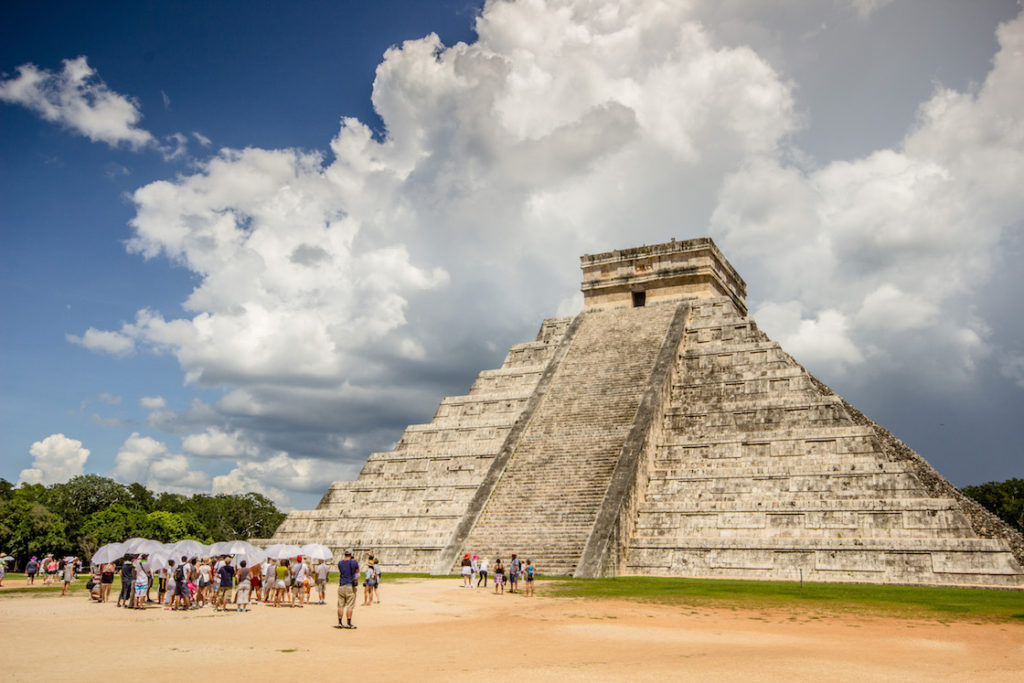 7) Don’t pack a swimsuit for the Chichén Itzá cenote

One thing you won’t need to bring along? A swimsuit…despite the promise of not one but two cenotes on site. As soon as you see what colour they are, you’ll understand why they’re not exactly popular for swimming in. 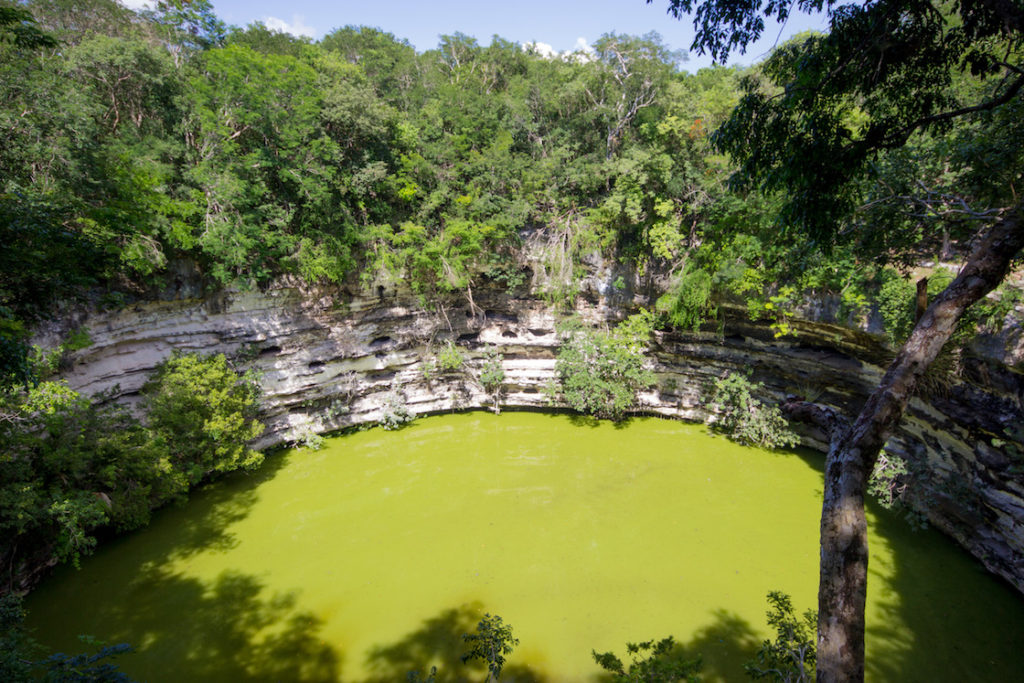 A cenote in Chichén Itzá

8) Brace yourself for the salespeople when visiting Chichen Itza

It often seems like everyone in Mexico is trying to sell you something, and it’s no different when you pass through the gates for your Chichén Itzá excursion, despite it being a protected site. There are souvenir stands absolutely everywhere, selling the likes of t-shirts, wood carvings, shot glasses and figurines.

Brace yourself for the constant barrage of what sounds like a dying cat—it’s actually vendors blowing through a jaguar whistle. Yes, that’s actually a thing, and it is literally the worst. 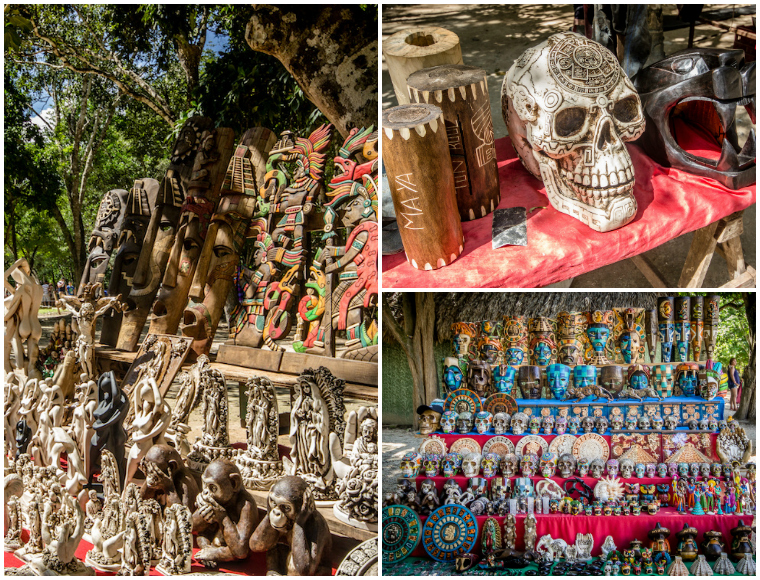 After a long, hot day wandering around one of the greatest wonders of the world, it feels so good to sit back with a cold cerveza, si? There are plenty of spots to do so at the entrance/exit of the site, but here’s a tip: head just down the road to Pisté instead. 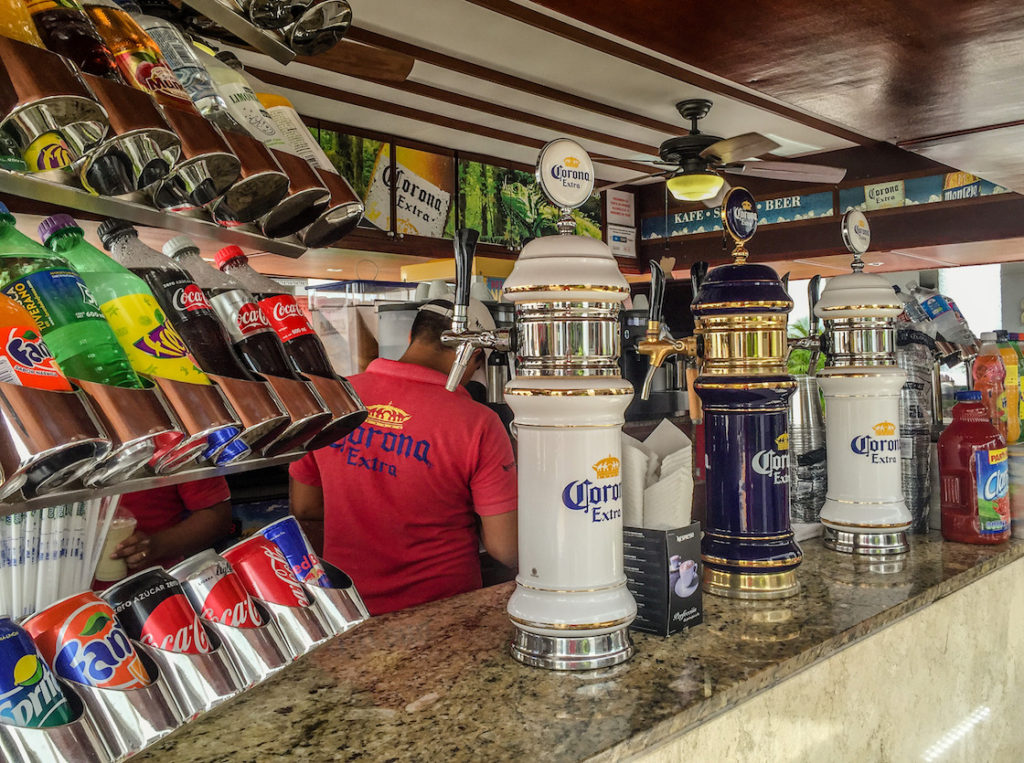 A canteen at Chichén Itzá

The colourful village may be just outside Chichén Itzá, but it’s inexplicably escaped the throngs of tourists and might just be one of the most authentically Mexican spots in the entire Yucatan. Best of all, there’s a fantastic family-run restaurant just off the main road called The Mexican Chicken, which serves up an entire spit-fire roasted chicken, rice and salad for only about $9 USD- a large enough serving to feed at least two people.

Considering a hot dog at Chichén Itzá costs about $4, it’s a no-brainer to head outside the gates and eat in Pisté. 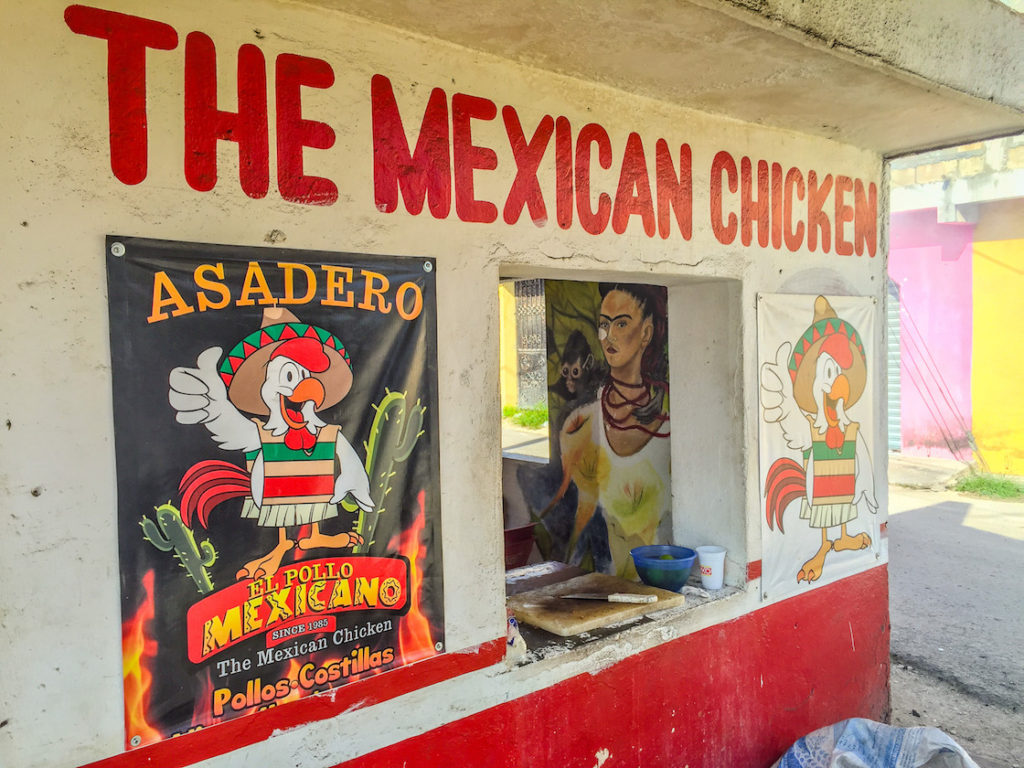 The Mexican Chicken in Piste

There are some great hotels near Chichen Itza, and booking a spot in the heart of the action means you can be the first one through the gates in the morning and avoid the crowds. Top ranked picks include:

This article was first published in December 2016, and updated in August 2018 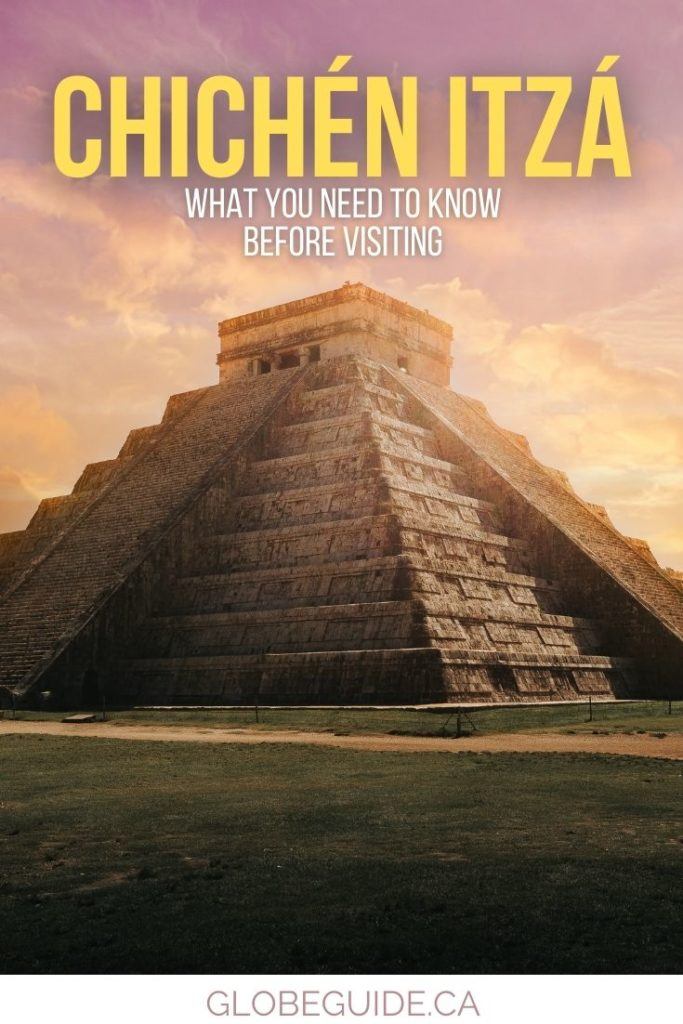 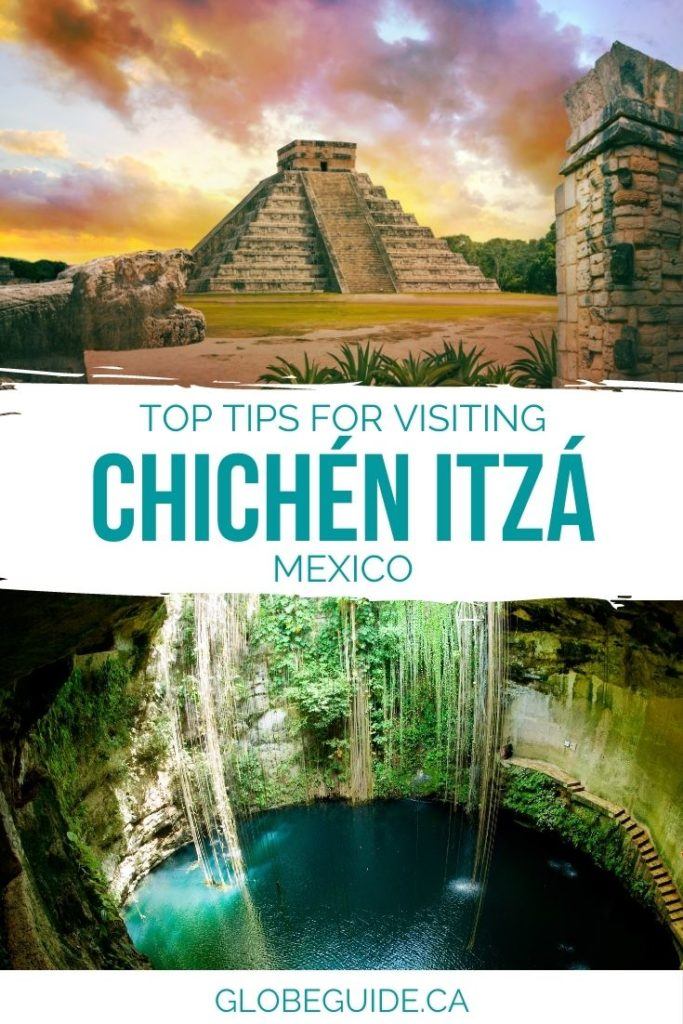 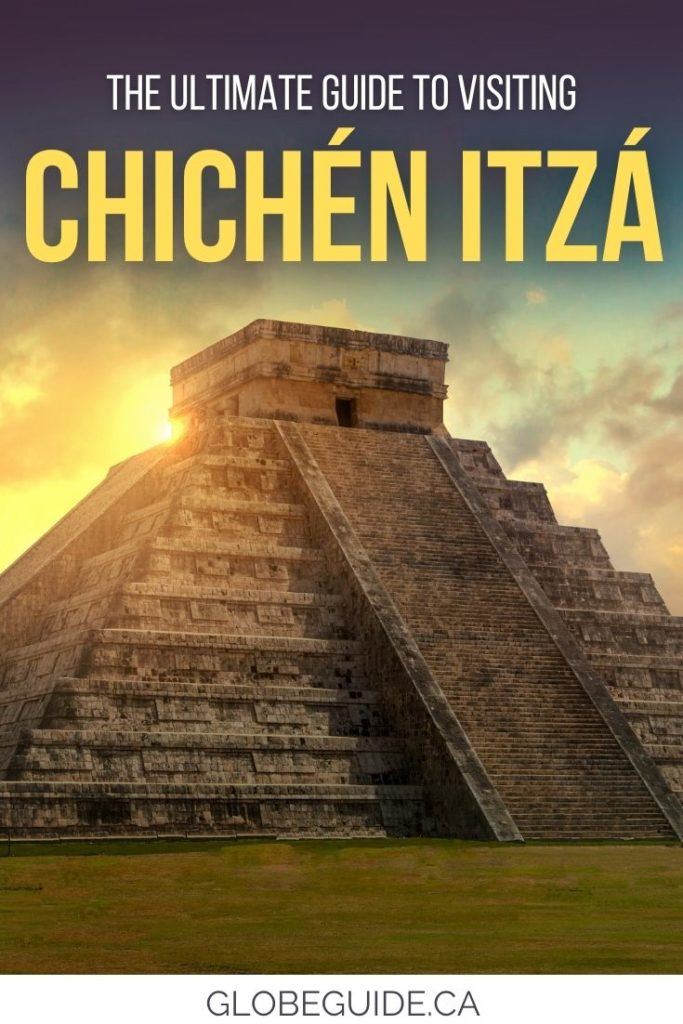