10 best things to do in Mannheim, Germany 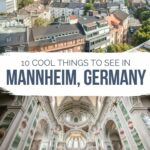 Nicknamed the ‘city of squares’ thanks to its easy to navigate grid formation, Mannheim, Germany is also an industrial centre.

It’s not much of a tourist town compared to nearby spots like Heidelberg; instead, most visitors are here for work and the city is known for being the birthplace of mechanical inventions like the tractor, rocket plane and the first motorcar. 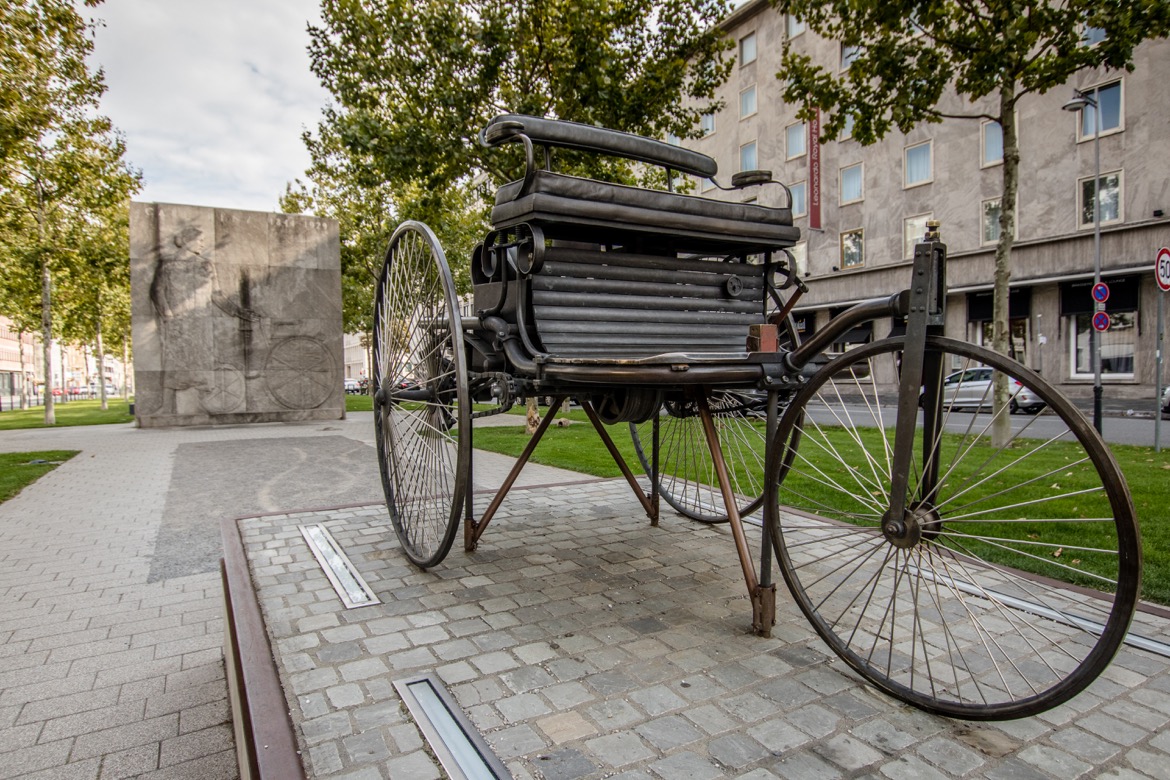 However, wander through the city centre and you’ll find plenty of picture-perfect spots, and won’t have to contend with hordes of tourists like in many other European cities. That, combined with the fact it’s so easy to get to (just one hour from Frankfurt), has the Rhine and Neckar rivers winding through it and is located on Germany’s famed Castle Road makes it worth spending at least a day here. 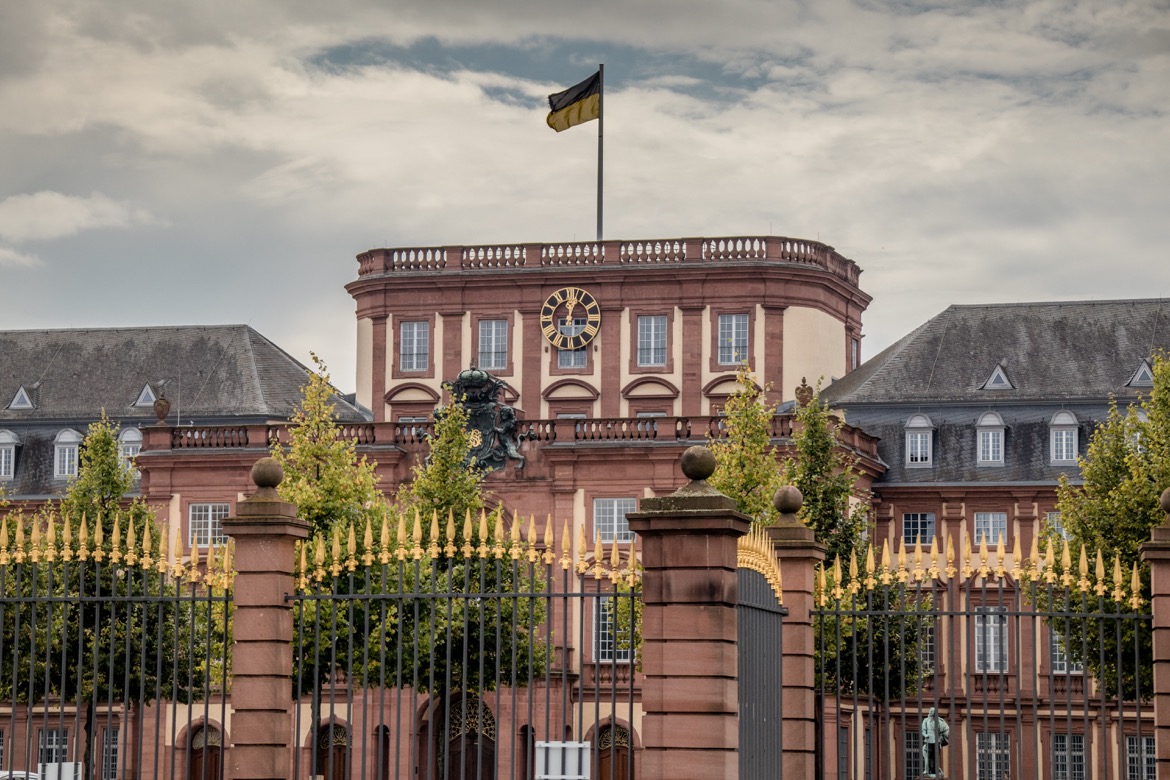 From marvelling at grand palaces to admiring the vibrant street art, here are 10 of the best things to do in Mannheim Germany. 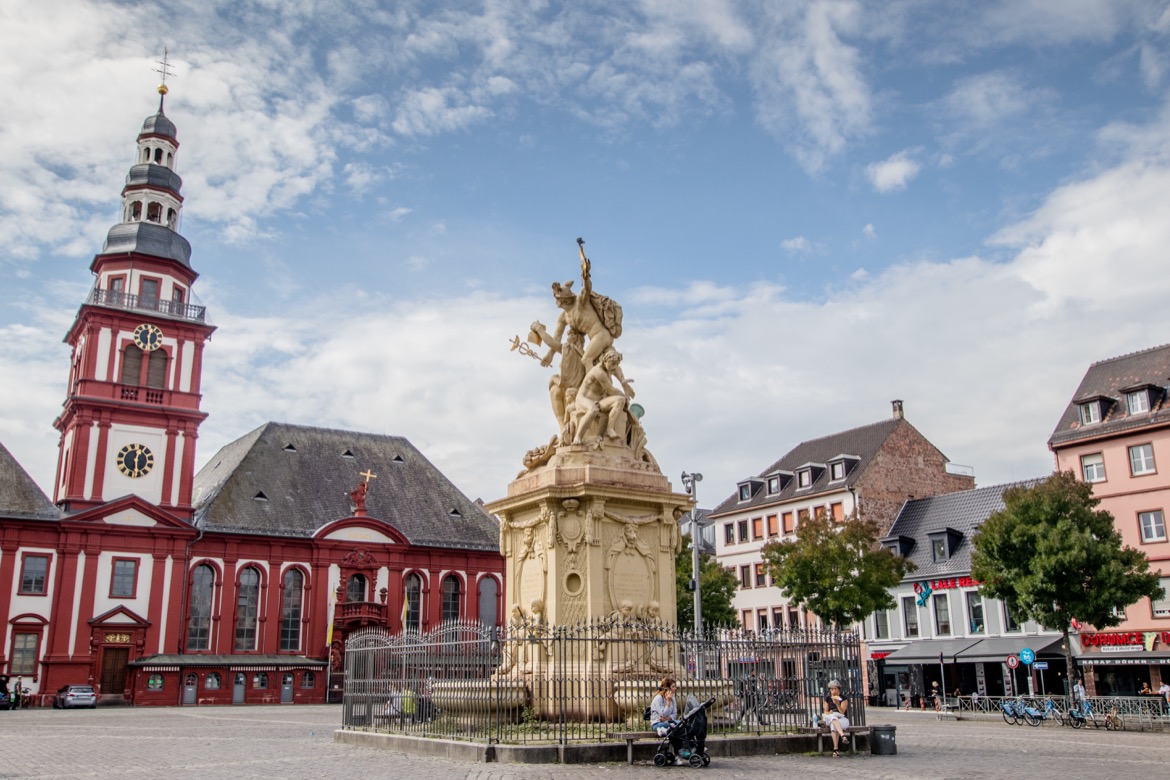 Barockschloss Mannheim is one of the largest Baroque palaces in all of Europe–second only to Versailles–and its grand presence in the historic centre makes this the perfect place to start your trip.

The palace was heavily damaged by bombings during WWII, with only a few rooms escaping complete destruction. The city decided to rebuild it in the late 1940s, and the painstaking process to restore the intricate stucco, frescoes and wall panels took about 60 years. 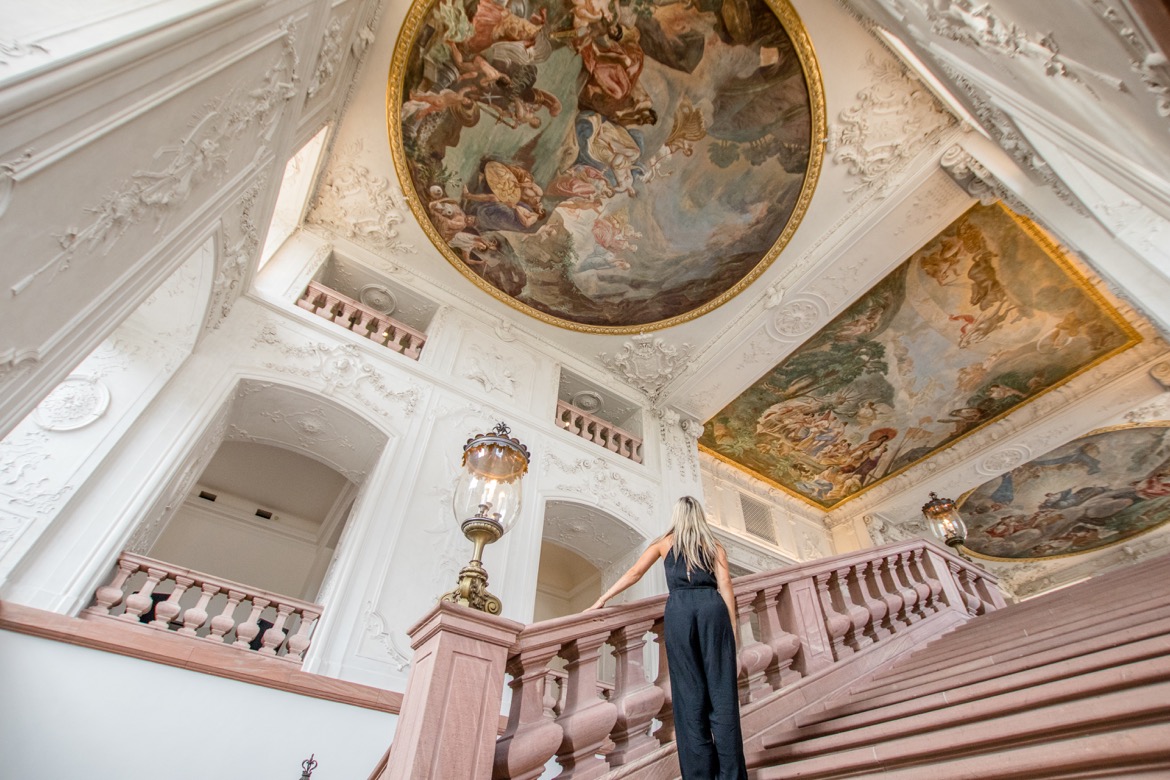 Formerly a residence of the prince electors, a huge courtyard surrounded by a 400 metre facade leads to the entrance where a sweeping ceremonial staircase leads up to the magnificent residence.

The opulent Knights’ Hall glitters with dazzling chandeliers, vases and artifacts are on display in the former living quarters, rich tapestries hang in the staterooms of the imperial apartment and the ceilings are decorated with impressive frescoes. 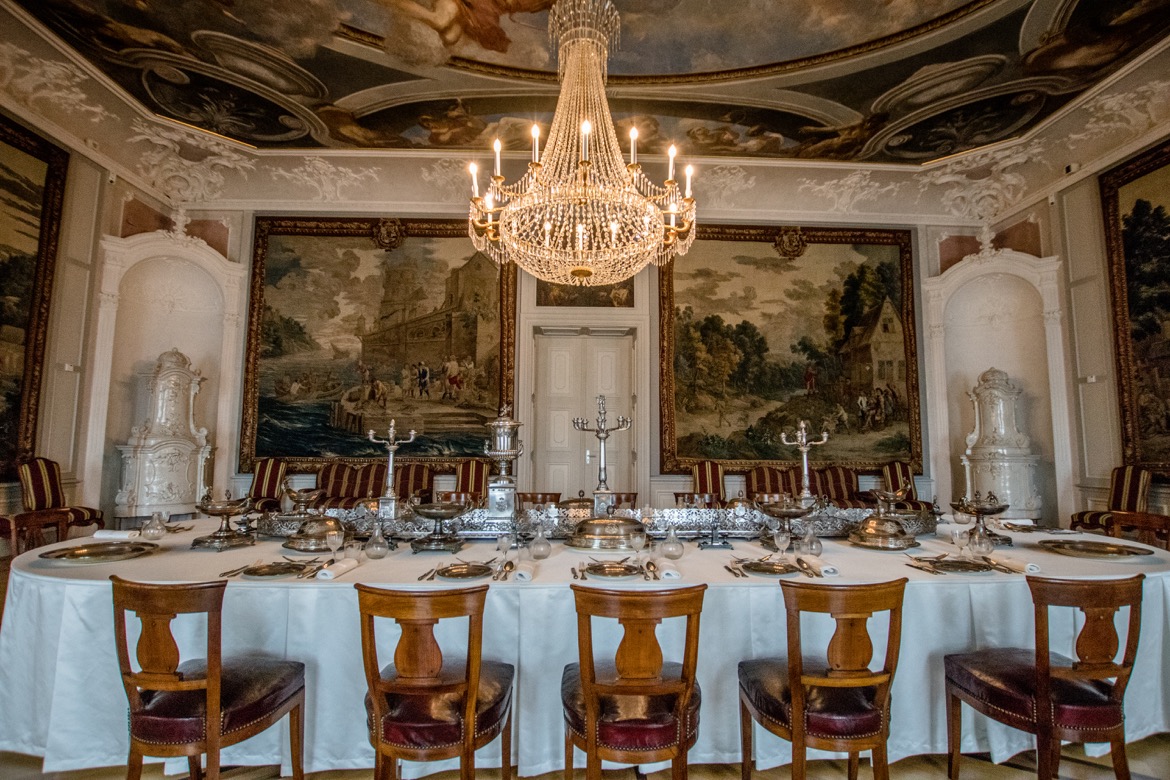 Once visitors have seen all of the rooms on the main floor, they’re invited to head downstairs to the exhibition hall where a number of furnishings and artifacts from the castle are on display. Click here to book 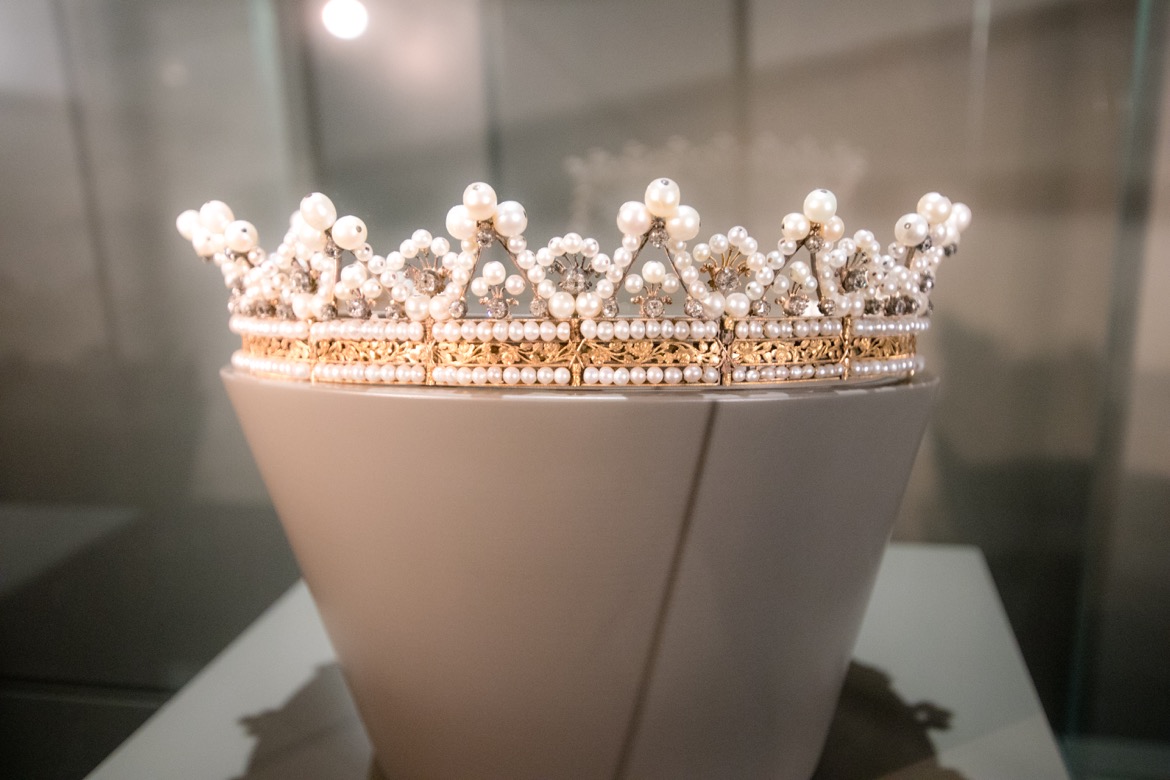 This stunner of a spot was built in 1756, and is modelled after ‘Il Gesu’ in Rome. 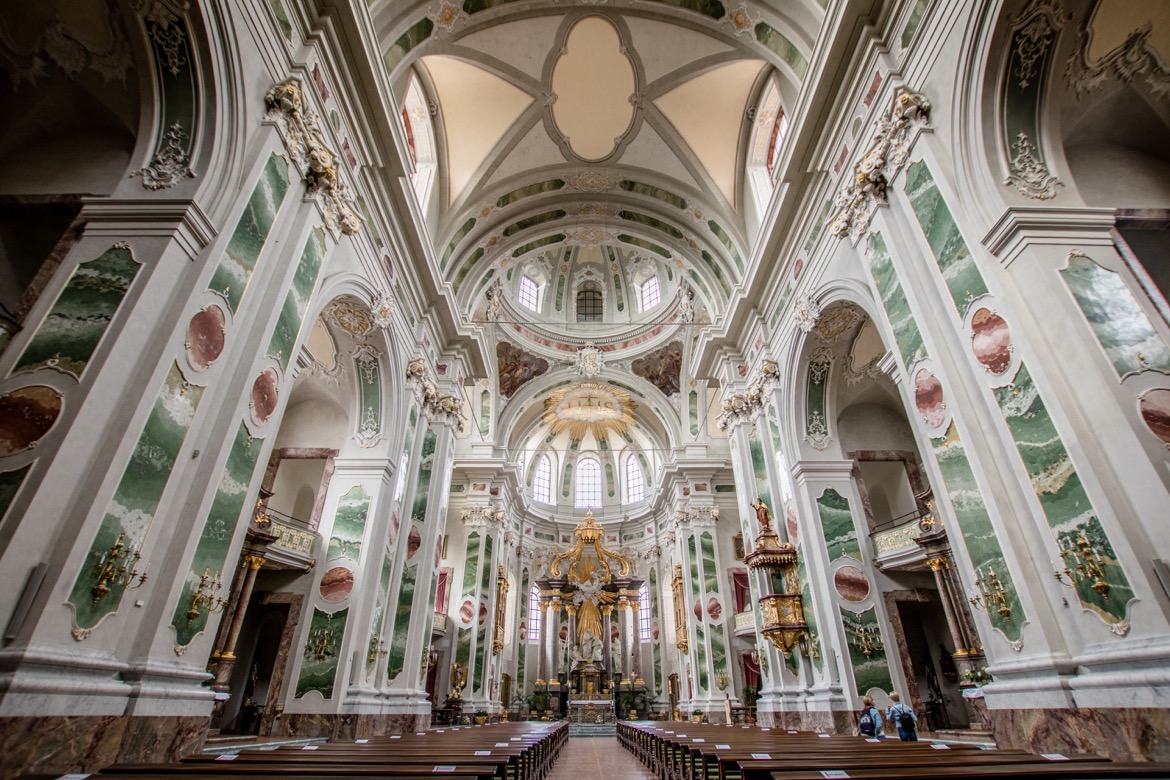 Found a short walk from the palace, its grand cupolas tower above the skyline. Equally impressive both inside and out, visitors are welcome to tour the grandiose interior of this Baroque masterpiece which dates back to the 1700s. 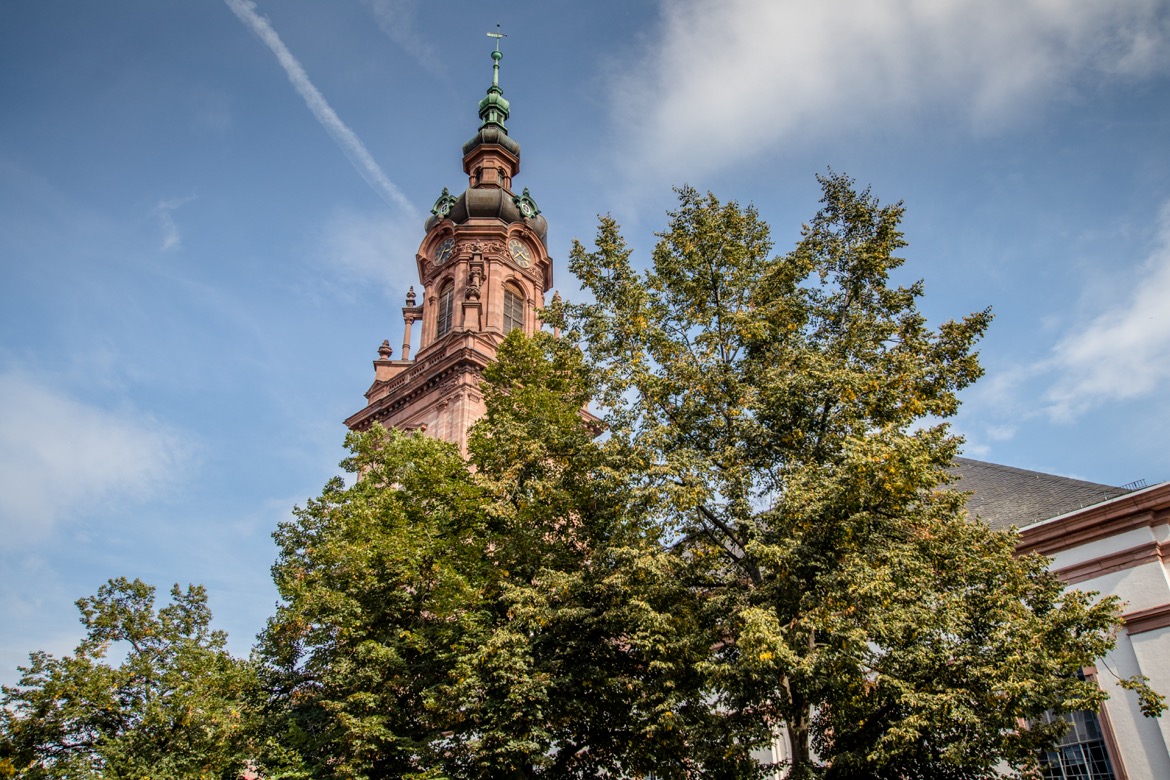 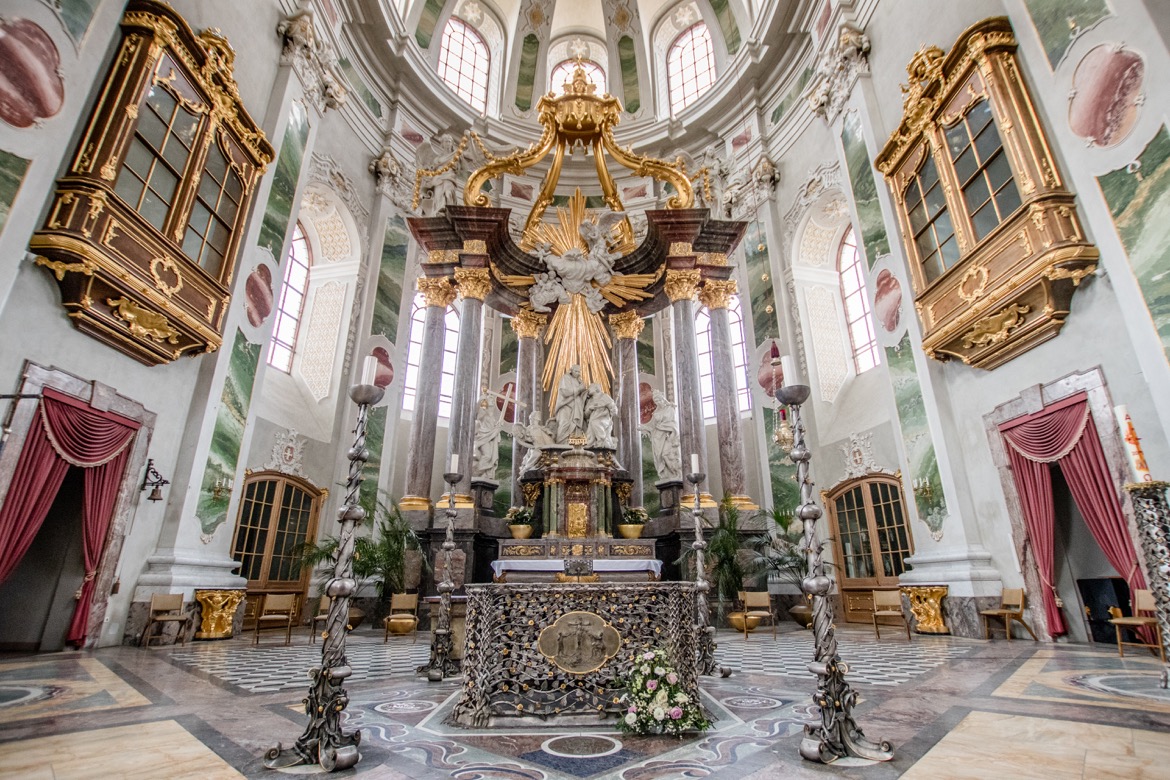 A quick walk down some of the side streets reveals one of the top Mannheim attractions, called the Open Urban Art Museum. There are more than a dozen massive murals painted on the sides of buildings throughout the city centre, and even more on the outskirts. 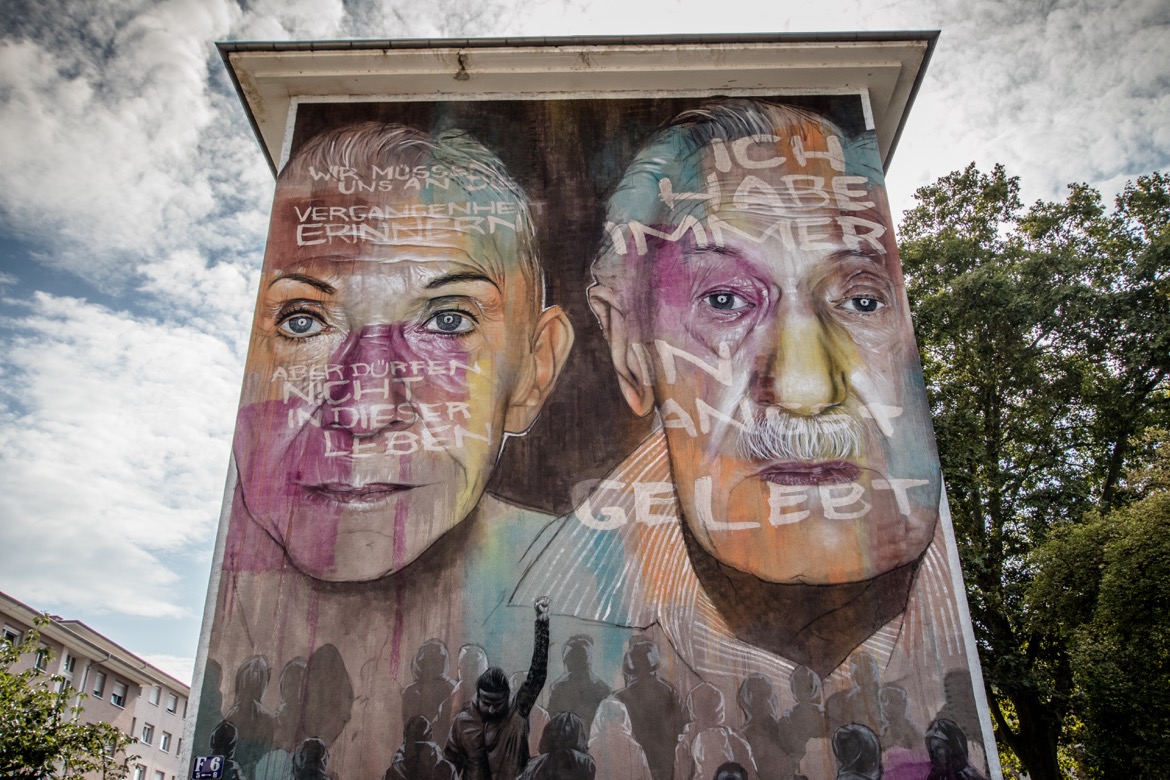 This project to beautify the city started in 2013, and street artists from all around the world have been invited to Mannheim every summer since to spray paint murals on the sides of homes. 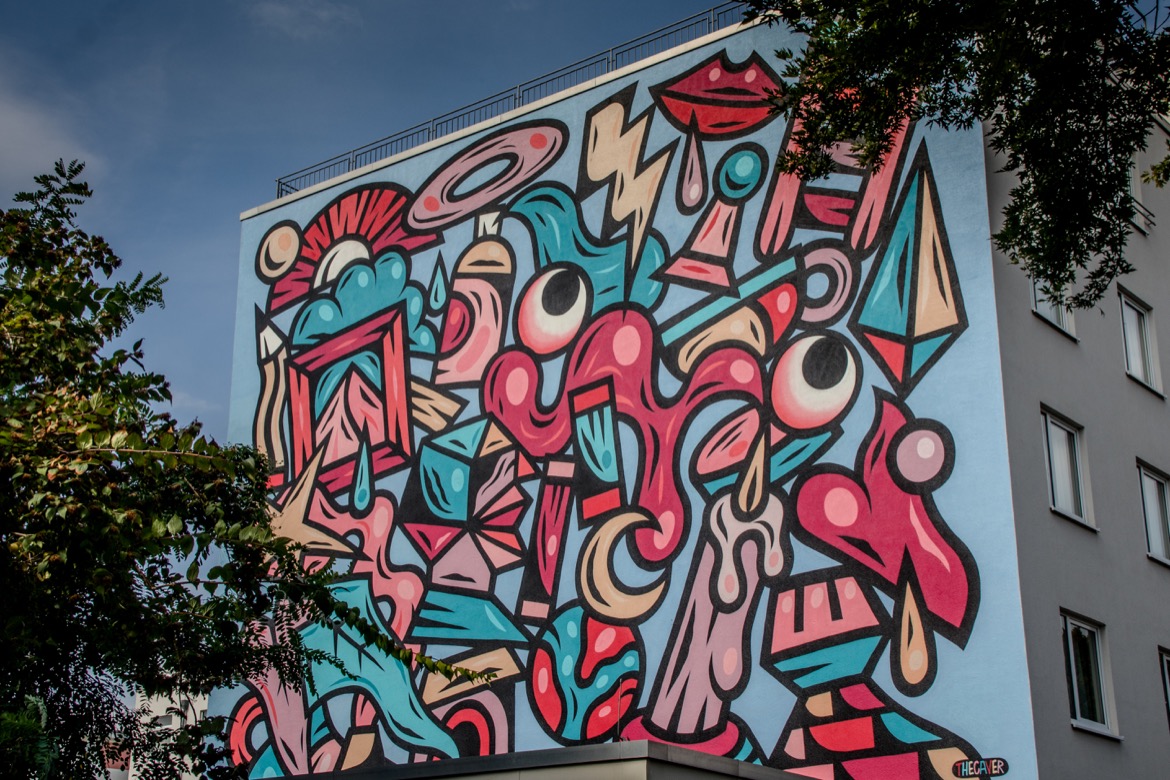 Residents are known to get quite excited when their building is selected for an artsy-makeover, and you’ll often see them outside passing drinks up to the artists as they stand on scaffolding creating their giant works. Book a walking tour 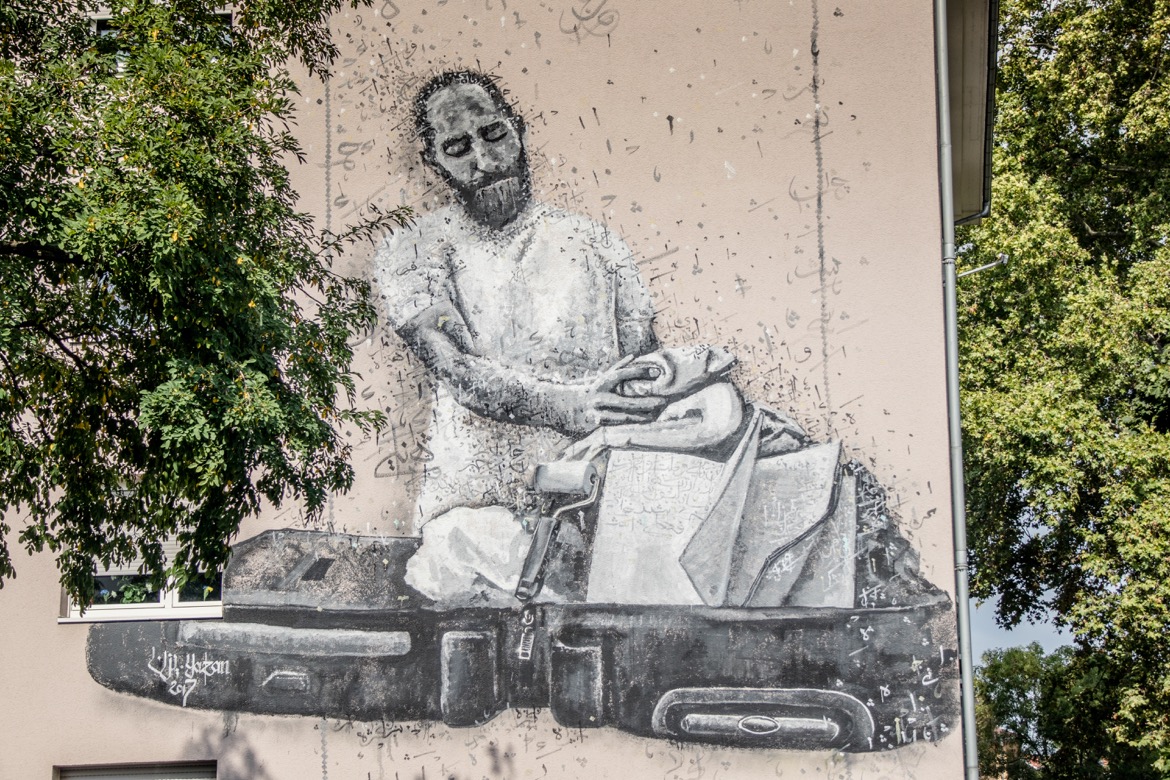 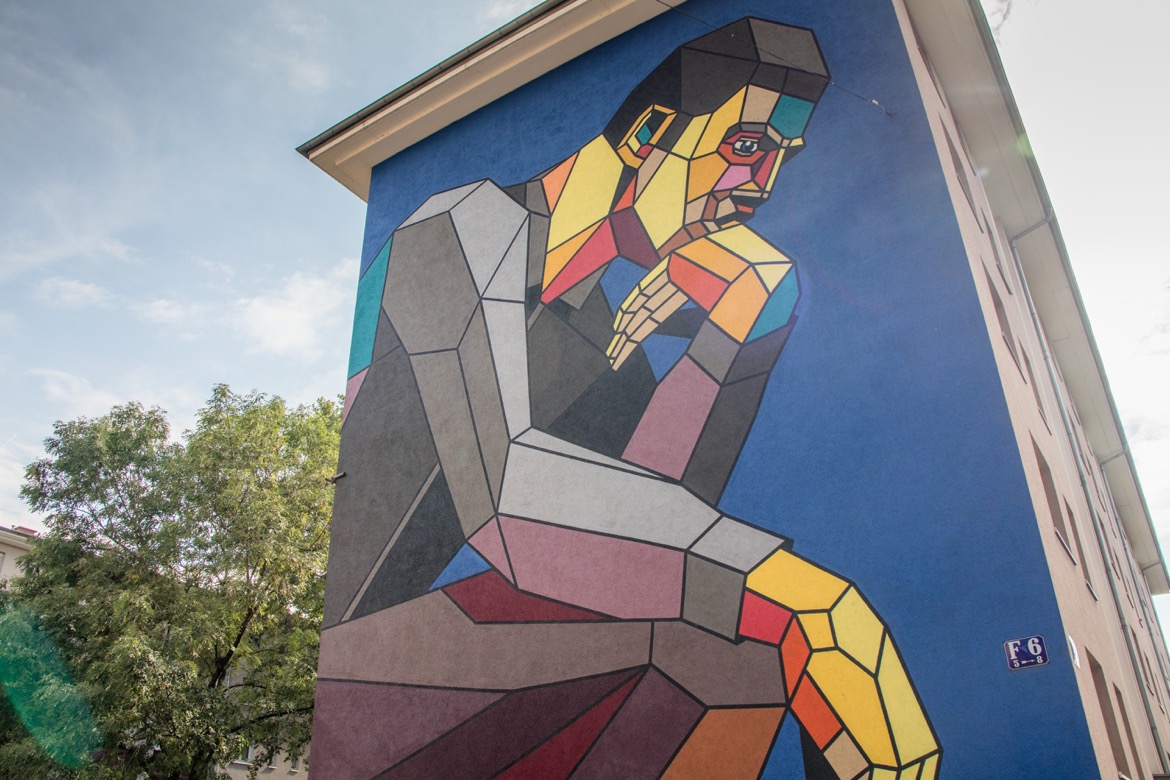 Book a guided tour in Mannheim:

It might sound strange that a city’s drinking water supply would be one of the top Mannheim tourist attractions, but it makes sense as soon as you see the gorgeous, 60-metre tall neo-Baroque water tower. 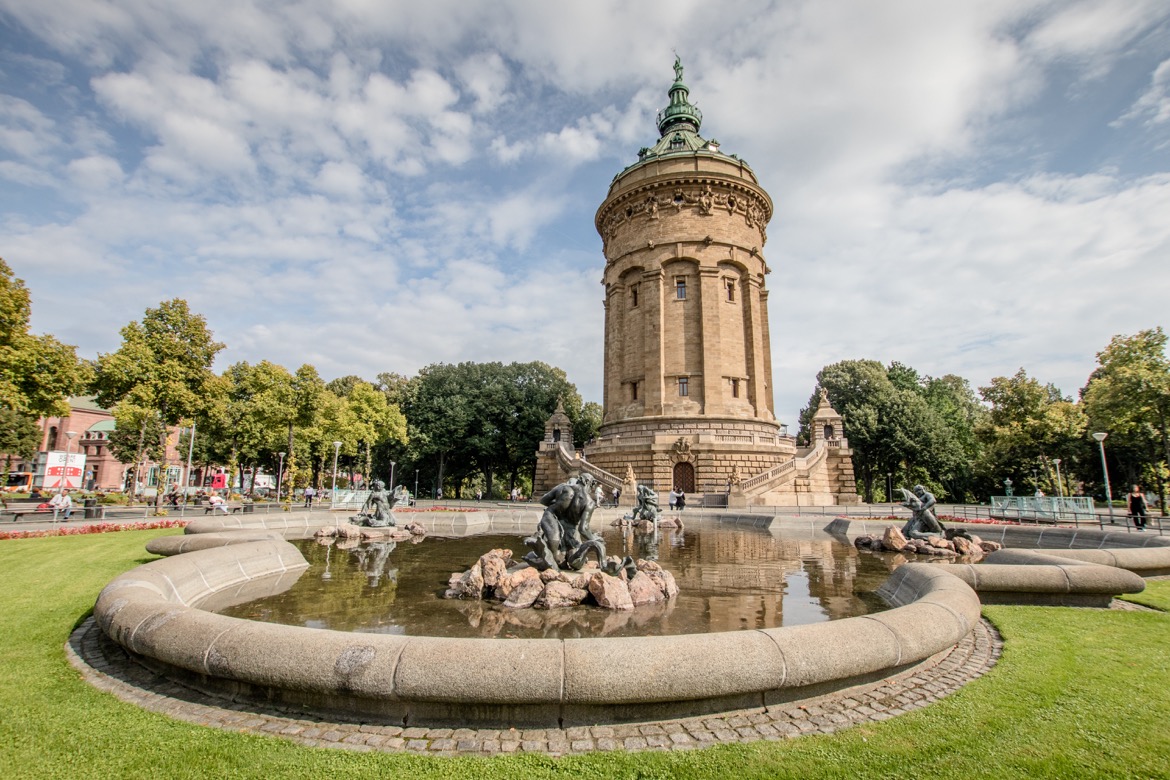 Surrounded by cascading fountains and immaculately kept gardens, the wasserturm is a treasured gathering spot in the city, and climbing up the stairs reveals nice views of the nearby Friedrichsplatz arts district. 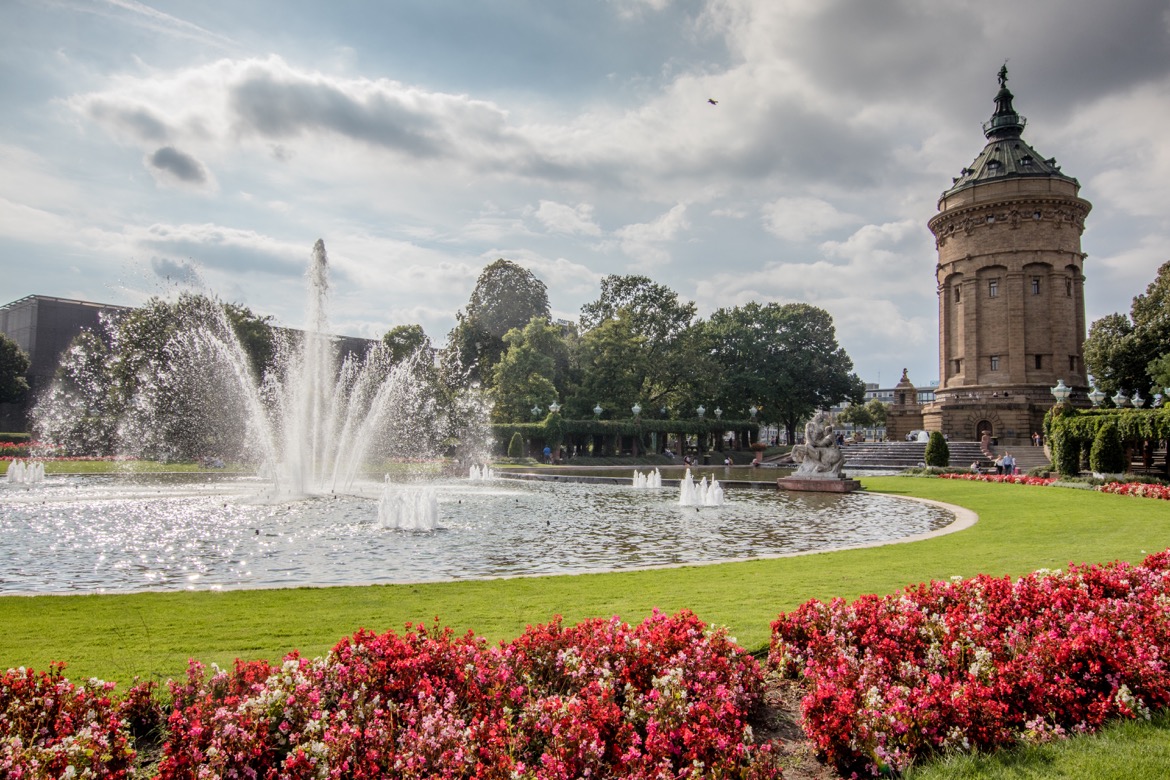 A similar spot to the water tower is Paradeplatz, in the heart of the city centre just steps from the main shopping area. 10 paths lead up to the Grupello Pyramid fountain in a star formation, which is bordered by vibrant blooms during the warmer months.

This is another lively area for enjoying a coffee or picnic, and the Stadhaus which holds shops, restaurants and the city library is across the street. 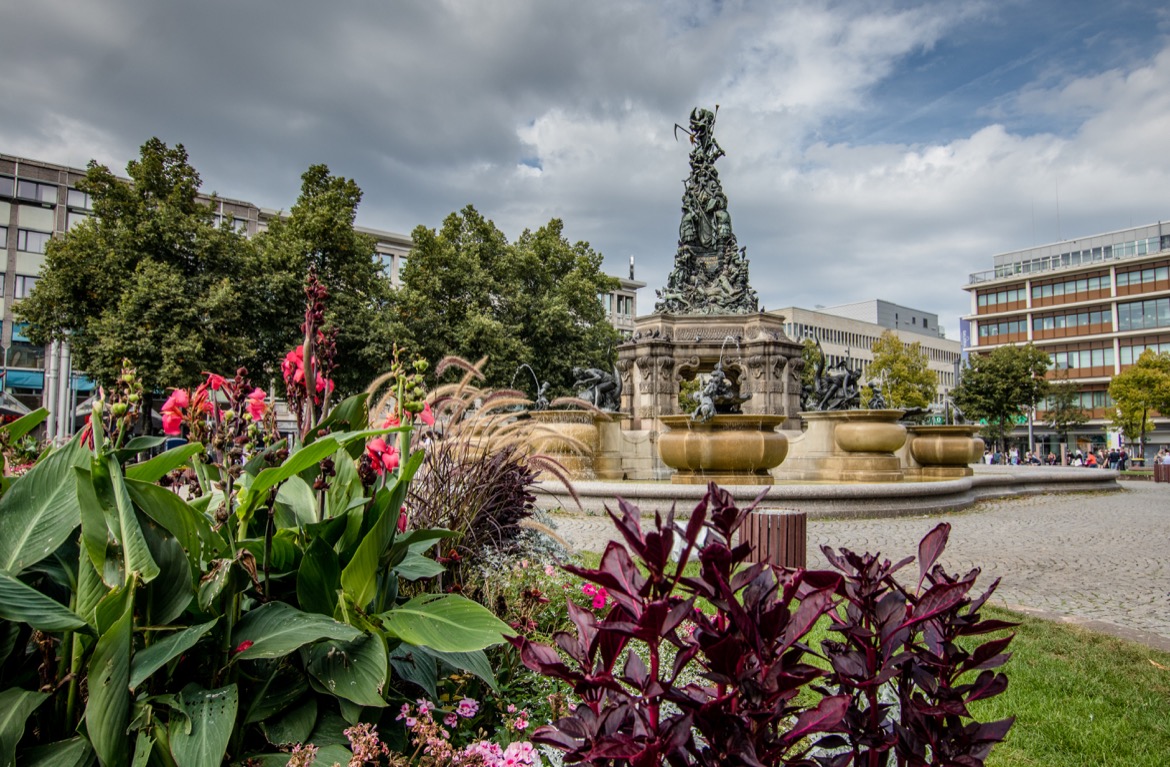 One of the top places to visit in Mannheim is a district that feels like you’ve been transported to a whole other country: Little Istanbul. The closest thing to Turkey without actually being in the country, this area in the historic centre has shisha bars, rug shops, bridal stores and authentic Turkish restaurants serving up favourites like kebabs and apple tea.

Fashionistas rejoice: Mannheim has great shopping areas right in the heart of the city. Large department stores and well-known brands line the strip along the 800-metre long ‘Planken’ precinct, which is a bustling pedestrian-only area aside from the trams.

Once you’ve overhauled your wardrobe, head over to Fressgasse which has great restaurants, or Kunststraße which is known for its art. 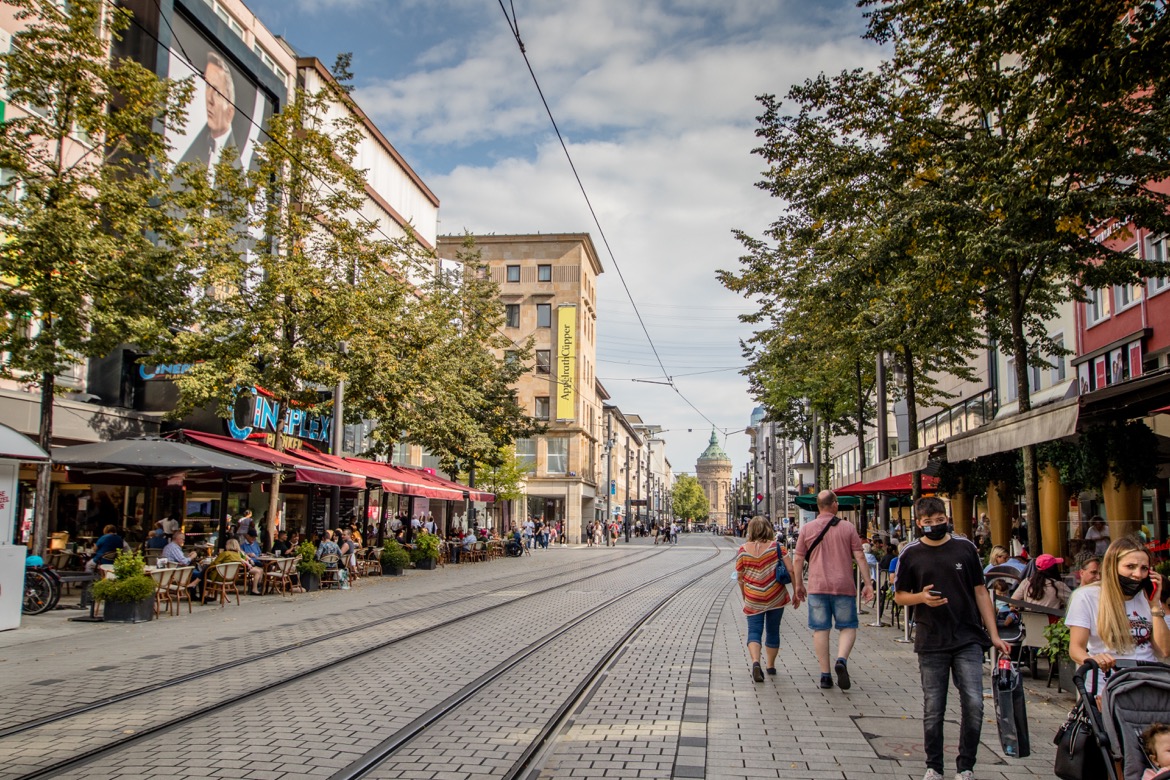 Book one of these great Mannheim city tours:

8) Enjoy drinks with a view

One of the best things to do in Mannheim Germany is simply sit back, relax and enjoy the view. There are a number of sky-high bars and restaurants around the city with birds-eye vantage points, and even hotels (book a high-level corner room at the Hilton Garden Inn Mannheim for an incredible vantage point). 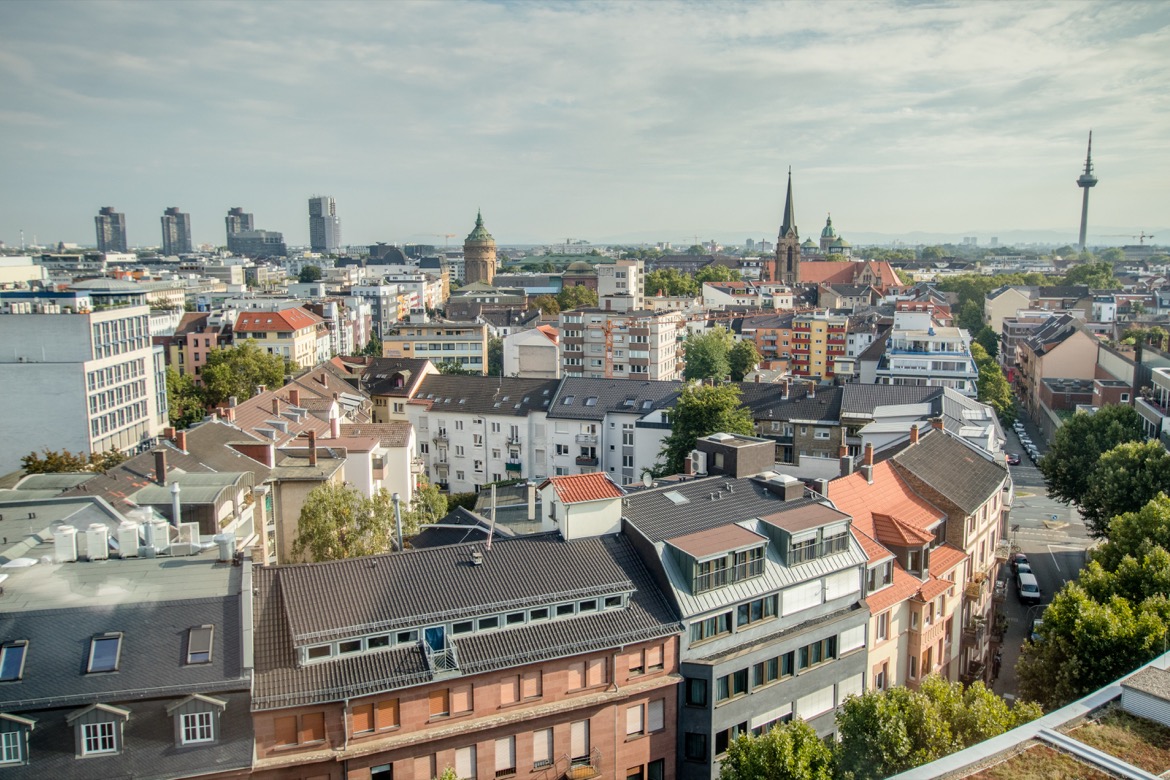 The view from the Hilton

Some good picks include ROOF Bar Mannheim, the Dachgarten restaurant in the Engelhorn department store, and the Skyline restaurant in the Fernmeldeturn communications tower. Located on the banks of the Neckar, it’s been open since 1975 and is the city’s tallest structure at 218 metre tall. There’s a revolving restaurant, and an observation deck that’s 121 metres high. 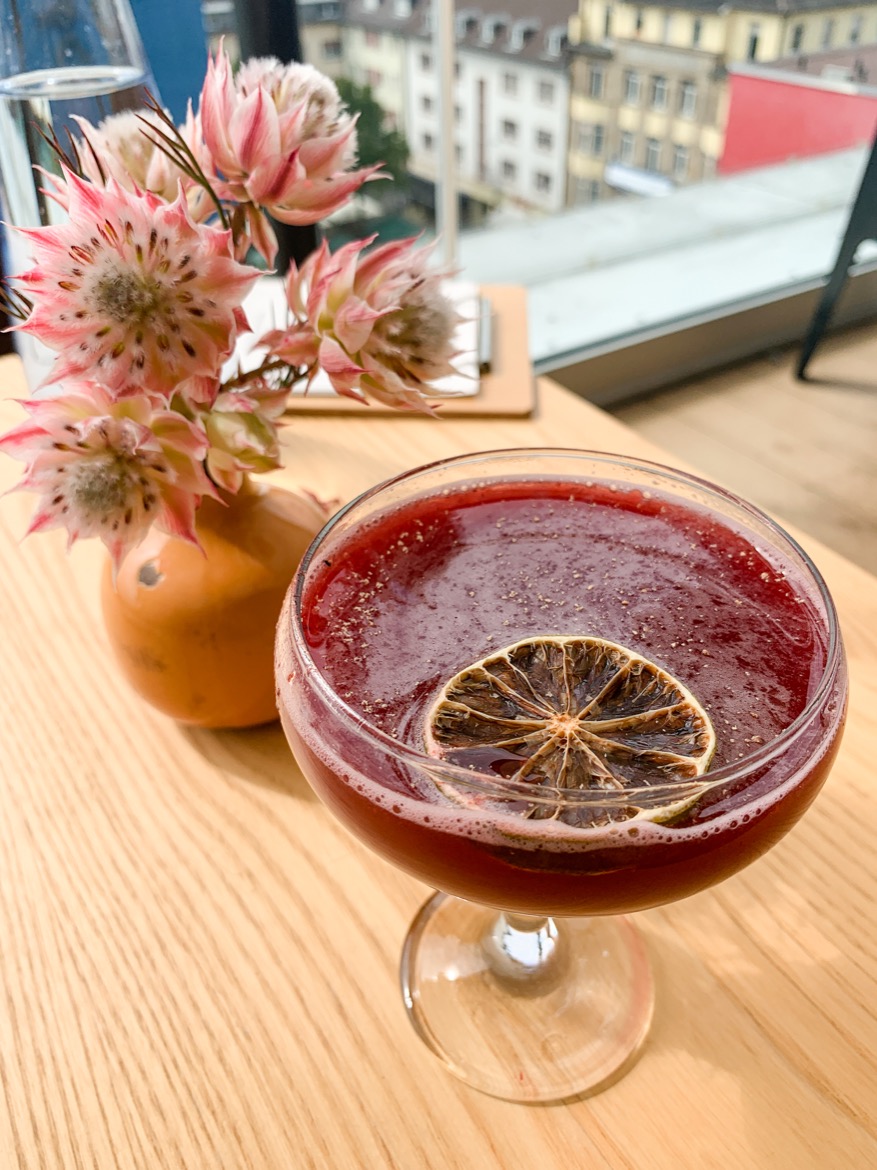 For some after-hours fun, head to the Jungbusch district on the west end of the city centre, which is particularly lively on the weekends and home to some of Mannheim’s best nightlife spots. Jungbuschstraße is the place to be, as the street is lined with bars, galleries, restaurants and clubs.

10) Day trip along the Castle Road

Mannheim makes a great base for exploring southwest Germany’s famous Castle Road, as it marks the start of the 780 kilometre route and is just a short drive away from show-stopping spots like Schwetzingen palace and the charming city of Heidelberg which is known for its hilltop castle. 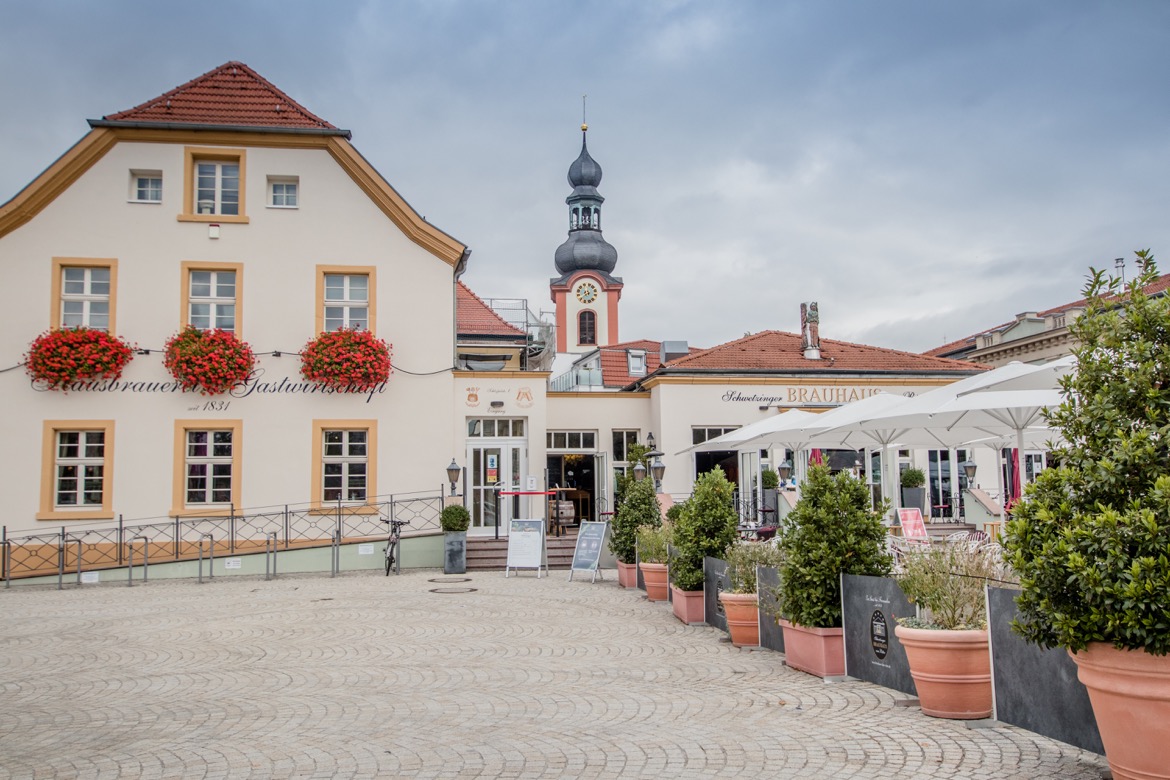 The Castle Road stretches all the way to Prague, and can be explored by driving, biking and even on foot. Some of the best stops include picturesque Bad Wimpfen which is known for its beautiful half-timbered houses, Hirschhorn which features a 12th century castle on the banks of the river, and Neckarsteinach which has four different castles you can see while standing in one spot.

READ MORE: Swoon-worthy stops along the Castle Road in Germany 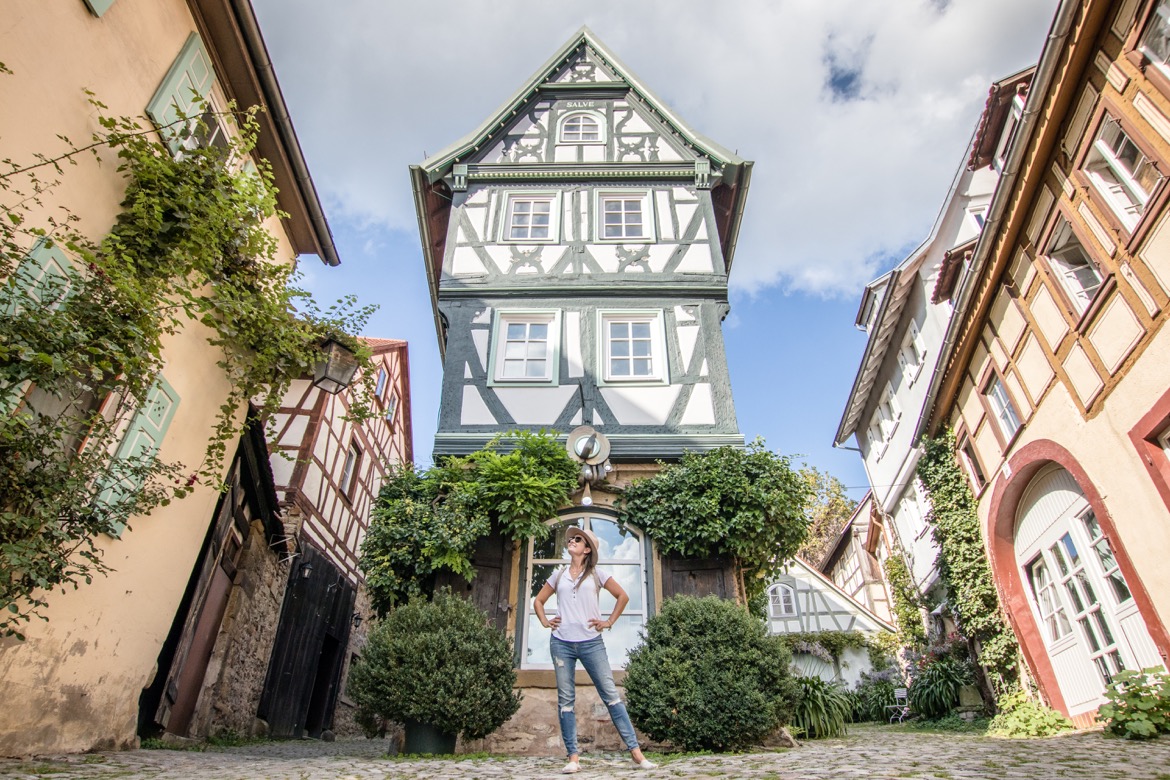 Where to stay in Mannheim:

Globe Guide explored Mannheim as a guest of Visit Mannheim. As always, hosts have no editorial influence on articles. 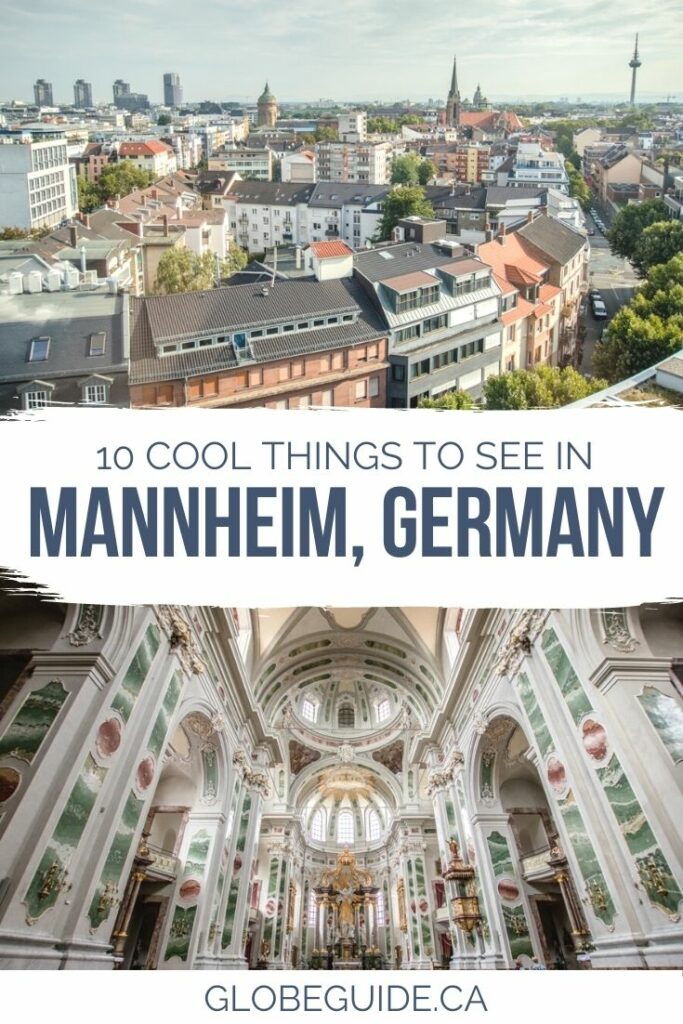 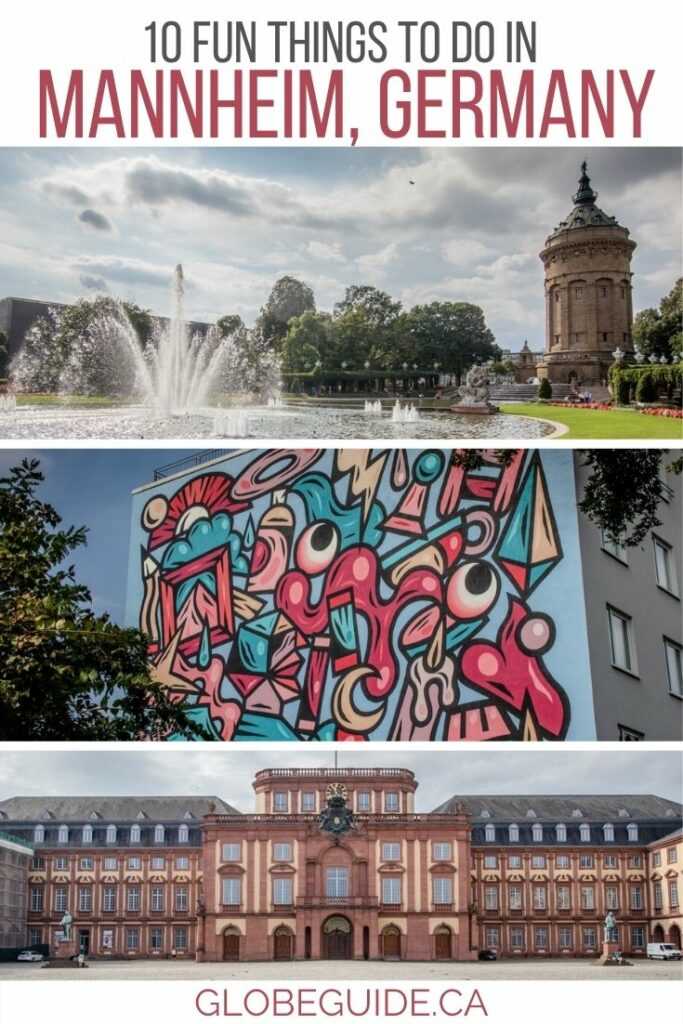 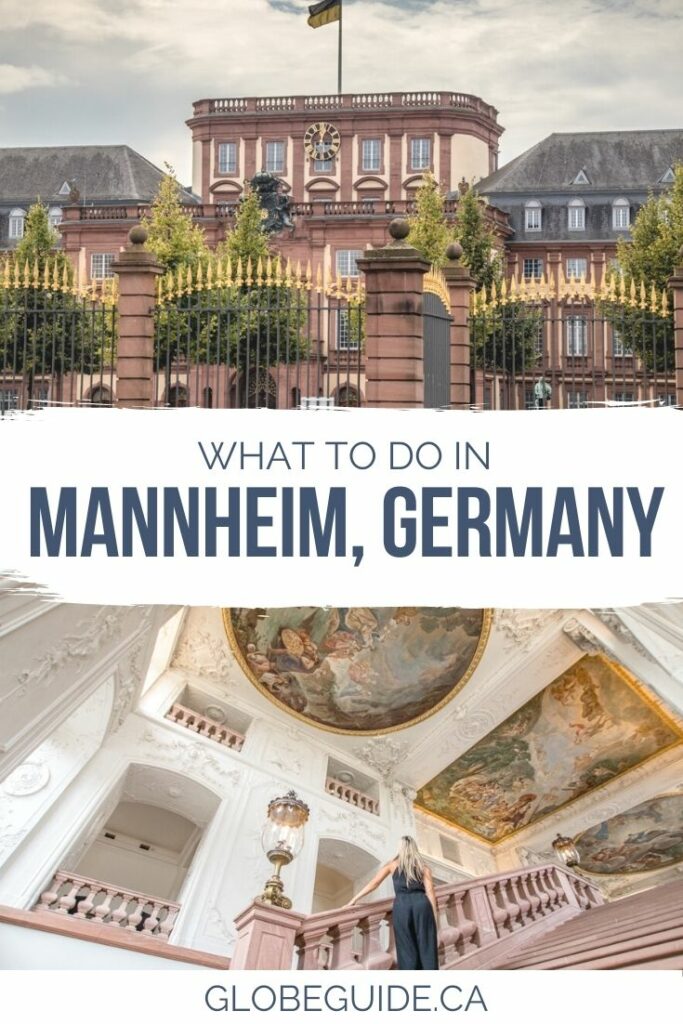