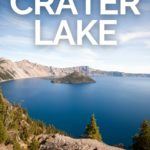 You may think you’ve seen blue before, but chances are you’ve never seen such a mesmerizing hue of the cerulean shade until you lay eyes on Crater Lake.

Thanks to its transfixing colour and a claim to fame as the deepest lake in the entire United States at 1,943 feet, Crater Lake National Park is one of the top attractions in Oregon. The water is fed by rain and snow which makes it one of the cleanest large bodies of water in the world, and there are so few particles that it’s incredibly clear.

The lake itself was formed after the Mount Mazama volcano collapsed following a major eruption nearly 8,000 years ago, and is marked by Wizard Island, a cinder cone that burst out and now juts out of the water. The photo-ops from around the rim are endless, and there are plenty of hiking trails, fishing holes and camping spots to explore throughout the park. From where to go to what to see, here’s a complete guide to visiting Crater Lake National Park. 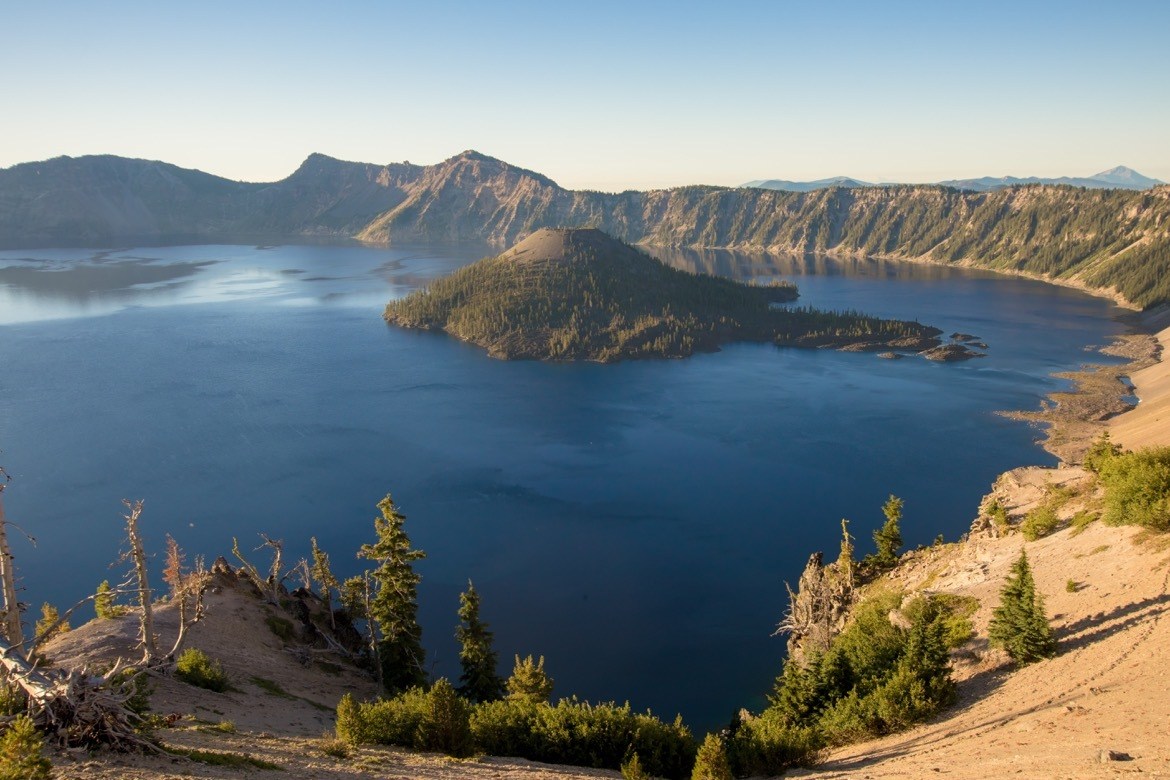 Where is Crater Lake

Crater Lake is in southern Oregon, and the closest cities are Klamath Falls and Medford. It’s a great stop for those doing a road trip between California and Oregon, and about 90 minutes from Bend. To explore more of the surrounding area head east to the Umpqua Hot Springs, or an hour north where there’s a beautiful chain of lakes around La Pine including Odell Lake, Waldo Lake and Paulina Lake.

While the park is open year-round, some roads are closed seasonally due to snowfall, including the park’s north entrance road and Rim Drive which shut down by November 1 and don’t reopen until at least May.

The best way to explore is by hopping in the car and doing the Crater Lake rim drive, which is considered one of the most scenic byways in America. The 33-mile loop only takes about one hour, though you’ll want to budget at least a few hours to enjoy all the incredible photo ops. 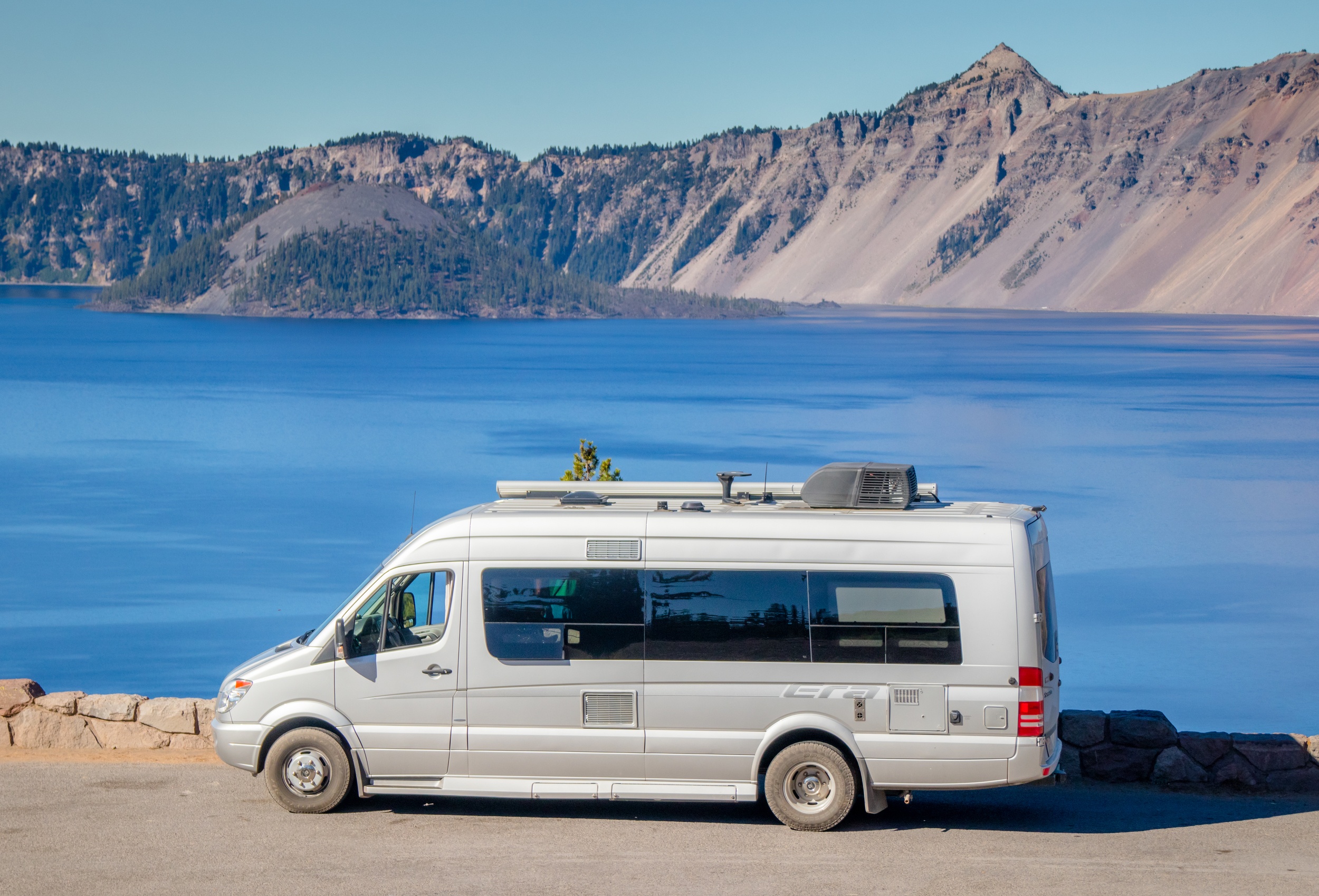 The road is usually open from July to mid-October, and top stops include: 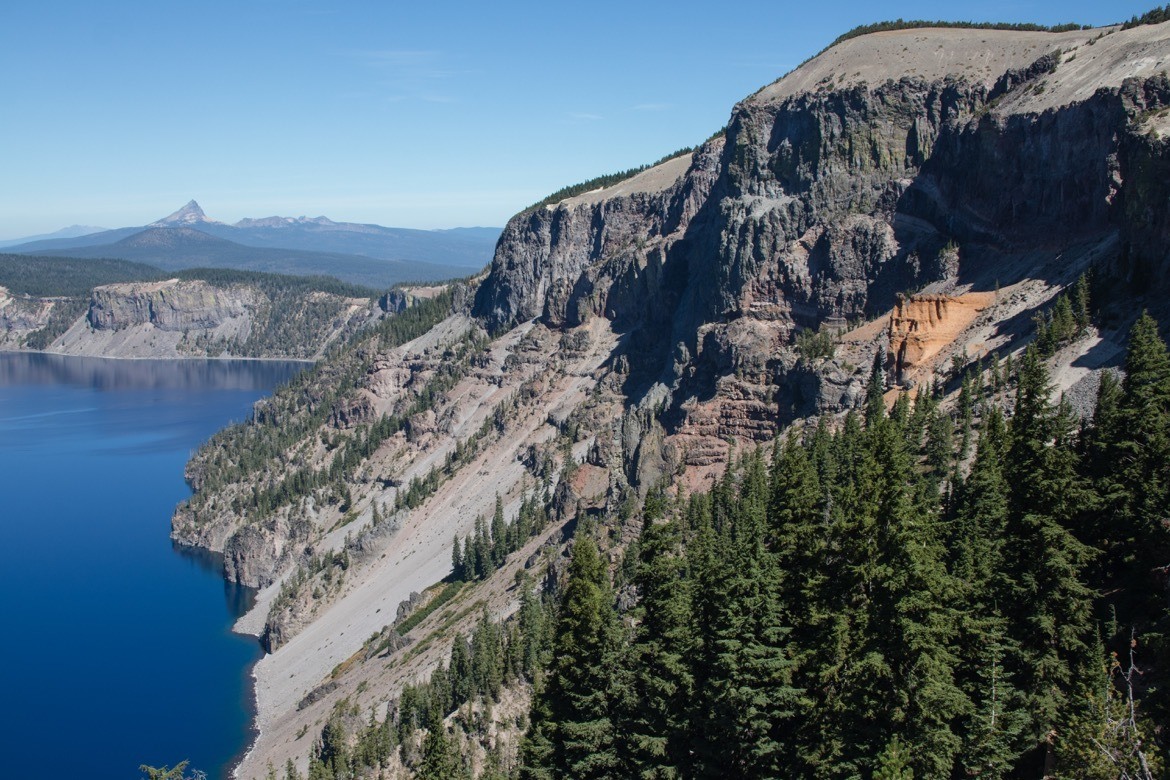 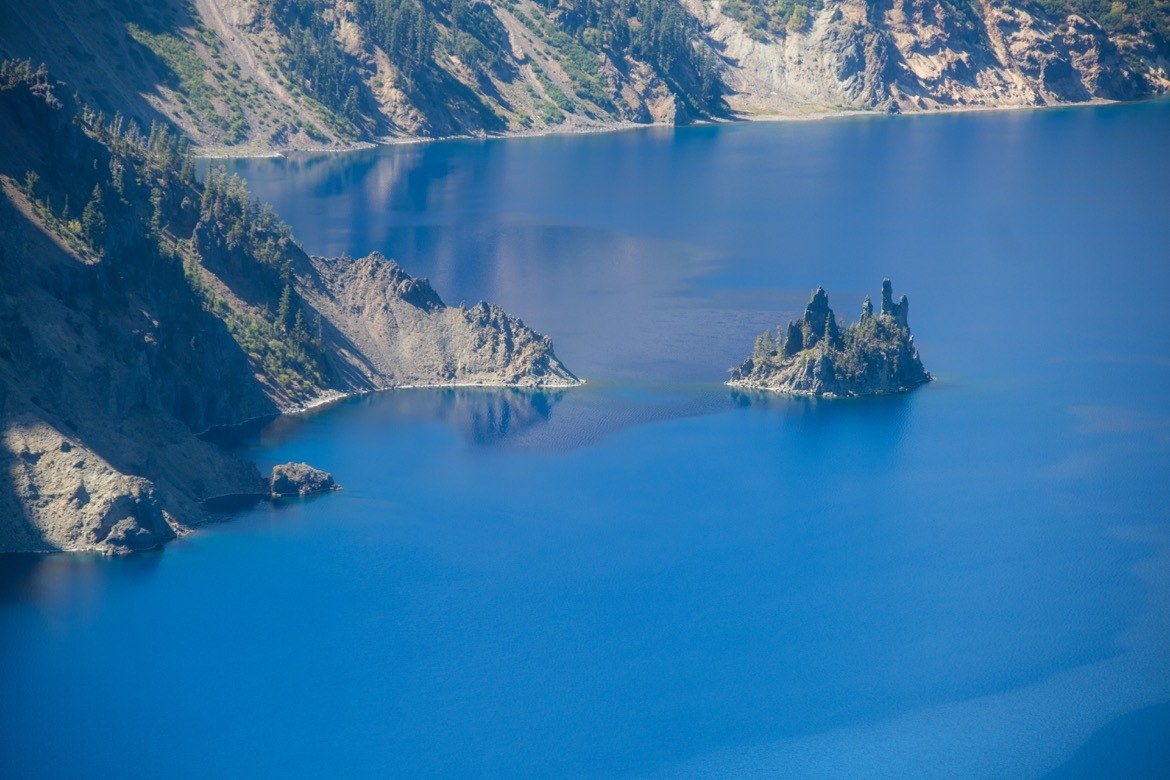 Globe Guide tip: Drive in a clockwise direction so the pullouts are on your right which makes it easier to park, and get there early in the morning to beat the crowds. 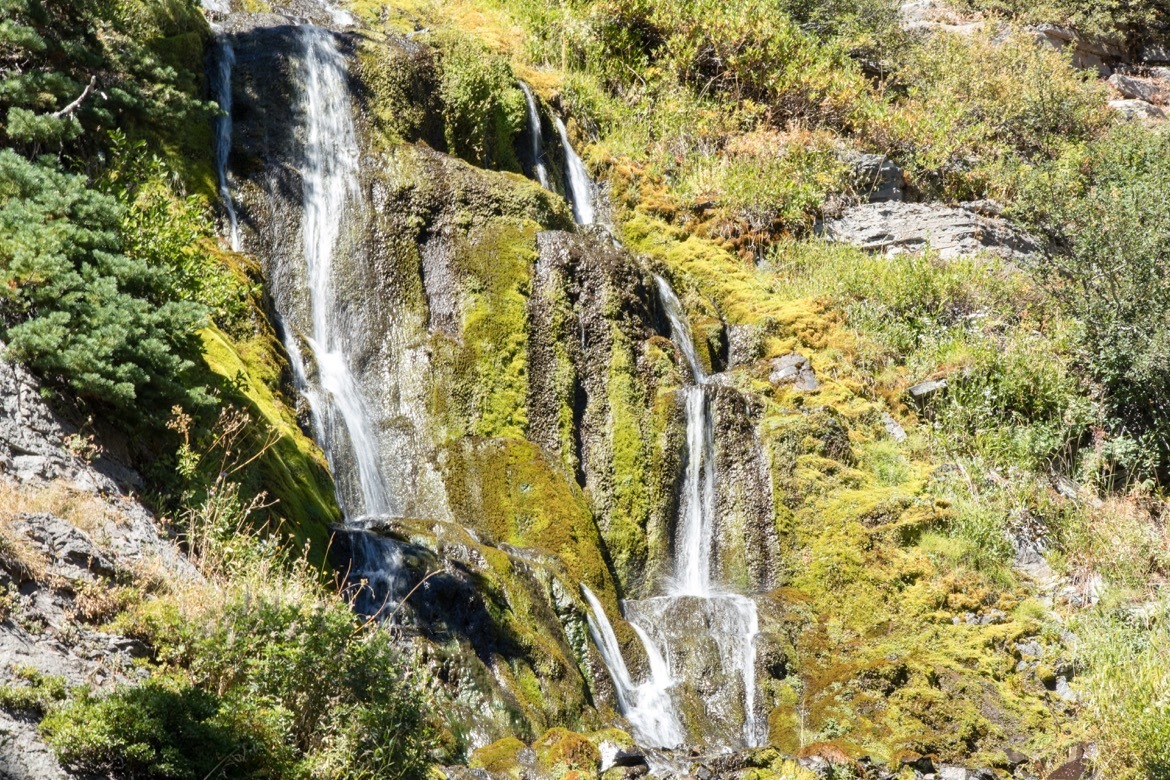 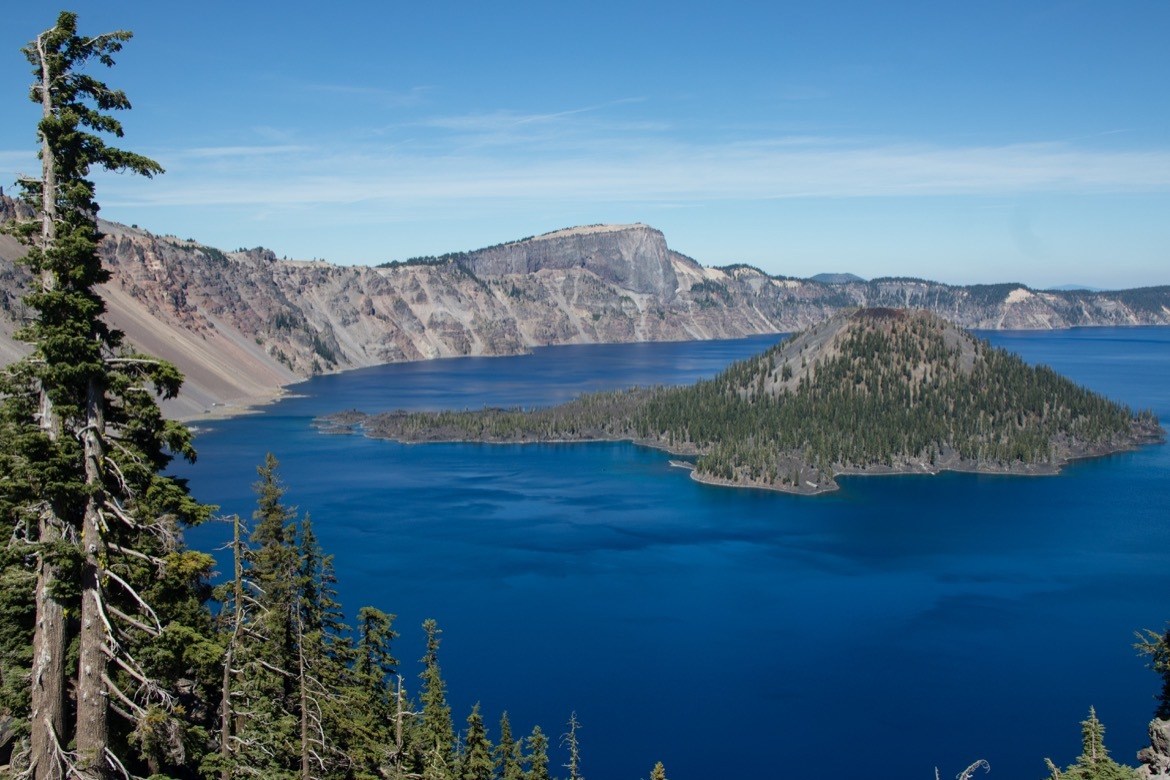 Best things to do at Crater Lake

Most visitors do a combination of the Rim Drive with a couple of hikes, and there are other activities like biking, boat tours and star gazing worth including on your Crater Lake itinerary if time allows. In colder months you can go snowshoeing or winter camping, while summer means swimming and fishing (you don’t need a license, just bring gear). 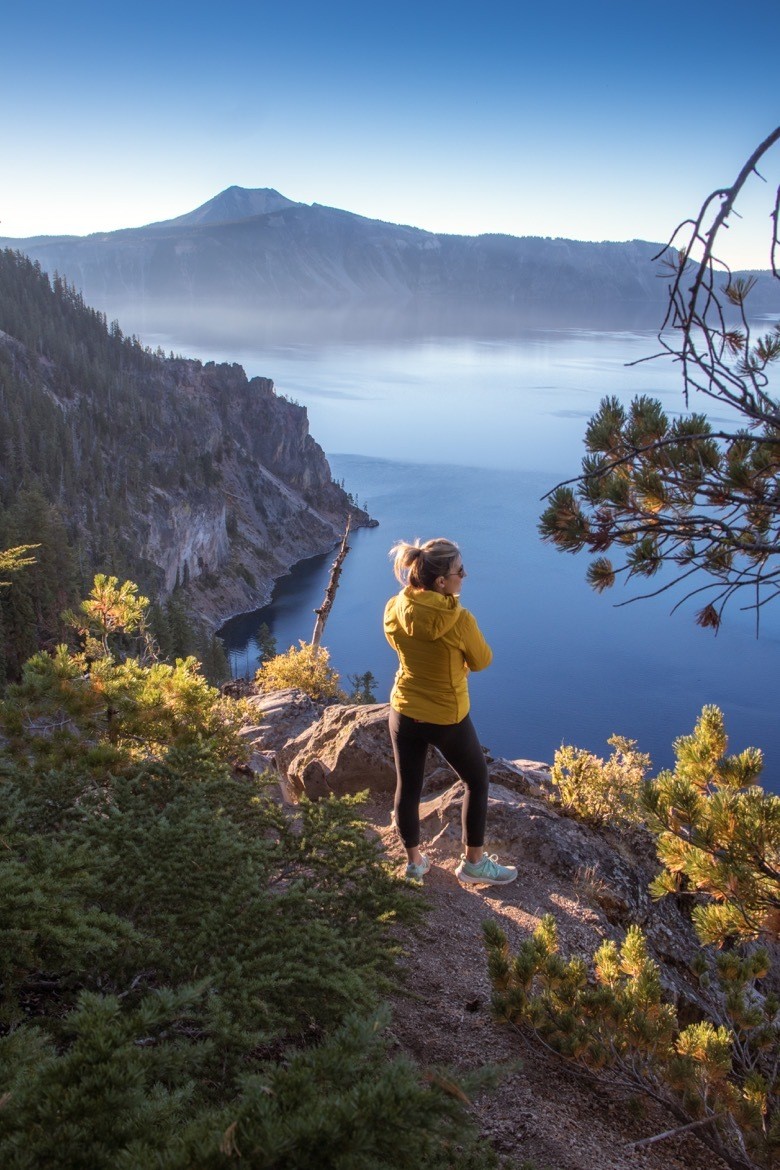 Some of the best Crater Lake hiking trails are: 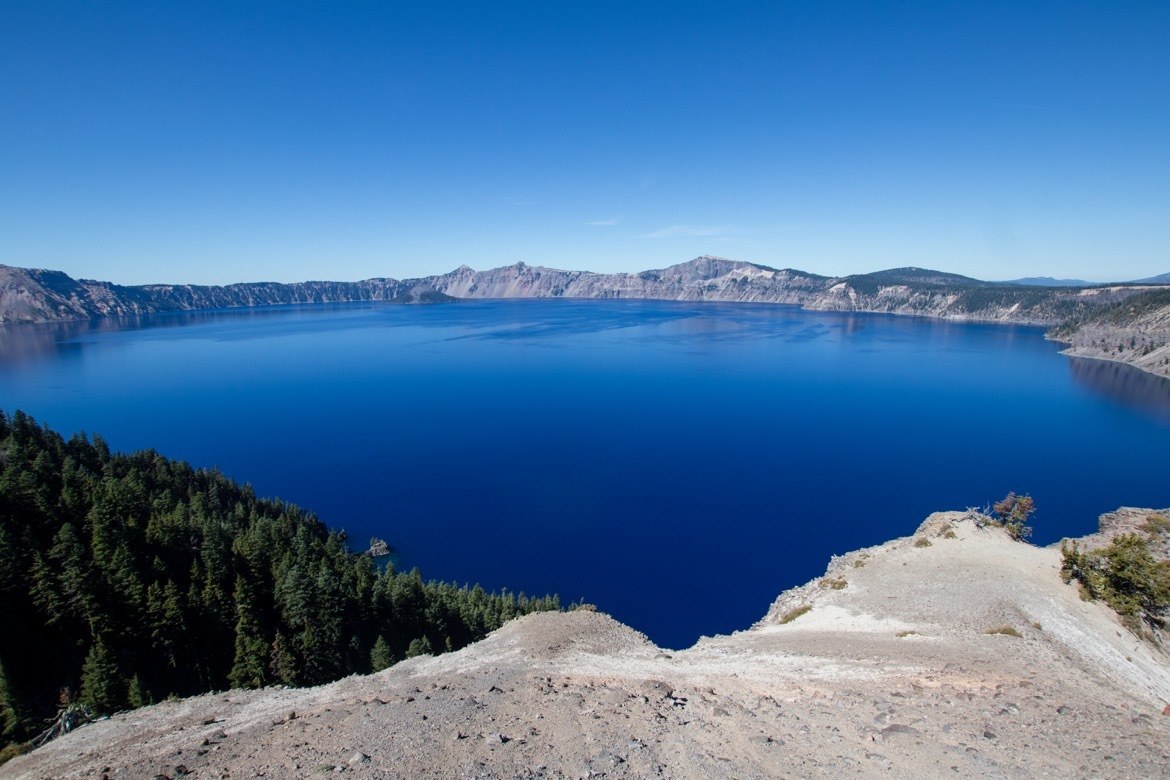 Can you swim in Crater Lake?

One of the most fun things to do around Crater Lake is hike down to Cleetwood Cove, which is the only trail in the park that leads to the water and also where boat tours depart from.

The trail has a series of switchbacks winding through a forest of hemlocks and red fir trees, and there are fabulous lookout points of the clear water which turns a brilliant turquoise hue near the shoreline. At the bottom, you can cool off by going for a dip right in the lake! Depending on the season, the Crater Lake water temp ranges from 0°C to 19°C, so while it’s chilly even in the summer months it’s actually quite refreshing. 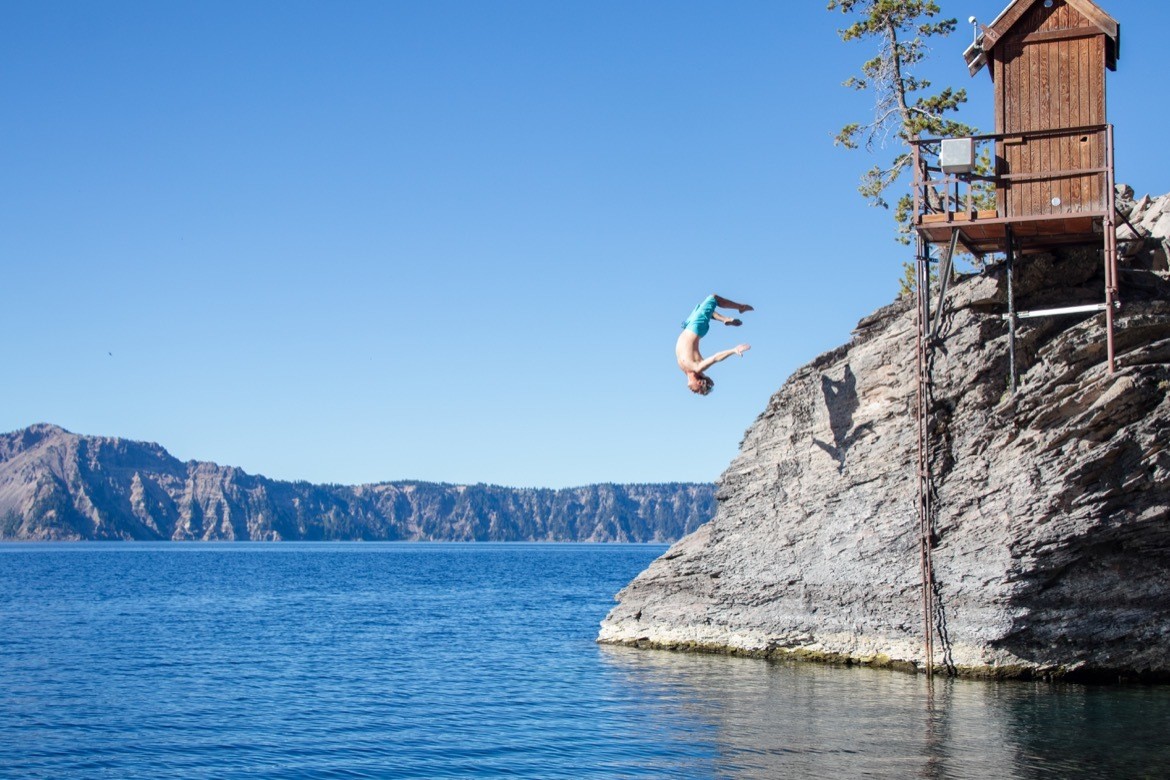 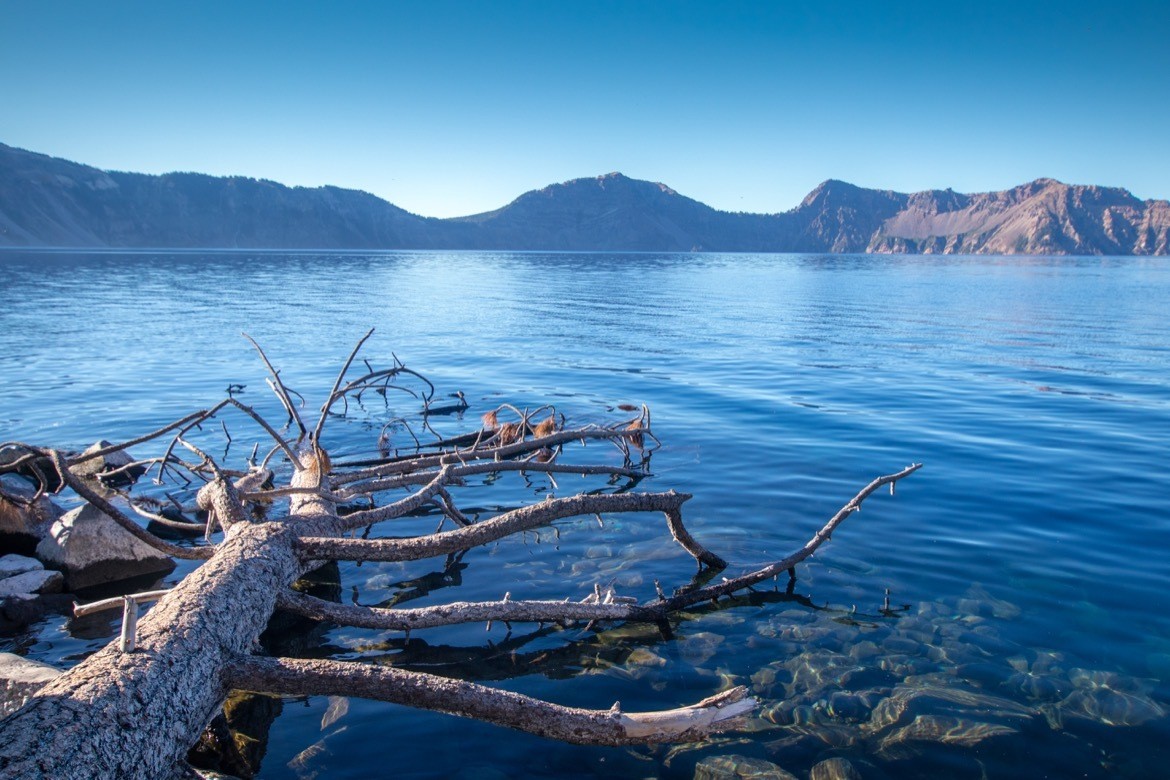 The hike is 2.2 miles total and only takes about 90 minutes out and back, but be warned: the steep incline and high elevation makes the trek back up equivalent to 65 flights of stairs. Be sure to bring your swimsuit and a towel; there are also washrooms at the bottom where you can change.

Globe Guide tip: Visitors can drink right out of the lake, since there is no silt, sediment or pollution in the water. 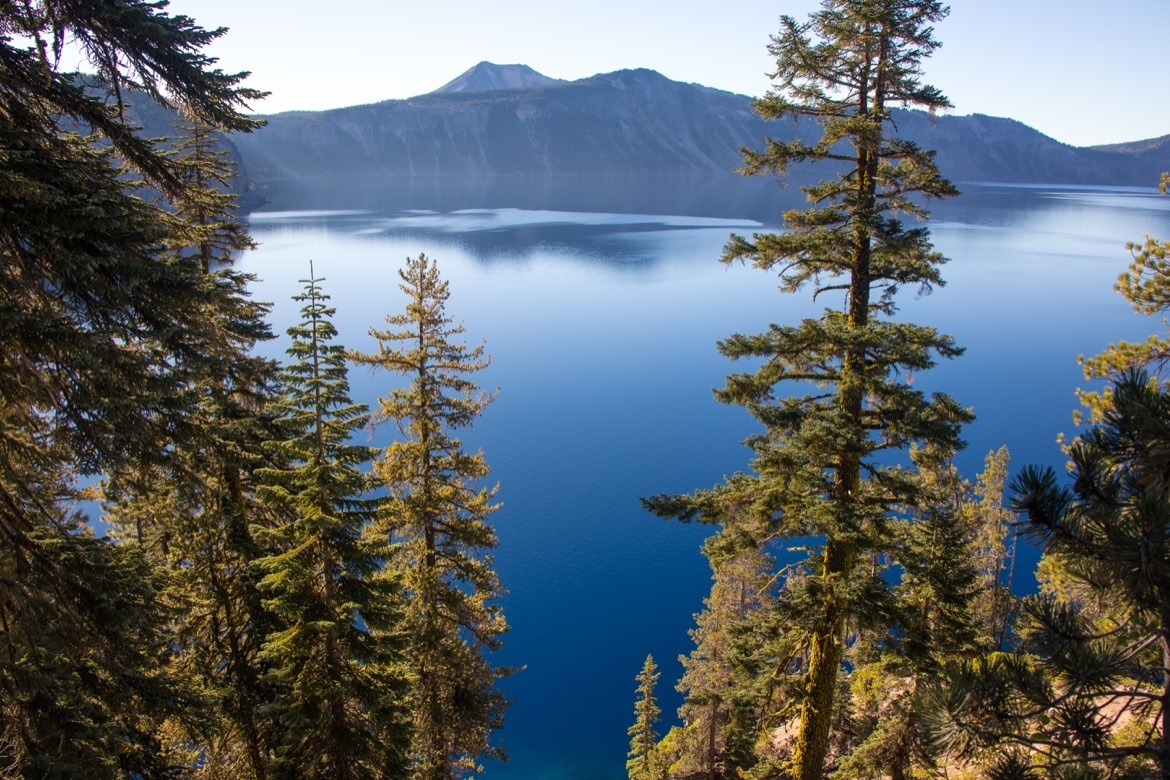 One of the most iconic Crater Lake tours is taking a boat ride over to Wizard Island, and there are a few different options available daily during summer.

Take a two-hour cruise around the lake to see natural formations like Phantom Ship up close, book a Wizard Island tour to cruise the perimeter of the lake then explore the island, or shuttle straight over to the island and spend the day hiking, swimming and fishing. Tours can be booked at the park or here ahead of time. 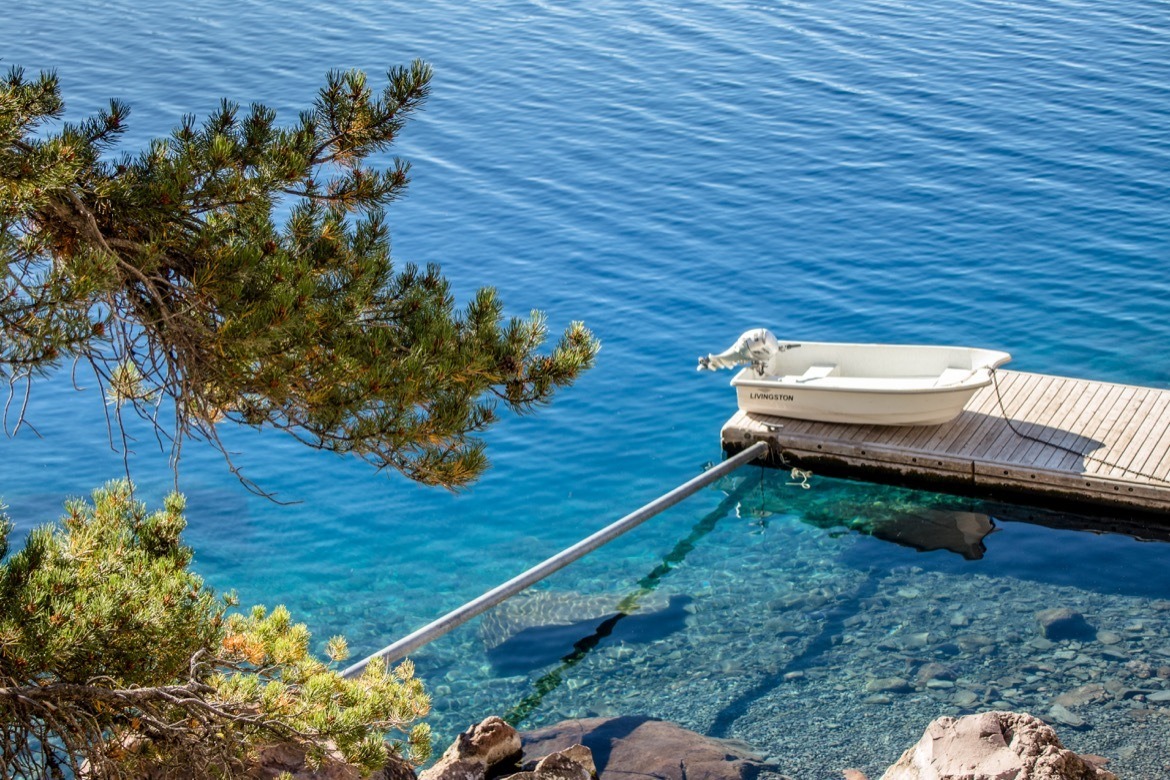 Those who’d rather enjoy the view than deal with the drive can book a tour on the Crater Lake Trolley, which does a full loop of the rim with up to seven stops. A ranger is also on board to share information and answer questions about the park. Tours are offered daily in summer, and typically run from July to mid-September.

Other guided tour options include:

There are plenty of places to stay near Crater Lake, ranging from cozy campsites to historic lodges. 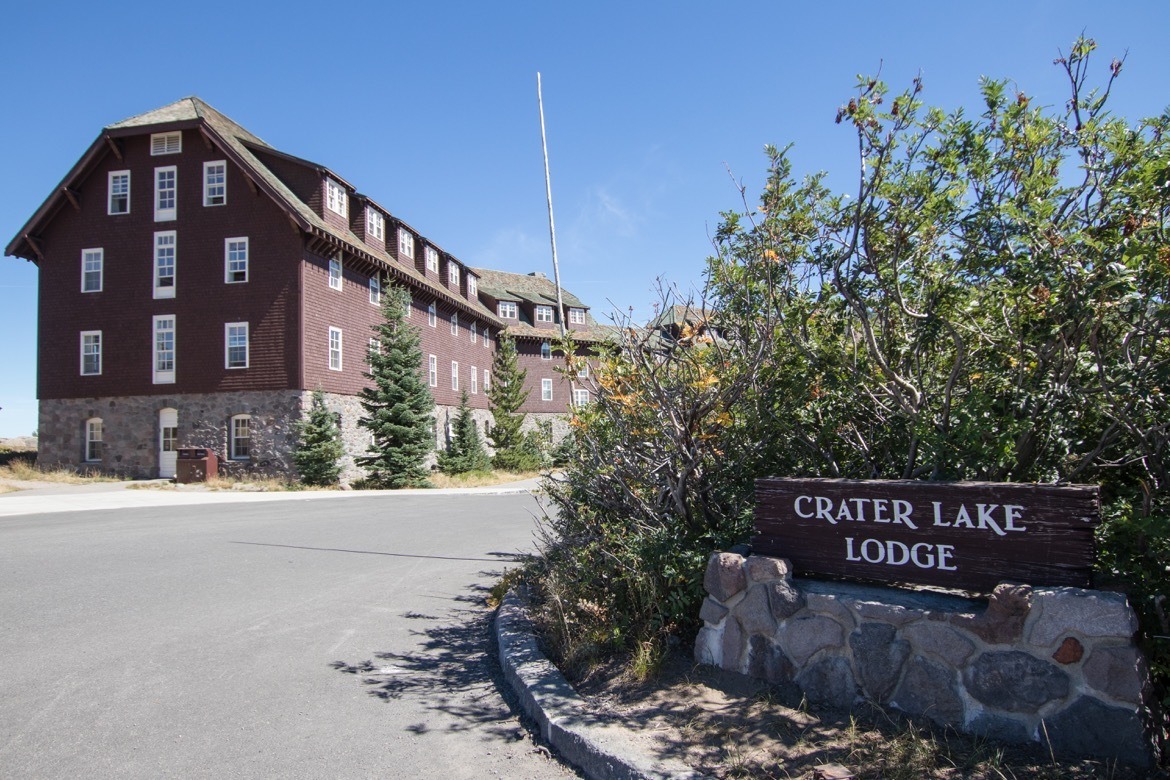 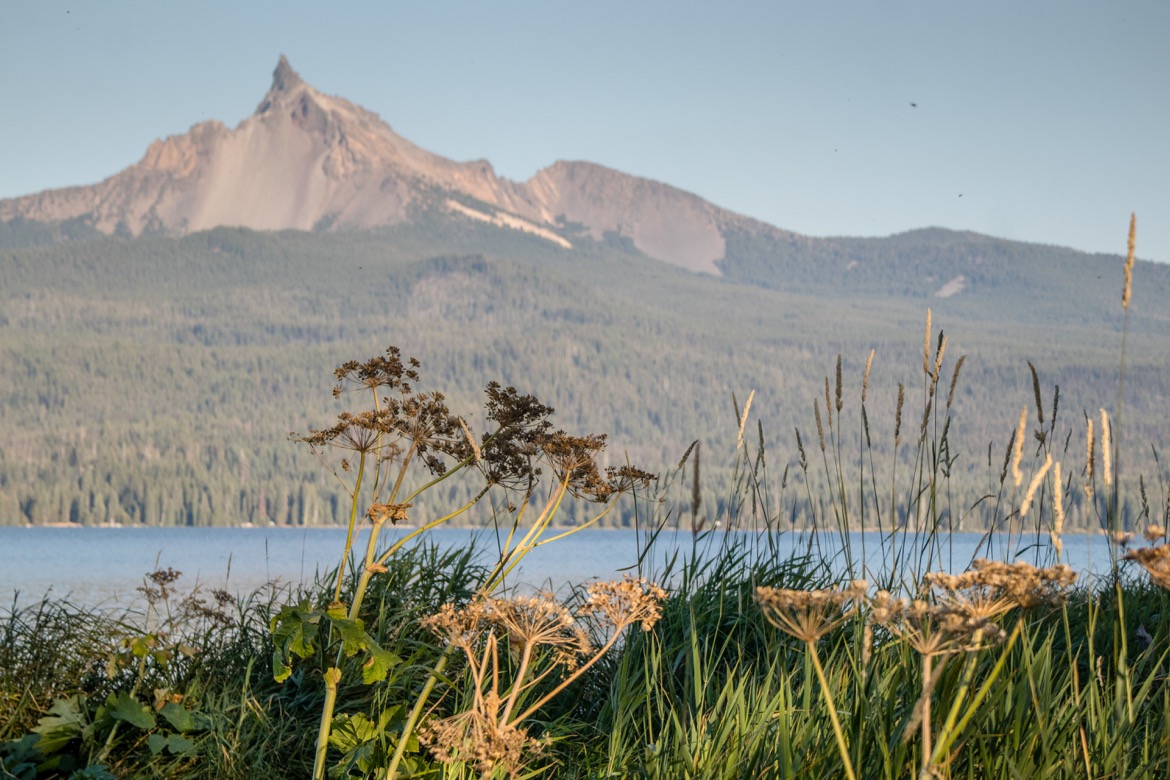 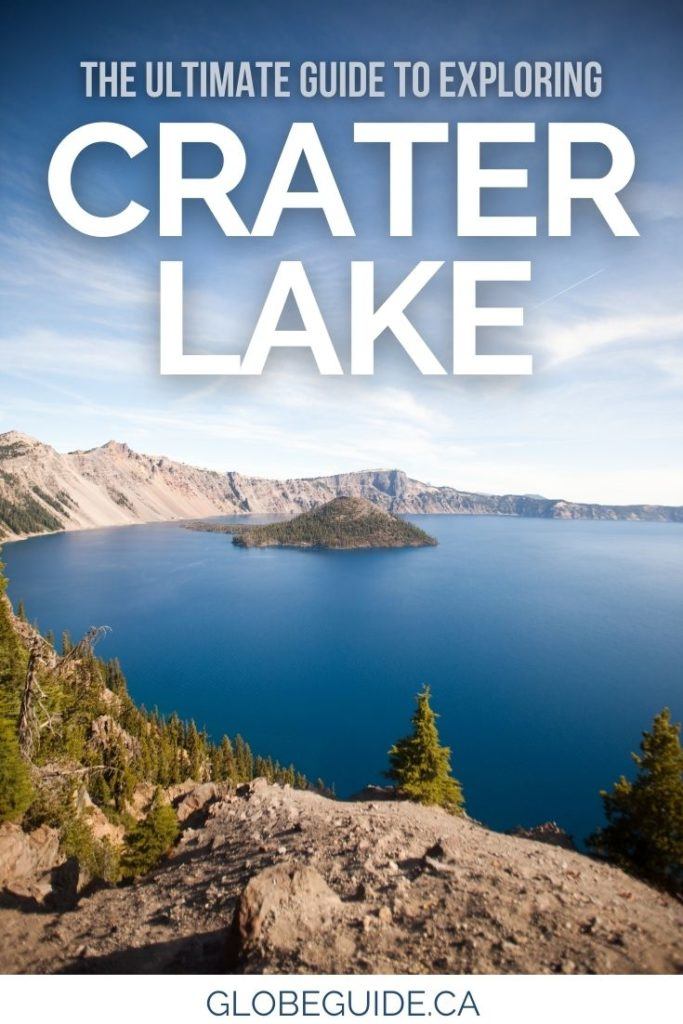 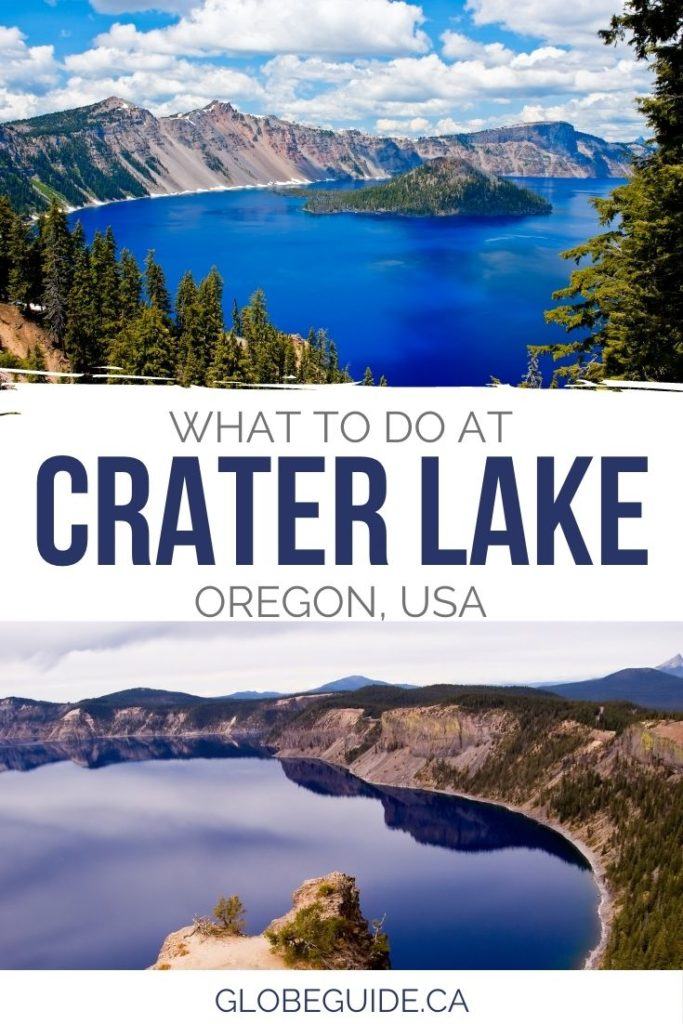 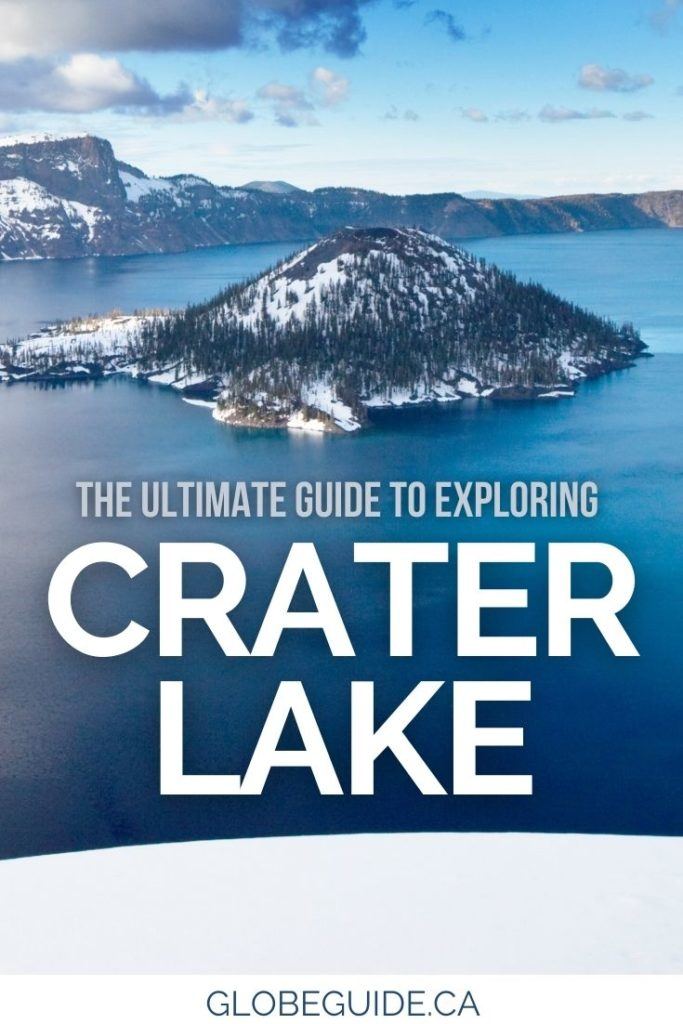