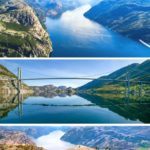 With a picture-perfect old town, lively waterfront and dramatic scenery, Stavanger is a great base for adventures in Norway, and the gateway for the popular Lysefjord cruise. Located in the southwestern part of the Scandinavian nation, the 42 kilometre fjord is home to idyllic islands, countless waterfalls, tiny farms nestled in the hillside and wildlife including birds, seals and mountain goats. 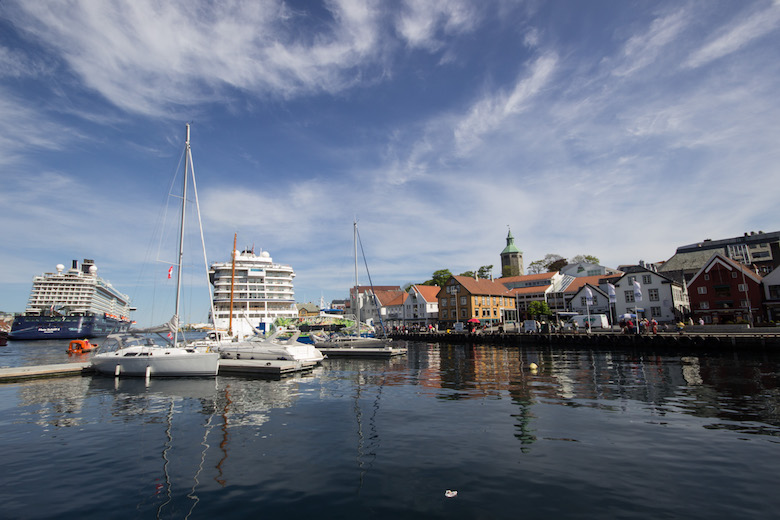 While there’s plenty worth exploring in the area, the most famous attraction is undoubtedly Pulpit Rock (Preikestolen), a plateau that juts out of the mountain a dizzying 604 metres above the sea.

Nearly 300-thousand people do the Pulpit Rock hike each year from May through October, lured by the opportunity to walk right out onto the towering ledge—if they dare. The result is an unbeatable view of the fjord stretched out below, along with epic photo-ops. 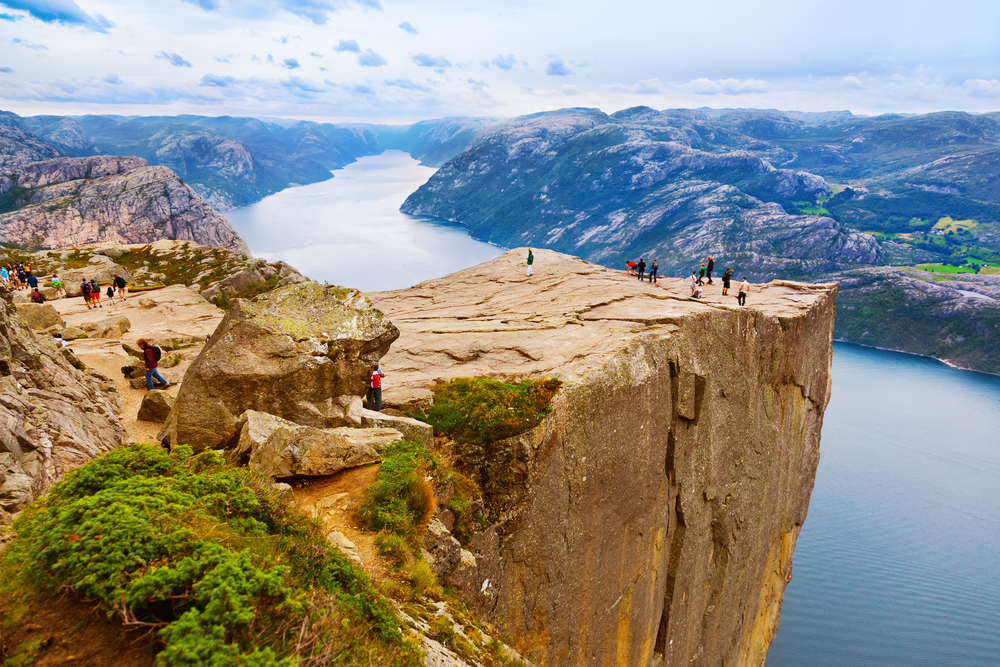 Pulpit Rock as seen from above. Courtesy of Shutterstock

How to get to Pulpit Rock from Stavanger

The Preikestolen hike takes about eight hours round trip from Stavanger after accounting for a ferry and bus ride to get to and from the base, so those tight on time (read: day trippers) might not be able to squeeze in the adventure. Fortunately there’s another way to see Preikestolen—albeit from below—which is by booking a Stavanger fjord cruise. 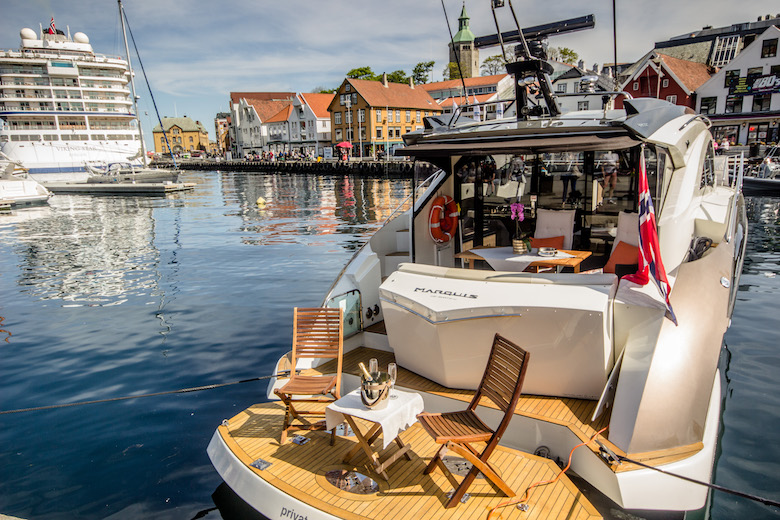 A luxurious way to explore the Lysefjord

For an exclusive experience private boats are available to charter, but most people simply book a cruise with Norled. The ferry company offers daily excursions during the high season, which includes commentary in several different languages. Their boat departs from Skagenkaien in the Stavanger cruise port, and for around $50 per person visitors can enjoy a nearly three hour tour of the Lysefjord from the comfort of the cabin or out on the sundeck.

It’s important to note that it can be very windy on the deck once the boat gets moving, so guests are encouraged to hold on tightly to their hats! Click here to book 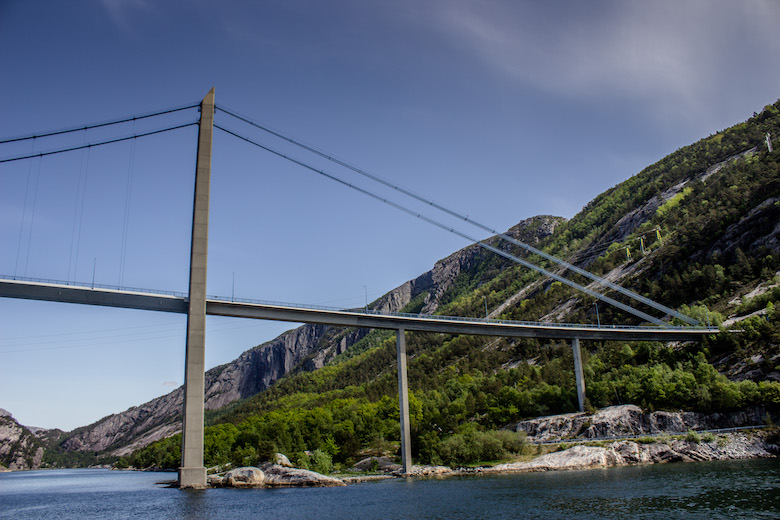 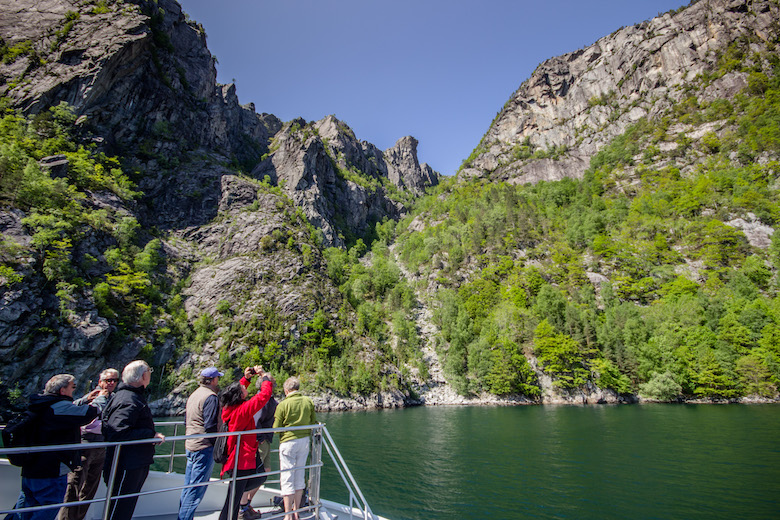 The Lysefjord cruise from Stavanger starts off by passing gorgeous, uninhabited, rocky islands dotted with vibrant foliage and surrounded by sparkling, sapphire-hued water. Wooden houses with rooster-red roofs are nestled into the hillsides behind, and every curve in the coastline reveals a new idyllic scene. 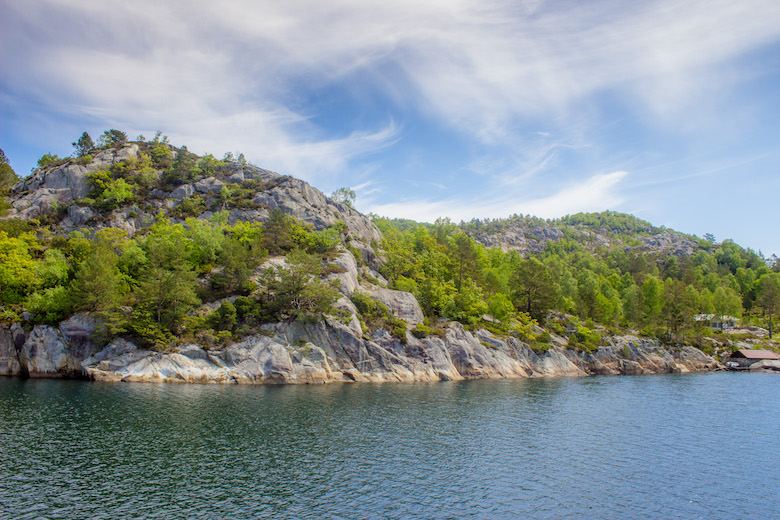 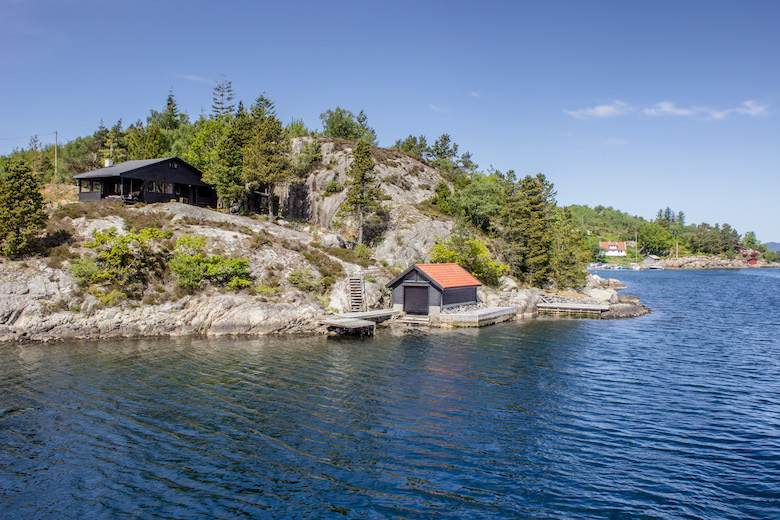 The mountains then begin to appear in the distance, with some rising as high as three-thousand feet above sea level. The cliff sides on the granite formations are so steep that only mountain goats are sturdy enough to scale them, and visitors may be lucky enough to spot some of the cheeky fellows who clamour toward the water’s edge as the boat nears, bleating at the crew in hopes they’ll be kind enough to toss them some food scraps. 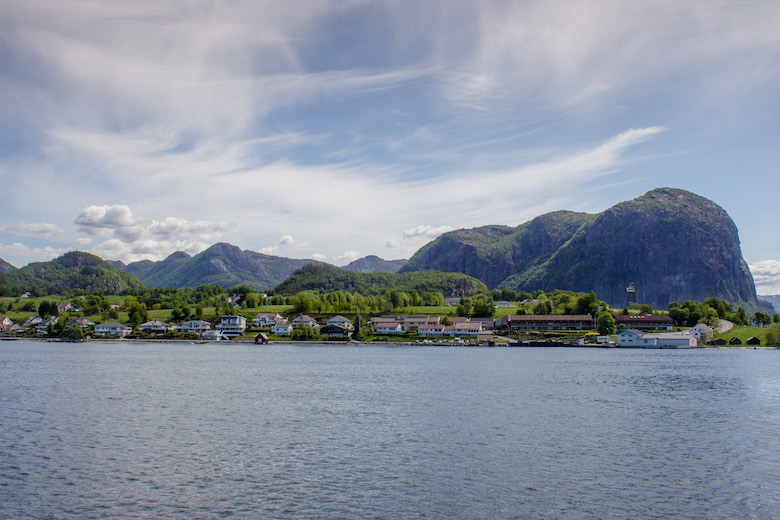 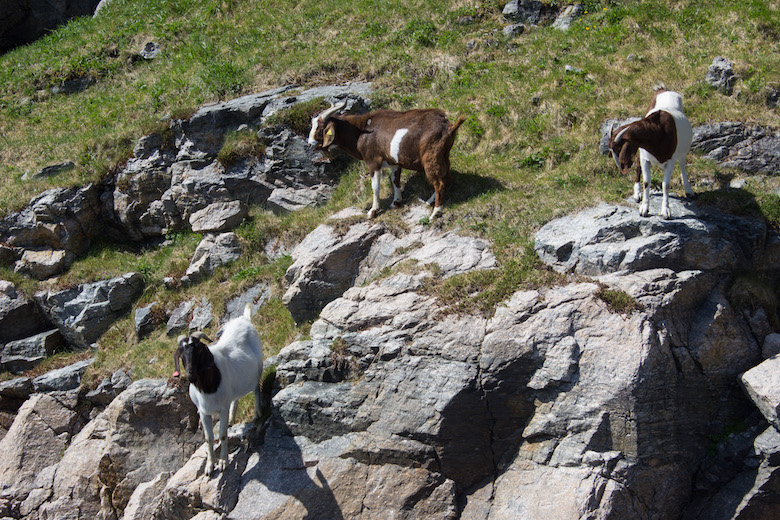 Norway is no stranger to waterfalls, and it’s no different in the Lysefjord where there are so many that one quickly loses count of how many they’ve passed. The falls gush out of the craggy rocks, creating a striking scene as they pour down into the sea. 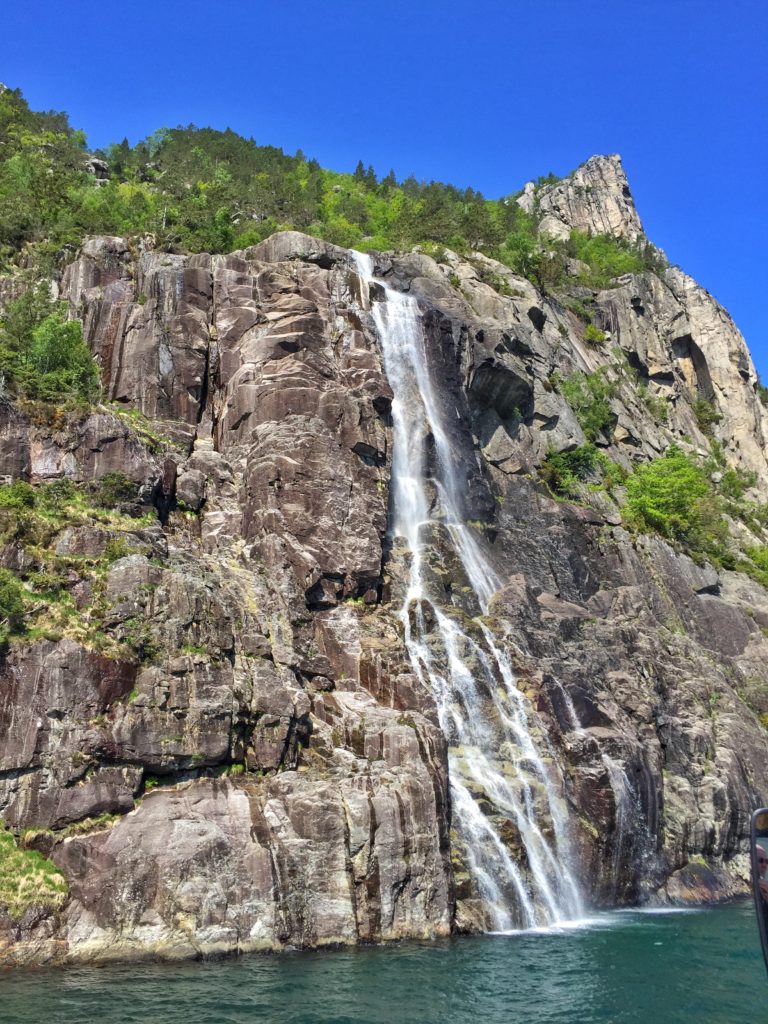 One of the more notable stops on during Pulpit Rock tours is Vagabond’s Cave (Fantahålå), a gorgeous cove where dramatic cliffs surround an aqua-marine pool. As legend has it, the cave was named after a group of vagabonds who hid in the shelter for months trying to escape police—and based on the spectacular scenery, it’s not hard to see why they chose this spot to hunker down in. 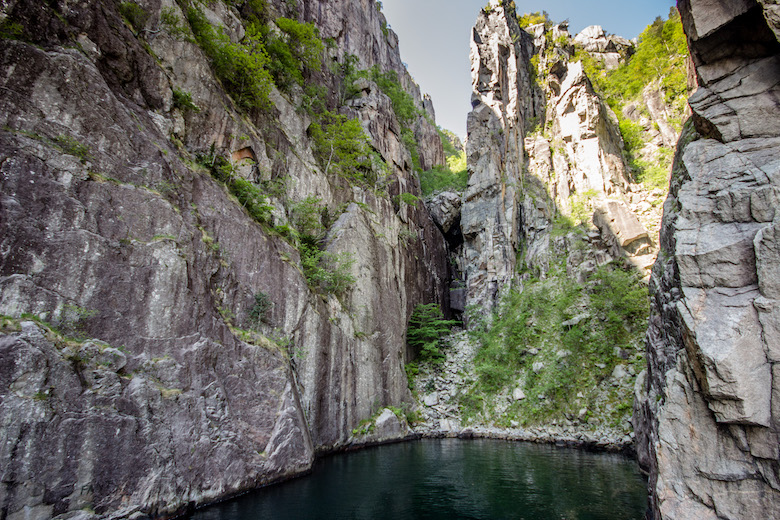 Just beyond the cave is the main attraction and final stop on the cruise: Pulpit’s Rock. The craggy ridge juts out overhead, its rectangular plateau reaching out toward the sea.

From the water it’s impossible to see the daredevils nearing the ledge, but easy to understand the allure of making the trip up. While the view from above simply can’t be beat, an afternoon spent on the Lysefjord cruise from Stavanger to Pulpit Rock is an incredible way to explore the spectacular waterway. 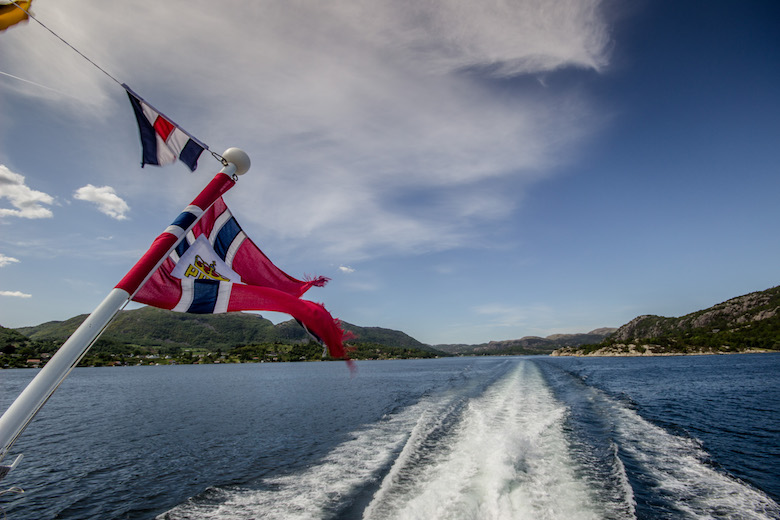 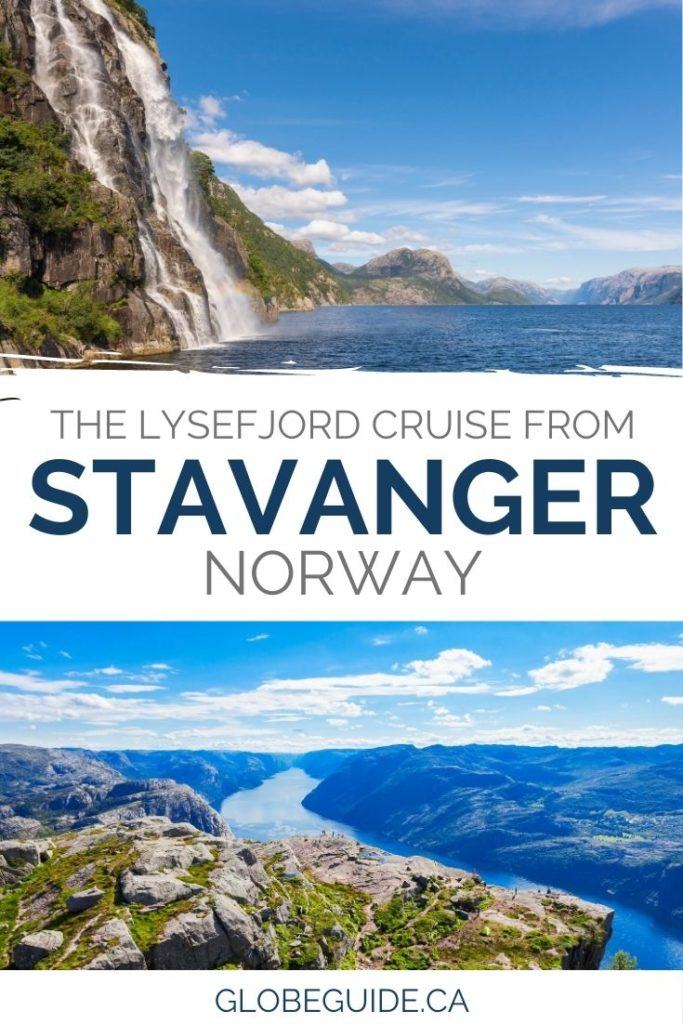 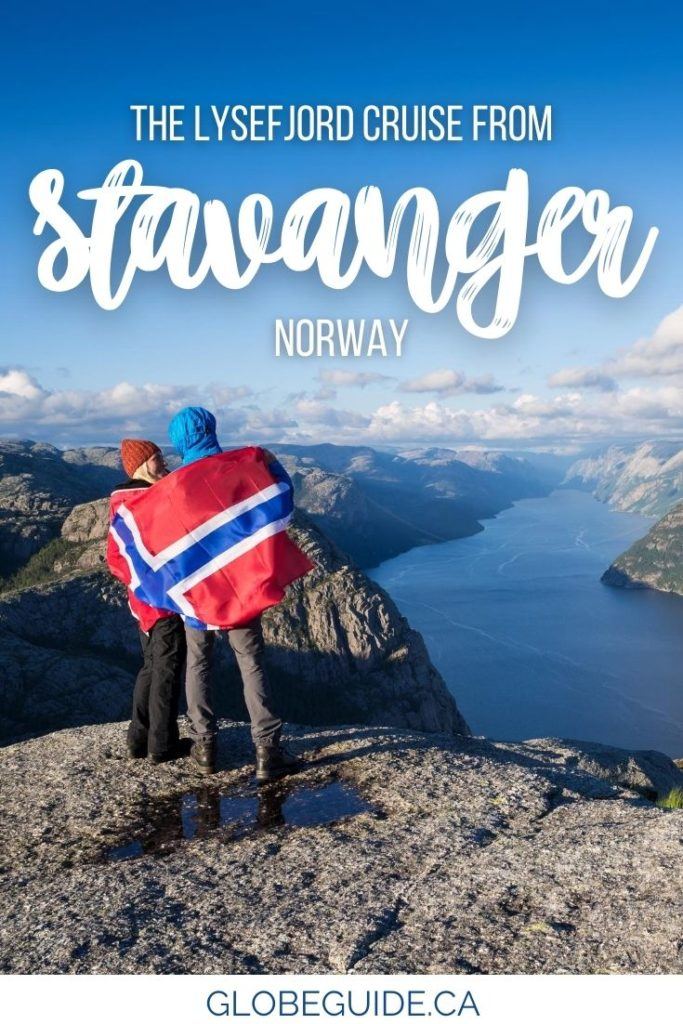 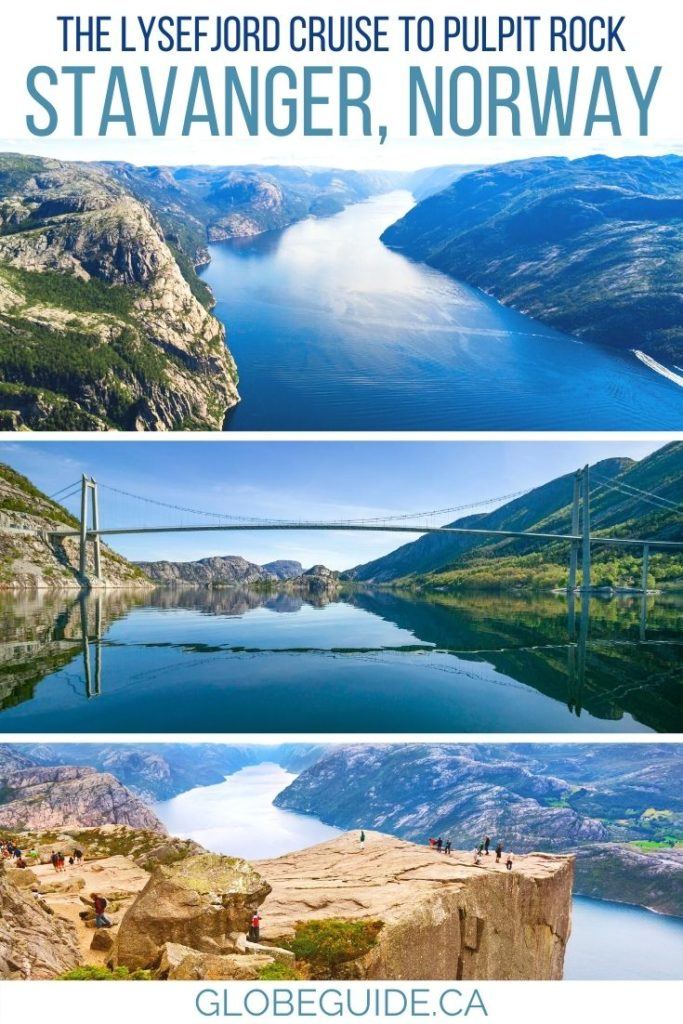