Spectacular surprises on a Flam fjord safari in Norway 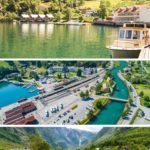 The warm sun beamed down, its rays transforming the smooth surface of the deep blue sea into a galaxy of sparkles. The majestic Norwegian fjords rose up around us, stealing the scene with their craggy snow-capped peaks, lush hillsides and waterfalls that burst out of seemingly every crevice.

At the centre of it all was the picture-perfect village of Flåm, where a colourful row of traditional wooden buildings lined the quiet harbour ready to welcome another day’s worth of adventure seekers heading out on a fjord safari. 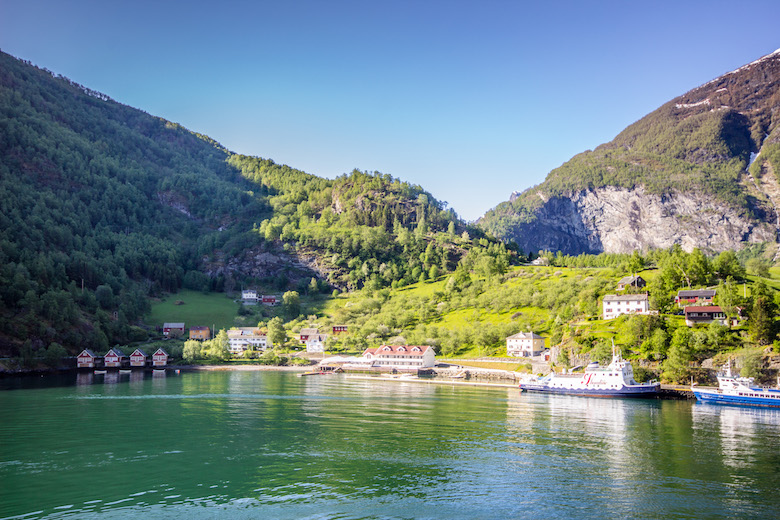 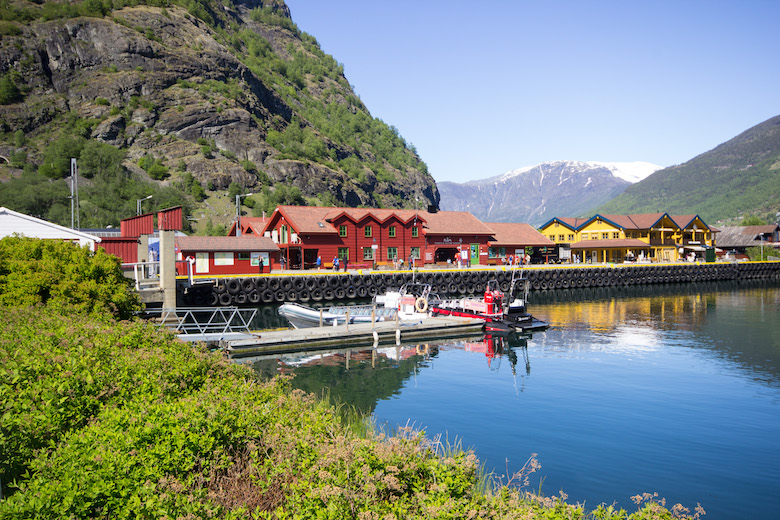 Today, I was one of those day trippers who arrived in Flåm, Norway as many others do: by boat. Our Viking Cruises ship had quietly sailed overnight from Stavanger through the famous fjords, passing Sognefjord (the largest in Norway) then Aurlandsfjord which was at one time the only way to access the hamlet.

When dawn broke and the curtains were flung open to reveal the breathtaking scene, it was enough to elicit gasps from guests overwhelmed by the magical sight of perfect peaks creating seamless reflections off the emerald water. 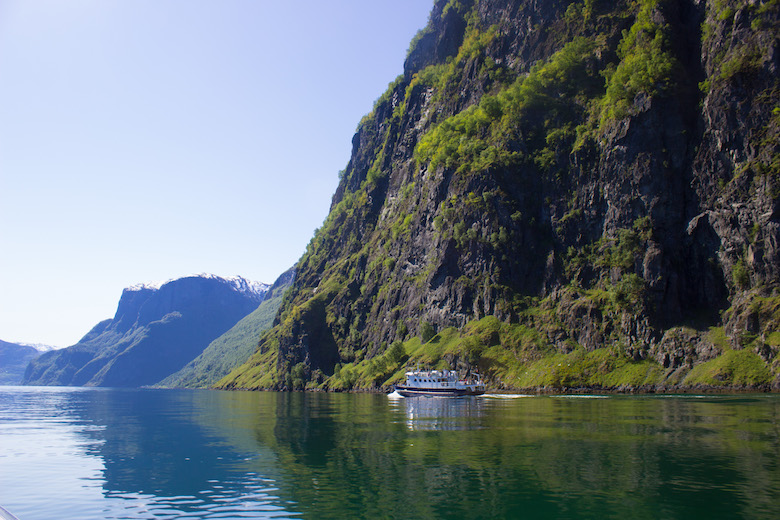 Another way to experience the spectacle is by booking a Flam fjord cruise, as we had the fortune of doing that sun-soaked morning. It only took a couple minutes of walking along the harbour to get from our ship to the dock, where we were greeted warmly by the team at Fjord Guide Service.

Within seconds we were pulling on toques, goggles and fluorescent green coveralls that seemed more appropriate for an oil rig worker than a tourist chasing waterfalls, but as it turned out all that gear would soon come in very handy. 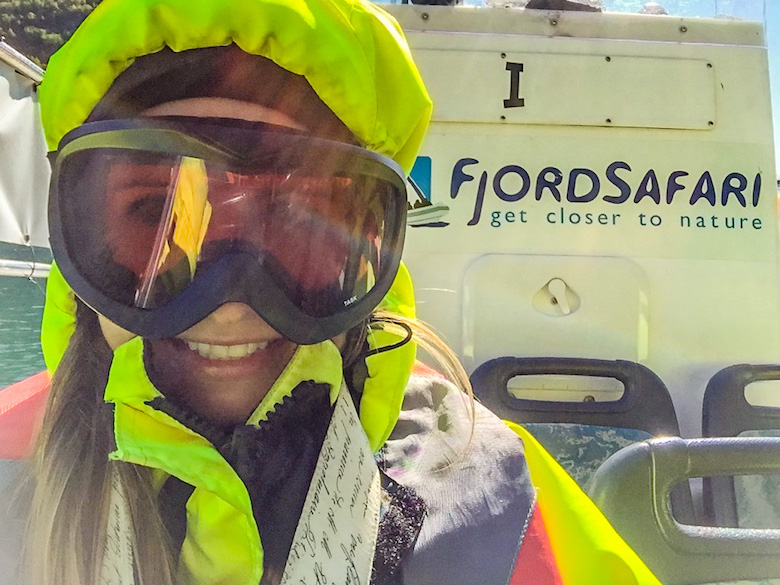 What to see during fjord tours

We flopped into the RIB boat, weighed down by our new outfits as our jovial guide Jorgen gave us a quick safety briefing and rundown of what to expect during our hour-long tour. He promised that not only would there be scenery galore, but also a chance of seeing wildlife including golden eagles, seals, porpoises, lynx and even wolverines. 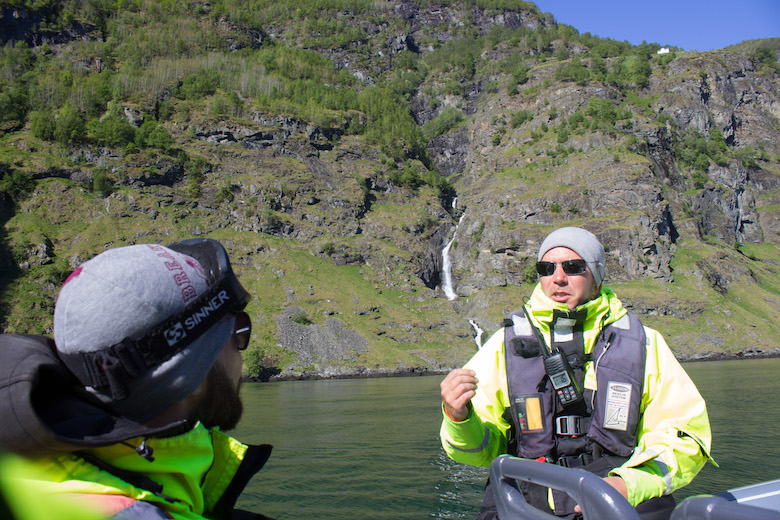 The adrenaline rush started immediately, as Jorgen expertly steered the zodiac between the fjords, zipping left and right at speeds of up to 70 km/hour to make waves and leave us shrieking with delight. As the cold wind pounded into us, the goggles and coveralls blocked out the chill, leaving us free to enjoy the scenery as we passed tiny farms perched precariously on the steep cliff sides.

When a trip of mountain goats bleated out a greeting, Jorgen shut off the engine so we could float close to them, getting a good look at the friendly kids.

RELATED: Things to do in Flåm Railway: Cycling and the scenic Flam railway 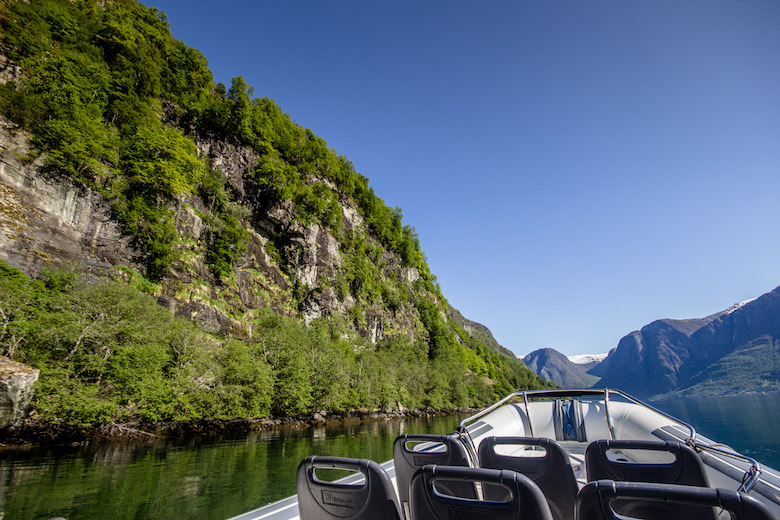 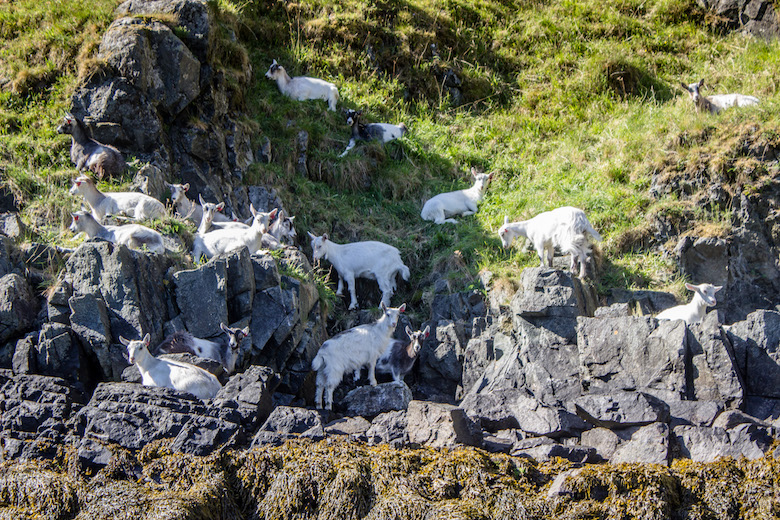 Just a short distance away, he pointed out what looked like a tiny house tucked high into the cliffside. Instead of being the home of a recluse, it turns out the hardly-accessible house is a popular bed and breakfast—so popular in fact, that there’s a two-year waitlist despite guests having to climb all the way up themselves! 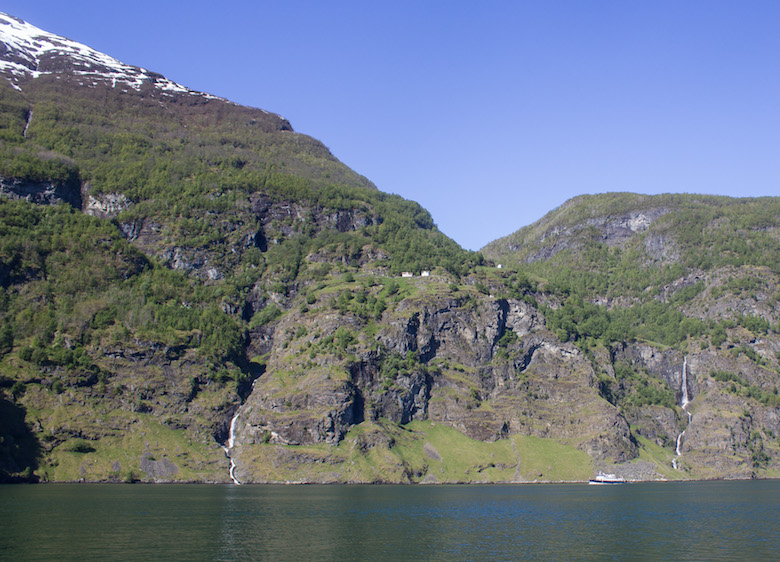 From there, we zipped past waterfall after glorious waterfall, sometimes maneuvering the boat right under it so we looked straight up at the thundering falls, feeling the spray of it on our faces as the reflection of the bright sun created rainbows. 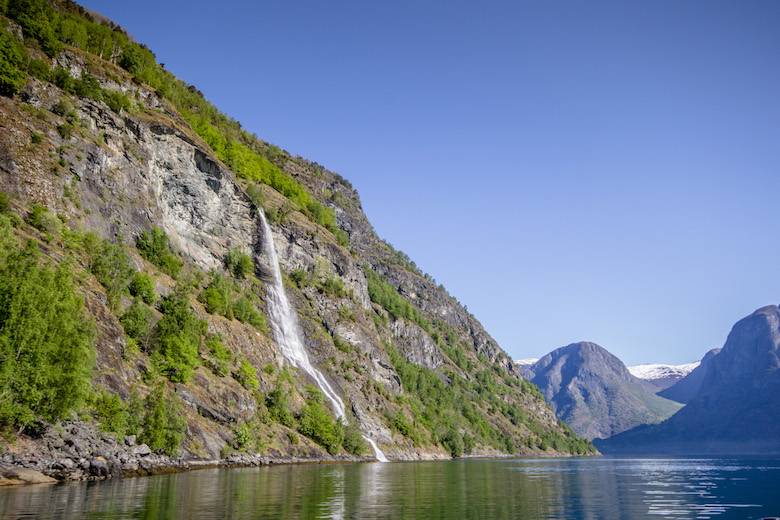 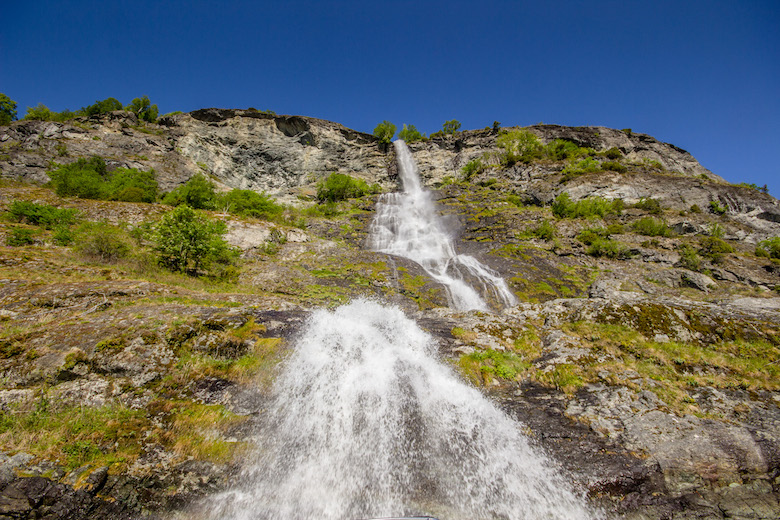 Entering the gorgeous Nærøyfjord on our RIB safari, we found ourselves surrounded by steep mountains with white-tipped peaks stretching 1800-metres above sea level. The scene is so spectacular, it’s no wonder Disney drew inspiration from the area including villages such as Gudvangen when creating the popular movie Frozen. 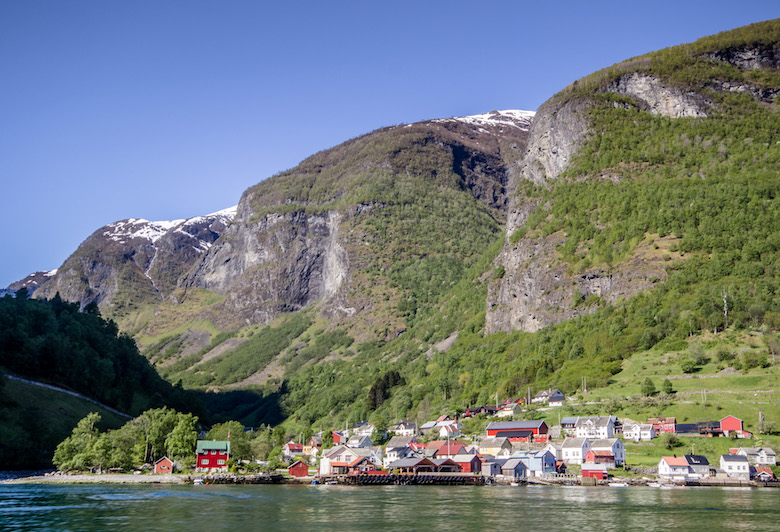 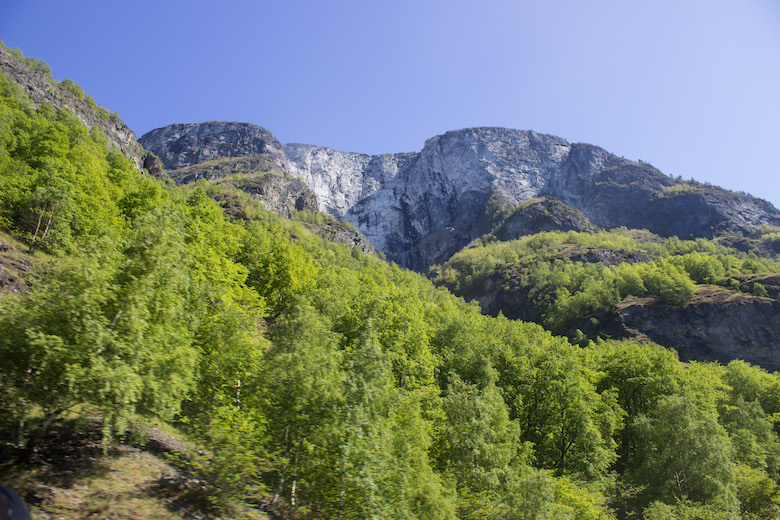 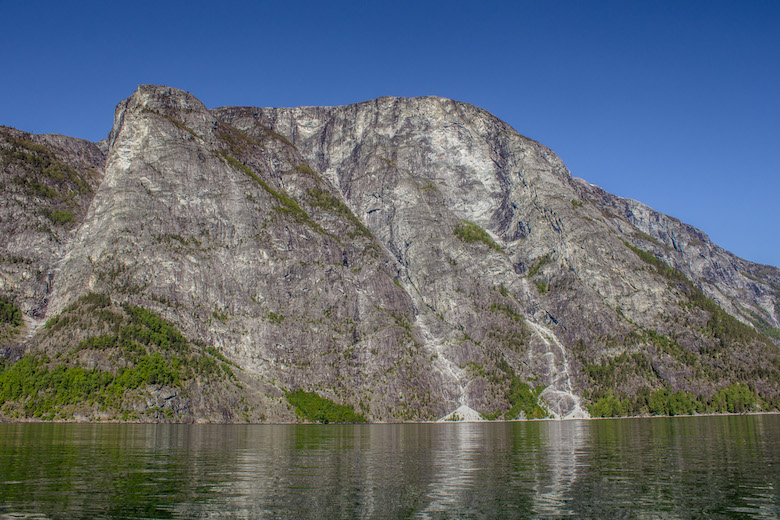 But the final surprise of our Flåm fjord safari was still to come. As we made our way back from the Nærøyfjord, Jorgen suddenly let out an excited cry and cut the engine. He pointed to an area of still, emerald water about 50 feet from us, and as we all watched in silence a tiny grey fin shot out. It was a porpoise!

Over the next few minutes we stared in awe as the porpoise was joined by another, and the pair effortlessly leapt out of the sea over and over again. 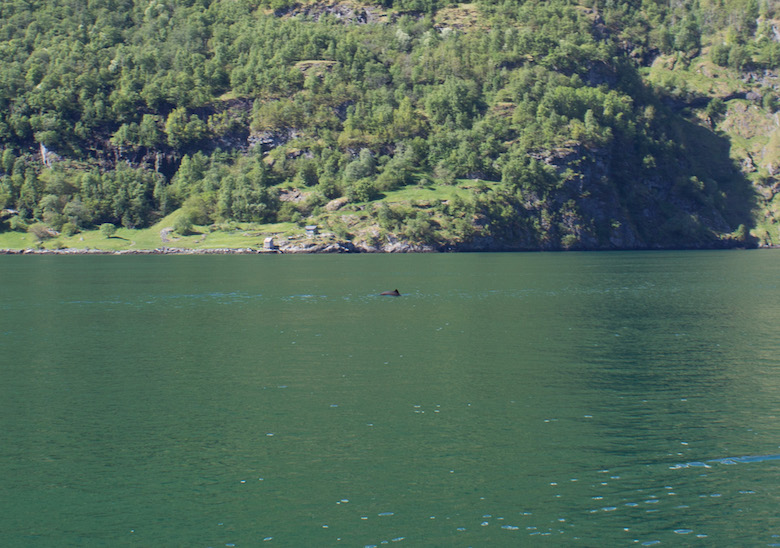 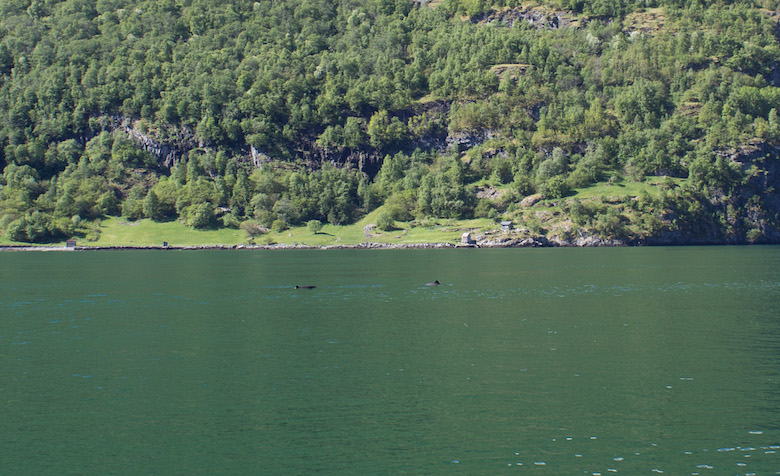 While wanting nothing more than to follow them, instead we watched the creatures fade away into the distance before turning back to Flåm for the final leg of our fjord safari. As we glided into the harbour our faces were pink from being kissed by the sun and wind, our heads were swimming with new memories, and our hearts burst with pure joy. 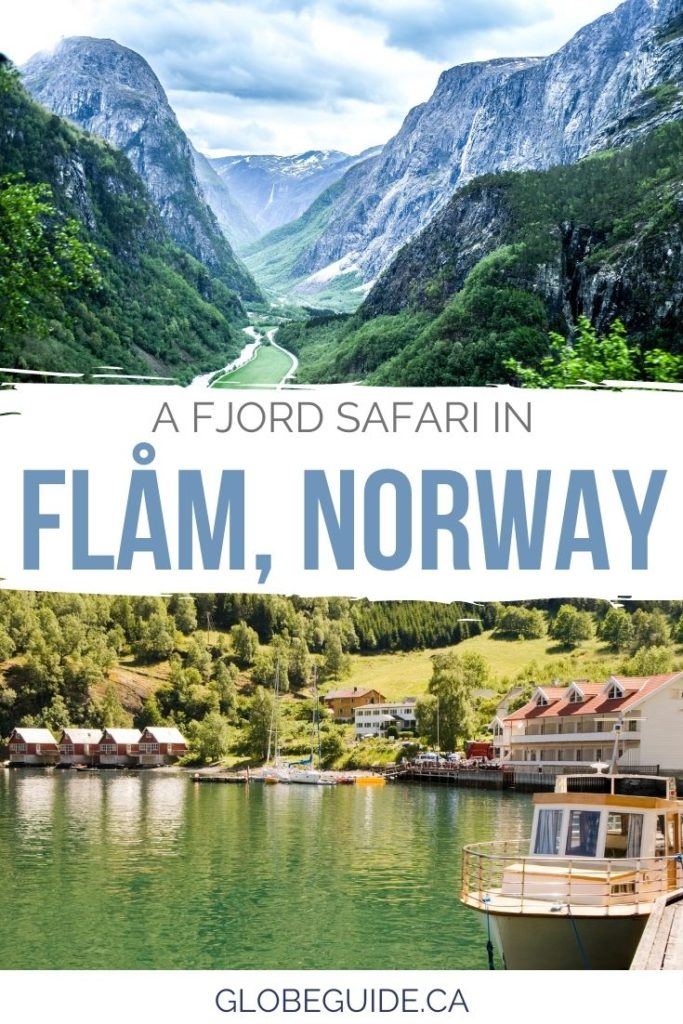 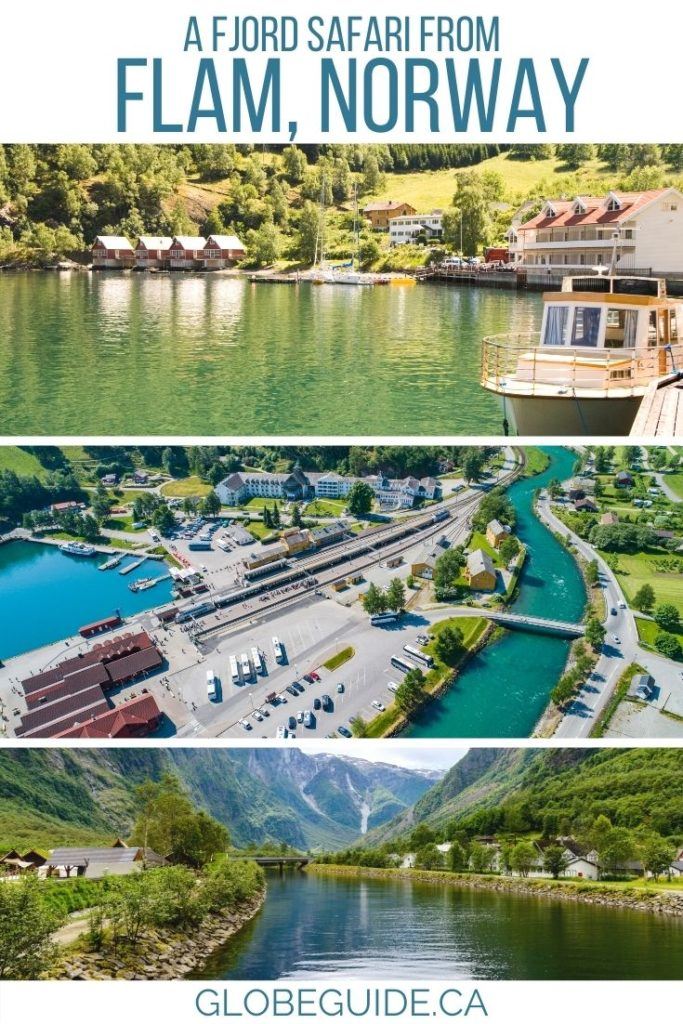 Globe Guide explored Flåm in partnership with Visit Norway and Viking Cruises. As always, hosts have no editorial influence on articles.