5 best things to do in Bergen, Norway 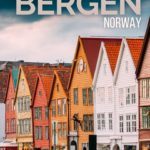 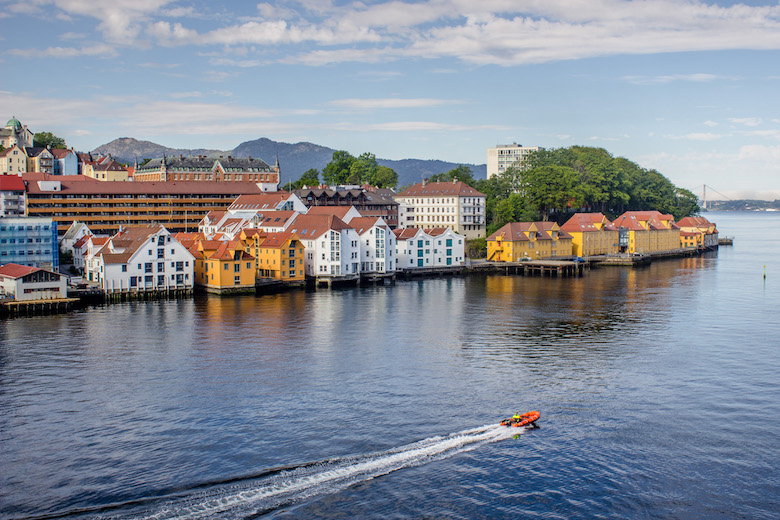 Bergen, Norway boasts a colourful wharf that’s one of the most photographed spots in Scandinavia, an enviable position nestled between the mountains and spellbinding fjords, and a UNESCO World Heritage Site—just to name a few highlights. Combine that with a long maritime history, a bustling city centre and its safe, friendly vibe, and it’s no wonder Bergen ranks high on travellers’ wish lists despite sky-high prices and frequently rainy weather.

Fortunately most of the city’s main sights can be explored during just one day in Bergen, which is perfect for those who find themselves there on a Baltic Sea cruise or want to venture out into the Hardangerfjord to see the majestic Vøringsfossen waterfall. With that in mind, here are the best things to do in Bergen Norway, no matter how long you get to enjoy the city for. 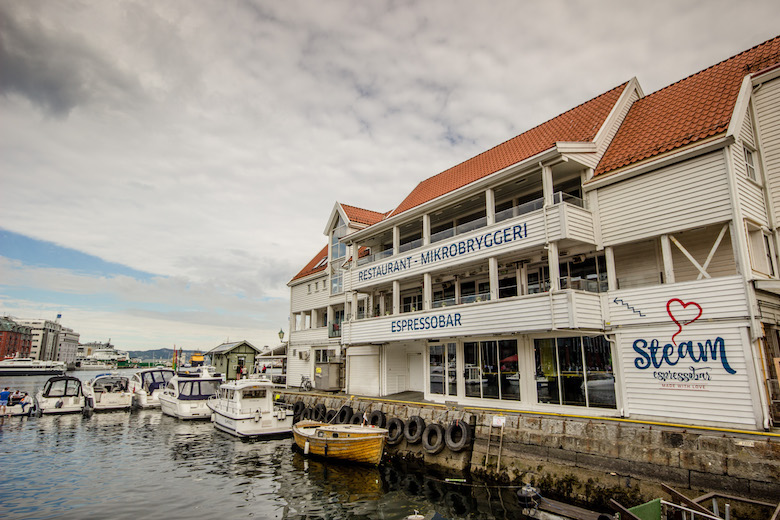 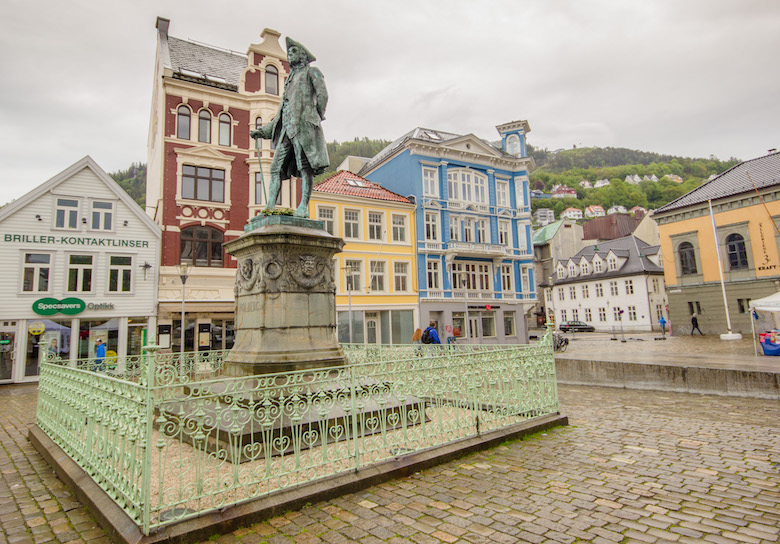 The first stop for most visitors on a tour of Bergen is the city’s most famous district: Bryggen. The wharf was originally developed by the Hanseatic League back in the Middle Ages as a trading post for the likes of cod and herring, earning the city its riches. 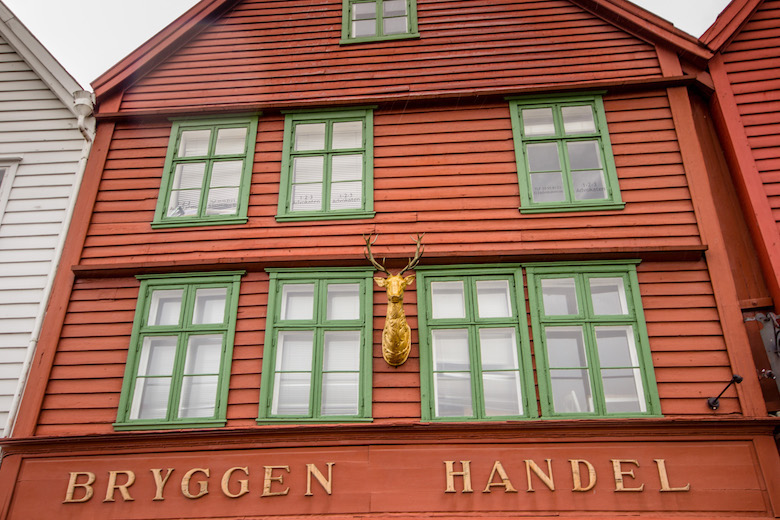 Today, the colourful wooden warehouses which were built in the 18th century remain, but now house boutiques, restaurants and even a nightclub. Preservation has been key to maintaining the charm of the Old Town’s timber buildings, and those efforts have earned the area a UNESCO World Heritage Site designation. 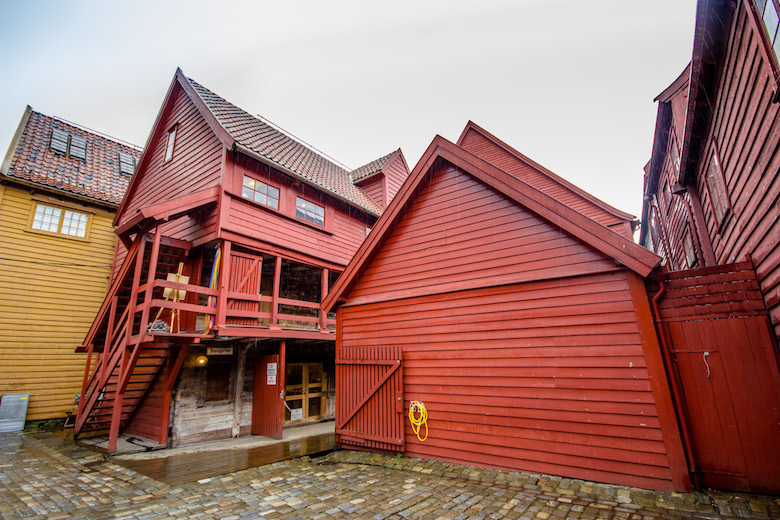 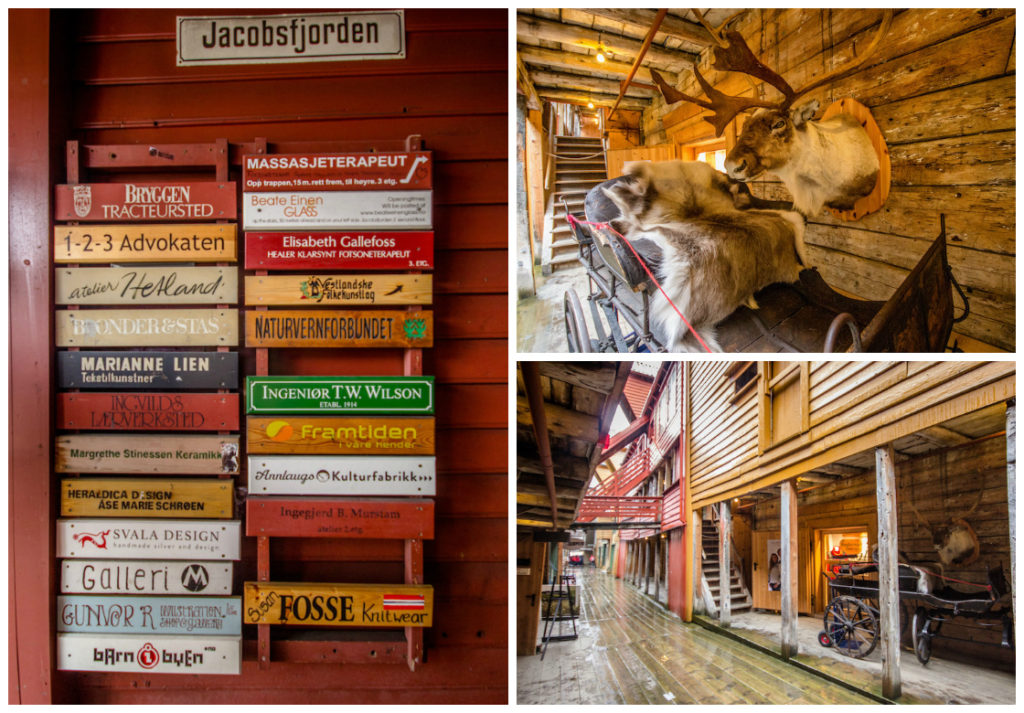 Notable spots within Bryggen include a statue of a stockfish which is a popular photo-op for tourists wanting to “kiss the cod,” and the Hanseatic Museum which dates back to 1704 and has original Hanseatic furnishings once used by German merchants, and wandering through the area is one of the best free things to do in Bergen.

Aside from the Old Town, one of the best Bergen attractions to get an idea about the city’s history is the Bryggens Museum. The building is actually built on the foundations of some of the city’s oldest, original buildings, providing fascinating insight into how it has developed over the last few centuries. 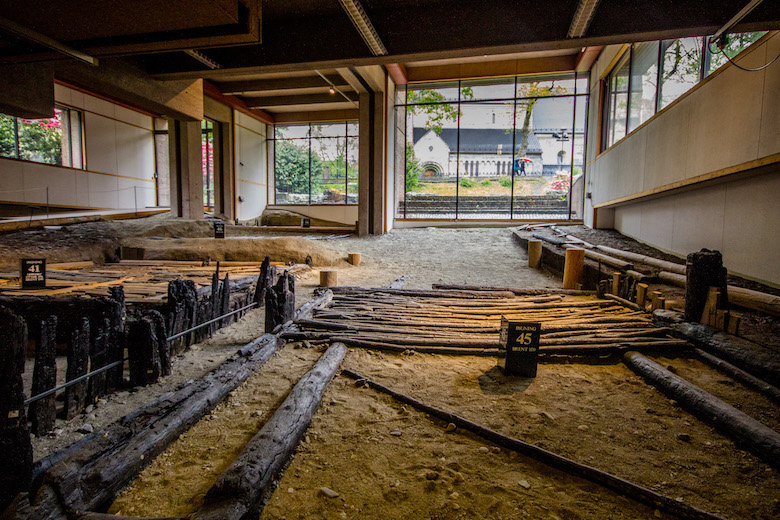 Artifacts from the Middle Ages discovered during archeological digs are on display inside the museum, giving guests a glimpse into what life was like in medieval Bergen. 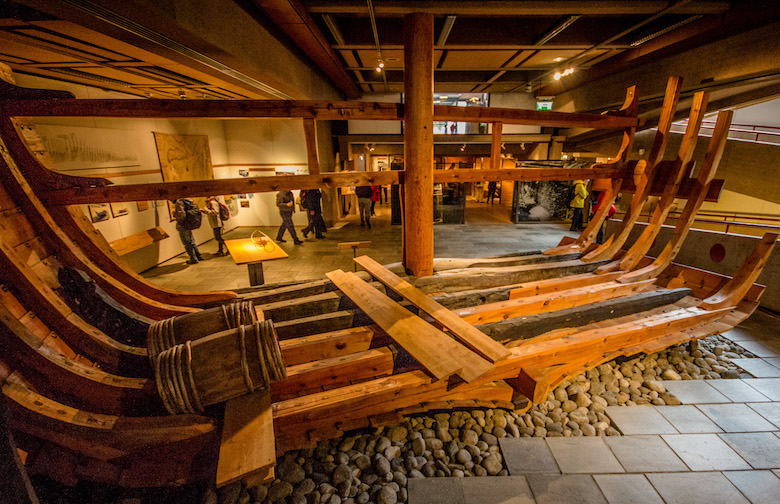 Norway’s claim to fame is undoubtedly its other-worldly scenery, and Bergen is no different. One of the best places to visit in Bergen for a view of the fjords, sea and mountain peaks surrounding the city is from the top of Mount Fløyen, which stretches more than 300 metres high. The climb is a great, free activity perfect for travellers backpacking Norway on a budget. 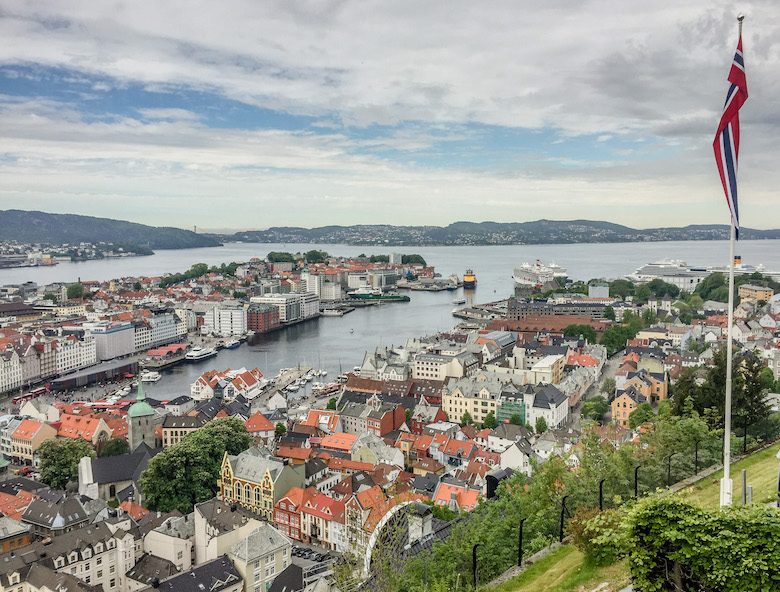 While the hike up is steep, the pathways are paved meaning it only takes about 30 minutes to get to the top—that is, if you can resist taking photos from every magnificent vantage point along the way. Those who aren’t up for the climb can also hop on the Fløibanen, a funicular which shuttles passengers all the way up in just eight minutes, and just so happens to be one of Norway’s most popular tourist attractions.

READ MORE: Why scenic Mount Fløyen is the best hike in Bergen, Norway 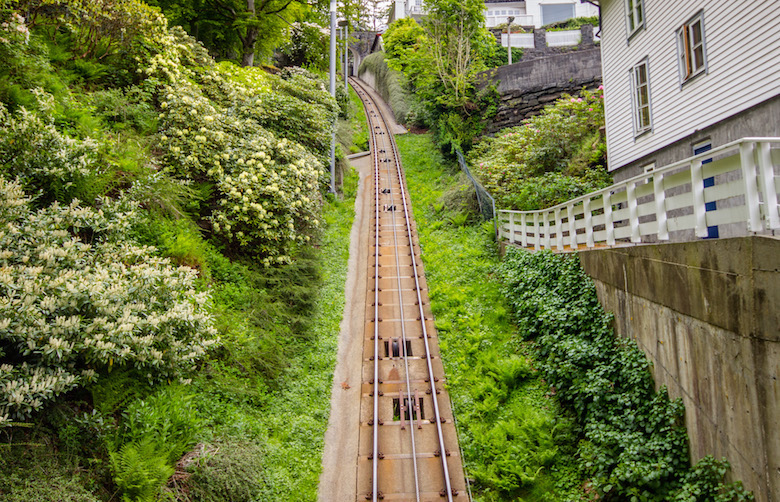 The funicular on Mount Fløyen

At the top, visitors enjoy enchanting views of Bergen sprawled out below, and the majestic fjords that draw so many people to the area each year. Those with extra time on their hands may want to explore the surrounding trails, which lead to sparkling lakes, rolling hillsides and mountain tops. 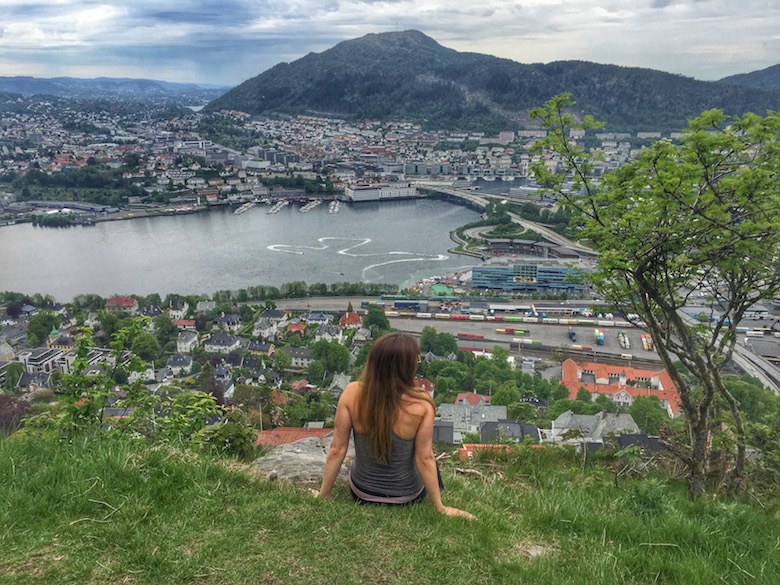 Once serving as the royal residence, Bergenhus Fortress located near the Vågen harbour is one of the best preserved castles in all of Norway. The complex is made up of a number of buildings dating back to the Viking Age, including the Rosenkrantz Tower which is considered to be the country’s most important Renaissance monument. 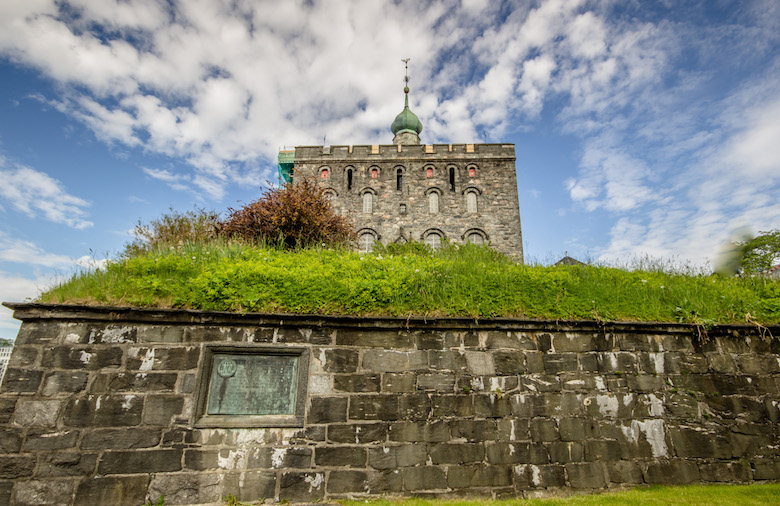 Not only is the Rosenkrantz Tower one of the fortress’ most photogenic spots, but it also happens to hold a 19th century dungeon. Visitors are invited to climb up to the top of the tower, and enjoy the view from the roof for a fun Bergen sightseeing experience. 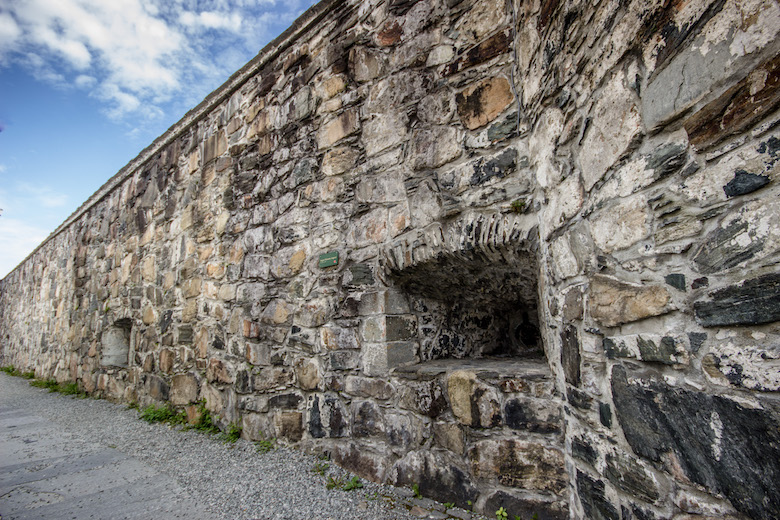 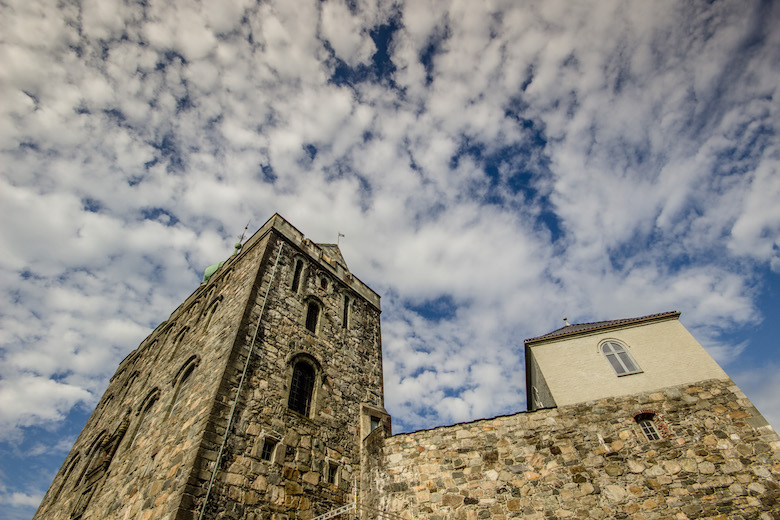 As a city that’s made its fortunes from the sea, it’s no surprise the Fisketorget is such a treasured spot. The lively, bustling fish market features a number of merchants selling fruit, vegetables and fresh seafood, displayed neatly on ice in glass cases. Watch the overall-clad fishmongers haul their daily catch out of the sea, then grab a table at one of the restaurants inside to enjoy what just might be the freshest meal you’ve ever had. 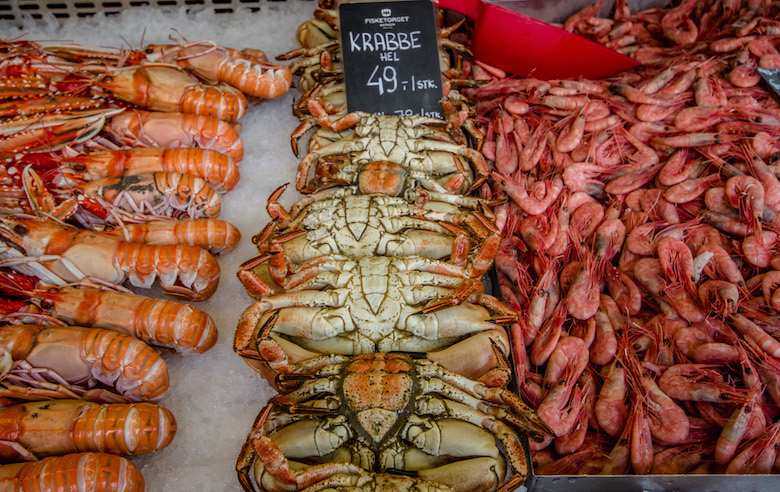 If time permits, there are some fantastic day trips from Bergen, and the following attractions are worth a visit: 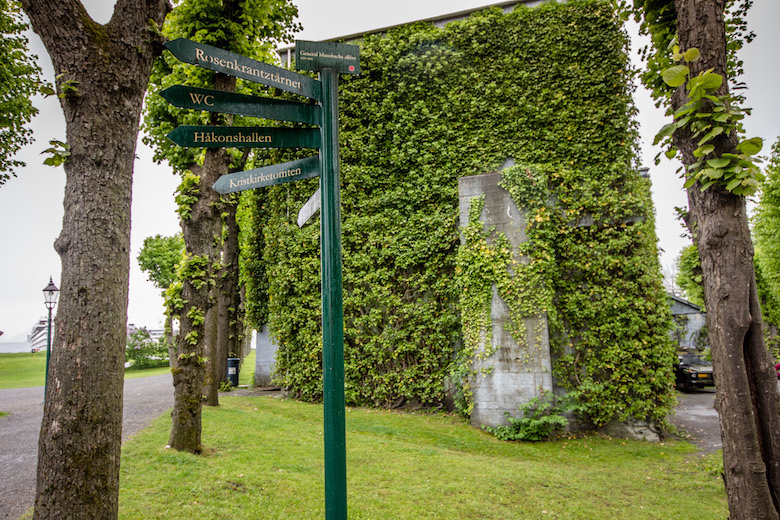 Best things to do in Bergen

If you’ve got a couple of days in the city, it may be worth picking up this Bergen Card which includes discounts to some of the city’s top attractions and public transportation. Book one of these organized excursions to enjoy a private tour through the city, or sail out to the fjords:

Where to stay in Bergen 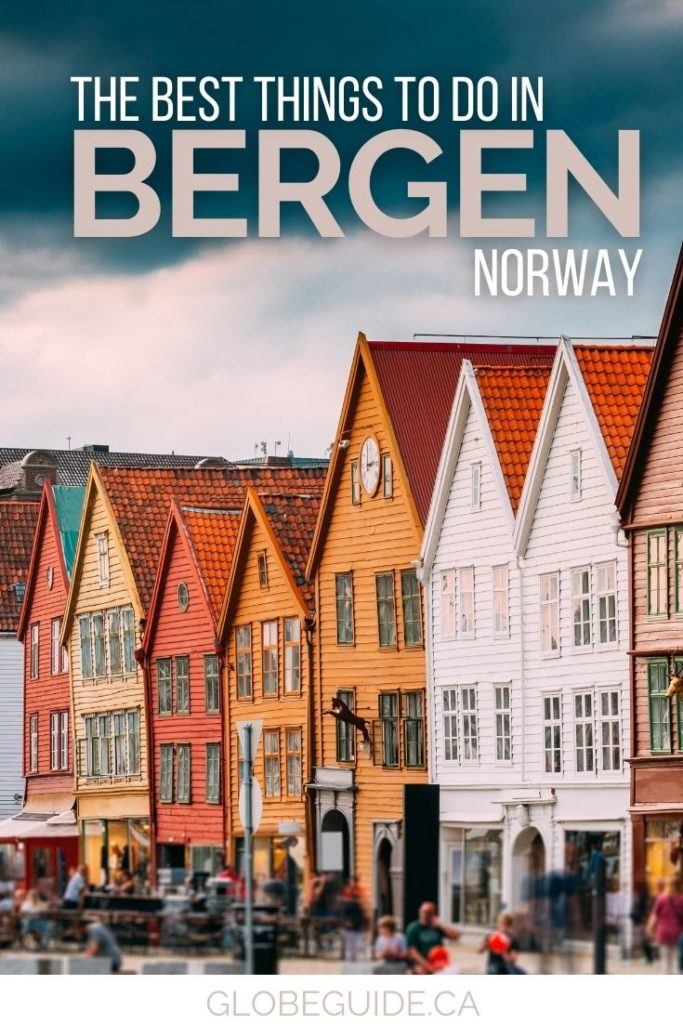 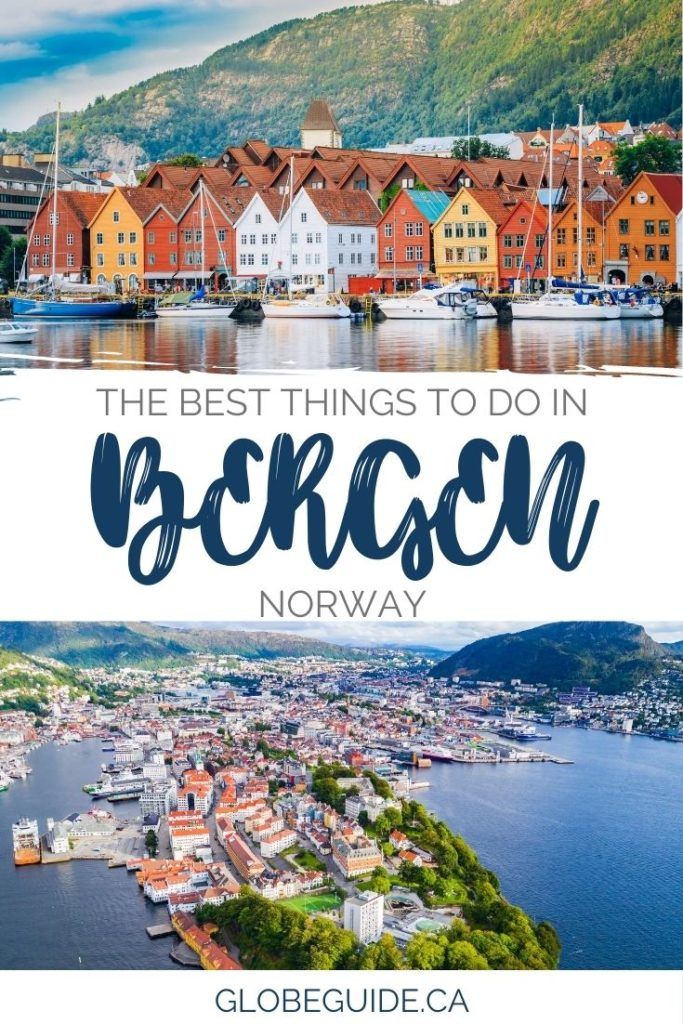 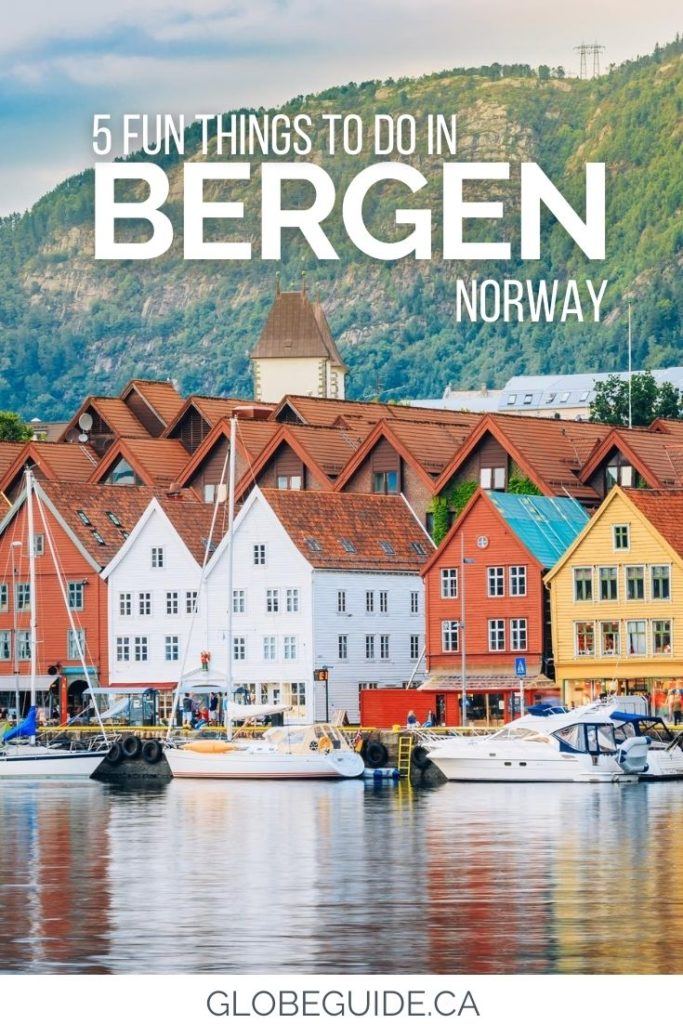