Cycling the Legacy Trail between Banff and Canmore, Alberta

Our wheels were pumped up, water bottles full and helmets firmly fastened. Now, we just needed the weather to cooperate as we mounted our bikes and set off on the first leg of our 40 kilometre journey along the scenic Rocky Mountain Legacy Trail.

The pathway links the beautiful towns of Banff and Canmore, and was built in honour of Banff National Park’s 125th anniversary. Following alongside the winding Trans-Canada Highway, it’s a relatively flat path frequented by cyclists, joggers and even the odd horseback rider. It’s a perfect way to enjoy the mountain views while getting in a killer workout, and is also worth bragging about to all the city slickers who usually explore the mountains by car! 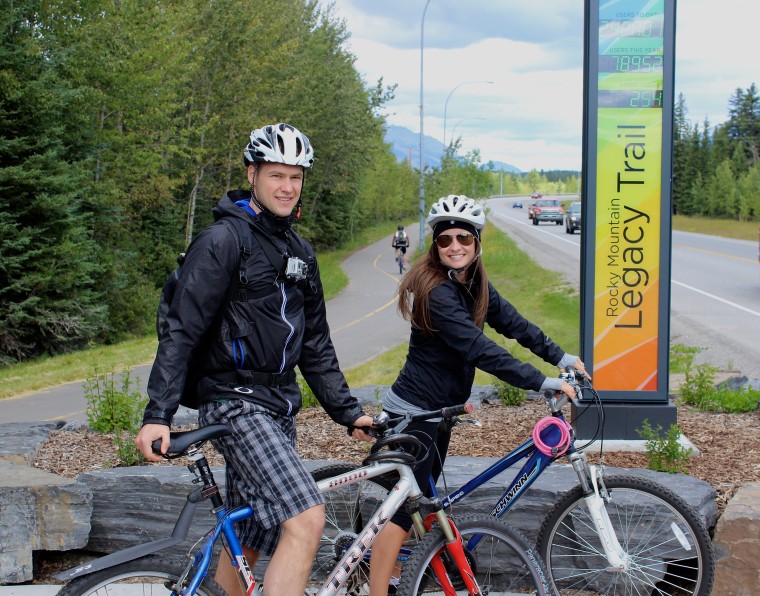 We started off in the outskirts of Canmore, where a sign marking the beginning of the trail has been put up near the tourist information centre. We were visitors #254 and #255 that day, and were impressed to learn that 80,000 people had travelled the trail so far that year. After an obligatory photo op, we headed off toward Cascade Mountain, which looms over the Banff townsite.

While I never claimed to be a pro cyclist, I like to think I’m rather fit. So it was surprising to me when the ride became a bit of a struggle about four kilometres in, and what looked like a flat pathway turned out to be a gradual uphill slope—meaning no rest for the weary! The sight of spandex-clad cyclists zooming past me on their skinny road bikes sure didn’t help, nor did a few of the steep hills we encountered. The good news is there was always a reward for pushing though, whether it was a secluded trail carved out between the trees or yet another epic view of the Bow Valley. 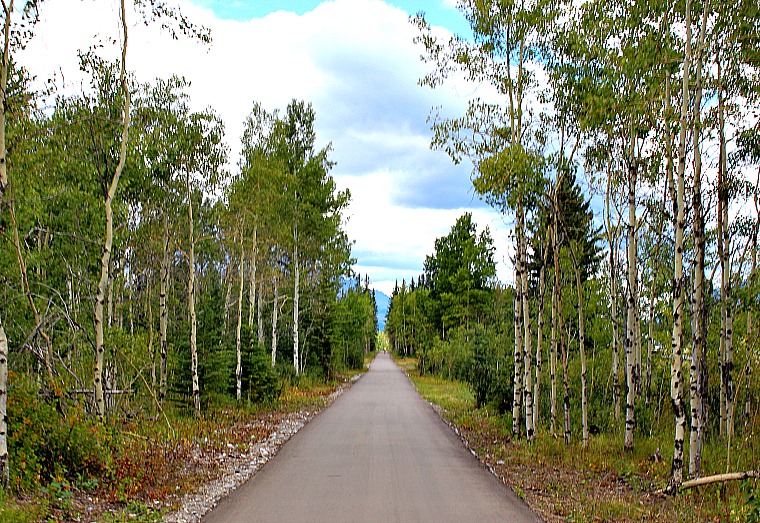 One of the best spots along the route is the Valleyview picnic area, which has washroom facilities and picnic tables that are perfect for taking a time out. We pulled over and took in the sweeping views of the valley stretched out below, framed by spectacular Mount Rundle. 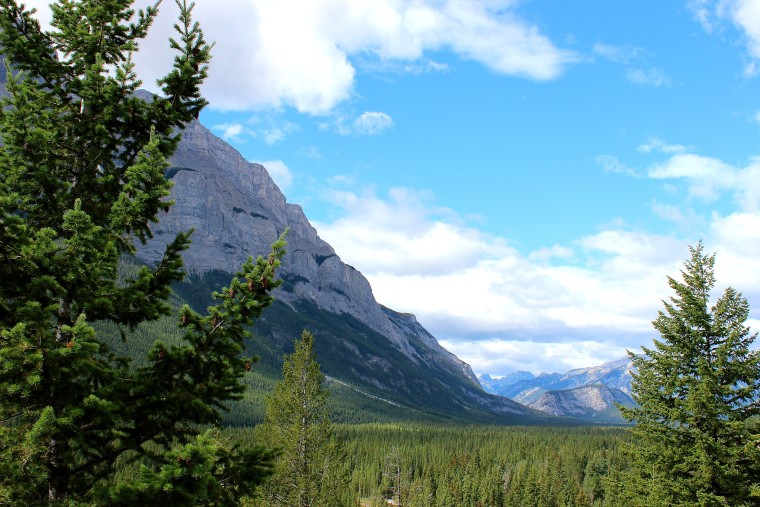 Looking out at the valley below Mount Rundle.

After getting the chance to take a breather, we soldiered on, with Cascade Mountain getting closer and closer as we pedaled harder and harder. Just as the weather began to get chilly, we passed the sign welcoming visitors into Banff, and about 10 minutes later found ourselves in the heart of the action on Banff Avenue.

READ MORE: The ultimate guide to the best of Banff, Alberta 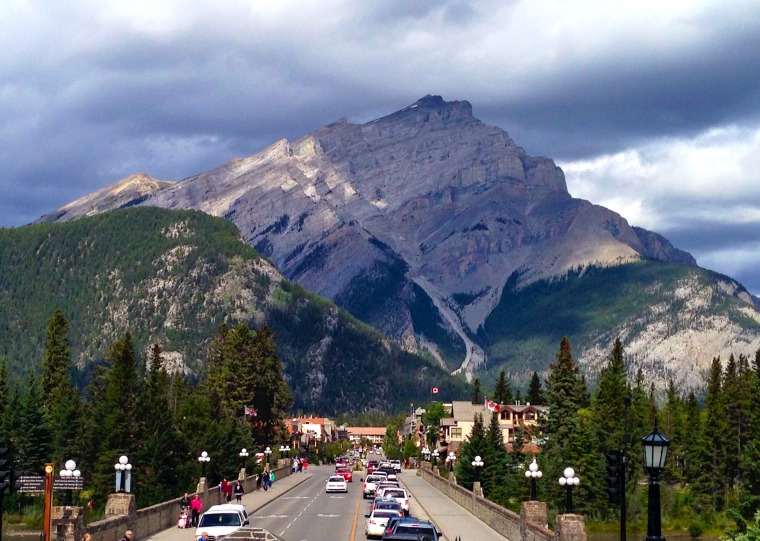 The town of Banff.

Despite our legs feeling like jelly, we spent the next couple of hours wandering around town, stopping inside a pub to grab a beer and a heaping plate of spaghetti (carb-loading is important, people!). We got back on our bikes and braced ourselves for the long ride back to Canmore, but were pleasantly surprised to discover why everyone had been flying past us on the trail. It was so much easier on the way back!

RELATED: Banff or Canmore? Tips for choosing which town to stay in 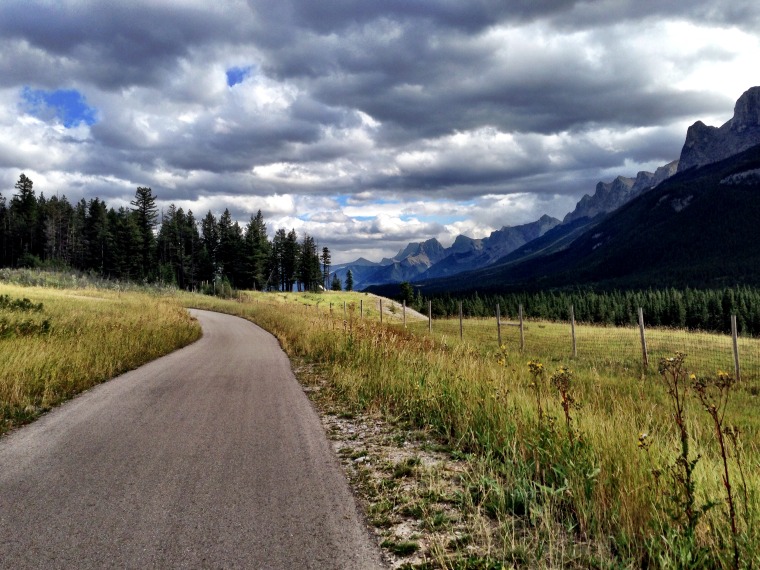 The Legacy Trail heading back towards Canmore.

It turns out there is a bit of a downhill slope most of the way between Banff and Canmore, save for three hills. We gleefully coasted along, and got to spend the next 20 kilometres enjoying the scenery and snapping photos instead of trying not to think about our burning legs. It ended up taking us exactly one hour to get back, versus one hour and 20 minutes on the first leg. 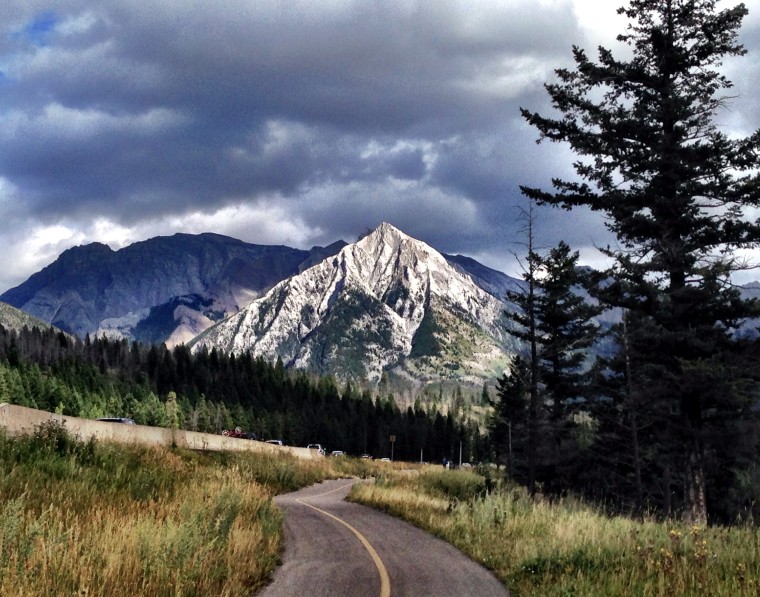 With a great feeling of accomplishment, we soon found ourselves back at that trail marker in Canmore. After one last photo, we pedaled back to our hotel to soak in the hot tub, followed by a much-needed nap.

Why the Sunshine Meadows hike in Banff, Alberta is heaven on earth

Epic outdoor adventures in and around Sundre, Alberta 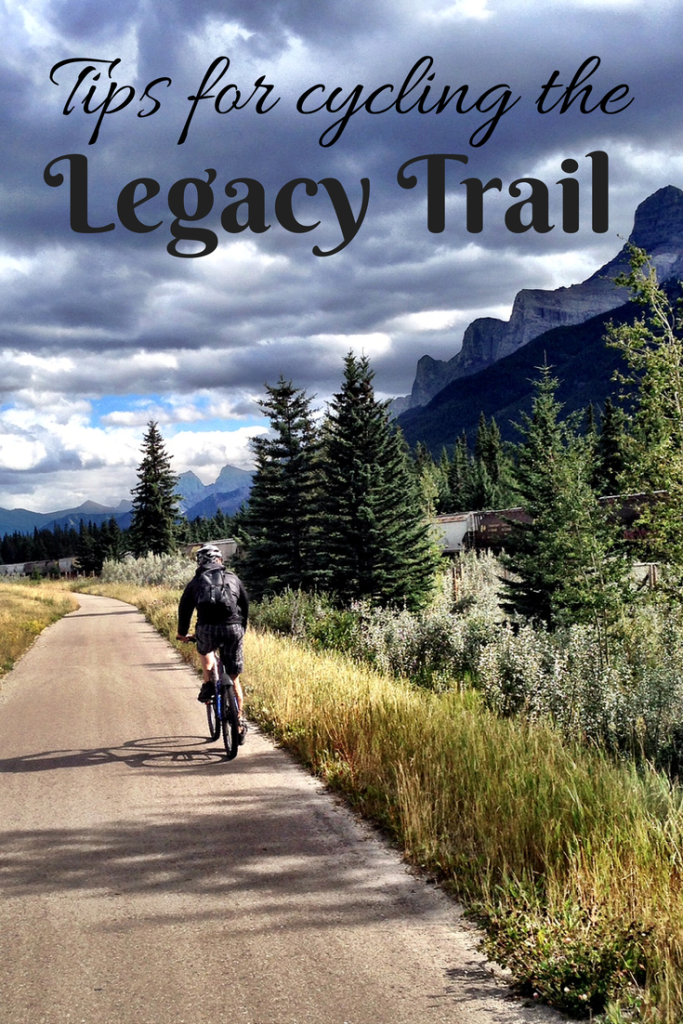