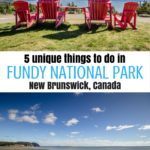 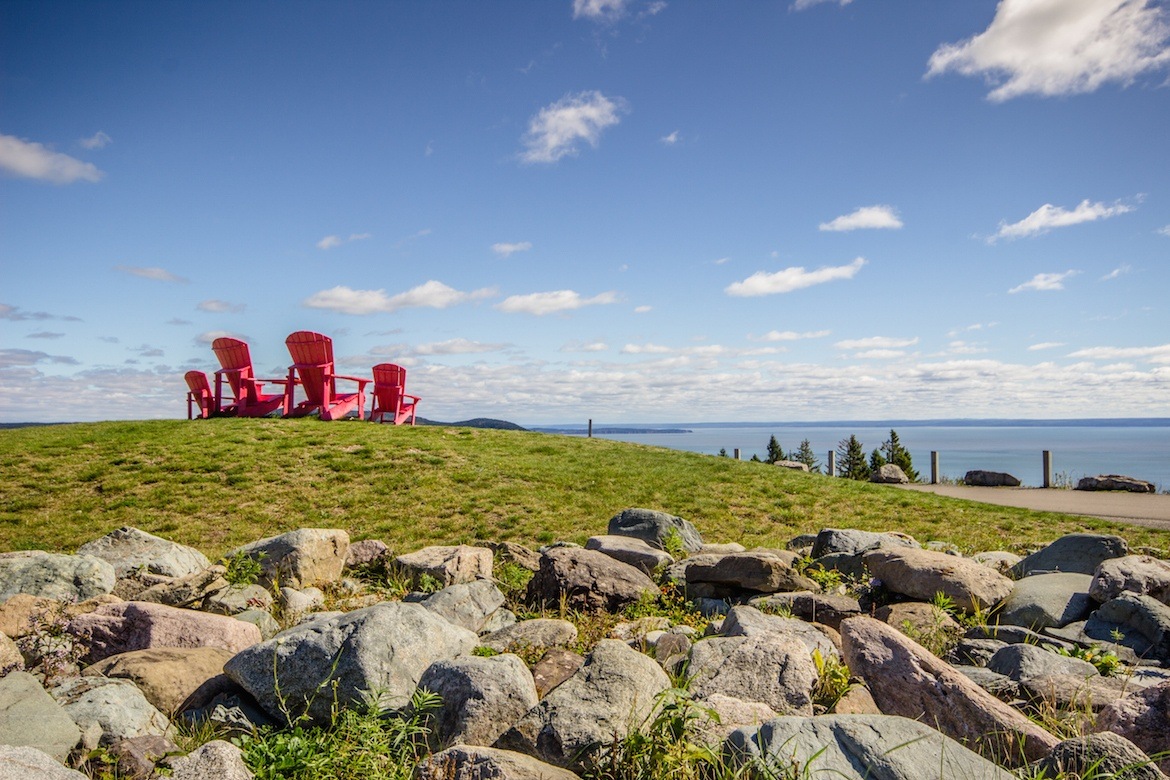 The ultimate summer destination, Fundy National Park in New Brunswick, Canada has no shortage of sights and activities to keep visitors of all ages occupied. Home to the world’s largest tides in the Bay of Fundy, travellers come from around the world to watch the spectacle of up to 12 metres of water rushing in and out twice per day. But there’s more to Fundy than walking on the ocean floor: think quirky campsites, breathtaking viewpoints and hikes through the Acadian forest just to name a few. Thinking of making the trip out east? Here are five unique, fun things to do in Fundy National Park. 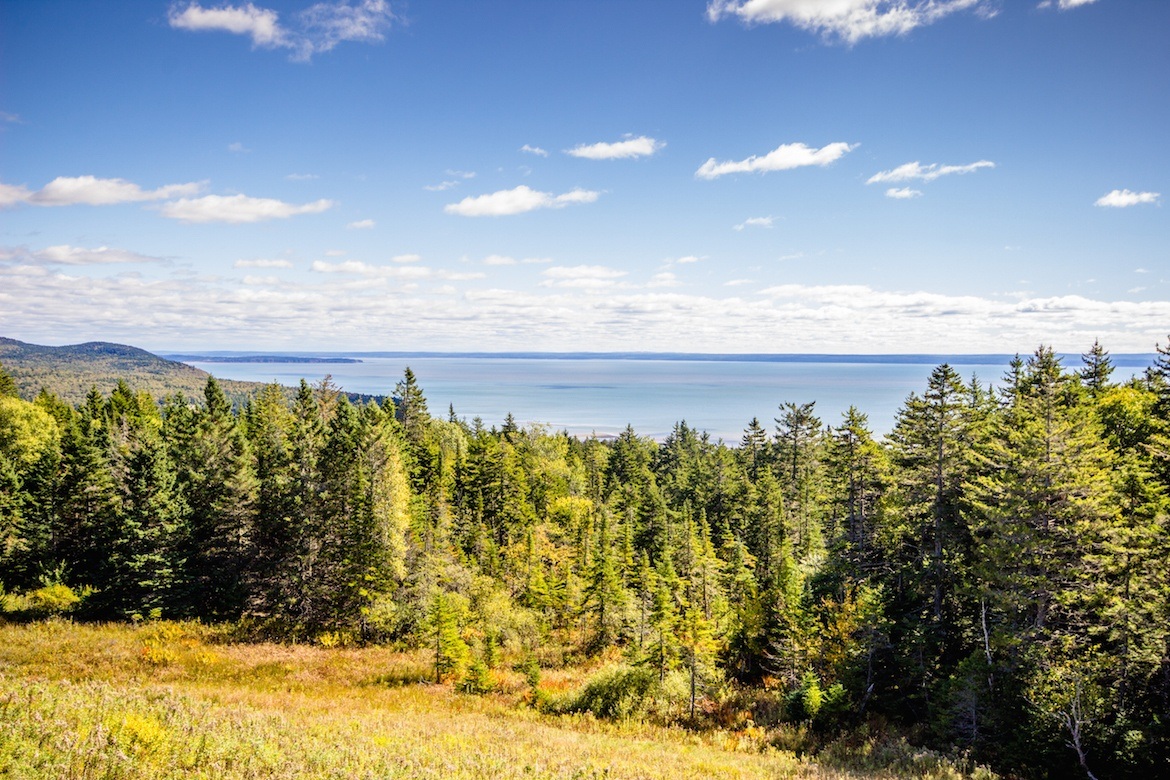 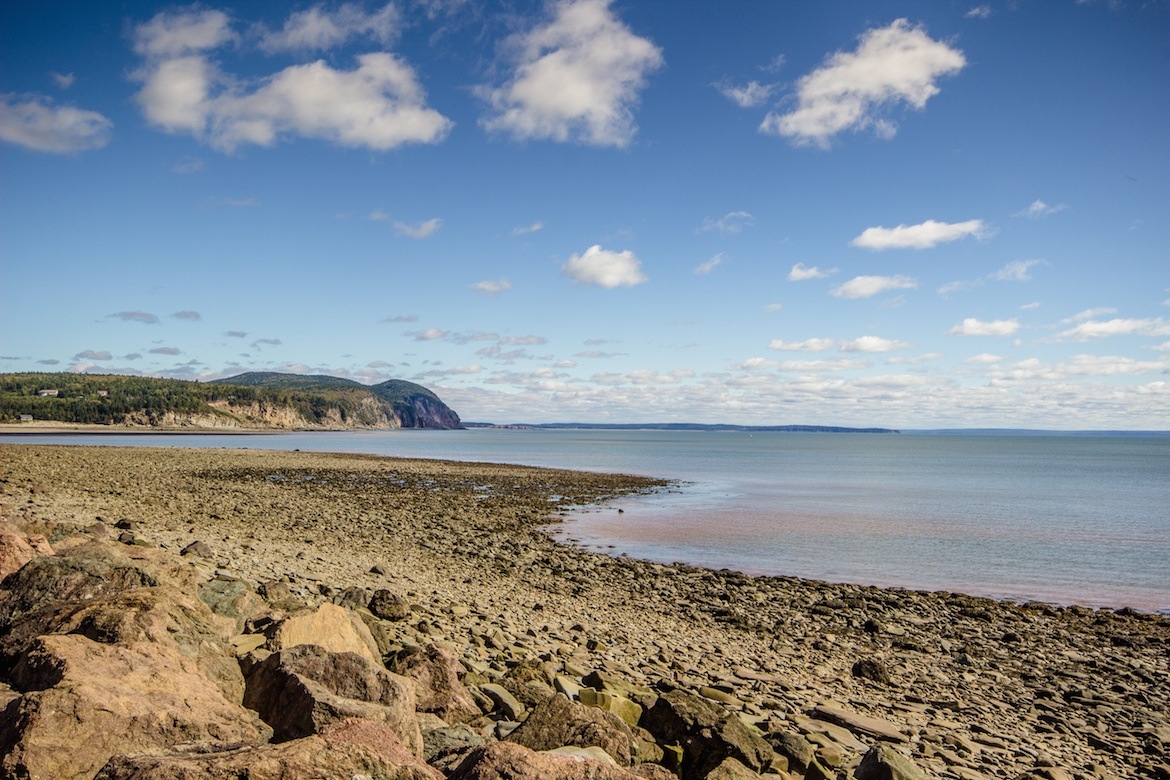 ‘Swimming with the fishes’ isn’t usually a good thing, unless it’s in reference to Fundy National Park where you can snorkel with salmon. The unique program sees park biologists, interpreters and First Nations experts guide visitors through the calm waters of the Upper Salmon River in search of Bay of Fundy Atlantic salmon, which are one of the most endangered animals in Eastern North America. Along with enjoying the great outdoors, participants get to learn about the extensive conservation efforts underway in the park to save the species from extinction. 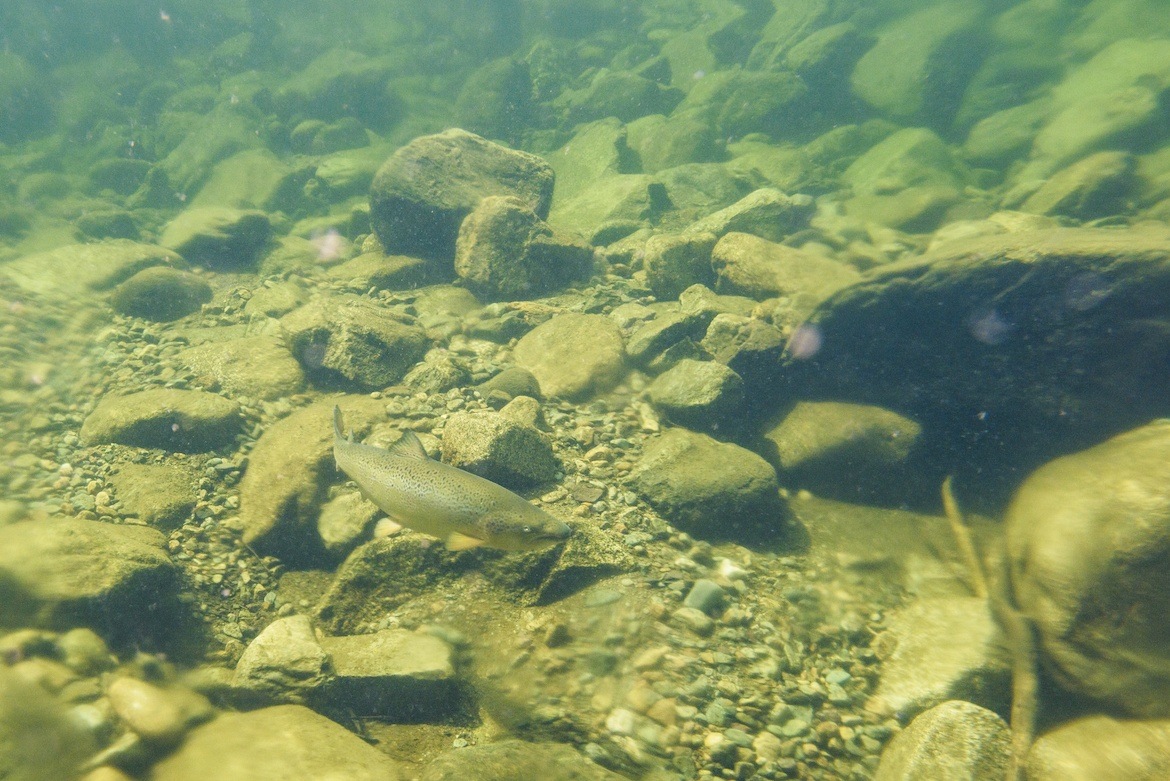 If lounging by the pool is more your style, then good news: Fundy has one of those too. Their solar-heated, saltwater pool is fed by the Bay of Fundy itself, making it the next best thing to swimming in the real thing. 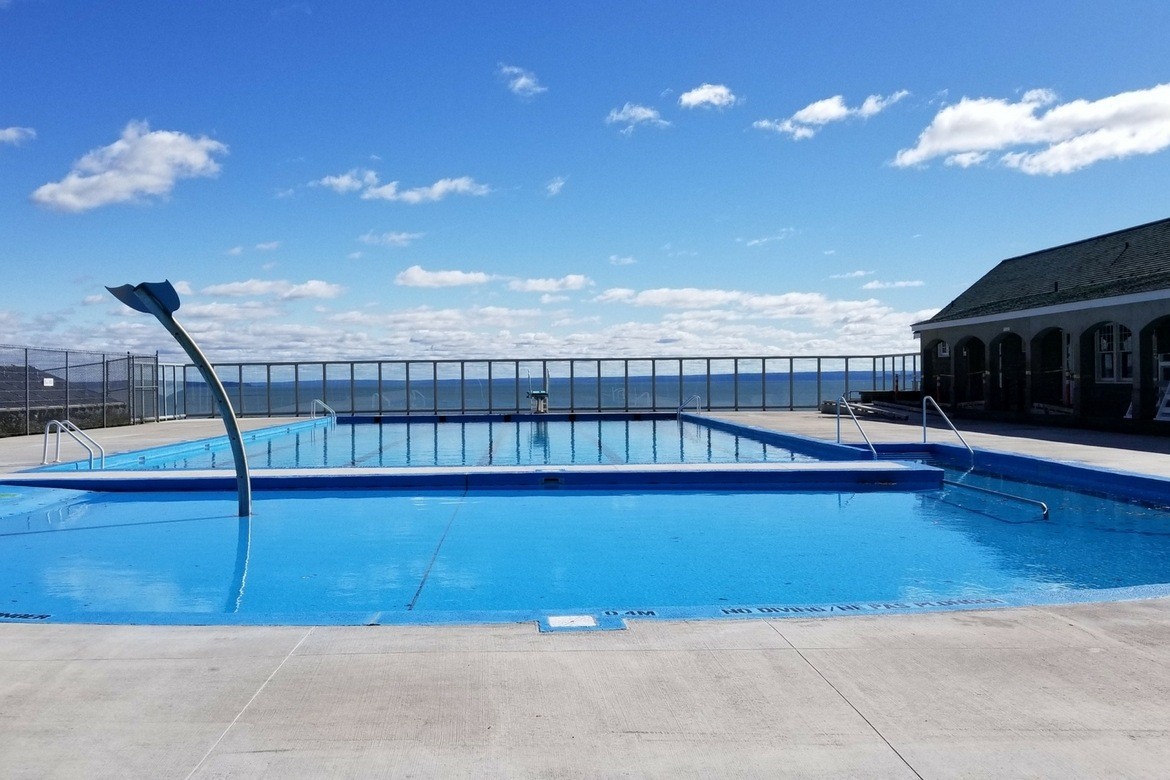 This popular Parks Canada program sees pairs of red Adirondack chairs strategically placed in photo-worthy spots throughout Canada’s national parks, including a dozen locations in Fundy. The perfect place to sit back and enjoy the view after a long day of exploring, they’re also the perfect backdrop for those family photos. One of the prettiest spots to Share the Chair in Fundy National Park is at the Butland Lookout Point, which overlooks the Bay of Fundy. 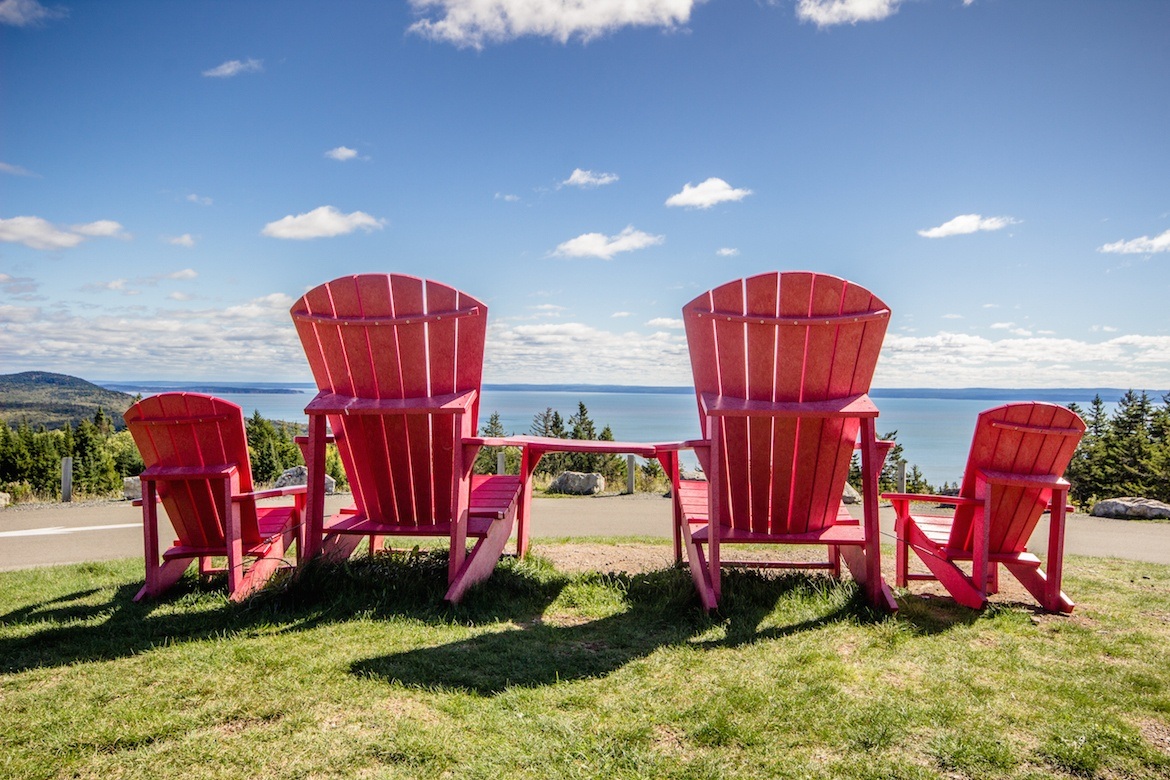 There aren’t too many national parks that also boast a golf course, which is yet another reason Fundy is so unique. The Stanley Thompson-designed nine-hole, par 70 Fundy National Park course features sweeping views of the surrounding valleys and forests, and is particularly impressive come autumn when the fall foliage comes alive. The course is open from mid-May to October, and there is a pro shop on site for renting equipment and golf carts. 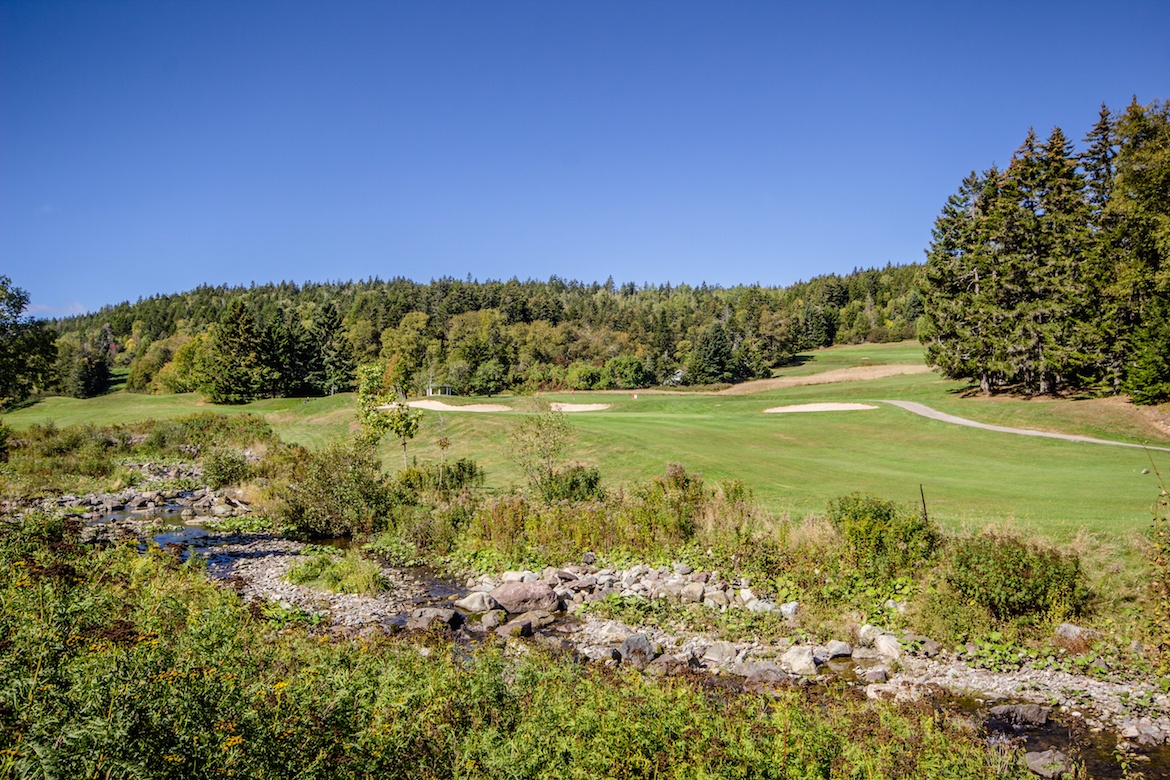 Move over, boring pop-up tent: when it comes to camping, Fundy National Park lodging offers much quirkier, cooler options. For a memorable stay, book into their Goutte d’Ô, a teardrop-shaped structure with a deck, sofa bed, storage space and suspended hammock to fall asleep in while watching the stars. Other unique accommodations include yurts overlooking the ocean complete with bunk beds and wood-burning stoves, and the canvas-covered oTENTiks which can sleep at least five people and are as close to glamping as it gets. 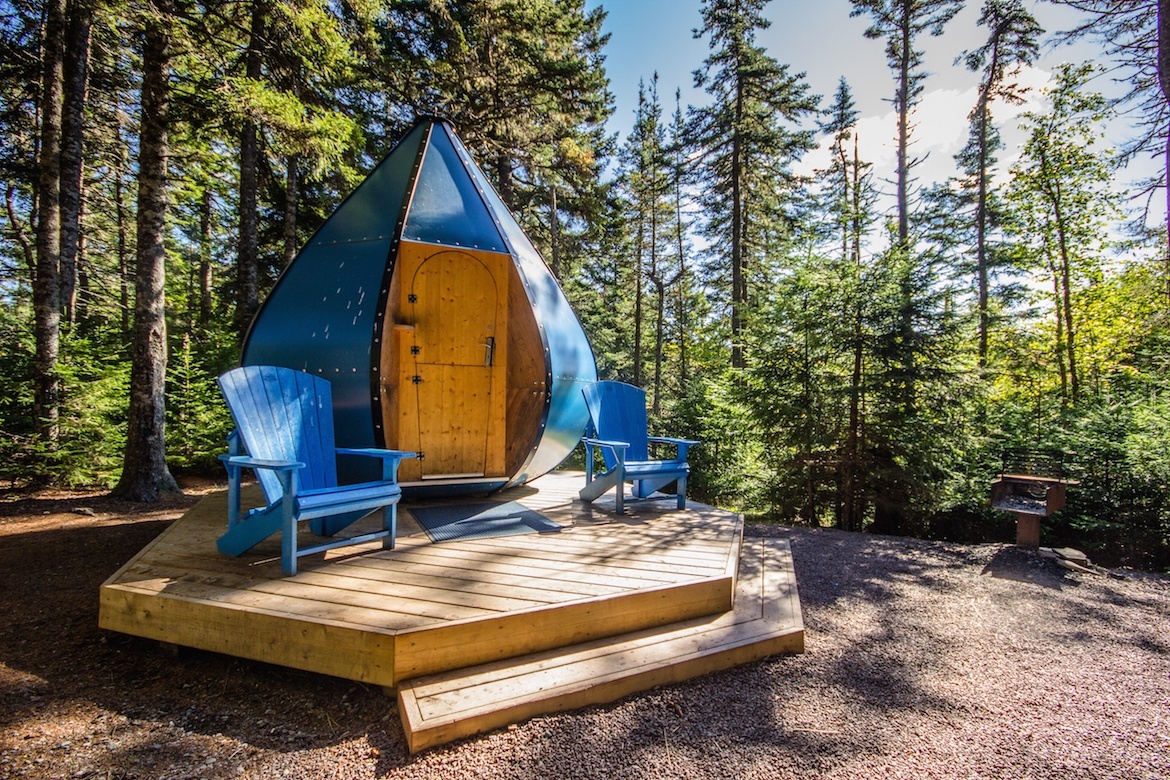 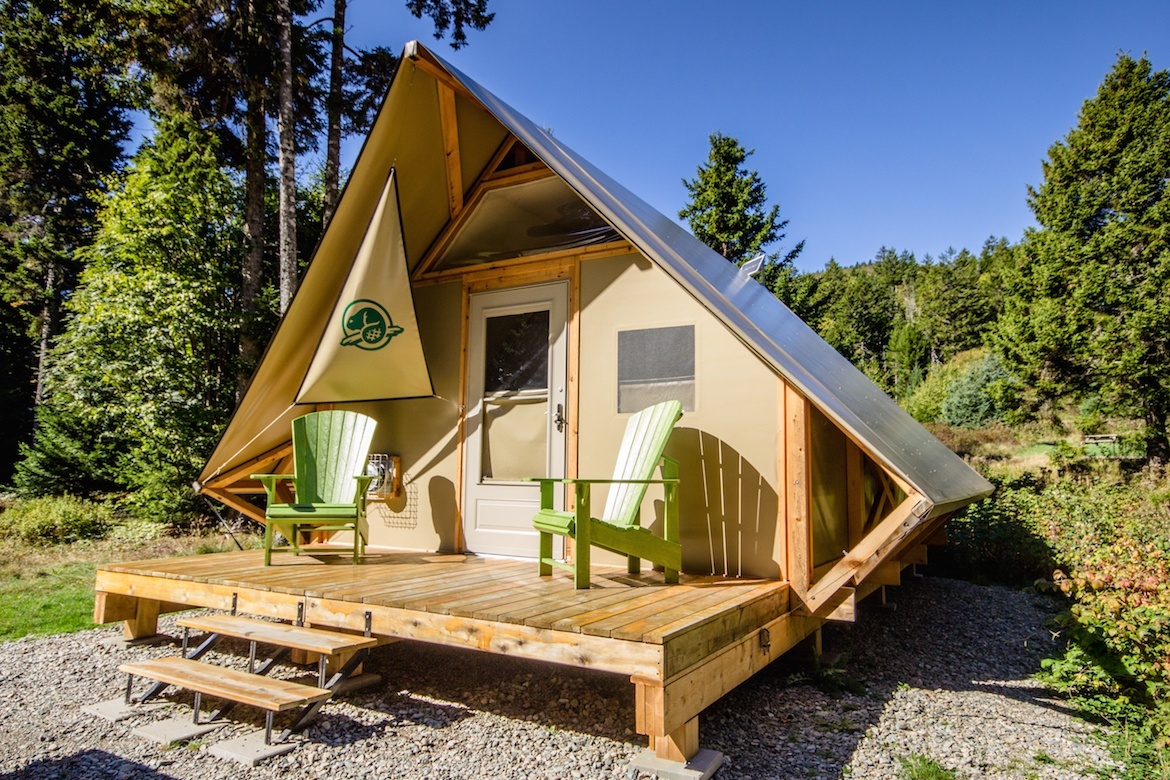 Look up…way up…at the great galaxy spread overhead. Fundy National Park is designated as a Dark Sky Preserve by the Royal Astronomical Society of Canada, meaning it’s one of the country’s best spots for viewing the night sky. The park is committed to protecting the environment from artificial lighting that could interfere with the ability to see things like the Big Dipper, and has replaced fixtures with newer LED options to reduce light pollution. The result is a sky glowing with millions of stars visible by the naked eye. Those interested in taking it up a notch can sign up for the Milky Way Madness tour to view the Milky Way’s planets and galaxies through a giant tracking telescope. 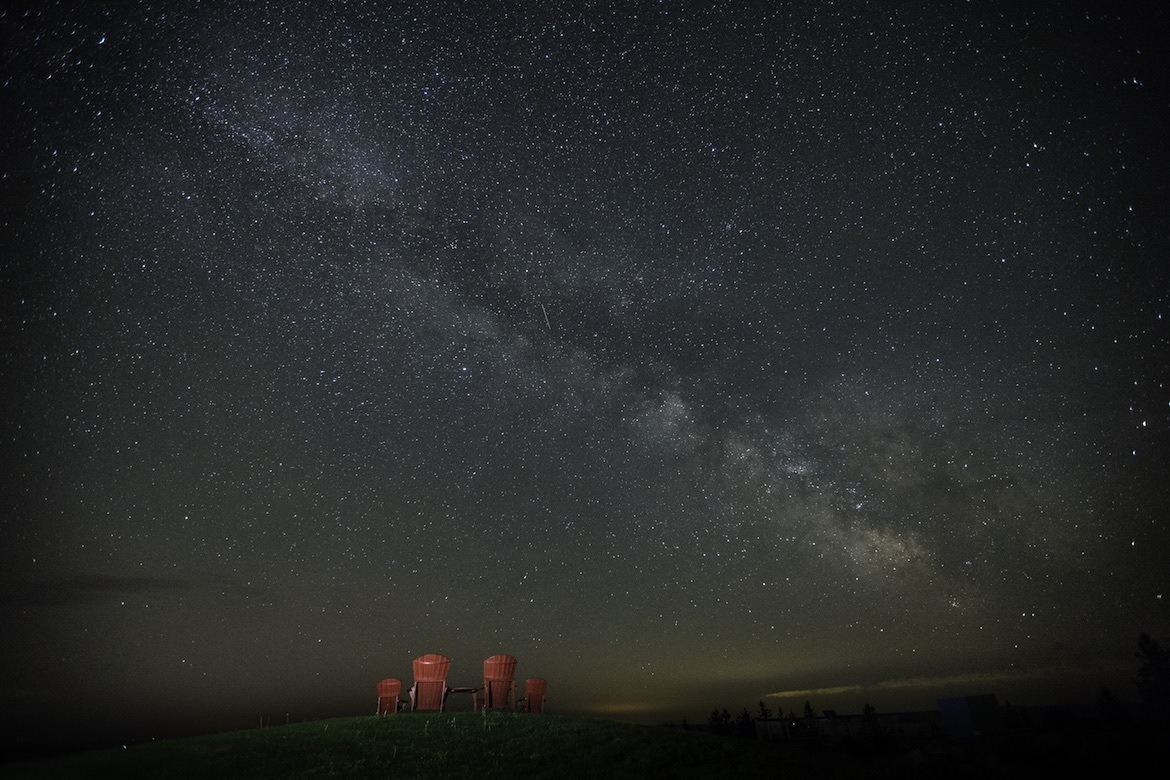 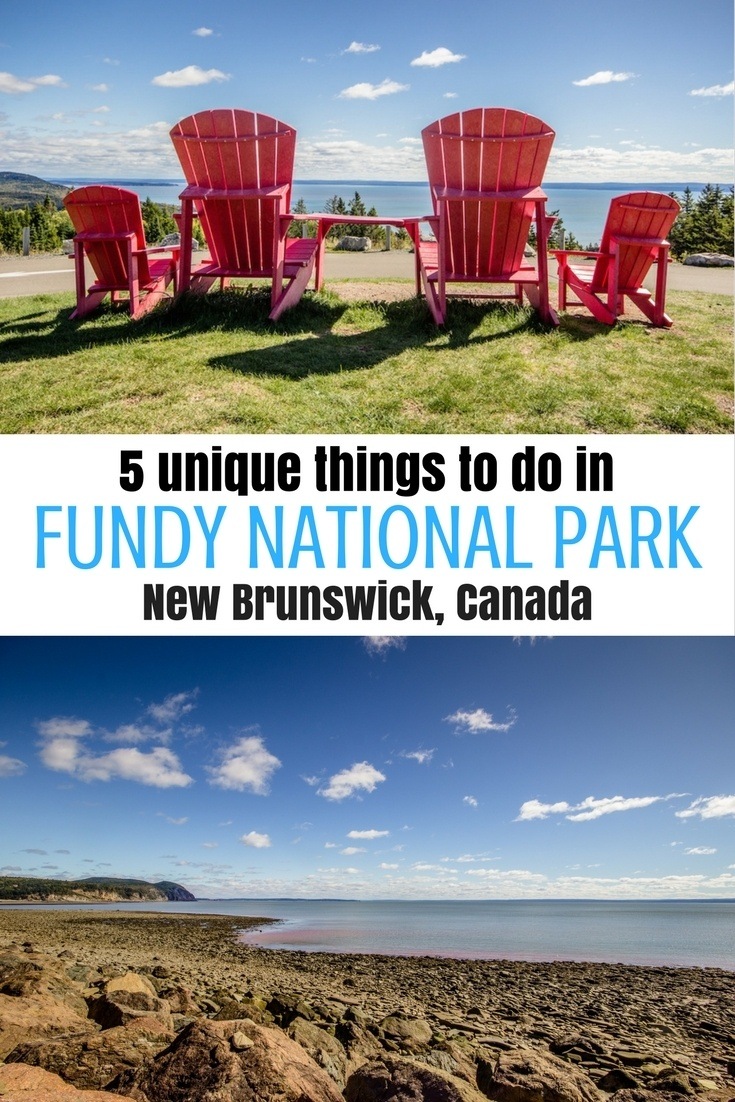