Istanbul: A trip through the colourful Turkish city

There aren’t many countries where you can be in two continents at the same time, hit the beach, climb a mountain, take a hot air balloon ride, stay in a tree house and visit historical sites that are thousands of years old. But Turkey delivers on all these points and more, all while the friendly residents greet you with a welcoming smile and ask if you’d like to join them for tea.

I spontaneously ended up in this wonderful country during a months-long trip through Europe. My friends and I were in Greece when we decided to extend our trip with a jaunt to nearby Turkey, a quick plane ride away. Though my mother wasn’t terribly pleased with the decision (there are some travel advisories in place), it couldn’t have turned out better.

Istanbul is an incredible city, and a textbook case of ‘east meets west.’ The city on the banks of the Black Sea is technically located in both Europe and Asia, and the influences of each are obvious. Walking through colourful Istanbul you’ll pass a Four Seasons hotel and notice a brand-new Mercedes-Benz parked on the street, at the same time as you hear the enchanting call to prayer and spot a thousand-year-old wall.

The beginning of any Istanbul itinerary should start at the stunning Sultan Ahmed Mosque, commonly called ‘The Blue Mosque.’ 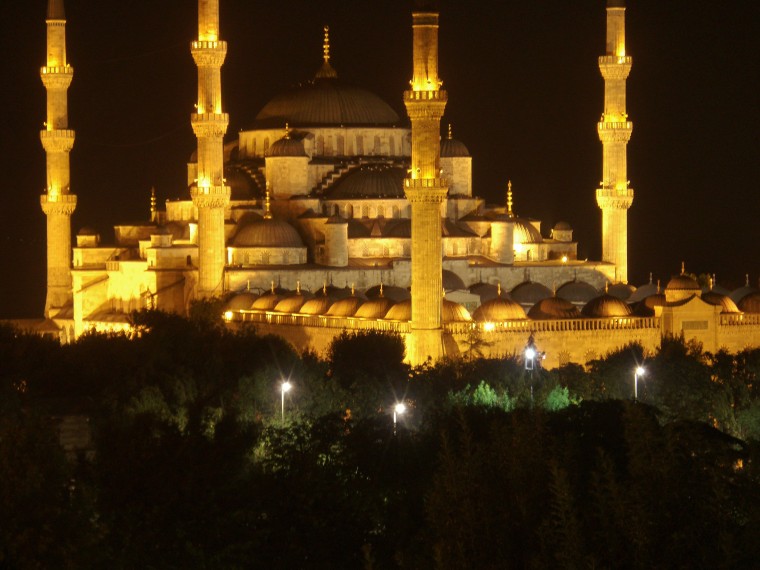 An imposing structure, it got its nickname thanks to the thousands of blue tiles that adorn it. The mosque is perhaps most impressive at night, when yellow lights make it a haunting picture, and the call to prayer broadcast over loud speakers reminds you that you are in a Muslim country. Try to take in the view from somewhere with a rooftop patio at night, and it will be an experience you won’t soon forget.

Nearby, you’ll find another mosque called Hagia Sophia, which is one of the city’s most popular landmarks thanks to its magnificent great dome. Visitors are welcome inside, though it should be noted that proper attire is required (as with all mosques) and women will be lent a scarf to cover their head and shoulders with. The mosque has been declared a UNESCO World Heritage Site and also houses intricate mosaics. The site itself is surrounded by beautiful fountains and is a hub of activity.

Visitors may want to stay in nearby Sultanahmet, a popular backpackers district, which is within easy walking distance of both mosques as well as a number of restaurants and travel agencies that can arrange excursions for you. 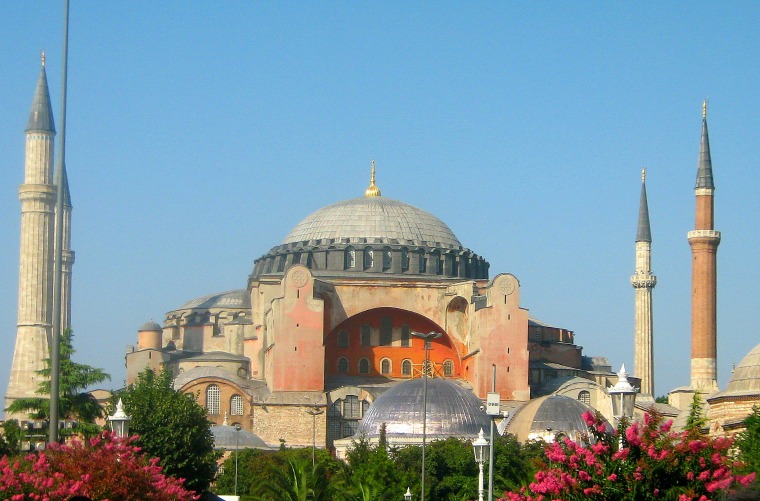 Another great place to explore is the Grand Bazaar—which is exactly what the name implies.

A massive market, visitors are surrounded by spices, colourful lanterns, Turkish delight, bright clothing (want to be Aladdin next Halloween?) and tea sets. Oh, and rugs. Lots of rugs.

Speaking of, Turkey is the place to be if you’re looking for an authentic Turkish rug, and many stores will be able to ship it home for you. You’ll likely be offered some apple tea while you shop, so take them up on the offer—it’s great stuff! After you’ve stocked up on souvenirs, head over to Taksim Square for lunch. The district is a hot-bed of restaurants, shops and hotels, and a great spot to chow down on a donair, a Turkish specialty. 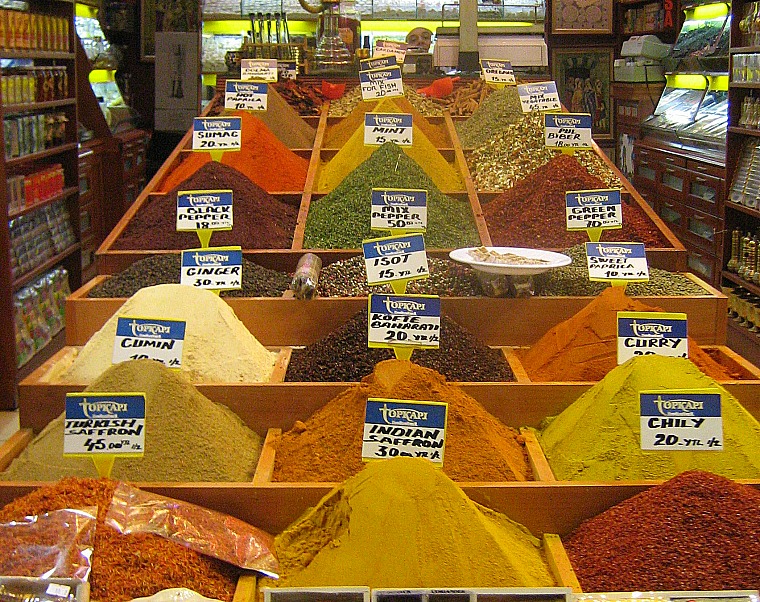 Spices in the Grand Bazaar.

Now that you’ve knocked off the highlights of Istanbul, there is really only one last thing to do to complete your trip: sit down for a game of backgammon. If you don’t know how to play yet, it’s safe to say you’ll be a master by the time you leave.

Turkey in a treehouse

Top 10 tips for travelling in Europe 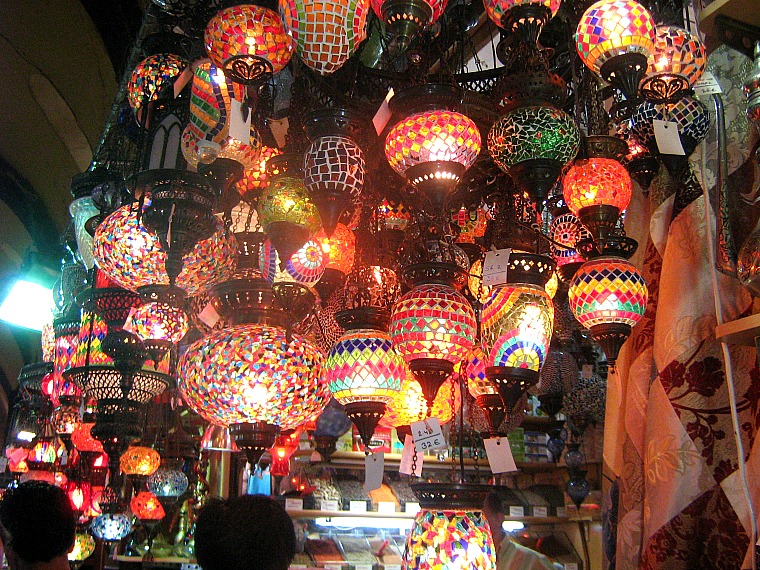 Lamps in the Grand Bazaar.


Error: API requests are being delayed. New posts will not be retrieved for at least 5 minutes.