The alluring Algarve: Best things to do in Lagos, Portugal 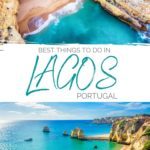 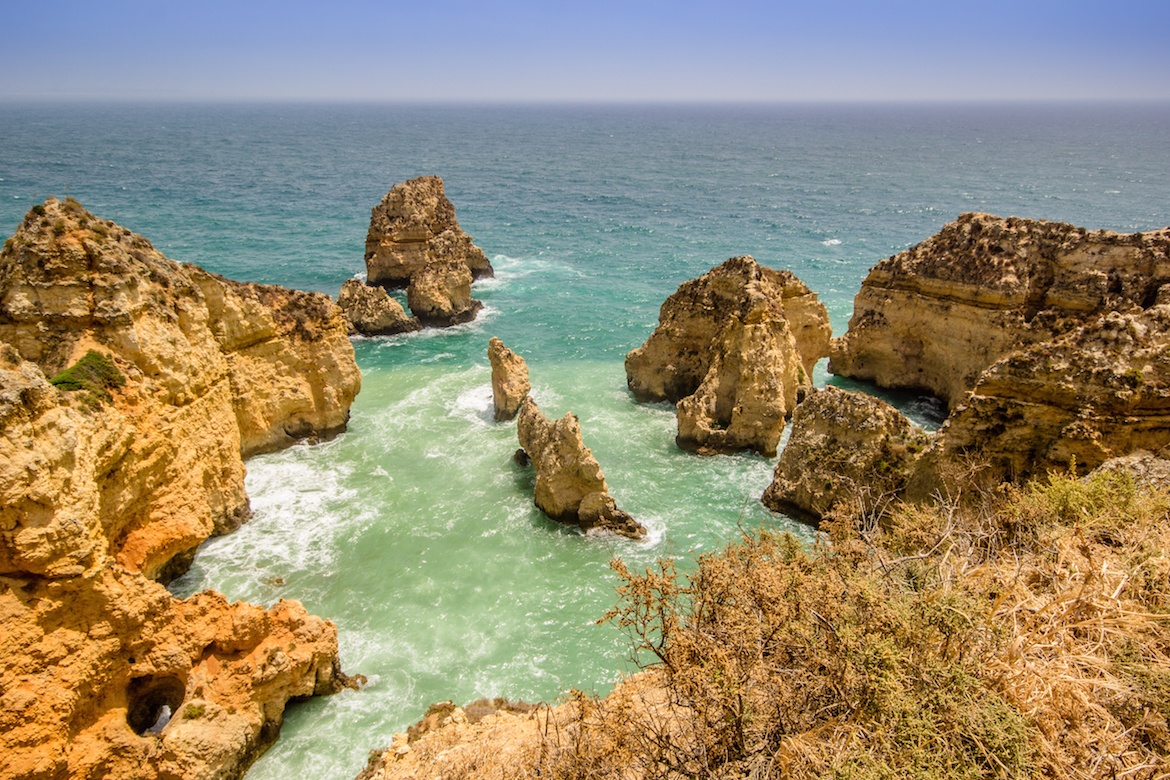 The Algarve in Portugal

Have you ever had a longing to visit a place, a desire fuelled by little more than a photograph, yet it immediately makes an imprint on your mind? But no matter what grand plans you dream up, no matter how many journeys you make to all edges of the earth, that place somehow eludes you?

For me, that was Portugal—specifically the Algarve, a popular holiday destination along the country’s south coast, the last stop before setting across the sea to Morocco.

There, towering rock formations jut out of the impossibly-turquoise ocean waves that lap up against the sandy shores, framed by the dusty cliffs overhead granting never-ending vantage points of the mesmerizing scene below. Its coastline is dotted with orange-topped villas, sunshine yellow kayaks weaving in and out of secret coves, and harbours providing safe haven for white-tipped sailboats. 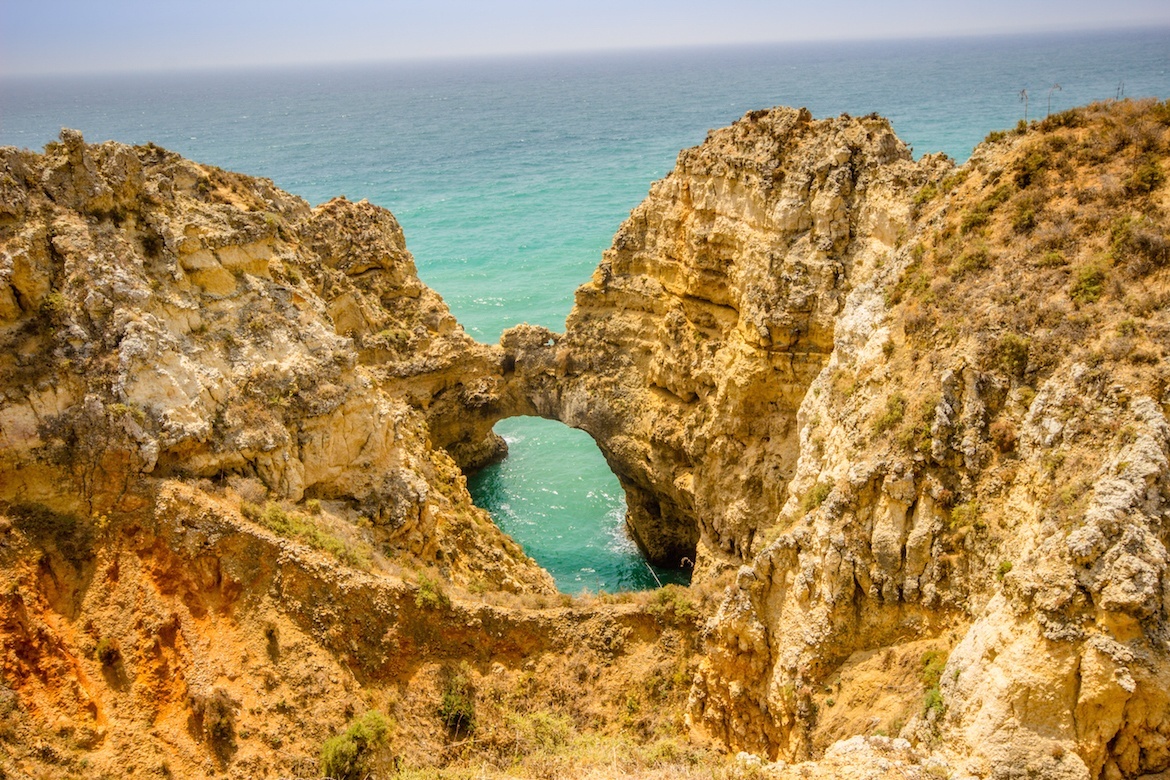 I first came across the wonders of the Algarve as a fresh-faced 20-year-old, poring over my dog-eared Lonely Planet guide planning that quintessential right of passage: a summer trip to Europe. But due to pesky problems that plague backpackers like logistics, time and money, Portugal wasn’t in the cards that time around—despite finding ourselves tantalizingly close in neighbouring Spain.

Years passed, including several more trips across the pond to explore over a dozen European countries, yet Portugal continued to elude me. Then finally, over a decade later, the stars aligned and I found myself with a plane ticket in hand bound straight for Faro, the gateway to the Algarve. Turns out, the wait was worth it.

Here are the best things to do in Lagos. 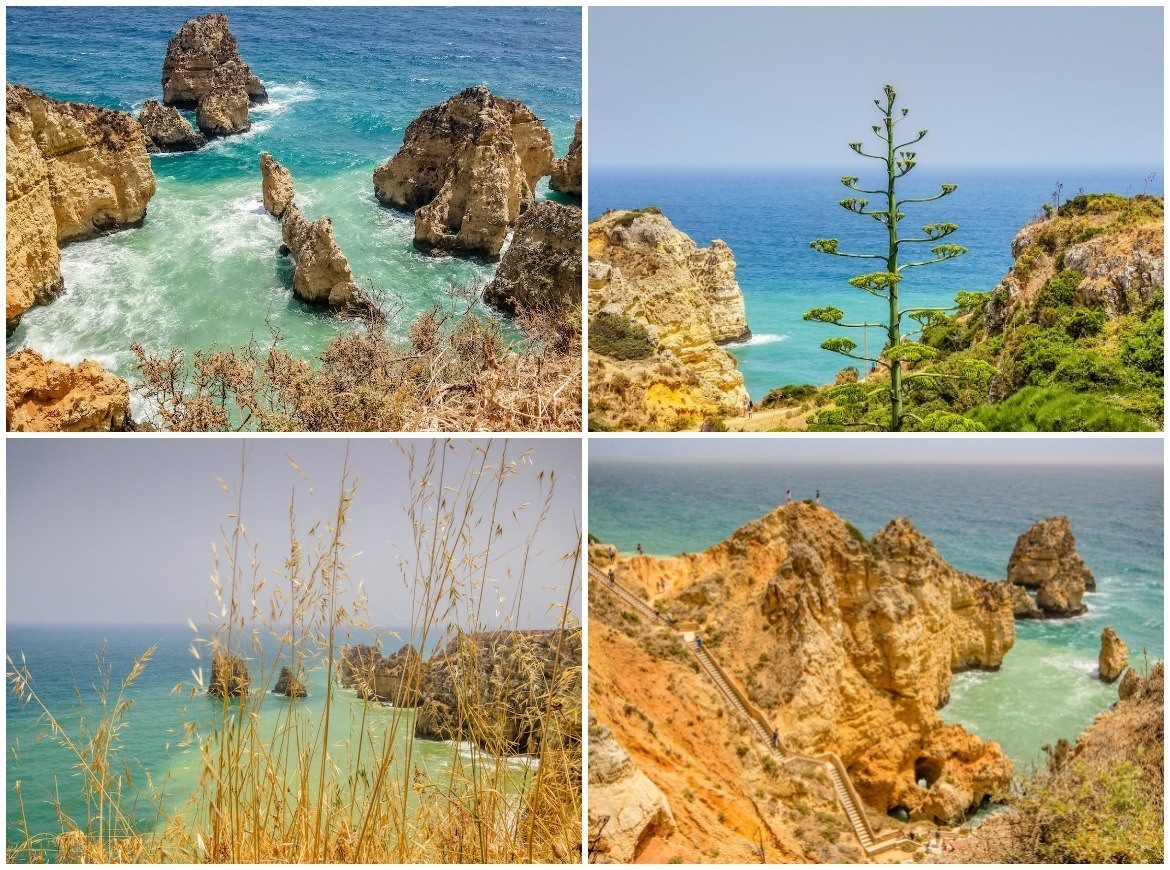 After picking up a rental car, it took less than an hour driving west along the smooth freeway to get clear across to the other side of the Algarve to Lagos—the exact town that had lured me all those years ago. The A22 winds along the coastline, giving glimpses of some of the region’s other beach towns. There’s also the option to take a bus or train; however there’s no transport hub in the small airport so you’ll need to transfer to Faro City first, plus the journey takes twice as long compared to a taxi or rental vehicle.

Lagos itself is charming, marked with those iconic swirling mosaic sidewalks, a lively waterfront promenade lined with shopping stalls, a fish market for grabbing the catch of the day, and narrow cobblestone streets winding past whitewashed homes in the fortified historic centre. Pitchers of sangria are enjoyed at à la carte restaurants where tables spill into the sheltered streets, and the acoustic notes from buskers float in the air. 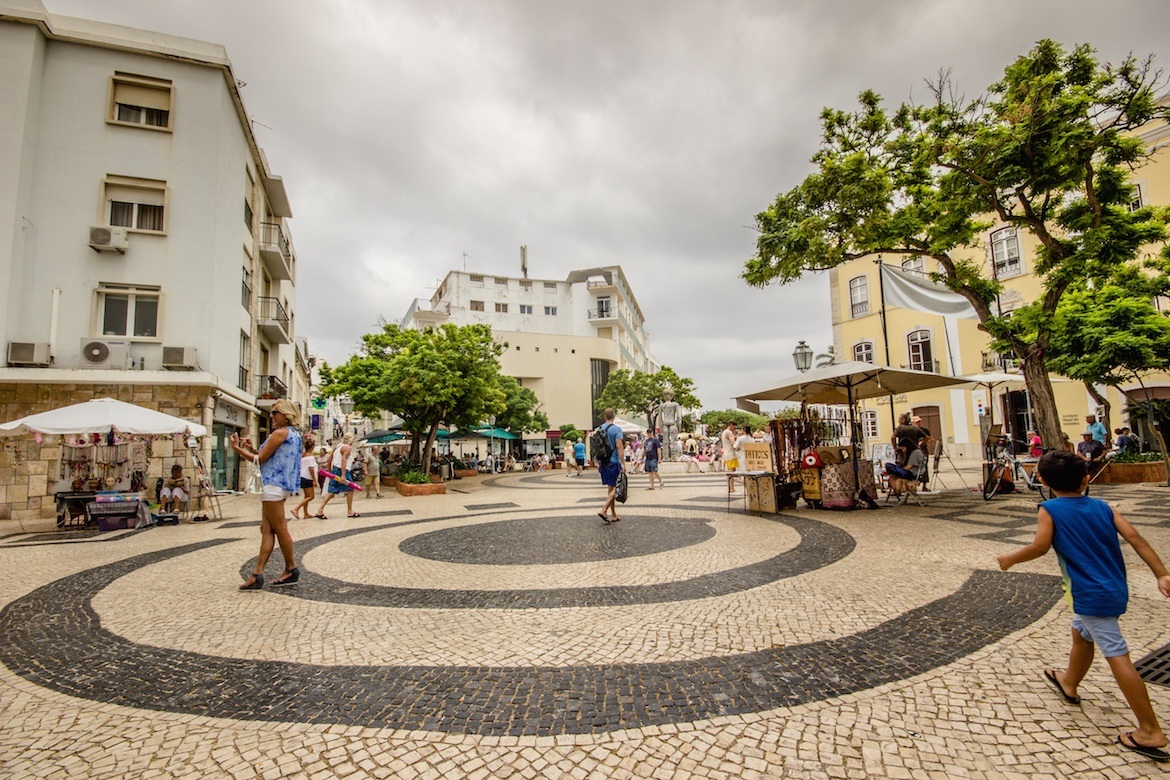 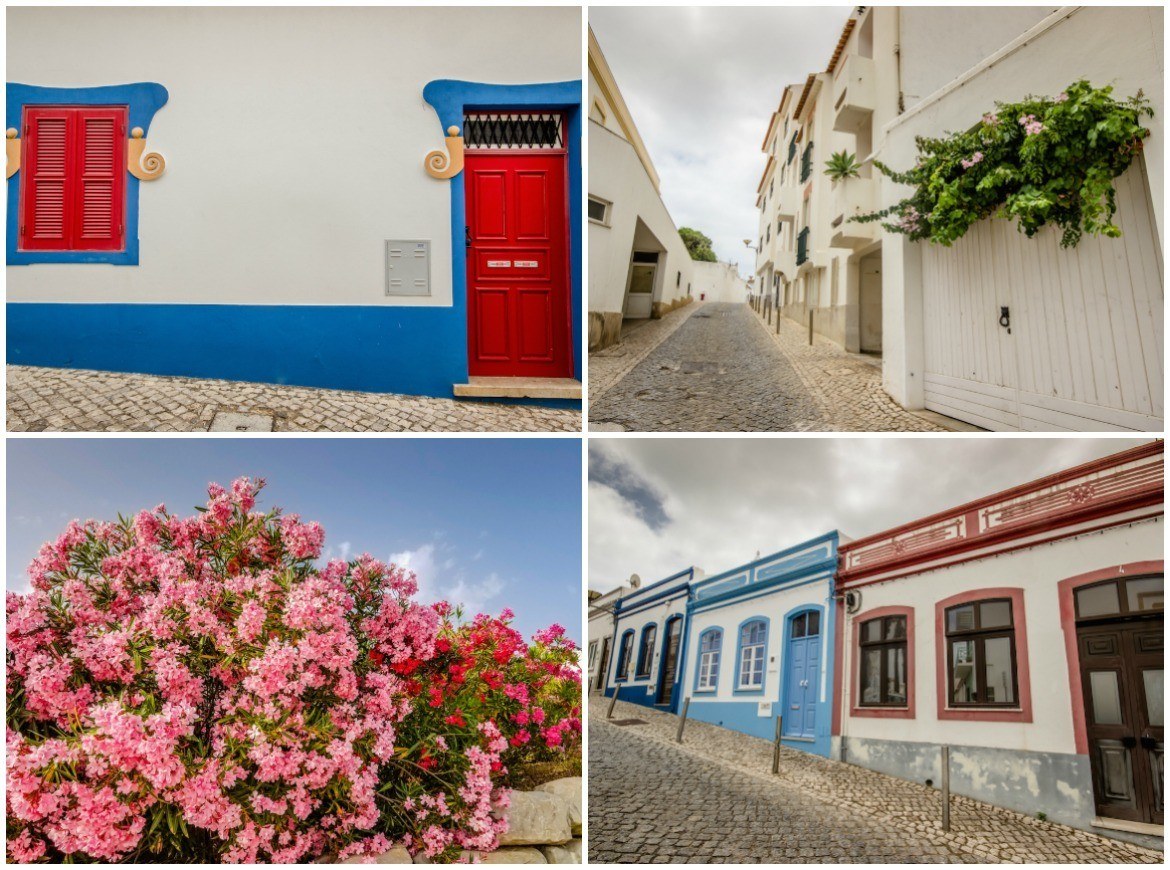 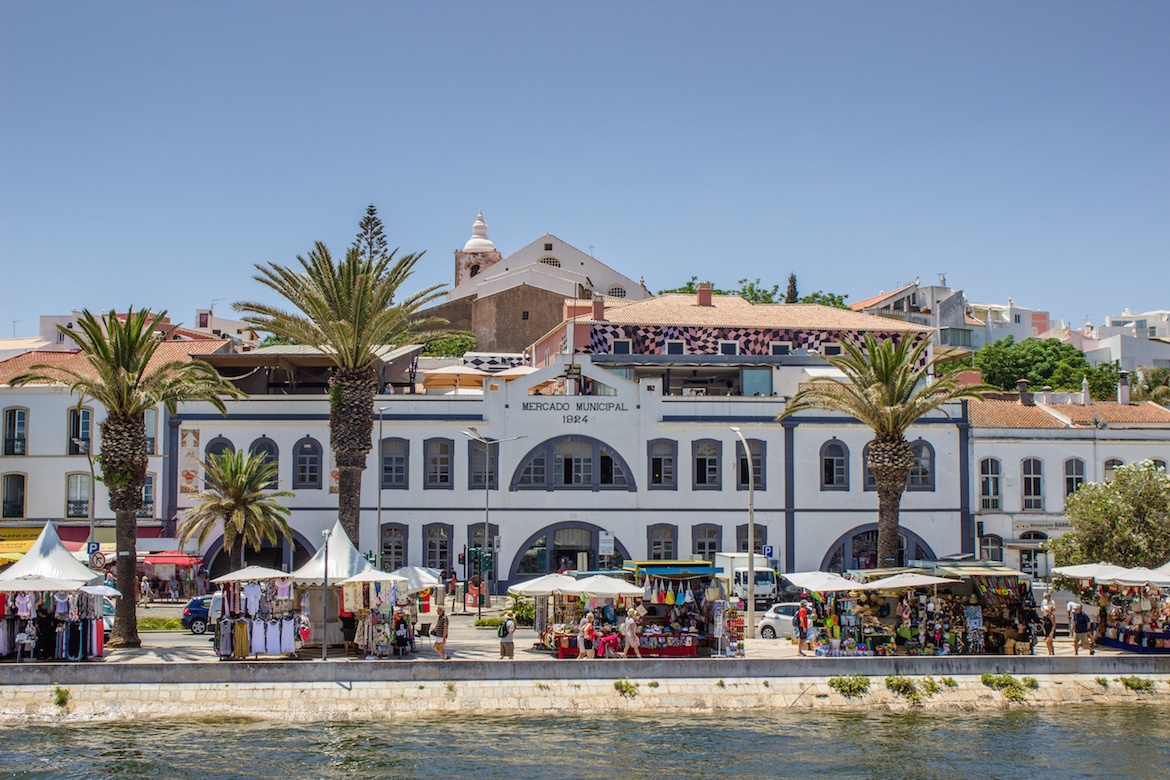 The waterfront in Lagos 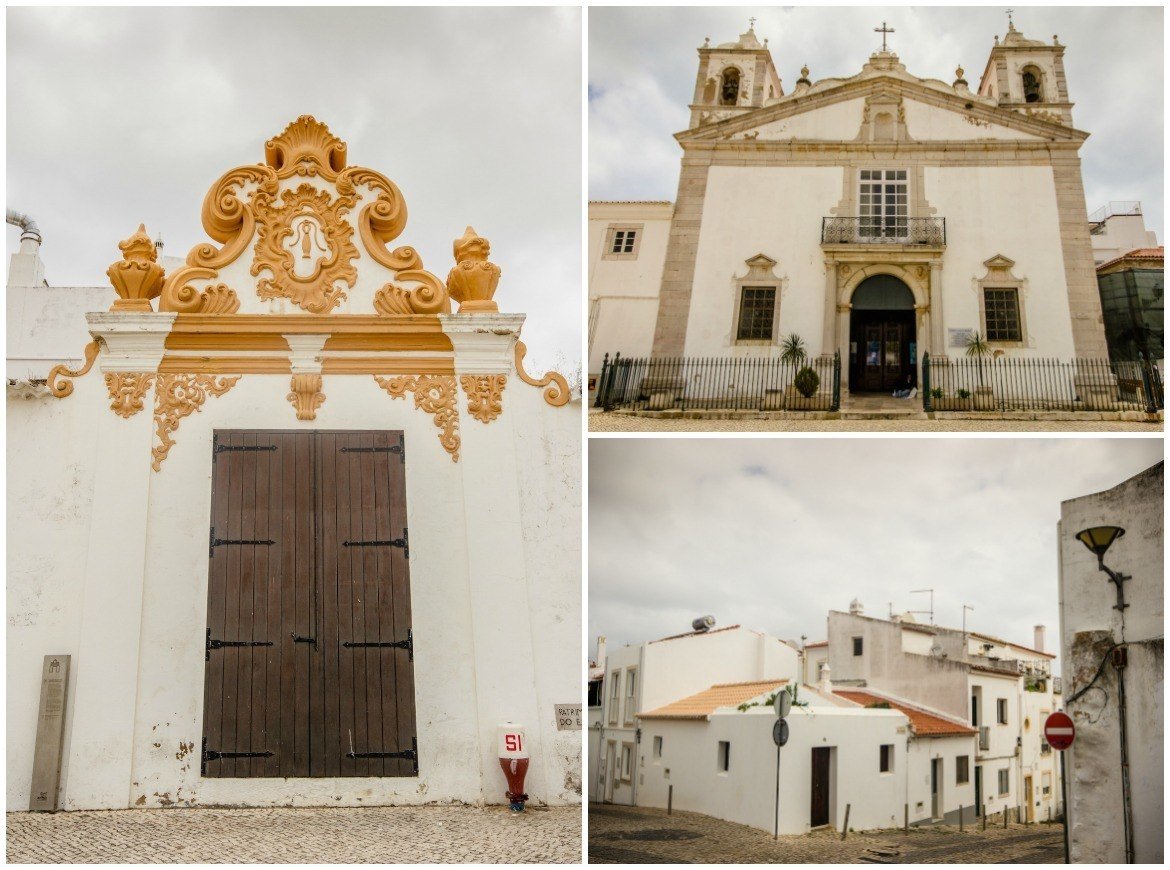 As enjoyable as the historic centre is, most people plan their Lagos holidays around seeing the breathtaking beaches, including Ponta da Piedade. 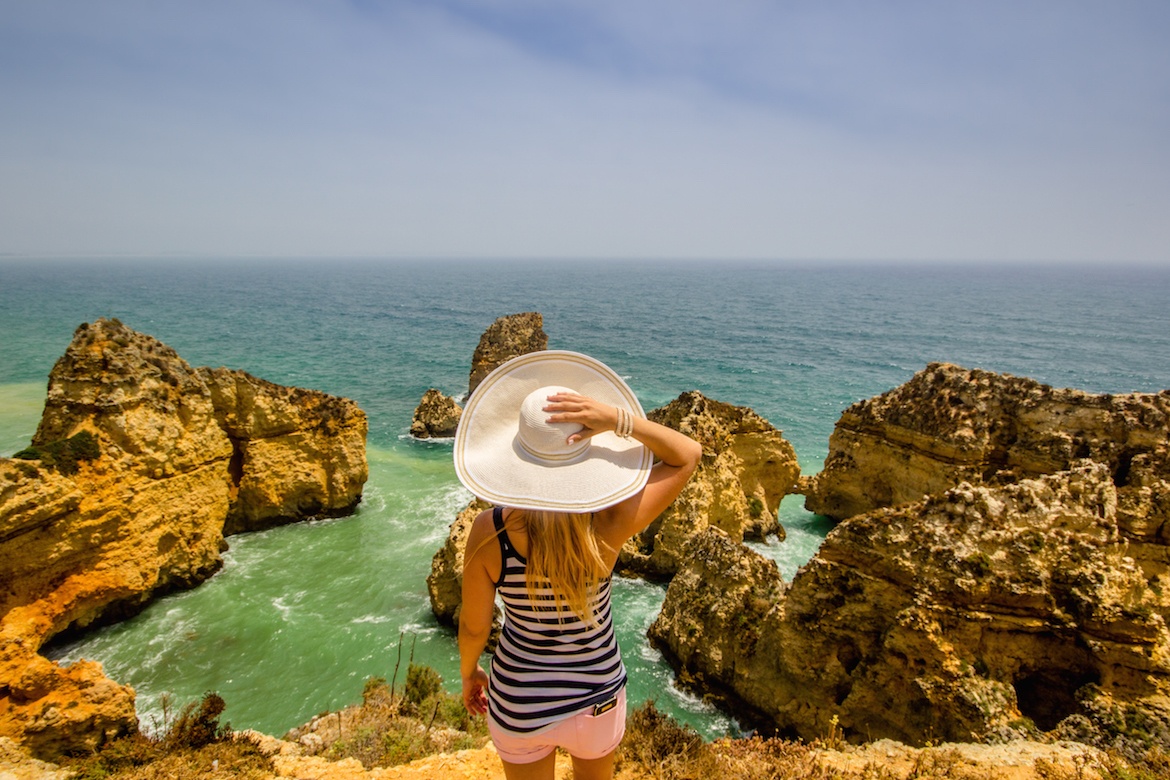 Strata rock formations hug the shoreline, where strong winds have formed natural archways and tunnels that perfectly frame the ocean’s azure hues. The shimmering sands below prove impossible to resist, luring visitors to soak up the sun on beaches dotted with multi-coloured umbrellas, where young families and blissful honeymooners frolic in the surf.

The dusty trails which link the beaches and wind along the bluffs above are a delight to explore, granting panoramic views of the coastline which seems to stretch on forever. 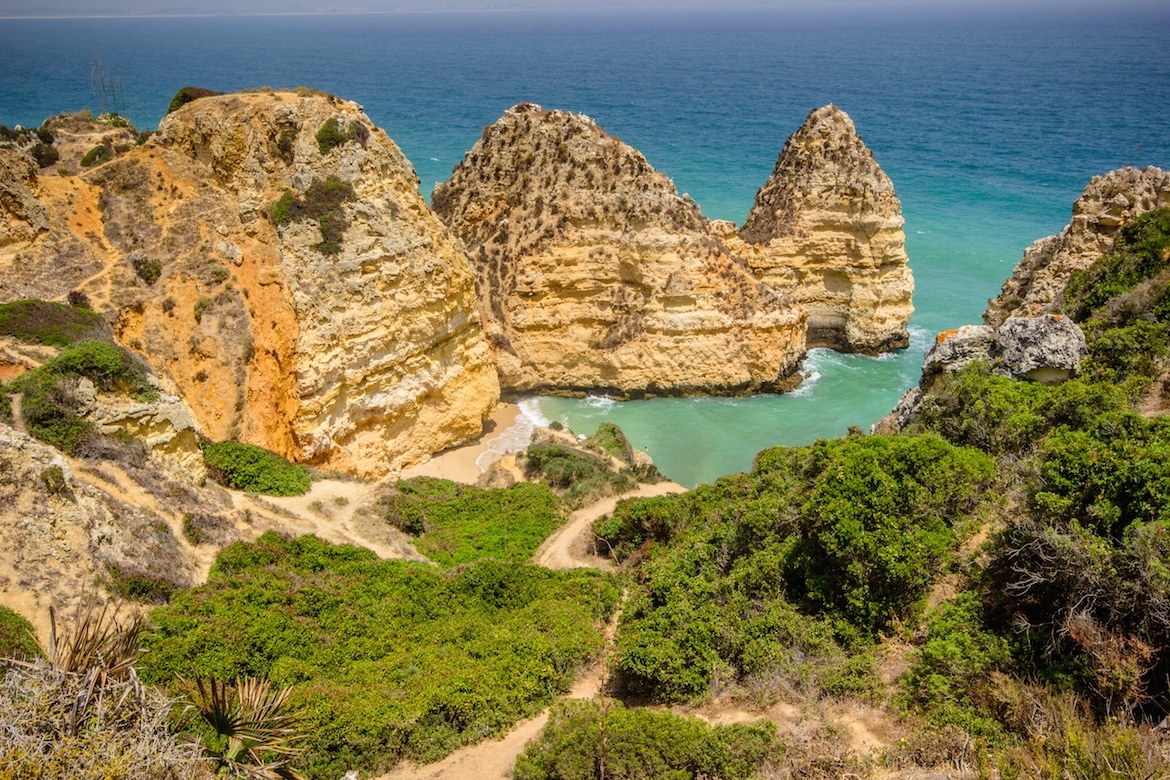 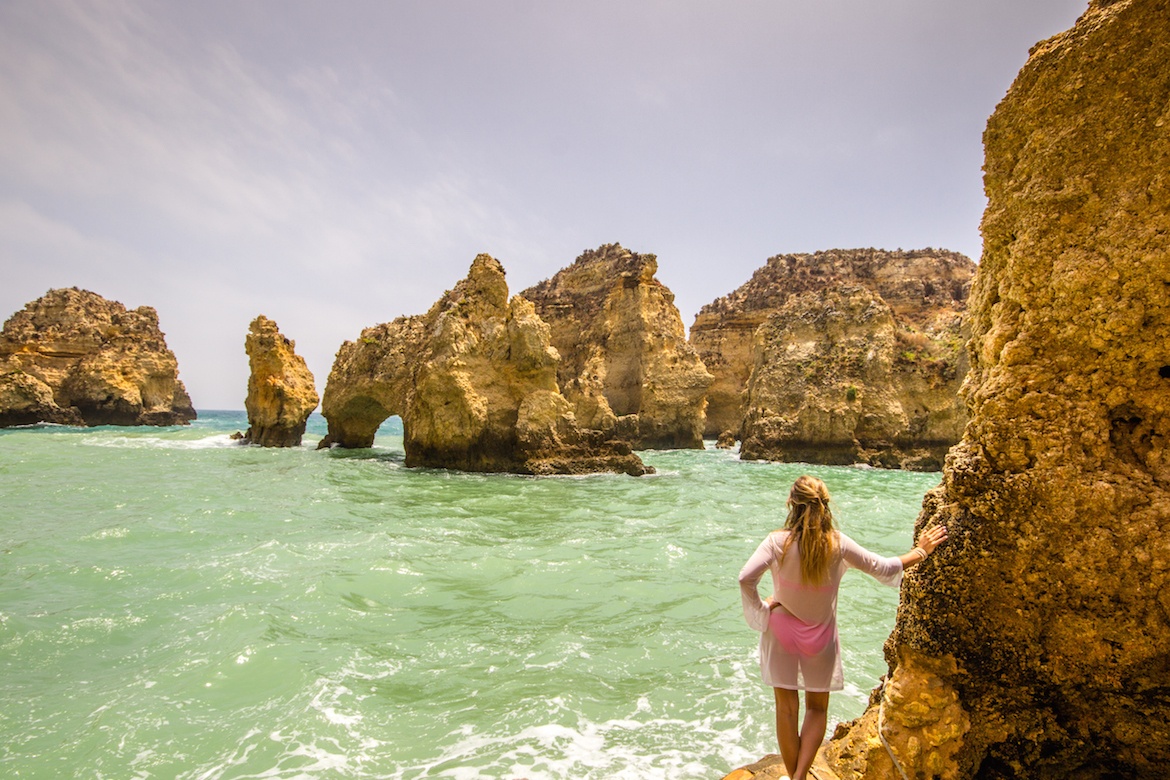 There are ample facilities, including a well-priced restaurant we grabbed ice cold beers from before spreading out our towels to relax. Dona Ana truly has it all, and at the first sight of the multi-toned water it’s easy to see why it’s one of the most beautiful things to see in Lagos. 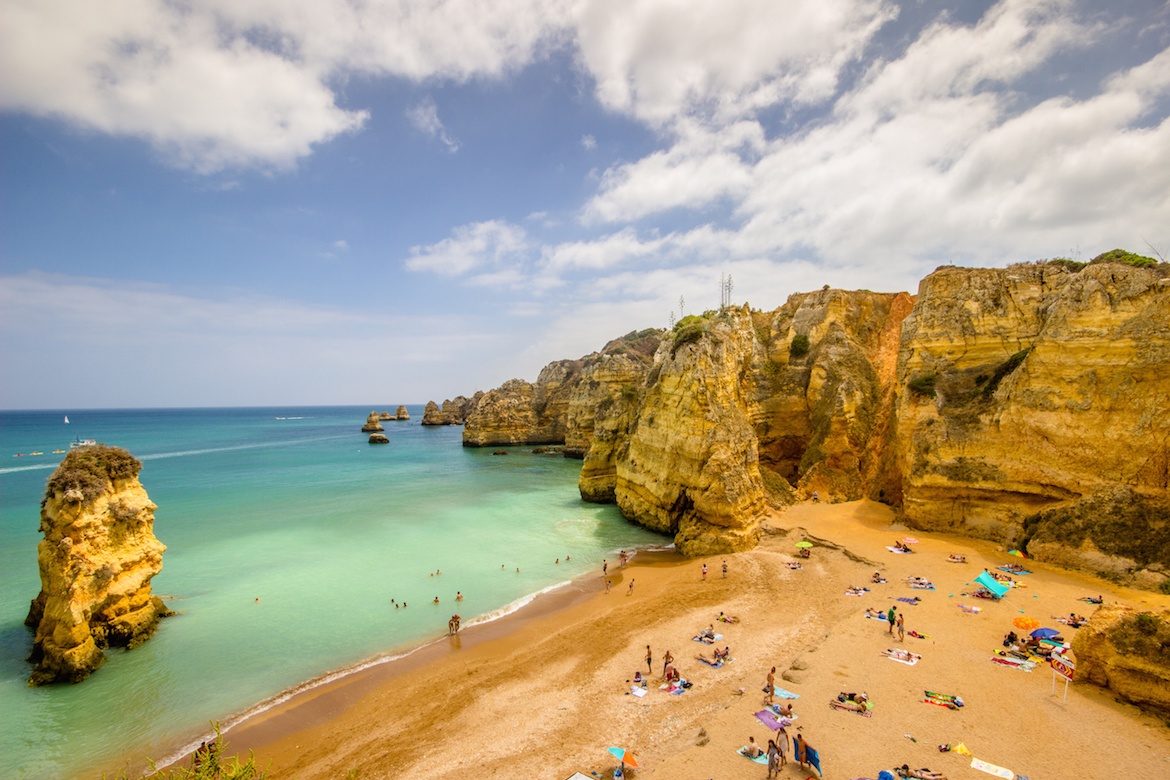 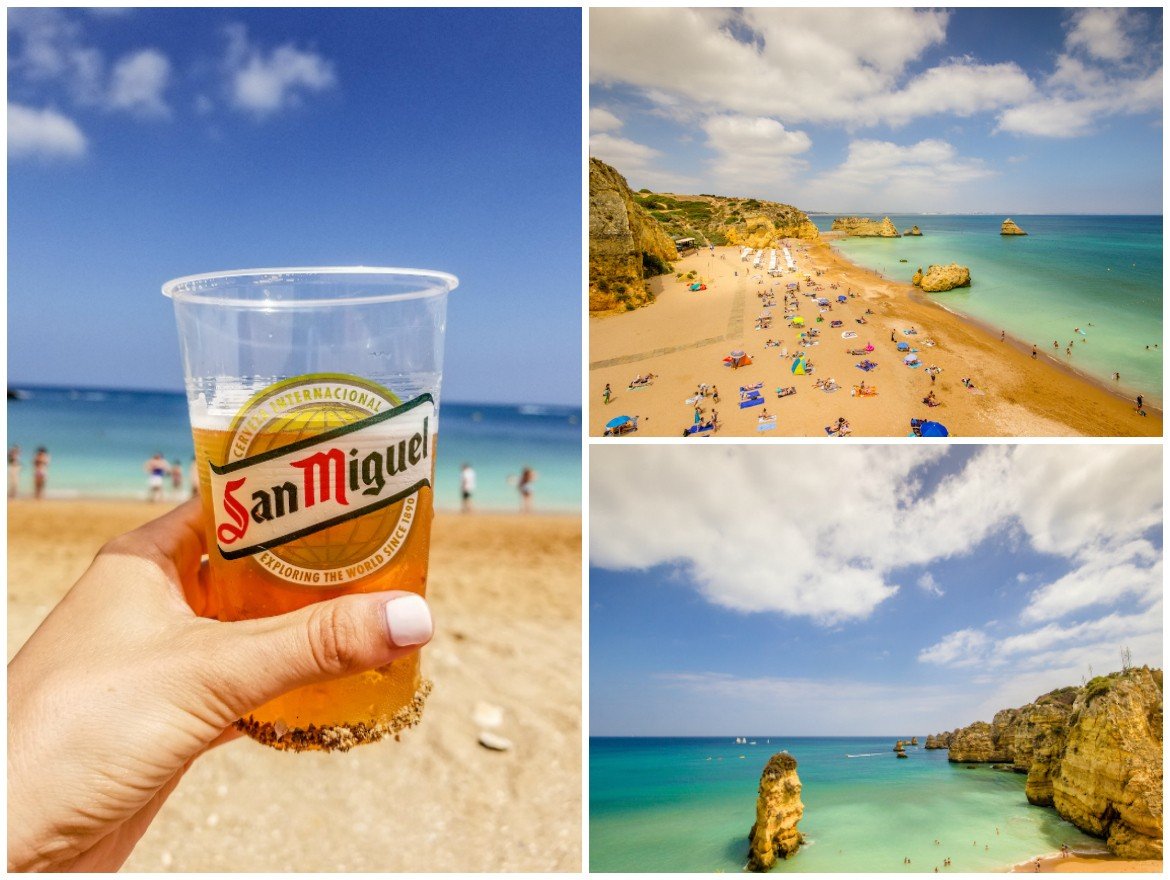 Its neighbour Praia do Camilo is nothing to scoff at either, and is one of the more lively Lagos beaches. Also accessed by a long staircase, sun-seekers are deposited onto a sheltered beach surrounded by the towering, glowing cliffside. The sand is actually separated by a natural tunnel, making it feel like you’ve found a secret beach.

Just beyond the shoreline, boats and kayakers zip by enjoying a different perspective of the scenery, which is mesmerizing from all angles.

Check out this guide to Algarve beyond the beach, for more fun things to do in the area 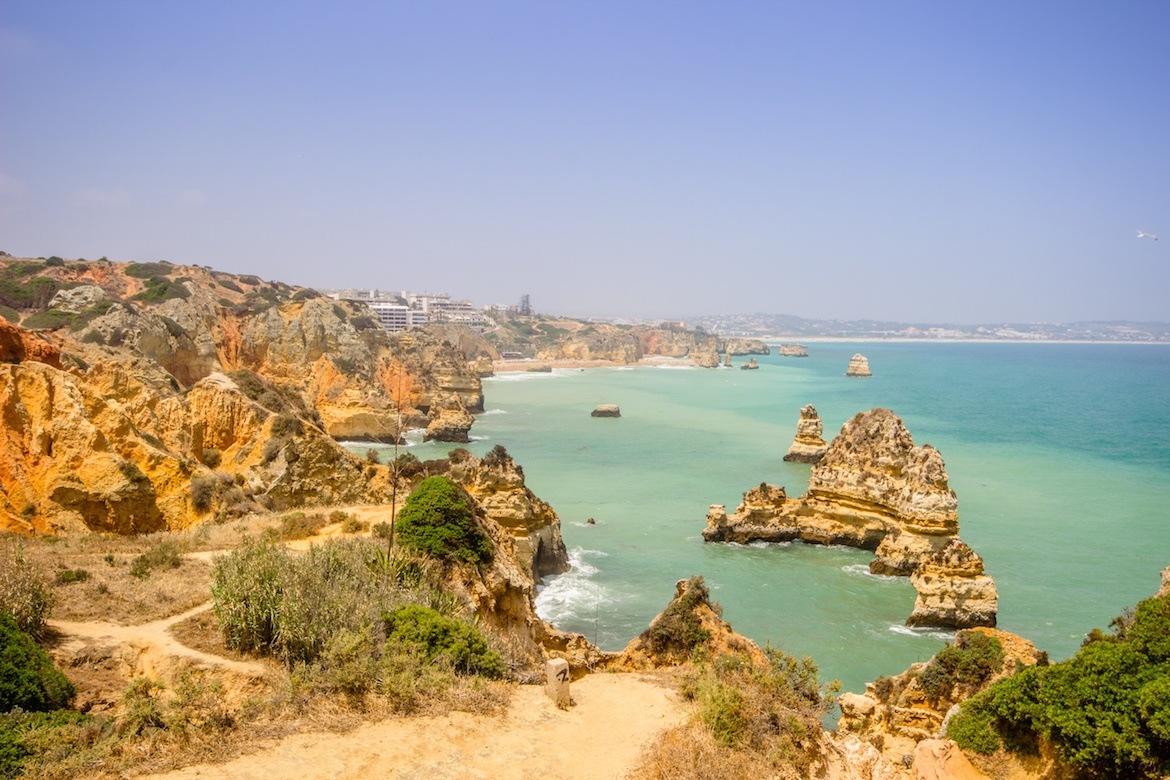 Looking down at Camillo Beach 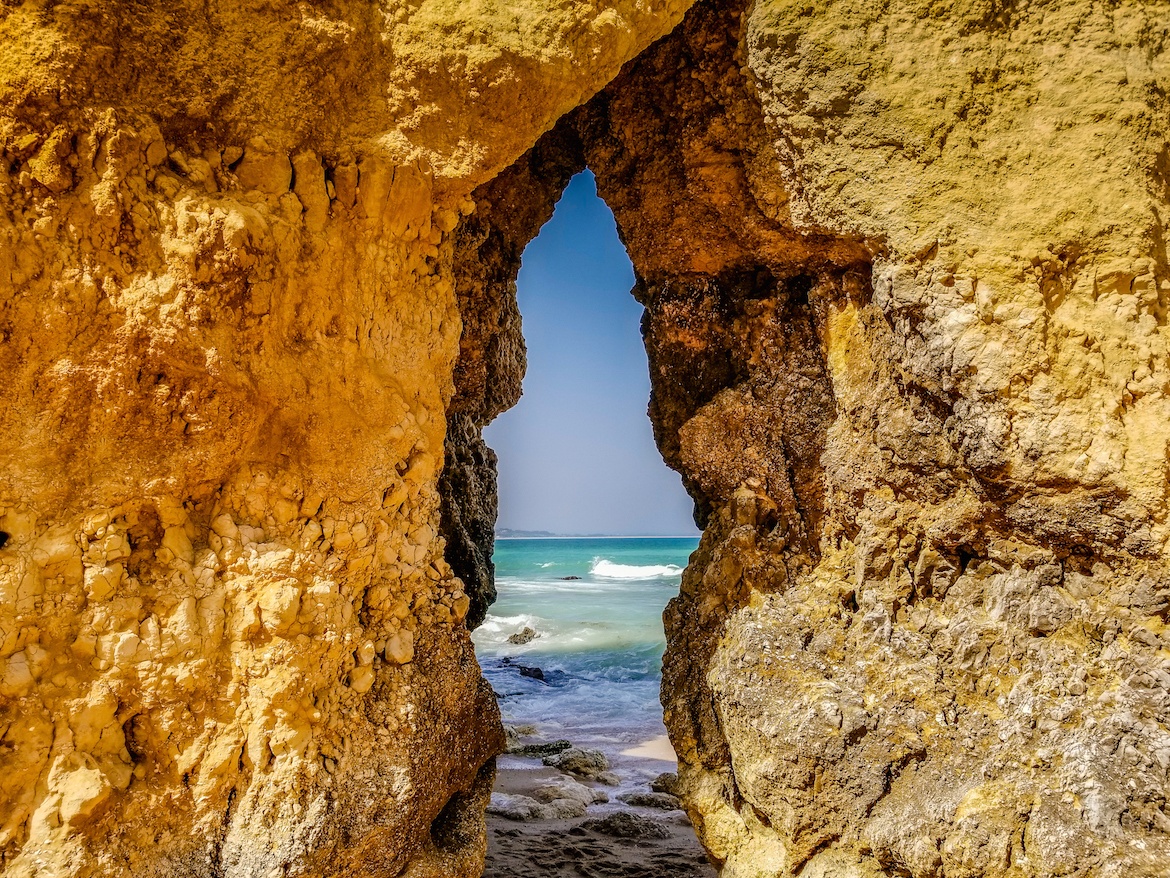 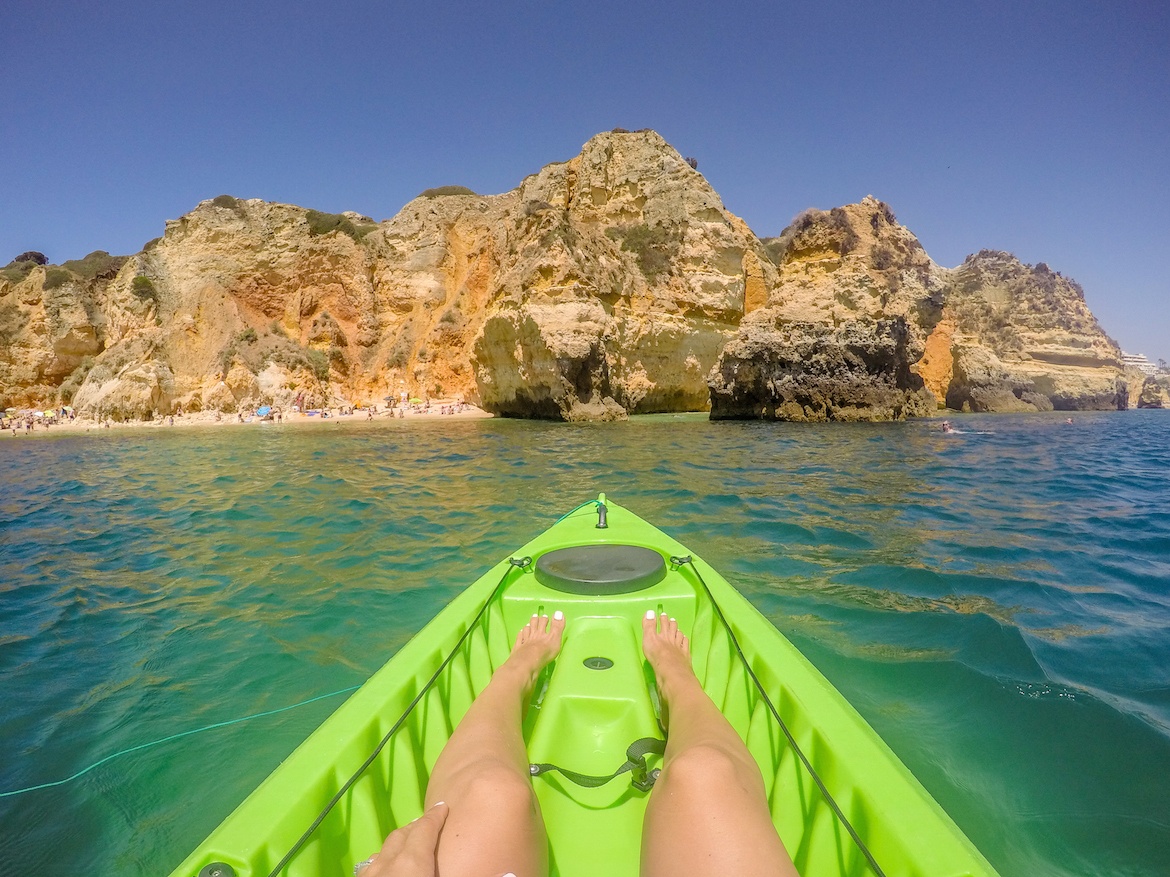 Kayaking around the rock formations 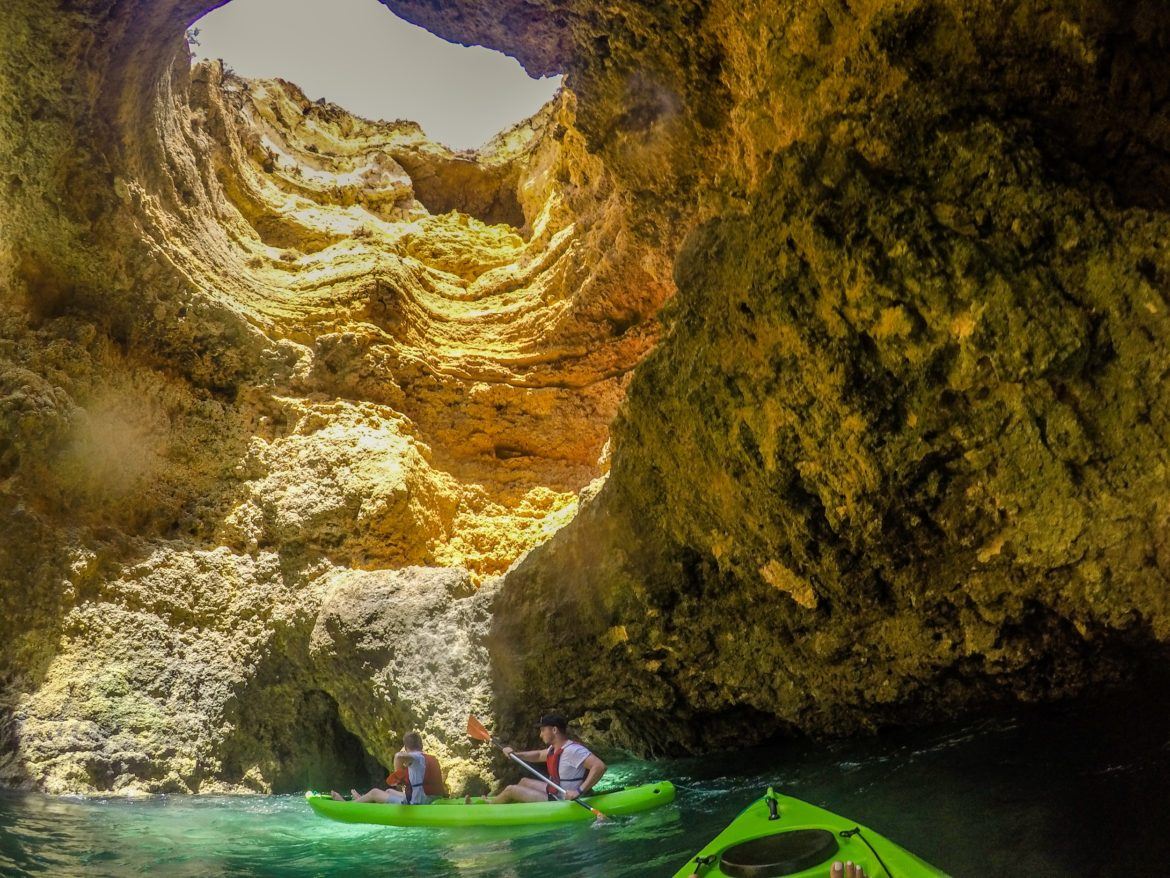 Our final stop in lovely Lagos was Praia do Porto Mos. Perched on a part of the coastline that juts out into the ocean, it’s one of the area’s most accessible beaches with plenty of parking and a ramp that makes it easy to push strollers and wheelchairs onto the sand.

The views aren’t as dramatic as Dona Ana and Camillo, but what it lacks in scenery it makes up for in space as it’s not as busy as the other two and has a much longer shoreline. 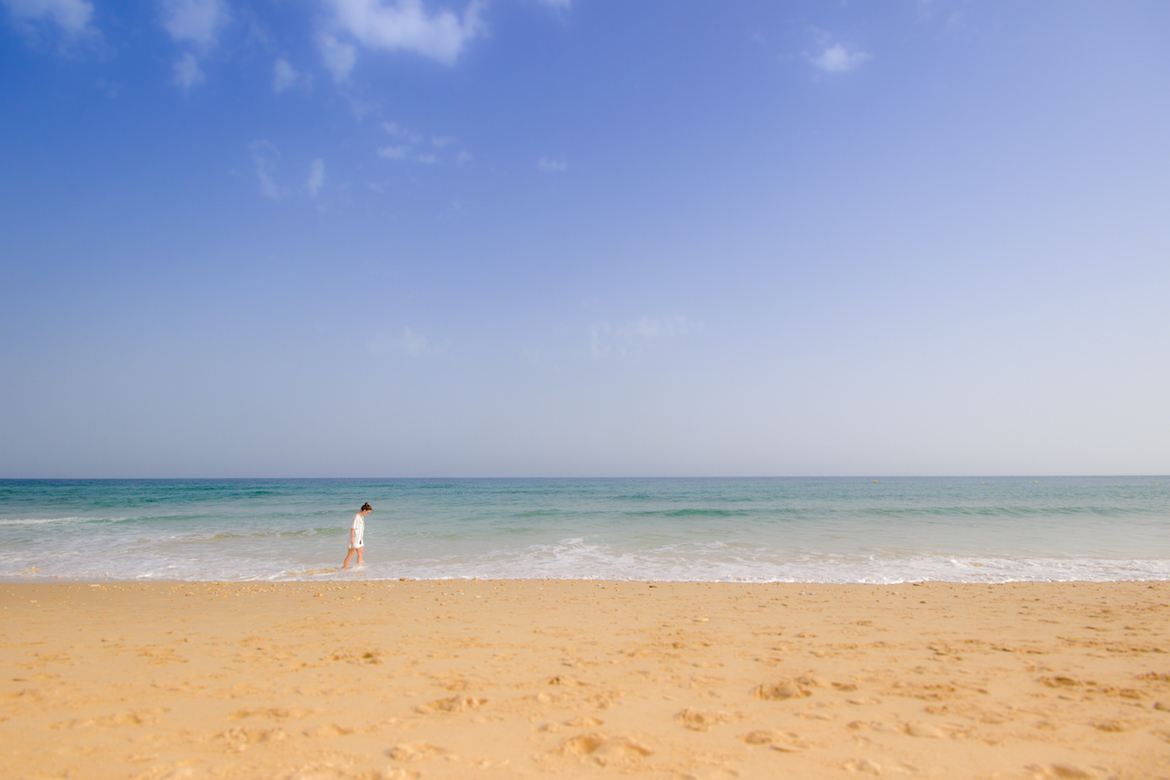 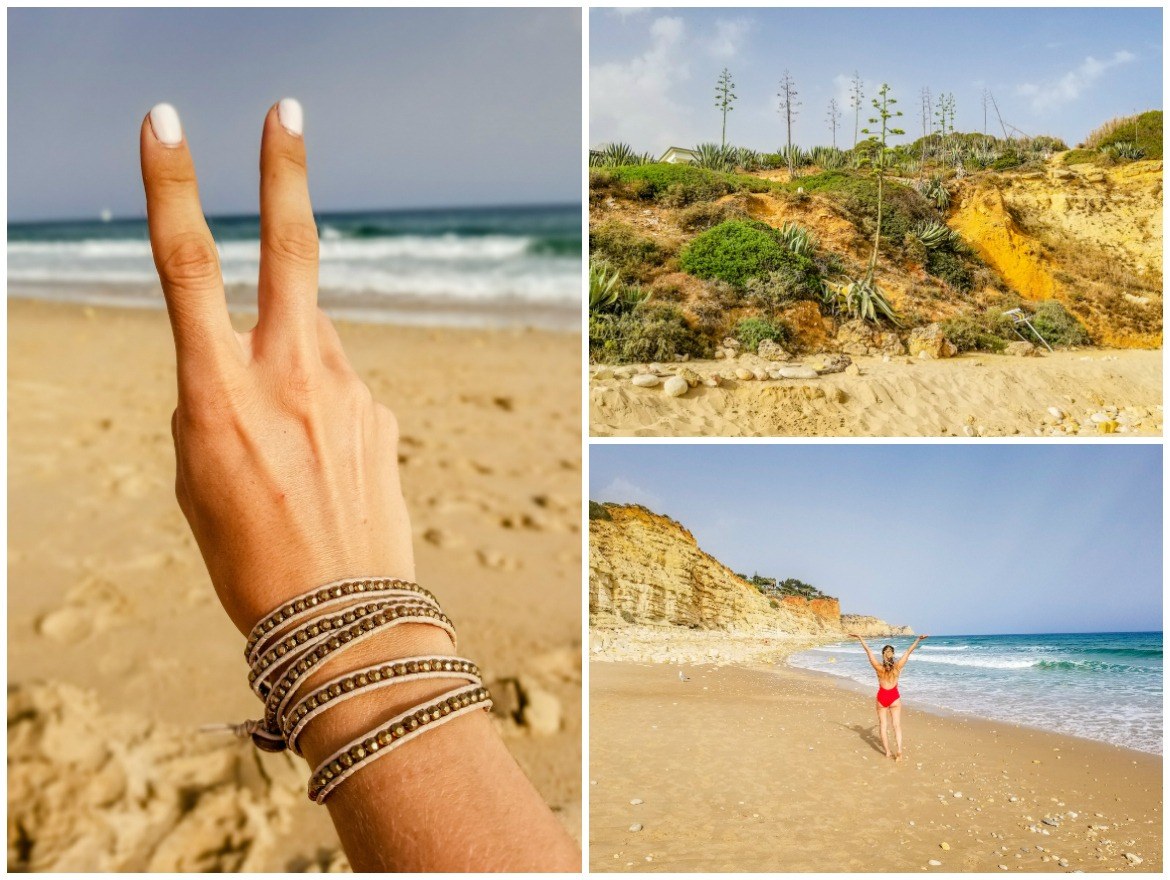 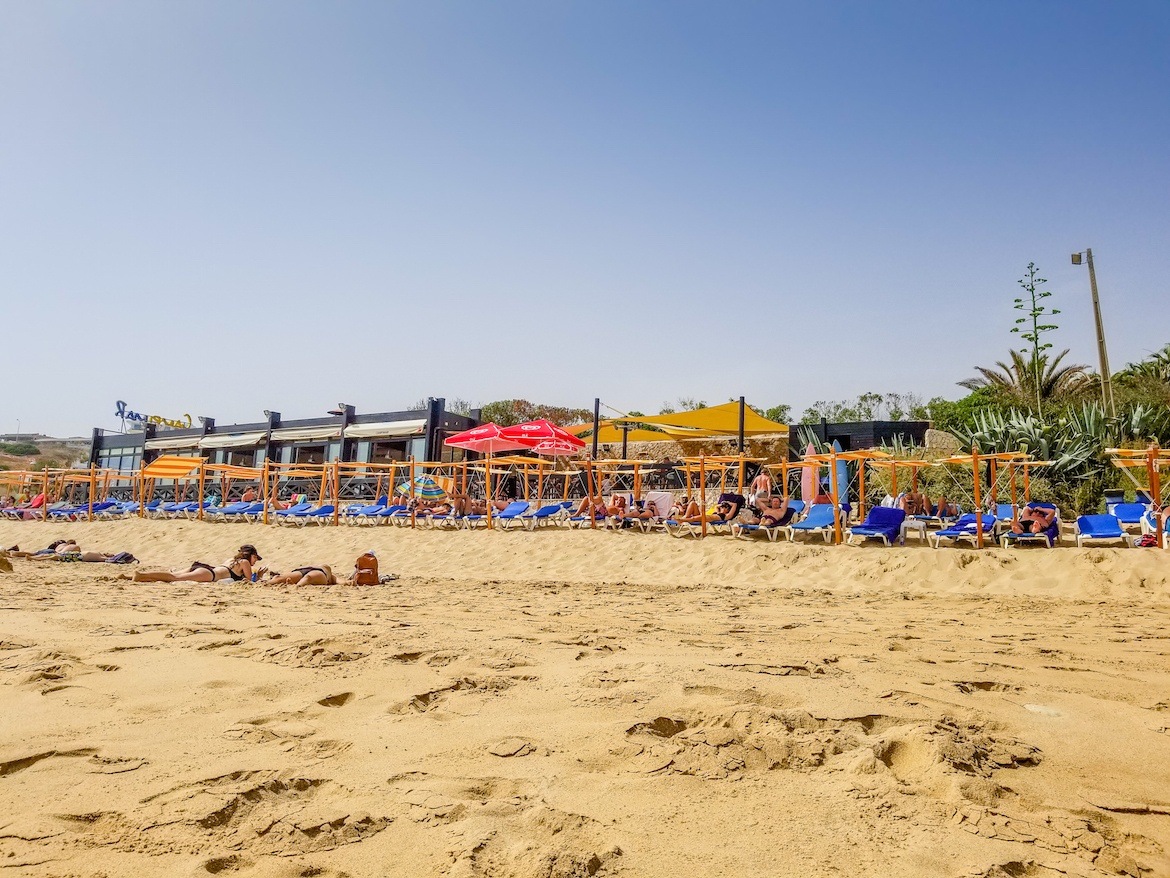 So, after days of exploration, evenings spent watching the silhouettes of palm trees swaying against a purple sunset, and years of yearning, it was time to begrudgingly pack up the car and watch Lagos disappear out the rearview mirror as we hit the highway to our next destination.

It hasn’t escaped my mind since. 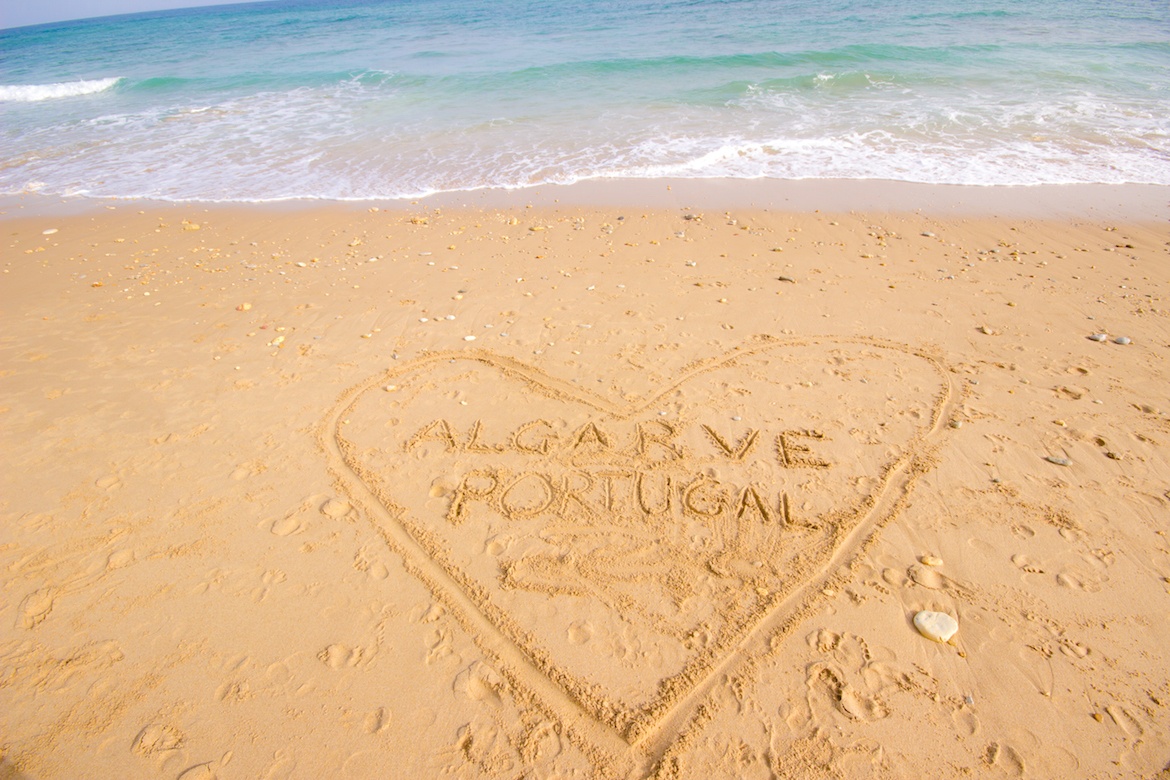 Booking a guided tour is an easy way to see the top Lagos attractions, and include things like sea kayaking, surfing lessons and even paragliding over the glittering ocean:

Explore the best places in the Algarve, by booking one of these tours along the coastline, the popular Benagil Sea Cave or the picturesque villages of Sagres and Cape St. Vincent: 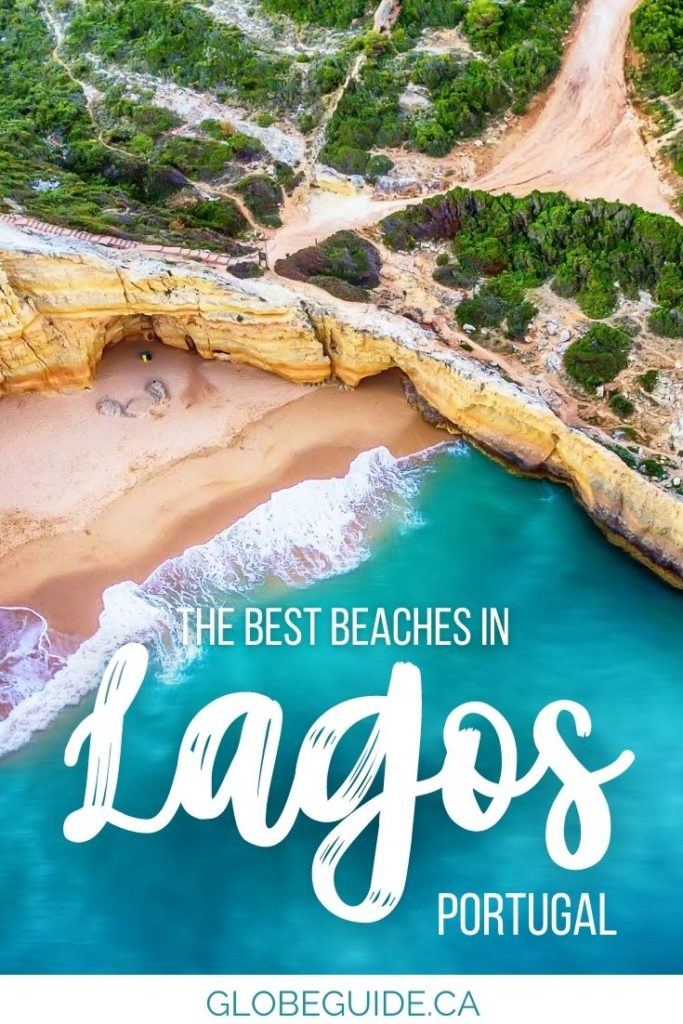 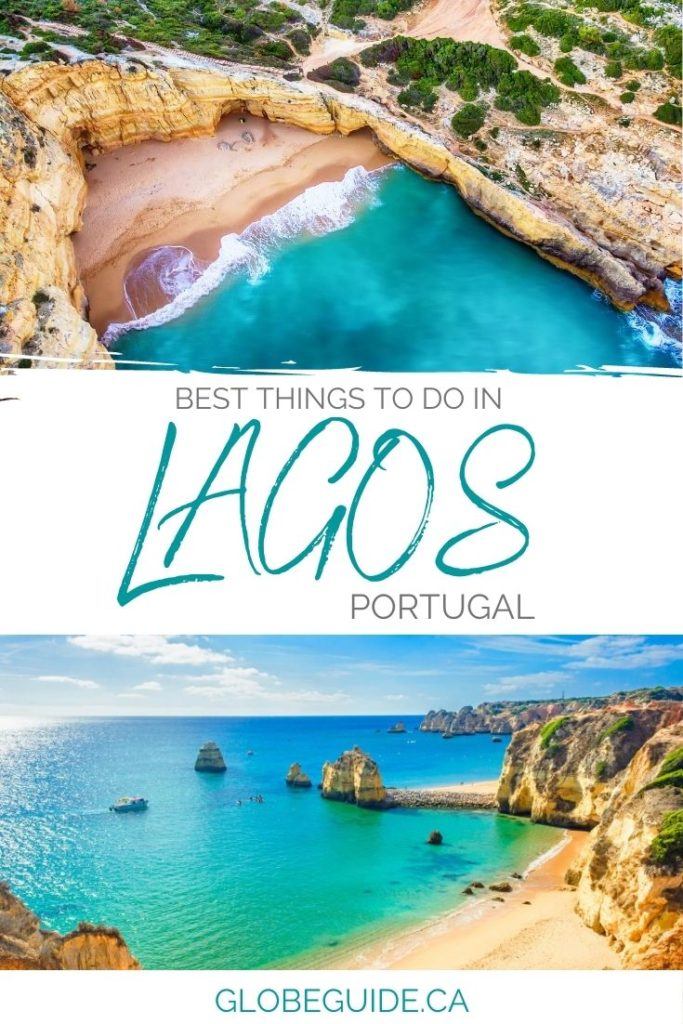 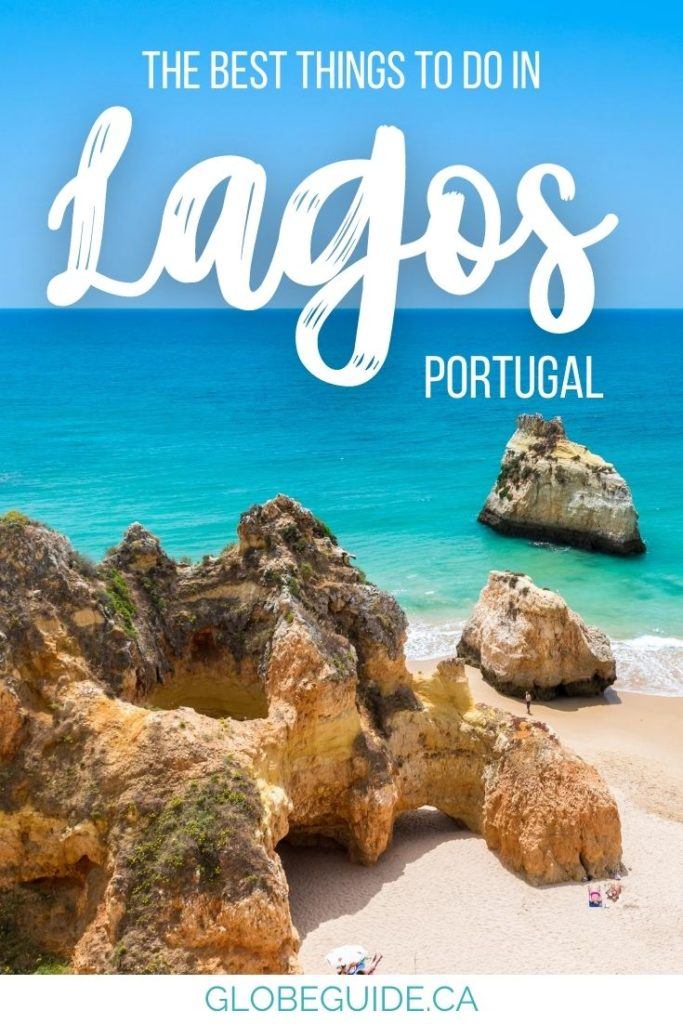