10 tips for travelling to Europe for the first time 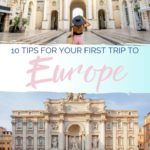 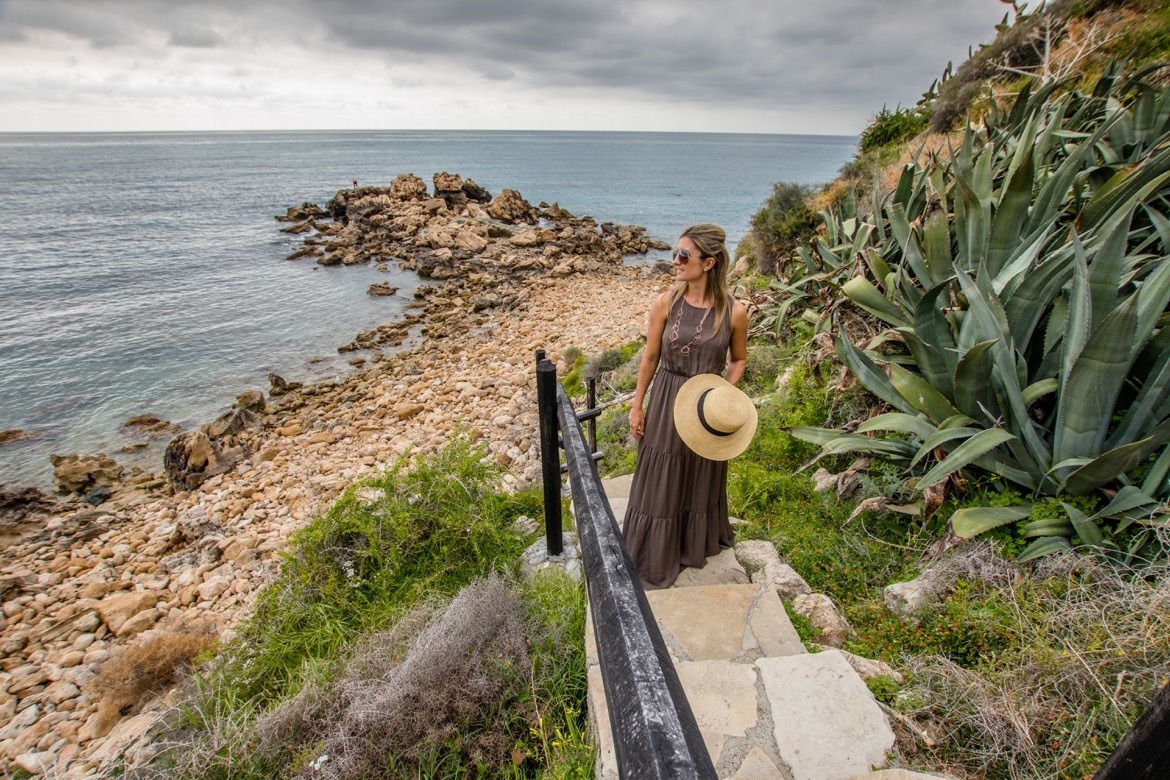 The first ‘big trip’ I took was travelling to Europe for the first time when I was 20 years old, and it was a doozie: eight countries in seven weeks, crisscrossing the continent by plane, trains and even a yacht. I packed way too much in, decimated my bank account, got lost on an island in Greece and was even locked in a shower in Spain…and I still don’t think I would have changed a single thing about my epic Europe backpacking trip.

Fast forward more years than I’d like to admit, and I’ve honestly lost count of how many times I’ve been back to my favourite continent. Road trips through the Balkans, Portugal, Switzerland and Ireland, visiting the Christmas markets, and a fantastic Scandinavian cruise around the Baltic Sea have opened my eyes to the diversity of all those countries, and taught me a few tricks that would have been helpful to know before my first time in Europe.

From advice for solo adventurers to money-saving methods, here are 10 tips for traveling to Europe for the first time. 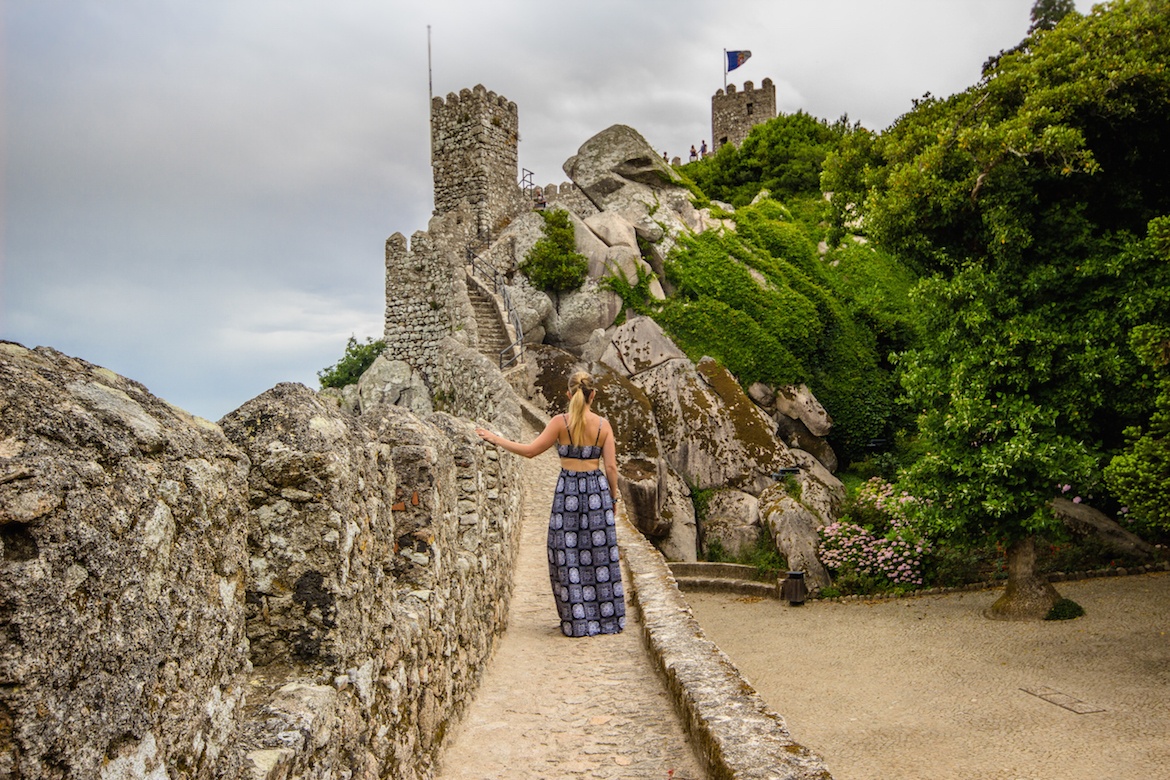 1) You will get ABC’d while backpacking across Europe

Another Bloody Church. Another Bloody Castle. Get the picture? If you’re trying to hit all the main sights on your bucket list—especially in a short period of time—you’ll likely get fatigued at the sight of yet another monument. I know, first world problems right? 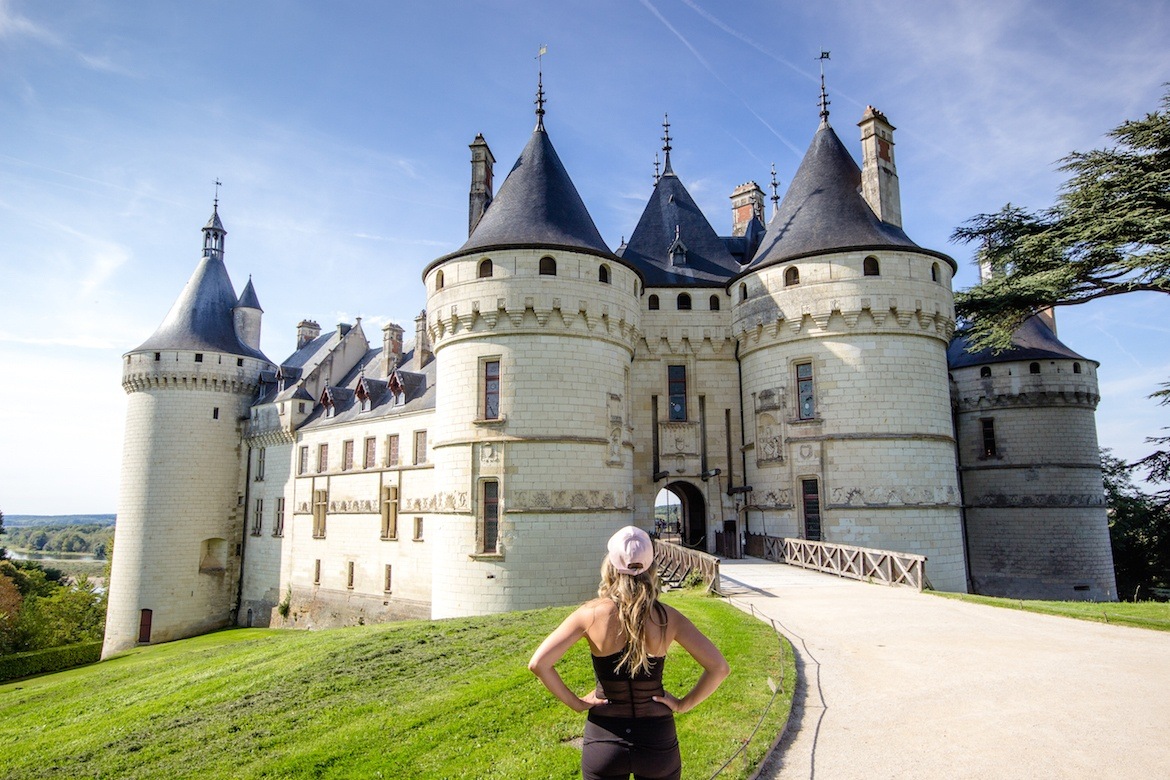 So if the whole point of your trip is to get a culture kick while still having fun, try to avoid packing your itinerary chock full of historical highlights.

Instead, dedicate one day to taking in the sites, then make sure you leave the day next free to wander around aimlessly, perhaps spending the afternoon people watching at an outdoor café, or taking a boat ride on nearby lake. Your feet will thank you, and you’ll actually appreciate the scenery you travelled all that way to take in instead of being soooo over it. 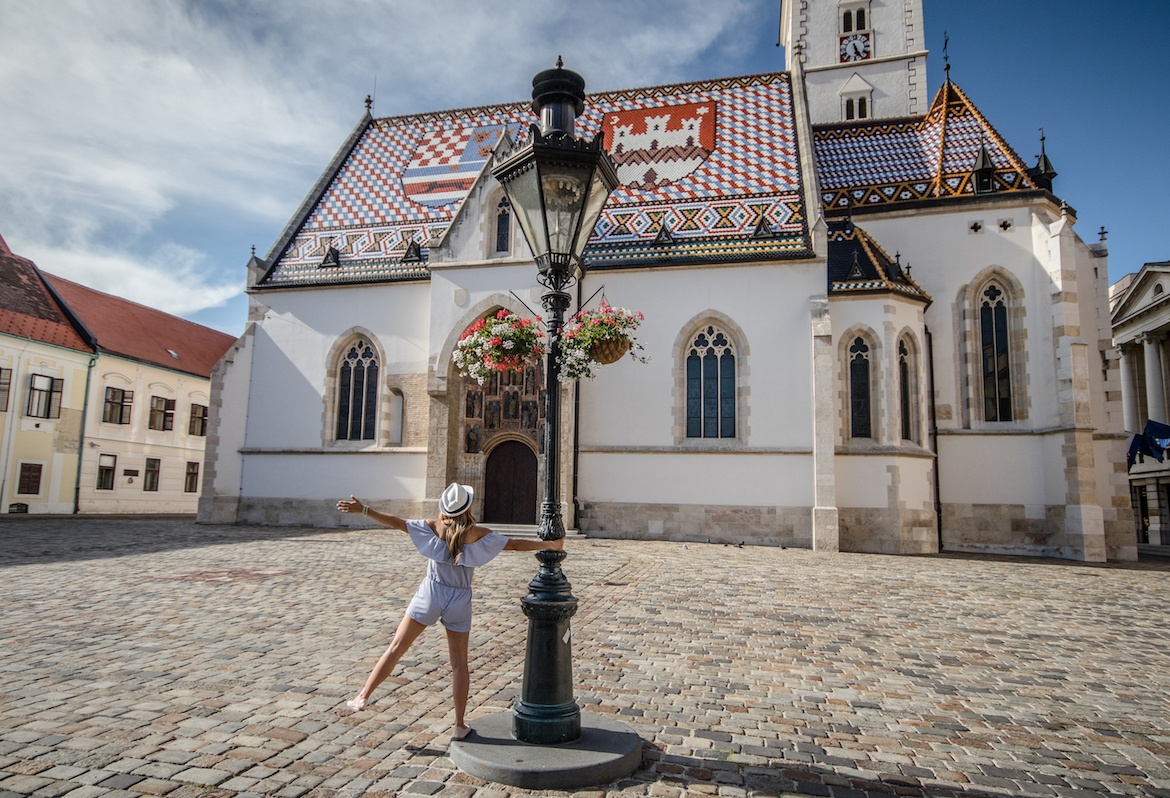 Half the fun of visiting Europe for the first time is getting to make lifelong friends…or at least meeting people you can DM if you randomly find yourself in, say, Denmark seven years later and need a couch to crash on.

The easiest way to do that is booking a room at a hostel, where you’ll be forced to talk to other people. This is especially important if you’re travelling solo, since a night at the pub is always more fun when you have someone to cheers with. You might be surprised by how friendly everyone is while on the road, and could even pick up some tips about another town worth heading to or a great restaurant. In Belgium, a fellow traveller even gifted me a $95 train ticket he couldn’t use—score! 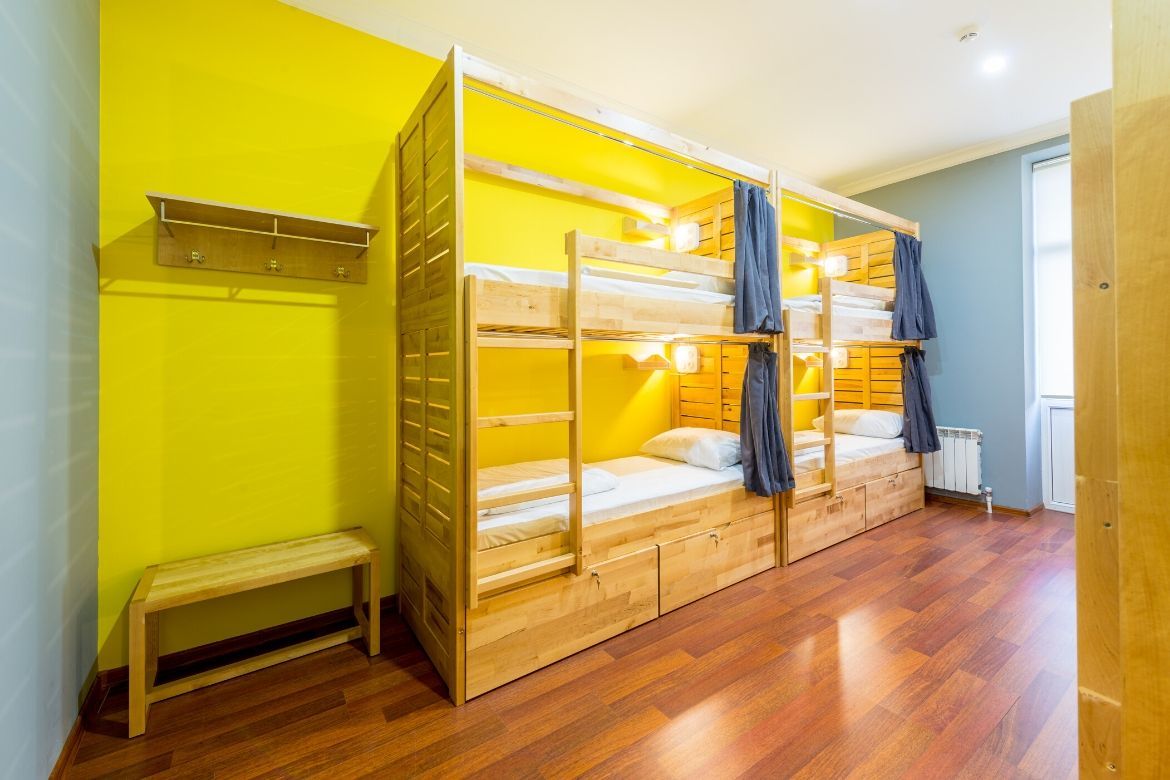 3) Embrace the languages…all 247 of them

OK, so it’s not realistic to learn all 24 official languages in Europe before heading over—or the more than 200 spoken on the continent—but it will sure be handy if you can nail down some of the basics for wherever you’re going.

Halfway through my summer of traveling to Europe for the first time, I found myself in a gift shop in Austria and was legit confused about where I even was. In fact, by the time I left the store I realized I’d said ‘Hello’ in English, ‘No thanks’ in French, ‘Yes’ in German and ‘Bye’ in Spanish. The shopkeeper must have thought I was nuts! 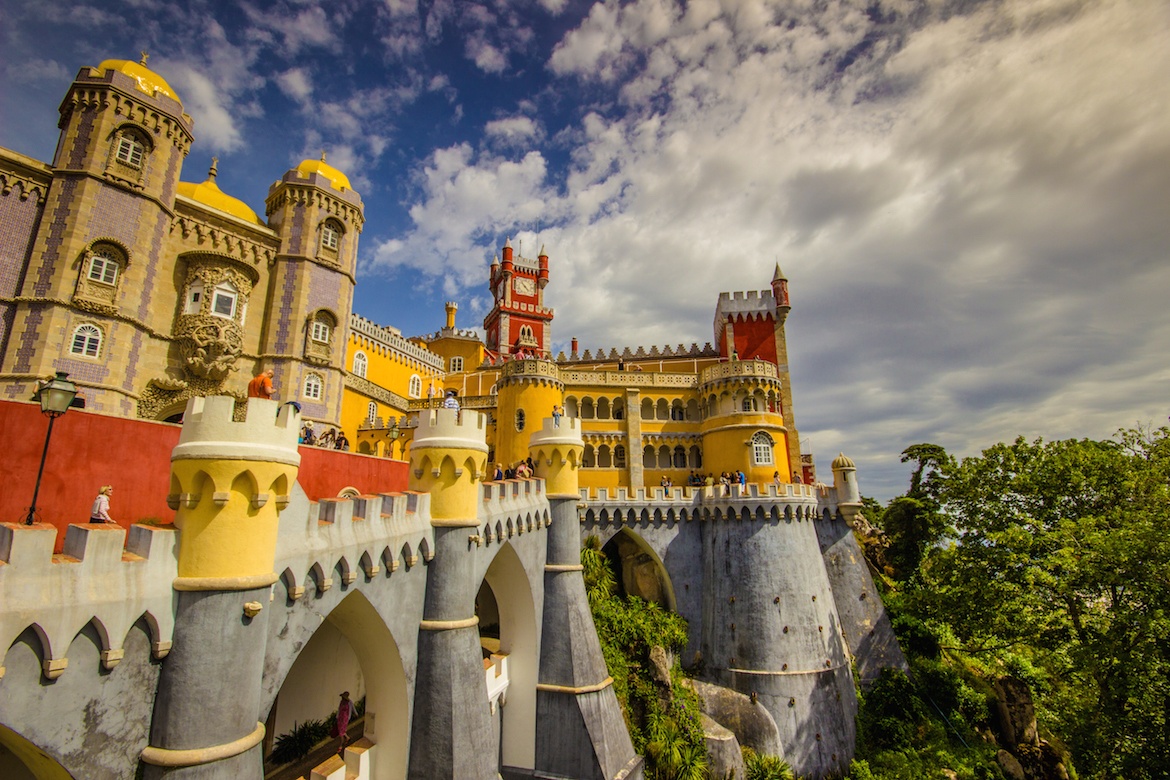 Regardless, the locals will appreciate you at least attempting to communicate with them in their native tongue, so try to think allll the way back to junior high French class when you’re trying to order a latte at that quaint outdoor café in Paris. Chances are the waiter will still be surly, but at least you tried.

4) Wine is cheaper than water

Yes, you read that right. Expect to pony up a few euros for ‘tafelwasser’ in places like Germany, while a glass of crisp Riesling will only set you back around €2.

Embrace the sweet savings at the beginning of your trip, then be sure to cart around a reusable water bottle like this the rest of the time. Hydration is key while backpacking around Europe, my friends. 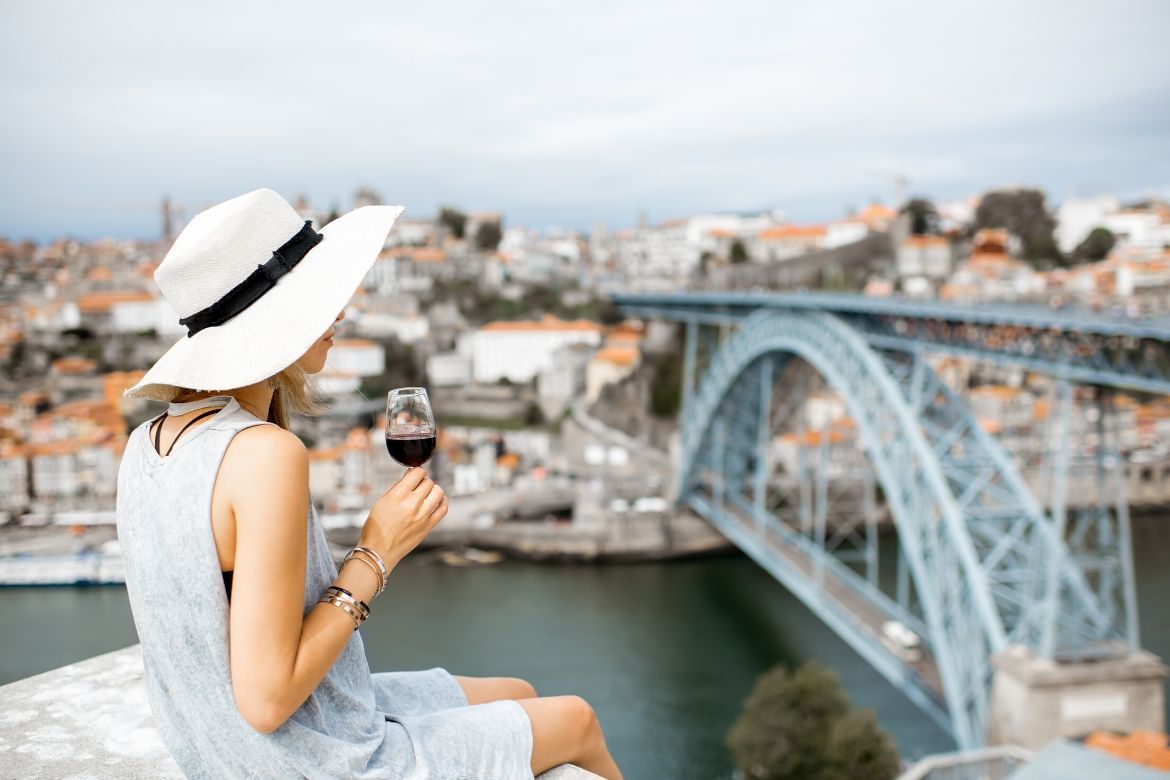 Travelling through an Italian city like Milan, or the beautiful Tuscany countryside? You might be wise to come up with a Plan B if you have a full itinerary booked, because Italians are infamous for randomly going on strike.

Shortly before I arrived in Rome, cab drivers decided to strike for a day making it pretty tough for anyone to get to the airport. I also know a group who encountered a similar problem when all of the trains got shut down, and they had to find a way to travel to Rome from Venice in one day. They ended up paying a premium to rent a car, and had quite the time navigating the winding countryside.

Moral of the story? If you’re relying on public transportation for anything, build in extra time. 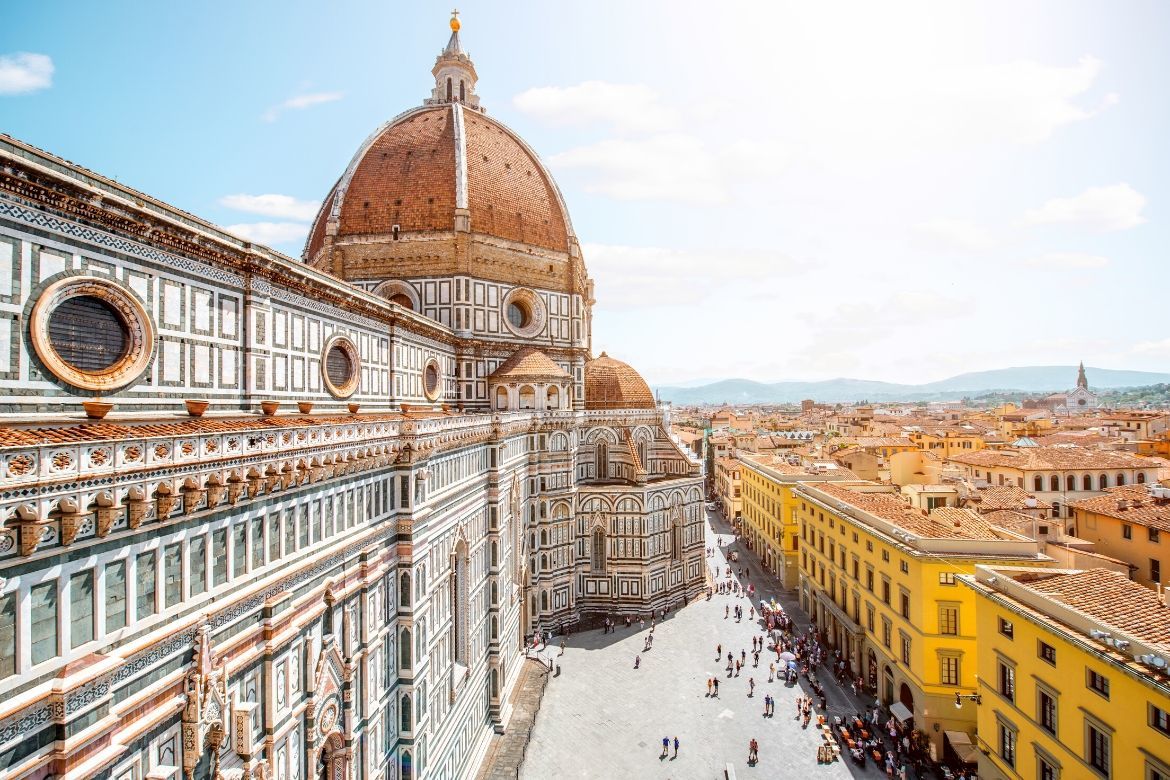 The Duomo in Florence, Italy

Speaking of scenic routes, one of my biggest tips for backpacking in Europe is to take your time. I get it, you want to see EVERYTHING! And that whole other country is just an hour away!

However, while air travel in Europe is incredibly affordable compared to North American flight prices, you can’t properly enjoy the dramatic hills of Montenegro or experience the thrill of Germany’s no-speed-limit Autobahn from 30,000 feet above ground.

While a ride on the rails may take longer, the experience is often worth it, not to mention you won’t have to deal with airport security.

READ MORE: What is the best way to travel around Europe? Comparing transport options 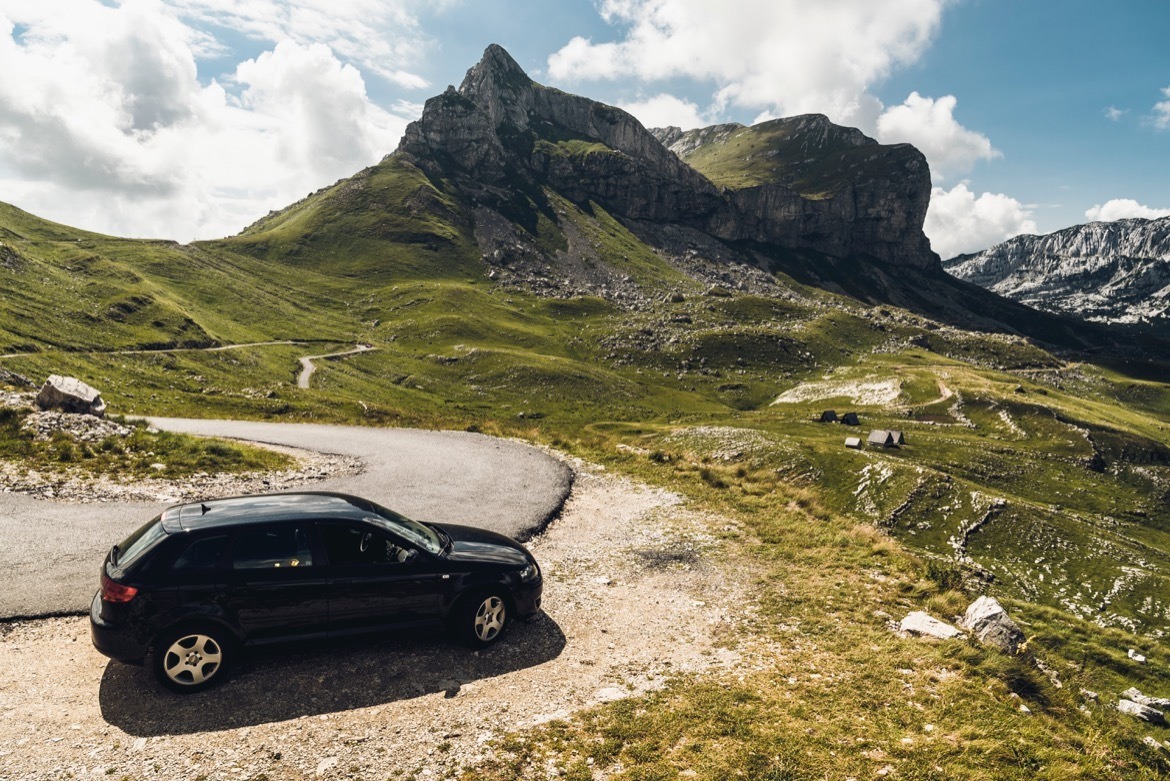 I kicked off my first European backpacking trip in France, and made a total rookie mistake just four days in: I purchased something breakable.

Yup, my friend and I paid a trip to the Champagne region, and just couldn’t bear to leave the Piper-Heidsieck cellars without a bottle of bubbly and six champagne flutes each. That meant spending the next three weeks hauling our fragile goods through airports, bus stations and hostels, before she headed home and managed to pack them all in her carry-on. (Her mom ended up breaking one of the flutes when she finally brought them home, but that’s a story for another day). 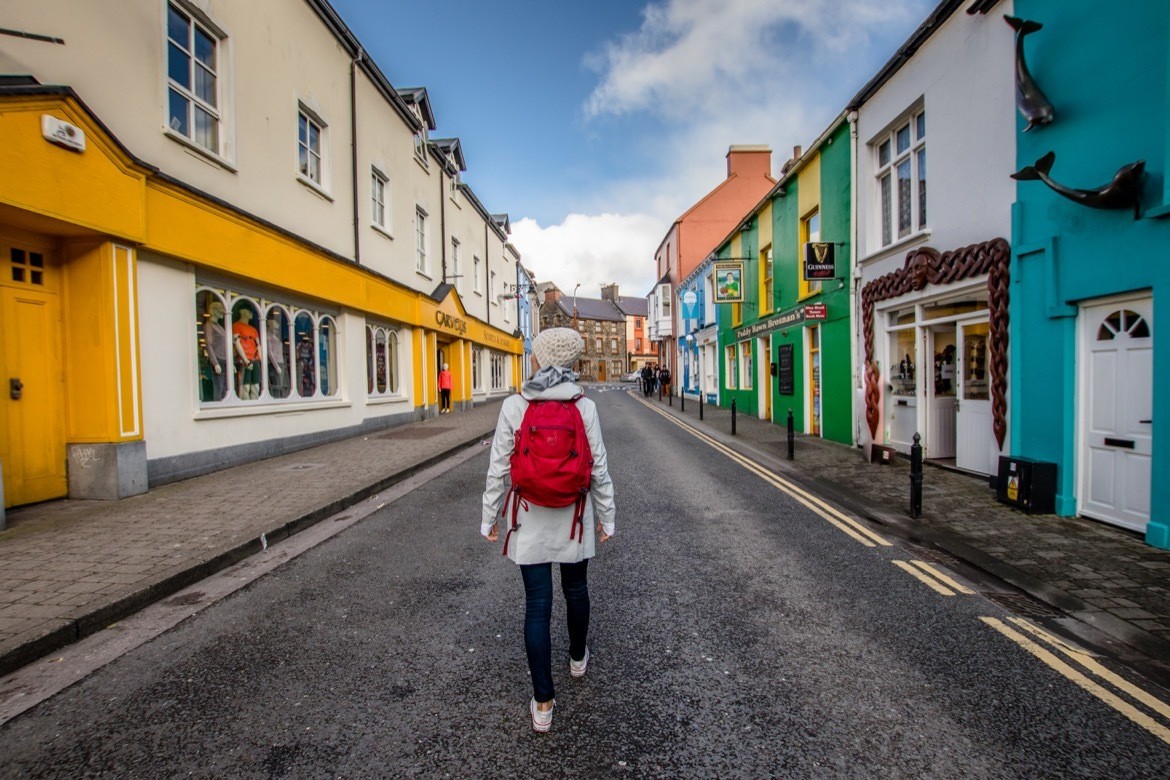 Expect to do a lot of shopping in Europe, whether it’s taking advantage of the great sales, bringing back a bottle of booze you can’t get at home (Absinthe in the Czech Republic, anyone?) or simply packing your suitcase full of souvenirs. It may be worth bringing a collapsable duffel bag or buying a small carry-on to pack everything into, and sending it home halfway through your trip so you’re not hauling extra bags.

One way to combat this: think hard before handing over any cash. About 80 per cent of the stuff I bought during my first time to Europe ended up in some sorry little box at the back of my closet, and hasn’t been seen since. Sorry, Aladdin pants from Turkey. 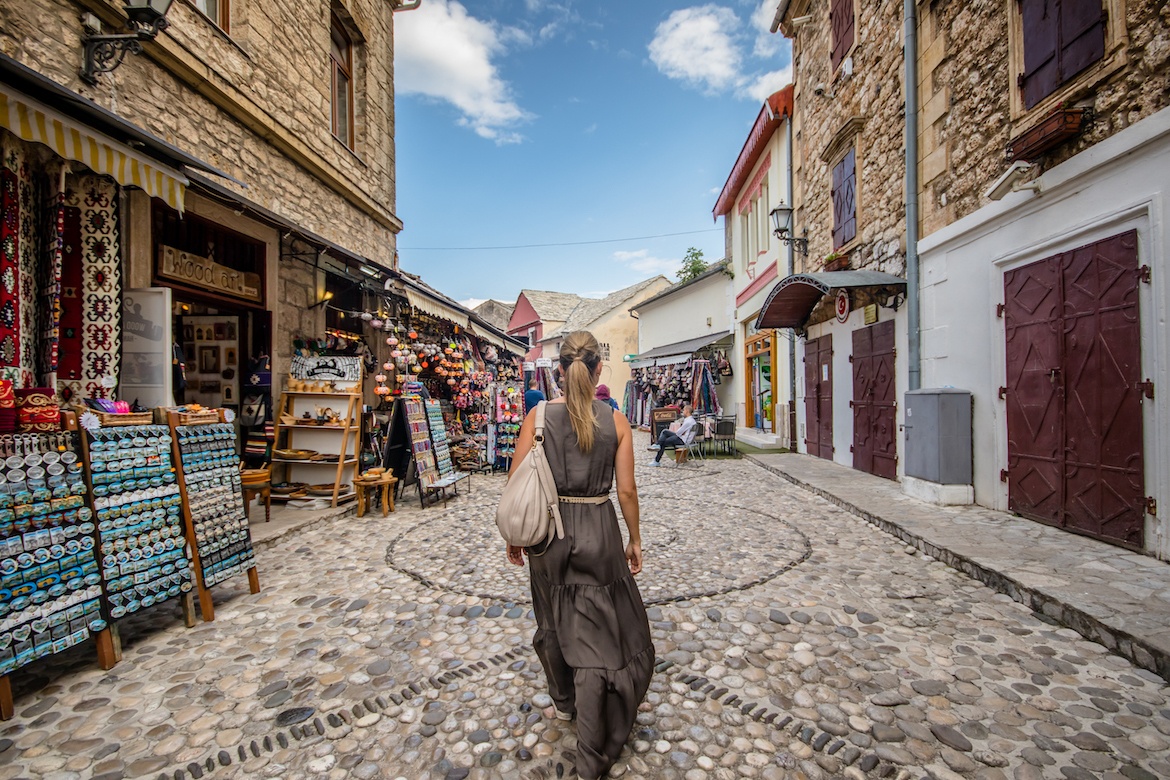 The bazaar in Mostar, Bosnia

Nobody knows the ins-and-outs of a city like the locals, so wouldn’t it make sense to try to pick their brain for tips? This is why I’m a big fan of bed-and-breakfasts or hostels as opposed to staying in a big brand hotel, since you’ll usually get some one-on-one time with the owner.

These guys know which buses to take, the best places to eat, and can even get you special access to sites. The owner of the place we stayed at in Rome surprised us one morning with tickets to the weekly papal address, which he got from “the guy in a window around the corner from the Vatican.” Suffice it to say that getting passes straight from our pal Lucca was a lot easier than standing in line for hours in St. Peter’s Square, which is usually what you have to do to get your hands on tickets.

Another trick is to take part in the free walking tours on offer in many major cities. You’ll at least get the lay of the land, if nothing else. 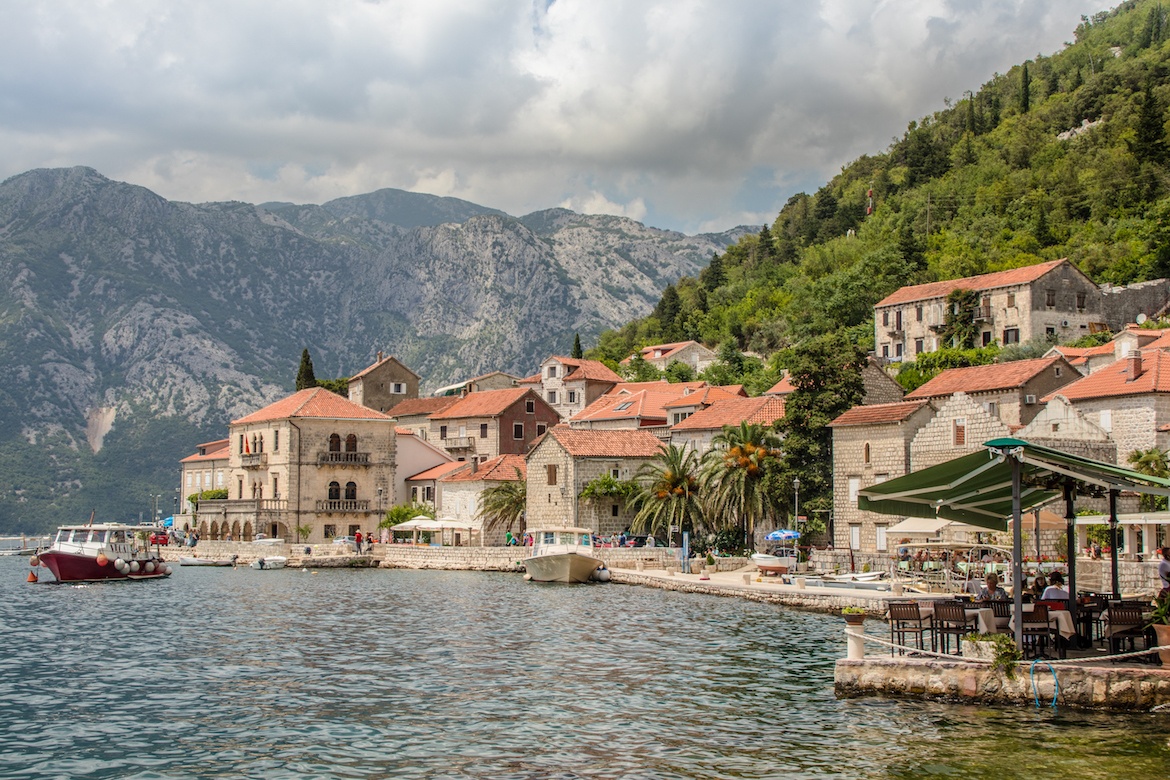 9) Find a good base while backpacking Europe

If you’re planning your first trip to Europe to last at least a few weeks, chances are you’ll burn out somewhere around the two week mark. That is, if the shin splints from walking over cobblestone streets for 14 hours a day don’t do you in first.

An easy way to combat fatigue is to quit moving around so much. Stay in each place for about a week, and do day trips from there. For example, a base in Paris means you can get a feel for the city while exploring nearby places like Versailles and Champagne. A one hour train ride will get you to Brussels or Luxembourg, and you can even make it to the Netherlands if you leave early enough. 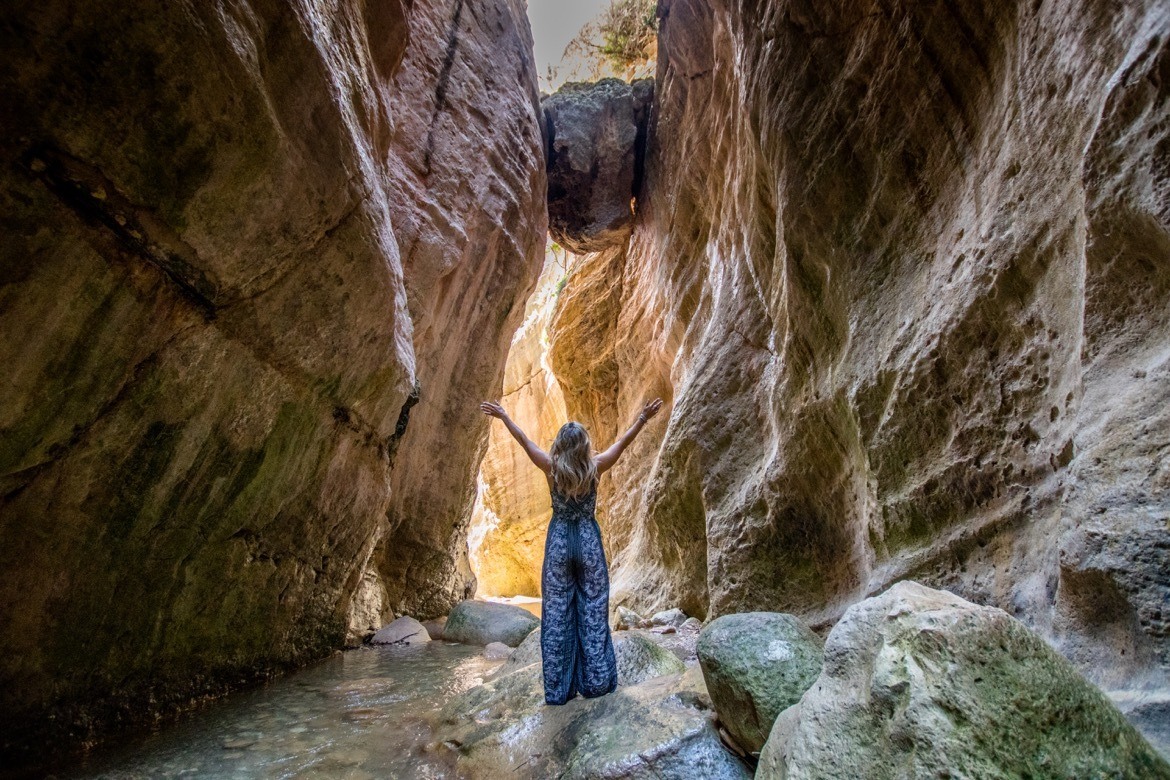 Basing myself in Paphos made it easy to get to other places around Cyprus, like the Avakas Gorge

My final tip for travelling to Europe for the first time is not to plan too much. That can be a real struggle for Type-A personalities like myself, but you’ll be interested to know that I actually arrived in Paris without any idea of how I was actually getting back there seven weeks later for my return flight to Canada.

The open itinerary resulted in an unexpected, wonderful trip to Turkey, and a quick stay in Belgium to meet up with some fun girls I roomed with at a hostel in Spain.

Having a few days to spare means you can loiter on the beach and rest your weary legs, nurse a hangover, or spend a day wandering the streets of London, hoping for a Pippa Middleton sighting (try the shopping districts). Chances are you’ll never regret spending an extra day in a place, but you’ll always think about the spontaneous missed opportunities you couldn’t fit into a packed itinerary during your first trip to Europe. 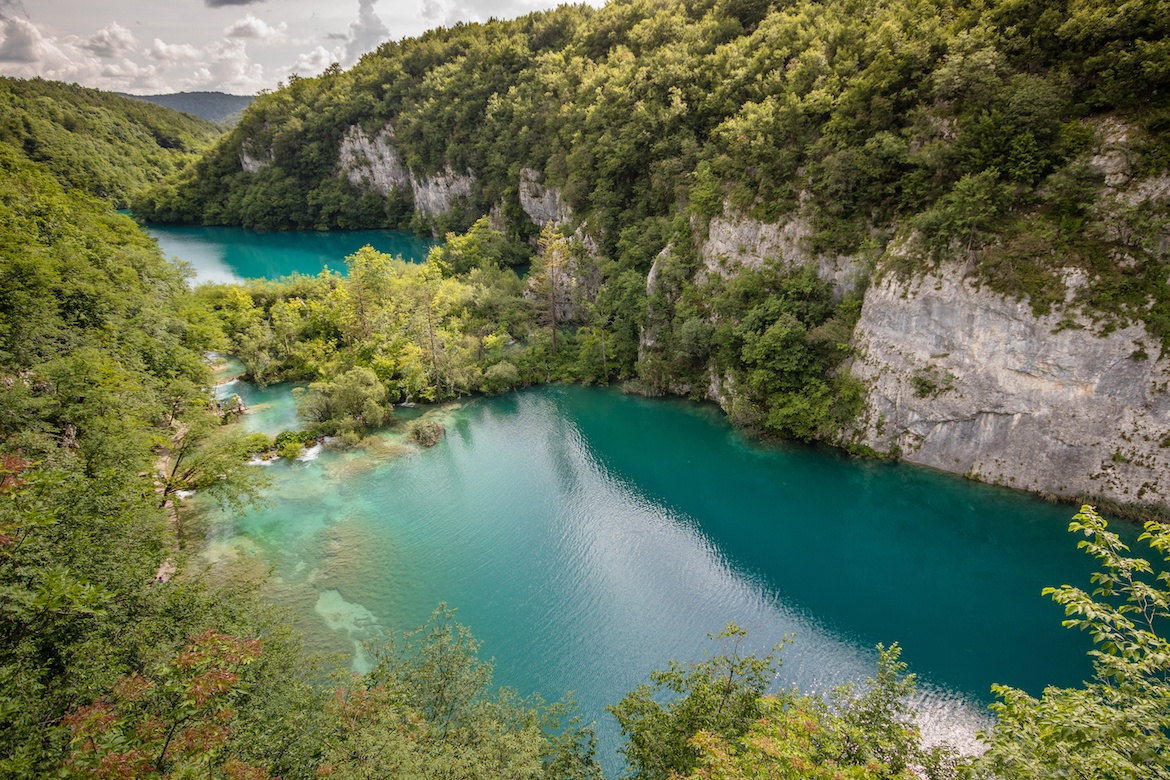 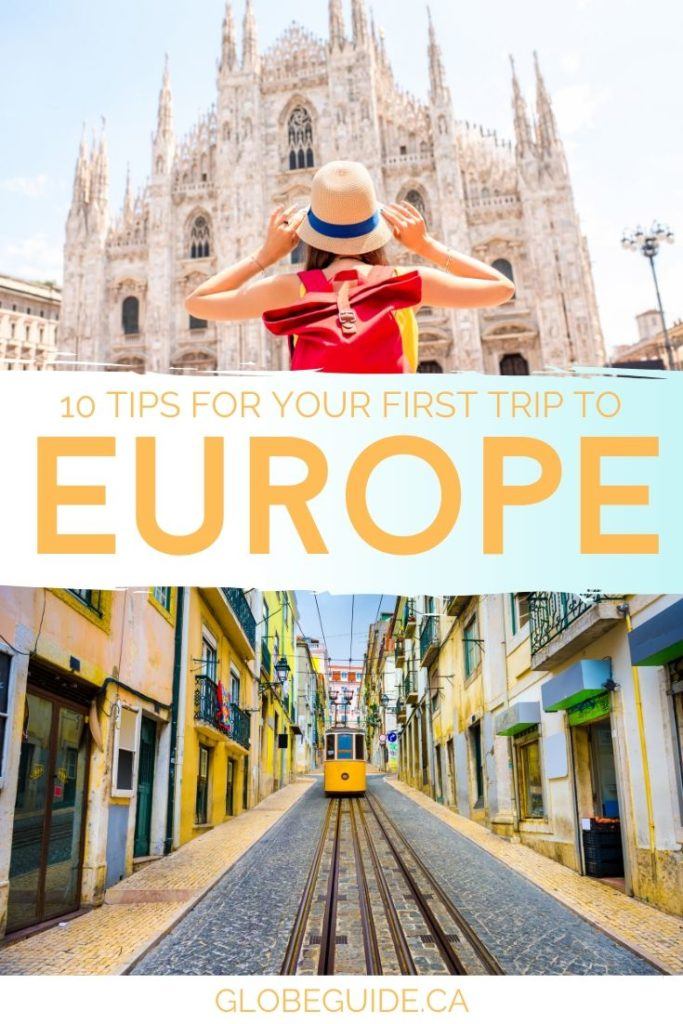 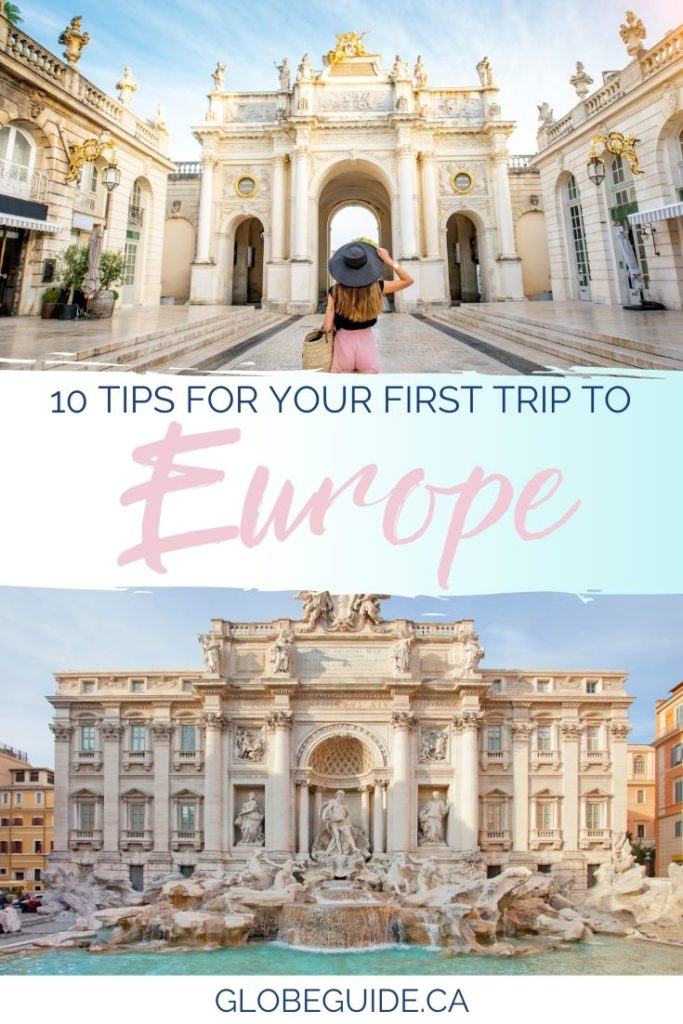 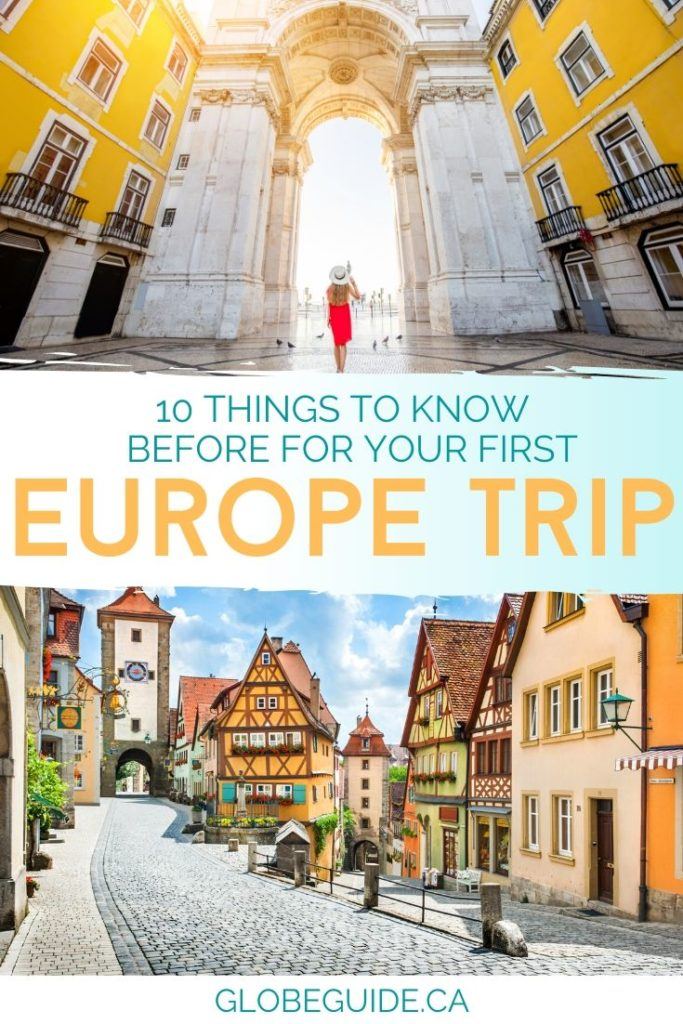