Malta attractions: A travel guide to the three islands 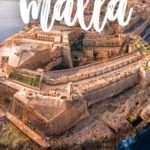 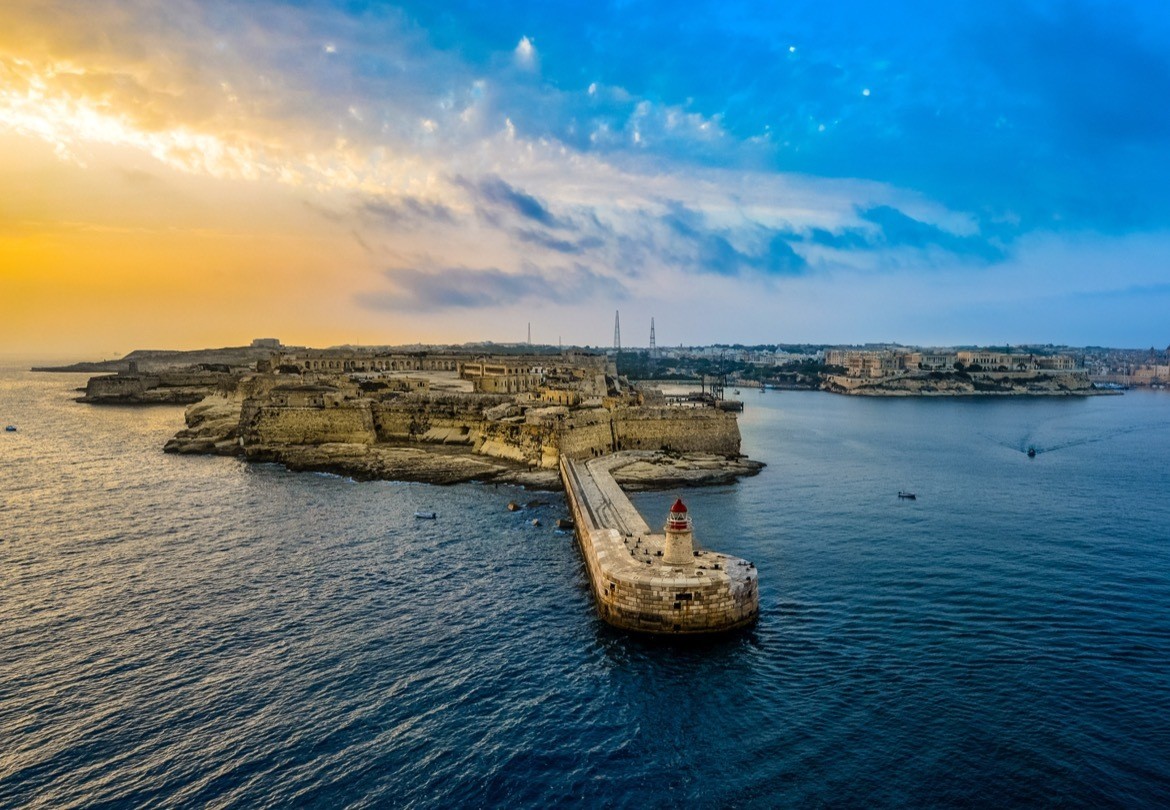 Malta is made up of three idyllic islands: the mainland which has the capital Valletta as well as the major resort areas, Comino which is home to the famous Blue Lagoon, and quiet Gozo which has ancient temples and caves. Here are the best places to go in Malta. 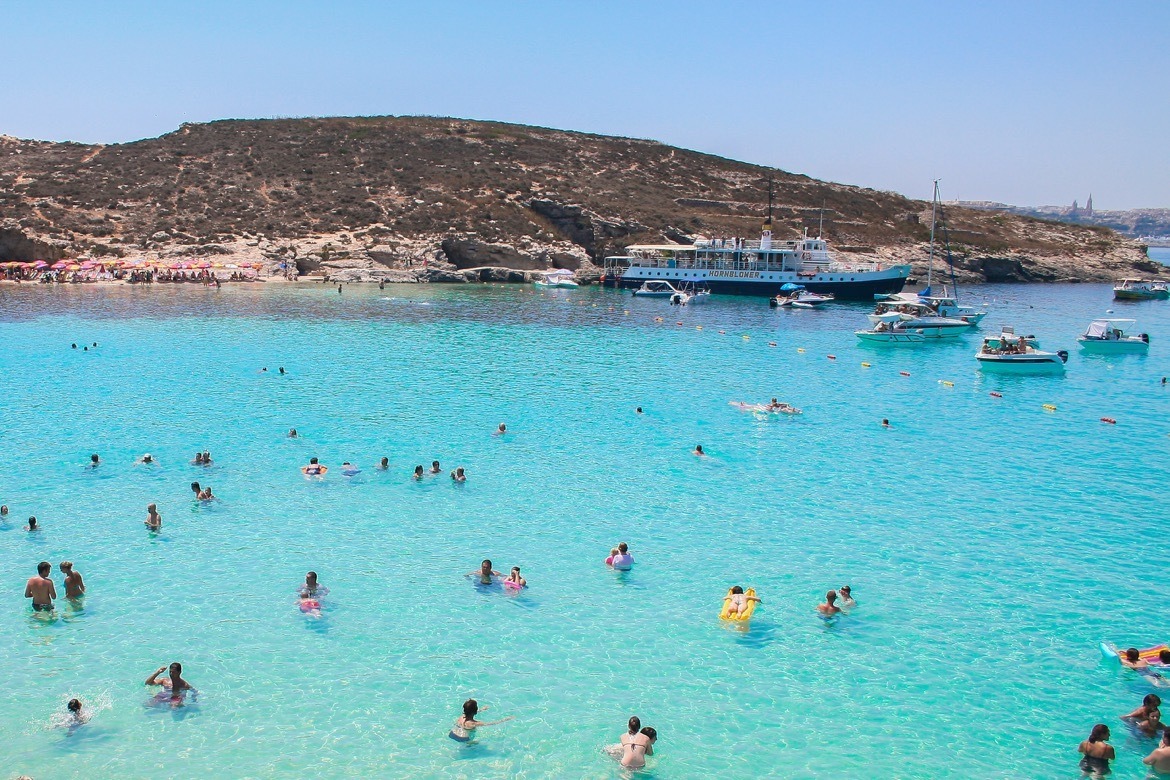 Things to do in Valletta

Most visitors start their trip in Valletta, aptly called ‘The Fortress City.’ Malta’s prime location has made it a target for conquest over the past few centuries, which led to Valletta’s fortification in hopes of scaring off the enemy. The result is a beautiful scene of high walls surrounding the beige and white buildings built into craggy rocks, complemented by bright blue waters. The historic city is small enough that it’s walkable, although you might get tripped up by some of the many, many stairs! 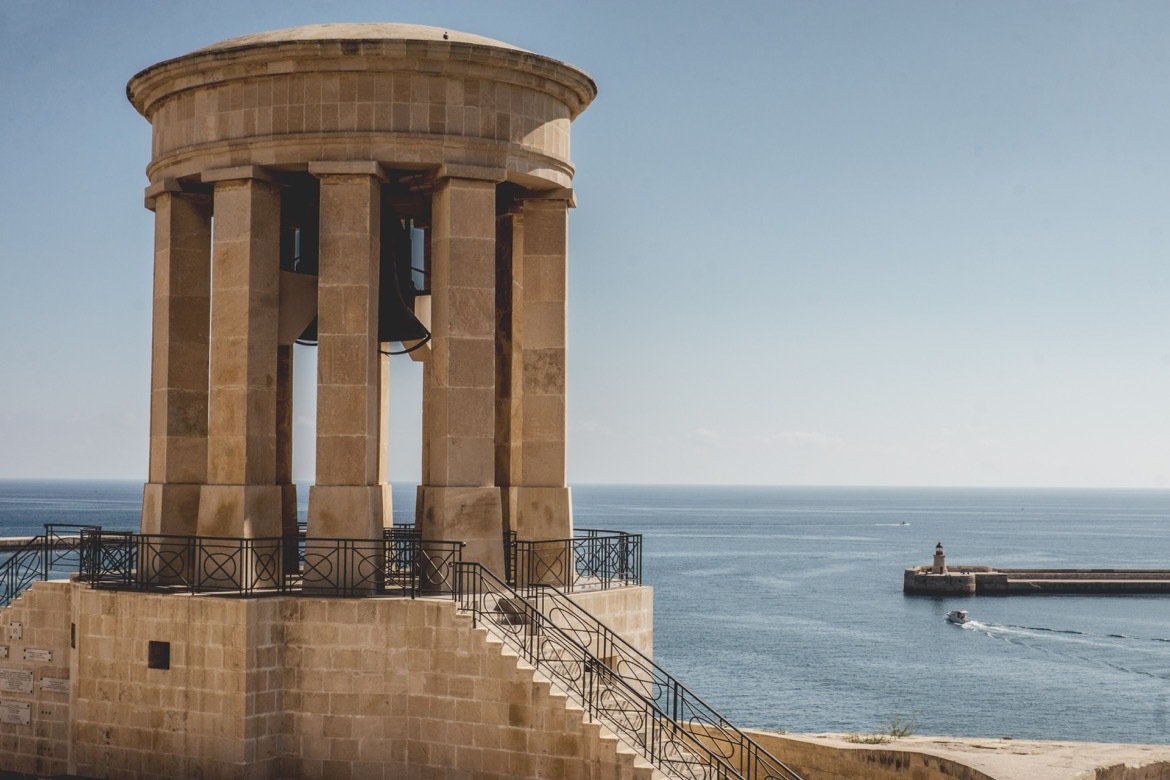 Kick off your Valletta sightseeing by checking out The Malta Experience, an audio-video show that details Malta’s 7,000 year history in about an hour, in extremely entertaining fashion. Try to take in the show before exploring the rest of the city, as it will give you a better understanding of its landmarks. Click here to book

Afterwards, explore the other things to see in Valletta, making sure to stop by the waterfront, Republic Street (where most of the action happens), the opulent St. John’s Co-Cathedral which features beautiful baroque architecture, and a watchtower that makes for some great pictures. Keep your eyes up to see the colourful shutters that adorn Valletta’s apartments, which make for a quaint streetscape. 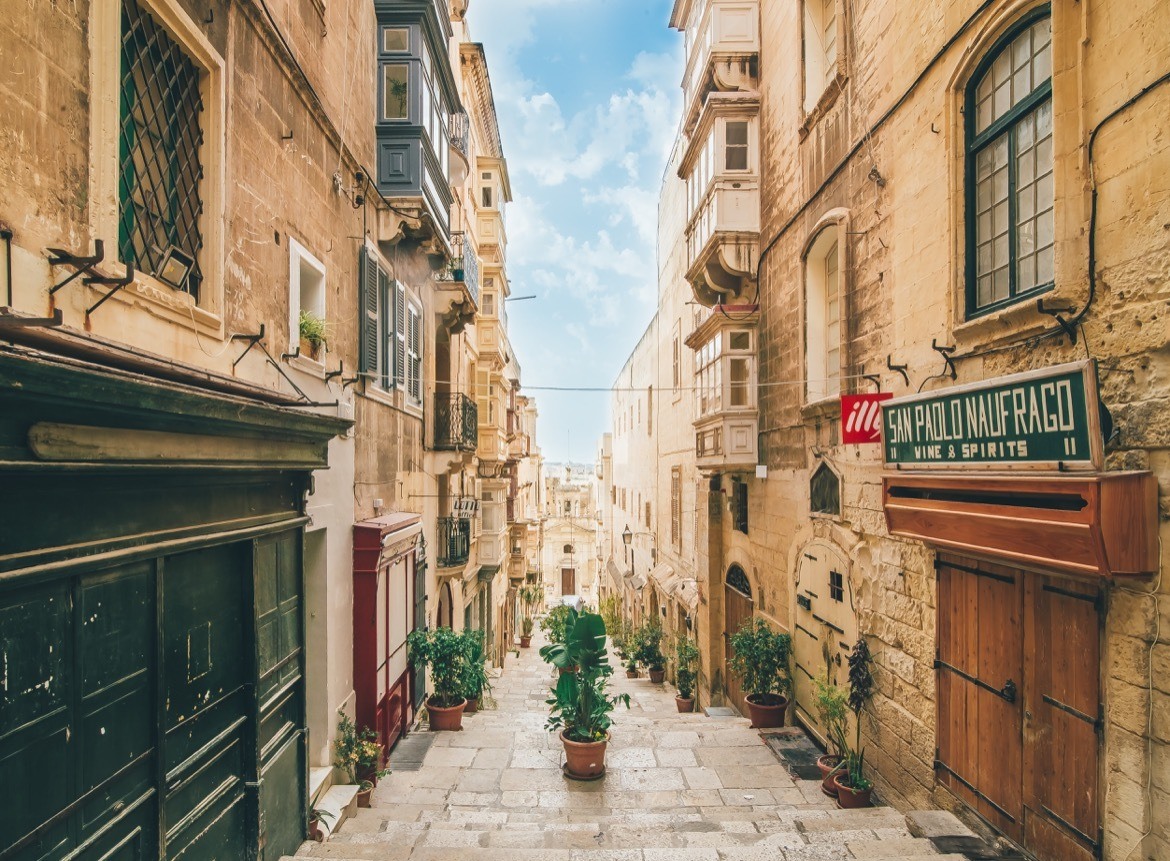 Valletta is a great base for exploring surrounding sites like temples, a fishing village and ruins, the cities of Mdina, Saint Julian’s and Sliema, as well as the jumping-off point to take the boat ride over to Gozo and Comino. Some great day trips include:

Where to stay in Valletta: 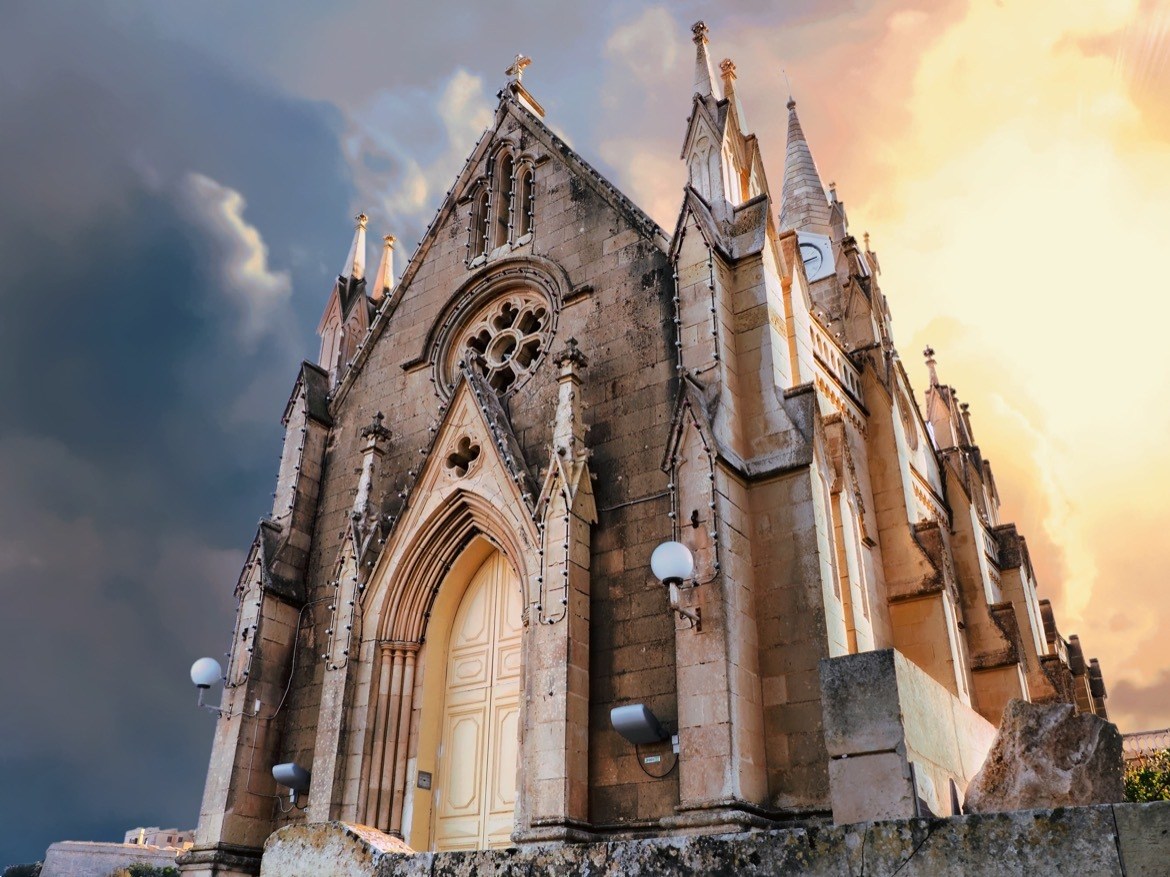 Things to do in Mellieha

The village of Mellieha is a great place to get a feel for Maltese culture away from the crowds, and boasts the island’s largest sandy beach (Mellieha Bay). Attractions include the crimson Red Tower (St Agatha’s Tower) which dates back to the 1600s, the Għadira Nature Reserve which is popular with birders, and Il-Majjistral Nature & History Park on the northwest tip of the island which includes Golden Bay. 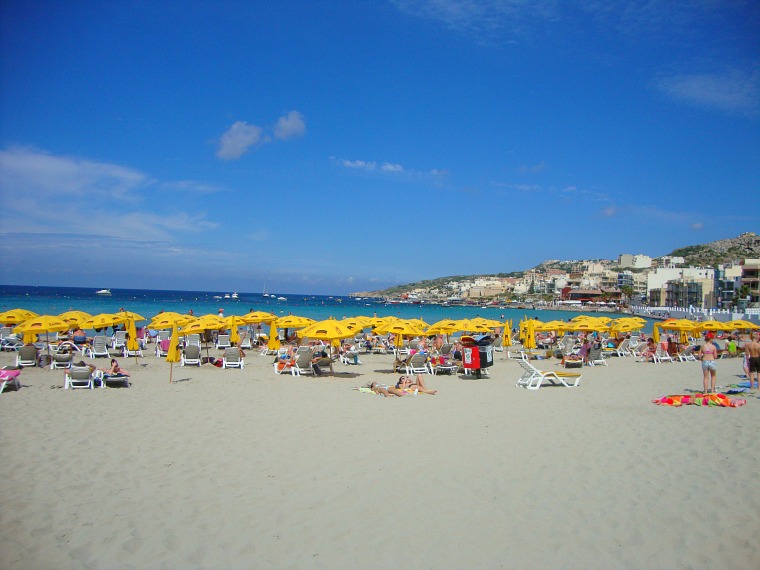 Mellieha is also where you’ll find one of the top things to do in Malta: Popeye’s Village, which is the actual location used to film the Popeye movie starring Robin Williams back in 1980.

This Instagram-worthy spot consists of tiny homes and shops tucked into the hillside, surrounded by a stunning bay. Explore the ‘Main Square’, meet characters like Popeye and Olive Oyl, watch one of the daily entertainment shows, play games, walk through the original film set and even take part in making a movie. 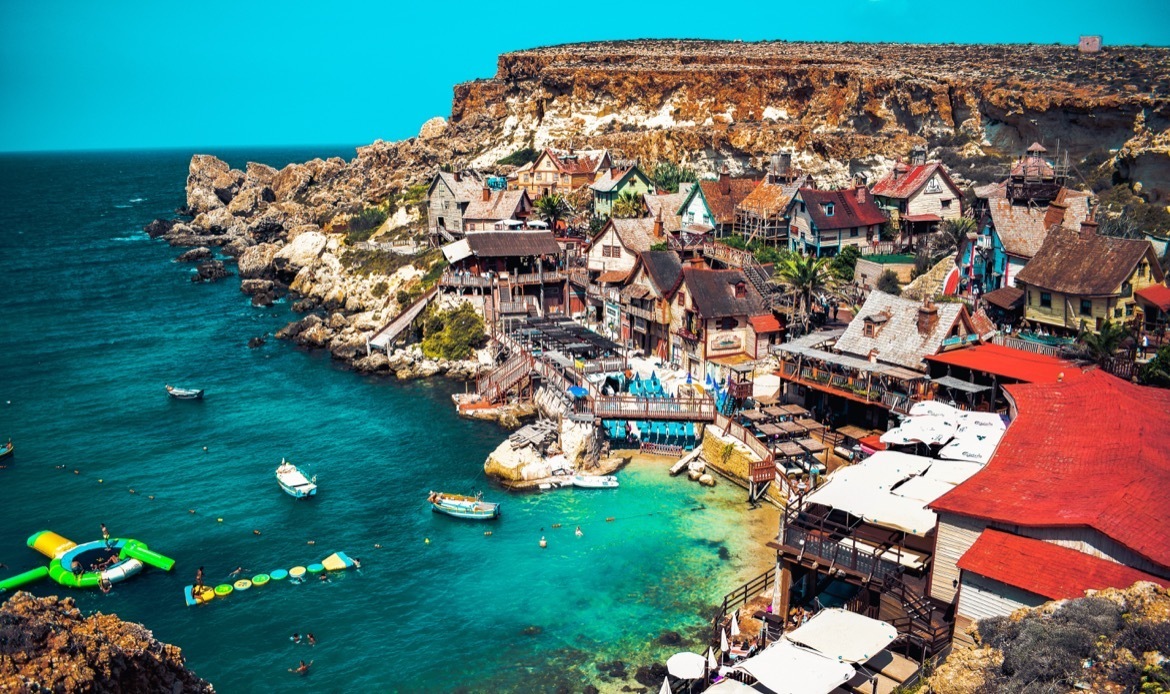 Be sure to head to nearby Mdina, a beautiful medieval walled town. There are a number of historical sites to wander through including an old church and a bomb shelter, as well as souvenir shops. Mdina also affords a stunning view of the countryside below. 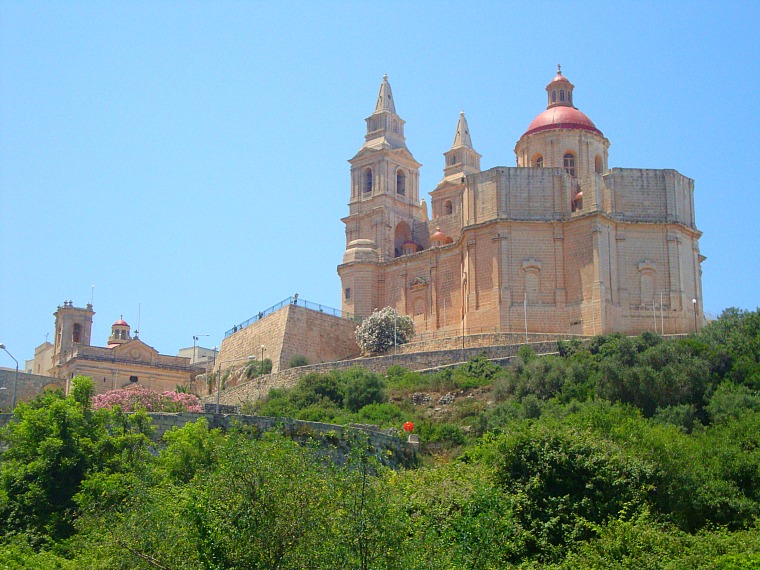 Where to stay in Mellieha

Malta is blessed with long stretches of coastlines, which makes it a haven for beach bums. Many public beaches have places where you can rent umbrellas and lounge chairs, and there’s often a canteen to buy food nearby. Some of the best are found around Buġibba, St Paul’s Bay, St. Julian’s and Mellieħa, including Golden Bay, Għajn Tuffieħa, Paradise Bay and Ta’ Fra Ben. 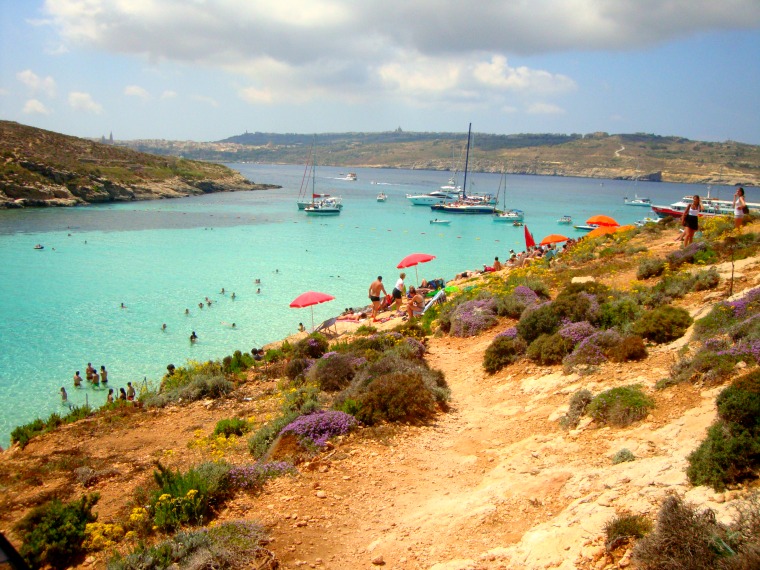 A must do in Malta is the day trip to the Blue Lagoon on the island of Comino. The scenic boat ride over is a treat in itself, and you’re dropped off in a breathtakingly turquoise bay surrounded by sea caverns. While you won’t find any beaches here, there are chair rentals available which you can perch precariously on the surrounding rock cliffs and enjoy the great view.

Take a dip in the clear water, go snorkeling, or wander up the hill where you’ll be able to see the imposing fortress that guards neighbouring Gozo. 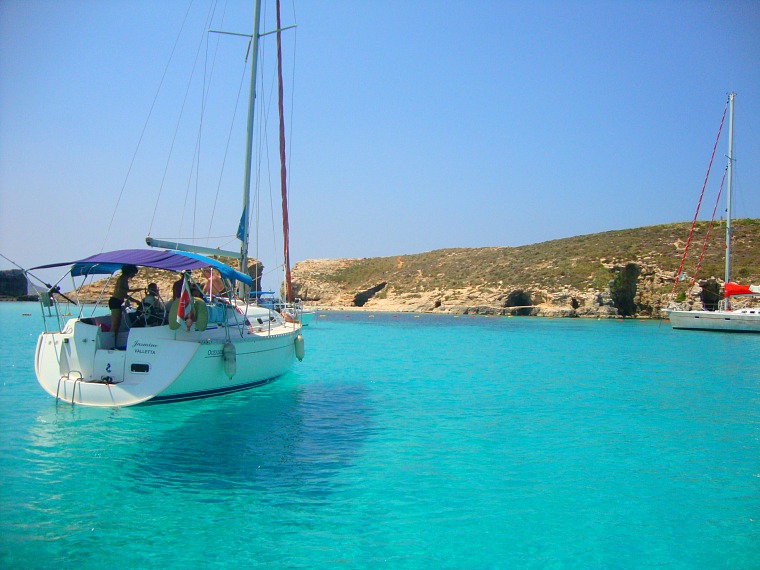 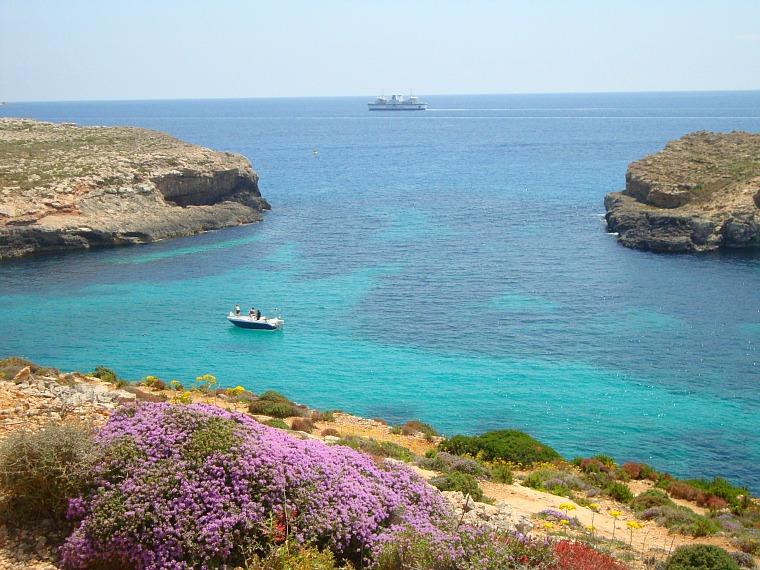 Things to do in Gozo

With relatively few inhabitants, a rugged landscape and quieter pace, Gozo is one of the best places in Malta to get an idea of what life used to be like around here. It has also served as a backdrop for some big budget productions, including Game of Thrones which featured the Azure Window natural rock formation (which sadly collapsed in 2017).

Most Gozo sightseeing trips start with the ferry ride over to the island, which leaves from Ċirkewwa in northern Malta. A number of bus routes from areas like Qawra, St. Julian’s and Sliema include stops at the ferry terminal. The scenic sail over includes glimpses of Comino and the Ta’ Ċenċ Cliffs, and you might even be lucky enough to spot some dolphins. 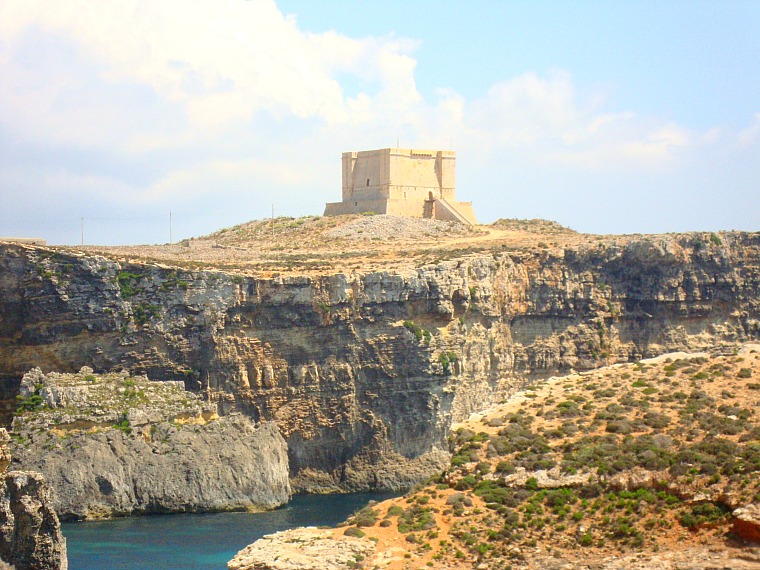 Some of the best places to visit in Gozo are: 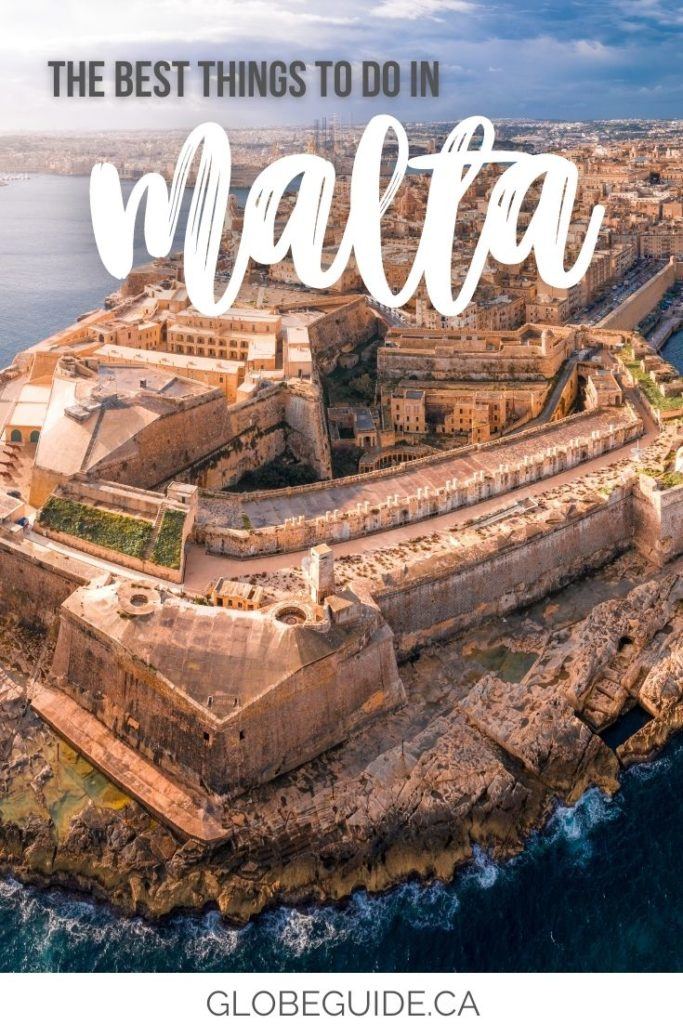 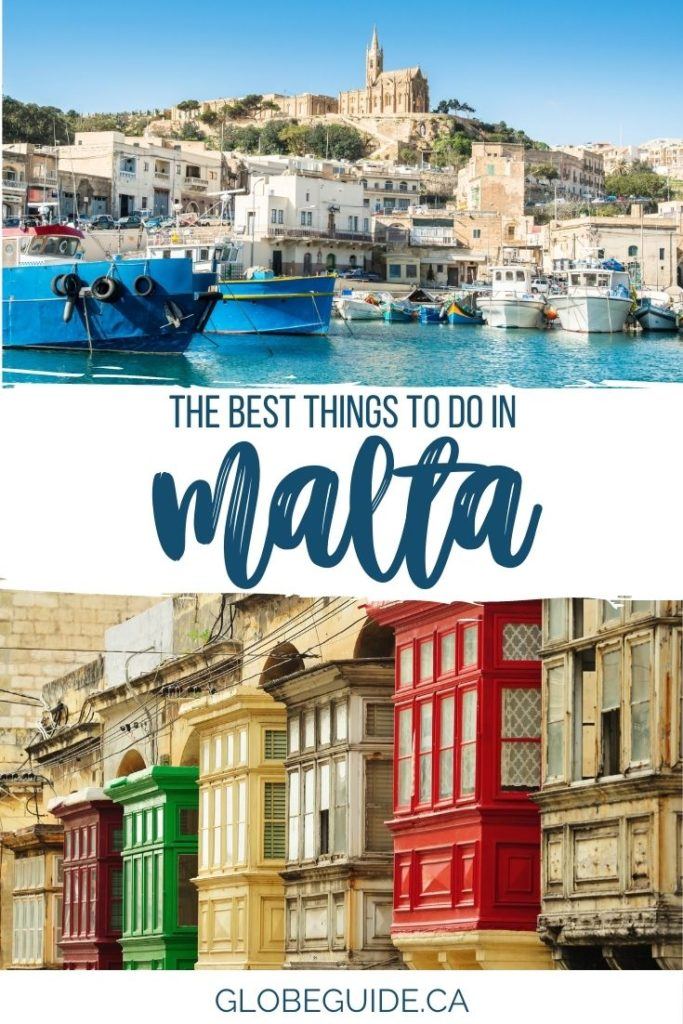 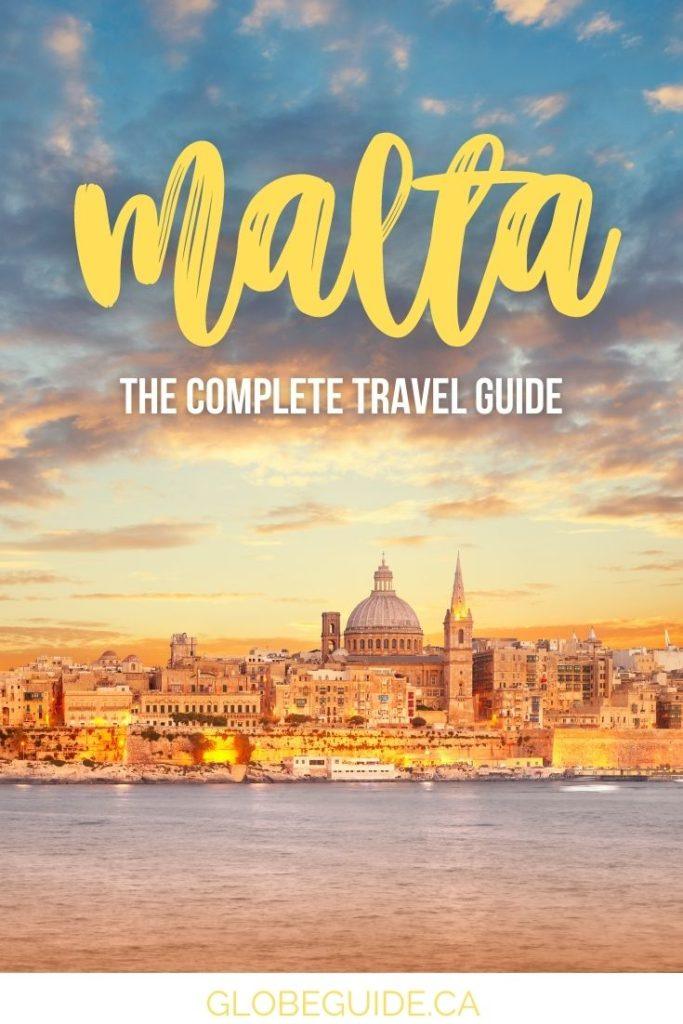 Once the sun sets, there are some great wine bars in Valletta overlooking the water and cobblestone streets. For more excitement, head to Sliema or St. Julian’s (Paceville) which has nightclubs, including Sky Club, the Network Lounge Club, and Shadow Club which has three cocktail bars, or check out an online casino like Caxino which has live dealers. 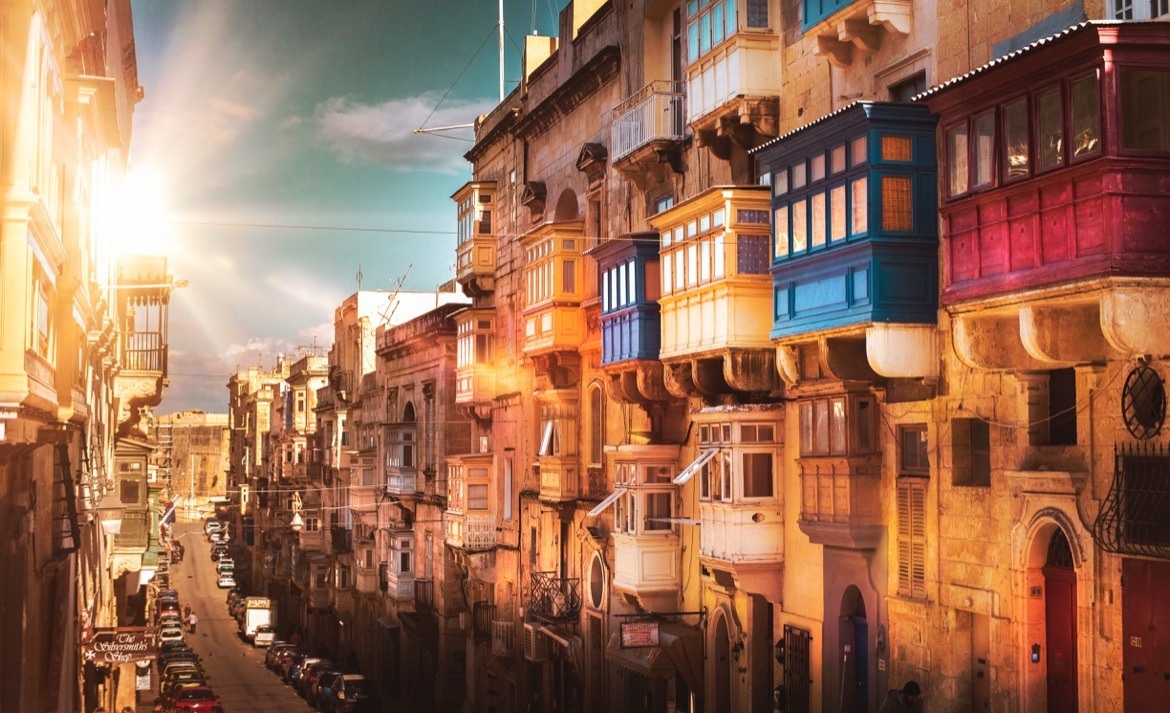