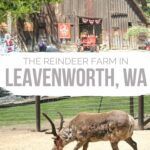 “What do you call a reindeer with no eyes?” the joke began, as Hans Christian Andersen (yes that’s his real name, just like the fairytale author) kicked off our tour of the Leavenworth Reindeer Farm. 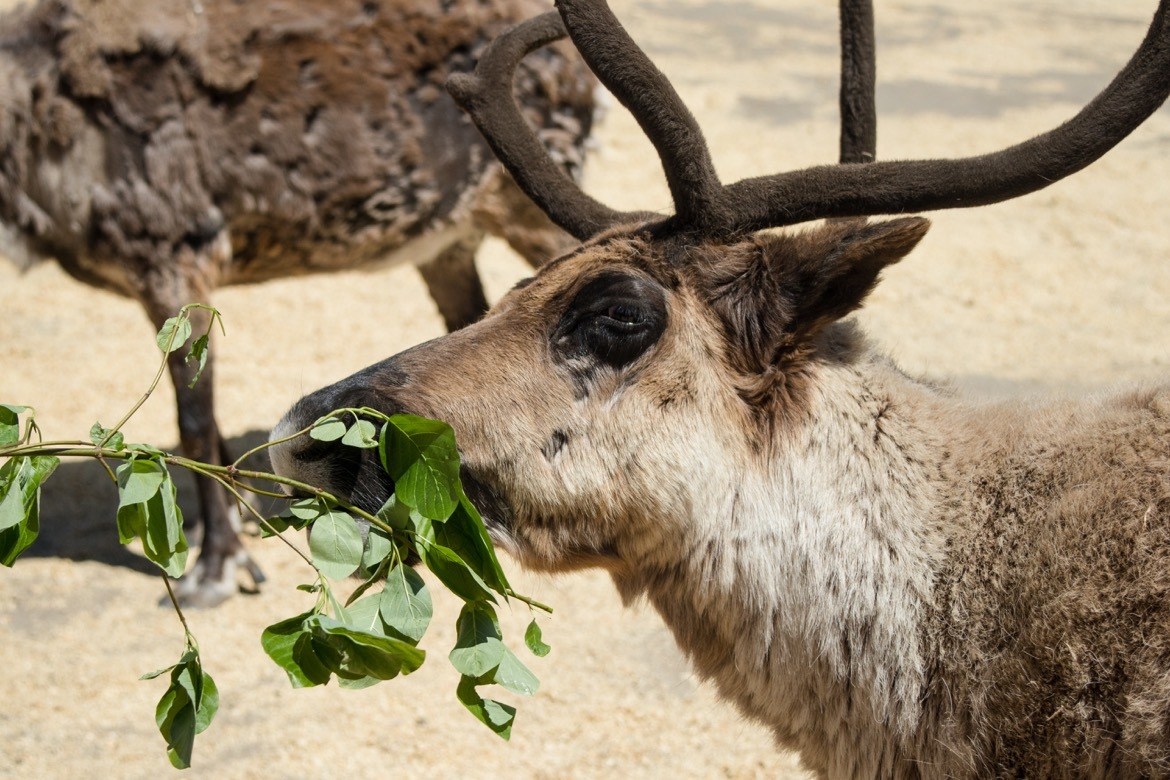 On this sunny spring day, a few dozen of us were sitting outside a beautiful, big barn surrounded by clucking chickens, fluffy bunnies and a roaming turkey proudly showing off his vibrant feathers. Just steps away we could see a herd of reindeer lounging in their pen nearby, which is the real reason we were all here today. 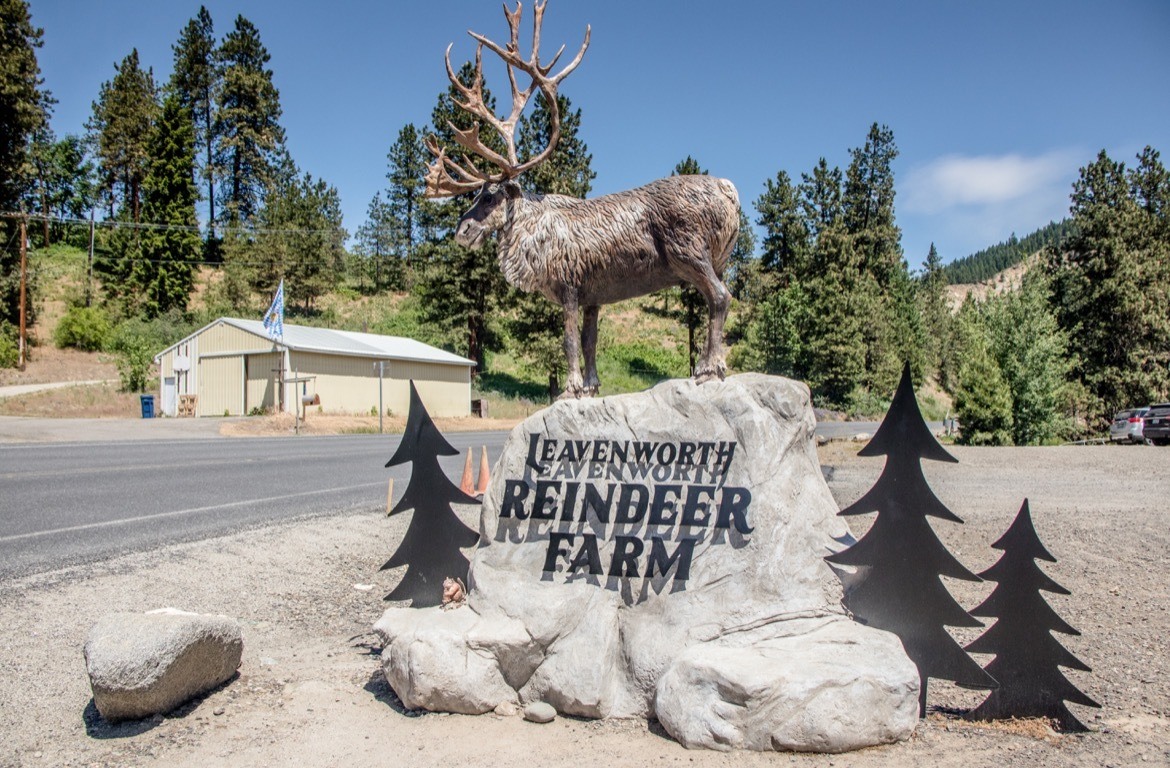 History of the Leavenworth Reindeer Farm

The Leavenworth Reindeer Farm is on the outskirts of Leavenworth, Washington, a town best known for its Bavarian-theme that lures visitors in droves, especially around Oktoberfest and Christmas time. This family-run operation was started in 2016 by Hans and his wife Kari (the self-proclaimed Reindeer Mom), who also run a popular horse and carriage tour downtown.

READ MORE: 15 fun things to do in Leavenworth Washington in every season 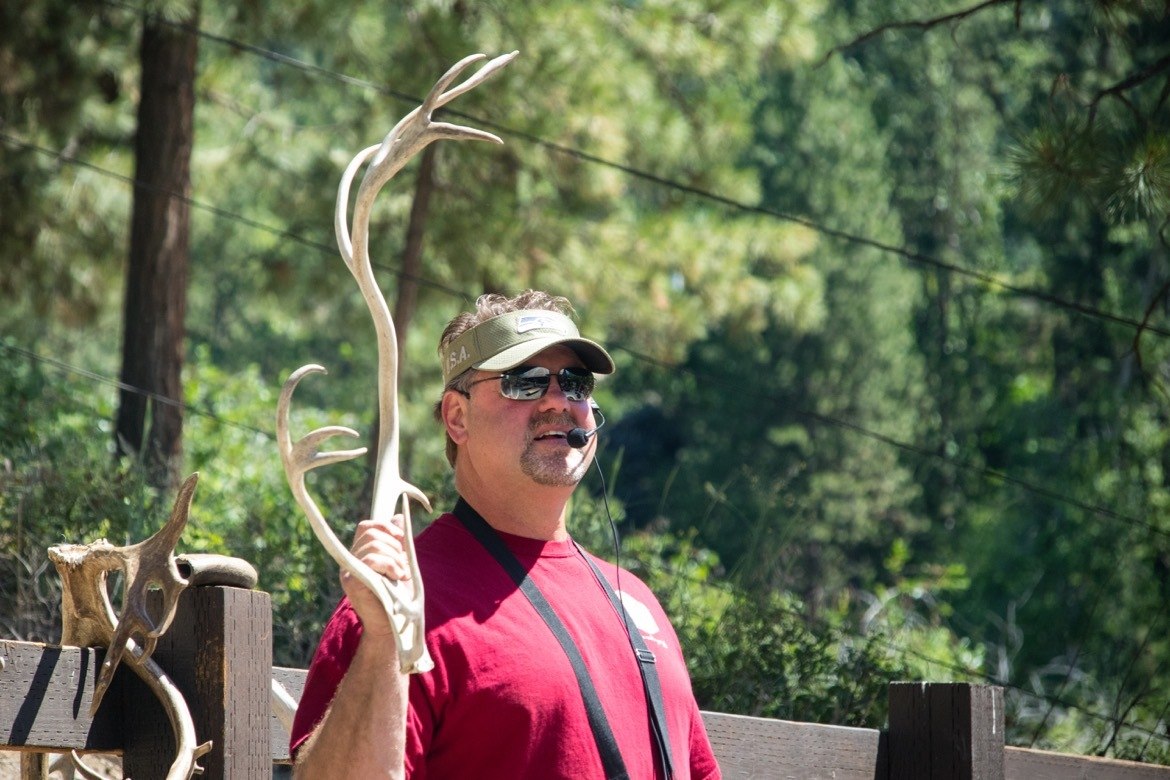 The animals here are a subspecies of Woodland Caribou, which are typically found in the Yukon and Alaska and are considered an endangered species. In a relatively short time, the Andersens have grown the herd to a couple dozen reindeer, who are lovingly cared for by the whole clan along with some volunteers. 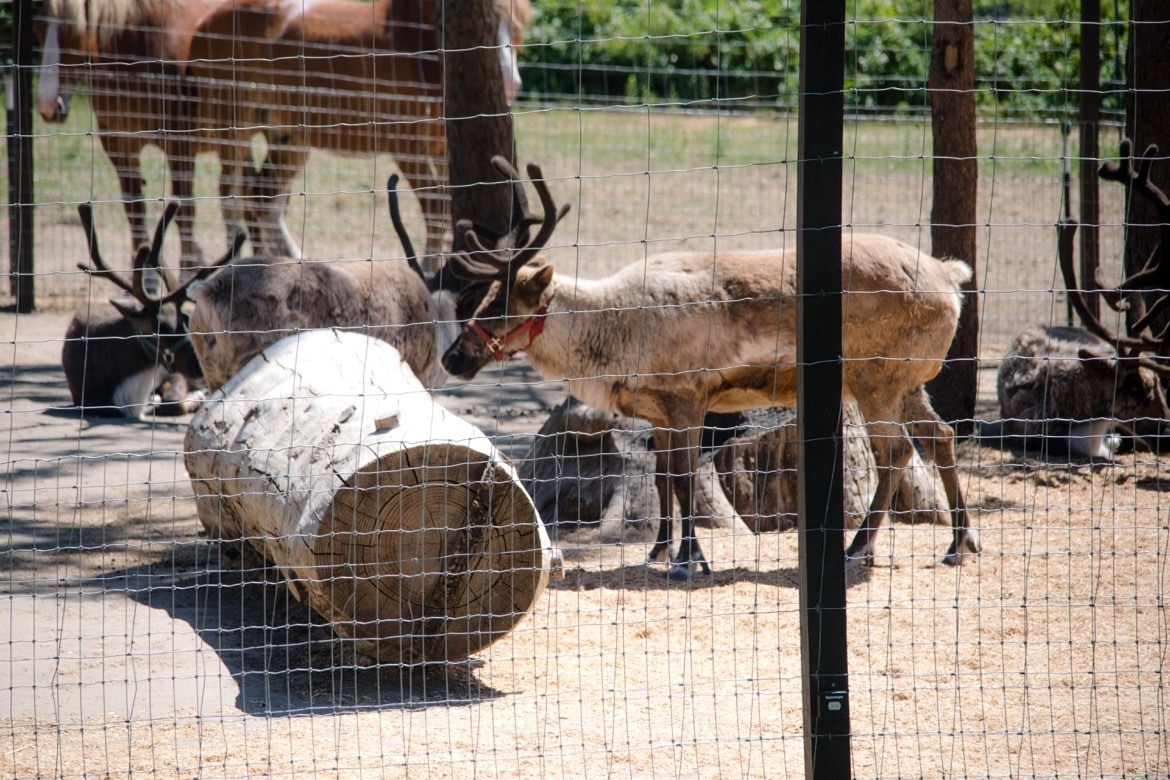 When guests first arrive at the Leavenworth Reindeer Farm they’re asked to step on a mat to help sanitize shoes, which protects the reindeer from a deadly airborne spore that’s typically carried by sheep and goats.

There’s complimentary lemonade and water in the summer months, and while you’re waiting for the tour to start you can check out the gift shop, cuddle bunnies and feed the chickens which makes a visit here one of the best things to do in Leavenworth with kids. 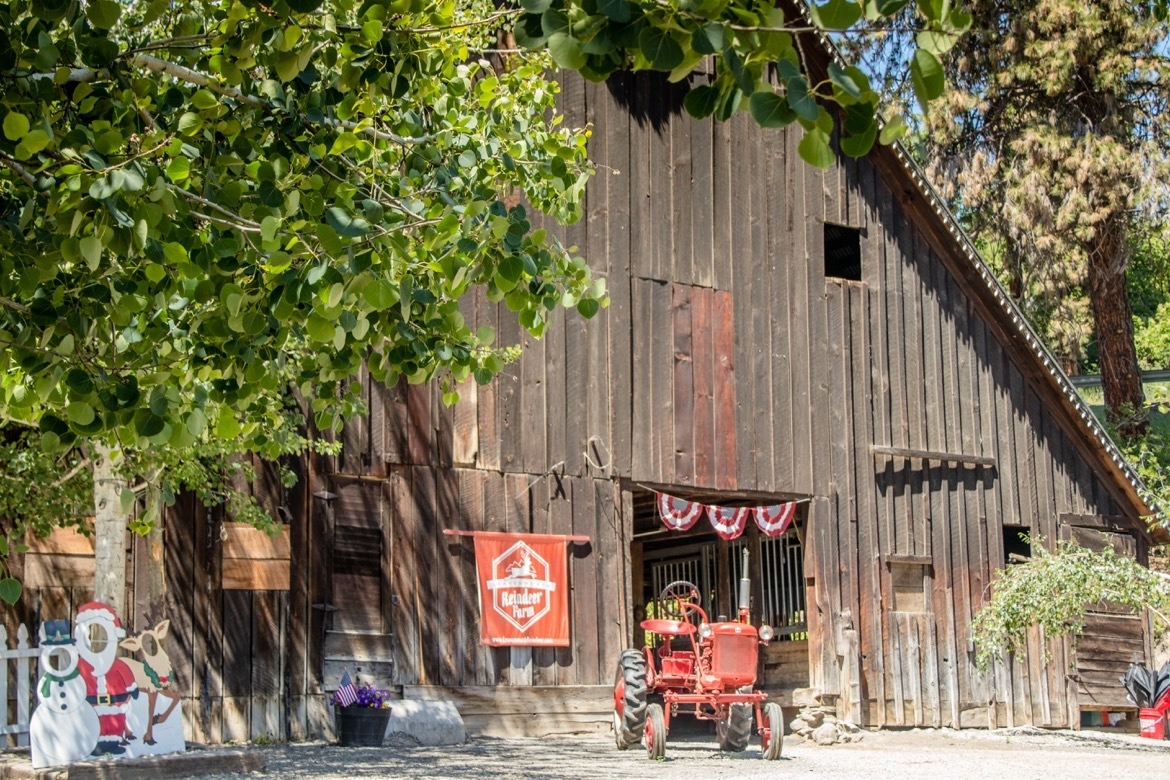 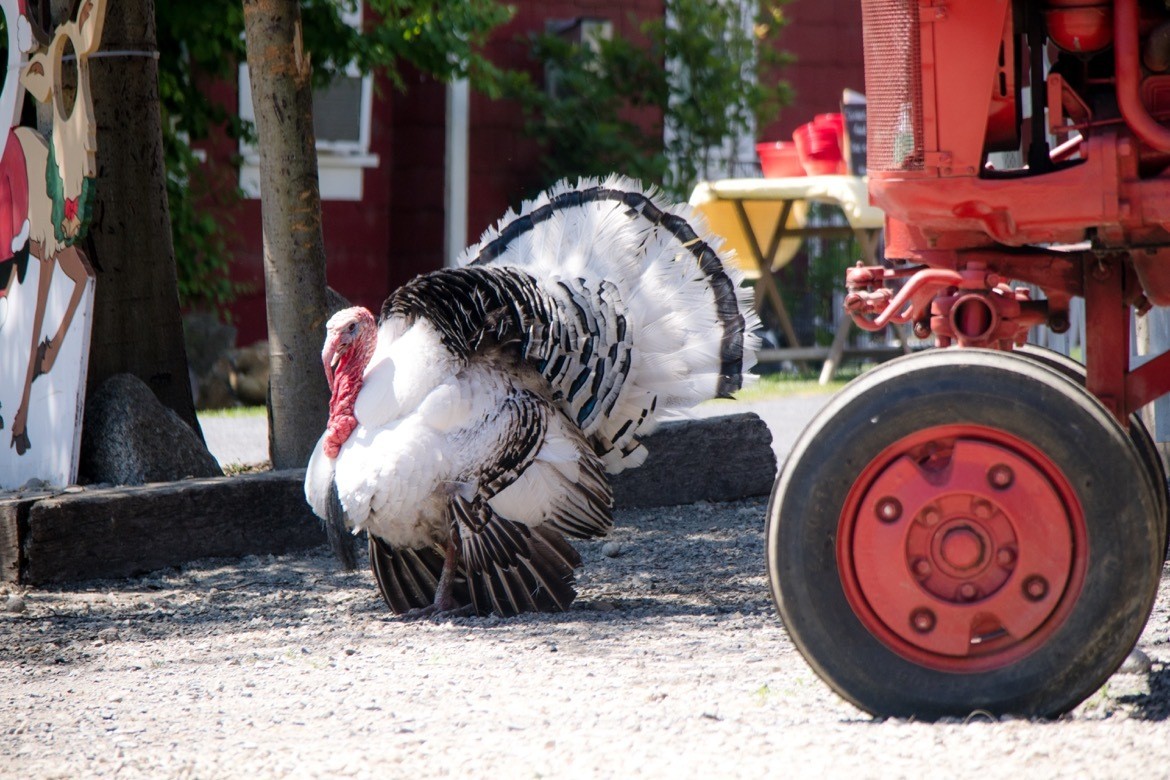 ‘Antler Academy’ is a 15-20 minute presentation that kicks off the visit, and Hans cracked jokes while sharing endless amounts of reindeer trivia, such as how their antlers can grow up to an inch a day, the shockingly frigid temperatures they can survive in, and their swimming prowess (spoiler alert: even Michael Phelps can’t beat these guys). After that, there’s a quick safety briefing to explain pointers for feeding the herd, then it’s time to head into the pen. 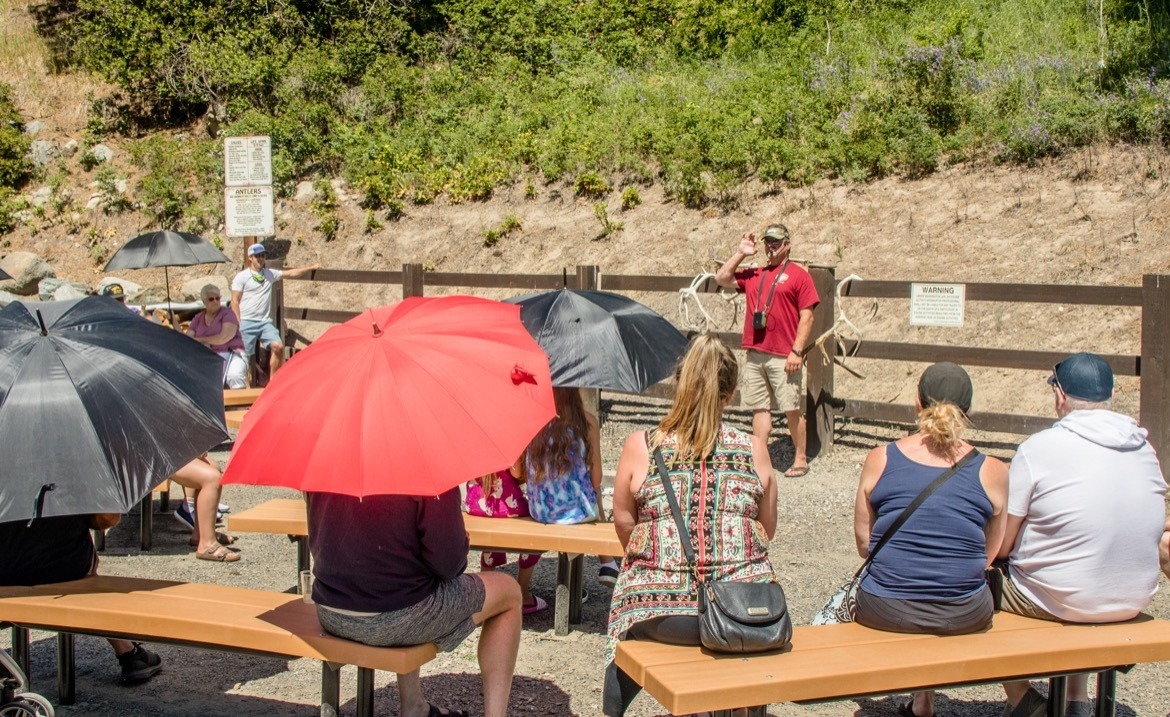 We were each given a few branches of dogwood at the gate, since reindeer love noshing on the likes of willow, birch and aspen. The instructions were simple: keep your arm up high and pretend you’re a tree, so the reindeer can pull the leaves off like a game of tug of war.

I was one of the first people into the enclosure, making me immediately popular with the four-legged fellows who were hungry for a snack. While it was slightly unnerving at first and I felt like I had to dodge their large, velvety antlers to avoid having an eye poked out, it soon became clear how gentle they are. Kari says reindeer are very aware of their surroundings and also don’t bite, which is why guests are able to feed them pellet food right out of their hands during winter. 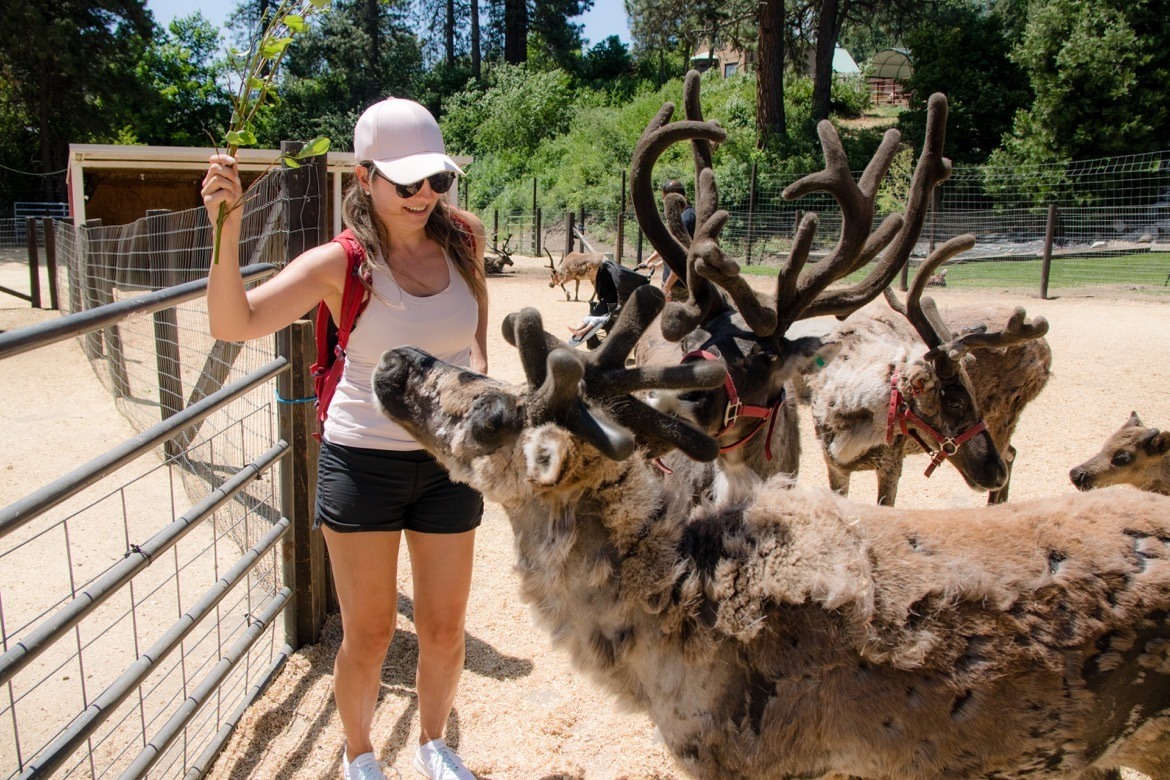 “You’re like a baby reindeer whisperer!” one staffer joked, as two calves took a liking to me and cuddled up close to snack on some stems. Despite being distracted by the cuteness, I stole a quick glimpse around the enclosure to survey the scene. It was clear everyone young and old were equally enamoured with our new furry friends. 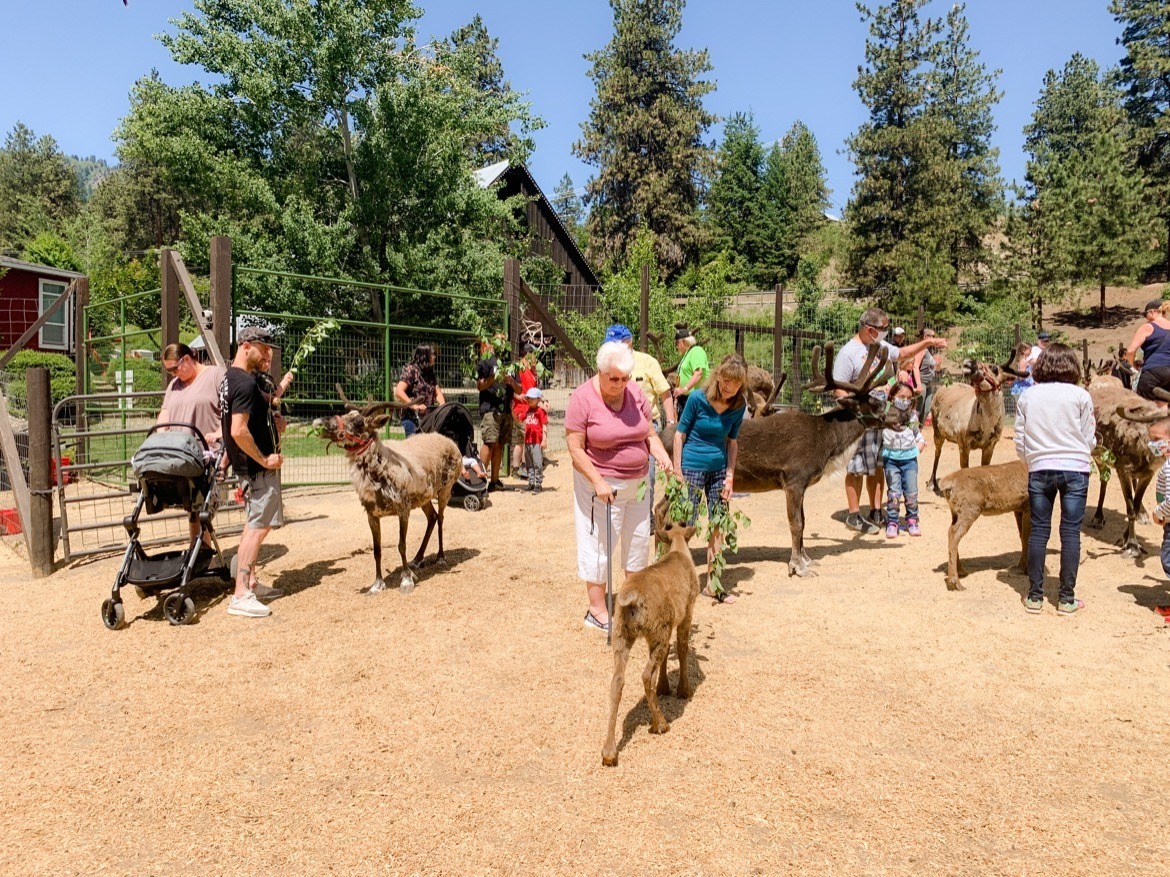 Guests are welcome to snap selfies, or pose for a pic with whichever reindeer is feeling most photogenic. Today, Joy was our model, a reindeer who was just days away from giving birth (which you’d never have known from her svelte figure, might I add). 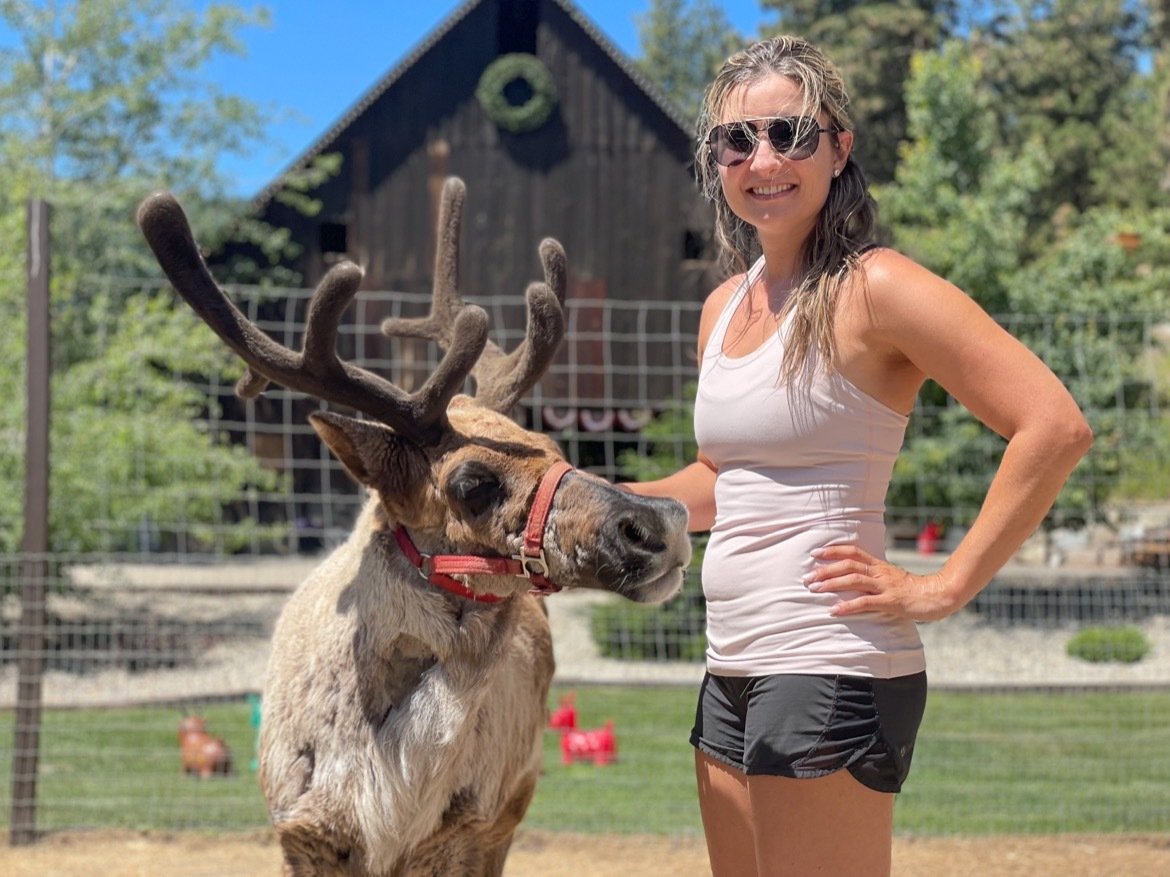 The rest of the visit flew by, with plenty of opportunities to feed different reindeer and learn more from the Andersens about what life is like on the farm and all the fun events they have throughout the year. Little ones love “Get Frozen on the Farm” which features appearances from beloved characters from the famous kids’ movie, and I left vowing to come back sometime during winter to celebrate the magic of the holiday season.

Hopefully next time there would be a Santa sighting…and of course, his nine reindeer. 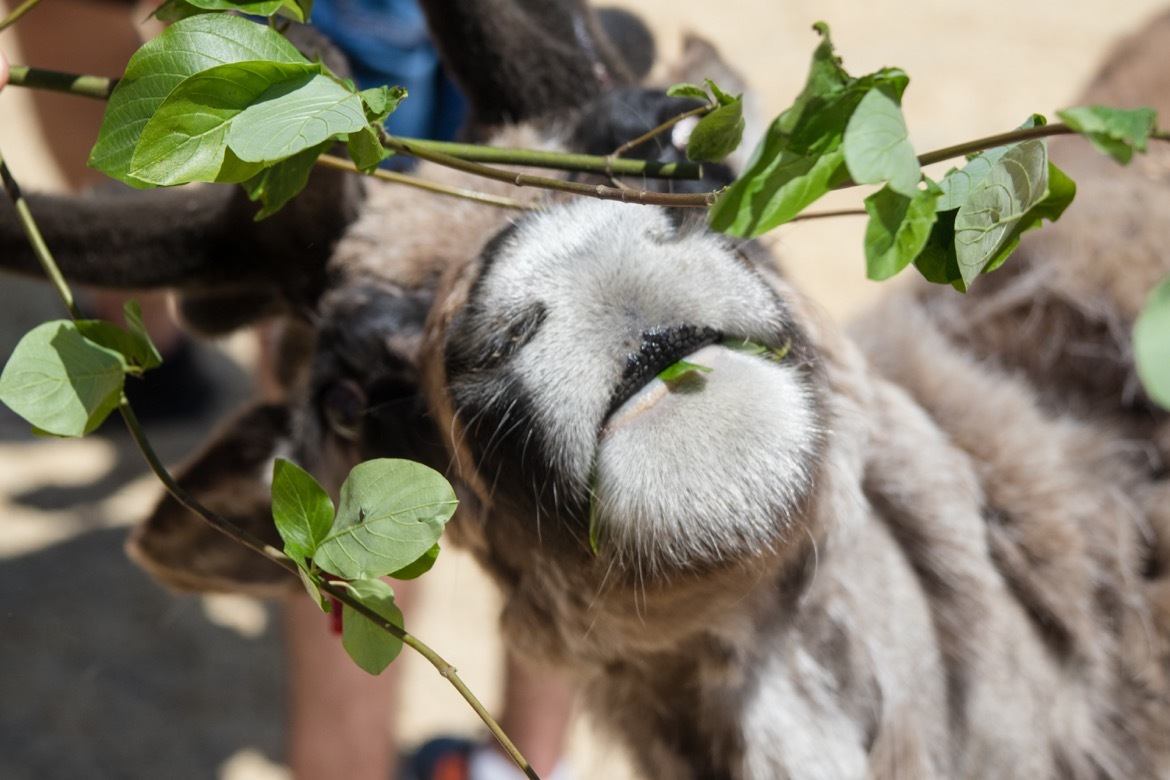 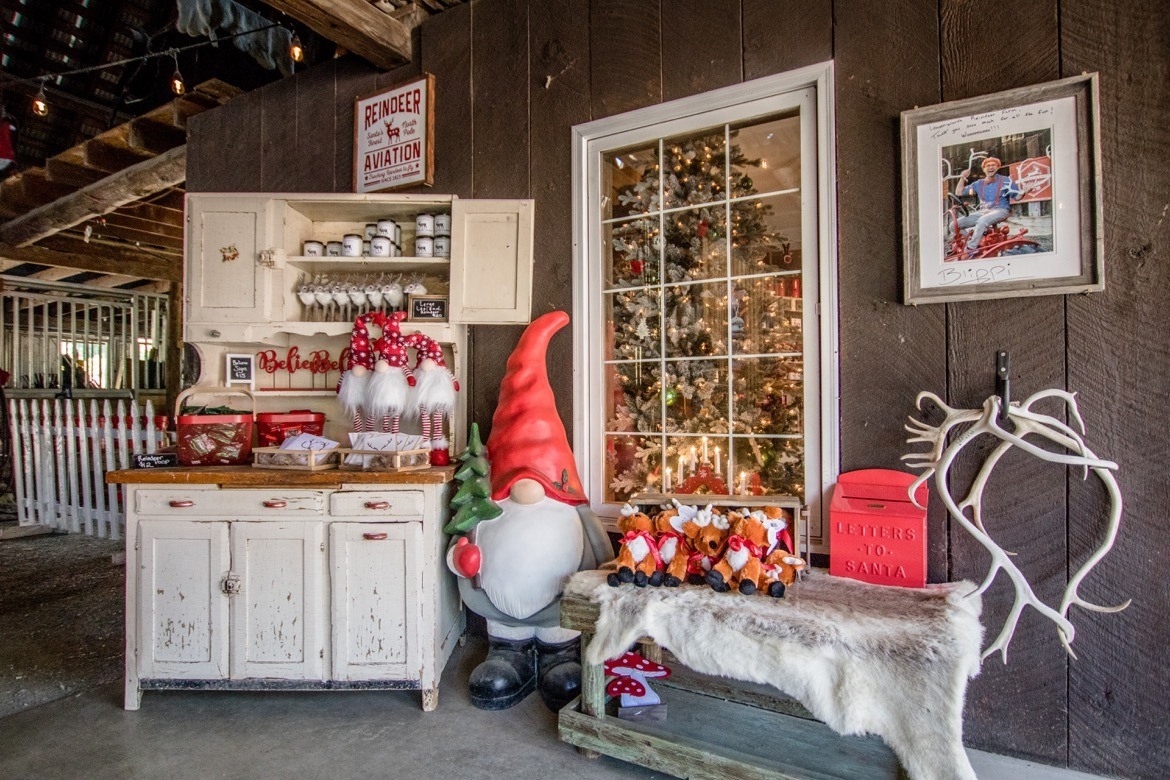 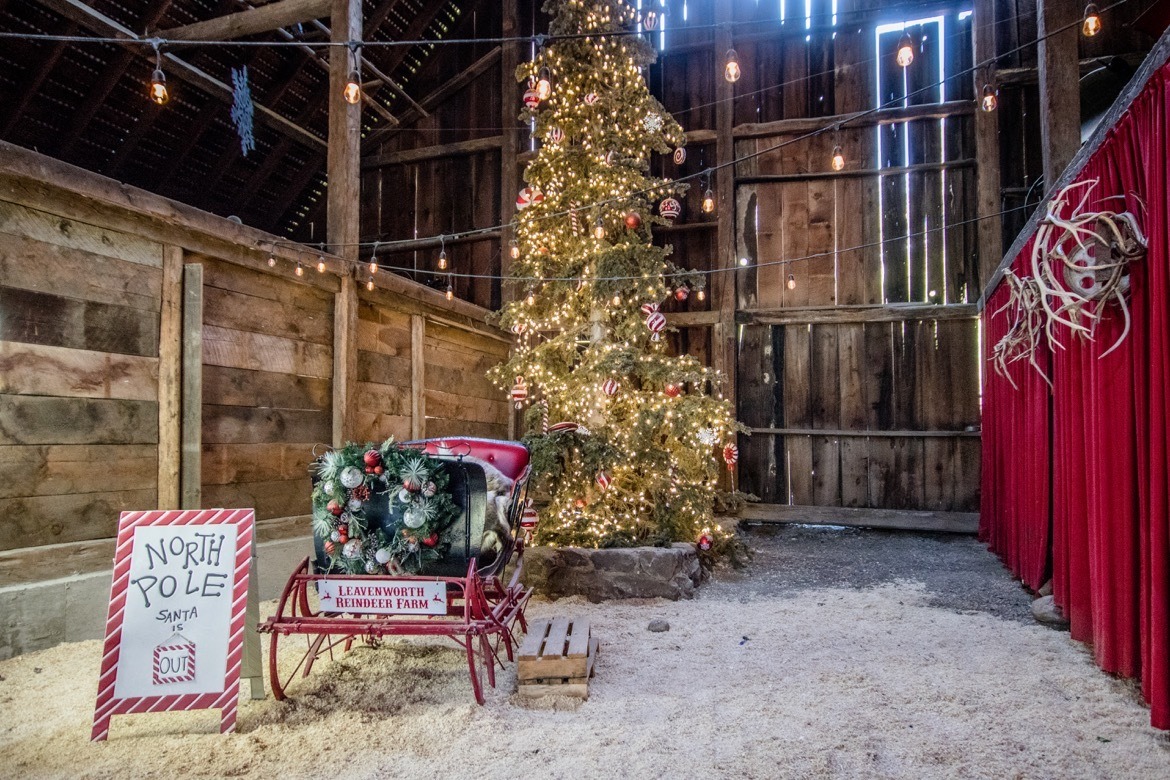 Globe Guide visited as a guest of the Leavenworth Reindeer Farm. As always, hosts have no editorial influence on articles. 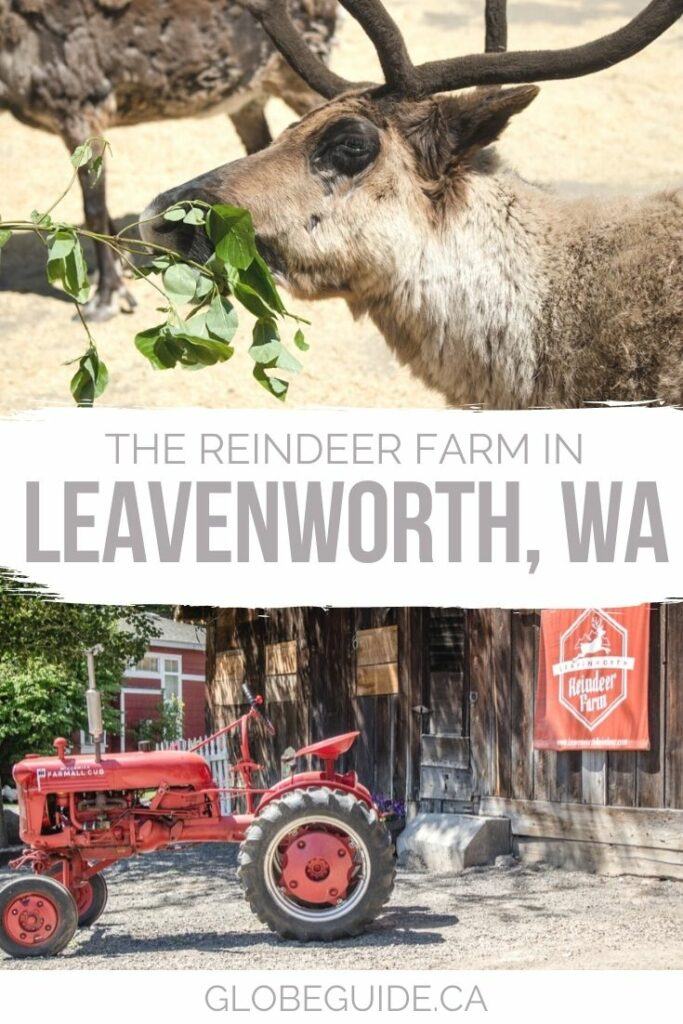 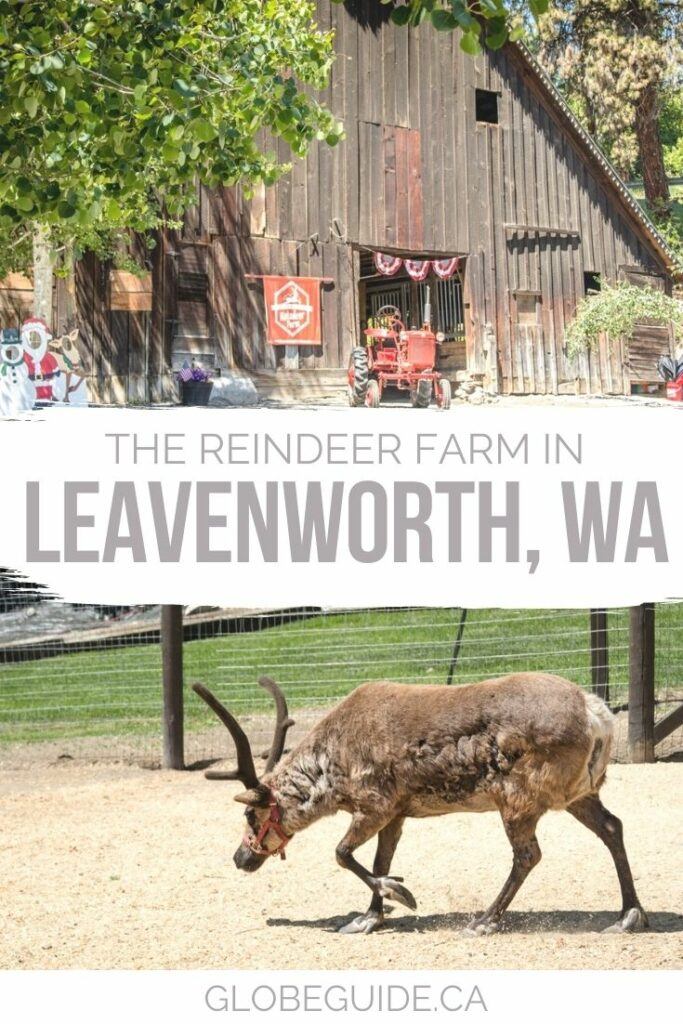