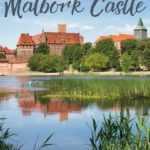 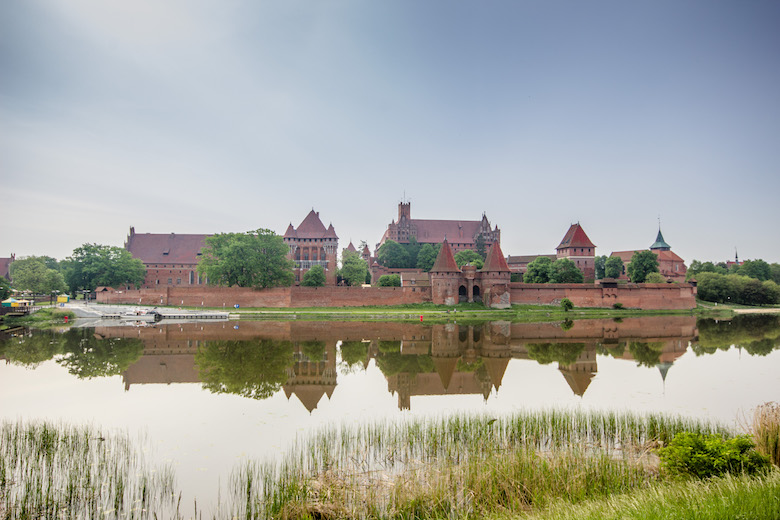 It’s likely easier to shield a castle from actual intruders than it is to defend its reputation. At least that’s the case for a few fortresses scattered throughout Europe which are in the running for the title of “world’s largest castle,” including Malbork Castle in northern Poland.

While a quick Google search shows a difference of opinion (and math, apparently) when it comes to which one ultimately deserves bragging rights, popular opinion is that Malbork Castle is the rightful winner—at least when inserting nouns like “brick” and “gothic” into the mix. 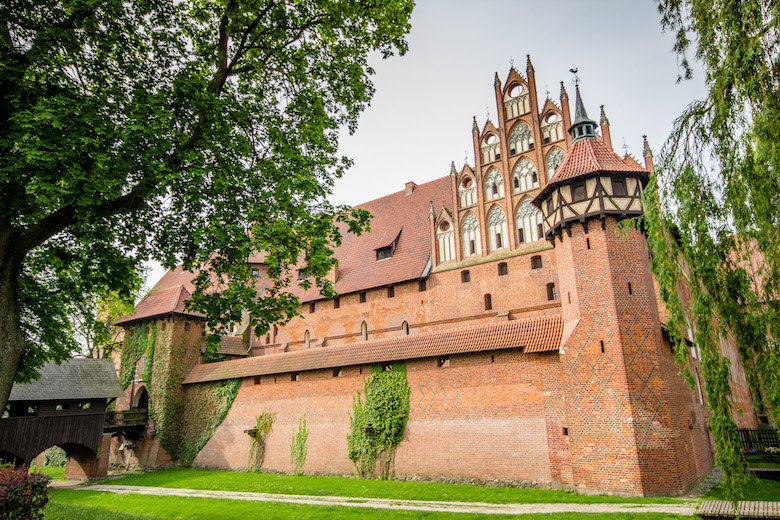 Where is Malbork Castle?

This Polish castle is found near the coastal city of Gdansk, which is a popular stop for cruise ships navigating the Baltic Sea. It’s possible to do a Malbork Castle tour in just half a day, since the drive out to Malbork takes less than an hour. This makes it one of the most popular day trips from Gdansk, and some people travel from as far as Warsaw to see this spectacle. 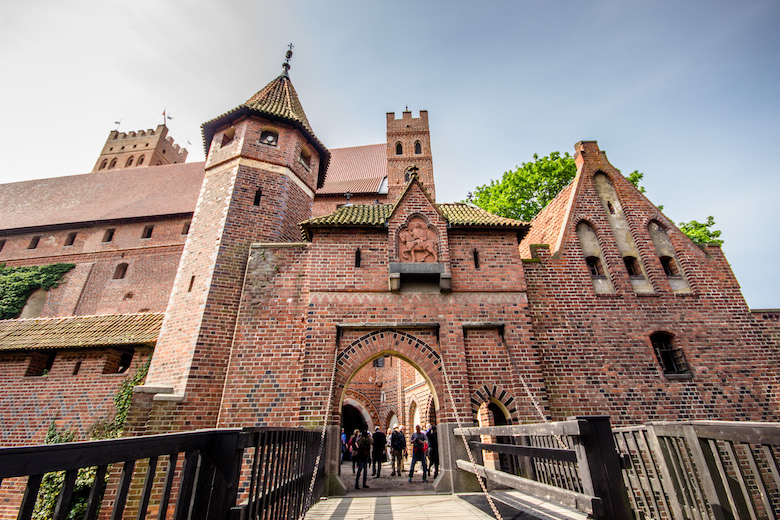 Completed in the early 1400s by the Teutonic Knights of the German military order, Malbork Castle sprawls out over 52 acres and is considered the largest brick structure ever built with human hands. Those Germans sure didn’t mess around! Originally named Marienburg (Mary’s Castle), the mammoth complex made up of three separate castles is a masterpiece of fortification, and was used as the headquarters of the crusaders. At one point, approximately three thousand men were housed in the barracks. 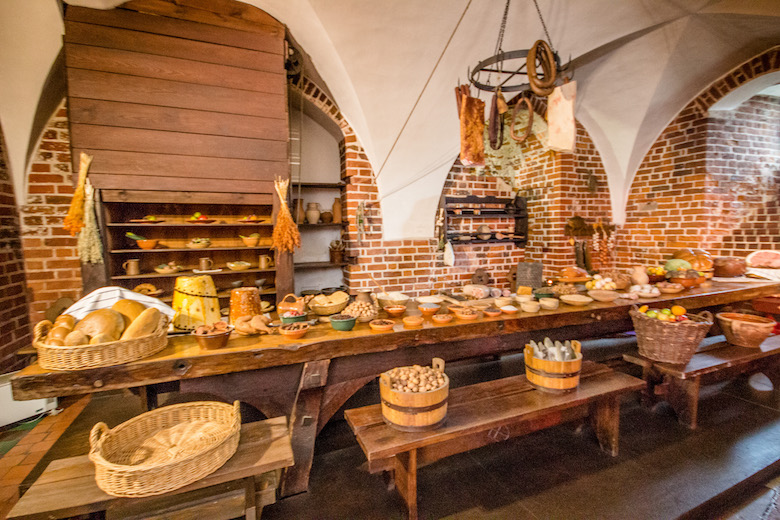 A depiction of what the kitchen would have looked like

Throughout the ages, Malbork Castle served as a main military, economic and religious centre for the Great Masters of the Order, before changing hands and becoming the residence of Polish rulers. During the Prussian period, it was severely under utilized as warehouse space despite its enviable location on the banks of the Nogat River, marking the beginning of its demise. 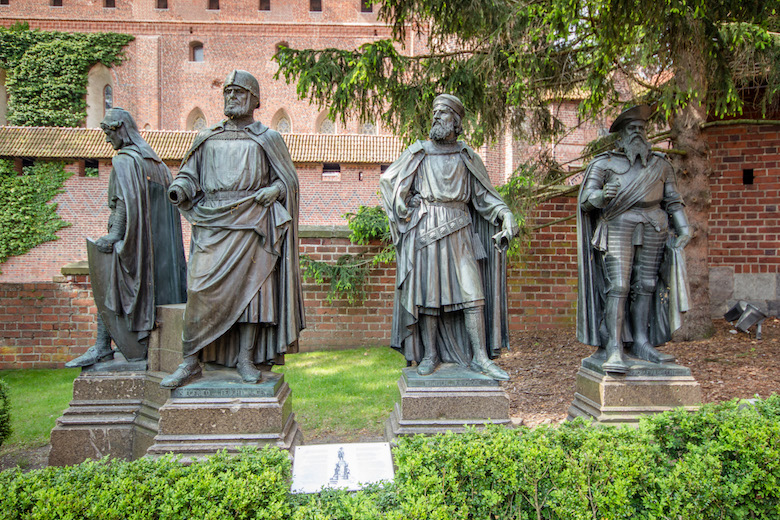 Statues of the Grand Masters

Unfortunately, even a compound as fortified as Malbork Castle couldn’t escape the horrors of World War II, and in 1945 it was badly damaged to the point it was reduced to little more than ruins. Thanks to a gargantuan undertaking, it has since been raised from the ashes and painstakingly rebuilt, earning a UNESCO World Heritage Site designation in 1997 as well as being named one of Poland’s official historic monuments. 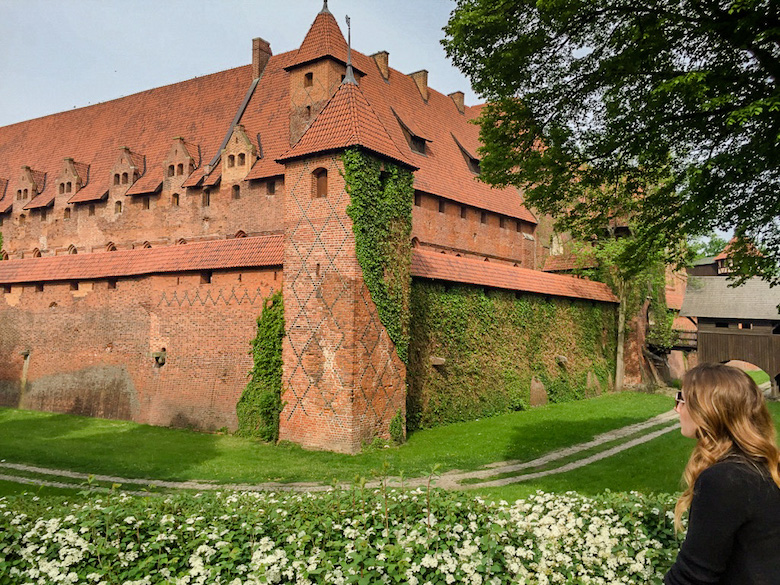 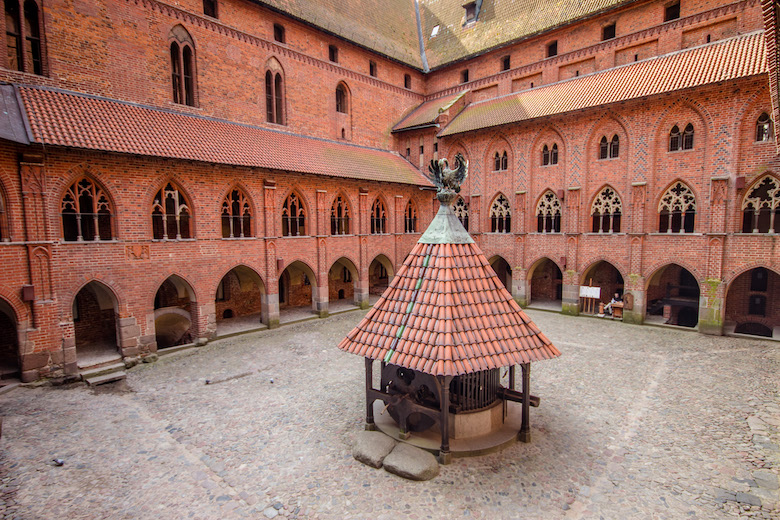 Today, visitors are welcome to roam the castle grounds, with many day-tripping from cities such as Gdynia or charming Gdańsk to explore the expansive courtyard and trek along the long corridors that branch off into exhibition halls adorned with armour, ceramics and even tapestries dating back to the 1500s. 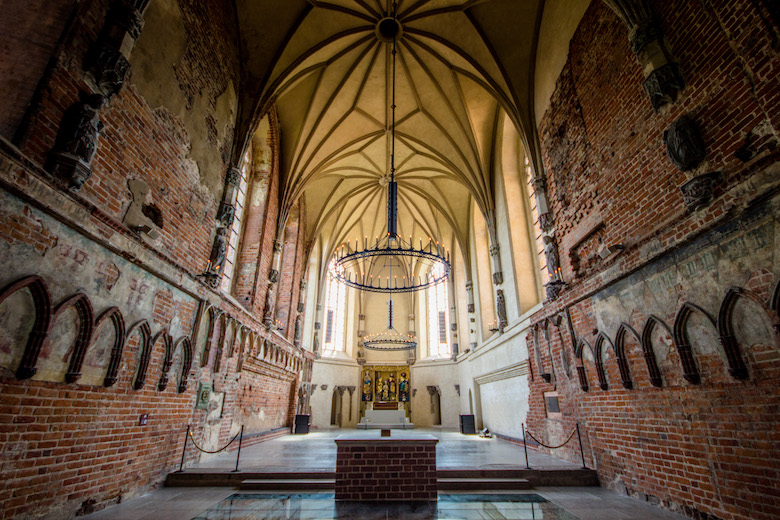 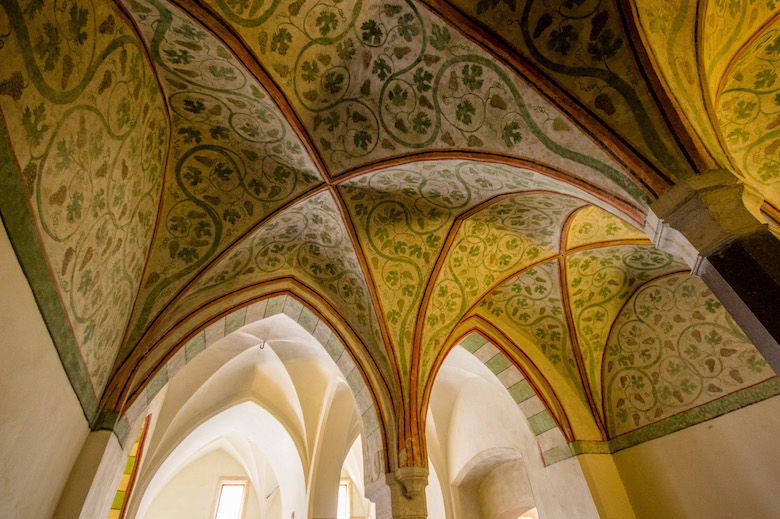 Of note is the Great Refectory, which served as a reception room that the Grand Masters entertained guests in. Be sure to look up—way up—and admire the three tree-like pillars, which branch up to a stunning vaulted ceiling. 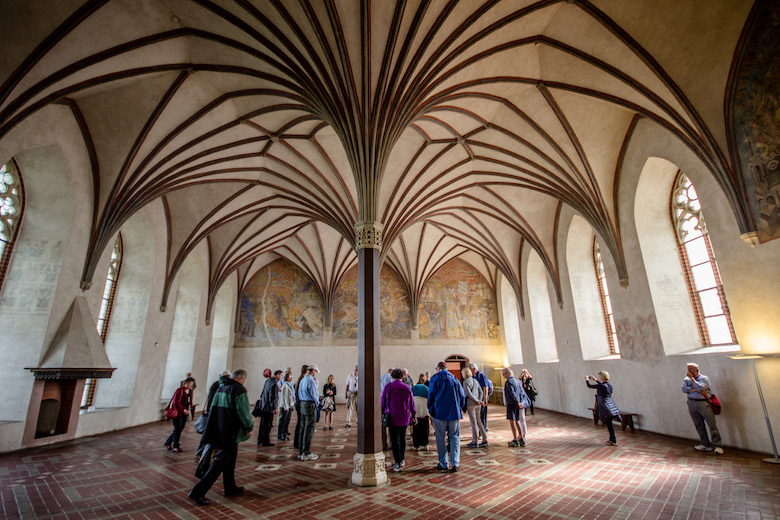 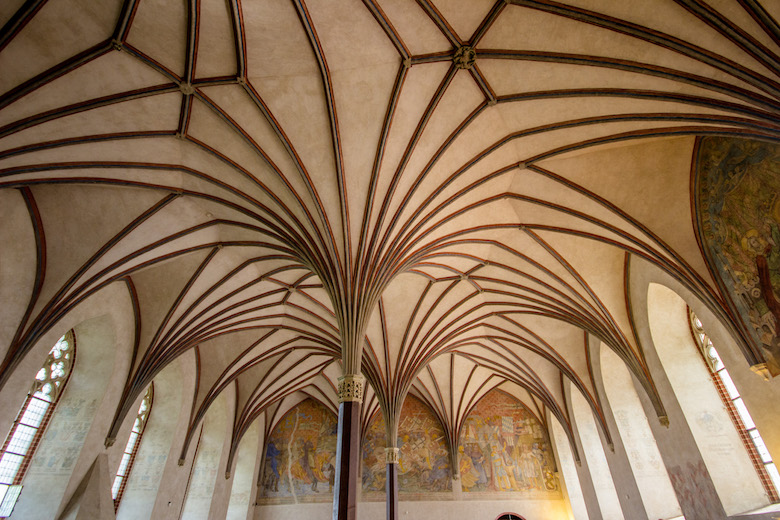 History buffs will also want to pay particular attention to the collections of artifacts curated by what is now the Malbork Castle Museum, which include coins, sculptures, and products made from amber, a gem still revered in the area to this day.

Regardless of whether or not grandeur Malbork Castle goes down in the record books as the world’s largest castle, there’s no denying the impressive feat of human engineering and endurance makes it deserving of the title. 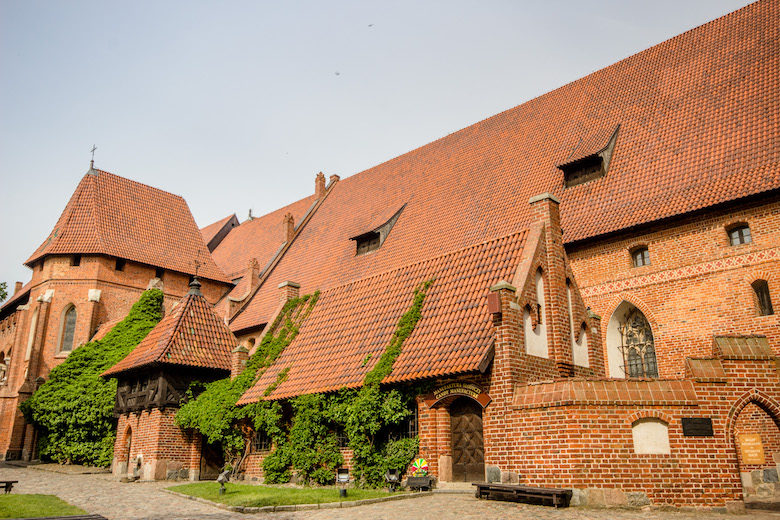 How to get to Malbork Castle from Gdansk: It takes about 45 minutes to drive to Malbork from Gdansk, and it’s even easier to take the train. Hop on at the main station, Gdansk Glowny, and you’ll make it there in as quick as half an hour if you take the direct EIC trains. Click here to see all of the options and pre-book tickets.

Malbork Castle tickets: Visitors are welcome to explore the exterior of the castle for free, and the view from the Nogat riverbank is fantastic. Tickets can be purchased at the front gates to explore inside, and guided tours and audio guides are available. There’s even a night tour, where the medieval walls are illuminated and a guide dressed as a Teutonic Knight will lead you through the interiors. Click here for the most updated ticket prices and hours of operation. 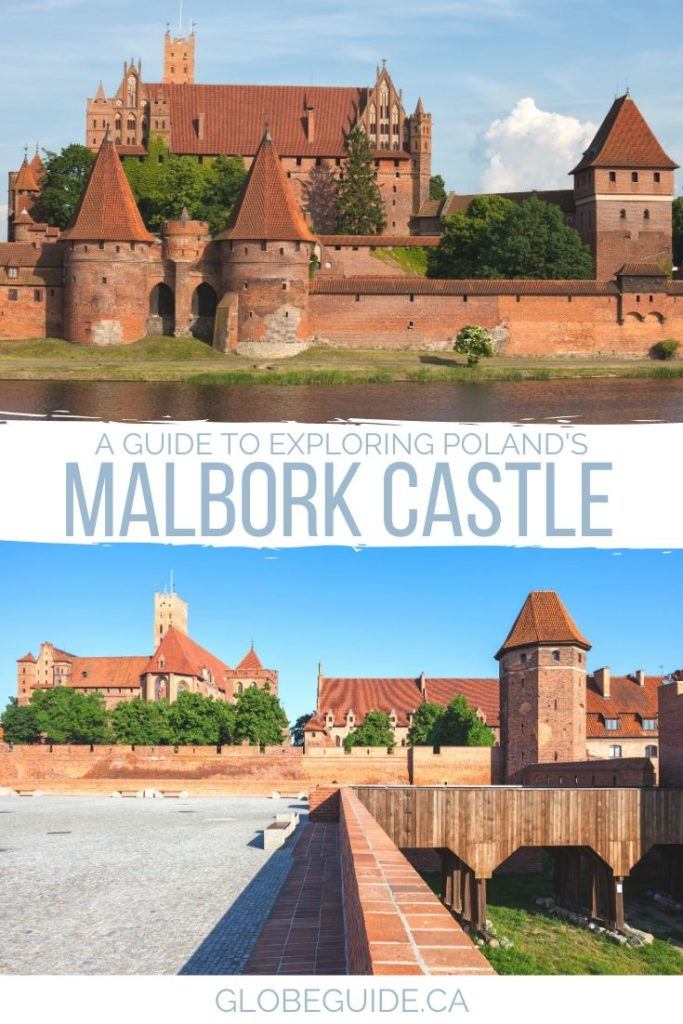 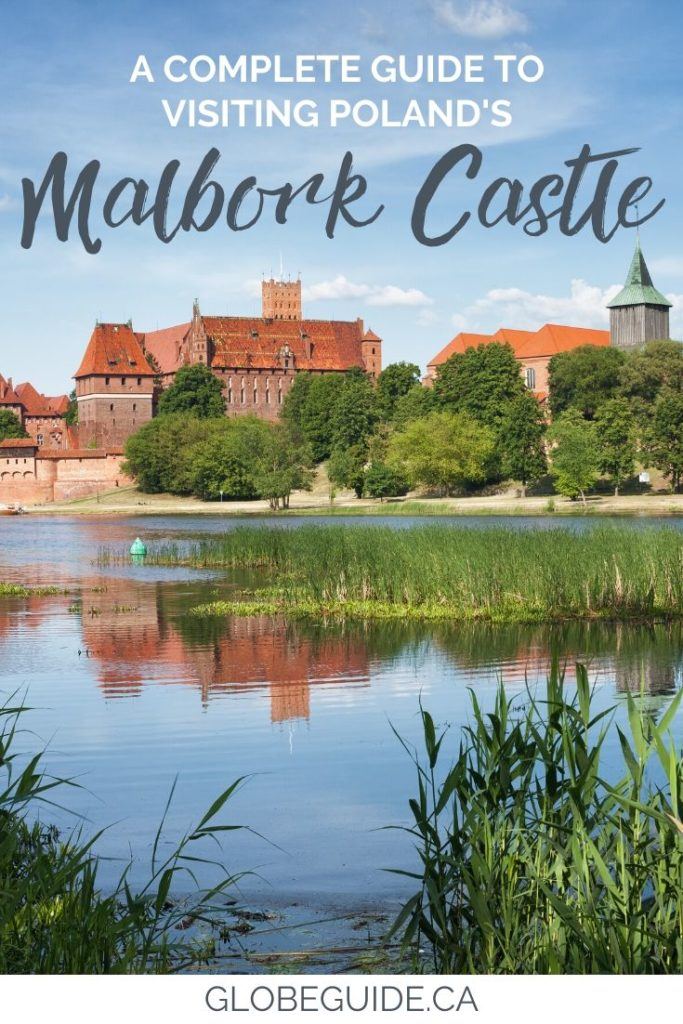 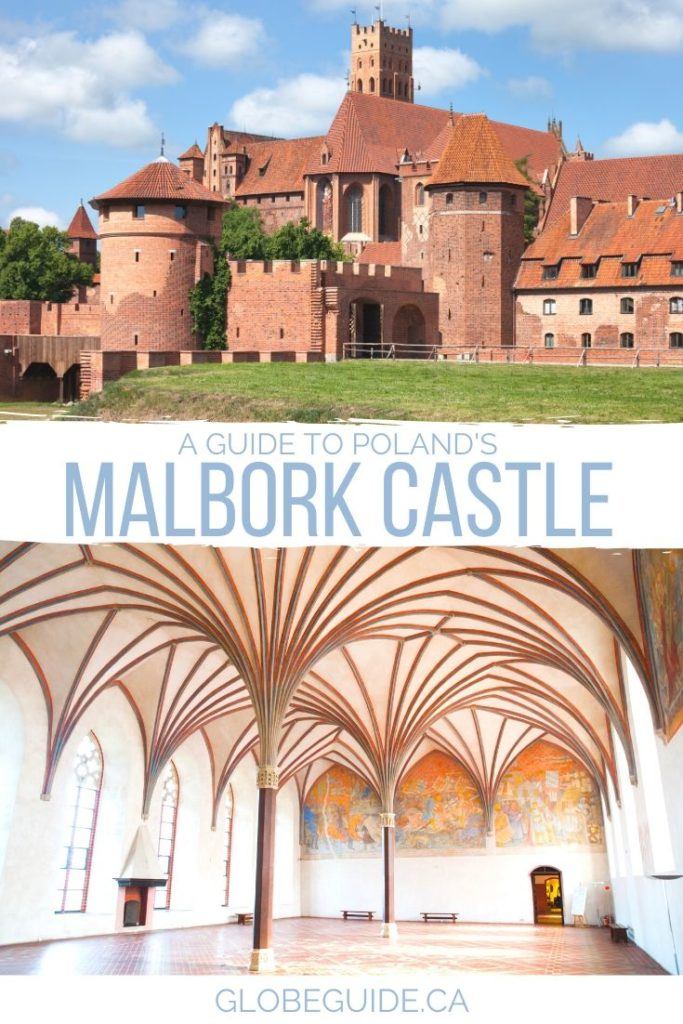