Stepping back in time in Regensburg, Germany 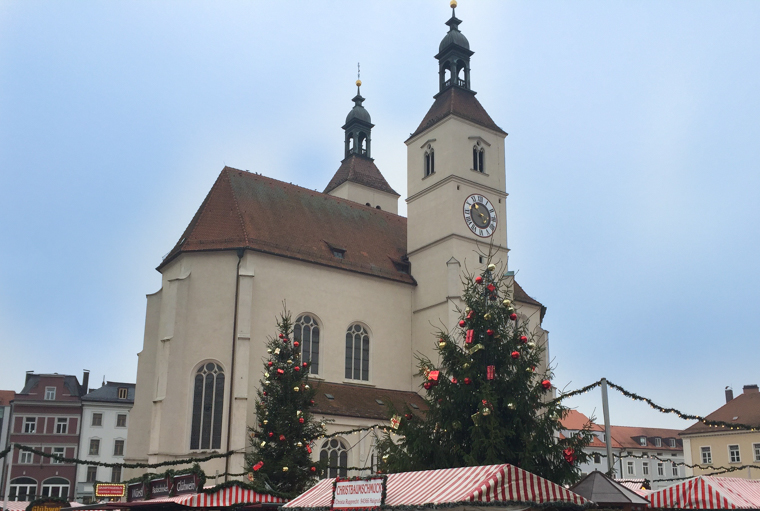 Being one of the world’s best preserved medieval cities, it’s easy to feel like you’re stepping back in time when visiting Regensberg, Germany. Dating back over 2,000 years, it managed to avoid being bombed during World War II, meaning the stone houses and enchanting old town remain just as they were hundreds of years ago.

While the city is now filled with university students and modern stores such as Zara can be found just steps away from the centuries-old cathedral, Regensberg has still managed to retain its old-world charm. Here are some of the best spots that have stood the test of time. 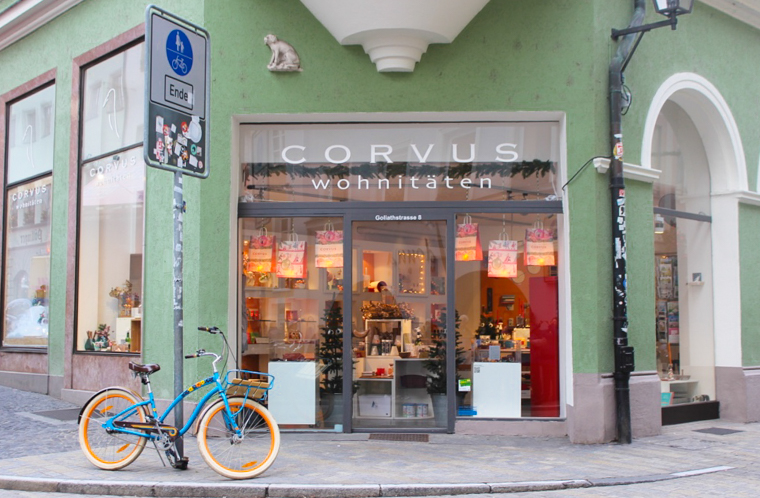 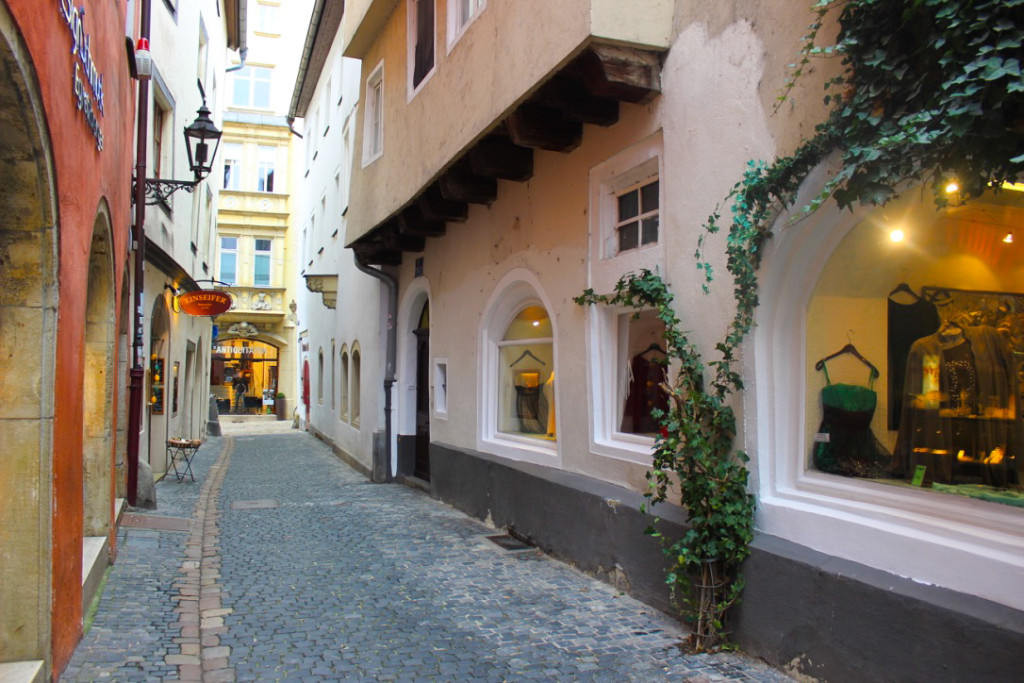 Towering over the old town since about 700 AD, Regensburg Cathedral (or St. Peter’s Cathedral/Dom St. Peter depending on who you ask) is a marvel of gothic architecture. Its twin steeples are nearly 350 feet high, meaning you can see them from just about anywhere. Unfortunately the cathedral fell victim to fires, and had to be painstakingly rebuilt in the 1300s. 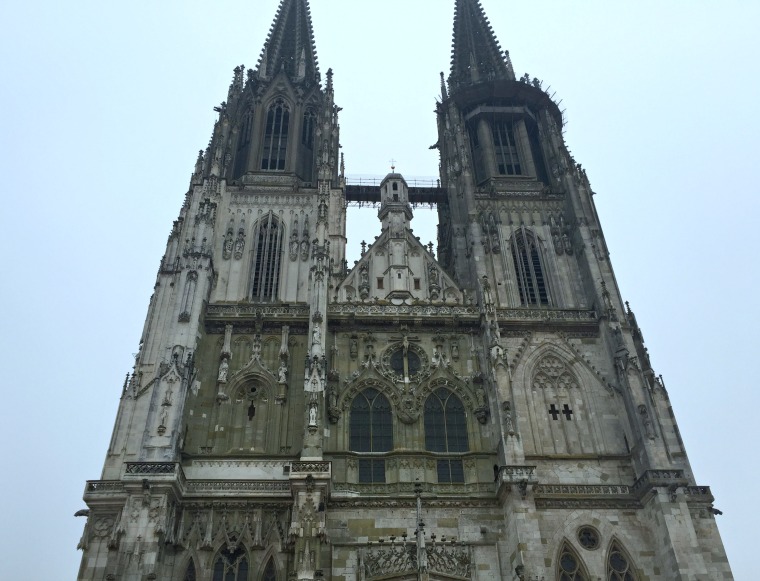 The cathedral is impressive from the outside, and it’s well worth a visit inside (entry is free) to see features including the altar and colourful stained glass windows which date back to the 14th century. 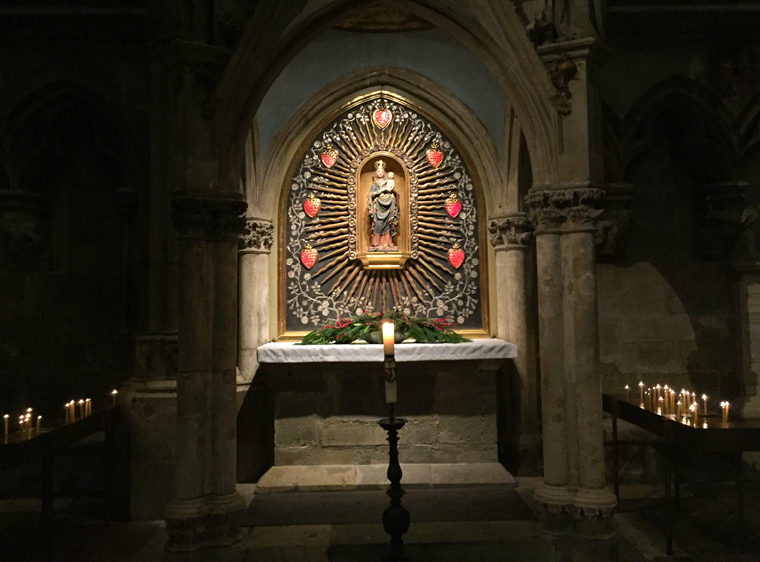 To be honest, one of Regensburg’s most famous landmarks is a bit of a dud (eep sorry!). But here’s why: the name essentially sums it up. The romanesque Old Stone Bridge was constructed back in the 1100s, and was once one of the only ways to cross the Danube River. Not only was it an important piece of infrastructure, but it also had three towers which made it rather picturesque. However, one had to be demolished while another was destroyed during the Napoleonic Wars, so only the south tower remains today. 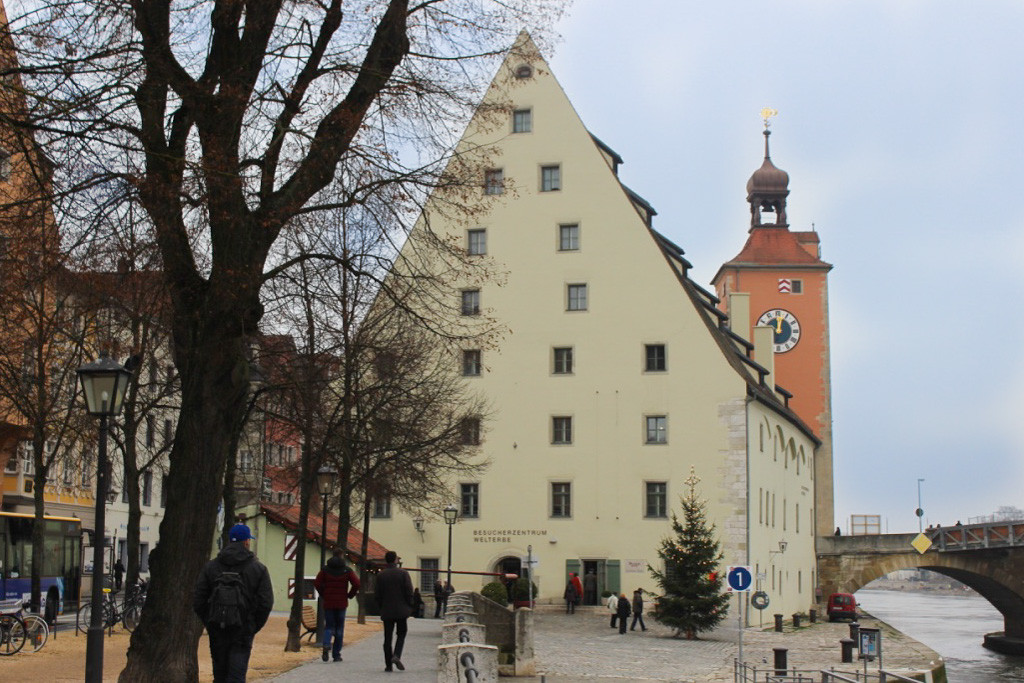 The waterfront where the Old Stone Bridge and its lone tower are located.

Today, it’s…a stone bridge. A bridge that just so happens to be under major construction, so it will still be a few years until all the scaffolding that covers it will be removed. But there’s no denying it’s stood the test of time, and is still worth seeing if you find yourself in Regensburg.

Regensburg’s claim to fame is that’s it’s home to the “world’s oldest pretzel” (I’m not making that up). And you can add another to the list: “World’s oldest fast food joint.” OK so that one’s not official, but it’s safe to assume the Wurstkuchel which has stood along the banks of the Danube since the 1100s could claim the title if there were such a thing. 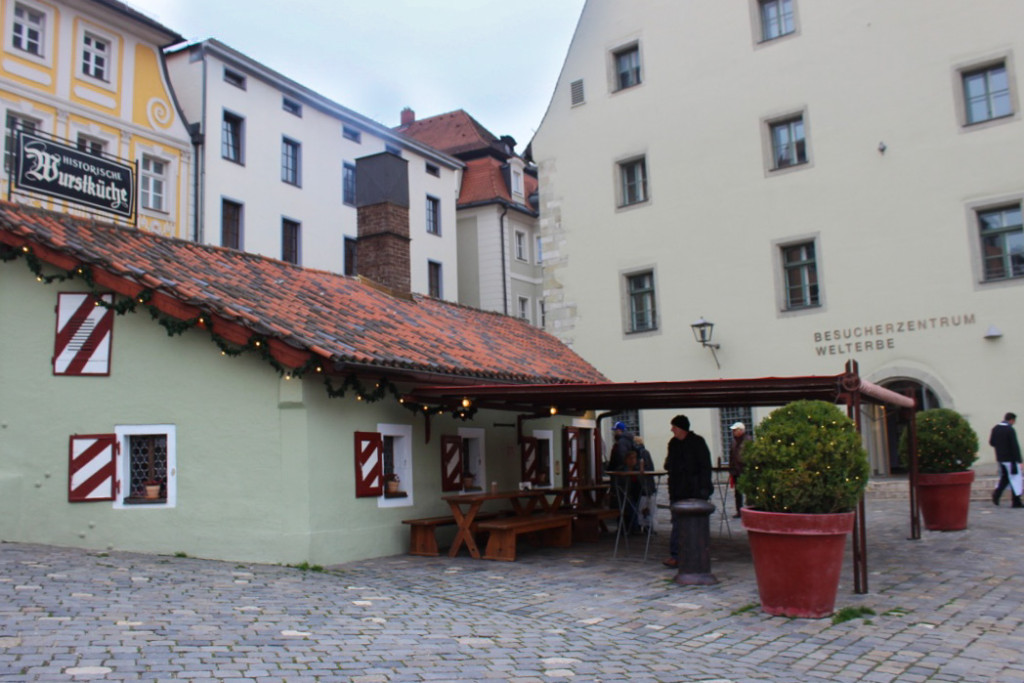 Located right beside the Old Stone Bridge, Wurstkuchel has been serving up sizzling sausage for centuries, along with traditional fare like pretzels, bratwurst and of course, German beer. Grab a pair of sausages doused in housemade sauerkraut, and drizzle it with their delicious sweet mustard. Even better, buy a jar of the mustard to bring home—you won’t regret it! 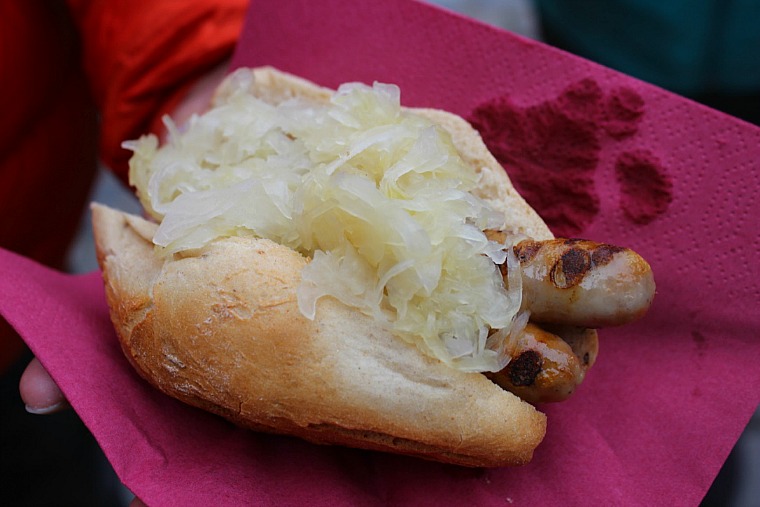 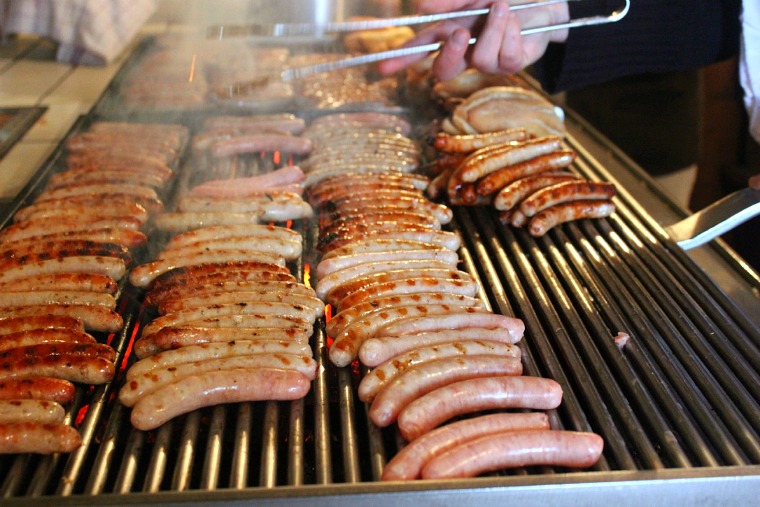 Finally, if you’re in Regensburg over the holiday season you’ll definitely want to stop in at one of the city’s Christmas Markets. 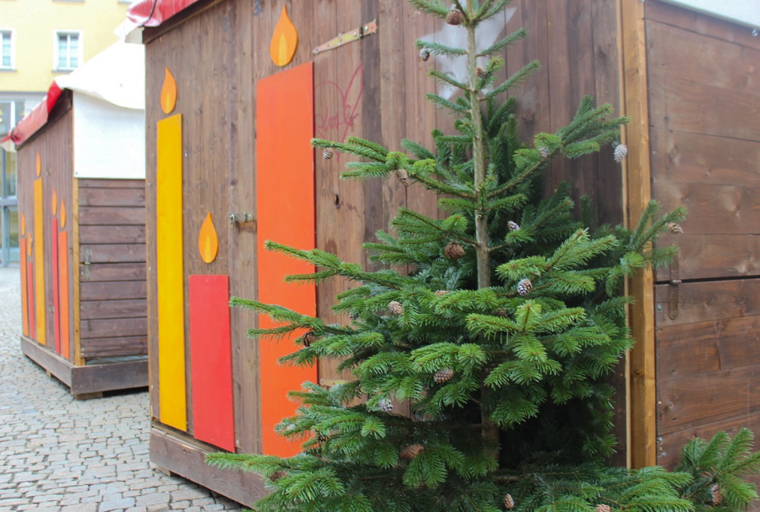 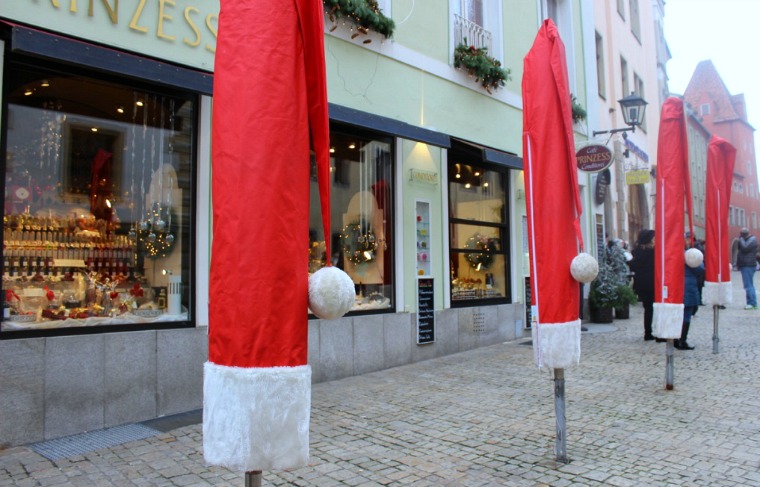 Even the umbrella poles get excited about Christmas in Regensburg!

The main one is found just steps away from the cathedral, offering gorgeous handcrafted decor such as hanging stars, boughs and wreaths, wooden toys, sweet treats and of course that famous steaming gluhwein.

RELATED: 5 things to know before visiting a European Christmas market 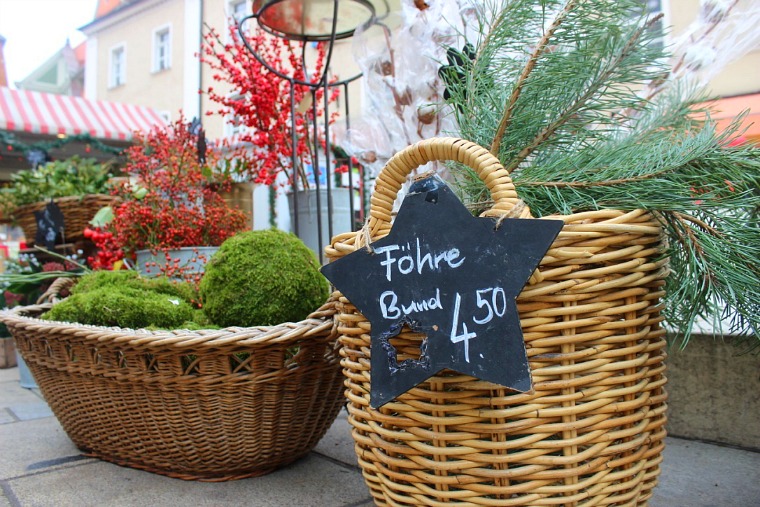 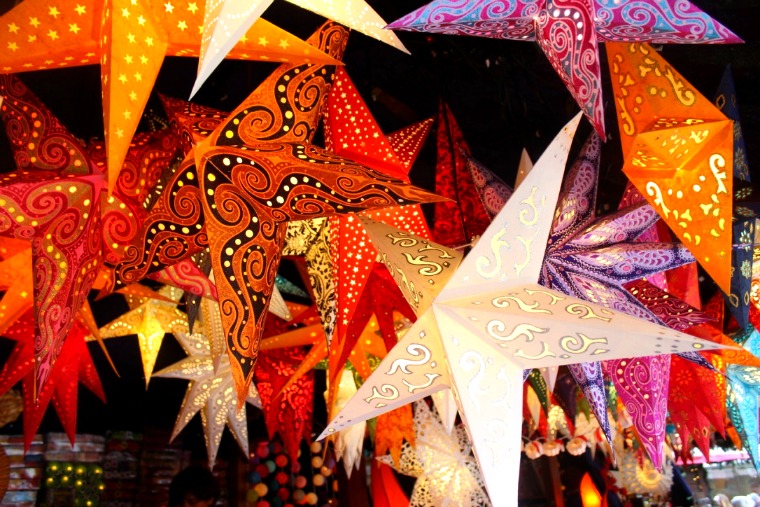 Decorative stars at a Christmas market in Regensburg

To really feel like it’s Christmas from about 300 years ago, head out to Thurn und Taxis. The palace used to be home to a noble German family, and today visitors can tour spots including its gorgeous marble staircase, the foliage-filled conservatory and exquisitely opulent ballroom. But the best part is outside in the courtyard, which is transformed into a winter wonderland every holiday season, complete with medieval fire pits. 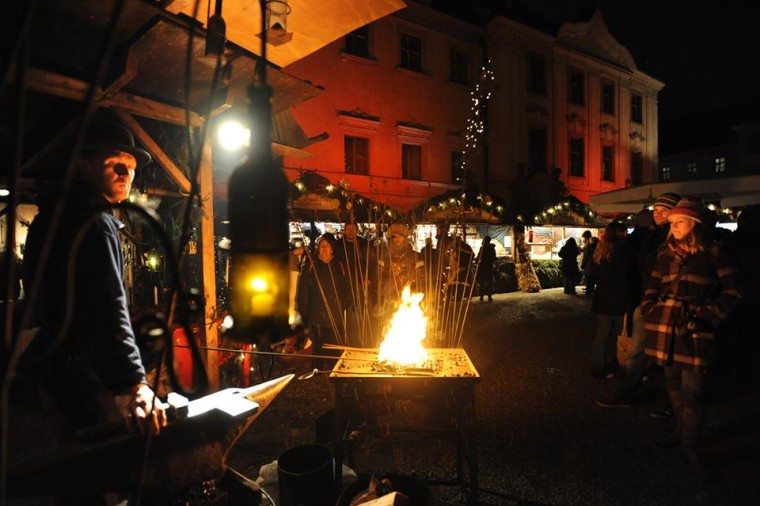 Why you should visit Wilhelmshöhe Park in Kassel, Germany 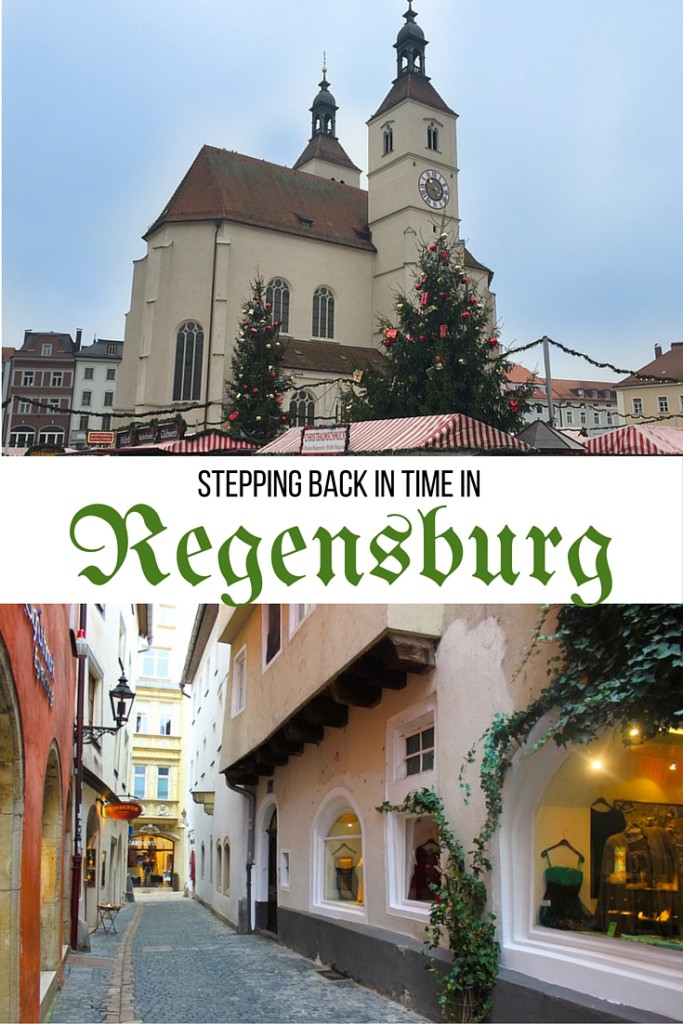