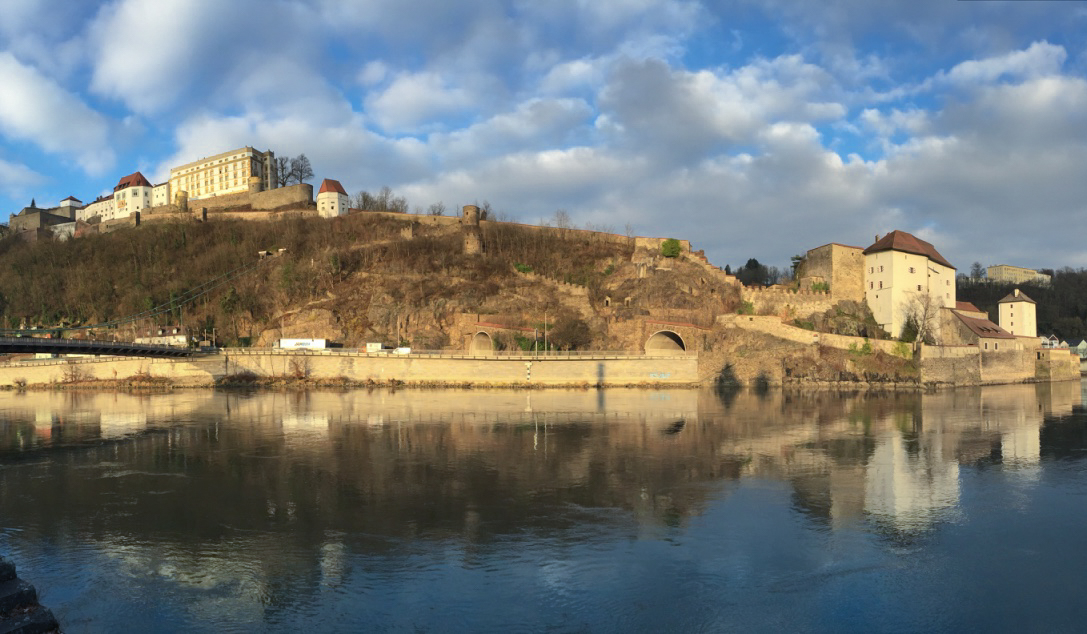 Passau, Germany is on the confluence of three rivers, borders both Austria and the Czech Republic and is steeped in history— yet chances are you’ve never heard of it. Admittedly, I didn’t know it even existed until I was invited on a Viking River Cruise along the Danube and saw the itinerary included a stop there. Silly me, I didn’t even think there’d be all that much to see.

Oh how wrong I was. Guys, Passau is just the cutest. I’m still trying to figure out why it cast such a spell on me, but maybe it was… 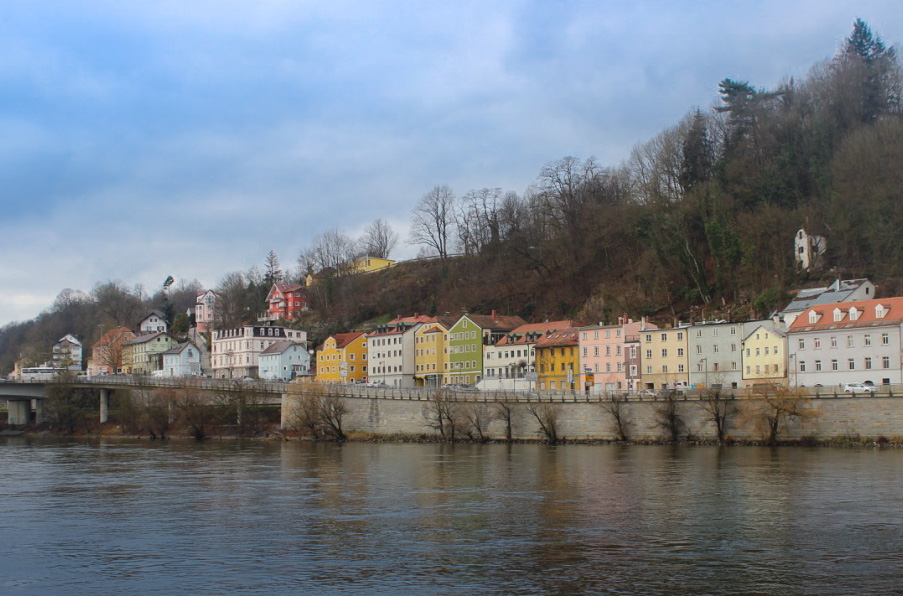 …St. Stephen’s Cathedral, which dates back centuries and I kid you not is the most stunning church I have ever set foot in. And I’ve been to Notre Dame. 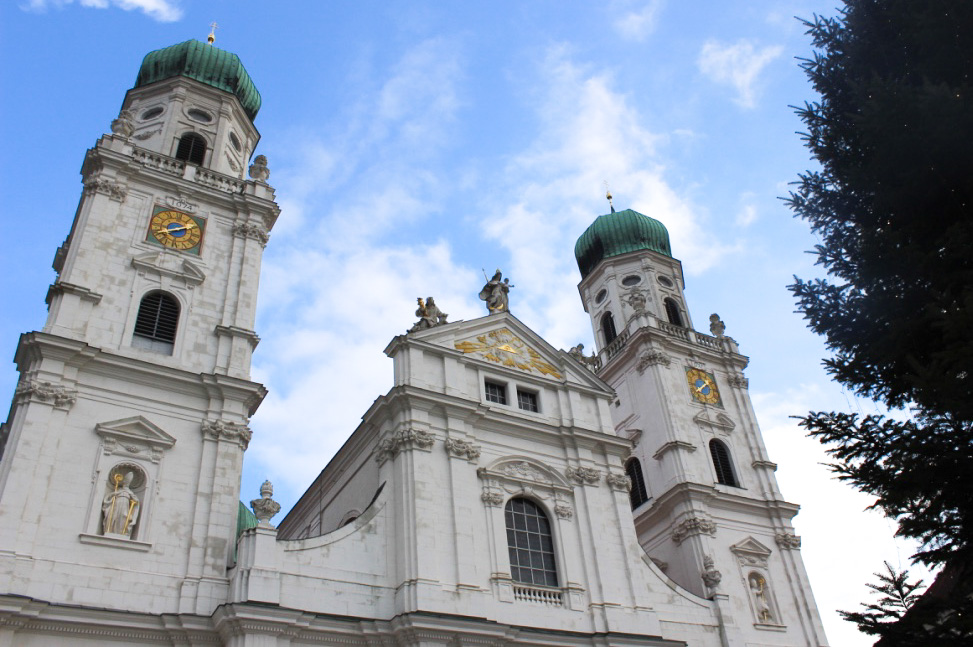 Its pure white facade and twin green domes look somewhat unassuming from the outside, but the real masterpiece is the interior. St. Stephen’s nearly burned to the ground during a devastating fire in 1662, and was painstakingly rebuilt by the Italians over the next 50 years. The result is a stunning baroque masterpiece, including beautifully painted frescos, towering columns, intricate sculptures and a gold gilded bishops stand. 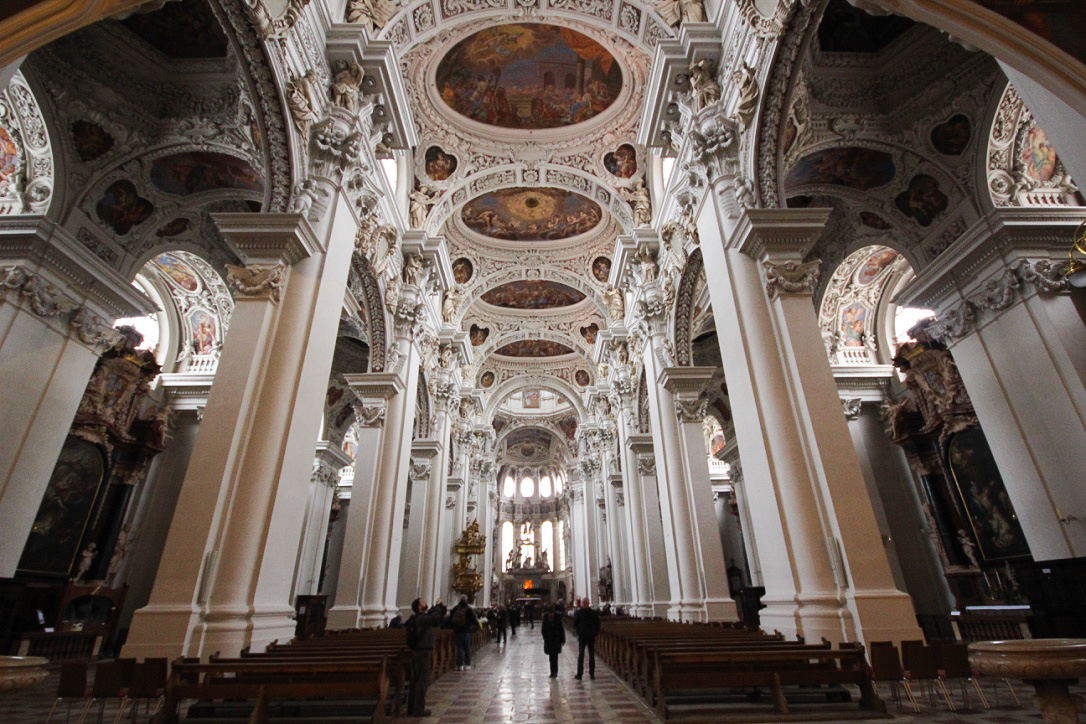 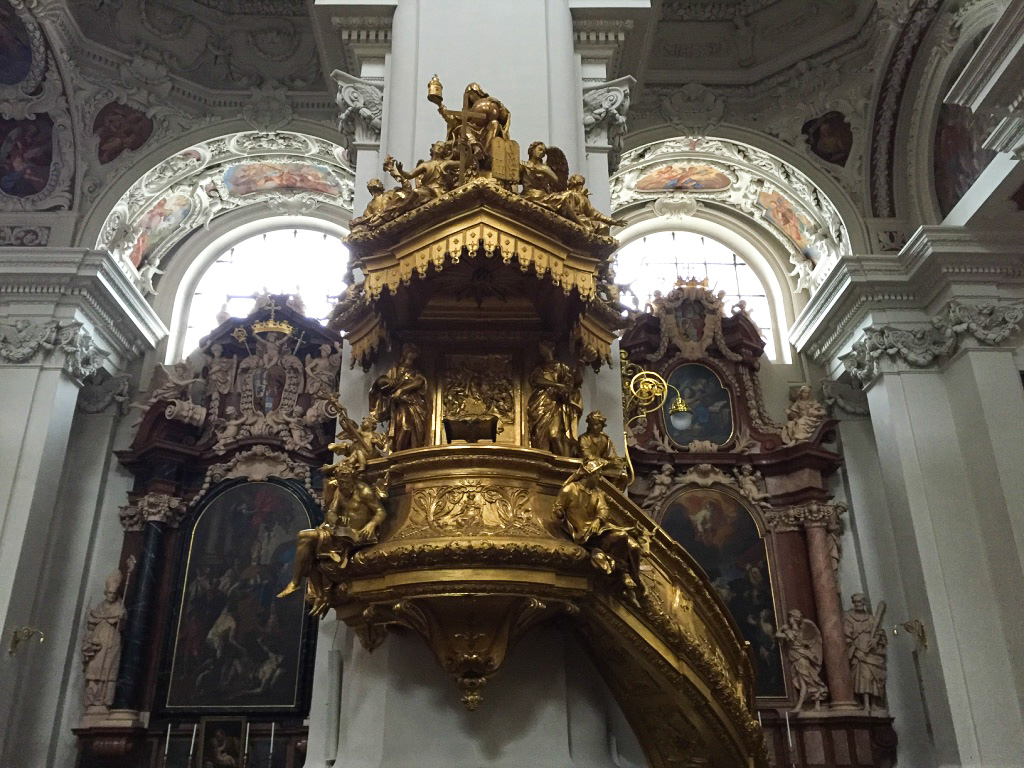 I sat quietly on a pew trying to take it all in, noting the fragrant incense and how perfectly maintained everything around me was. That shouldn’t come as a surprise, as Passau residents must pay an additional eight per cent of their income tax to the diocese, or essentially risk being excommunicated.

However, St. Stephen’s does have one other revenue source: its famed pipe organ. The instrument has nearly 18-thousand organ pipes and 233 stops, making it the world’s largest cathedral organ. From April to October everyday except Sunday, there are performances which show off its incredible acoustics. 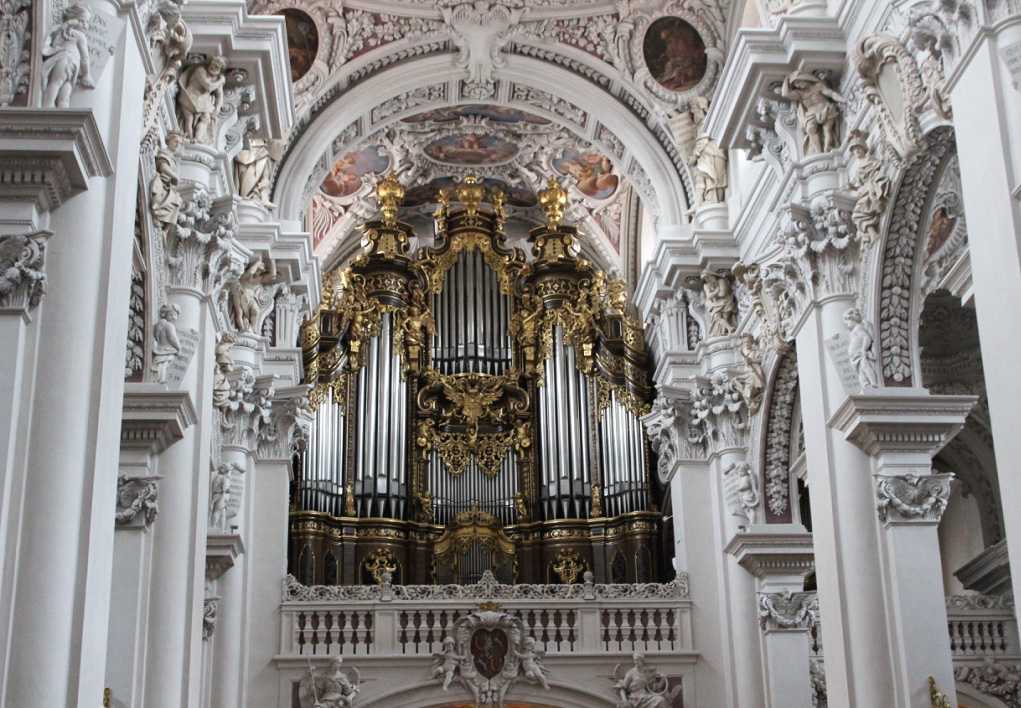 That alone would make a visit to Passau memorable, but since it was too cold for the organ to play when I visited during the winter I didn’t get to listen. So why did I love Passau so much? Maybe it was…

…the heavenly smell of fresh baked gingerbread, which wafted over me as I neared Simon Confiserie. Founded back in 1903, the family-run bakery is famous for its lebkuchen, which consists purely of honey, flour and spices. 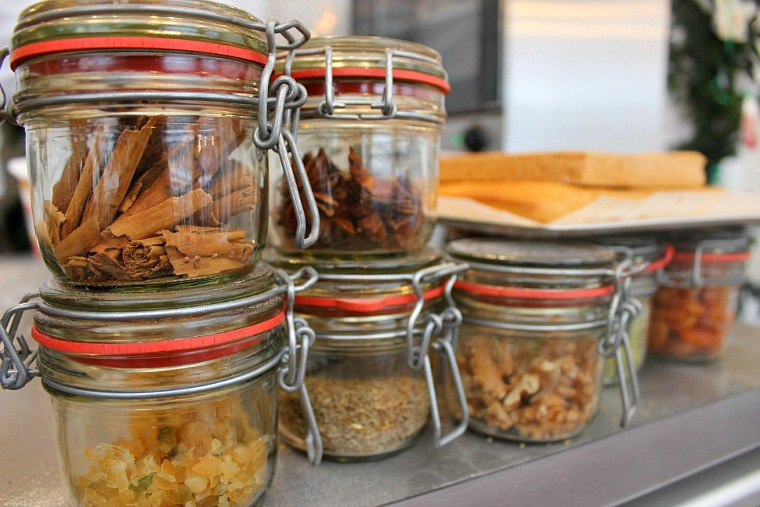 On a brisk December day, we were greeted with warm smiles and steaming mugs of glühwein as our group huddled together to watch father and son demonstrate how they make the traditional treat. Different varieties of the cookies were passed around for us to nibble on, including a batch topped with marzipan which turned out to be my favourite. 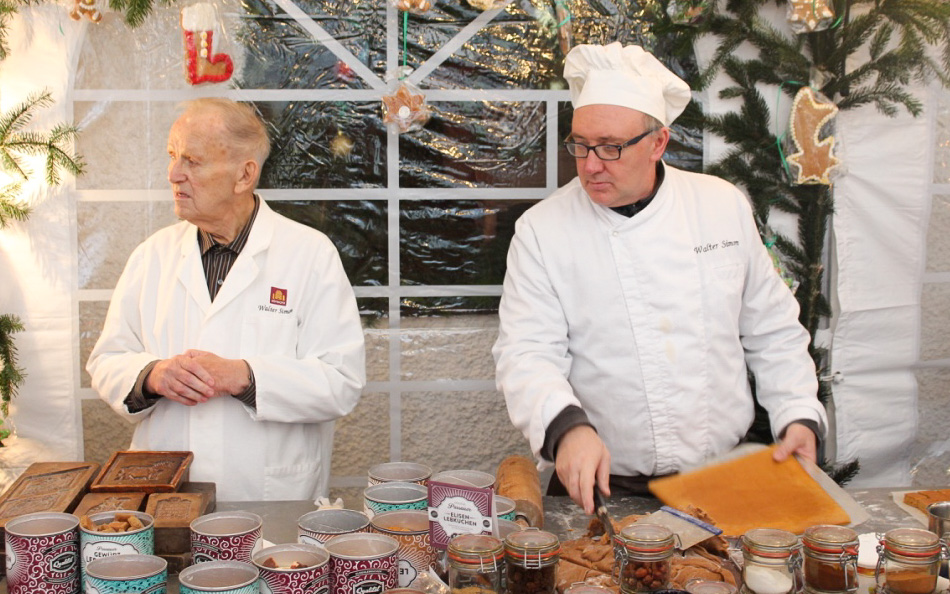 The Simons demonstrate how they make their famous gingerbread 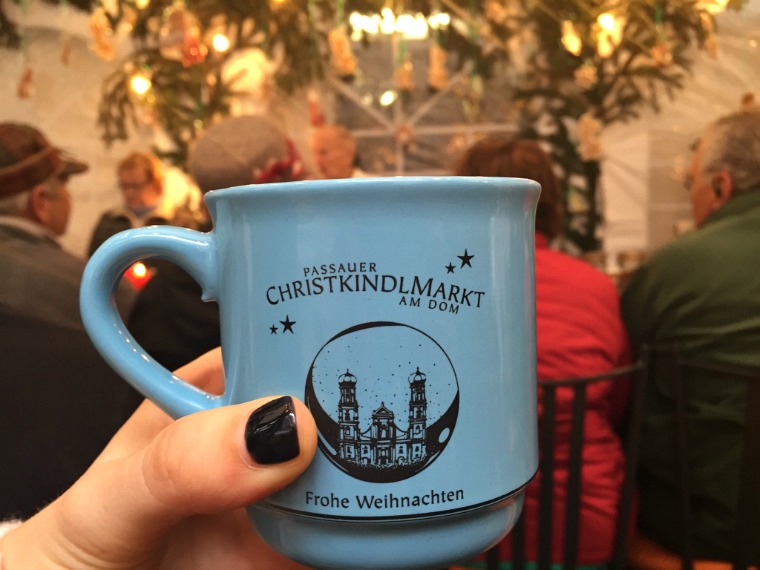 After filling our bellies with the sweet treats, we headed inside to Cafe Simon, which was packed full of people sipping on espresso while tucking into cakes and strudels. Strolling by the glass display cases showing off the mouth-watering desserts, I had to restrain myself from grabbing full tins of the delicious gingerbread to take home. 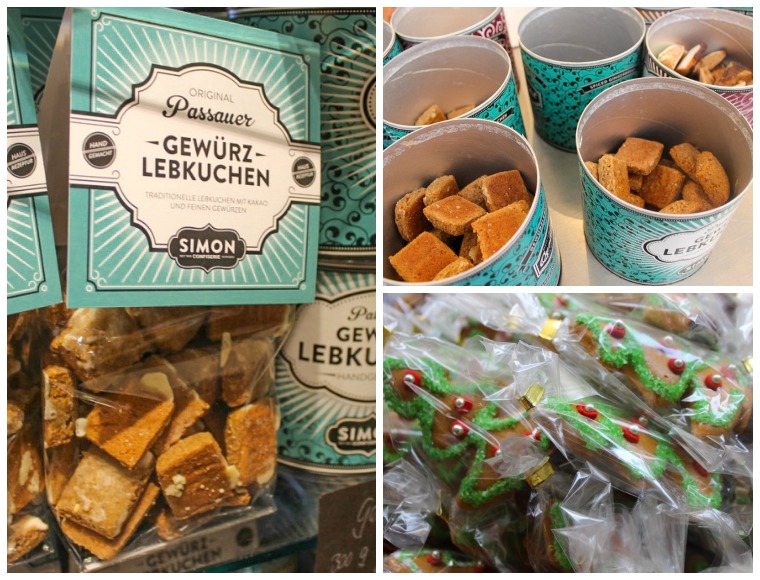 So since I didn’t actually gorge on gingerbread, what was it about Passau that so enthralled me? Maybe it was…

…the fact that for such a small city, Passau has a rather fascinating history. Aside from the aforementioned great fire, it’s also been badly affected by flooding. Many of the buildings have markings demonstrating how high the water levels have been, with 2013 being one of the worst years when the river rose about 40 feet higher than usual. 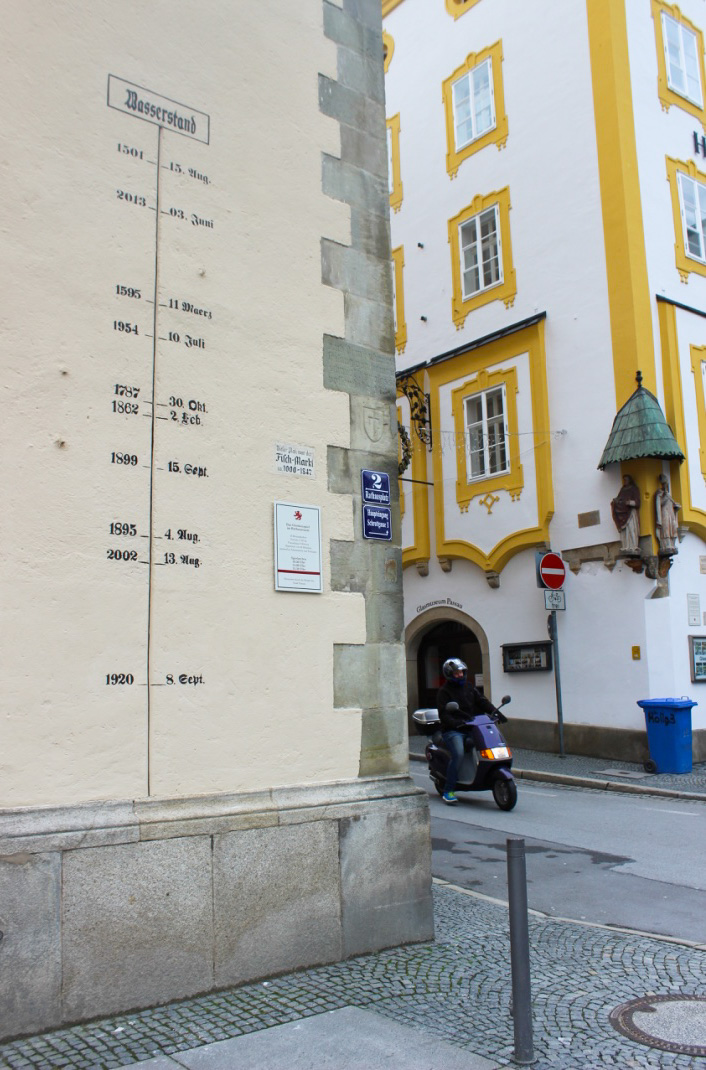 Fortunately, the Old Town has still maintained its charm, and the winding, cobblestone streets take visitors through underpasses and archways, alongside baroque churches, the town hall, shops, cafes and homes. 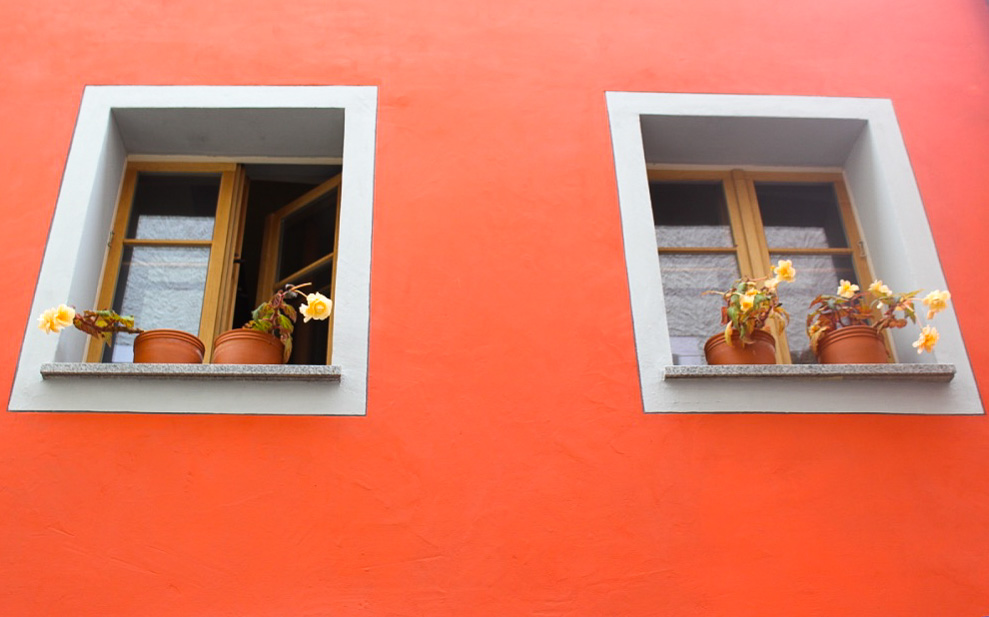 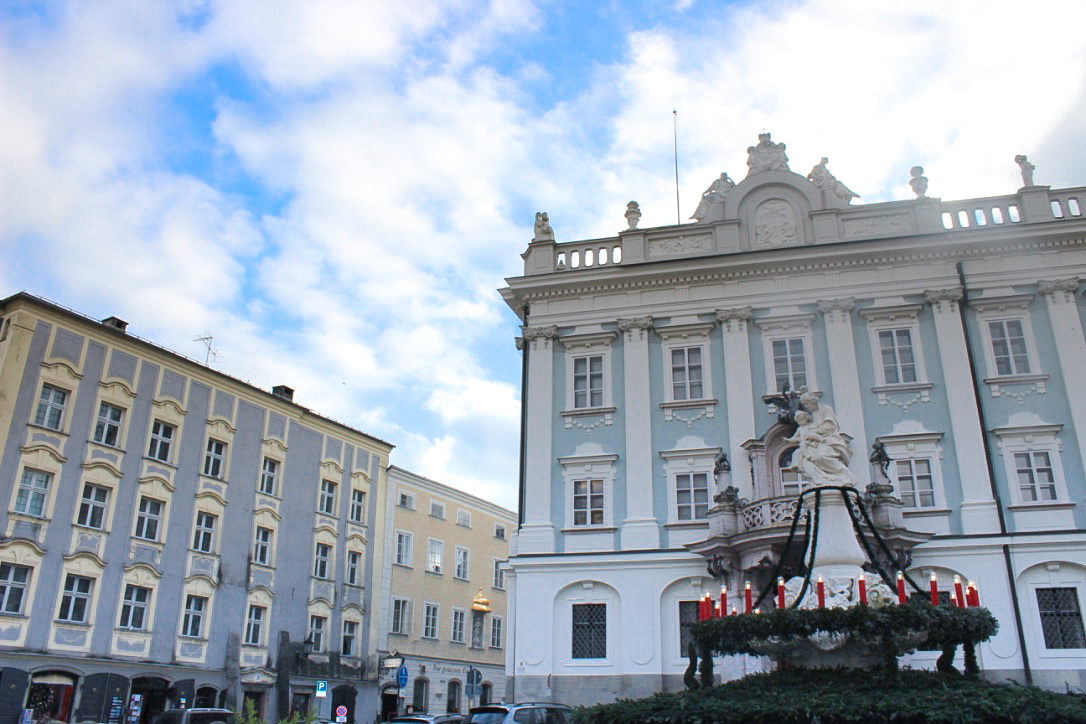 Much of the Altstadt is pedestrian only, and people tend to conglomerate in areas like the square in front of St. Stephen’s. This means there are many occasions when one finds themselves all alone, affording a perfect opportunity to soak it all in. 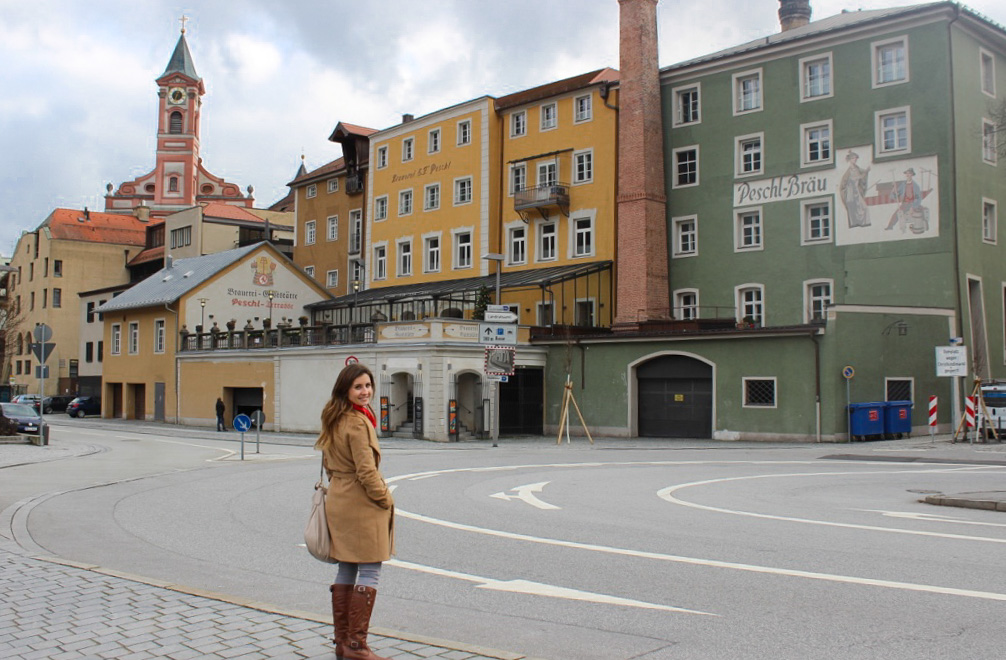 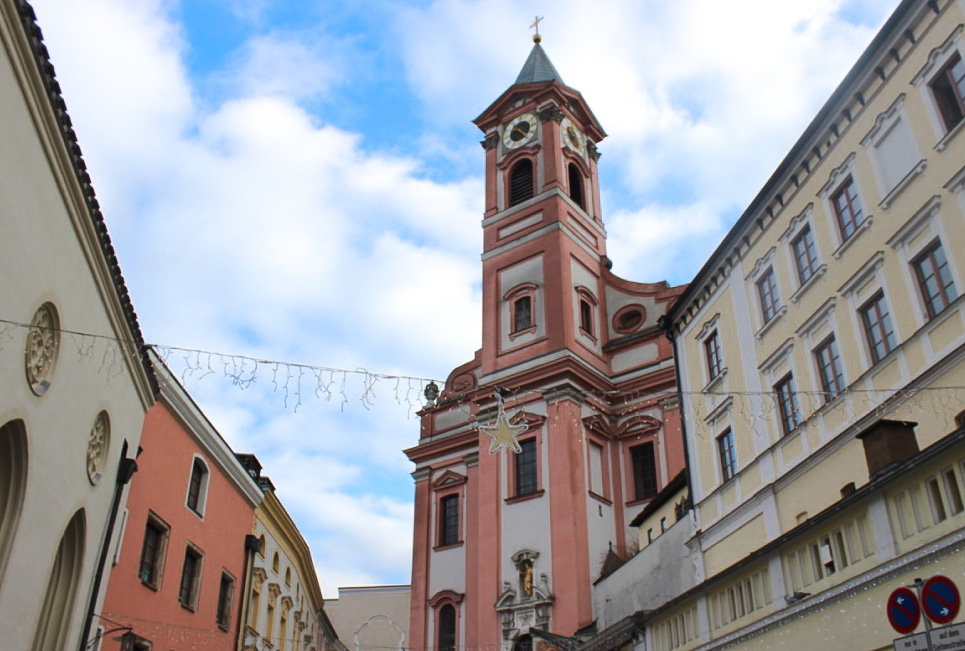 The waterfront affords a glimpse of a piece of history that Passau is not proud of: its links to Adolf Hitler. The Nazi-leader lived in a red-roofed home near the brewery when he was a toddler, which also marks the spot where history could have been changed forever.

It turns out that when he was a child, Hitler fell into the freezing river and was saved from drowning thanks to the brave actions of a neighbour who dove in to rescue him. It’s easy to imagine how conflicted that Good Samaritan felt decades later, when he realized who he’d saved from certain death. 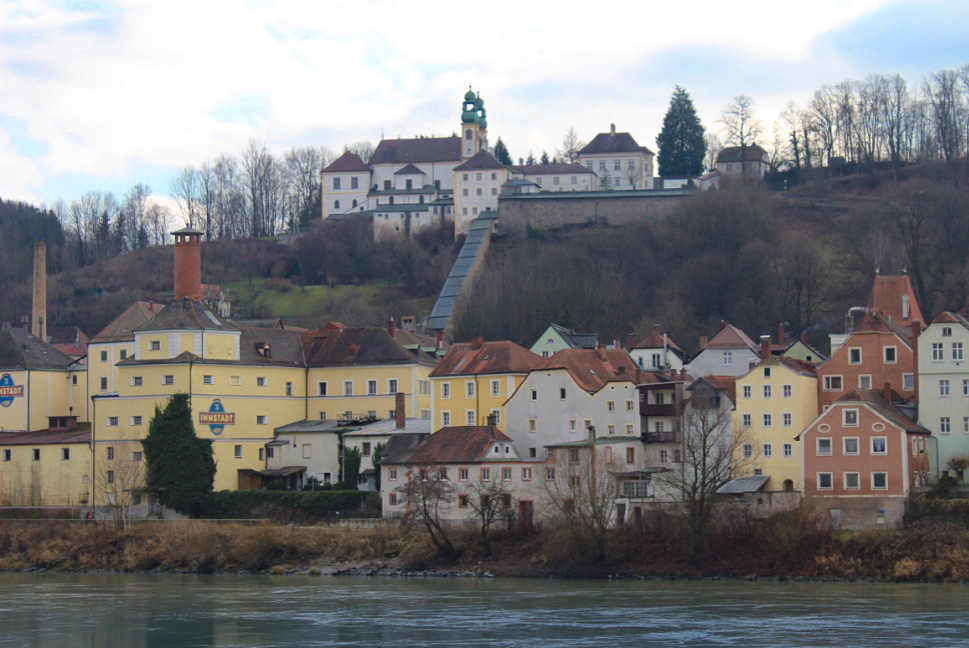 The area where Hitler lived as a child

Behind that infamous home, perched high on a hill looking down over the city is one of Passau’s most famous landmarks—Veste Oberhaus. The fortress was built in 1219 by the bishops of Passau, drawing from gothic, renaissance and baroque influences. Today, visitors can hike up the hill and head inside, where there is also a museum. 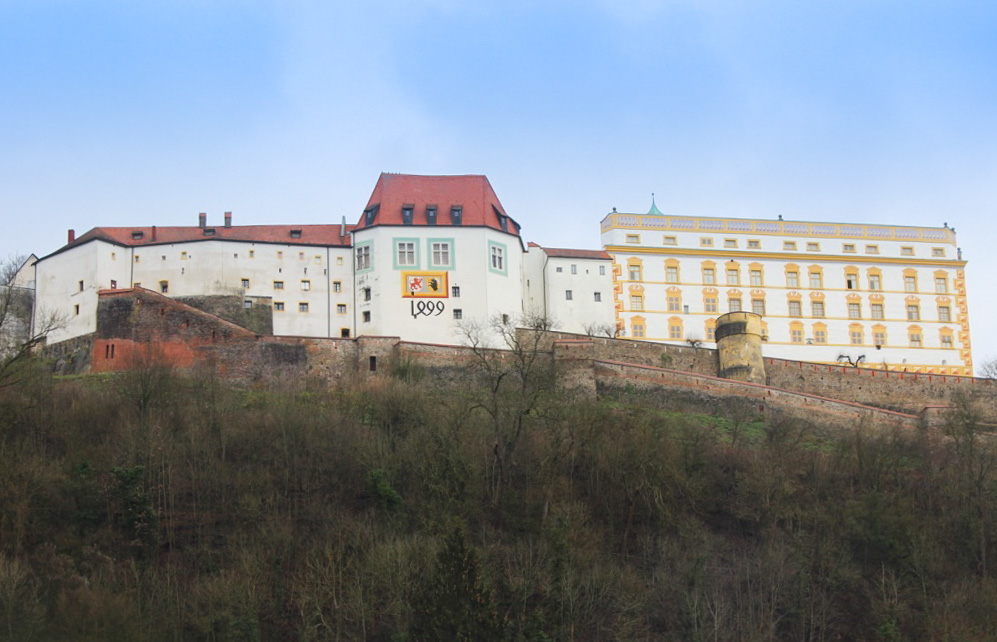 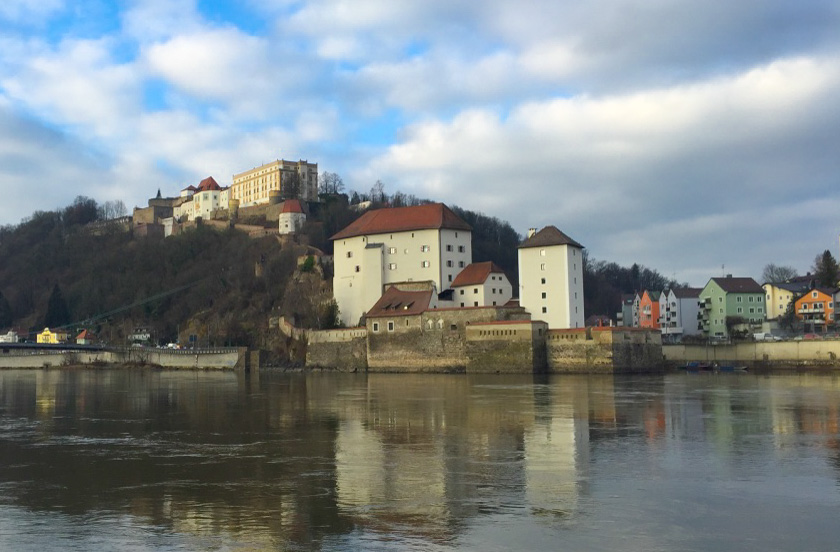 But I didn’t have time for the walk, so…

…maybe it was the shopping that made me so enamoured with Passau. Ludwig Street in the Old Town was a highlight, full of adorable little boutiques selling beautiful home decorations, clothing, and knickknacks like candles and homemade jam. 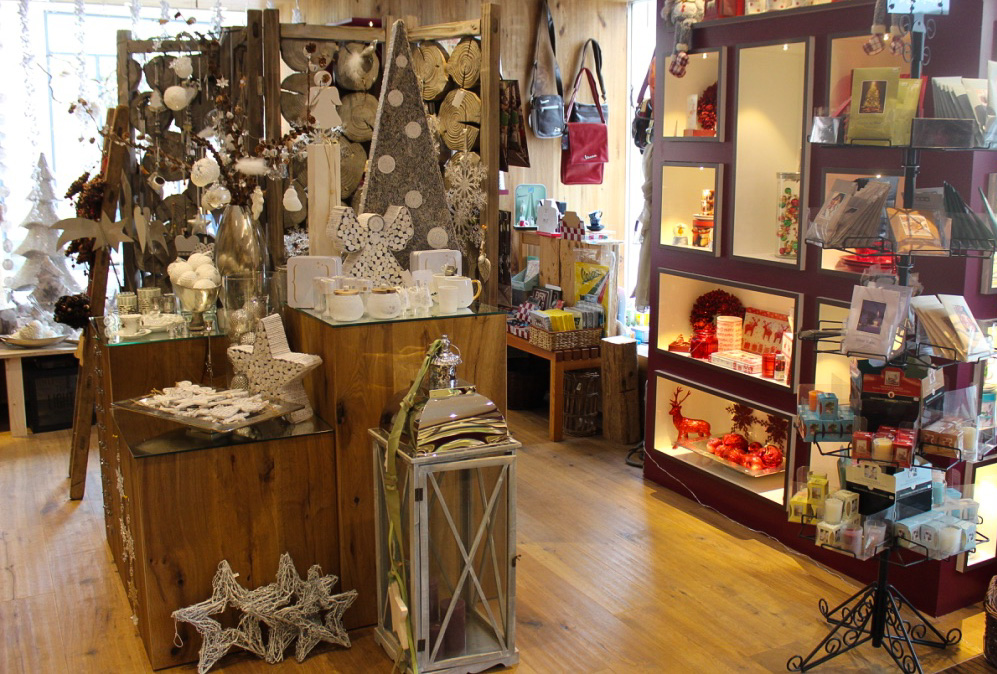 And who could forget the Christmas markets. Every year, a charming bunch of wooden stalls pop up in front of St. Stephen’s, selling treats like glühwein, gingerbread (yes, Simons has a stall here too!) and locally made handicrafts and ornaments. All merchants are required to only sell traditional goods, so you won’t find any “Made in China” labels here. 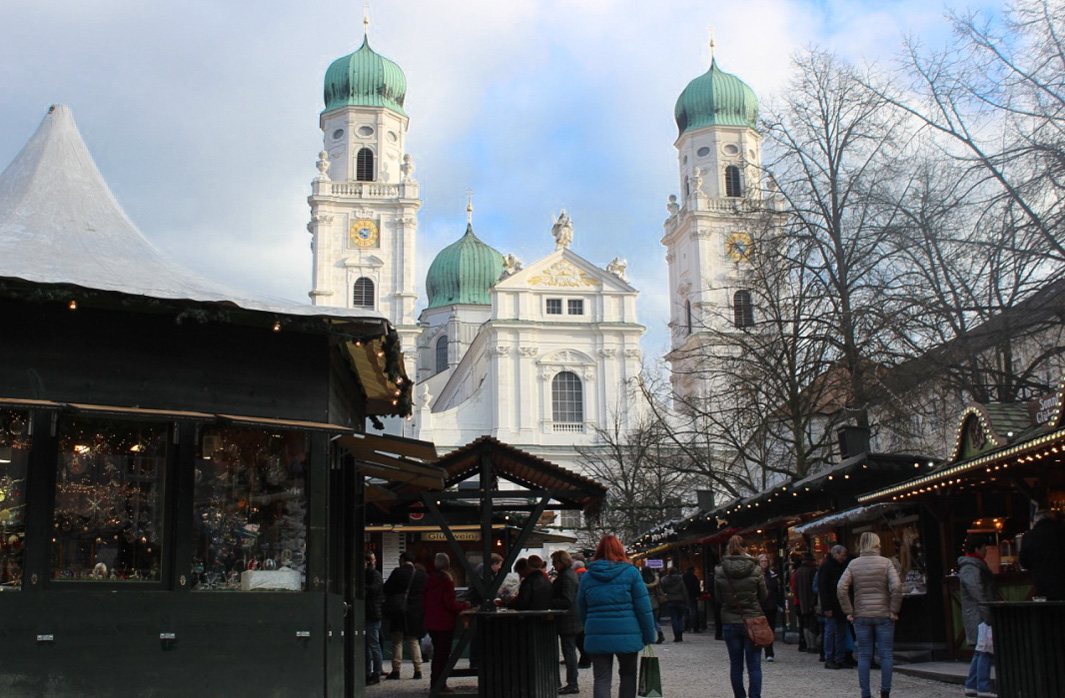 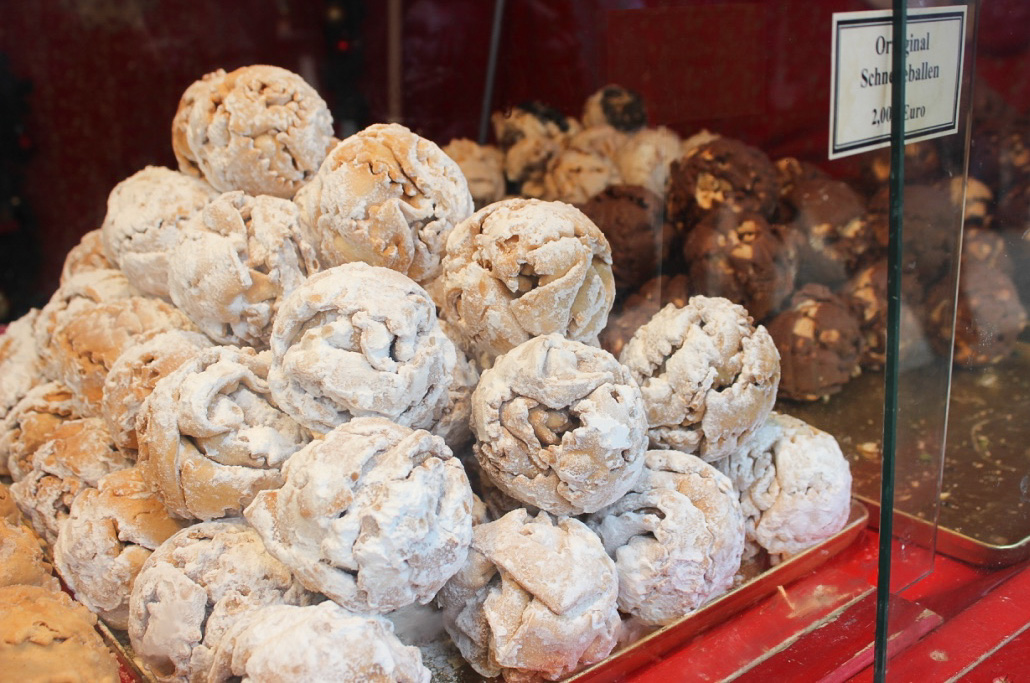 Oh, and let’s not forget about the infamous half metre bratwurst. Yes, that’s really a thing, and good lord is it ever delicious. 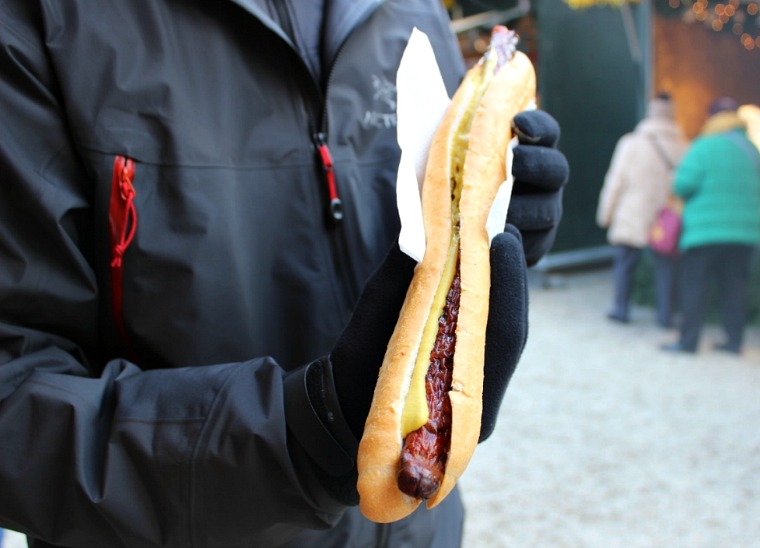 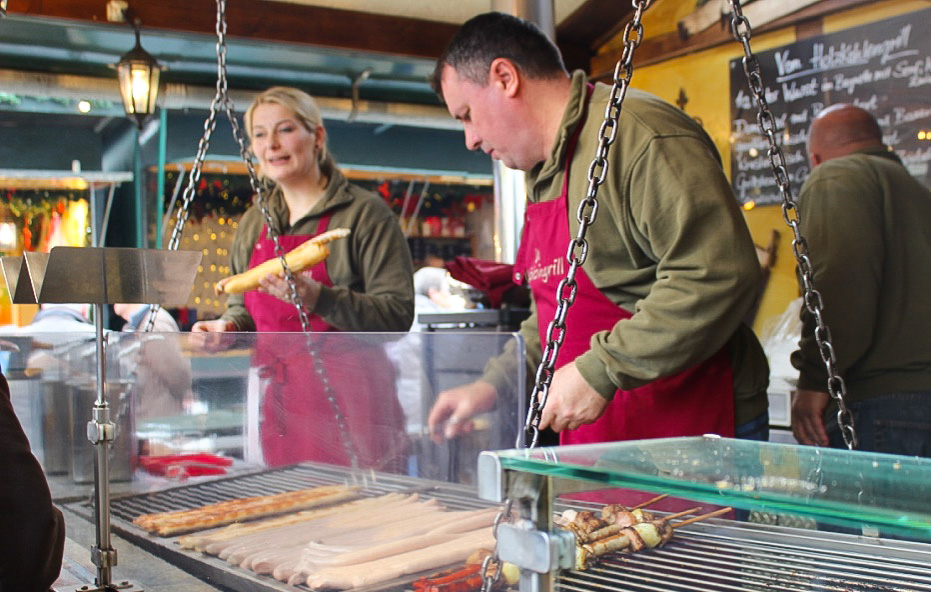 But I only had one bite of bratwurst, so that can’t be what made such an impression on me. Maybe it was…

…the waterfront, where the Danube, Inn and Ilz rivers meet. The phenomenon has earned Passau the moniker “City of Three Rivers,” and the perfect spot to see it is about a 20 minute walk from the city centre at what’s called Conjunction Point. The area has green space, a playground and benches, making it a great place to relax. 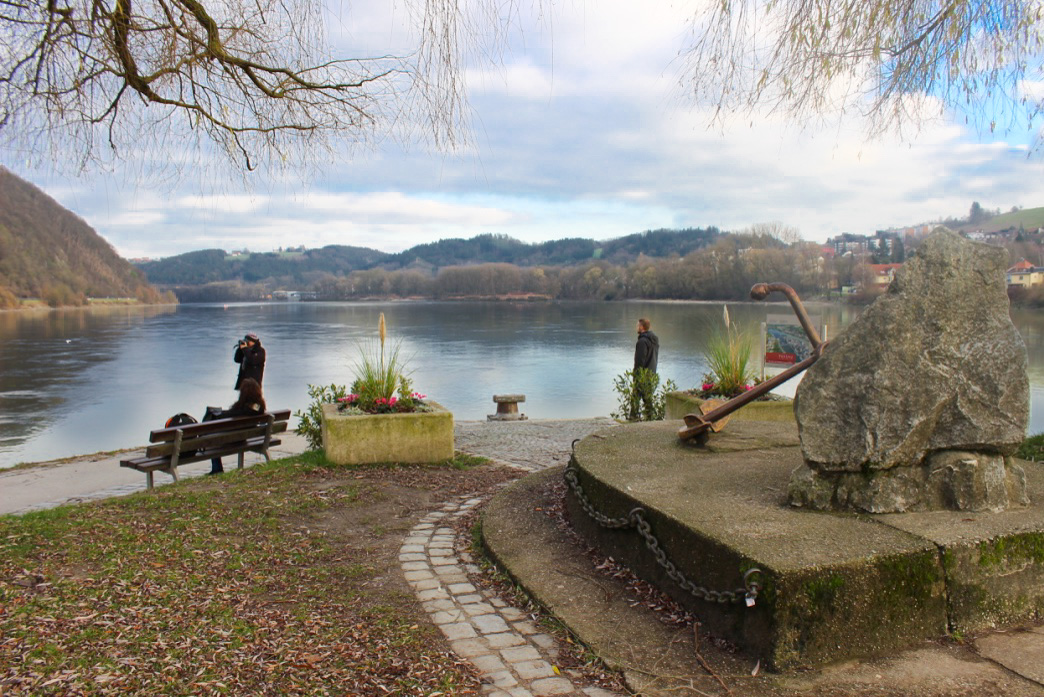 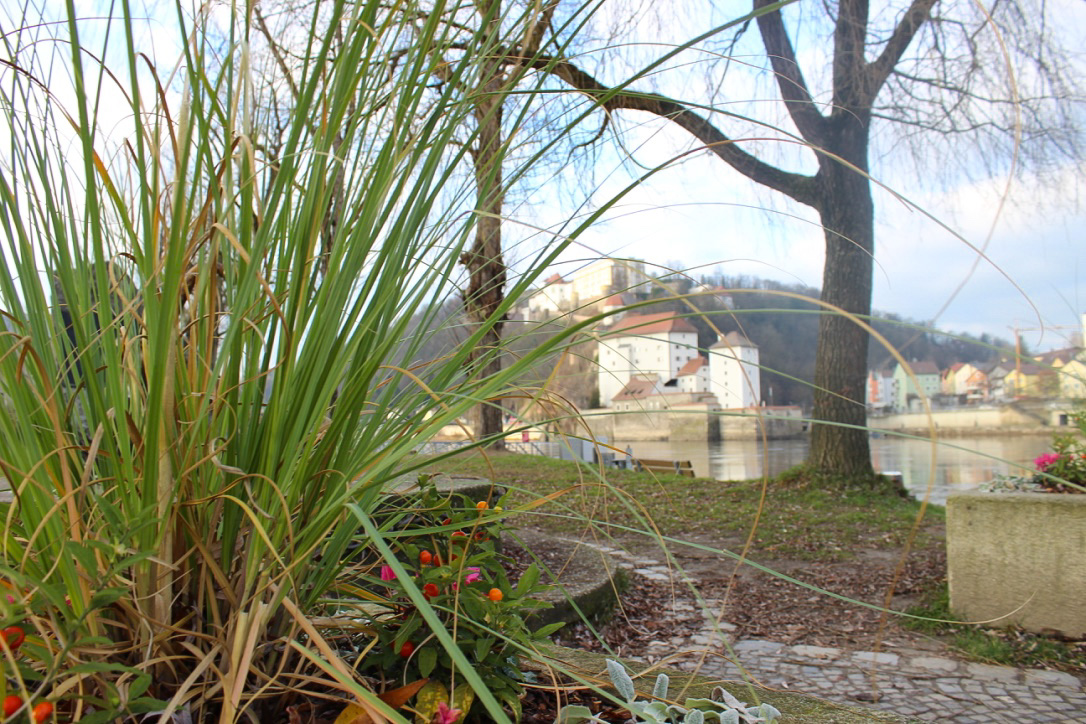 So why did I love Passau so much?

Maybe, just maybe, it was something as simple as the peaceful feeling I had while standing on the edge of the city, with nothing between me and the still water below, quietly soaking in the amazing view. 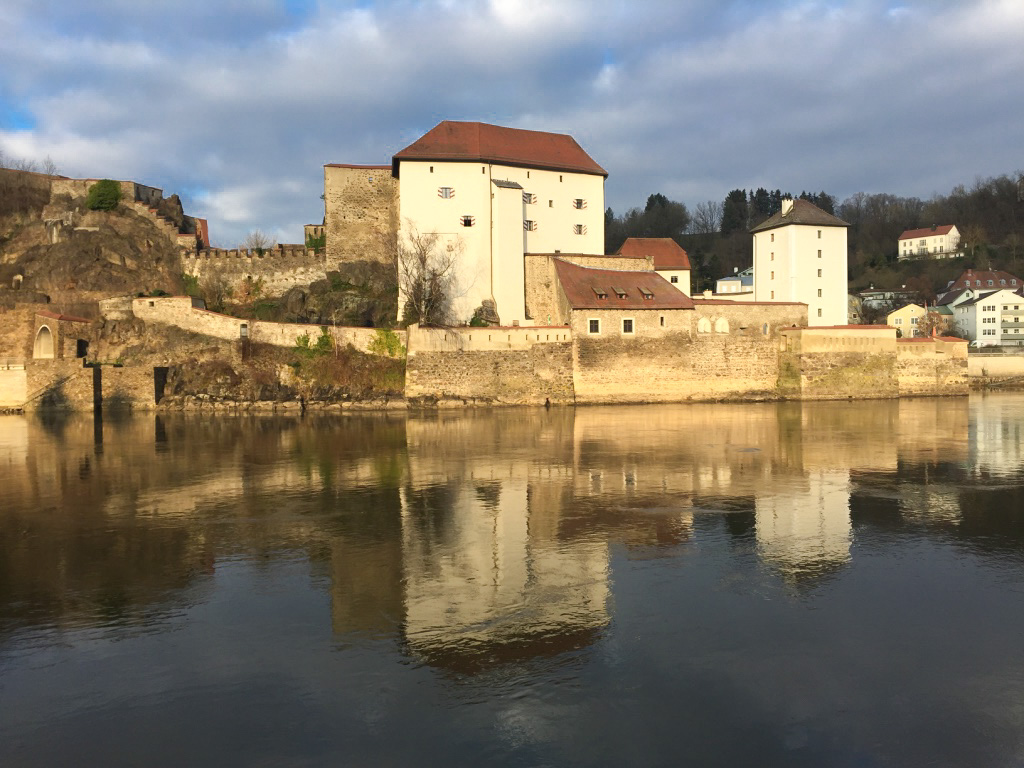 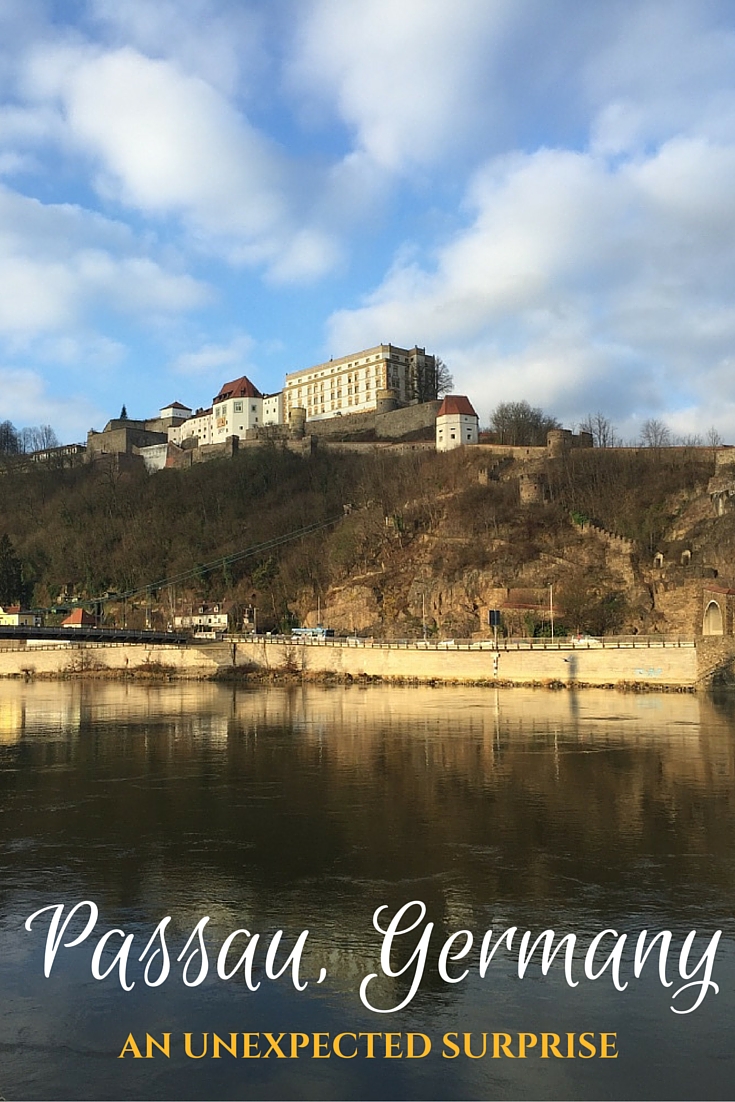