The best things to do in Vienna, Austria 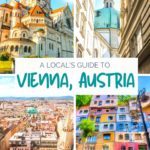 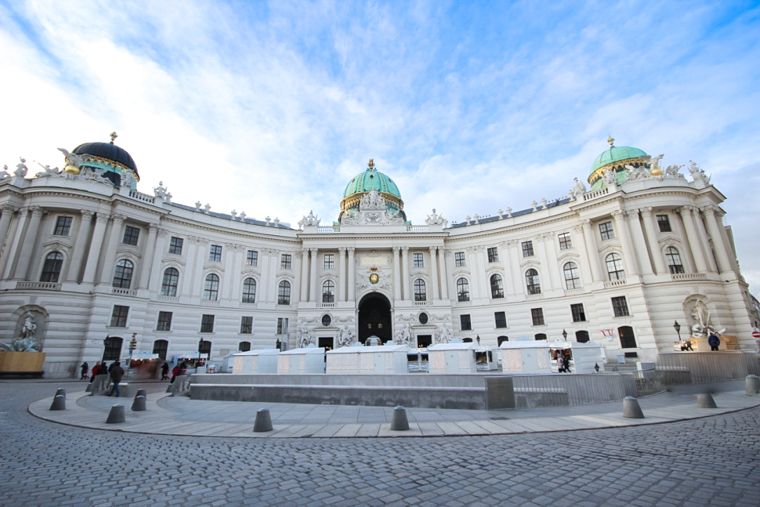 The best things to do in Vienna, Austria showcase the city’s elegance, where stately buildings rise out of the historic centre, cobblestone streets wind past luxury stores and charming cafes spill onto laneways. Landmarks include a palace with hundreds of rooms, a cathedral that was once the continent’s highest building, and let’s not forget about that world famous opera house. Basically, Vienna (also called Wien) is everything that people come to Europe for in one easy-to-navigate, safe city.

So how does one see the top Vienna attractions, without getting caught up in the usual ABCs? (That’s Another Bloody Church, for those blissfully unaware). Well, here are some insider tips gleaned from a friend who lived there, combined with tried-and-tested recommendations that highlight our top picks for what to do in Vienna, Austria. 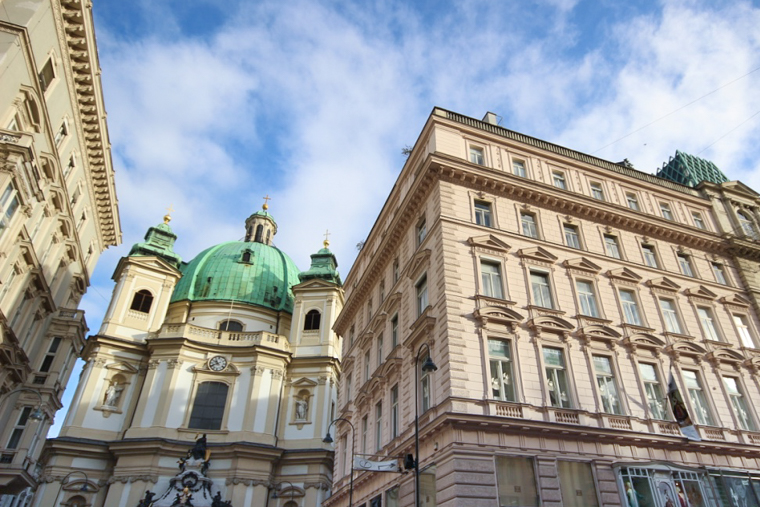 What to see in Vienna: The palaces

Sure they’re touristy, but stopping at the gorgeous palaces are a must on every Vienna itinerary. First up is Hofburg Palace, located in the heart of the historic centre. Once home to the Habsburgs who reigned over Austria, it was expanded over the centuries to what it is today: a so-called city within a city, boasting 18 wings, 19 courtyards and more than two thousand rooms. 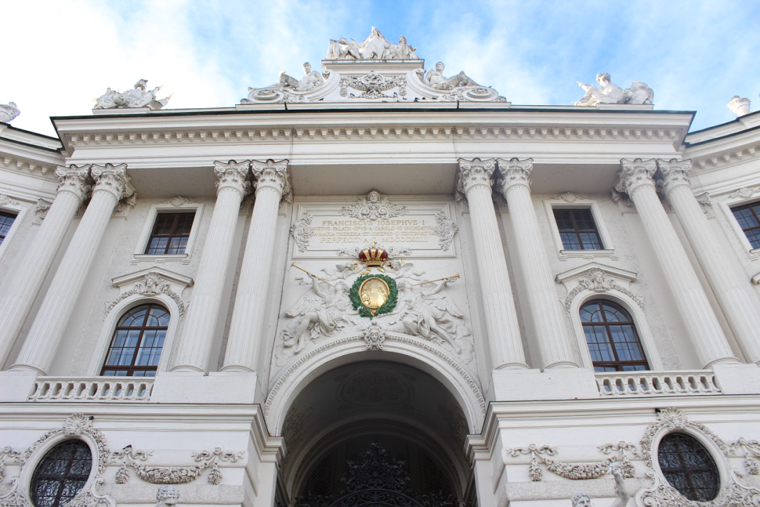 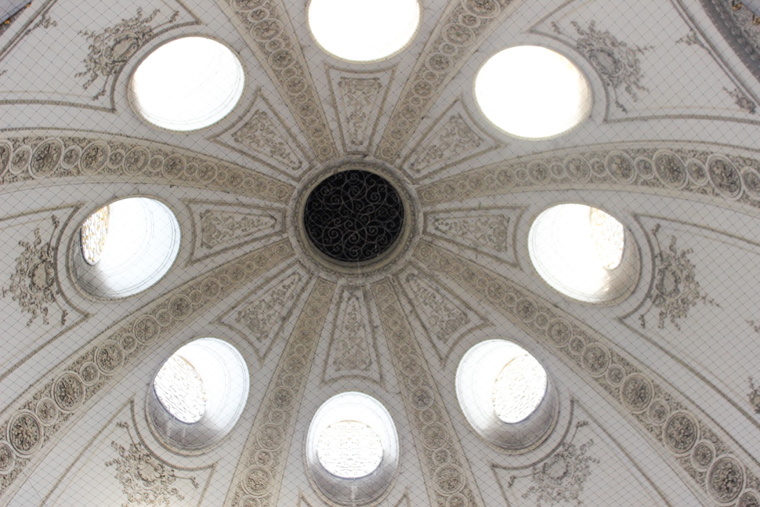 Today it houses the office of the President and secretaries of state, a museum, and the Spanish Riding School where you can watch the famous Lipizzaner horses train. Visitors can also check out the Imperial Apartments, for a glimpse into what life was like for Emperor Franz Joseph and his wife, Elisabeth. 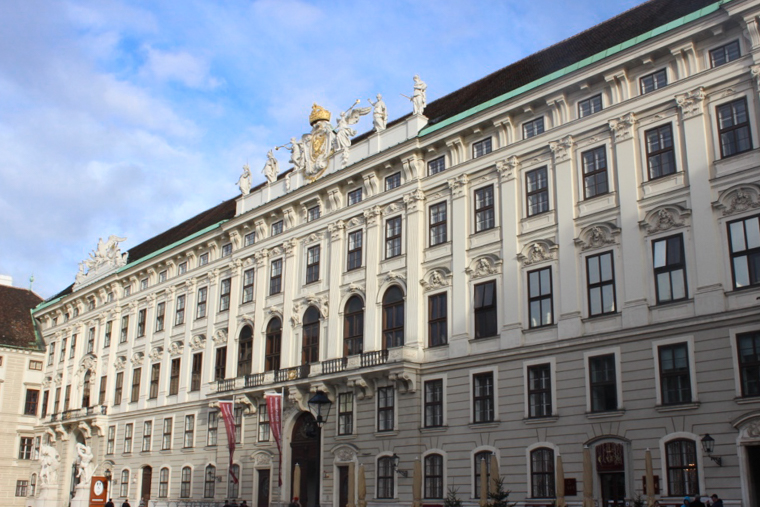 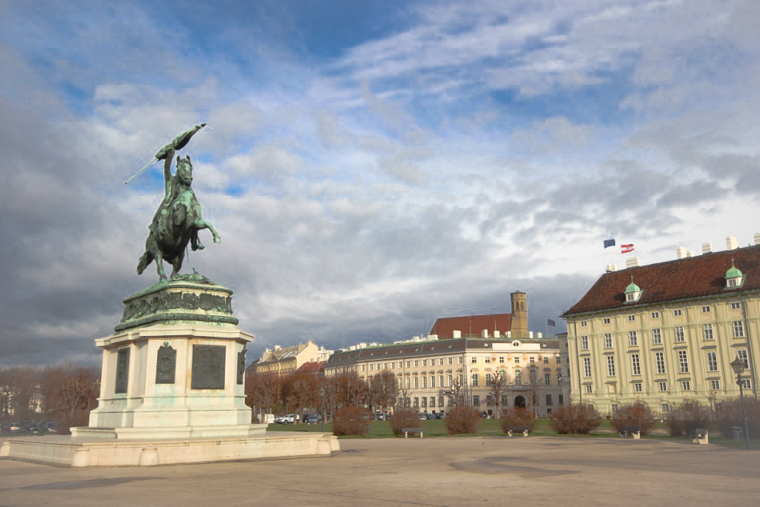 That powerful family also had an ornate summer residence about six kilometres away in what used to be the outskirts of Vienna. Built in the 1740s, sprawling Schönbrunn Palace is a baroque masterpiece with 1,441 rooms, a chapel and meticulously kept gardens that rival those found in Versailles. There’s even a zoo!

Schönbrunn Palace is now Austria’s most popular landmark, one of the top things to do in Vienna, and has also been designated a UNESCO World Heritage Site. Click to book 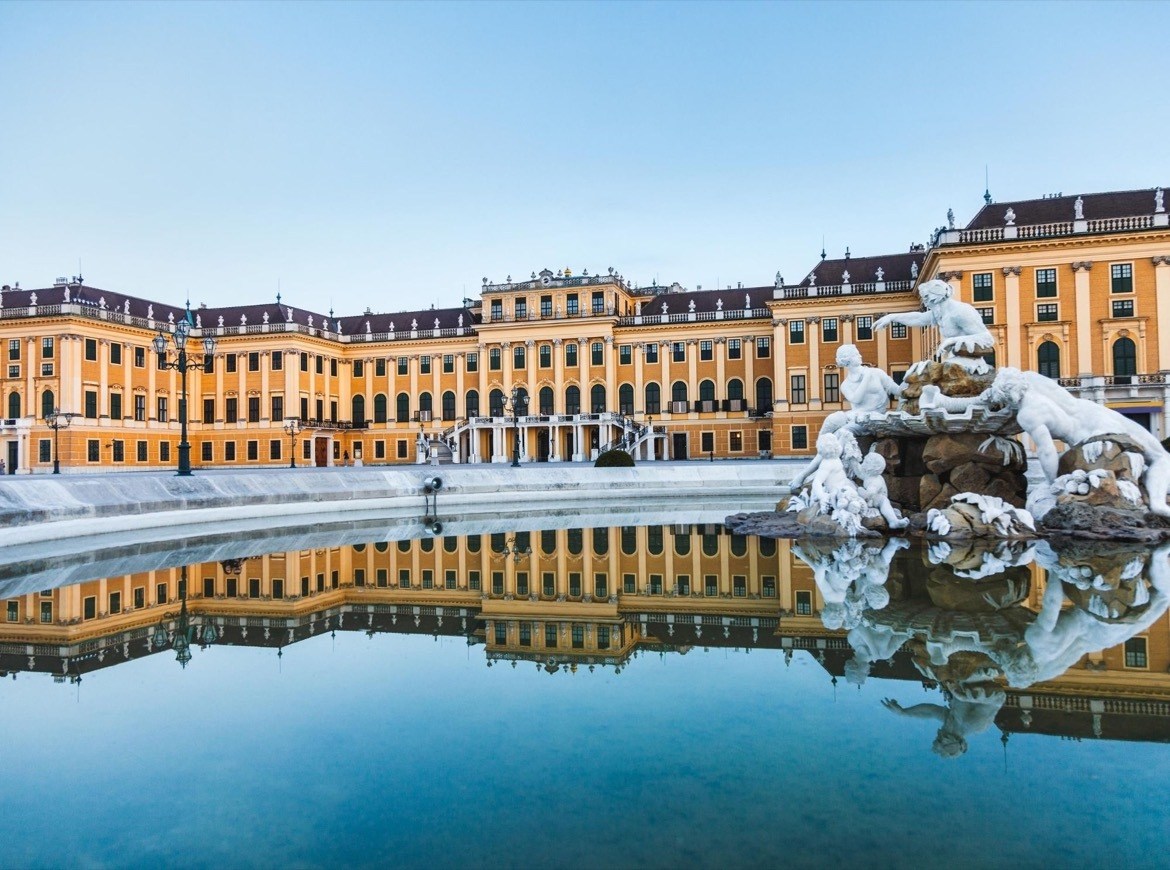 Insider tip: Schönbrunn Palace has one of the best Christmas Markets in the city, so be sure to check it out if you find yourself in Vienna during the holiday season.

Speaking of Christmas markets, the city has some of the most gorgeous markets in all of Europe, and visiting them is one of the best things to do in Vienna at night during the festive season. While there are dozens scattered around town during the holidays, don’t miss the one in front of City Hall (Rathausplatz). Music is in the air, strings of lights are suspended over brightly-lit stalls selling handicrafts, sweets and snow globes, and the cinnamon scent of gluhwein will coax you to grab a steaming mug of it to warm yourself from the inside out.

RELATED: A fashionista’s guide to what to pack for winter in Europe 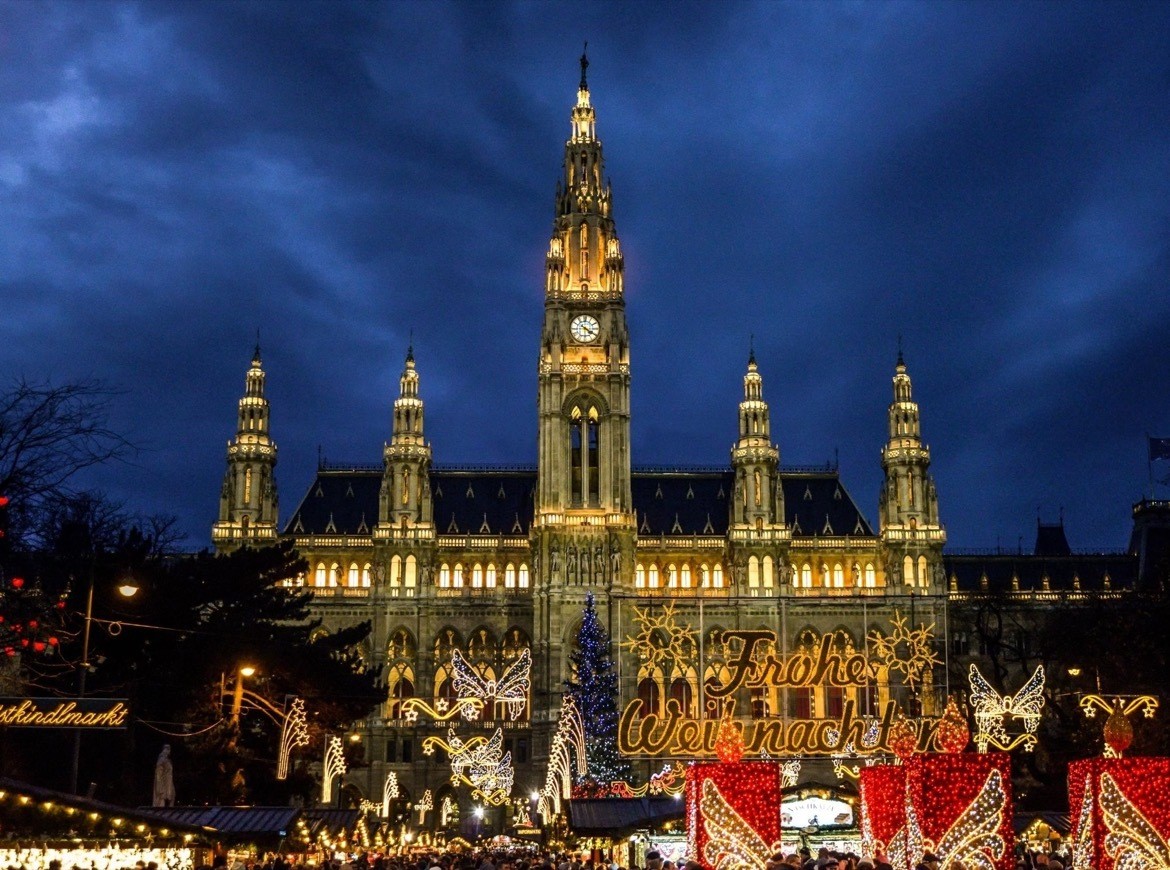 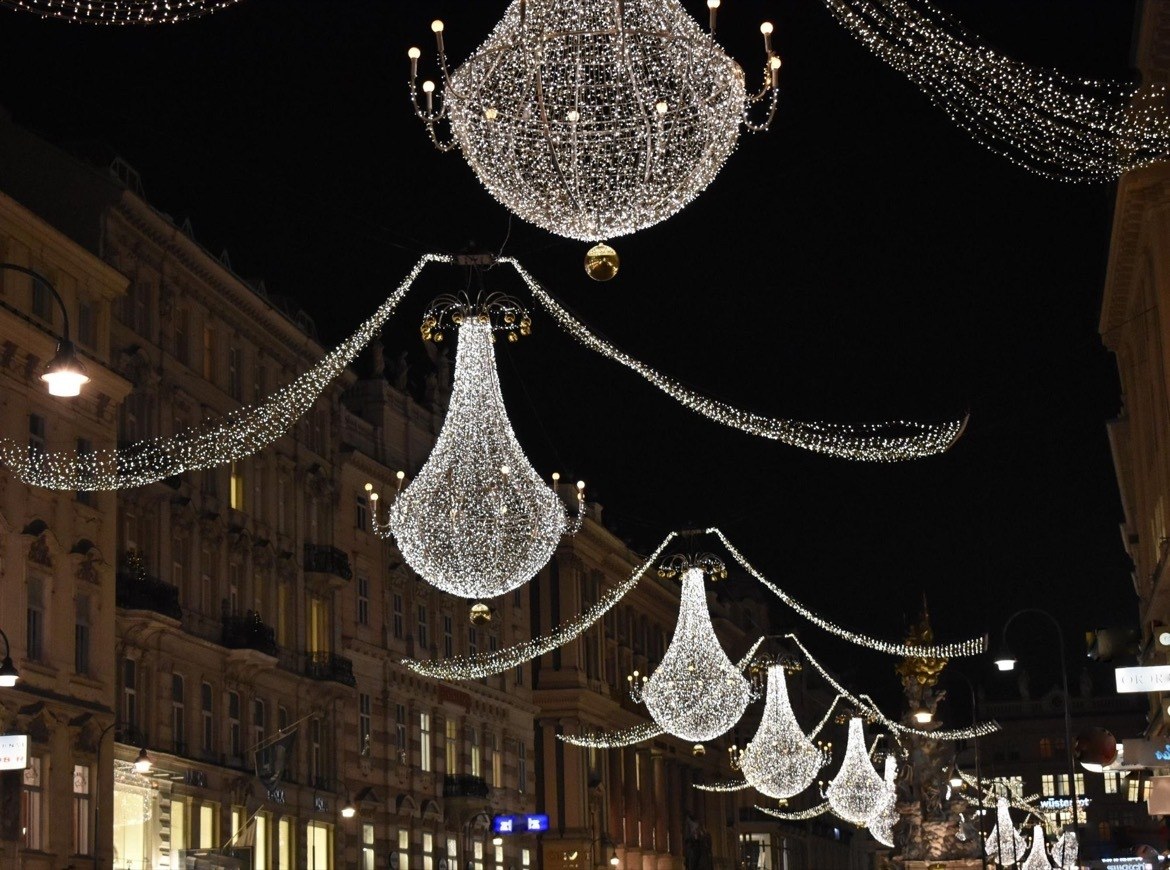 From Rathausplatz it’s not too far of a walk to Graben, one of the prettiest and most expensive streets in the city. Mostly a pedestrian-only area, the cobblestone lanes wind past coffee houses, the beautiful plague column statue, and luxury retailers such as Louis Vuitton and Hermes. Graben also borders important city landmarks, including Hofburg Palace and St. Stephen’s Cathedral, so it’s inevitable you’ll end up here at some point. 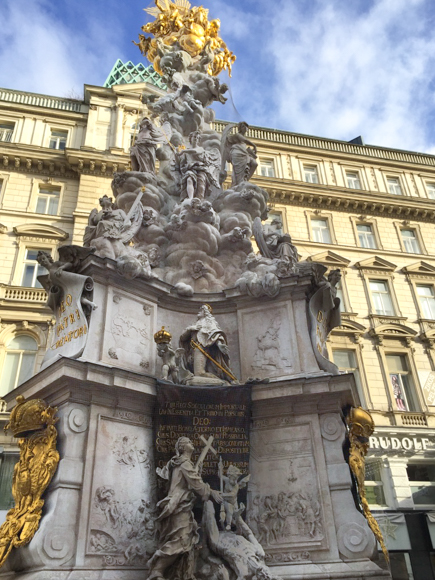 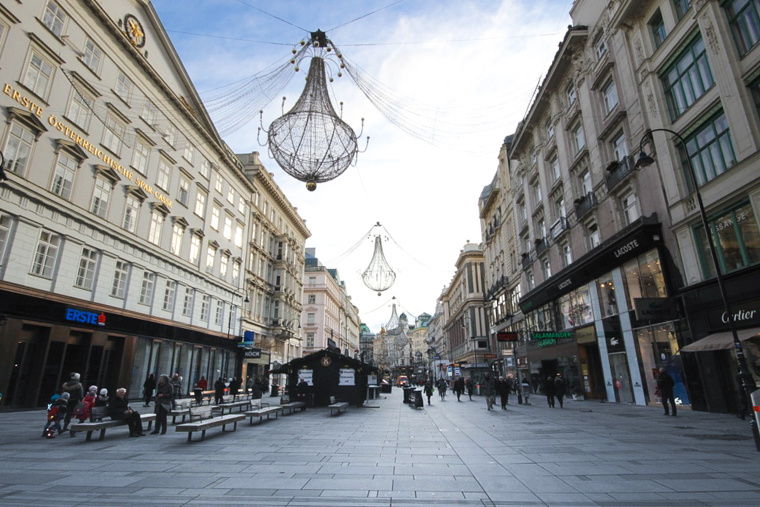 For a shopping experience that’s easier on the wallet, head to Mariahilfer Straße which is Vienna’s longest retail street. Popular with locals, this is where you’ll find major department stores as well as boutiques.

Just a couple blocks away from Graben is one of the top places to visit inVienna: magnificent St. Stephen’s Cathedral (Stephansdom). Designed with renaissance and neo-Gothic influences, it boasts a grand tower and ornate tiled roof.

The cathedral stood for more than 800 years before being levelled during World War II, but was built back up again by the Austrians when the war ended, and it’s as striking as ever. Visitors are welcome to explore the inside, which makes this one of the best free things to do in Vienna. You can also opt to pay a few euros to head up the tower for a birds-eye view of the city. 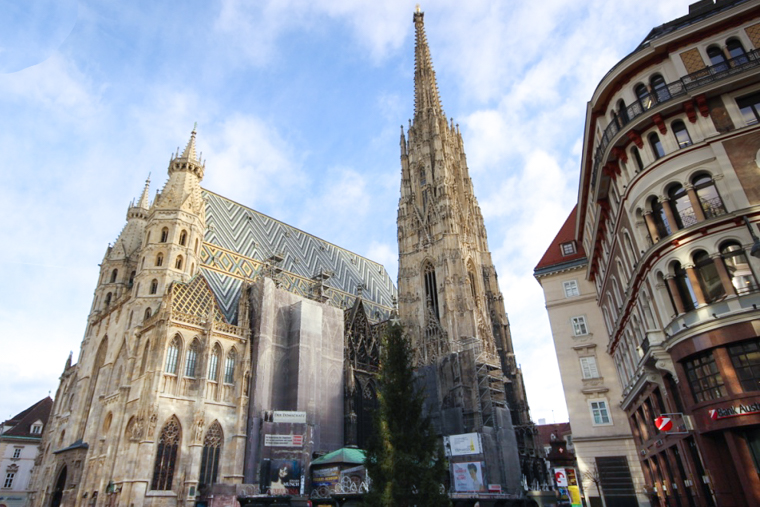 Another spot that’s popular with both locals and tourists is Ringstrasse, where the old city walls stood until 1857 when the emperor ordered that they be torn down. The road surrounds the city centre, passing by landmarks including the famed Vienna State Opera House, parliament, city park and the Museum of Fine Arts. Circling over five kilometres, explore it on foot or take the tram, which does a loop every half hour.

Finally, one spot that won’t be highlighted on most maps is the Hundertwassserhaus. The apartment complex was designed by Austrian artist Friedensreich Hundertwasser (hence the name) and is essentially a colourful collage reminiscent of the architecture found in Barcelona. Sure it’s a bit out of the way, but worth it for those who like to see the quirky parts of a city or need a standout subject for their Instagram feed.

RELATED: Wonderfully weird things to do in Vienna, Austria 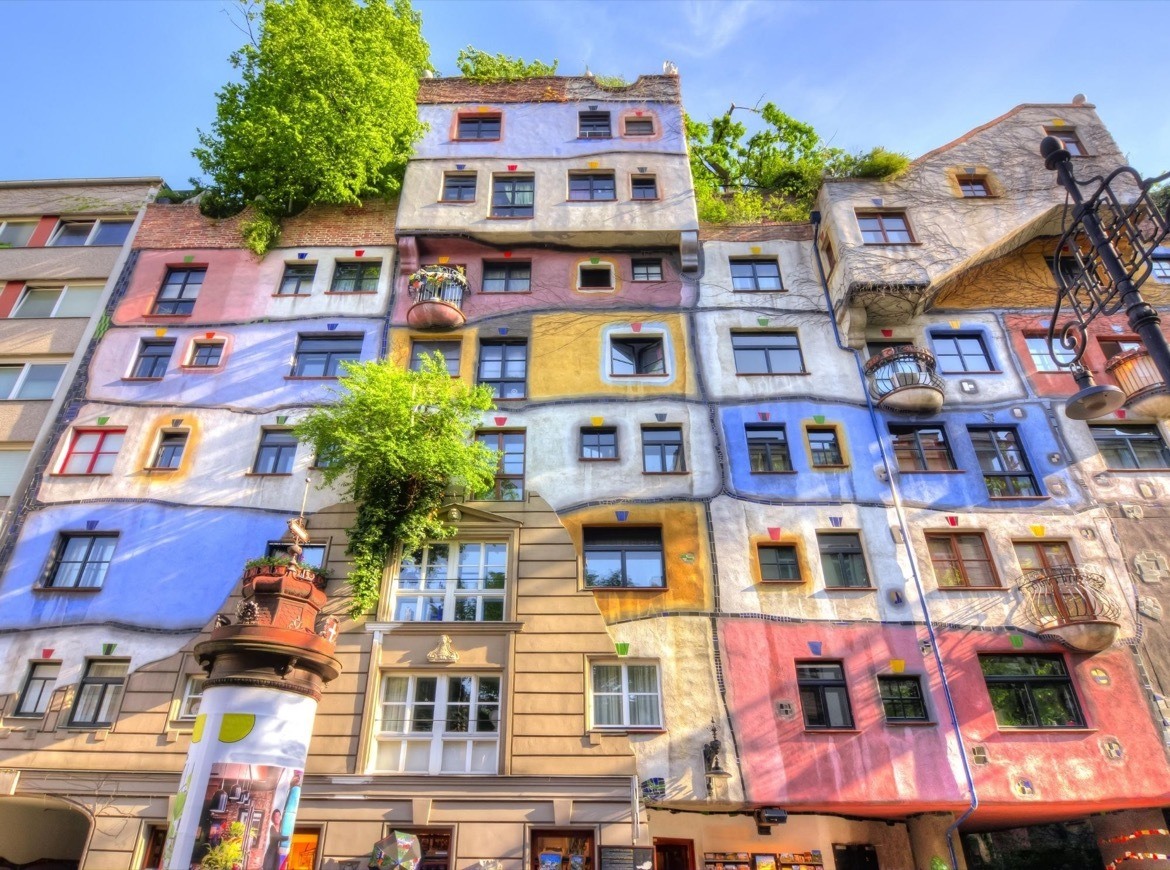 Best things to eat in Vienna

Alright, now for the important stuff…food! Austrian food is similar to German cuisine in that it centres around hearty, traditional meals, such as schnitzels and bratwurst. Locals enjoy: 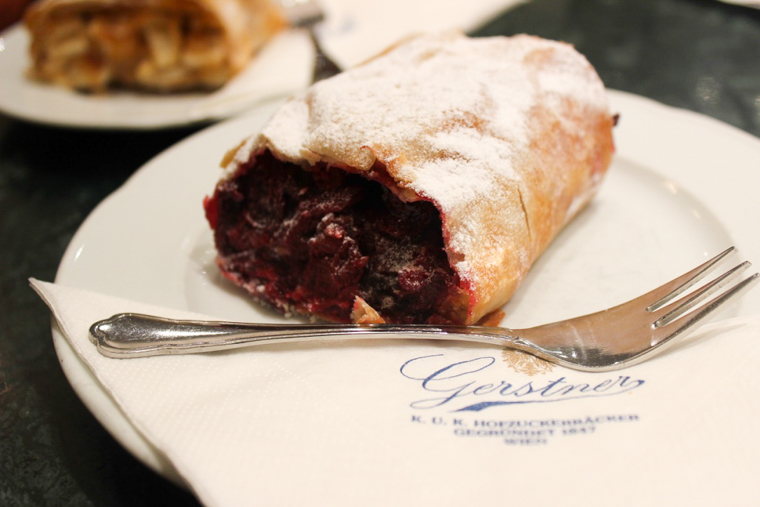 When you visit Vienna, be sure to stop into a cafe—the city is famous for its Viennese coffee! Some of the elegant cafes around the city have string quartets, whose classical notes float up as customers dig into desserts such as rich chocolate sachertorte or strudels. Recommended cafes include: 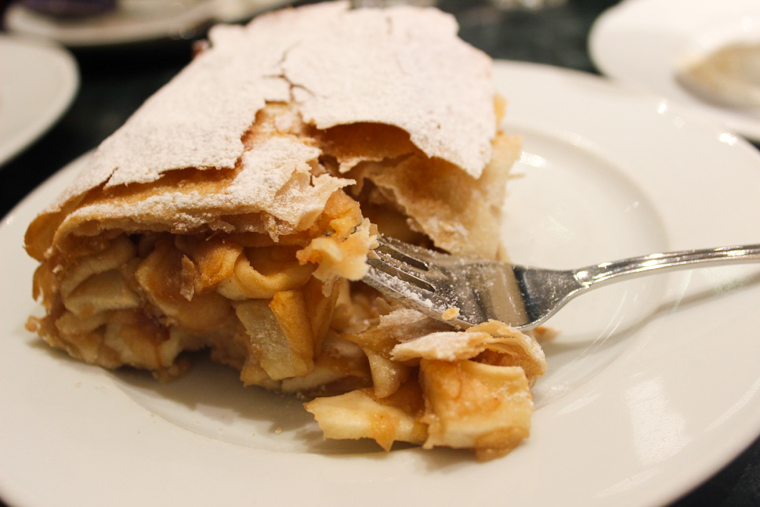 If you’re interesting in adding some museums to your Vienna itinerary, here’s where you’ll want to go: 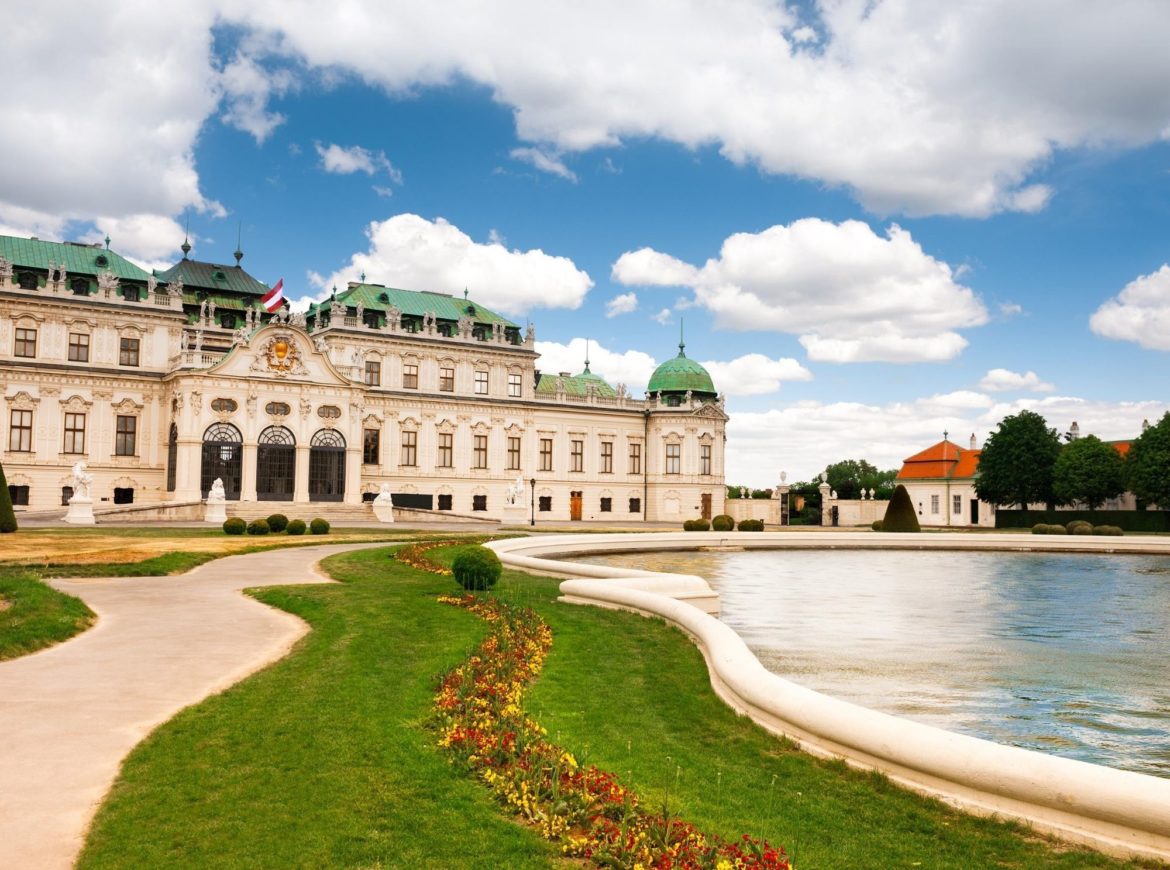 While one could easily spend a few days exploring Vienna’s top sites, there are some great ways to relax while still soaking in the atmosphere of the city.

By far, one of the most popular and unique experiences in the city is attending the world famous opera. The Vienna State Opera is one of the best in the world, yet incredibly tickets are sold for as little as 7 euros! As you can imagine they’re snapped up fast, so it’s recommended that you try and snag some online as soon as you know which days you’ll be in Vienna. Even if you’re not lucky enough to get tickets, you can still tour the opera house during the day. 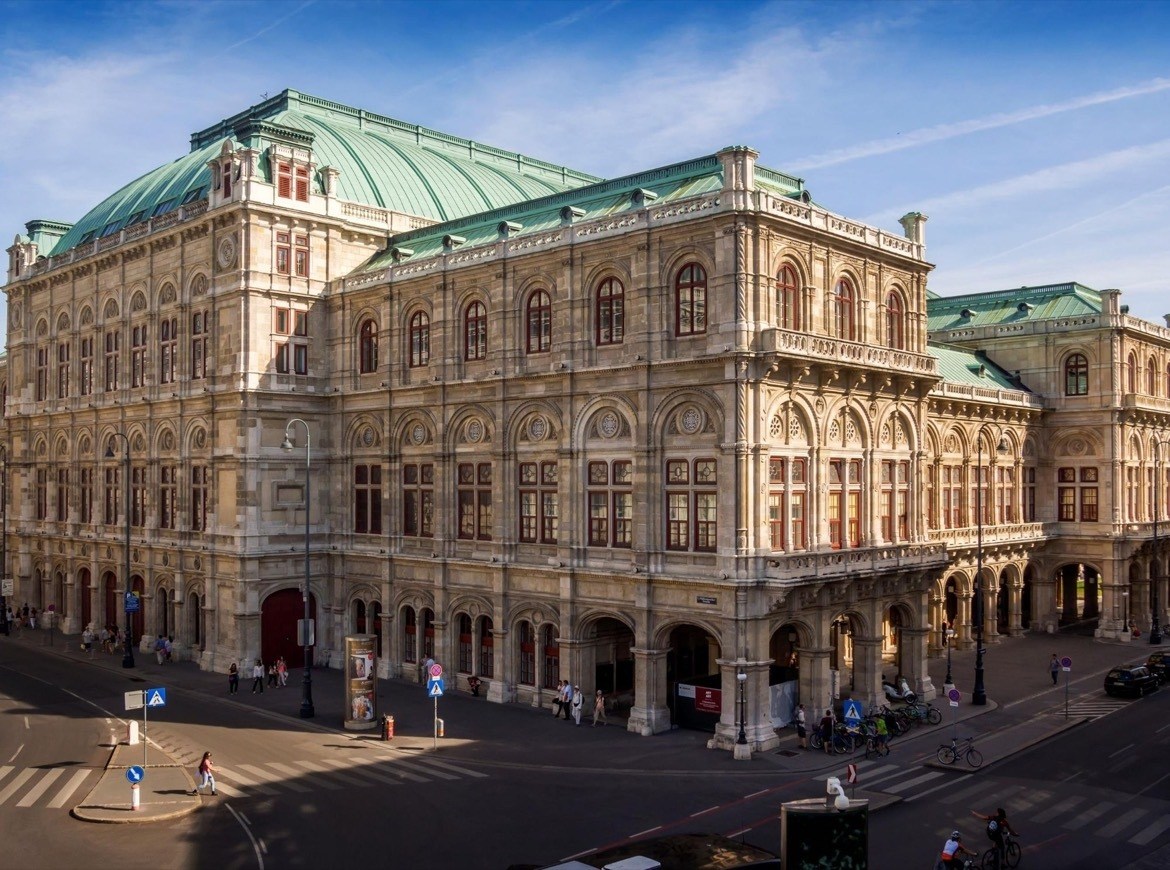 Vienna’s other claim to fame is that it’s home to one of the world’s oldest ferris wheels. Wiener Riesenrad was built in 1897 and actually had to be rebuilt after World War II. It still works just fine (other than being a bit slow), and offers a great view of the surrounding 2nd district. Click to book 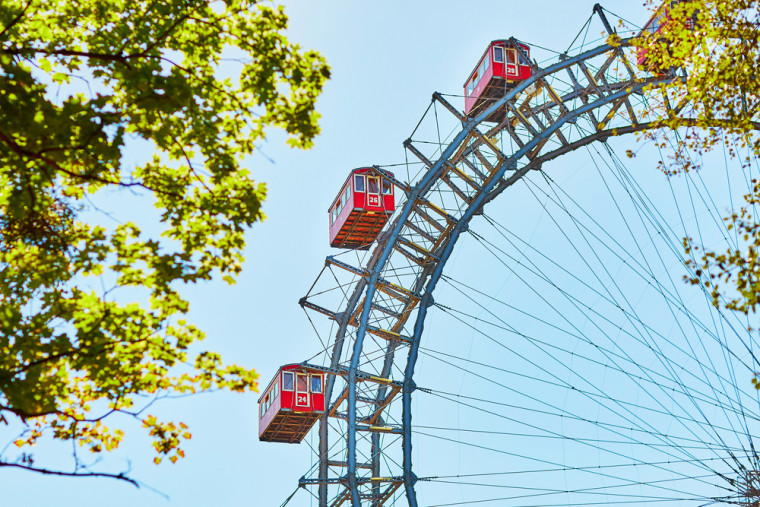 Finally, if you’re looking to get in touch with nature there’s no better place than one of Vienna’s parks. Stadtpark near the city centre has been compared to New York City’s Central Park (but WAY smaller), and has beautiful walking paths.

Alternatively, head out to the Vienna Woods where you’ll find local favourite Kahlenberg. Not only does it have good trails, it also has a fantastic vantage point overlooking the city. Grab a bottle of wine, sit back, relax and enjoy the view!

Book one of these Vienna tours:

Where to stay in Vienna 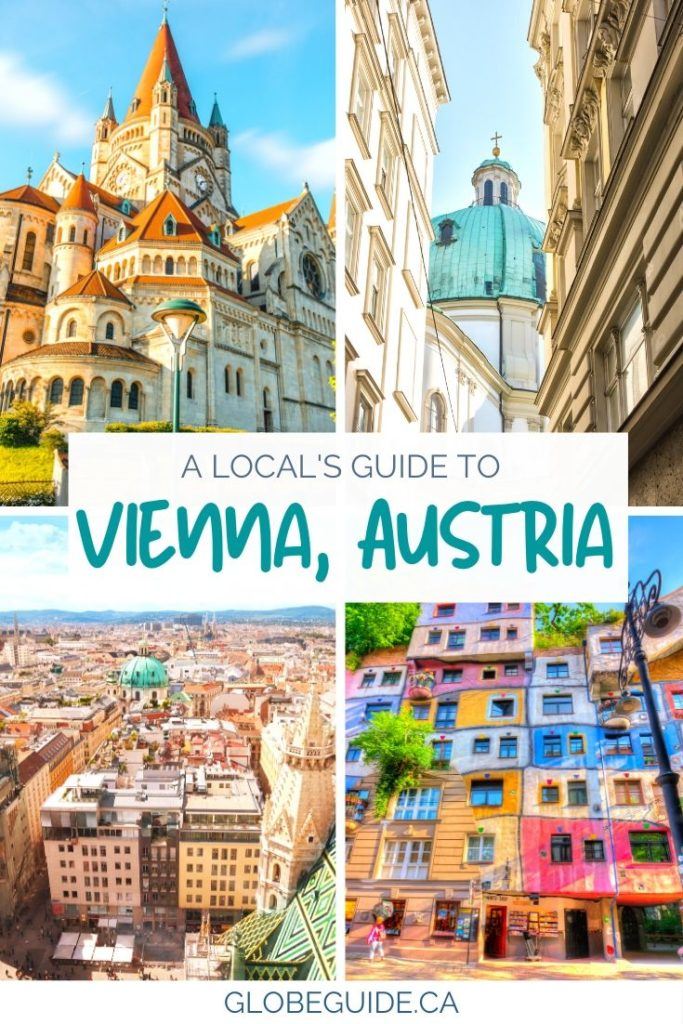 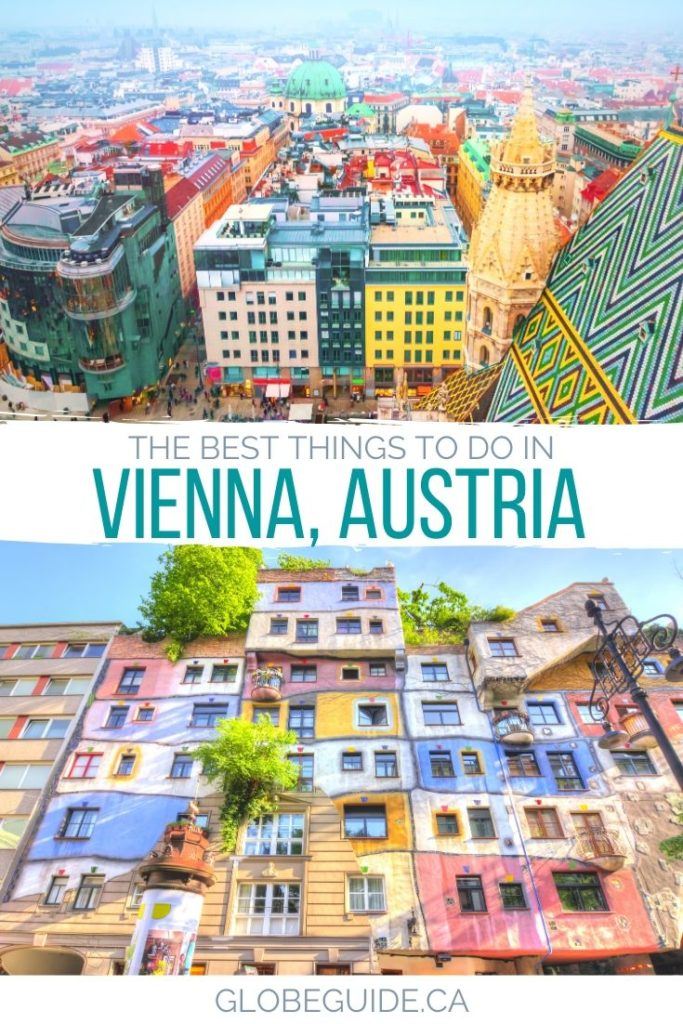 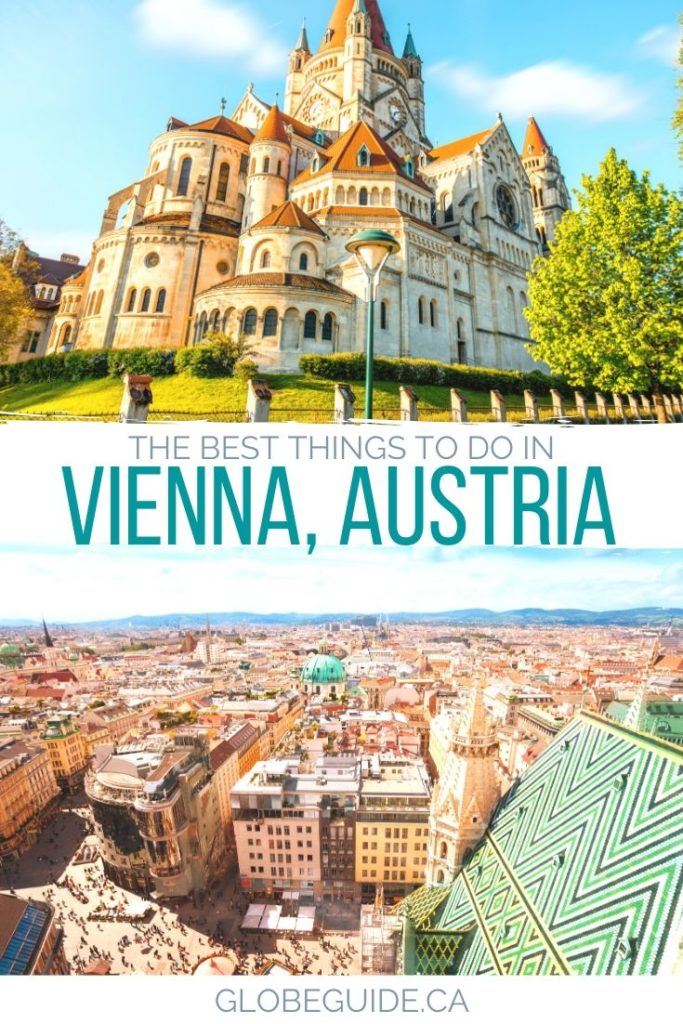