Sarajevo sightseeing: 5 things to do in Bosnia’s capital 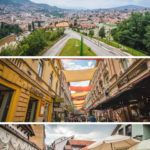 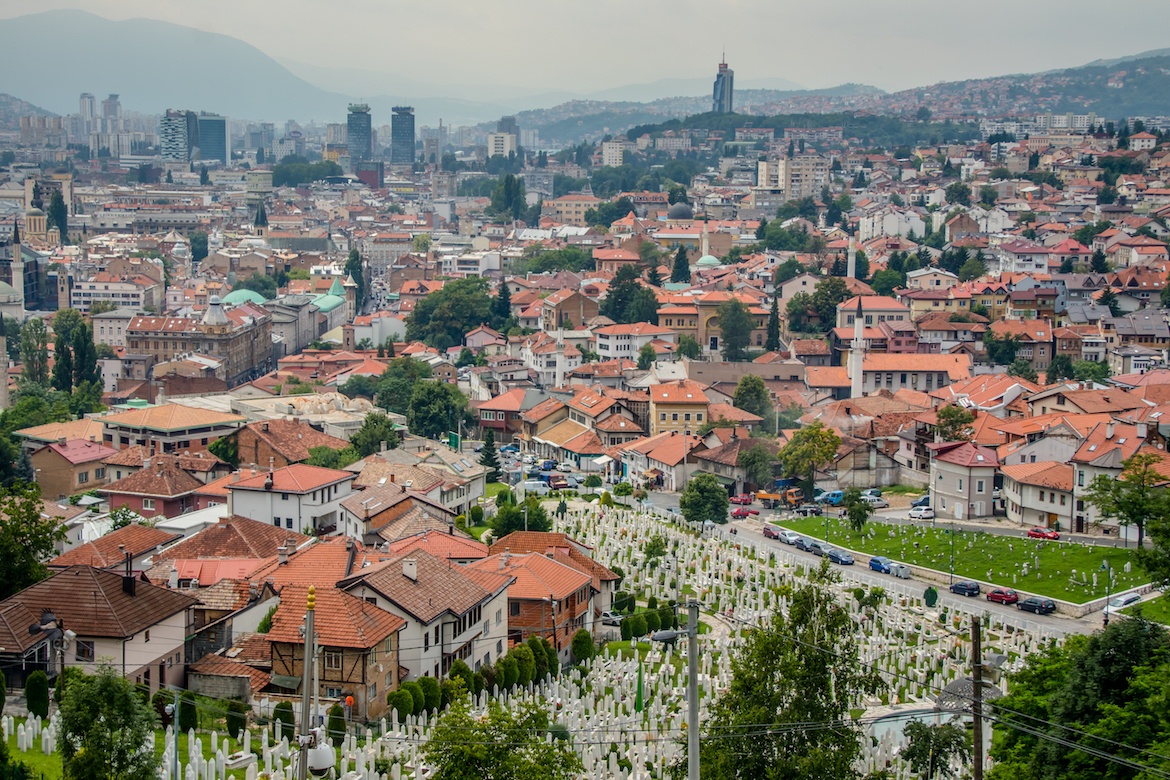 A panoramic view of Sarajevo

With memories of the brutal Bosnian War and breakup of Yugoslavia that besieged Sarajevo still fresh, a visit to Bosnia and Herzegovina’s capital city takes on a sombre tone for those open to absorbing its storied history.

More than two decades later, evidence of the battles waged are still easy to spot. Bullet holes that riddled the sides of apartment buildings have yet to be filled in, blood red paint scrawled along laneways marks important dates in the war, seas of white crosses mark the gravesites of loved ones lost too soon, and spots like the Sarajevo War Tunnel and the Museum of Crimes Against Humanity and Genocide provide a glimpse into what life was like during those dark times. 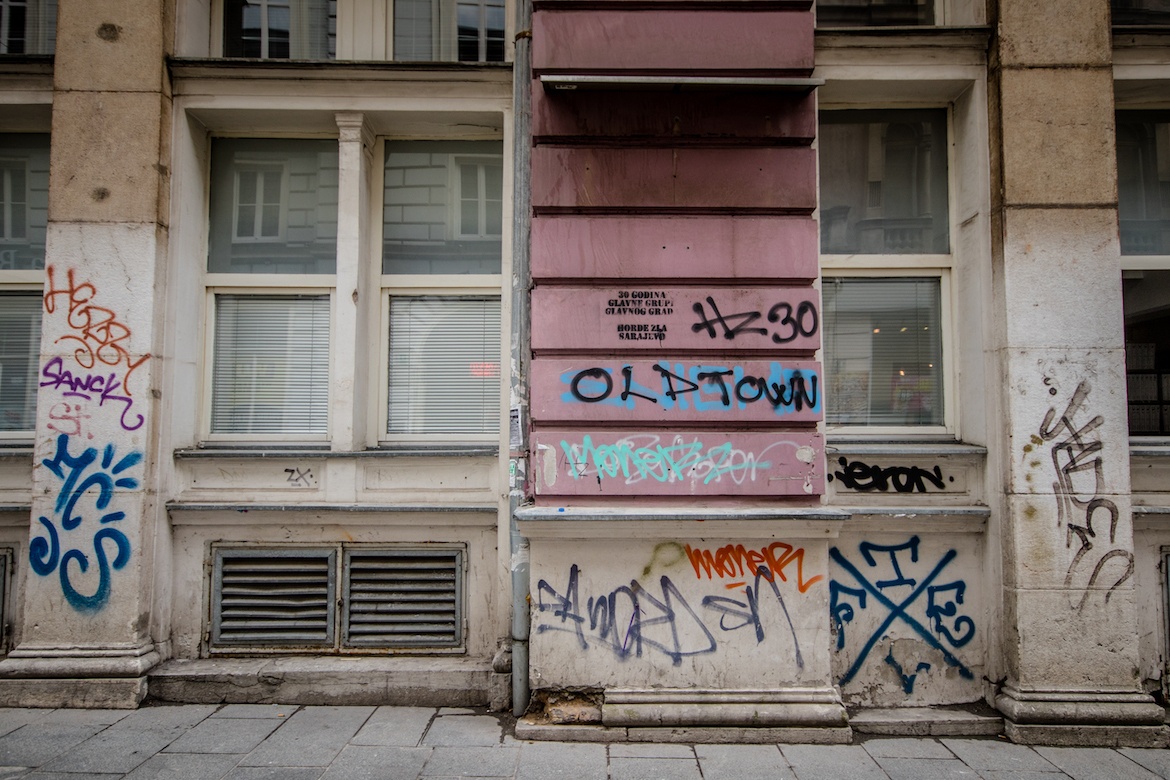 But people are resilient, and Sarajevo has now recovered to become the type of place that wins accolades like the European Culture Capital, being picked as one of Lonely Planet’s Best Cities to Visit, and a billing as one of Europe’s most underrated capitals. Anyone embarking on a trip around the Balkans would be remiss to skip this spot, which now boasts a colourful centre, lively cafe culture, and is just enough off the beaten path that travellers can slip right into the flow of things to catch a glimpse of what life is like in this city where old seamlessly blends with new.

These are some of the best Sarajevo sights that you won’t want to miss: 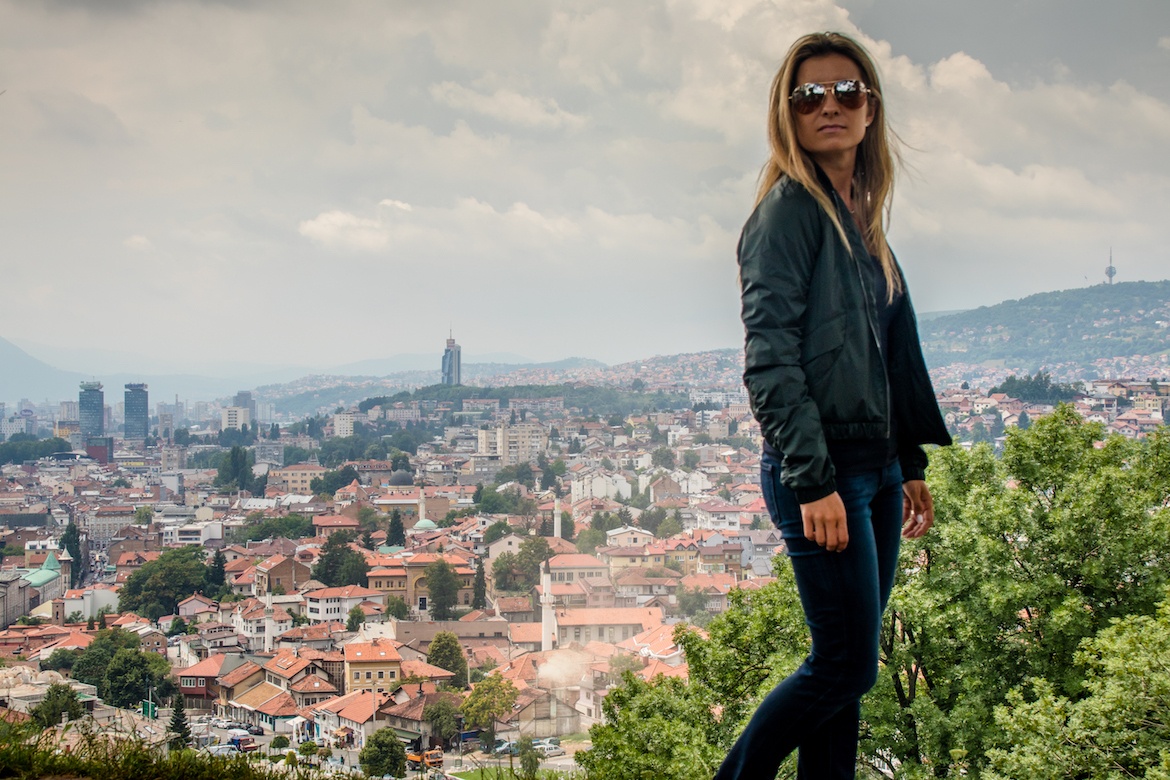 This is hands-down the best view of the city, and a great place for visitors to start their Sarajevo tour to get a layout of the land. A winding, hairpin-turn road leads up to the top of Jekovac Cliff where the fortification stands, which was first erected back in the 1600s to defend the city from attacks. It gets its name from the yellow stone used during construction, and has since been transformed into a serene lookout point complete with a cafe. 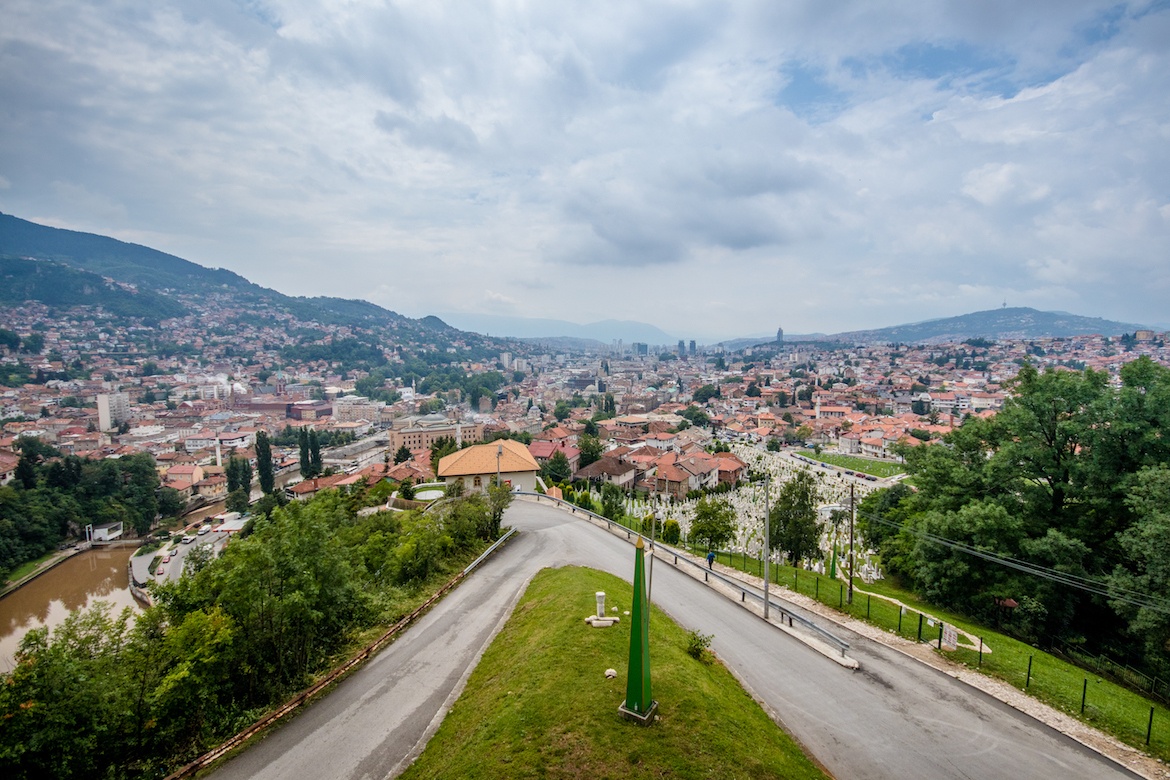 The view of Sarajevo from the Yellow Bastion

The enchanting old town feels like taking a trip to the far east, where towering mosques are surrounded by cobblestone streets that wind through the bustling bazaar. Merchants display wares like gold-gilded tea sets and intricate copper plates, as locals lounge in the outdoor cafes sipping on their strong-as-an-elephant Bosnian coffees as cigarette smoke wafts overhead. 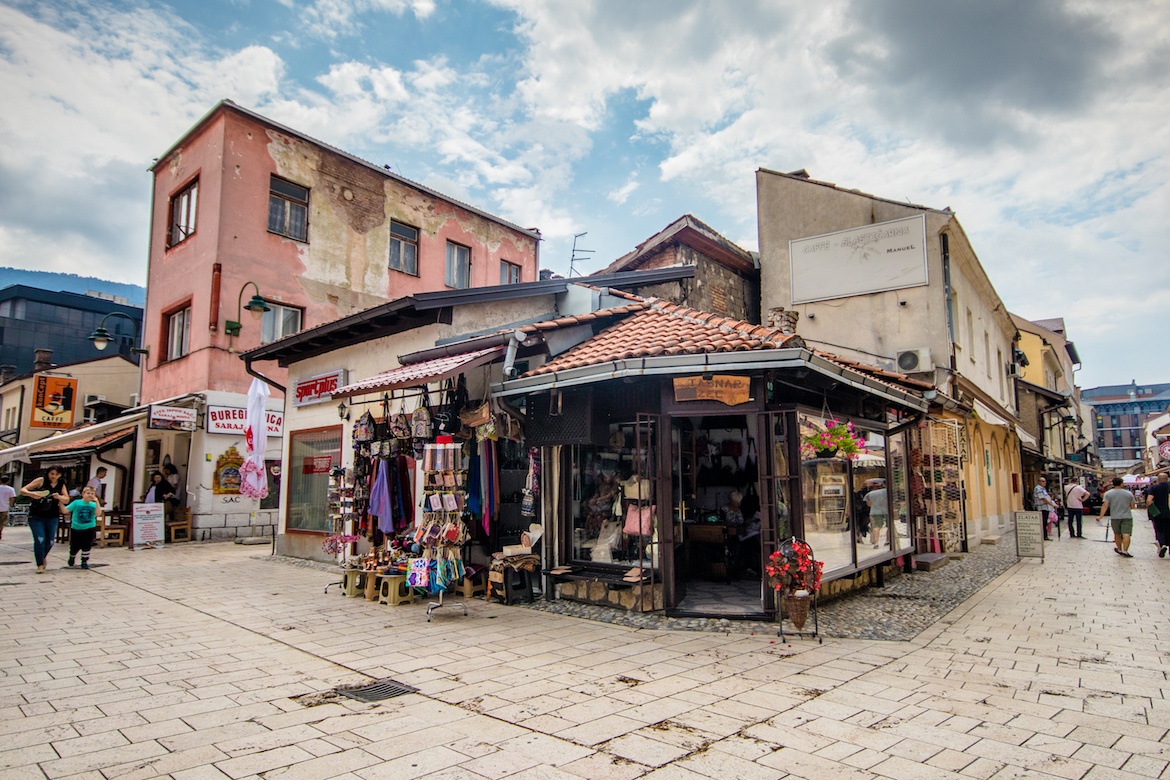 So-called Pigeon Square (aptly-named, thanks to its avian inhabitants) is where most of the action is, and the perfect place to start an afternoon of exploring the markets which border the Miljacka River. History buffs will want to stop at the Latin Bridge, which is where the Austrian-Hungarian heir to the throne Prince Ferdinand was assassinated, setting off World War One. 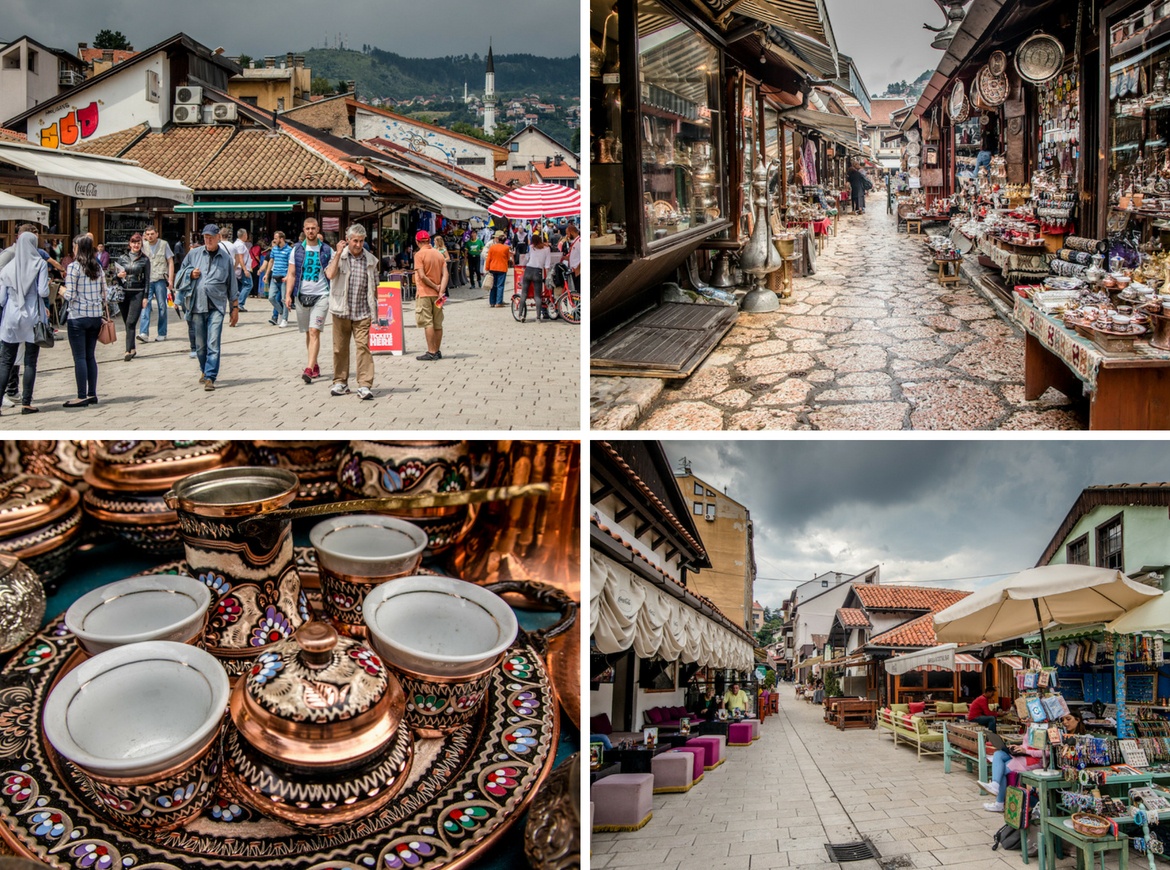 Ferhadija is Sarajevo’s most cosmopolitan area. The pedestrian-only street is just steps away from the old town, but the fashion-forward stores are more in line with what one would expect to find in western Europe, with the likes of Mango and Sisley taking up prime real estate. The area’s Austro-Hungarian heritage has still been perfectly maintained, and grand facades frame the boutiques, bars and cafes below. 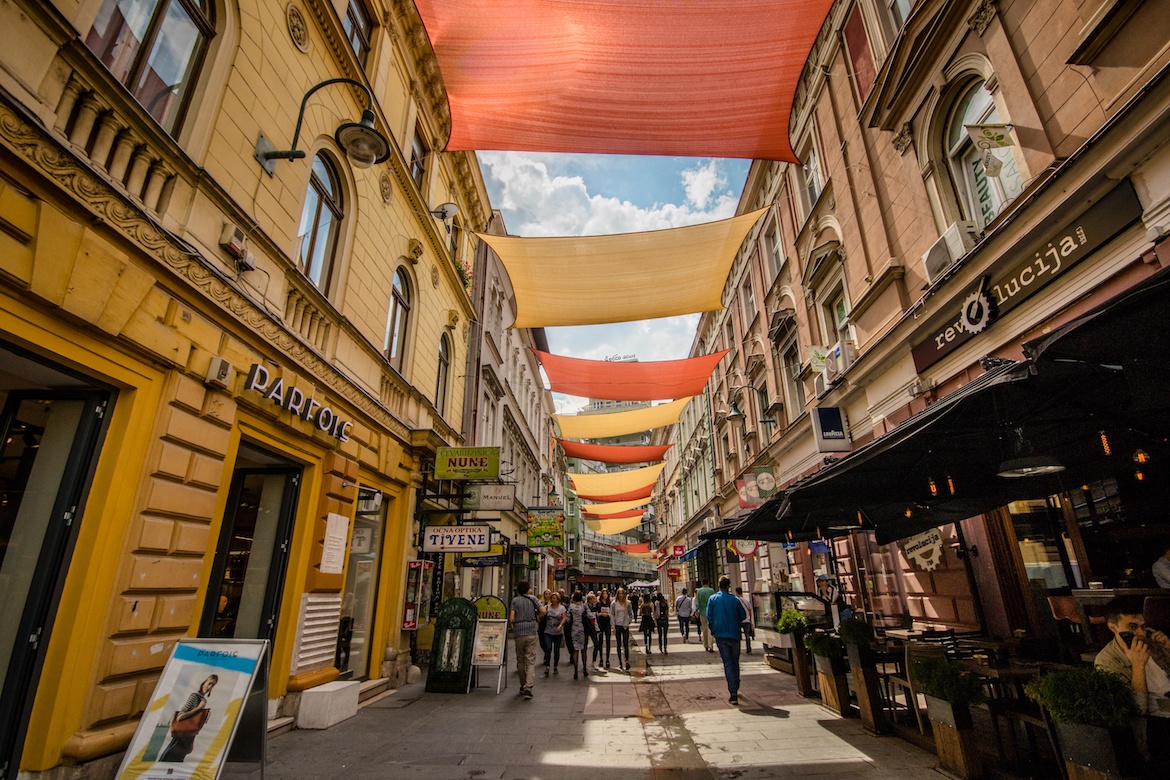 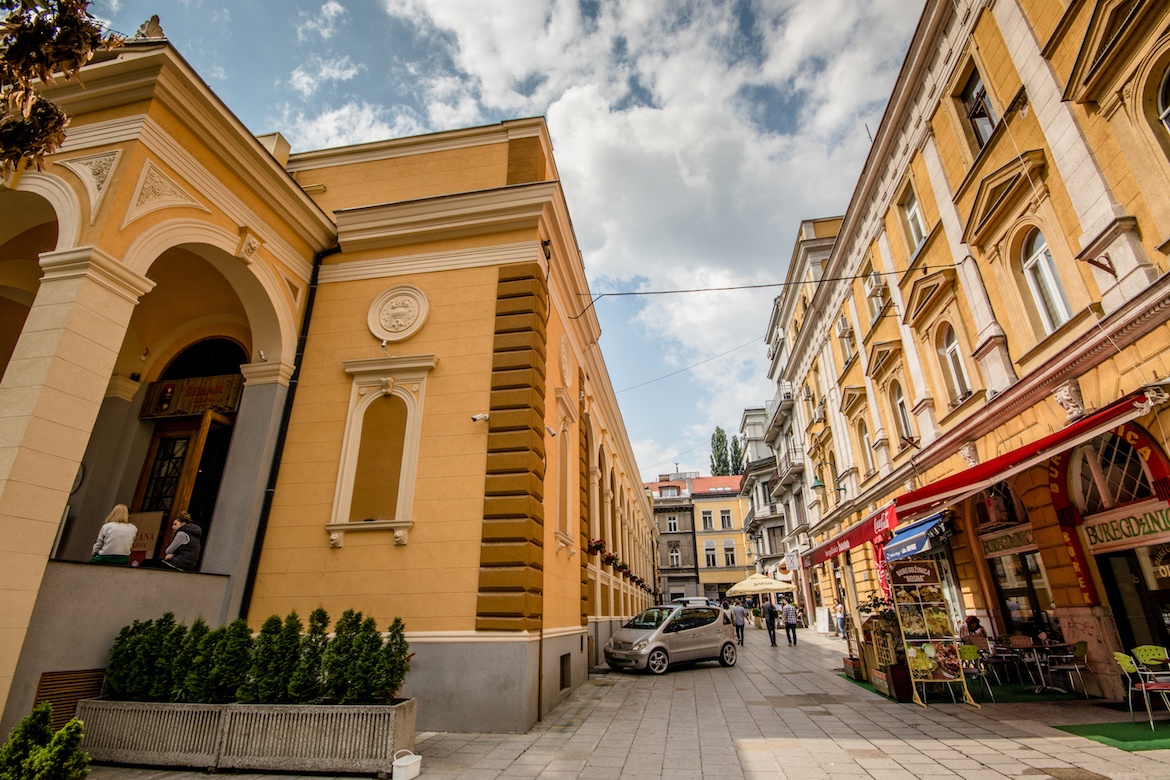 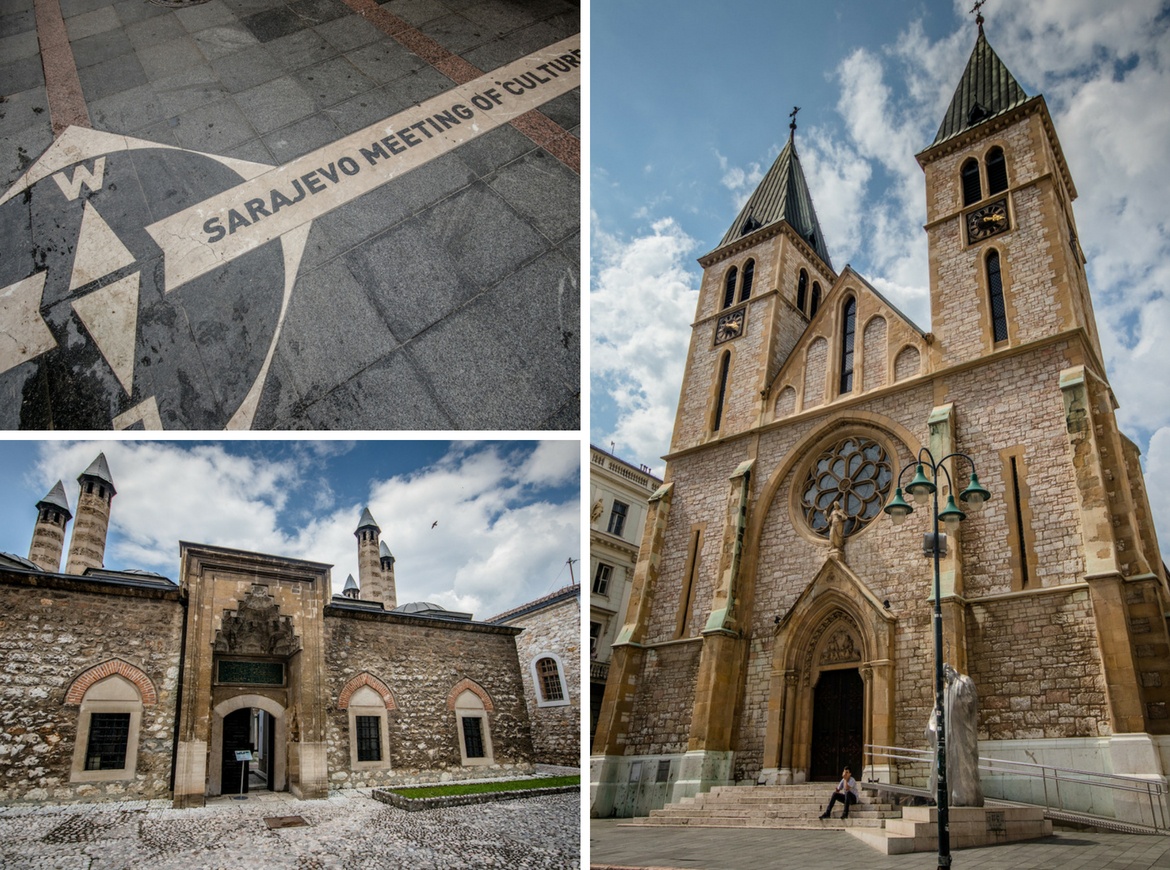 It’s hard to imagine how a city can go from hosting the Olympics to becoming war-torn in just a few years, but that’s exactly what happened in Sarajevo. Site of the 1984 Winter Games, a number of world-class facilities were built for the competition, then subsequently damaged when fighting broke out. One venue that remains is a bobsleigh track on the top of Mount Trebević, which was used by the Serbs as a base during their attack on the city and damaged as a result. Athletes have long since abandoned it, prompting some creative street artists to take it over and transform it into a piece of art.

It’s a bit of a jaunt to get here as the Sarajevo War Tunnel Museum is located by the airport, but there’s a good reason: from 1993 until 1996, this war tunnel was the only connection Sarajevo had with the outside world.

The 800-metre-long shaft was dug by hand using shovels and pickaxes while the city was under siege, allowing residents to get desperately-needed food and medicine as well as access to telephone lines and electricity. Post-war, part of the tunnel was transformed into a museum which includes artifacts detailing the Siege of Sarajevo, and many guided tours also include a stop at notorious Sniper Alley which was targeted by the army. Click here to book 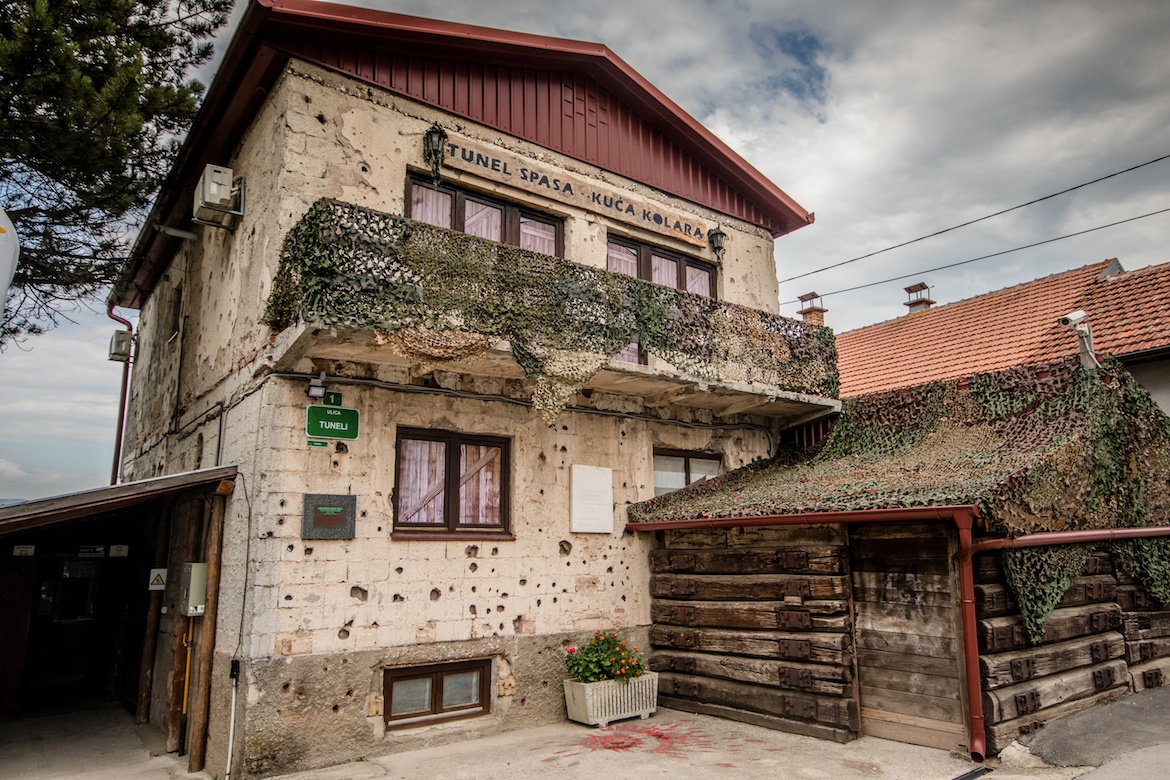 Where to stay in Sarajevo

While Sarajevo accommodation prices are some of the highest in the country, they’re still a steal compared to hotels in other European capitals. Notable options include: 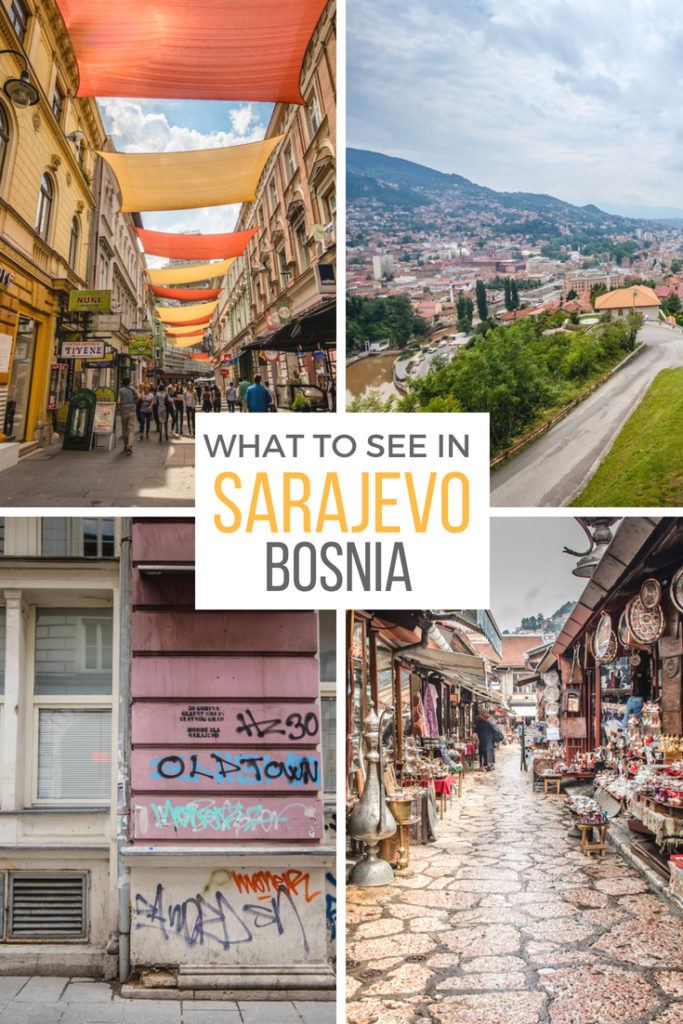 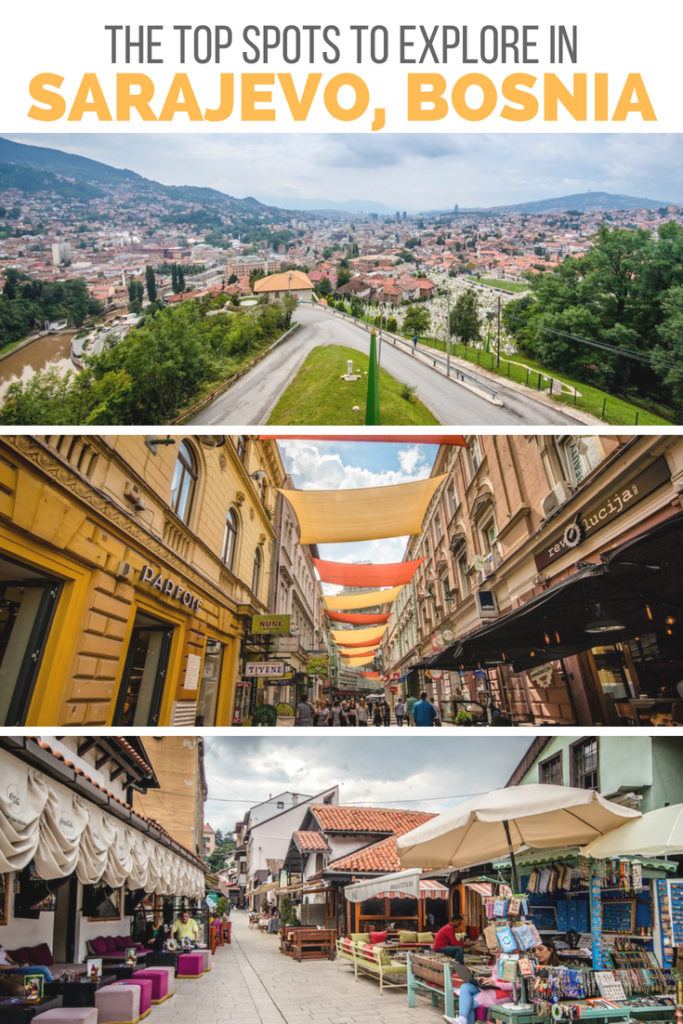 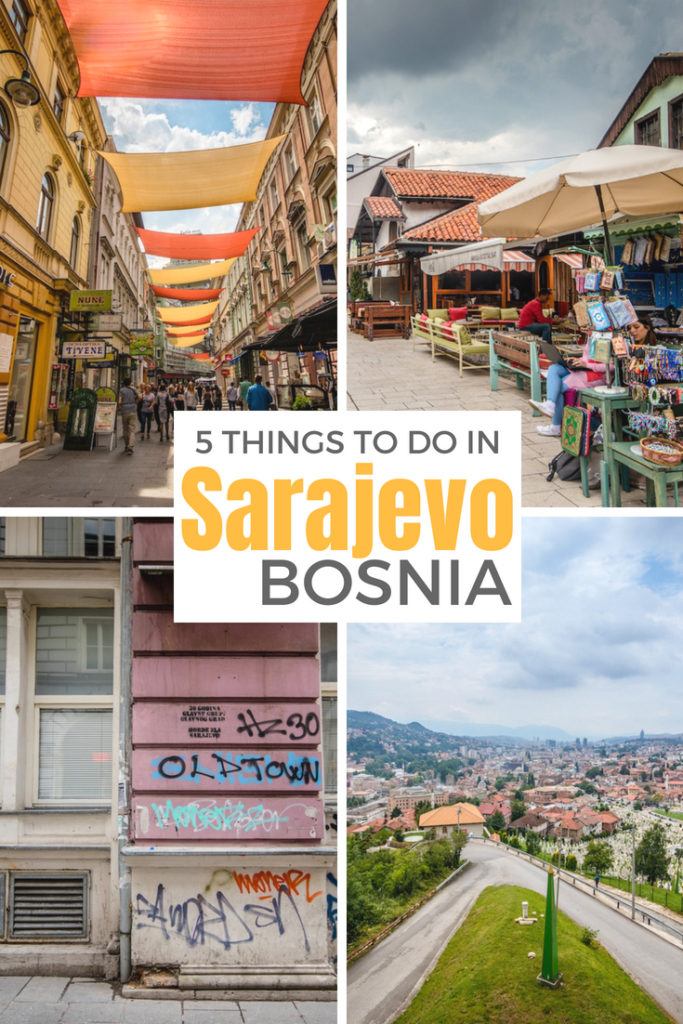