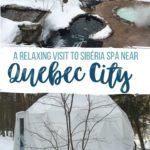 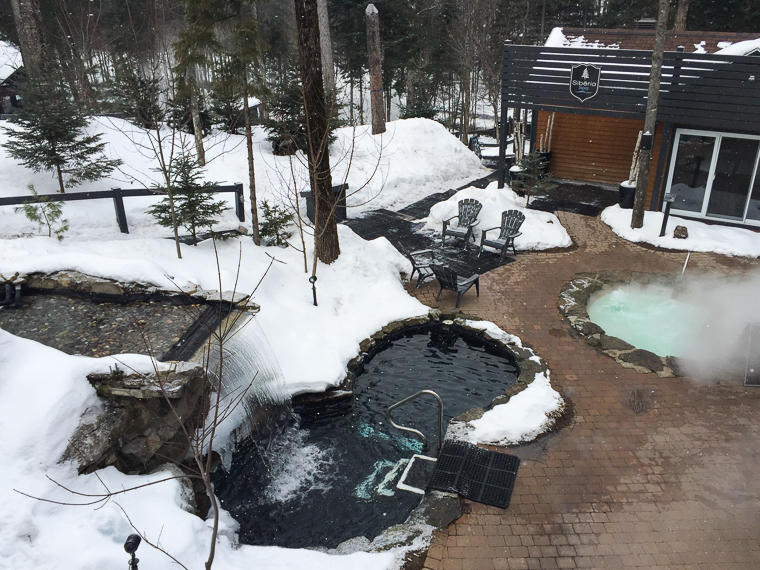 As I sat sweating out of places I didn’t know I could—cheeks, scalp, belly button—rather than feeling uncomfortable I was rejuvenated. I was lying in an infrared sauna at Sibéria Spa, and as the heat literally soaked into my core expelling toxins and burning calories (so, the best/easiest workout ever), the only sound was the occasional creak of the door as fellow spa-goers came in and out.

I melted into the wooden bench, deeply inhaling and exhaling until my heart and head began to pound. Eventually I dragged myself up, took a few woozy steps away from the sauna, and dunked myself under a frigid waterfall that left me gasping for air. 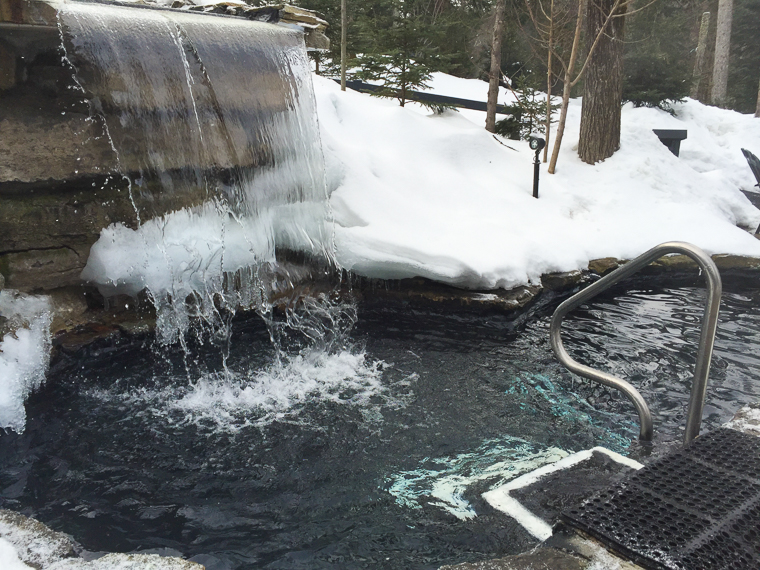 Sound crazy? It kind of is, especially in the middle of February when the outside temperature is about -10 celsius, but that’s the idea behind the Scandinavian concept of thermotherapy which Sibéria Spa is modelled after. Despite being just 20 minutes away from downtown Quebec City, it’s like being transported to Finland as you pull up to the spa’s wood-framed entrance, which is surrounded by towering pine trees and blanketed in snow. 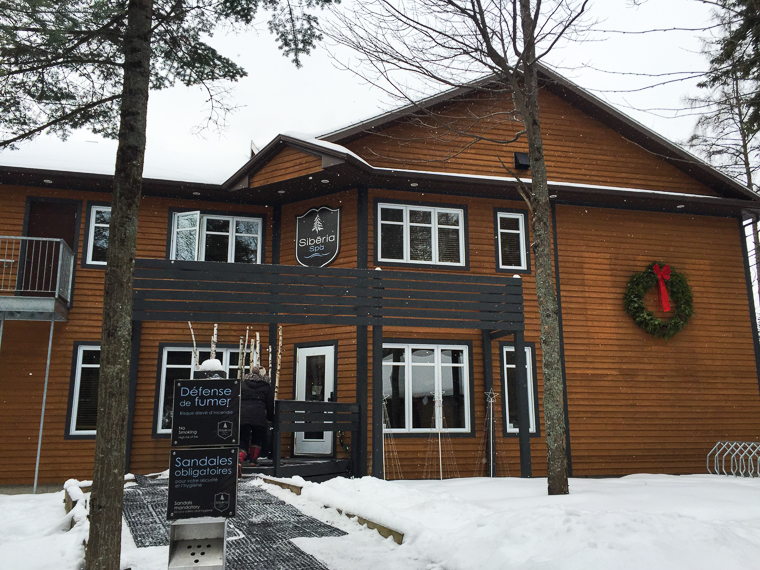 Sibéria Spa’s outdoor facility is open year-round, with hot, cold and rest areas which guests alternate through. Shocking the body with a cold plunge after sweating it out in a sauna is said to reduce stress, relax muscles, eliminate toxins and strengthen the immune system, making it a popular pastime in Europe. 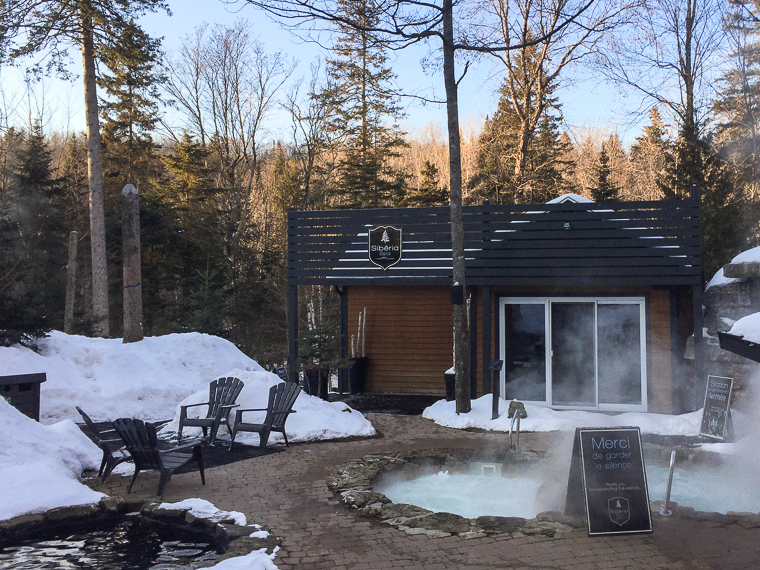 My experience at Sibéria started with a warm greeting at the front desk, where everyone in our group was handed a fluffy white towel and matching robe, along with a bottle of water and a bracelet to open our storage lockers. We were taken out to the balcony which overlooks the entire grounds, as staff helpfully pointed out the different areas and explained the concept behind thermotherapy. After a quick change into our swimsuits, we headed off with a single goal: deep relaxation. 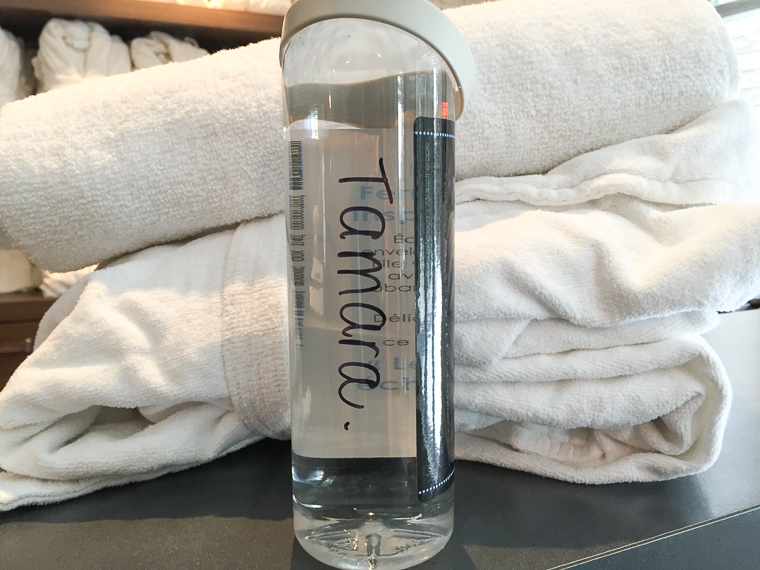 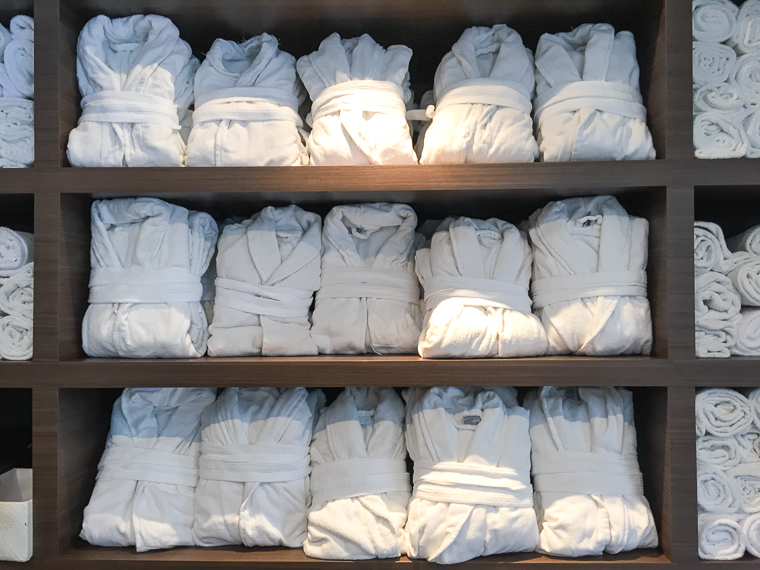 It wasn’t a tall order. Siberia Spa (formerly known as Siberia Station Spa) was built with rejuvenation in mind, and is surrounded by a green forest and peaceful river which make for a perfectly tranquil setting. Guests are asked not to speak in the spa areas to keep the experience quiet, and instead head to the restaurant or one of the lounge areas complete with fireplaces if they’d like to chat. 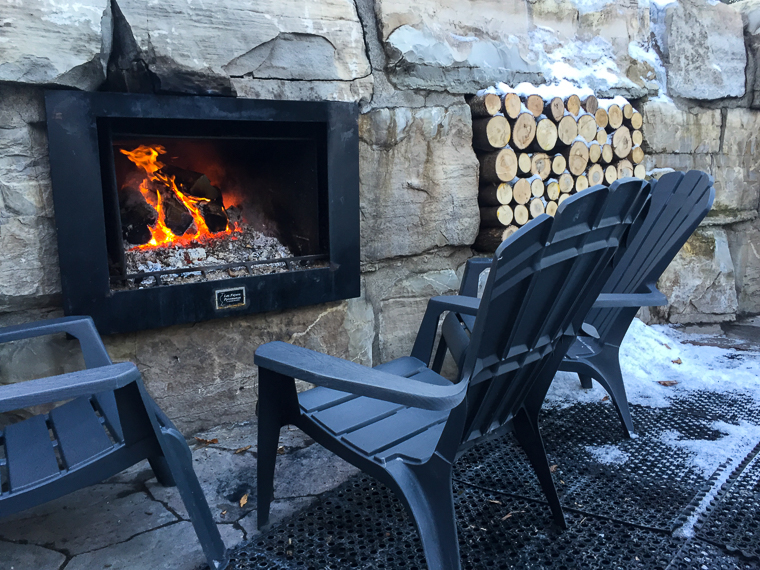 The thermotherapy circuit at Siberia Spa

My first stop was the Finnish sauna, which had large windows allowing the sunlight to stream in as I absorbed the heat. I breathed in the oaky smell of the wooden spa, easily relaxing as the warmth enveloped me and took away the chill of the winter weather outside. 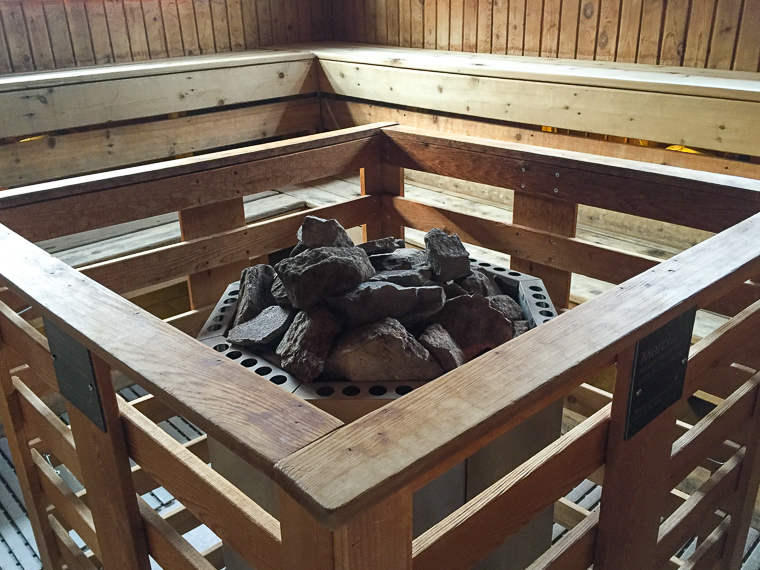 Inside the Finnish sauna

Rather than plunge immediately after into a cold pool as I was instructed, I took a quick dip in one of the hot tubs, bundled up in my robe then wandered around the grounds. Making my way down toward the river, I came upon a yurt which was full of people leisurely swaying in hammocks, either napping or catching up on some reading. The yurt is just one of the so-called relaxation areas on site, and spa-goers can also kick back in the Igloo (which is fortunately not cold as its name would suggest) or grab a chair in front of one of the wood-burning fireplaces. 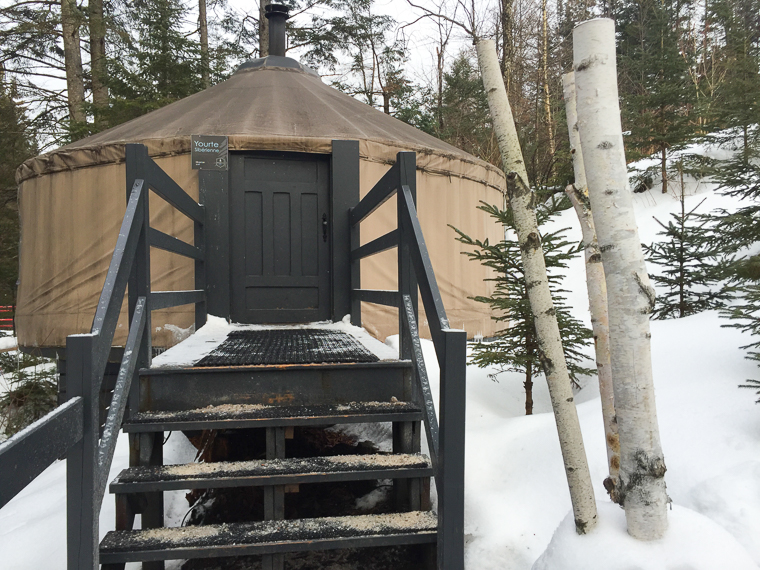 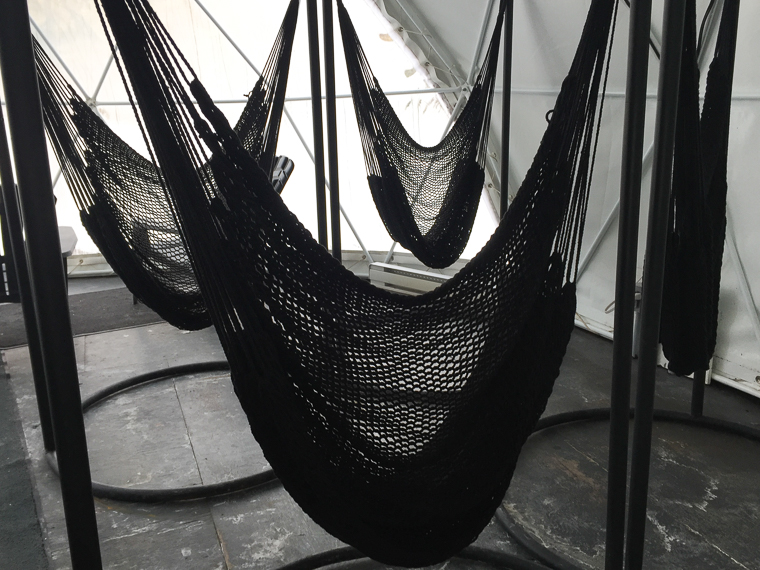 After peeking over the edge of the dock at the icy river below, I decided there was zero chance I was brave enough to plunge into it, and instead retreated to the aforementioned infrared sauna. That sweat session left me relaxed enough to curl up in one of those comfy hammocks and sleep away the rest of the afternoon, but there was still one spot I hadn’t explored: the eucalyptus-infused steam room. 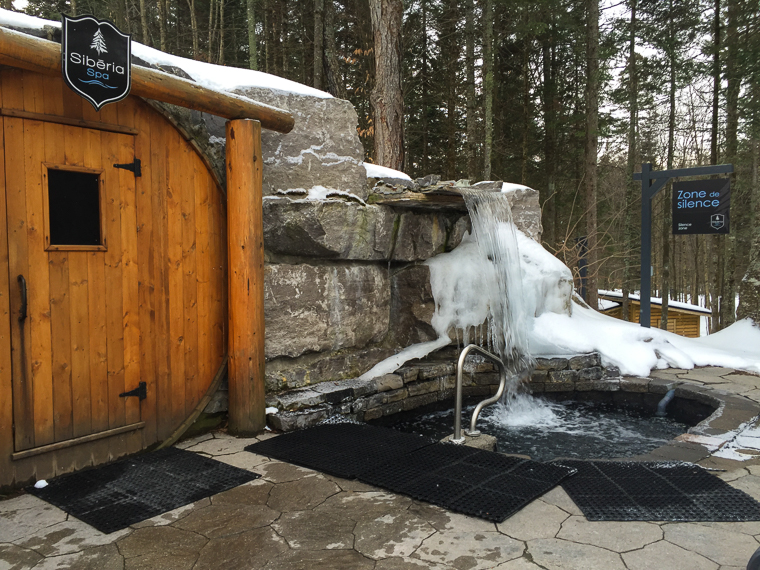 As I pulled open the door, blue lights glowed through a thick haze of steam, and the heat combined with the eucalyptus scent hit me with such force I felt like I’d been dropped into the middle of an Australian rainforest. It was heaven. As I lay down on the tiled bench, hot drops of condensation falling onto me from the ceiling kept me alert, and a tingling sensation ran through my body as I surrendered to the steam enveloping me. There’s no doubt the steam room is the perfect place for those feeling a cold coming on, because if the combination of eucalyptus and steam can’t ward it off, nothing will.

As my time at Sibéria Spa came to a close, I made my way to the centre of the room where a pile of buckets sat next to a large vat of freezing water. Without a moment’s hesitation I dunked the bucket into the basin, and jolted to life as the frigid water streamed down my body. I emerged back outside into the sunlight and made my way back to the change rooms with a smile. I was finally getting the hang of this thermotherapy thing. 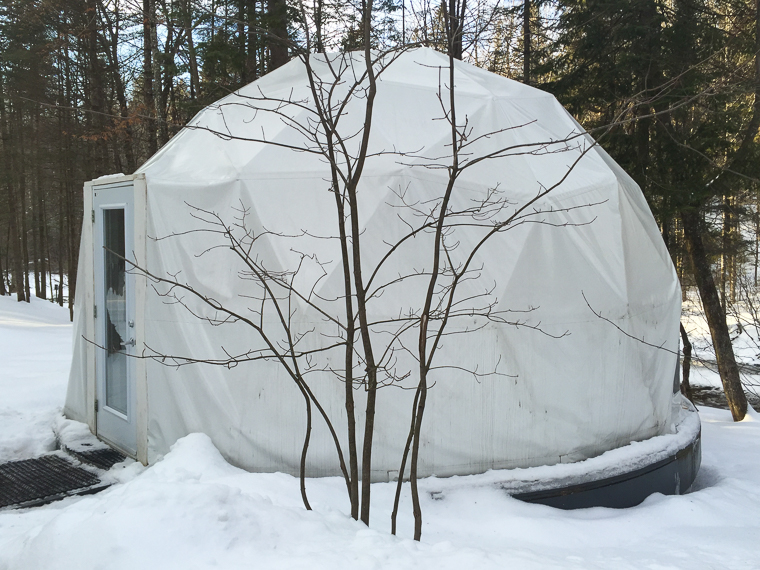 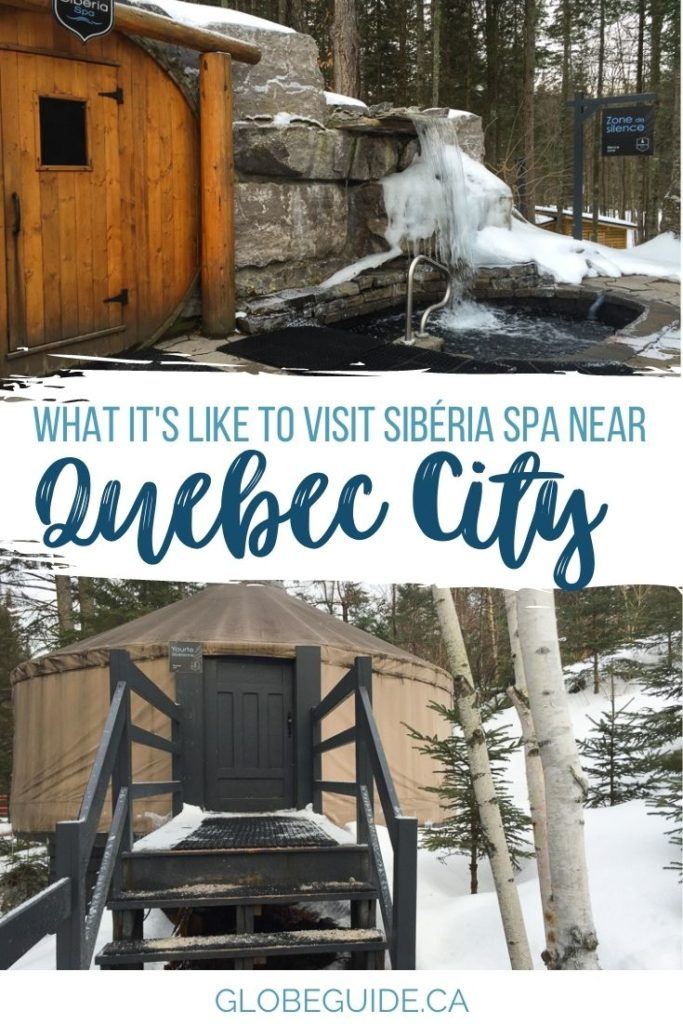 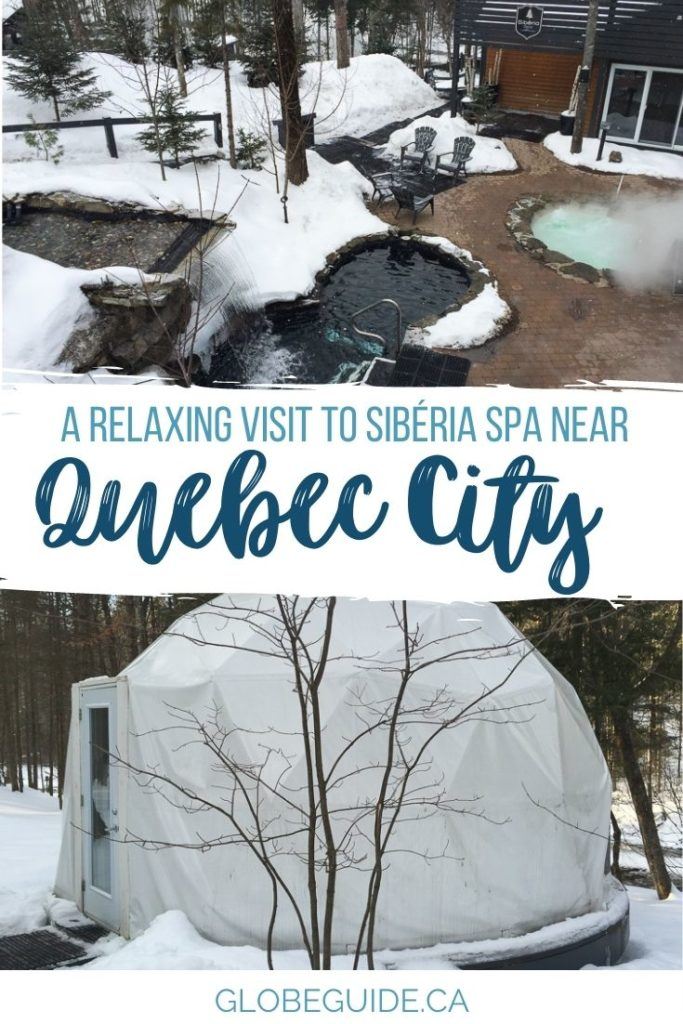 Globe Guide experienced Siberia Station Spa as a guest of Tourism Quebec. As always, hosts have no editorial influence on articles. This article was originally published in March 2016 and updated in December 2020.