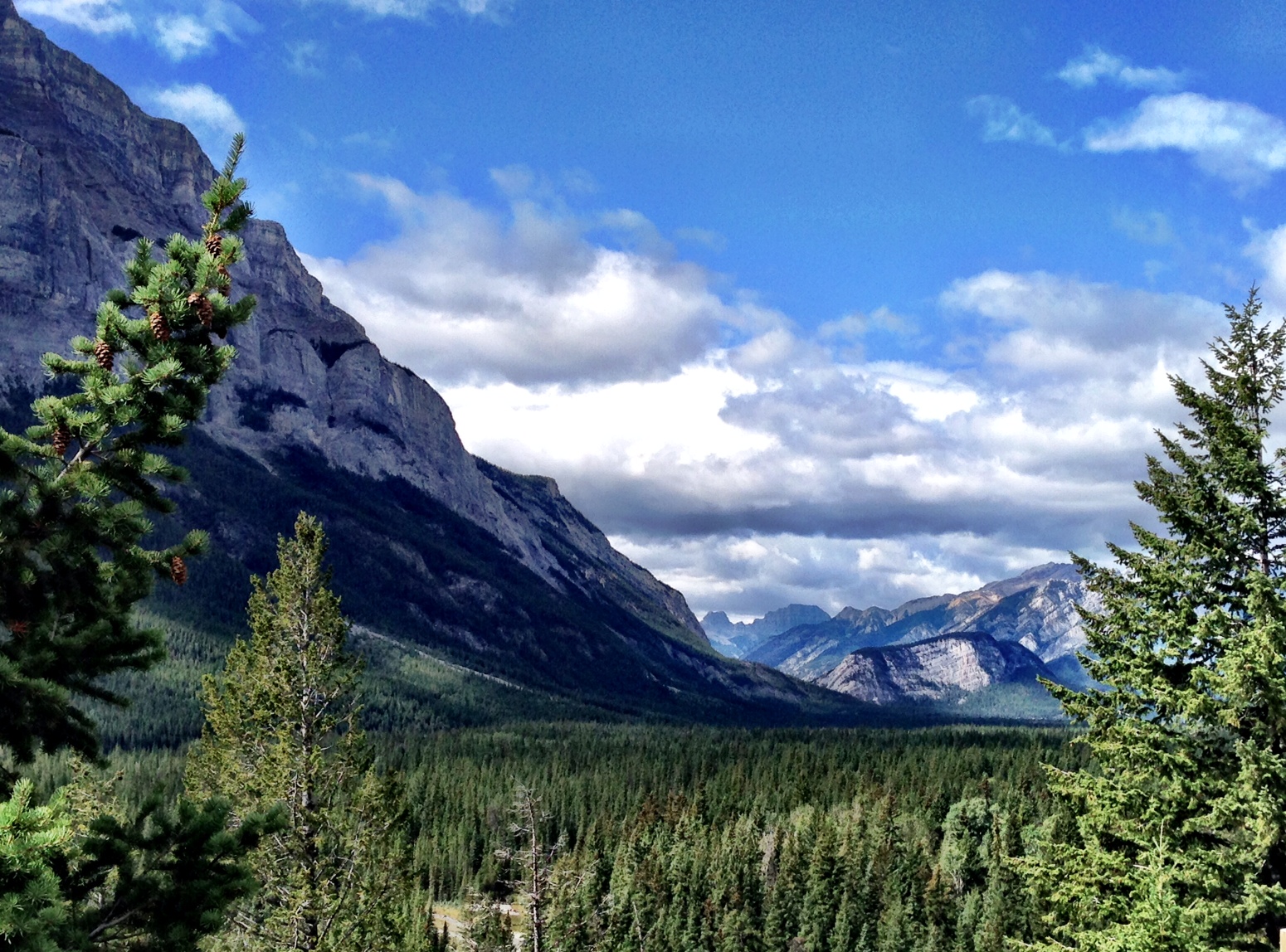 Being one of the largest countries in the entire world, it goes without saying that there is PLENTY to do in Canada. But unless you have lots of time and money to spend travelling around, you likely won’t hit all of the main spots. With that in mind, here are the top 10 things worth squeezing in to get a truly Canadian experience. 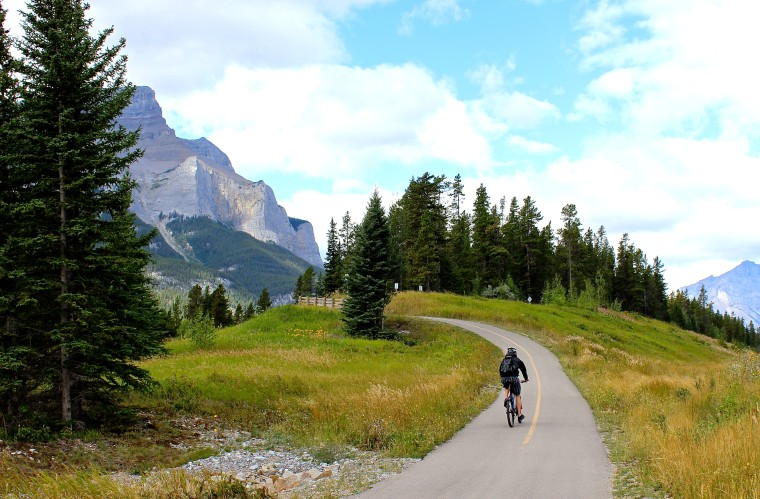 Spend the day at a ski resort

Canada’s mountain ranges are world renowned, and the best part is they can be found from coast to coast. Out east, Quebec is teeming with ski resorts, including some which serve as training grounds for Olympic athletes. However, many head for the Rocky Mountains in the west, which are situated between the provinces of Alberta and British Columbia. Banff National Park serves as the jumping off point for many of them, which also means a chance to check out the picturesque townsite or even go for a helicopter ride. Alternatively, head all the way to the west coast and check out Whistler, which hosted events during the Vancouver Winter Olympics. 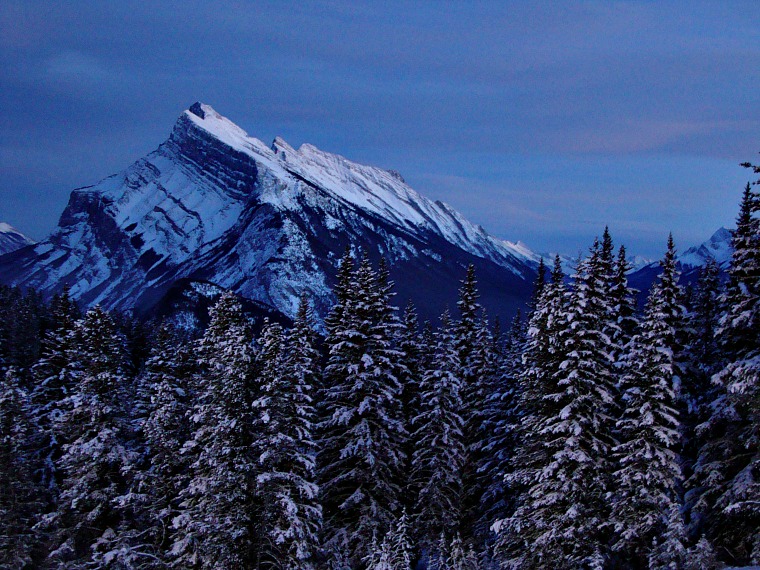 Don’t worry if you’re visiting during the summer and there’s no snow: many resorts have fun activities year round. For example, Fernie Alpline Resort in B.C. has hiking and biking trails as well as a zipline and aerial park, and the terrain park at Whistler stays open through the summer.

Go to a hockey game

Canada’s greatest national pastime is the good ol’ hockey game, and there’s nothing we love more than critiquing the oft-struggling Toronto Maple Leafs, cheering on the Habs or gathering on Saturday nights for the legendary Hockey Night in Canada lineup. Visitors can get in on the fun, as there is usually game or two on the TV at pubs or restaurants.

The best way to enjoy a hockey game is by going to one. There are seven NHL teams in Canada: Vancouver, Edmonton, Calgary, Winnipeg, Montreal, Ottawa and Toronto. While tickets can get snatched up quickly, you can sometimes find last minute tickets online or by calling the team’s ticket office. Prices vary by arena, but seats normally start around $35 and can climb as high as $300 depending how close you are to the ice. If you’re lucky enough to get a seat, be sure to grab a beer, sit back, and cheer loudly! Keep in mind that the NHL season runs from October to late June, so you’ll be out of luck in the summer months.

An NHL game between the Calgary Flames and Vancouver Canucks.

Tim Hortons is basically a national treasure. We’re so obsessed with it, that any time this coffee chain runs a promotion it makes national headlines. You can find at least one Tim Hortons in pretty much every single town in the country, and Canadians like it so much that the company actually set up shop in Afghanistan while our soldiers were serving there. 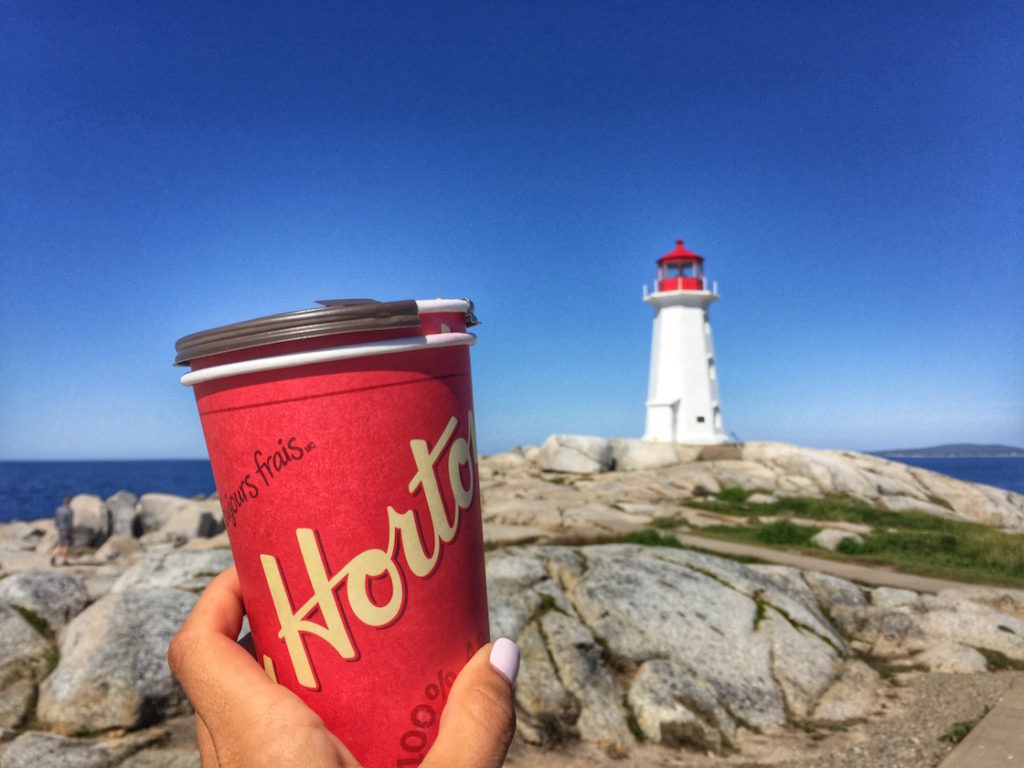 Enjoying the view of Peggy’s Cove with a Tims in hand.

A crowd favourite is the ‘double double’, which is coffee with two creams and two sugars. If java’s not your thing, they also have tea, lattes, ice cappuccinos, muffins, sandwiches, chili…the list goes on and on. Of course, you can’t hit a Tim’s without ordering at least one of their famous doughnuts!

Spend the day on the lake

While Canada doesn’t really have postcard worthy, white-sand beaches, it makes up for it with its abundance of lakes. A favourite Canadian pastime is to head out to a cottage over the long weekend, crack open a beer and enjoy the beautiful view! Some of most popular lakes are around Georgian Bay or Muskoka in Ontario, as well as in Penticton and Kelowna B.C., which are total beach towns. Keep in mind that if you’re heading there around a holiday, accommodation may be hard to come by! 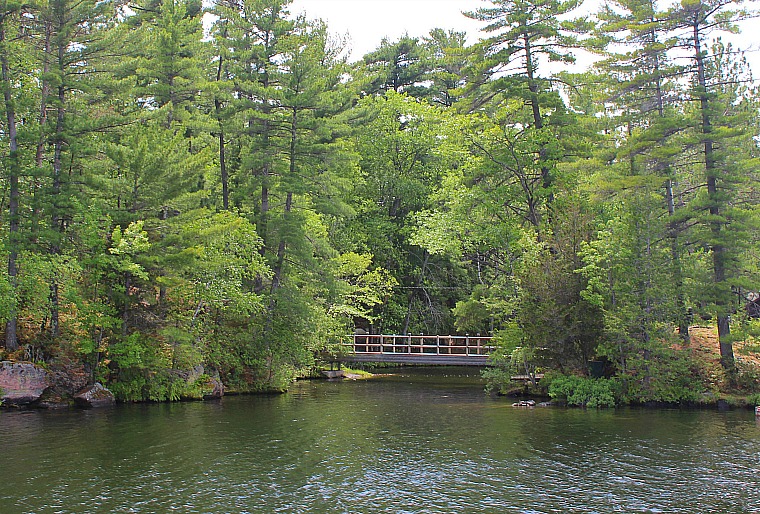 One way to get around this is by renting a houseboat, which holds anywhere from about 10 to 25 people comfortably, and is a crazy fun way to relax and get some sun. A popular place to do this is on Shuswap Lake in B.C., and most boats leave from Sicamous or Salmon Arm. 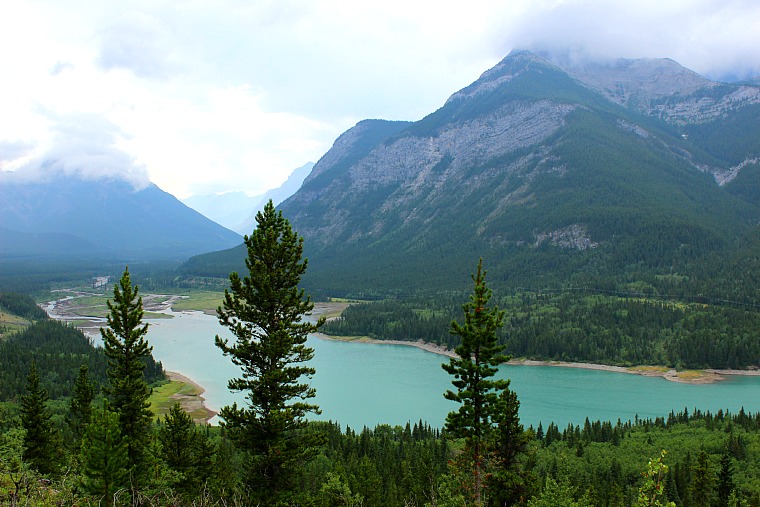 Drive on the Trans-Canada Highway

The Trans-Canada Highway–also known as Highway 1–stretches over 8,000 km from the east coast all the way to the west, making it one of the world’s longest national highways. The fast-moving roadway travels through every single province (with the section between Banff and Vancouver being one of the most scenic legs), making it a good pick for getting between major cities without too much trouble. It actually branches off into two routes, and the more northern leg is called the Yellowhead Highway.

If you’re travelling to multiple cities, consider renting a car and driving instead of flying to enjoy some of Canada’s best road trips. Not only can air travel be expensive, but you’ll also miss out on many sites along the way!

While it’s no France, Canada still has mad skills when it comes to winemaking. The Okanagan in western Canada is perhaps the hotbed of wine production, with hundreds of beautiful vineyards scattered around the region. Naramata and Kelowna, both in B.C., are fantastic places to go if you’re interested in wine tours, and boasts fantastic weather along with stunning views of the sprawling, lush countryside. If you’re looking for a luxe way to spend the day, you could even do a helicopter tour which combines scenic flights around the Okanagan with a number of stops at local wineries.

RELATED: How to enjoy the ultimate girls’ getaway in Vernon 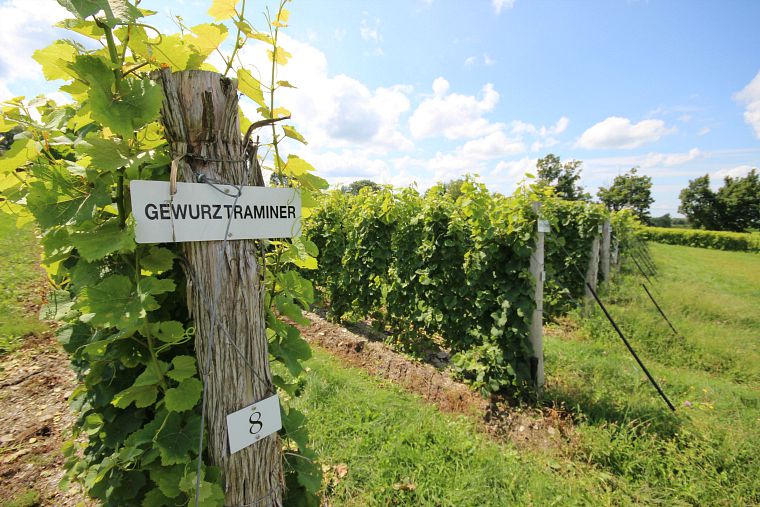 A vineyard in Eastern Townships, Quebec

Some great wines also come out of Ontario, especially around Niagara, Lake Erie and Prince Edward County, and can easily be reached on a day trip from Toronto. Alternatively, head farther east to Quebec for a real treat: ice wine! Producers make it by burying vines then letting intense winter weather hit them, resulting in a sweet concoction that is a great after-dinner treat.

Bonus side trip: head to Hotel de Glace near Quebec City, a hotel made of ice! Featuring rooms carved out of ice as well as an ice bar and ice chapel (for weddings, of course!), it’s a novel place to stay during the winter.

This may sound like the weirdest combination ever, but there is just something soooo good about piping hot French fries slathered in cheese and covered in gravy. You can find this dish at fast food joints and select restaurants across Canada, and there are even standalone shops that sell nothing but poutine. Of course not all dishes are created equally, so if you really want a taste of authentic poutine, be sure to head to Montreal, Quebec—it just so happens to be the city’s specialty! 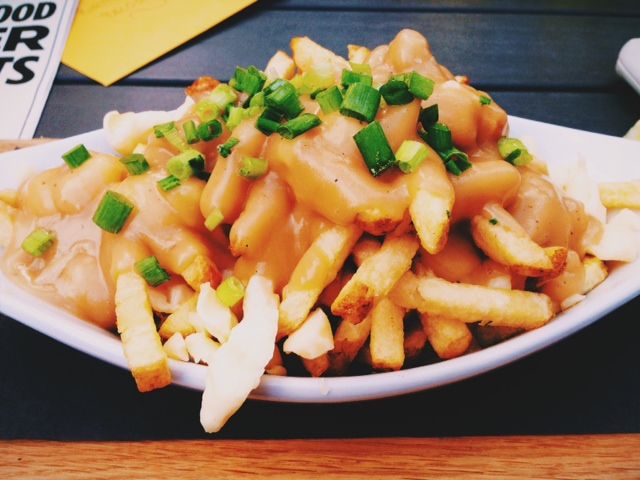 A delicious plate of poutine.

Canucks love to party, and they’ll use just about any excuse to do it. Whether celebrating the arrival of summer, a long weekend or a favourite hockey team’s big win, there’s always sure to be a shindig somewhere. The best way to guarantee a rip-roaring good time is to visit during a major festival. 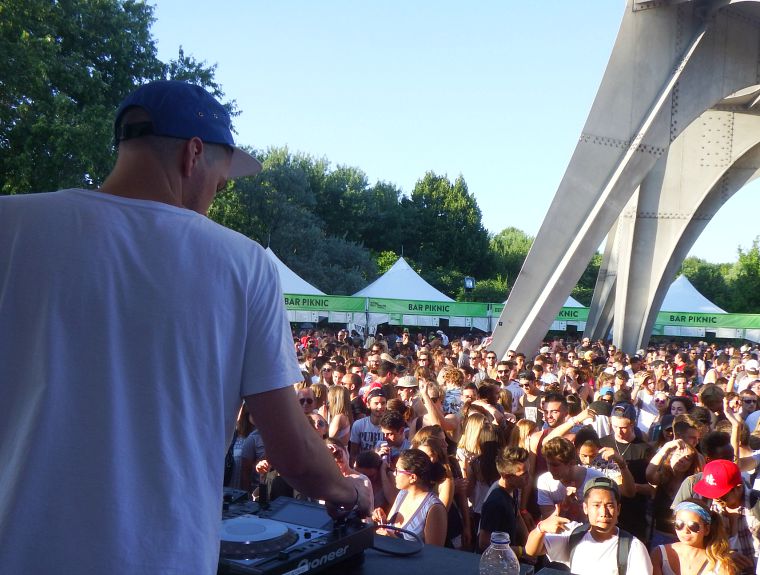 One of the best around is the Calgary Stampede, also known as the Greatest Outdoor Show on Earth. For 10 days every July, the entire city located in Alberta celebrates its western heritage with a parade, daily rodeo, fair grounds and free pancake breakfasts. There are a number of bands playing in bars around the city at any given moment, high-profile concerts, as well as lots of opportunities to square dance! Every night, the celebration is capped off with a spectacular fireworks show. Just don’t forget to bring your cowboy hat!

Another famous party is the Winter Carnaval, which takes place in Quebec City for two weeks in February. The winter carnival has been celebrated since the arrival of the French colony in Canada, and evolved to include winter sports, snow sculptures, night parades, and canoe and dogsled races. Its popularity has landed it on the list of world’s top carnivals, after only Brazil’s Rio and Mardi Gras in New Orleans. Be sure to keep an eye out for Bonhomme himself, a cute, 7 foot tall mascot! 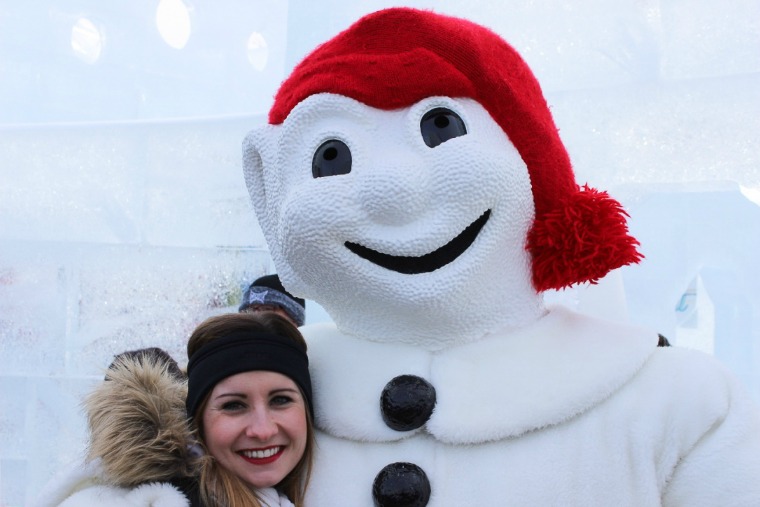 Canada touches three—yes, THREE—oceans, so unless you’re spending all your time in a land-locked province like Saskatchewan, it shouldn’t be too much trouble to make your way over to one of them. To dip your toes in the Pacific Ocean, head over to stunning Vancouver as part of a PNW road trip, which not only has a fantastic seawalk but also incredible mountain views. The quieter city of Victoria is also a great choice, thanks to its great weather, quiet pace and beautiful city centre.

Those brave enough to head far, far north will be able to check out the Arctic Ocean (dress warm!) while the sight of the Atlantic Ocean battering the rocky coasts in the aptly-named Maritime provinces are what draws many visitors out east. It goes without saying that no matter which ocean you make it to, you’ll be able to enjoy fantastic seafood—fresh lobster is a must! 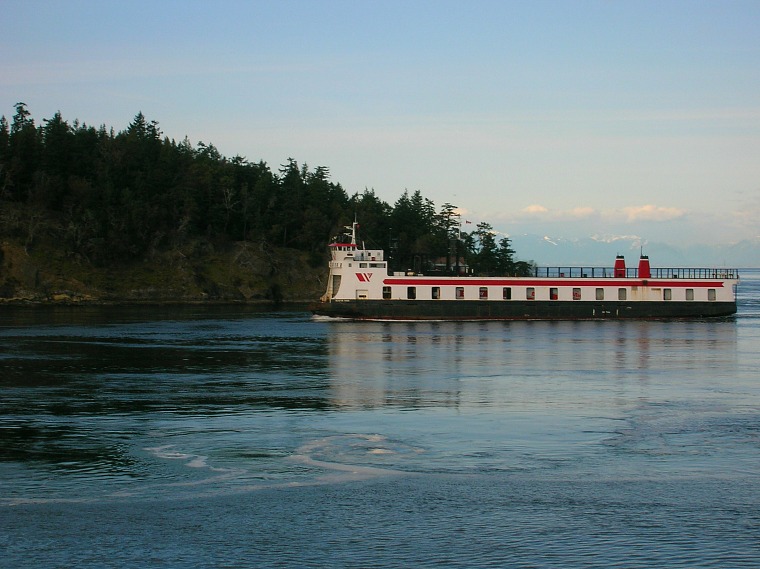 If you’re looking for a breath of fresh air, Canada is the place to be. There are an astounding number of incredible national parks full of hiking trails, featuring breathtaking views of surrounding mountain ranges, brilliant blue lakes and lush forests. If you keep your eyes peeled for wildlife, you might even spot bears, deer, mountain goats, sheep, elk and moose—just be sure to stay a safe distance away from them! 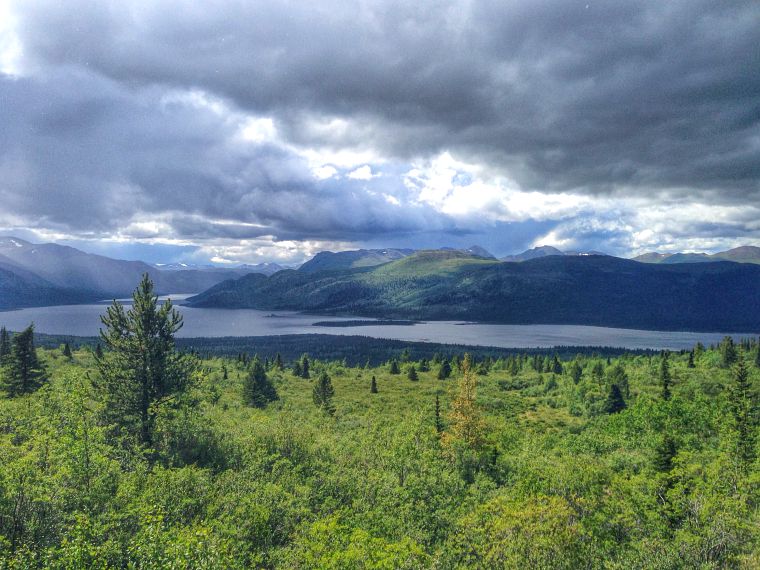 A photography guide to the best spots in Toronto, Ontario