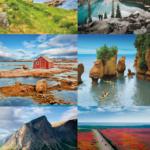 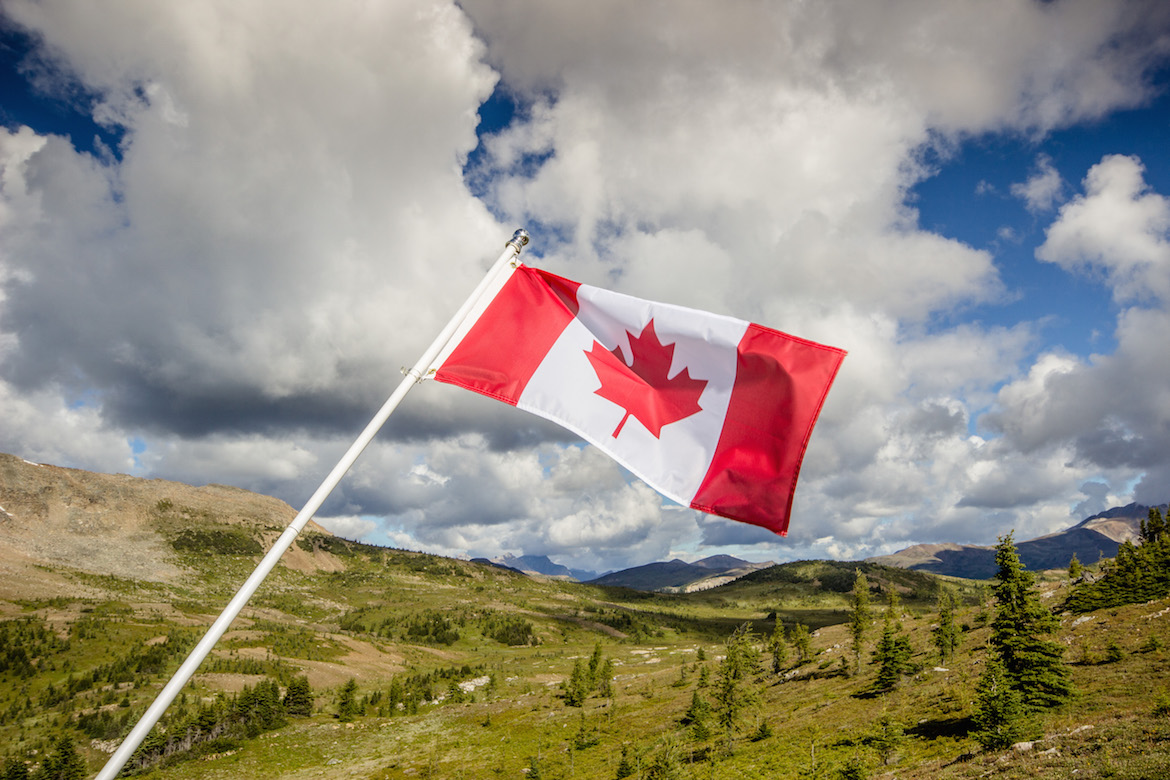 Maybe I’m biased—I am a proud Canadian after all—but it’s safe to say Canada is the prettiest country on the planet. Being one of the largest countries in the world, it’s blessed with a myriad of natural wonders and dazzling array of climates, from the west coast’s sandy beaches to the untouched arctic tundra, endless wheat-covered prairies, soaring mountain ranges, thick forests, thousands of sparkling lakes and awe-inspiring rocky coasts.

With the country celebrating its 150th birthday in 2017, here are 150 photos sure to inspire your next visit—or if you’re one of the lucky ones, make you very, very proud to live here.

From bustling cities to some of Canada’s best national parks, Alberta truly has it all. Photos of sparkling Moraine Lake in Banff National Park have graced the front pages of countless travel sections, and other scenic spots include Waterton, Kananaskis and Jasper. The province’s capital city Edmonton is known for its river valley and culture scene, while crowd-pleasing Calgary is famous for the Calgary Stampede, affectionately known as the Greatest Outdoor Show on Earth.

READ:
The best photo stops along Alberta’s scenic Icefields Parkway
The best spots to take photos in Calgary
The ultimate guide to the best of Banff, Alberta

With its waterfalls, crystal-clear lakes, dense forests and soaring mountain peaks, it’s easy to see why some consider British Columbia to be Canada’s crown jewel. The western-most province has an incredibly diverse landscape, including the mountainous Kootenay Rockies, the desert-like climate found in the Okanagan and Kamloops, all the way out to Tofino where a constant stream of ocean waves make it a surfer’s paradise. A trip to Vancouver is a must, as well as historic Victoria and Kelowna which is in the heart of wine country.

Despite not being on the radar of many travellers, the province of Manitoba has some major gems: among them, the historic city of Winnipeg which is home to Canada’s most famous intersection (Portage and Main) and the country’s only national museum outside of Ottawa, and the town of Churchill nestled on the shores of the Hudson Bay. The long trek up north is worth it for the chance to kayak among the friendly beluga whales, and go on a safari to see polar bears in their natural habitat—a completely unforgettable experience.

READ: 10 unique winter activities you have to try in Winnipeg, Manitoba

Highlights of this province in the Maritimes include wandering the streets of the historic capital Fredericton, whale watching, and visiting the spectacular Bay of Fundy which is considered one of the world’s top natural wonders. Besides its many scenic spots, New Brunswick also has a vibrant history and is the home of Acadian culture. Interestingly, it’s also Canada’s only bilingual province, as many residents speak both French and English.

The province of Newfoundland and Labrador is so far east, its time zone is actually more in sync with the UK than western Canada. It also gives off major Ireland vibes, thanks to its rugged coastlines and ocean views, but once you meet the friendly residents and see a token moose, there’s no question you’re still in Canada. Highlights include the other-worldly Torngat Mountains, the colourful capital St. John’s, Gros Morne National Park and Fogo Island which is home to one of the country’s most unique and esteemed properties, the Fogo Island Inn.

When it comes to seeing what life is like on the coast, there’s no better place than Nova Scotia. The province is attached to Canada’s mainland, then stretches out into the Atlantic Ocean by the time one hits the island of postcard-perfect Cape Breton. All that coastline means there’s no shortage of scenic drives, untouched beaches and rocky cliffsides battered by the ocean waves. Driving the famous Cabot Trail around Cape Breton is an absolute must, and visitors will also want to make time to explore the fun capital Halifax. The iconic lighthouse found in Peggy’s Cove is one of Canada’s most photographed sites, and the charming towns of Lunenburg and Wolfville are well worth a stop.

Home to remote landscapes, stunning skies and the midnight sun, the Northwest Territories are perfectly untouched. Most visitors kick off their visit in the capital Yellowknife, before heading out to explore spots like Great Bear lake, the historic Northwest Passage, or attempt to navigate the famous ice roads all the way up to Tuktoyaktuk—a feat that’s truly one for the bucket list.

Canada’s newest territory is also the least populated, and the epitome of “off the beaten path.” Despite being the size of western Europe, it’s still so undeveloped that the only way to arrive and get around is by air or sea. Visitors who are able to overcome the logistical challenges of exploring the frozen frontier are rewarded with unspoilt natural wonders, including arctic wildlife like polar bears, belugas, muskox and seals, ice floes, and a front row seat to the northern lights.

Home to more than one third of Canada’s population, Ontario is like a cultural mosaic—particularly in bustling Toronto which also serves as the country’s financial epicentre. The world-class city has sky-high skyscrapers as far as the eye can see, but also plenty of vibrant and eclectic neighbourhoods, fantastic museums and booming foodie scene. Ottawa is of course the capital of Canada, where visitors can enjoy exploring iconic spots such as Parliament Hill and the pretty Rideau Canal. Escaping the hustle and bustle is easy in Ontario, with spots like charming Niagara-on-the-Lake which is surrounded by vineyards and lake spots like Georgian Bay and Muskoka being popular city breaks.

READ: A photography guide to the best spots in Toronto, Ontario

It may be Canada’s tiniest province, but PEI packs a punch. Known as the birthplace of both confederation and Anne of Green Gables, the island is a treasured getaway for many Canadians, particularly in the summer months. Famous for its expansive, sandy beaches, red cliffs, fresh seafood and world-class golf courses, Prince Edward Island has something for everybody.

Visitors to Quebec could be forgiven for forgetting they’re in Canada—after all, the province has a decidedly French flair. From the language to the European streetscapes, exploring Old Montreal or fortified Quebec City can be like taking a trip across the pond. Outside the bustling city centres there are plenty of scenic spots to explore around the province, including the quaint Eastern Townships, outdoorsy Charlevoix and the gorgeous Magdalen Islands.

READ:
10 unforgettable winter activities to enjoy in Quebec City
How to plan the perfect girls getaway in Montreal

Looking for wide open spaces? Saskatchewan has plenty of them. The prairie province has grasslands galore, and plenty of lakes and provincial parks perfect for camping. Grasslands National Park is a stunner, and the city of Saskatoon is well-worth a stop thanks to its thriving culinary scene and music festivals.

Found in Canada’s far north bordering Alaska, the Yukon is a treasure trove for outdoor adventures. During winter it’s the perfect place for dogsledding, snowmobiling and watching the Northern Lights, while summer means canoeing on turquoise lakes, hiking through incredible Kluane National Park, and road trips up to Dawson City which looks like a town straight out of the Wild Wild West.

READ:
25 photos that will inspire you to visit Yukon, Canada
Fun day trips from Whitehorse, Yukon