10 quintessential things to do in Prince Edward Island 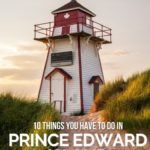 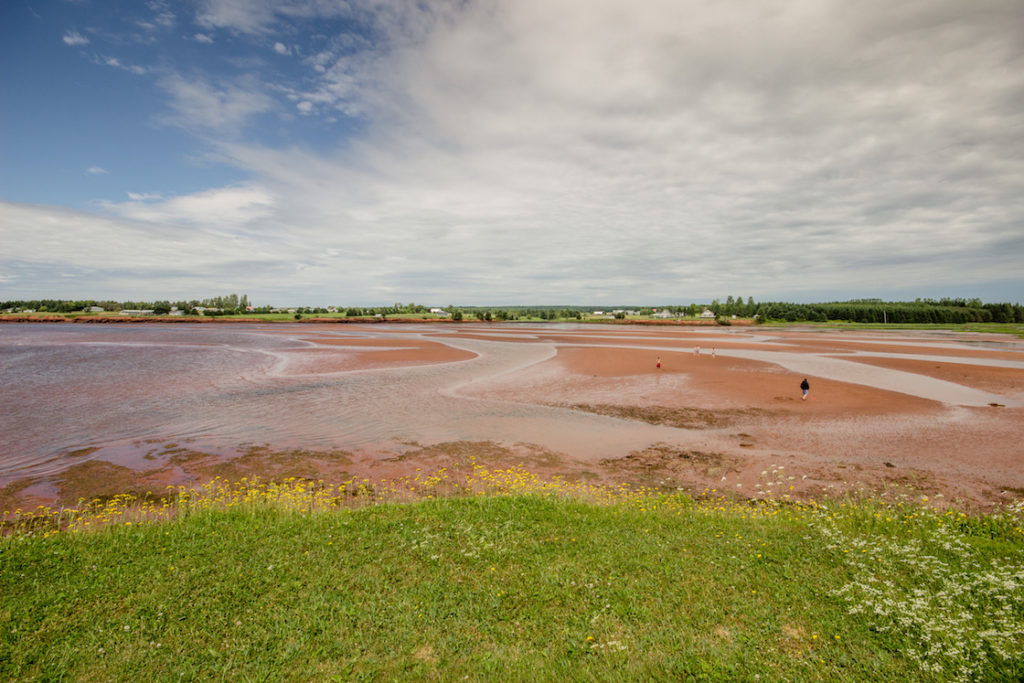 It may be Canada’s tiniest province, but there are sure plenty of things to do in Prince Edward Island on the country’s east coast, particularly in the summer months. Easily navigable, it’s easy to explore the whole island by car or plant yourself in the capital of Charlottetown and take day trips from there.

With untouched beaches, scenic golf courses, fresh seafood and heaps of history, visitors will never run out of spots to explore. From climbing dunes to tracking down Anne of Green Gables, here are 10 unique things to do in PEI.

Driving through PEI’s countryside often means coming across a striking scene: vibrant green plants nestled in earthy red soil, offset by a bright blue sky. The phenomenon is created by iron oxide that “rusts” with exposure to air, creating the rugged, rouge scenery. 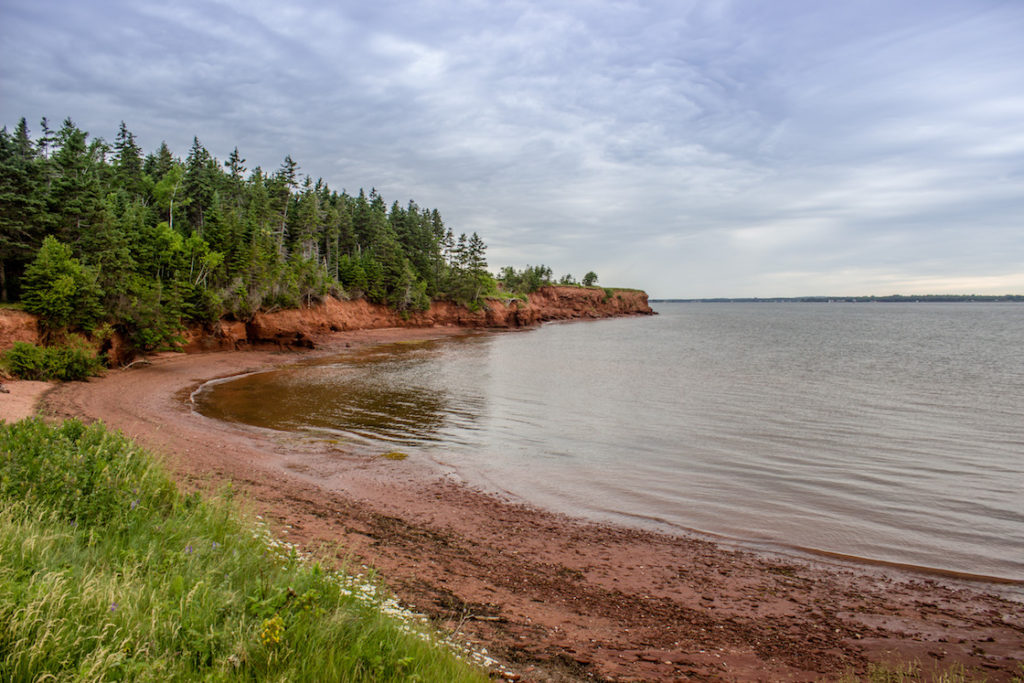 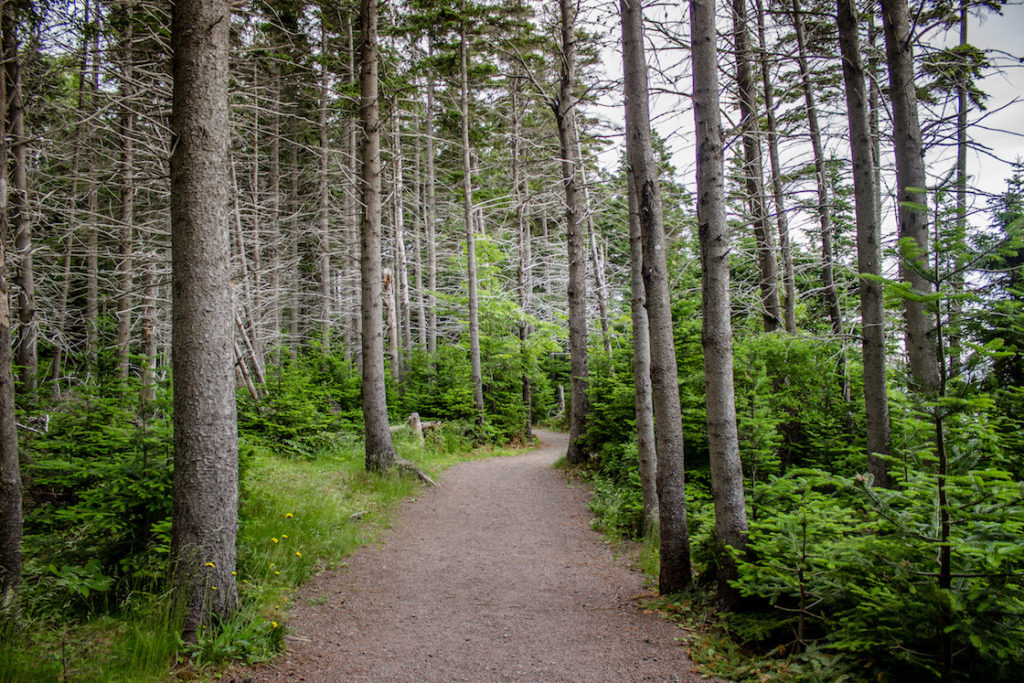 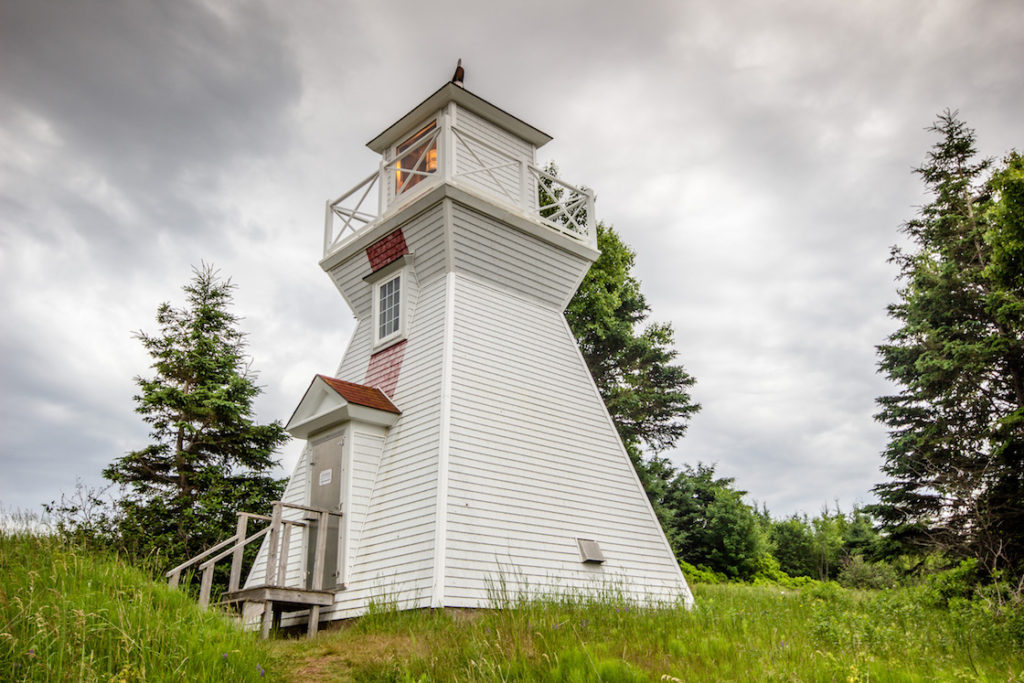 It’s not just farmer’s fields that benefit—in fact, much of Prince Edward Island’s coast is lined with those signature red cliffs and beaches. A great spot to see them is the Port-la-Joye-Fort Amherst National Historic Site which is one of the best beaches near Charlottetown, thanks to its great lookout points and pretty trails lined with white lighthouses.
Canoe Cove Beach is also well-worth a stop. Located on the south shore, this spot is one of the Prince Edward Island beaches that’s popular with families thanks to its day-use area which has a playground and is the perfect place to enjoy a picnic. Visitors can walk along the sand and head into the bay, which is particularly novel during low tide when warm water pools between the mounds. 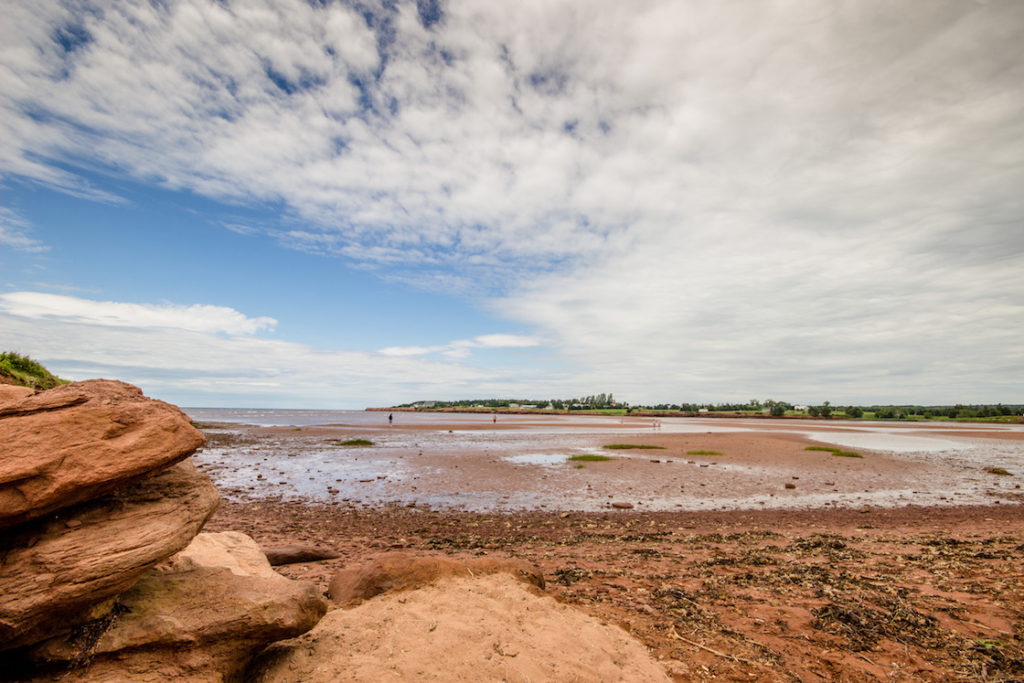 Look for Anne of Green Gables

No trip to Prince Edward Island is complete without visiting the spot the it’s most famous for: Green Gables Heritage Place, which inspired Anne of Green Gables. Author L.M. Montgomery frequented the area growing up, and often referenced her surroundings in her tales about the vivacious, orphaned red head who has been capturing hearts for over a century.

READ MORE: How to meet Anne of Green Gables in Prince Edward Island 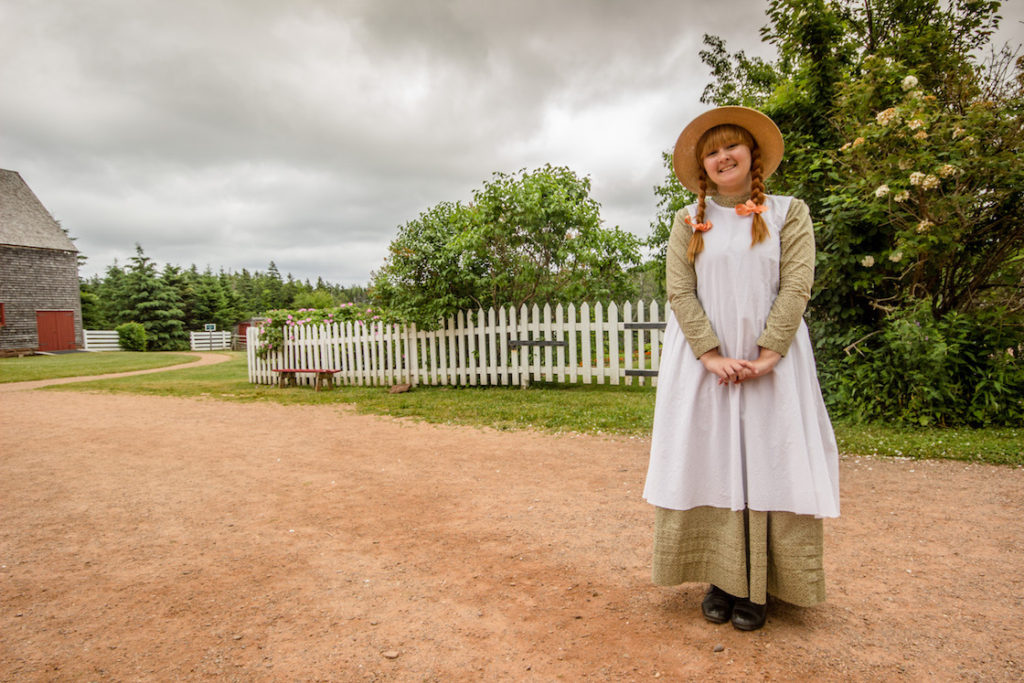 Today, Parks Canada manages the site which features a large barn with big red doors, wooded pathways and the iconic Green Gables House. Keep a sharp eye out, and you just might come across Anne herself! Many visitors combine their visit with a tour of nearby Avonlea Village, where the schoolhouse that Montgomery once taught in now sits, along with the church she and her family attended. 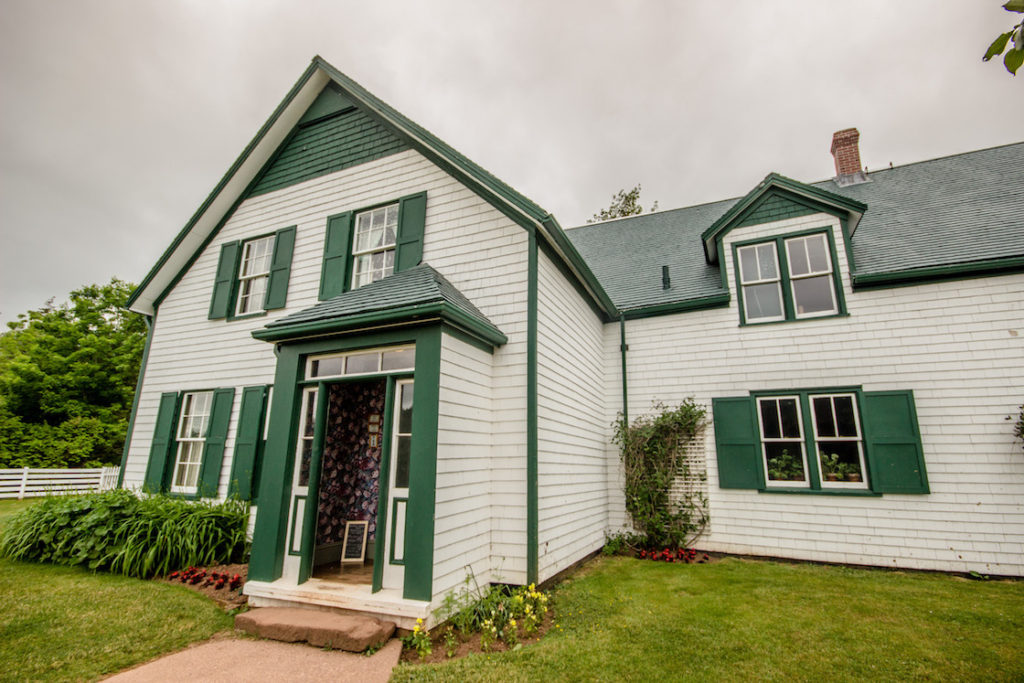 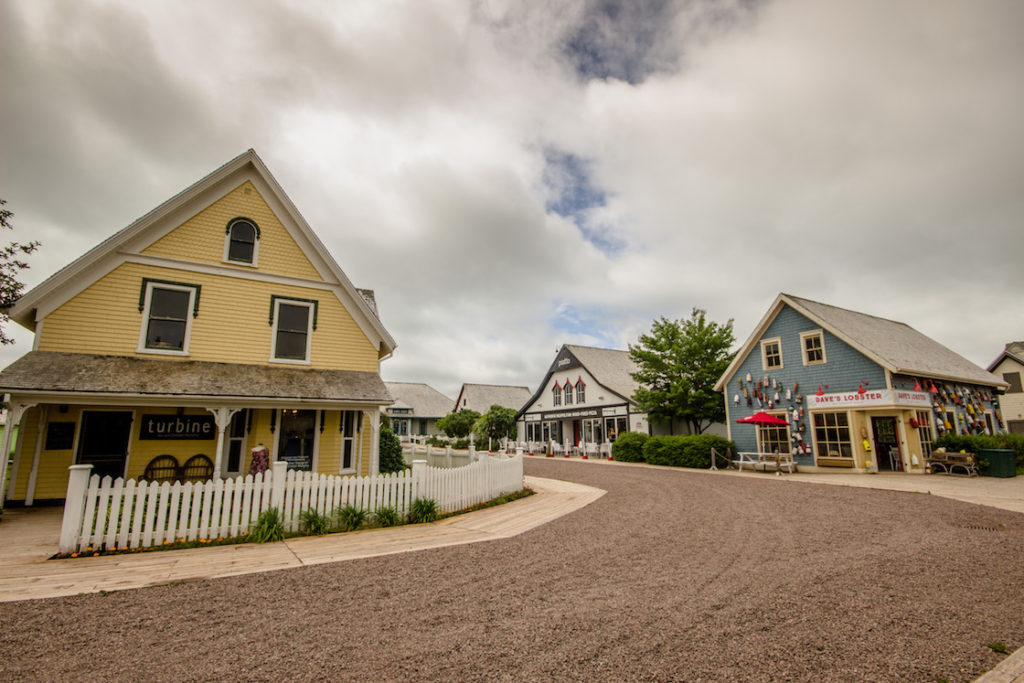 Grab a cone at COWS

Freckle-faced Anne may have bragging rights as PEI’s most beloved symbol, but COWS is a close second. The company has been serving up ice cream since 1983, using fresh cream, eggs and sugar the old-fashioned way resulting in tasty frozen treats. 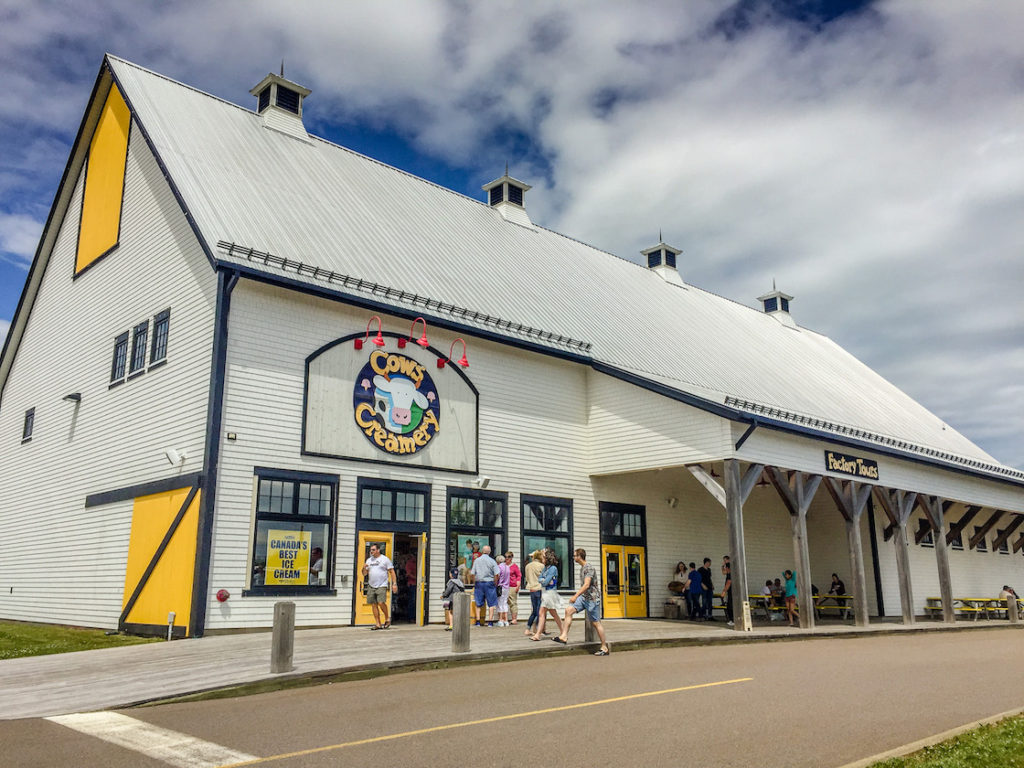 There was so much demand for their flavours such as Chip Chip Hooray and Messie Bessie along with classic favourites like bubblegum, that COWS eventually opened other locations across Canada. However, the company is still strongly rooted in PEI where it has six locations, including the main creamery in Charlottetown which offers free tours of the production areas and also has a huge gift shop. 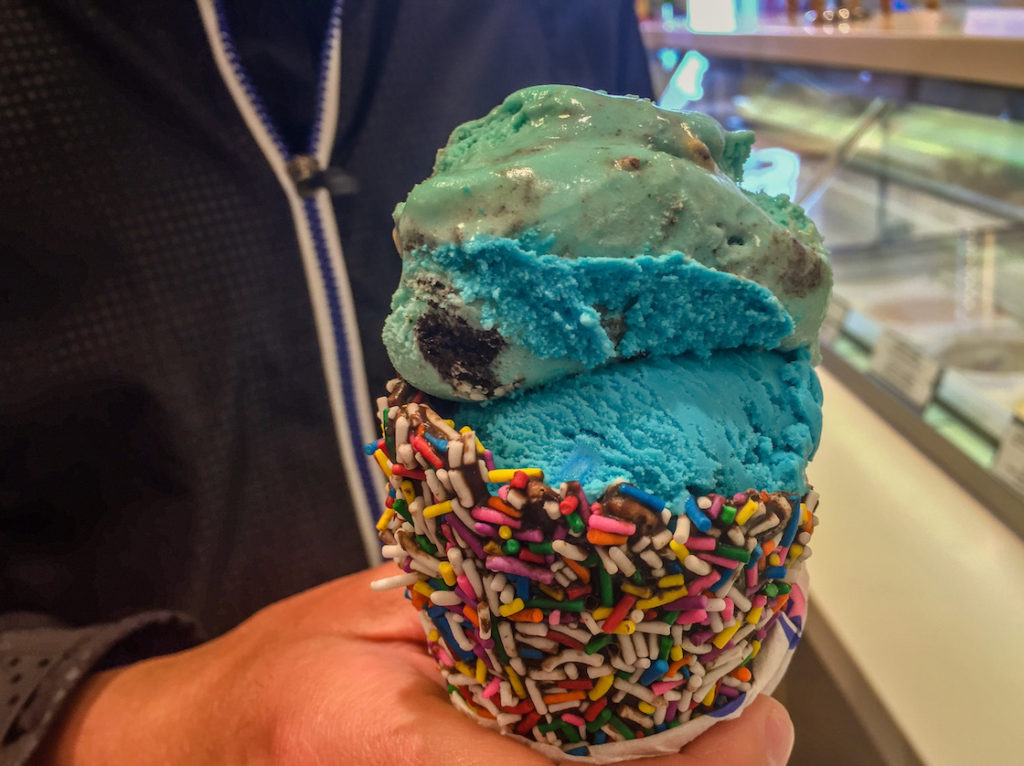 PEI’s sand dunes are perhaps just as iconic as the province’s red cliffs, and are found in spots like the Greenwich section of Prince Edward Island National Park. Home to parabolic dunes which have a half-bowl shape, the area is accessed via the Greenwich Dunes Trail that passes through a forest sheltering the likes of Downy Woodpeckers, Great Horned Owls and red squirrels. The path eventually leads to a picturesque bridge that floats in Bowley Pond, where the dunes can first be seen. 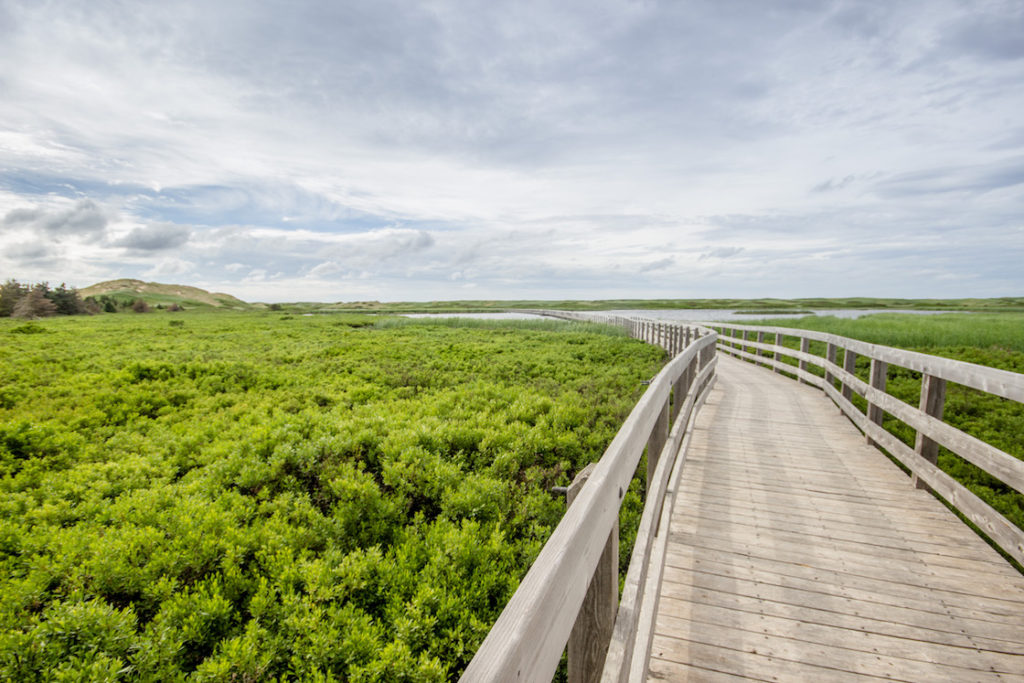 After scrambling up a sandy hill, visitors are greeted by an expansive shimmering beach, and will find numerous platforms perfect for viewing the ever-changing dunes which are constantly reshaped by the wind. Read the interpretive signs to learn more about the landscape, relax on the beach, or simply sit back in one of the bright red Parks Canada chairs and enjoy the view. 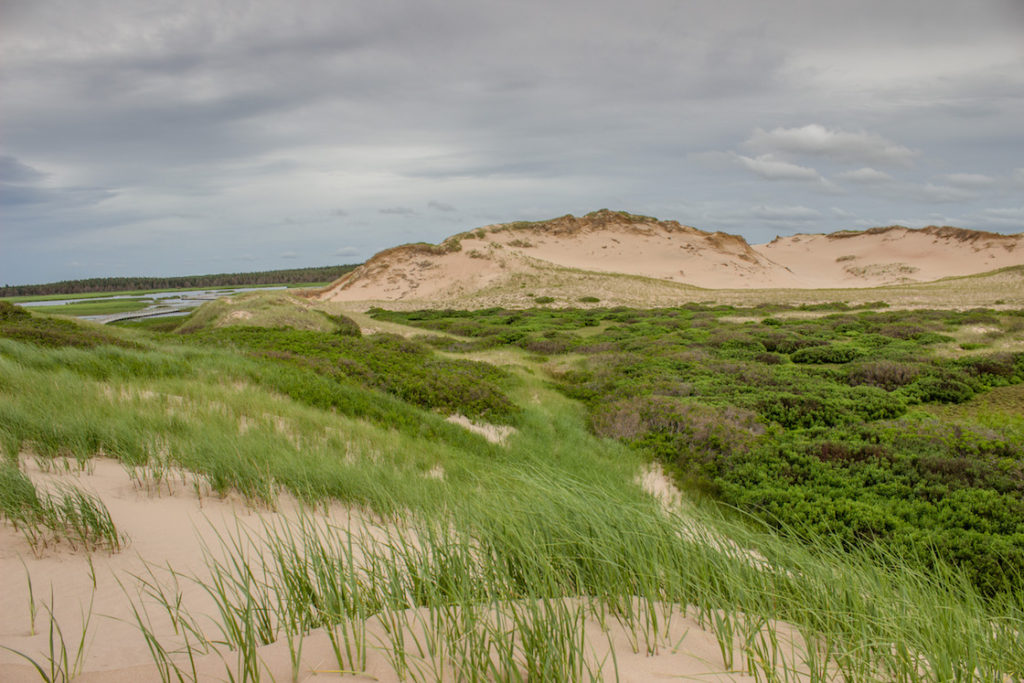 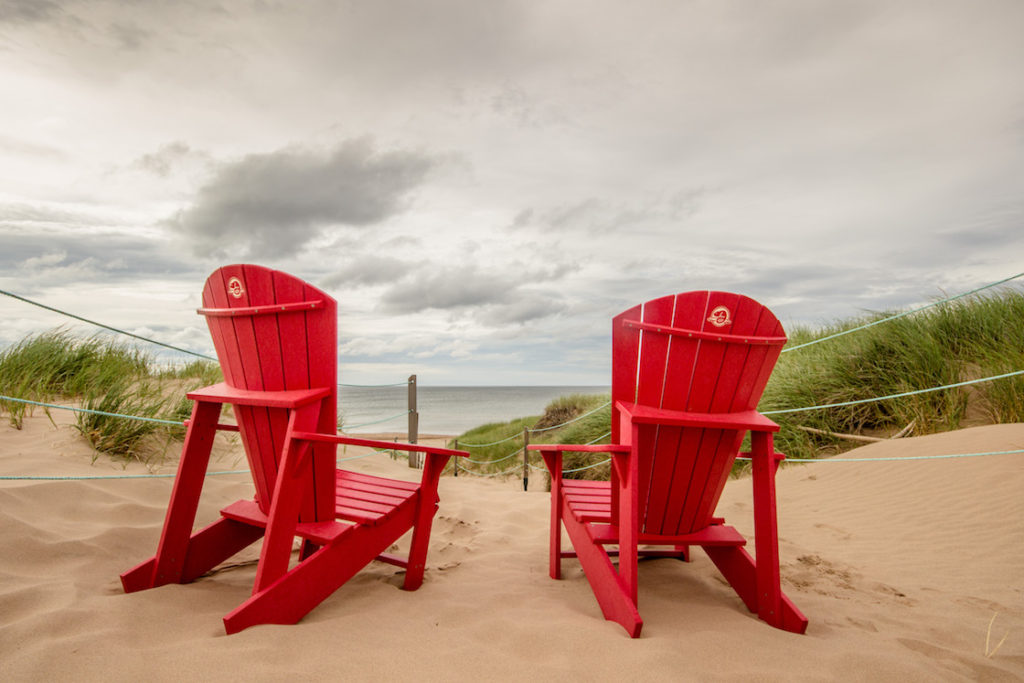 One of the best things to do in PEI for foodies is enjoying some seafood, so keep an eye out for fresh oysters, lobster rolls, lobster sandwiches, lobster dinners…you get the picture! Notable spots to get your fill include:

Stretching over 434 kilometres, islanders are particularly proud of the Confederation Trail which is a great way to enjoy some PEI sightseeing on two wheels. The main section starts in Tignish and ends in Elmira, and the most popular spot to tackle the trail is between St. Peter’s Bay and Morell which takes about one hour and navigates the coastline, marshlands, fields full of flowers and three little bridges. 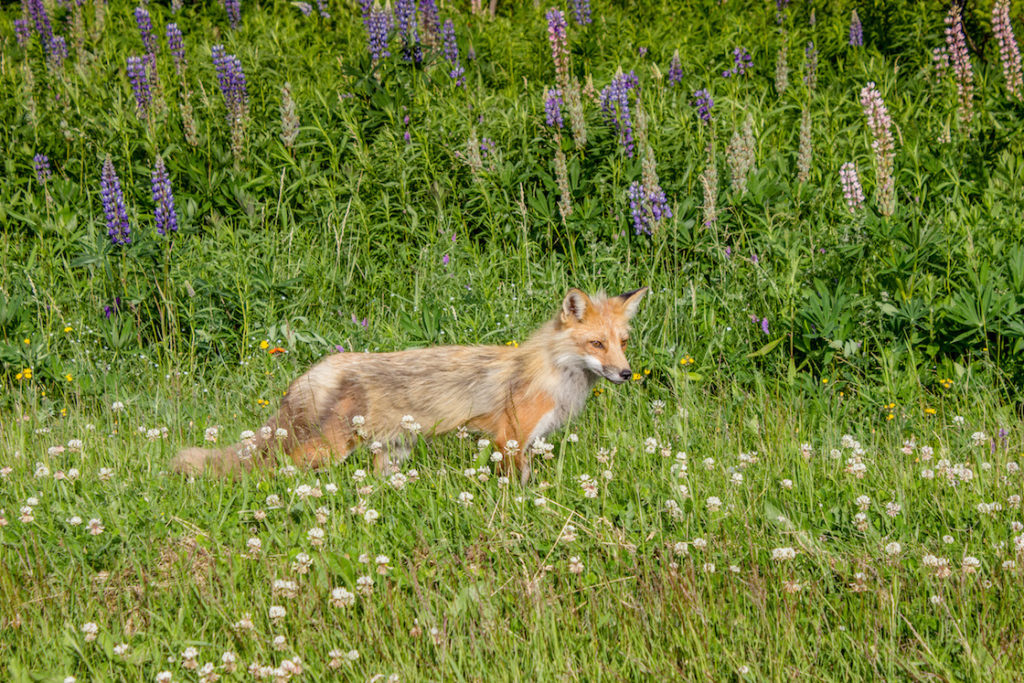 Spotting a fox on the Confederation Trail 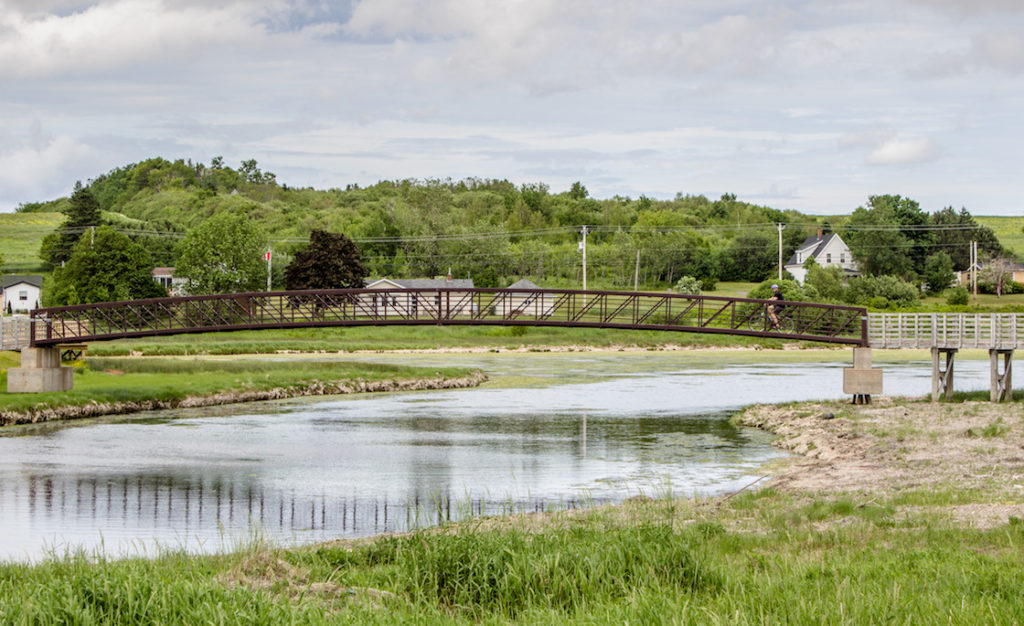 Globe Guide tip: Those who find themselves in the north part of the island should check out the Gulf Shore Way. The 12.5 kilometre paved trail between Brackley Beach and Dalvay also passes Cavendish and North Rustico beach (which is even more scenic than the Confederation Trail!). 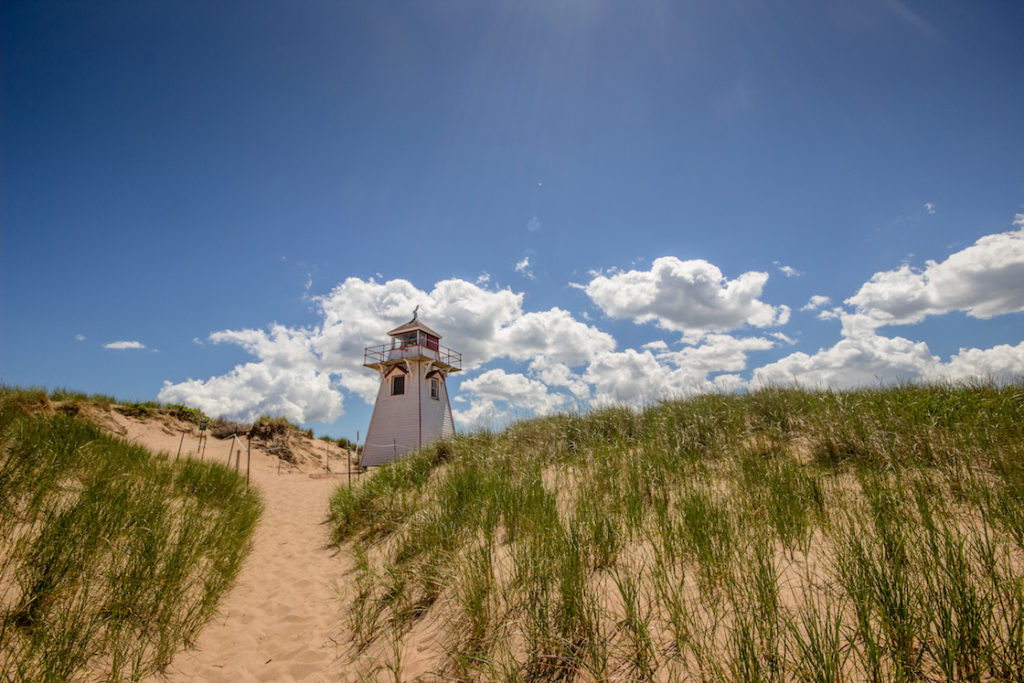 If you thought you couldn’t get excited about jam, then you’ve obviously never been to the Prince Edward Island Preserve Company. The family-owned business in the idyllic town of New Glasgow has been canning preserves since 1985, and their signature flavours like Raspberry & Champagne and Strawberry & Champagne have been flying off the shelves ever since. 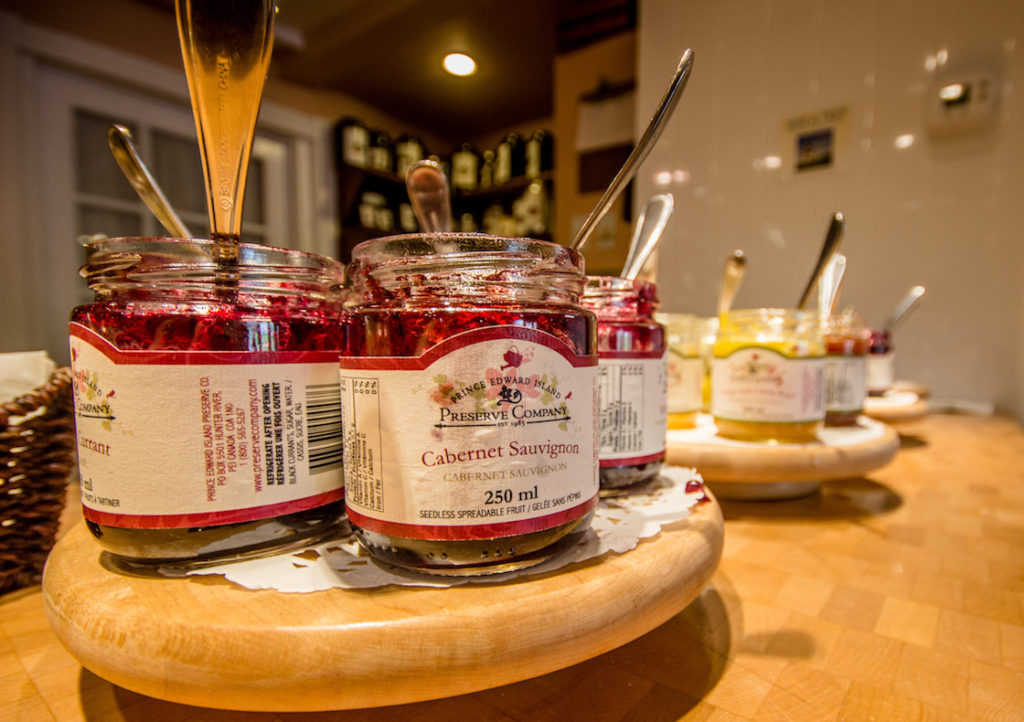 The storefront includes a sample area where you can try the different flavours which you’ll inevitably end up taking home (don’t worry, they ship worldwide) as well as a large window that offers a glimpse into the production area. The company also blends loose leaf tea, sells adorable china sets and has a fantastic restaurant overlooking the water, so it’s no surprise that a stop at the Preserve Company is high on most visitors’ list of PEI attractions. 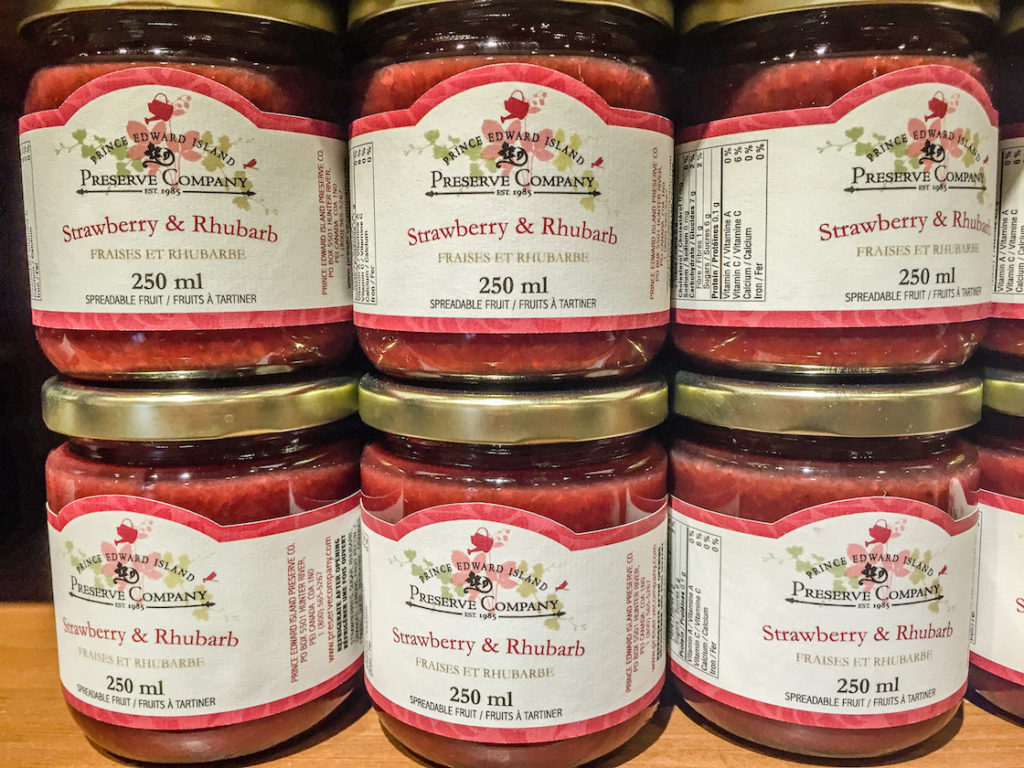 Hit the beaches in PEI

With 1,100 kilometres of shoreline, it’s pretty much impossible to not build in some time at the best beaches in Prince Edward Island. Couple that with the fact that PEI has a relatively sparse population, and it’s easy to see why finding solitude on an untouched stretch of sand is such a popular pastime in the province. 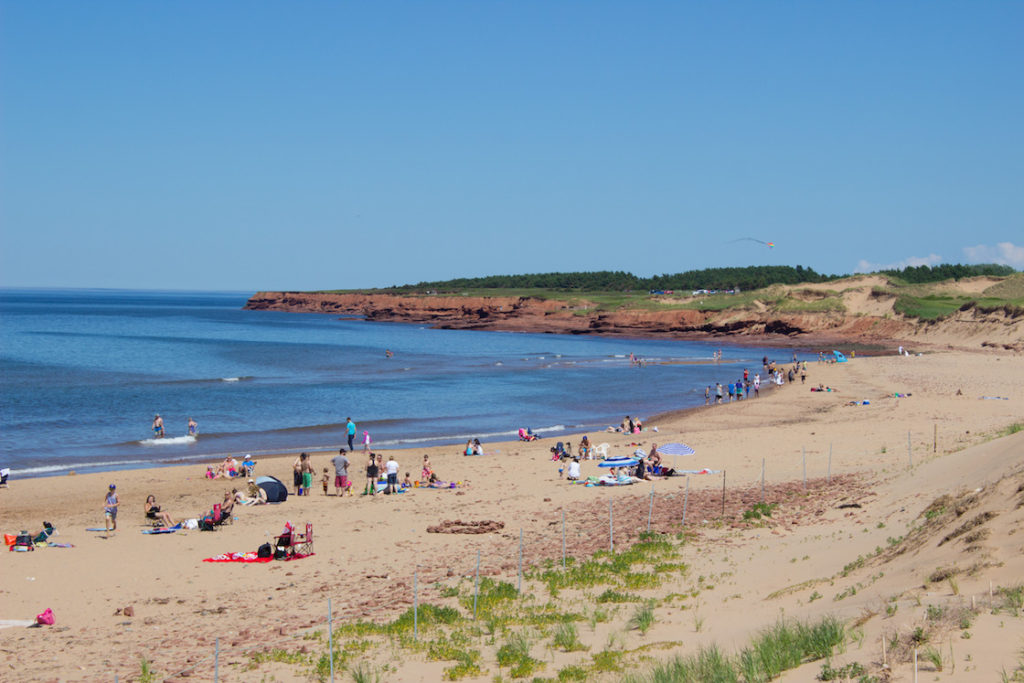 As the south part of the island is known for its red sand beaches which are better for looking at than lying on, most people head north to relax on the white sand beaches of Cavendish Beach, Brackley and Greenwich. Those who make the trip to the east side are in for a treat, as beautiful Basin Head Beach has sand that actually “sings” when you walk on it! 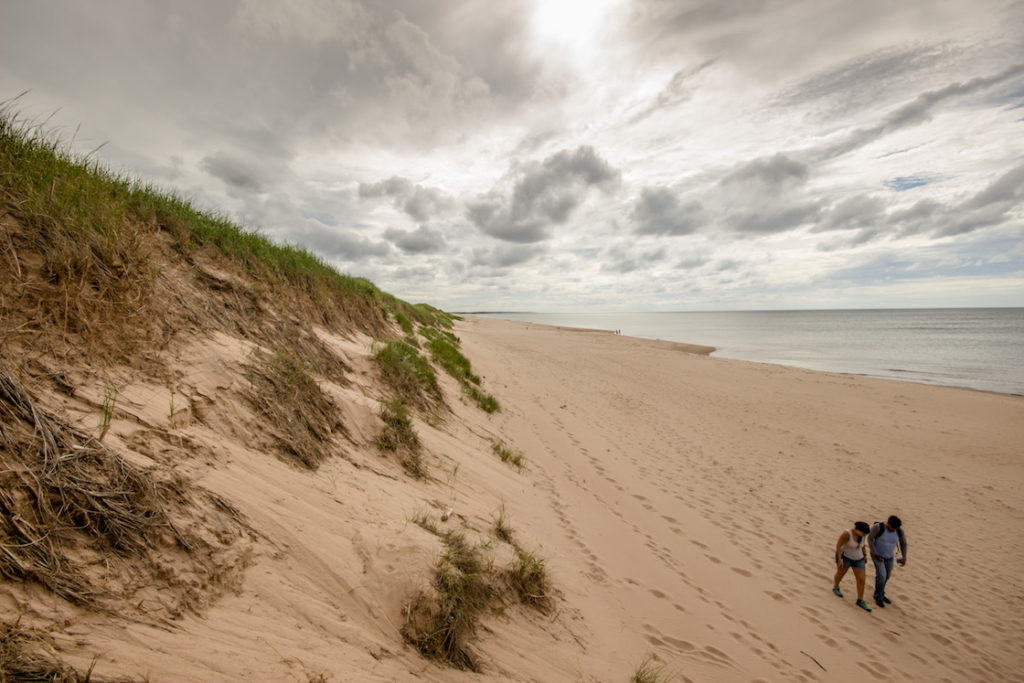 Spend at least a day in Charlottetown to check out the provincial capital which also has a long history. With a laid-back atmosphere even in peak summer months, it’s a great place to learn more about the birthplace of Confederation, shop or enjoy a live performance. Notable spots include pretty Victoria Park winds along the waterfront, the elegant Beaconsfield Historic House, and pedestrian-only Victoria Row which has great outdoor patios and restaurants.

READ MORE: The best things to do in Charlottetown for every type of traveller 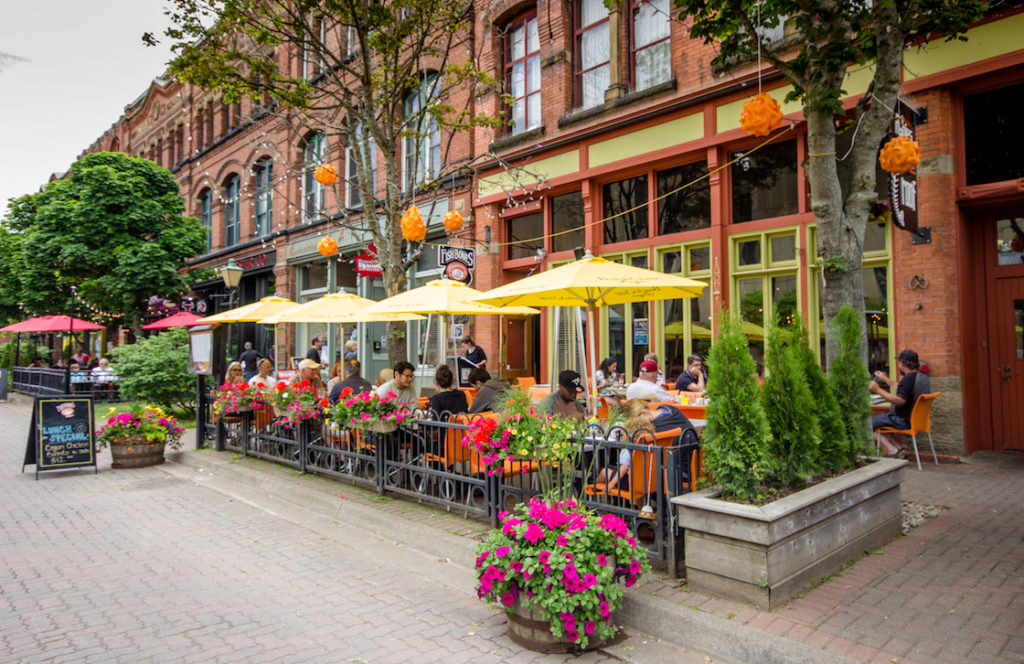 Given the island’s Scottish heritage, it’s no surprise that PEI is beloved by golfers. Considered Canada’s top golf destination, the island has more than 30 courses suitable for all skill levels. Popular picks include scenic Stanhope Golf & Country Club, Mill River Golf, and Green Gables Golf Club which winds through the historic site and was designed by the legendary Stanley Thompson.

Where to stay: St. Peter’s Bay on the northeast part of the island is only an hour from Charlottetown, yet feels a world away thanks to its proximity to gorgeous Greenwich National Park. Book a cottage at the charming Inn at St. Peters, which is right on the water, has staff that know your name before you even walk in, and boasts a fantastic restaurant. Click here to book 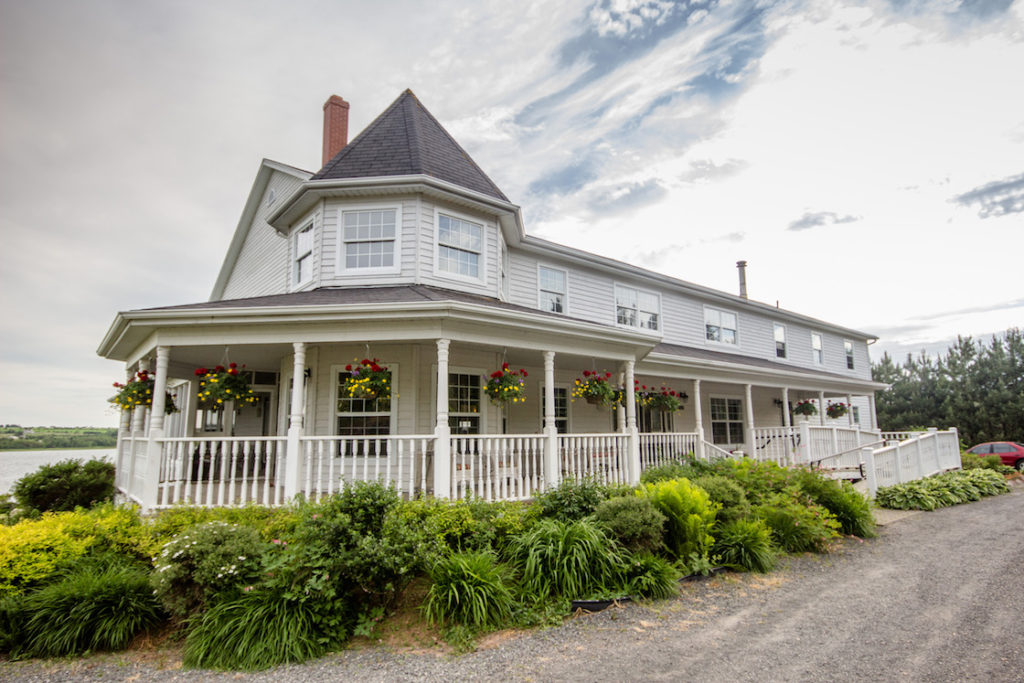 The charming Inn at St. Peters

There’s no shortage of options for those staying in Charlottetown, suiting all needs and budgets. Try The Hotel on Pownal which is just steps away from all of the city’s main sights and also has a complimentary happy hour which includes wine, beer and fresh-baked cookies. Click here to book

How to get there: Many visitors either fly into Charlottetown Airport or arrive via car by crossing the Confederation Bridge between PEI and New Brunswick. Northumberland Ferries also offers ferry services between PEI and Nova Scotia. 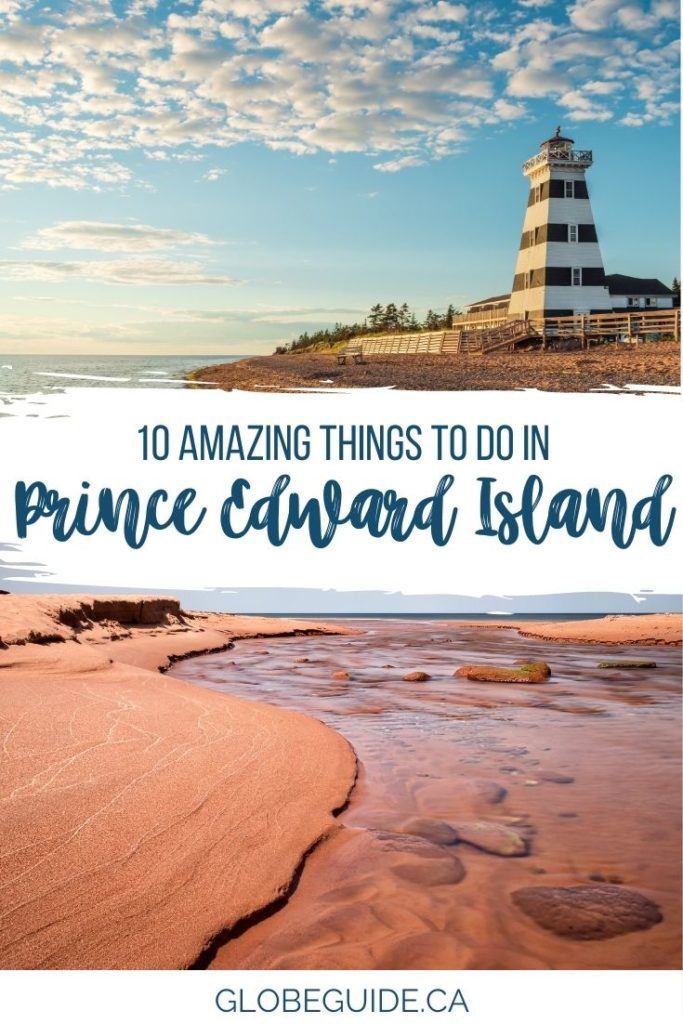 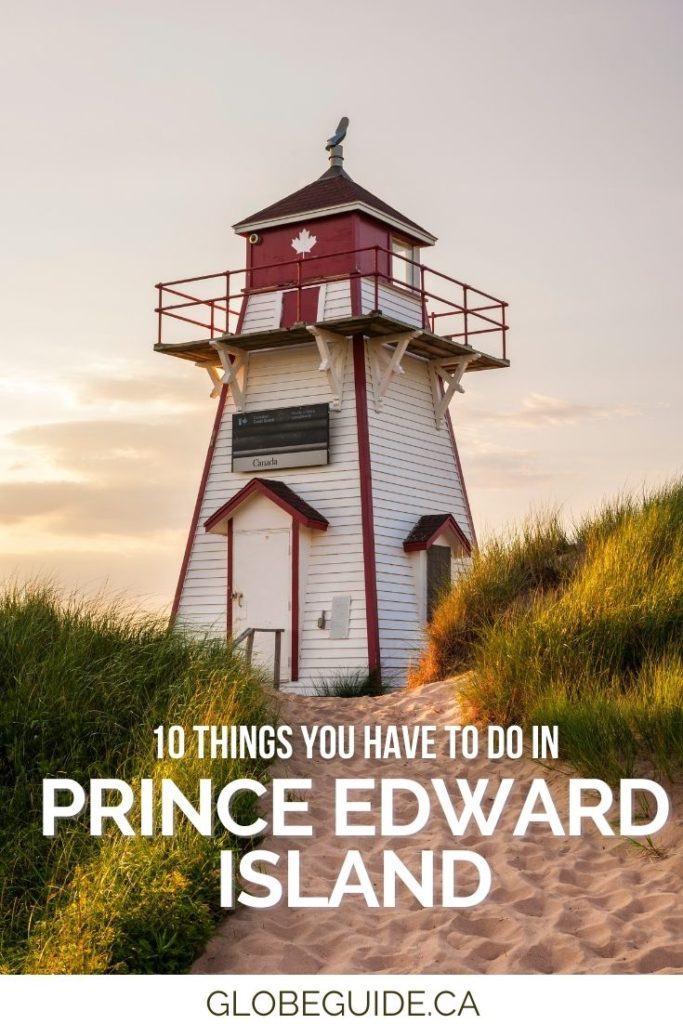 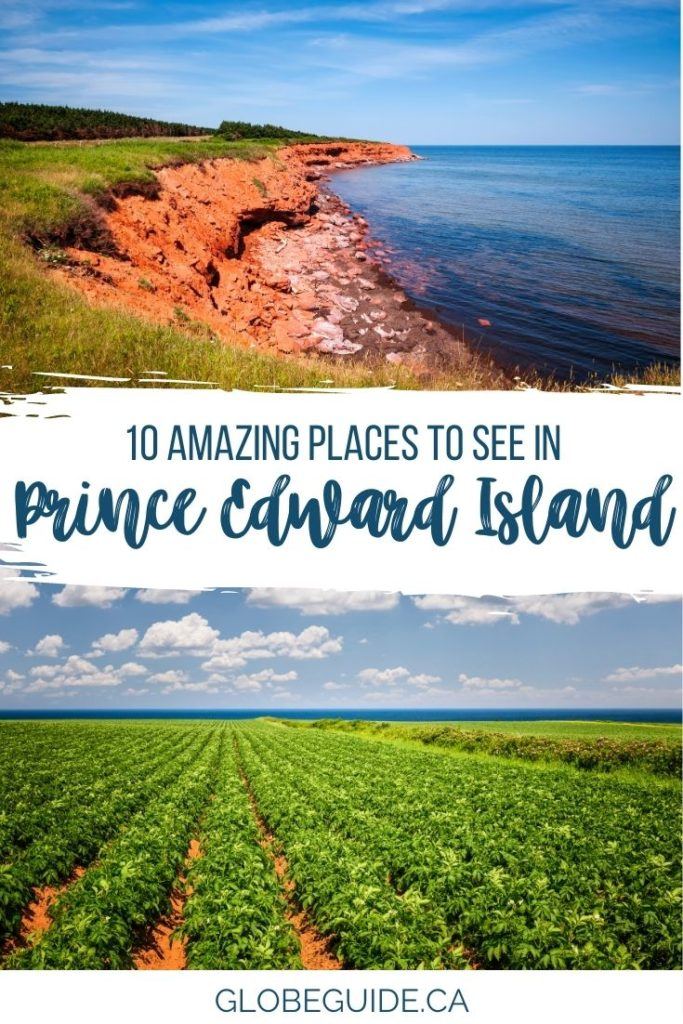 Globe Guide explored PEI in collaboration with Tourism Prince Edward Island. As always, hosts have no editorial influence on articles. This article was originally published in August 2016 and updated in December 2020.